24 Hours in Bosnia and Herzegovina

After four wonderful days exploring Dubrovnik, it was time to move along to my next destination and 49th country; Bosnia and Herzegovina. I had arranged for Hertz to deliver a car to my hotel and planned to be in Mostar by lunch time.

I had a lovely last breakfast at the Hilton, checked out of my pretty room, and sat in the lounge to wait for my car. TWO HOURS LATER... There was some type of accident on the road to or from the airport where the car was coming from. 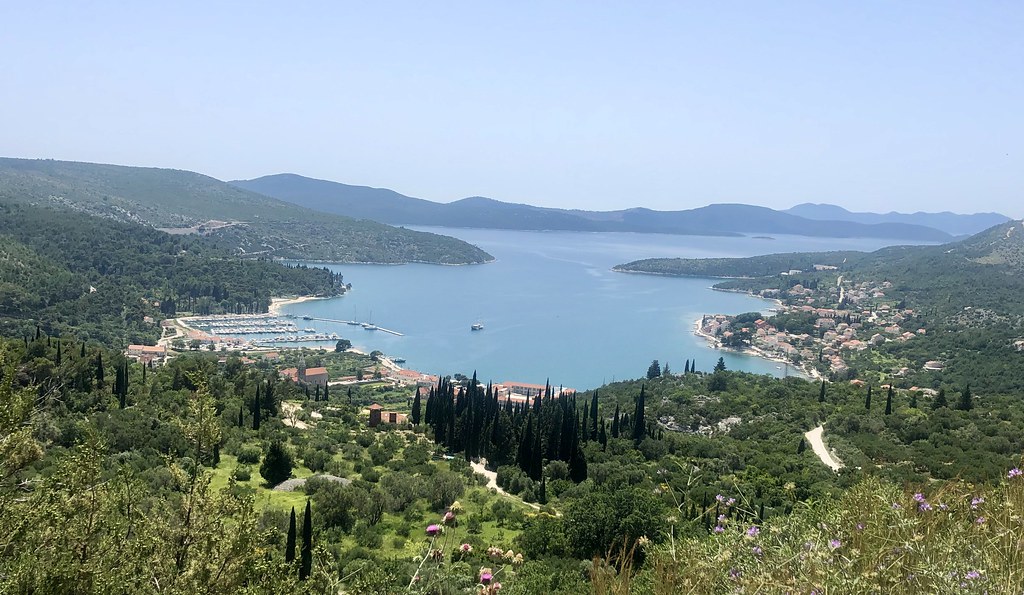 The staff at the Hilton went out of their way by calling regularly for ETA updates, and even sending me some delicious cookies and tea while I waited. In the end, Hertz upgraded my car to a cute little Alfa Romeo and waived the fees that I would have incurred driving into Bosnia.

It was an absolutely stunning day for my 2 ½ hour drive. I was using Google maps and hadn't really looked carefully at the route it was sending me down (just like when I drove to Kobarid, Slovenia) so after passing the beautiful coast, when my directions had me turn off onto a dirt road and head up a mountain I just followed along. 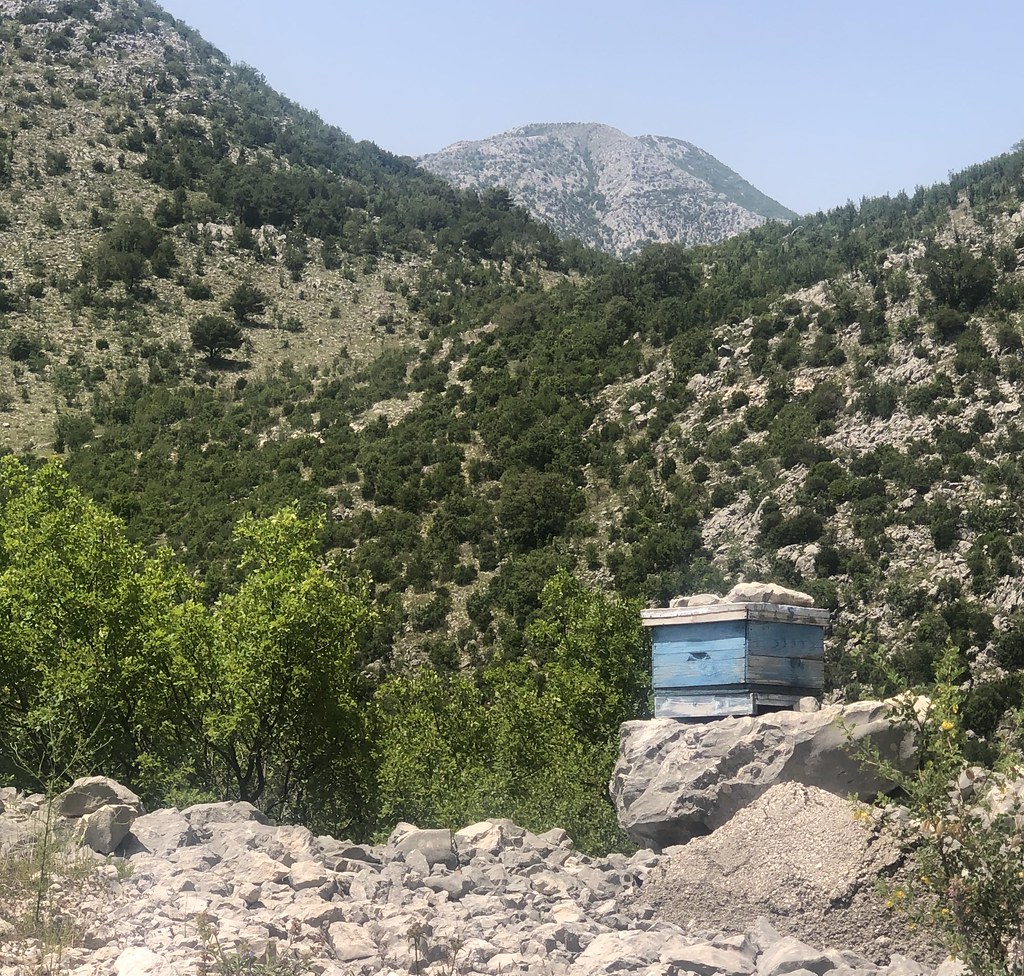 It was just me, a few snakes in the road, some random beehives, and finally a border crossing that was closed and for military use only. One day I will learn my lesson.

I turned around, got back on the highway, and found the real border crossing. Most sites warned of 30+ minute waits, but I was through in 5. At least one thing went smoothly! I stopped at a bakery in the first town I drove thru and bought some flaky, meat filled pastry called burek for the drive; I had missed lunch! When I purchased the pastry I explained that I had just come from Croatia and didn't have any Bosnian currency on me yet. She laughed and said that she would happily take *any* currency! Also since most residents in the south are actually Croats and are fine taking Kuna.

Google soon had me back on one-track roads, through war torn hills, with hardly any other people around. Adventure! 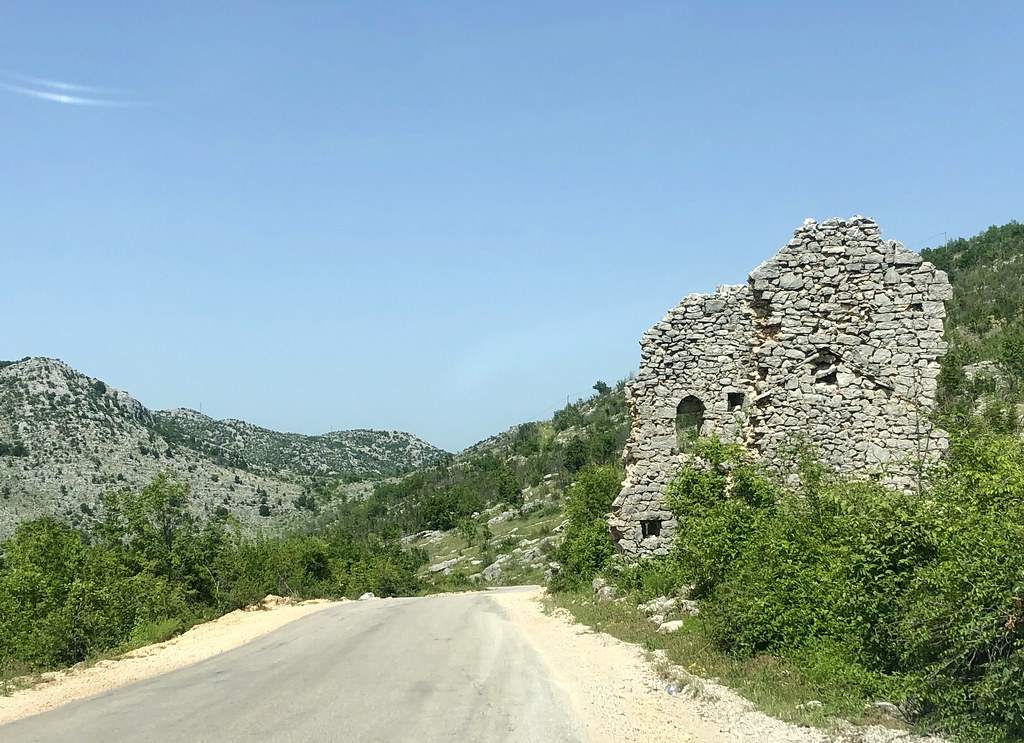 Don't get me wrong, it wasn't all scary! I did pass some lovely churches, drove through valleys filled with wildflowers, and got out of my car to take in the scenery of a very large lake (although there were signs warning not to hike because of possible landmines).

I arrived in Mostar around 4:30pm and found my way to my hotel, The Muslibegovic House. The hotel is also a museum and has been in the same family for 9 generations. The 18th-century house retains original decor and furniture in the traditional Bosnian-Ottoman style. I was shown to my room which was outfitted beautifully, although the bathroom was in desperate need for an update. 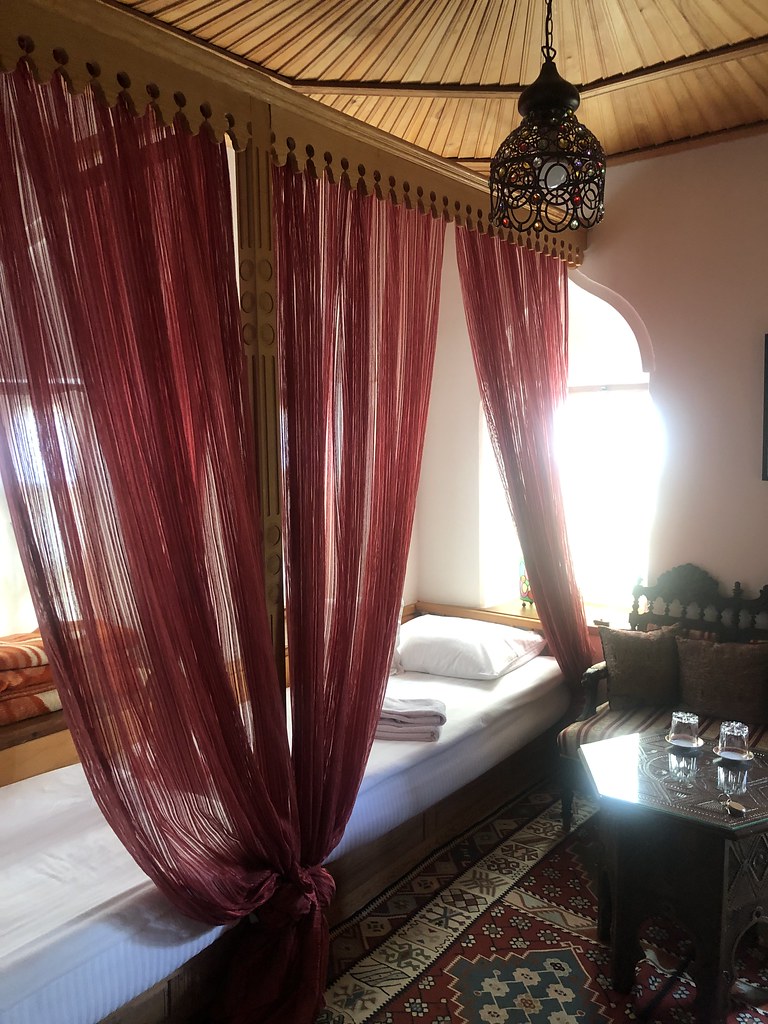 The hotel also has no lift and it was about 100F in Mostar that day. The thought of hauling my luggage up the hot stairwell did nothing for me so after moving my car to their free and secure parking lot, I grabbed a few things from my suitcase and stuck them in a tote, took a cold beer which was offered to me at the reception desk, and chilled out in my room for a bit while looking over the map of the town.

After I freshened up I headed out to explore. It was definitely a bit shocking to walk past buildings that are abandoned and crumbling from being shelled. Mostar was the site of very heavy fighting during the war in the 1990's and although a lot has been rebuilt, there are still very obvious reminders of the war. 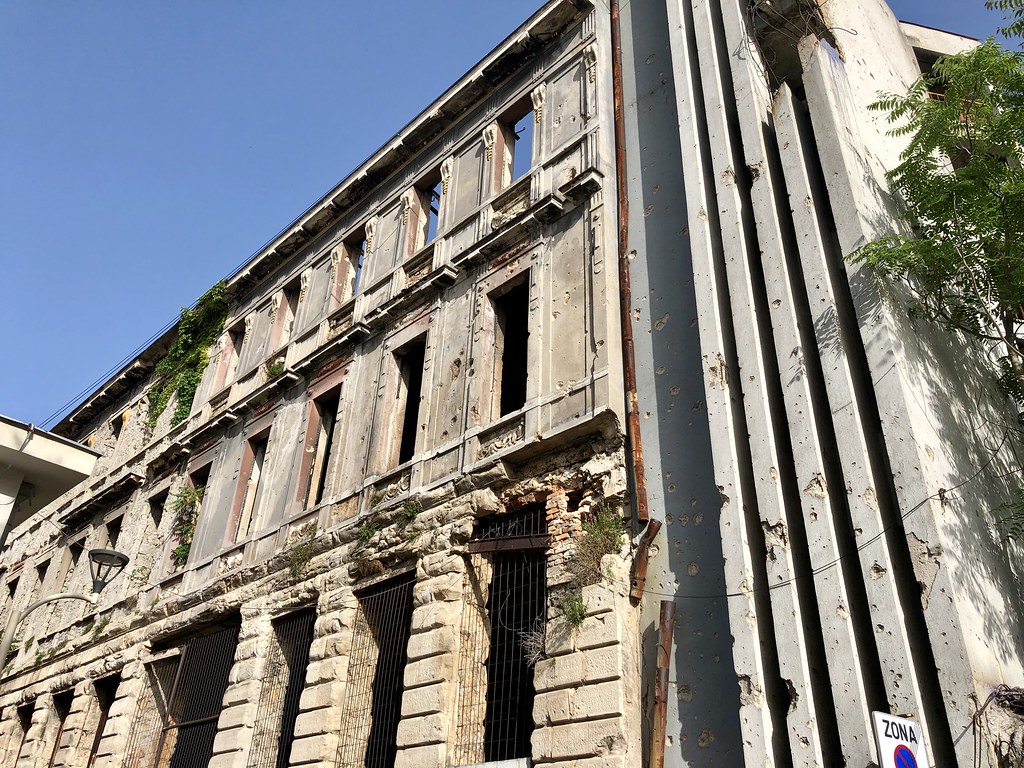 Mostar is historically the capital of Herzegovina, which is the southern area of the country. The architecture is a mix of large Soviet looking cement buildings, medieval stone-walled ones, Mosques and Catholic churches. It makes for very interesting scenery. 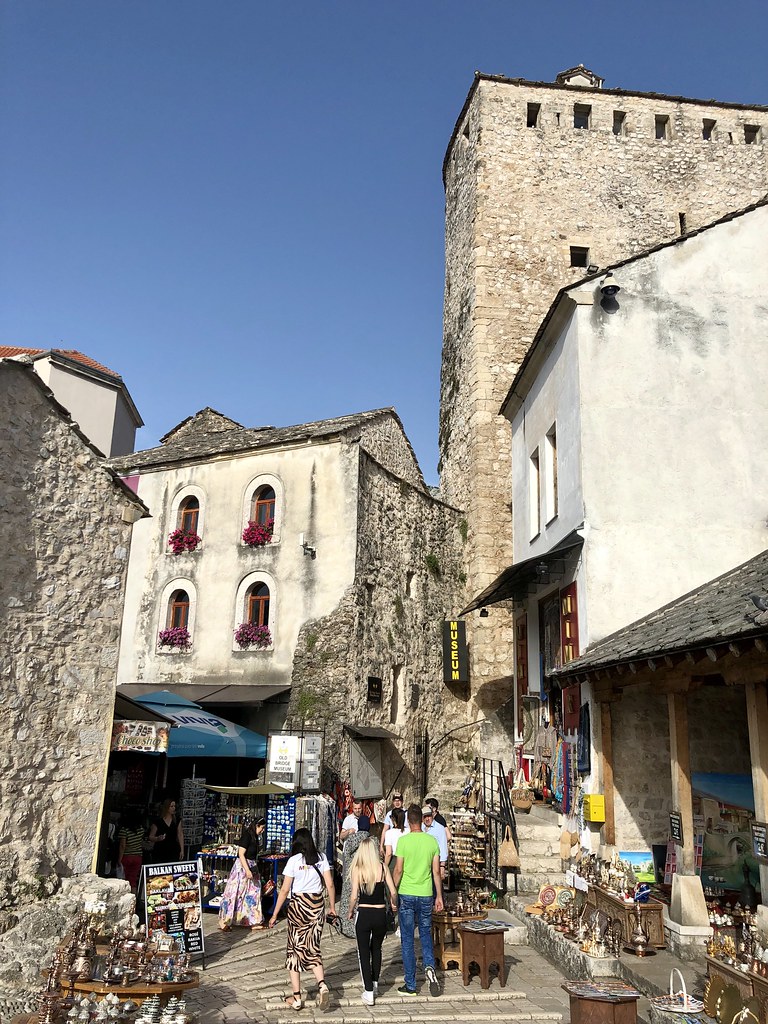 It's just a 10 minute walk from the hotel to the famed Stari Most (Old Bridge) and the Old Town. Most of the streets are very large cobblestone (not safe for wedges!) and on this Saturday afternoon the tourists, which descend in large busses for the day, still clogged the streets. Shops sold typical tourist chachkis as well as antique looking tea sets, servingware and lamps. 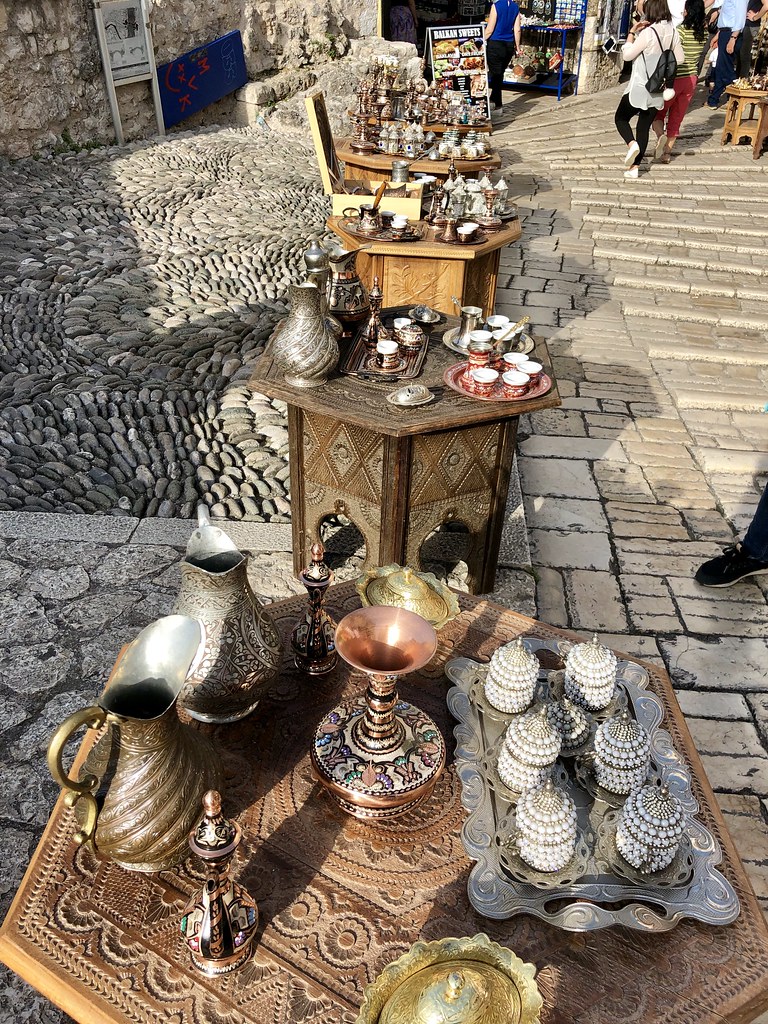 Walking across Stari Most gives you an amazing view of the Old Town, sprawling both sides of the river, and the stunning blue waters of the river Neretva. 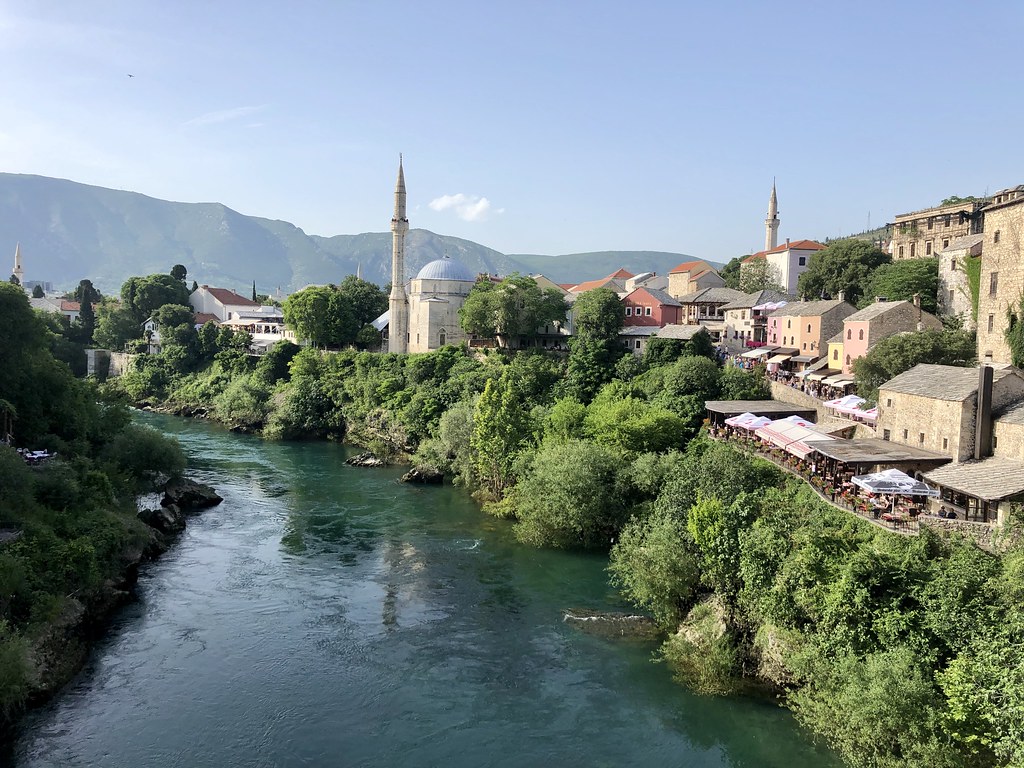 Three men stood perched on the top of the bridge, encouraging the tourists to give them money for their promised jump into the river. This tradition has been going on for over 450 years and was a rite of passage for boys. Now it seems like more of a money making situation as I watched the same 3 divers tease the tourists with many false starts. My guess is there is an hourly goal they collect before jumping. 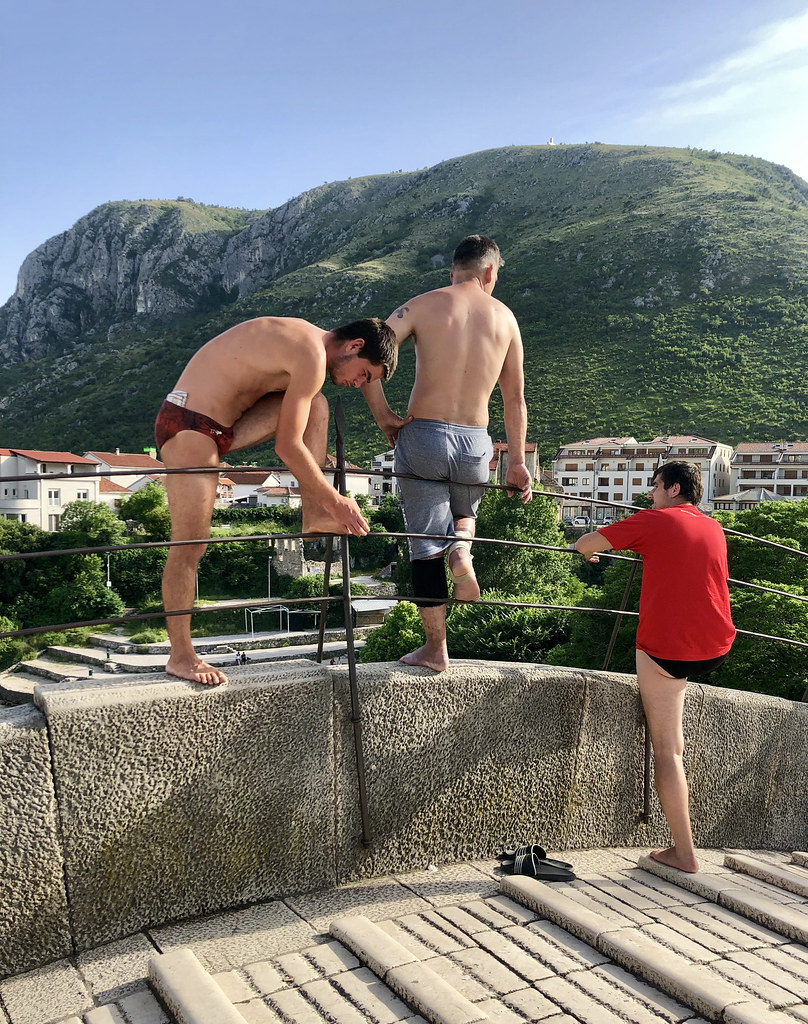 It's still fun, and after I crossed the bridge I wandered the old stone streets down to the riverbank for a better view and to see if one of them would finally jump. He did. 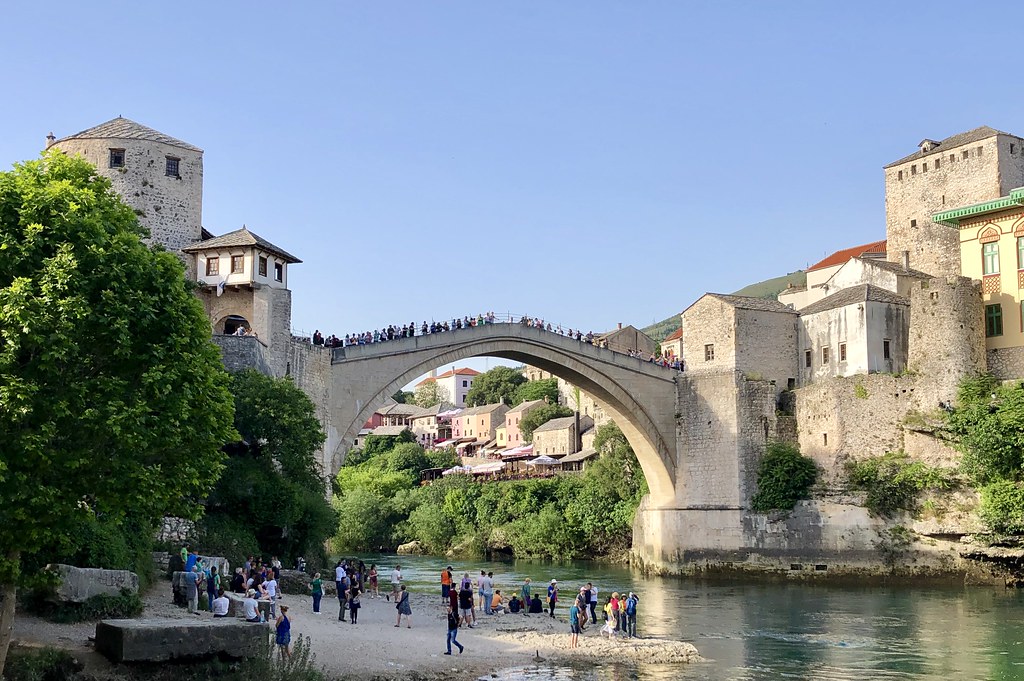 The heat was finally subsiding so I went in search of a glass of wine with a view. Most of the restaurants that line the banks will only let you sit if you order a meal, but I finally found one that let me order a couple of glasses of the local white wine Žilavka and relax. 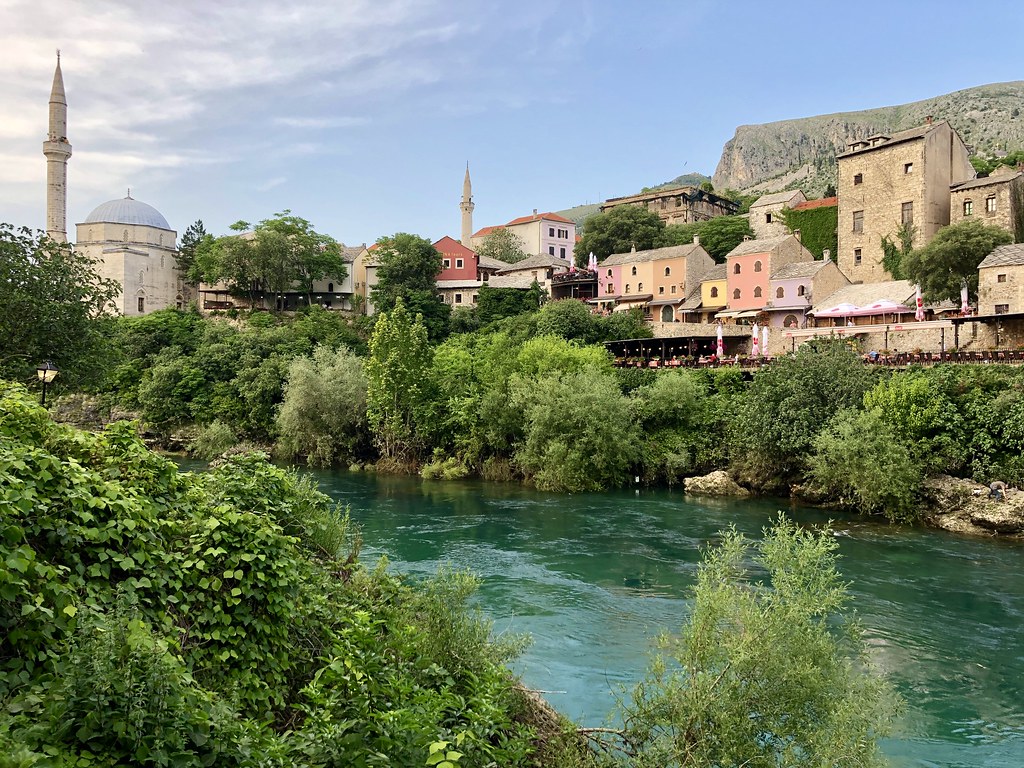 The crowds thin drastically as the day turns to evening. It was noticeably less crowded as I made my way to TimaIrma for dinner. This traditional grilled meat restaurant has been family owned for 30 years and is very popular. I had a bit of a wait but once the host (owner?) found out I was solo she grabbed an unused seat from a neighboring table and found a nook for me outside on the patio. 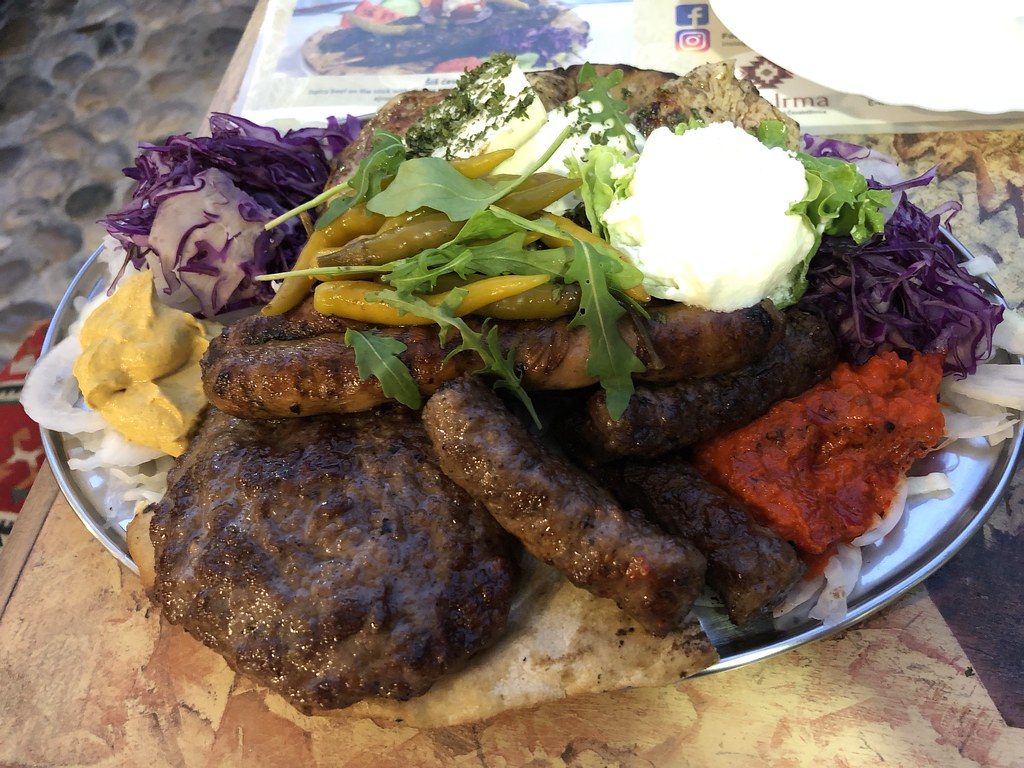 Ćevapi, mixed grill meats, is considered the national dish of Bosnia and Herzegovina. It's served with flat bread, local cheese, salad, and cream cheese. I ordered the dish for one and it was HUGE! I also ordered a glass of wine which came in a little minis bottle. The owner shoved a second in my purse "for later" she said with a laugh! Dessert of baklava was also delicious (and another gratis from the owner). Excellent food and wonderful people, highly recommend! 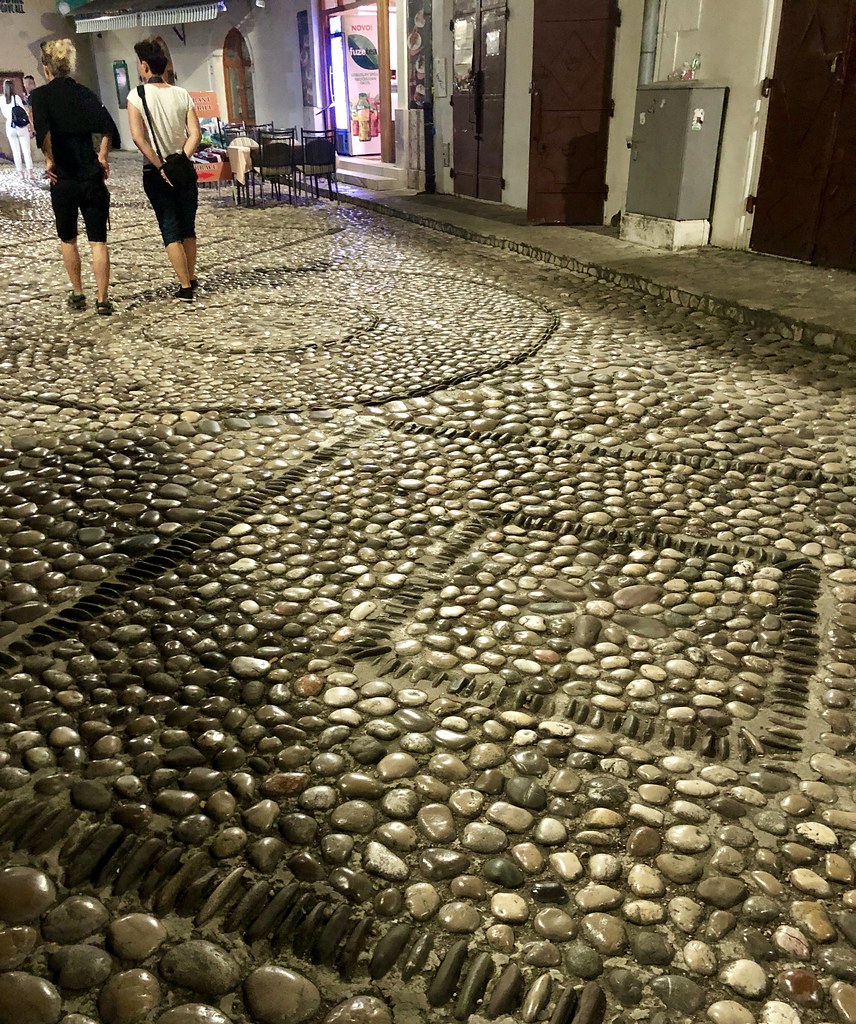 Walking back after dinner, the streets were much quieter. This is a big reason I like to stay the night in day-tripper towns. It's a much different atmosphere after hours! 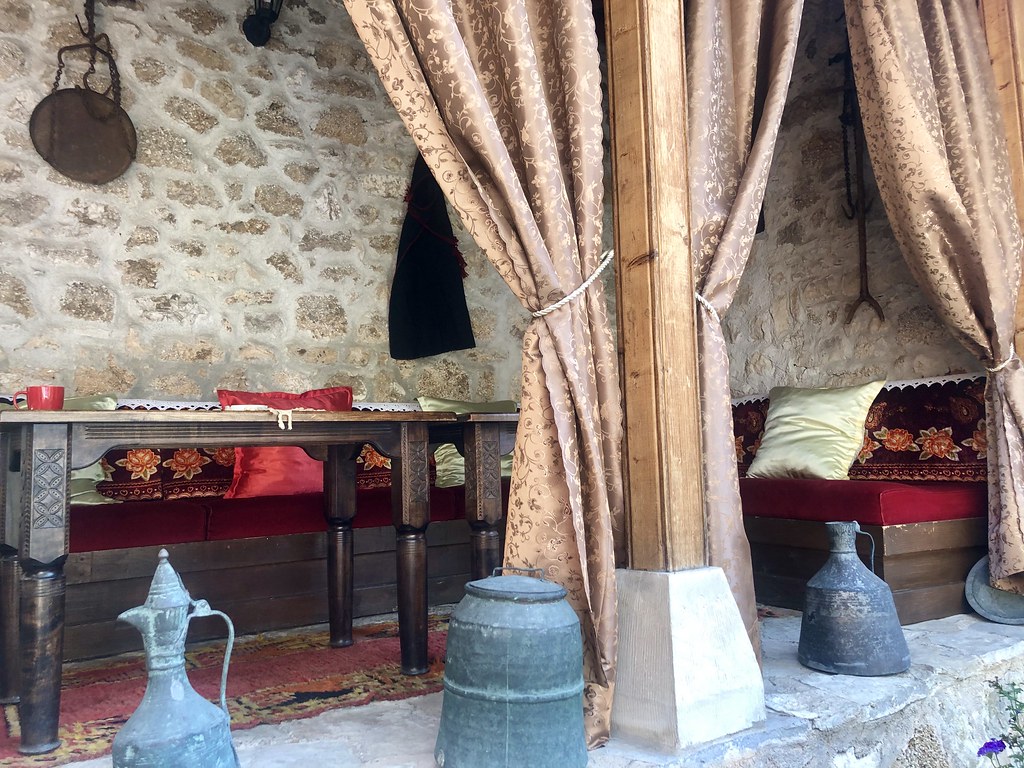 The next morning I had breakfast at the hotel in a beautiful outdoor space. I had signed up for a tour of the museum with a few other guests afterward. It's a great peek inside the lives of the Muslibegović family and how things have changed over the years for their home. They take you through personal rooms as well as common spaces and explain the significance of the residential architecture of Ottoman-era Herzegovina. 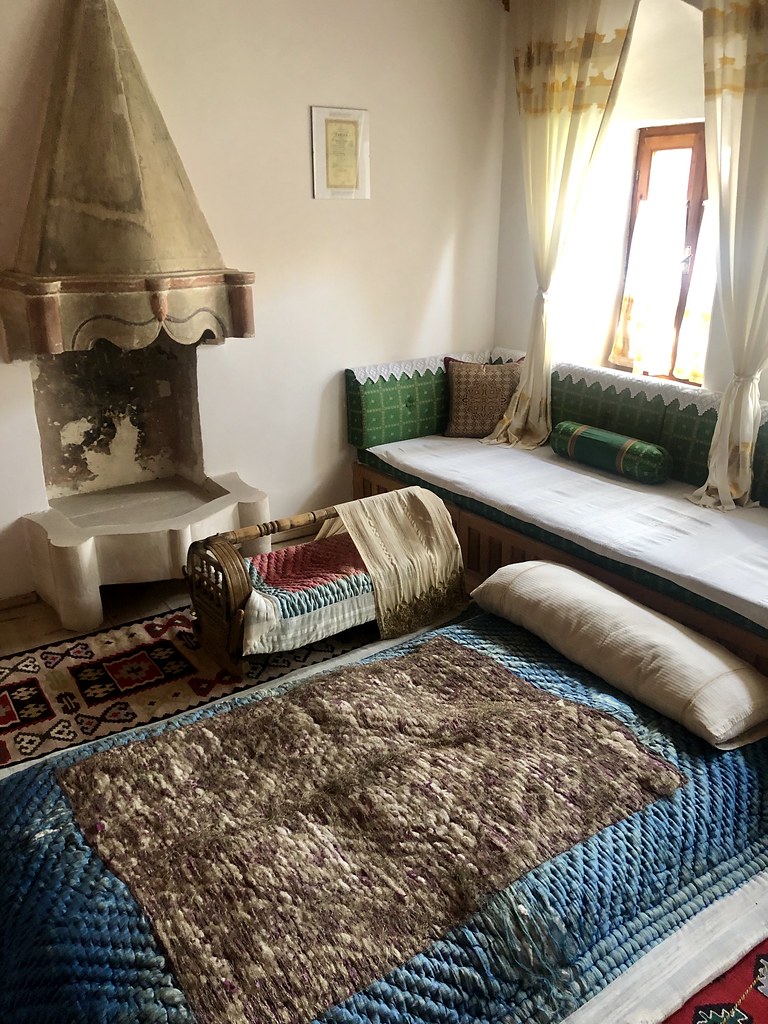 I was really happy to have stayed there as it was a such a unique experience! I checked out but left my bags with the front desk so I could explore the town a bit more. The hotel takes cash only and my room was 120 Marks.

It was another hot day, 98F this time, as I set out on a little walk around. I found Mostar to be such a strange place, the juxtaposition of war torn buildings next to pretty cobbled streets lined with tourists. 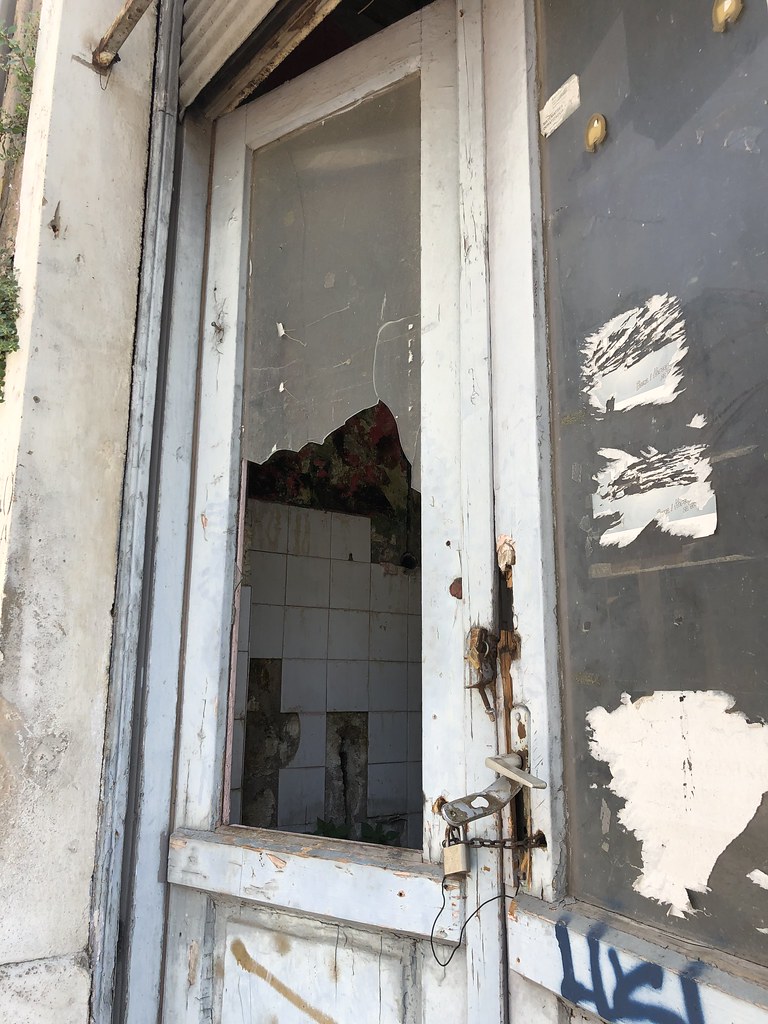 The beloved bridge, built by the Ottomans in 1566, was destroyed November 9, 1993 by the Croatian Army. Many civilians lost their lives during this period of heavy fighting also. It's sobering to see the rows of headstones, all with the same dates. 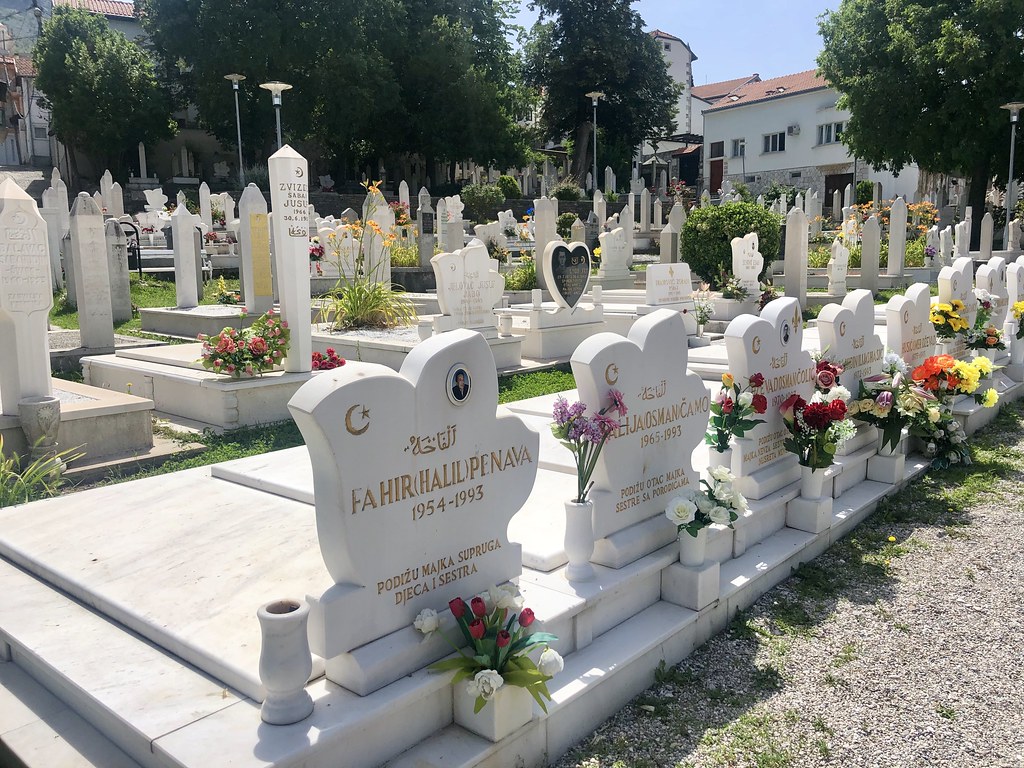 I walked back over the bridge and found a little cafe (Muslim owned so coffee/soda only) with a view of the bridge jumpers. Sunday seemed to be much quieter than Saturday and the jumpers didn't try for tips long before plunging into the river below. 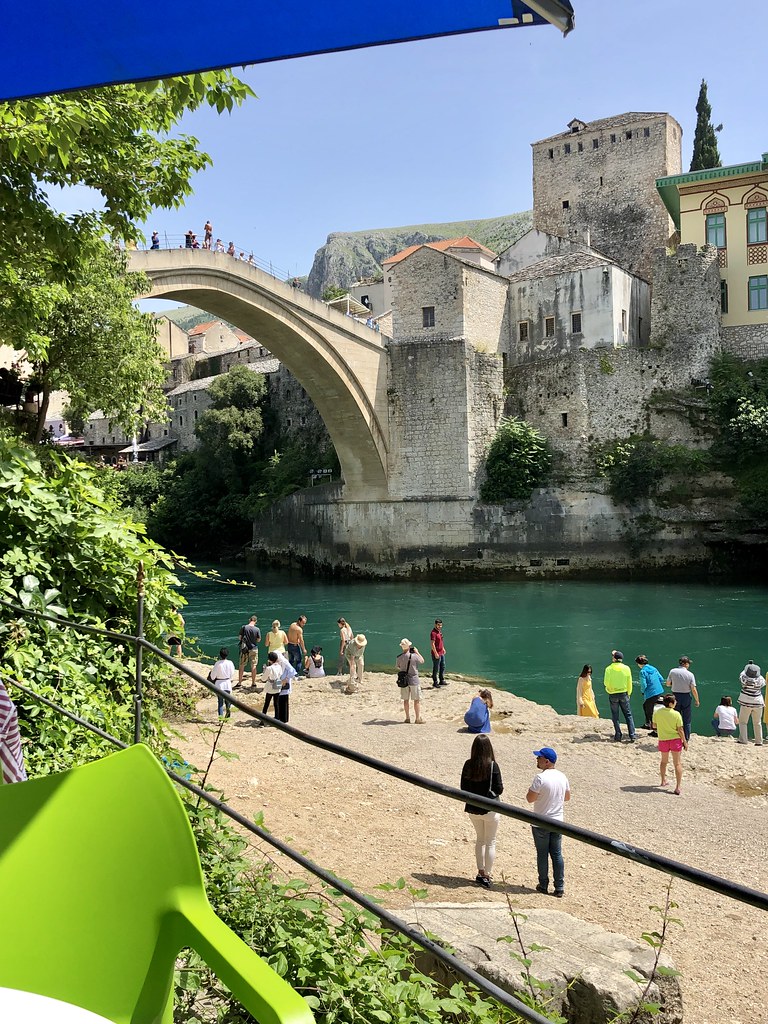 Lunch in the shaded garden setting of Sadrvan, another traditional restaurant in the Old Town, was recommended to me. I had a smaller version of the local cevapi, this one served with fries, which was very good. And really, the patio here is lovely! And then it was time for me to pick up my luggage and get on the road. 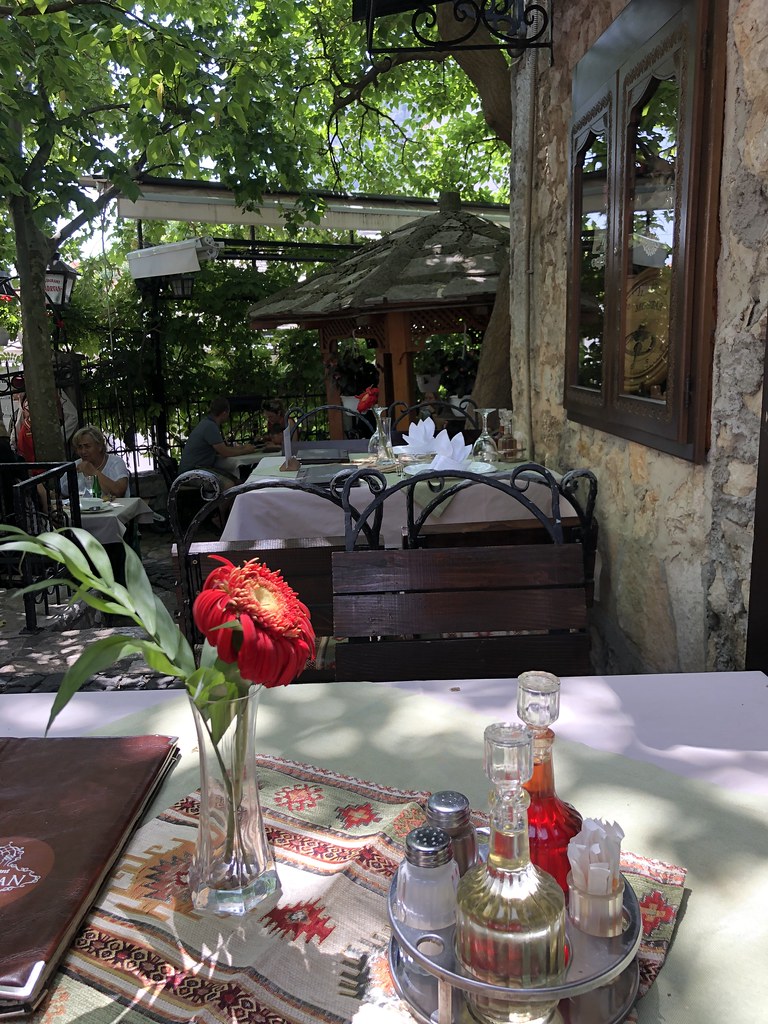 This was a very interesting stop for me. I would have loved to get up to Sarajevo also but my timing didn't allow for it. I never felt unsafe here, I felt confused though. The war was hard for me to understand while it was going on and is still hard for me to grasp fully. The people of Mostar were so friendly and welcoming, you almost forget about the atrocities that they dealt with. 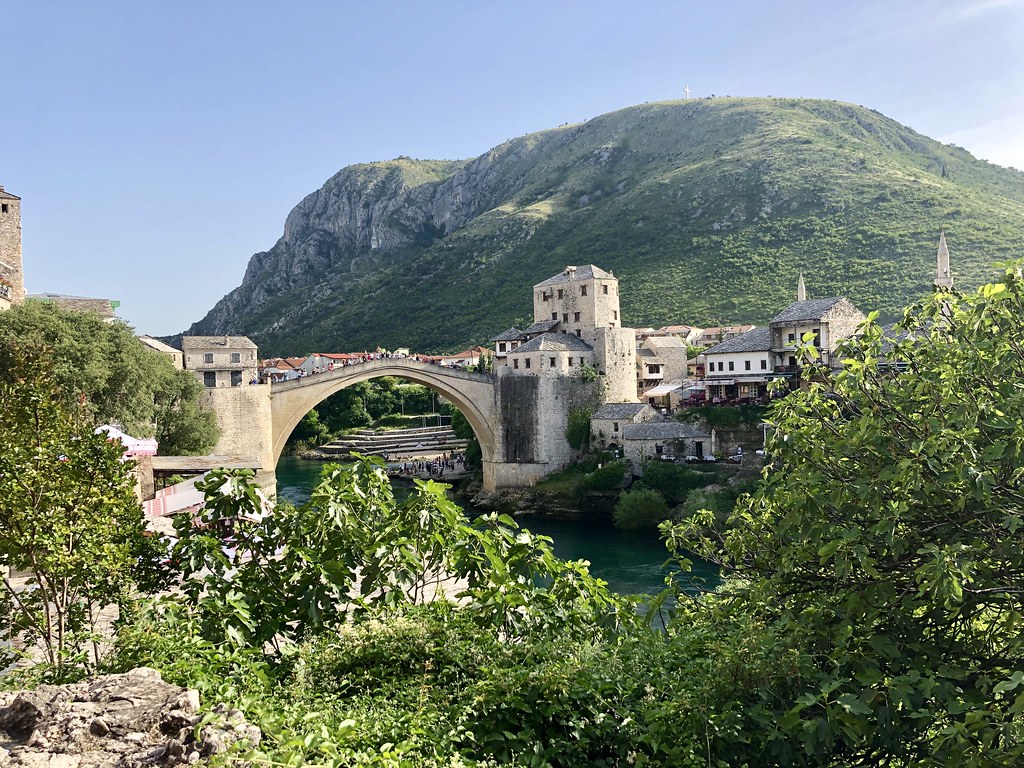 If you are driving in Bosnia and Herzegovina it is best to keep your car lights on, make sure your rental has a green card for cross border travel, and don't speed. You don't need a visa. It's also best not to go hiking without a guide because of the possibility of leftover landmines in the country.

All photos from Mostar here.