Is there any treat that says "Paris" more than the macaron? I'm trying to remember the first time I had one but I'm drawing a blank. Surely I don't want to think of a life without macarons though! You might think that I'm crazy for sweets but those of you who know me know that I choose cheese over dessert any day. So why the infatuation? There is just something about those pretty cookie sandwiches filled with interesting fillings that has my heart.

Forest and I found ourselves conducting an informal macaron tasting starting in the 9th after lunch at Rose Bakery (which was good but a bit over hyped and over priced IMHO). We walked across the street to Arnaud Delmontel, they advertise the fact that they won the best baguette in Paris for 2007 and they have very pretty patisseries in the window to entice you inside. 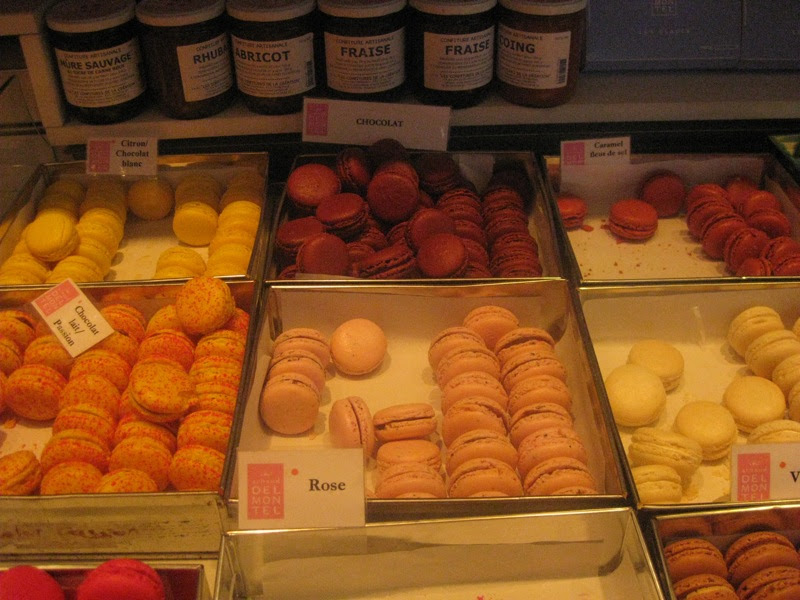 I'm forgetting which flavors we chose now but we were both very disappointed in all of them. They were over sweet and the fillings were like jam, gummy and unappealing. Fail.

Another day, another macaron (this should be Paris' official slogan!) 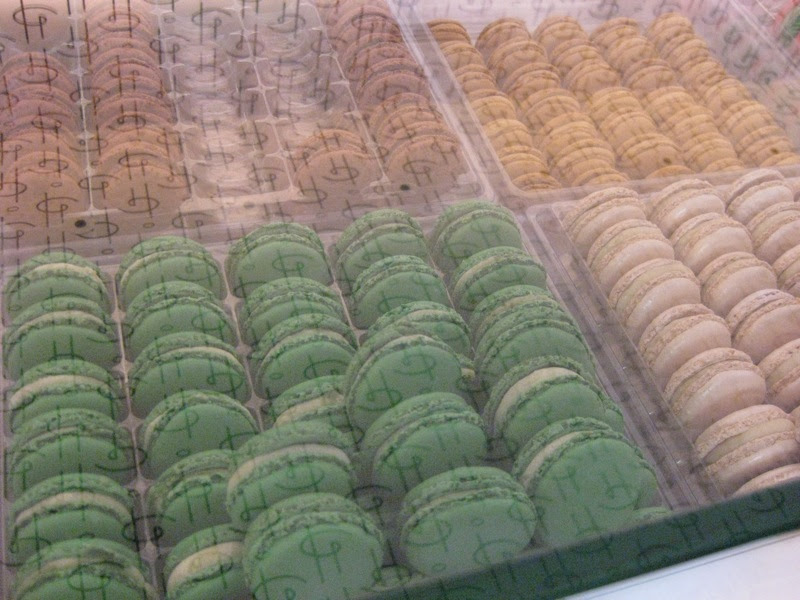 Pierre Herme. I'd never been (gasp!) and Forest insisted that it was top on her list so off we went. Insert swoon gestures here. These are amazing! Perfectly light cookies that crackle when you bite into them, really interesting flavors, filling that is light as air, not too sweet. Delicious!! Win! Of course Pierre Herme also does chocolates, Dayne declared them awesome when I brought them home.

At Fauchon we found macarons only at their cafe, not in the main shop. Again we chose a few flavors and again we found disappointment. Sweet, uninspired flavors and gummy filling. Fail.

Finally as I headed towards security at CDG on my way home I spotted a precious little cart- Laduree! I've had them before and have always thought they were the best, but would they hold up against the now favorite Pierre Herme? They had gorgeous little boxes that held 6 snugly so I chose a few flavors I knew Dayne would like and a Pistachio and flavor of the month, Christian Louboutin, for me. I made sure the box wasn't smashed in my carry on and immediately upon arriving home at 10pm we opened it. I assured Dayne we needed to eat them all right away as fresh macarons are the best macarons! Let me tell you that Christian Louboutin flavor, raspberry cookies with chocolate ganache filling, was amazing! And I even kept my pistachio macaron for breakfast the next day and it was still great. Winner! 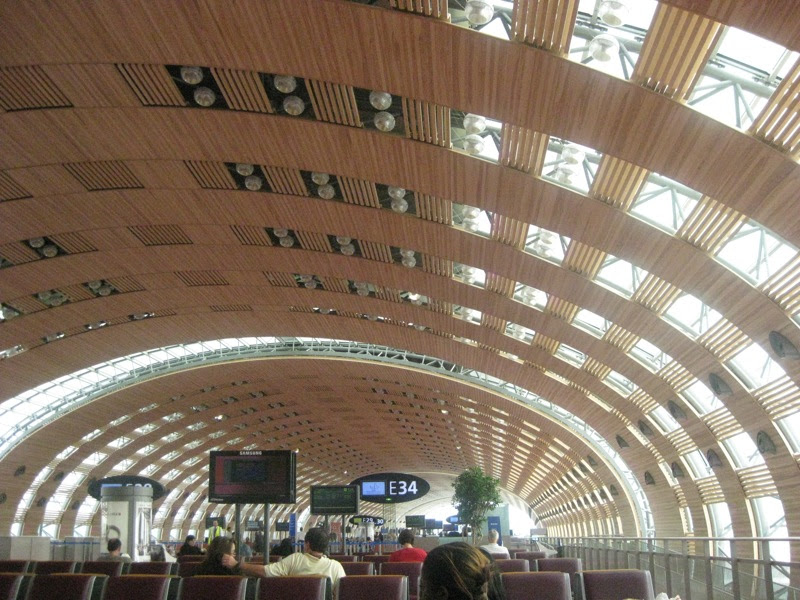 It would be tough for me to pick only one if I had to between Laduree and Pierre Herme. So I won't!
at November 22, 2009 2 comments: Links to this post 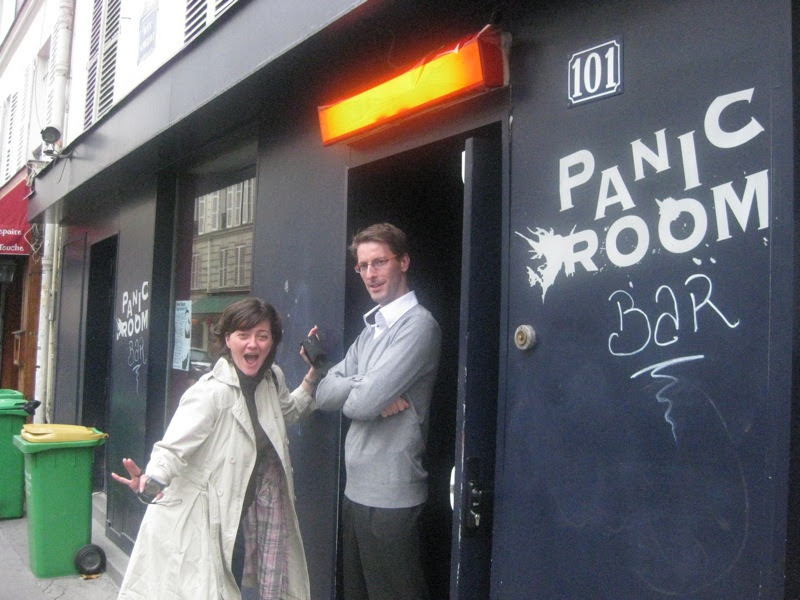 Forest and I returned to Paris from Hamburg and immediately headed out to meet her Wednesday Cocktail Adventure group, this time at Panic Room in the 11th. As always I had a great time with Forest and her friends but the Panic Room is not some place I would put on my suggestion list for cocktails. The worst? non. But there are so many other places to go.

After 2 rounds of cheap happy hour libations our group of merry makers headed down the street to another bar called 4 Elements. The bar breaks each room up into a theme. The main bar being Fire; a semi private hang out room being Earth; the bathroom Water and the fumoir (smoking room) Air (LOL!). Again this place is all about the vibe and having a good time with your friends. When I thought out loud of getting a martini Forest's friend Jim suggested it would not be what I had in mind and I should stick to simple "on the rocks" drinks instead. Cubra Libra, done.

But not to worry we also had some very well prepared cocktails, made by bartenders who take their craft seriously and are paving the way in Paris. Pre-dinner drinks at the Experimental Cocktail Club one evening were just as good as I remembered from last year when we visited.

It took two times but we finally had some nice drinks at Le Tres Particulier. Forest has done a good job at explaining the story so if your interested you can read that here . Some cocktails were good, others ok but the setting is really quite pretty and unusual- or particular if you will- and I would go back on a warm summer night so I'm glad we checked it out. 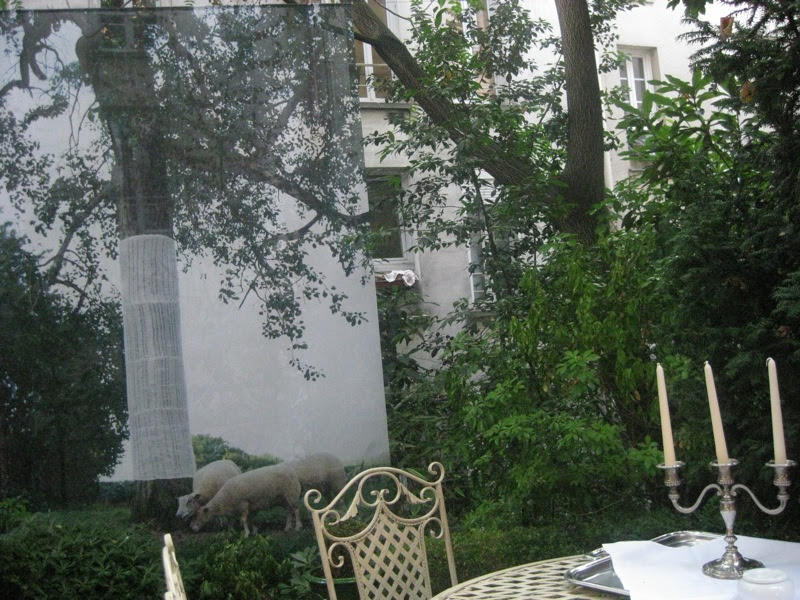 I think my favorite spot that we imbibed in on this trip was Mama Shelter. Located way out in the 20th and tucked inside a boutique hotel of the same name, the space is funky and eclectic. The drink menu is mostly classic cocktails with some originals thrown in. Menus were clipped inside French comic books and both drinks we had were nicely made and tasty. I'd recommend it and I'd go back, it is a bit of a trek but I think it's worth it. 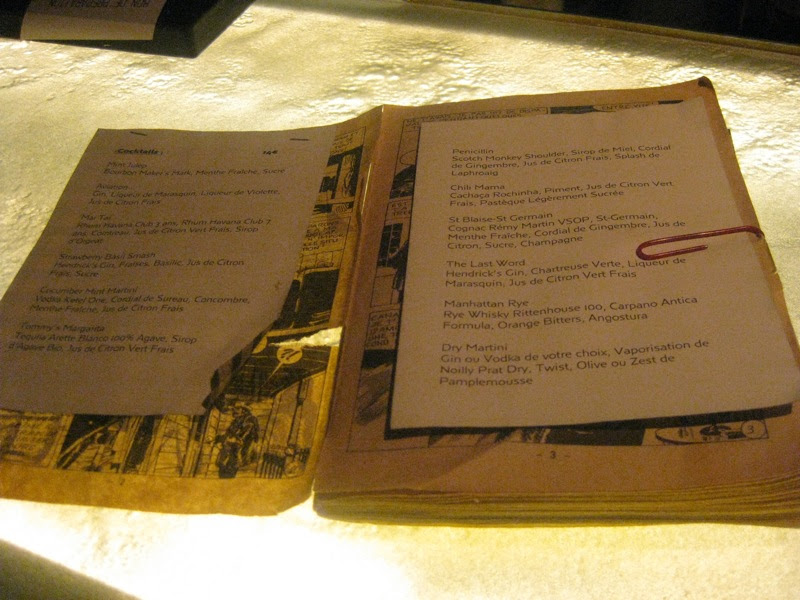 And of course there were cocktails at Chez Forest. Some made with Millers Gin which I brought from the states and others with Fauchon's gin which we stumbled upon while shopping at their gorgeous store in the Madeleine area. Sometimes the best bar is your own (or your friend's!) 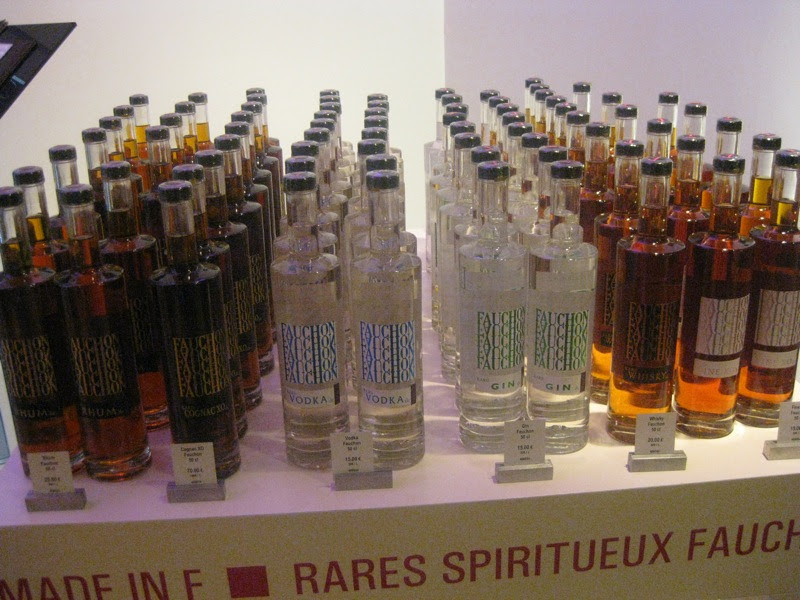 Day two in Hamburg we took a great cruise on the upper lake canals. It is very very pretty with it's swans, mansions, waterways, etc. Hamburg boasts a lot of things- one of them being the Venice of Germany. 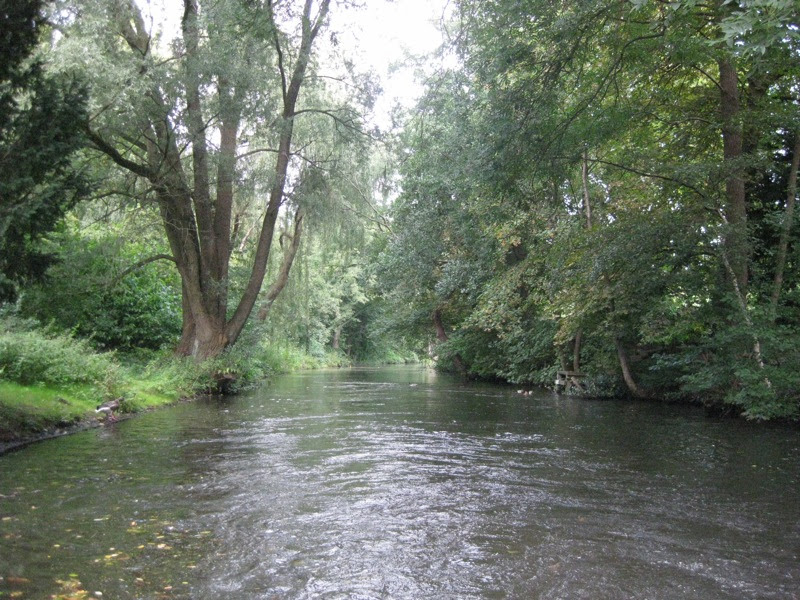 The US embassy here looks like a mini White House... 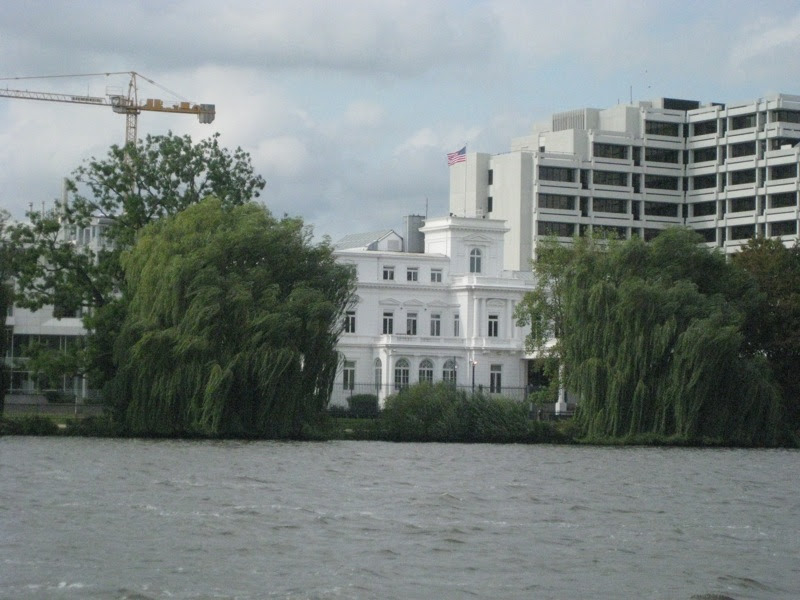 After the cruise we grabbed some lunch and did a bit of shopping. That's what girls do on vacation you know? Eat, shop, drink. In that order. So once we had fulfilled said itinerary we got ready for our night out. 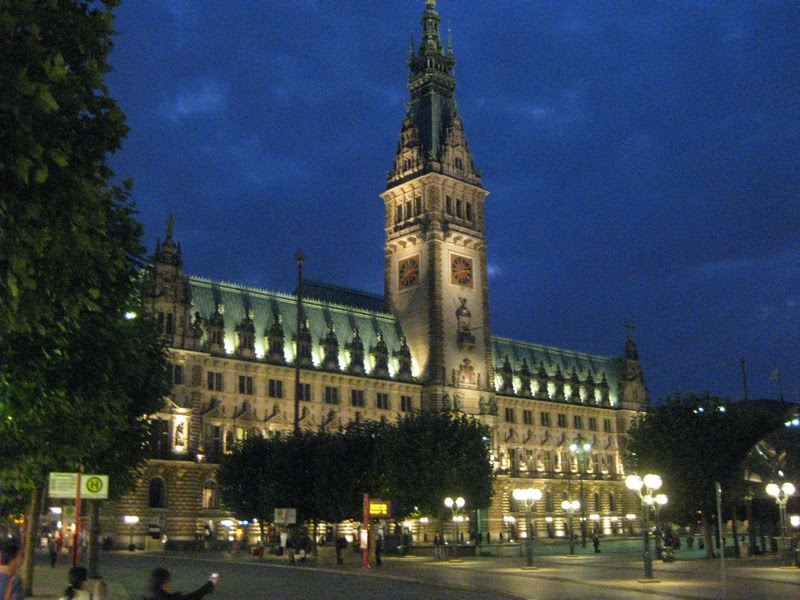 A short walk from our hotel and we were at our destination and very excited! We sat up at the bar and within minutes Mario Kappes was chatting to us while Marcel Baumann mixed up some gorgeous cocktails. When Mario learned that we had come to Hamburg specifically to try out Le Lion he introduced us to owner and fabulous host Jorg Meyer. 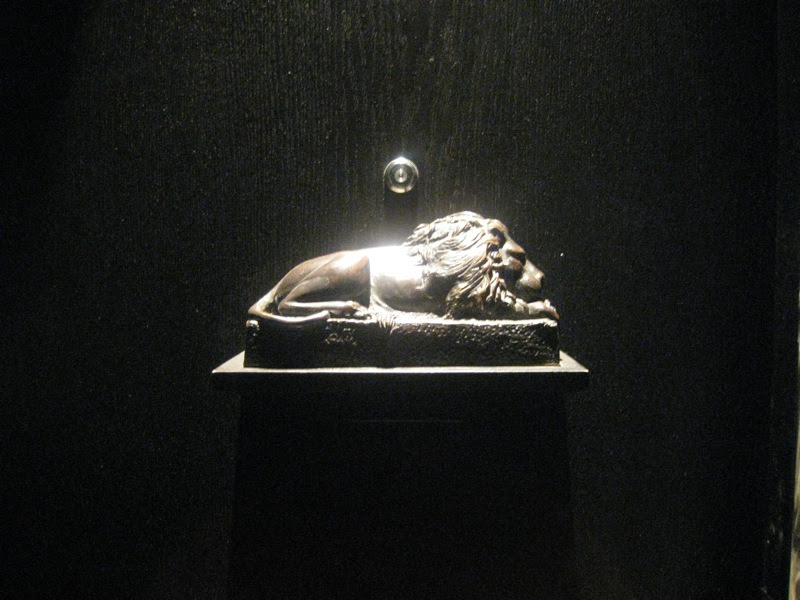 I was asking them about Le Bon Lion which I had heard about from Mike Meinke, a speakeasy supposedly across the street from Le Lion. Mike had told me to bring a little something with a lion on it as entry. Turns out you don't really need to do that and they only use the speakeasy for private tastings now. Well it just so happened that tonight they were doing a private tasting with the first bottle of Cartavio XO being opened in Germany and they invited us on the fun!

A small group of approximately 10 of us walked across the street to the French bistro there, entered the restaurant and climbed a narrow flight of stairs. 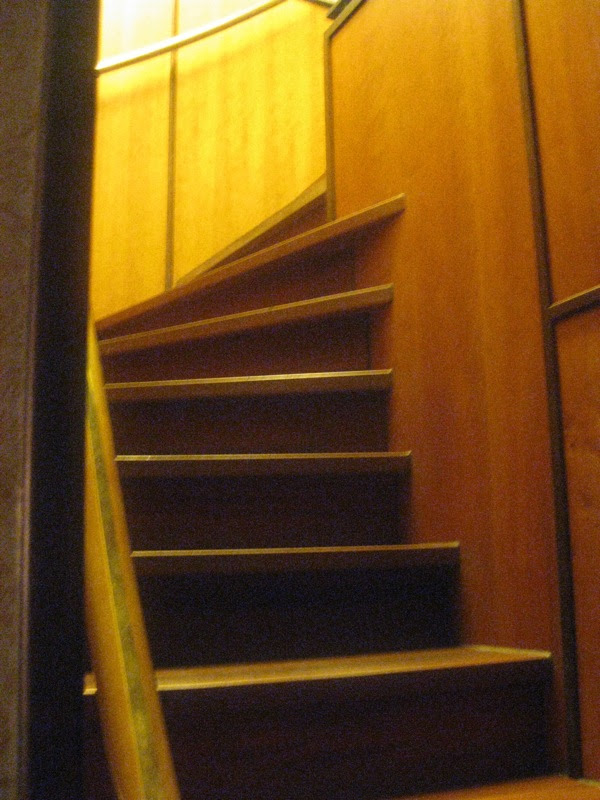 Once inside the tiny room the private tasting of this magnificent rum (and also some very nice Pisco's) took place. Jorg thought it was hysterical that he was getting the bottle and tasting before previously mentioned Mike Meinke and that Mike had sent me there. He recorded a little message to Mike:

We had such a great time with everyone at the tasting, especially Cirsten Kessler, it was so fun meeting everyone! 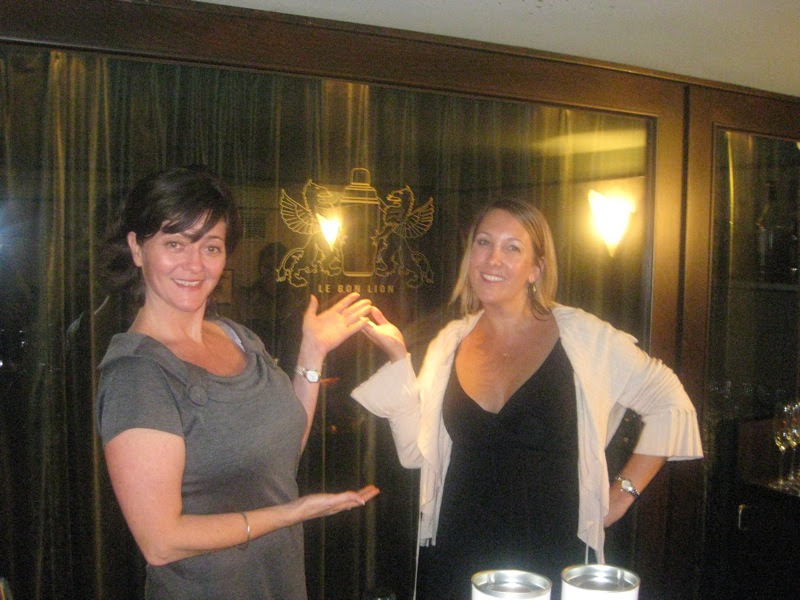 Back across the street for more cocktails until the wee hours of the morning. I gave Mario the lion bottle stopper I brought them and we ceremoniously chose the bottle of Hendricks for it to go on. So if you see a lion bottle stopper on a bottle in Le Lion know that it was a little trinket from Seattle (that we actually bought in South Africa!) 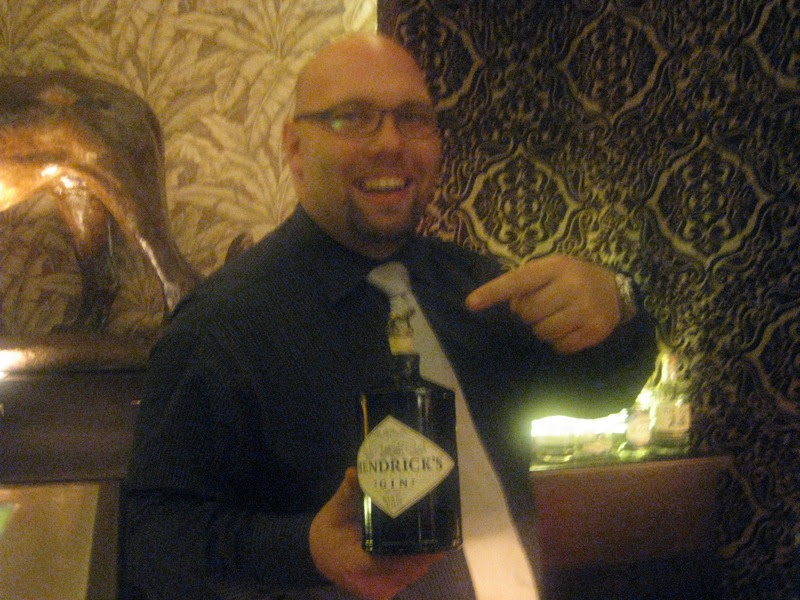 To top off the amazing night Jorg pulled out a bottle of Pol Roger and with the base of a wine glass sabered it open!! More importantly Jorg told me that the next time I come he'll saber a bottle of Pol Roger Winston Churchill! I will be holding you to that kind sir and will see you next September hopefully! 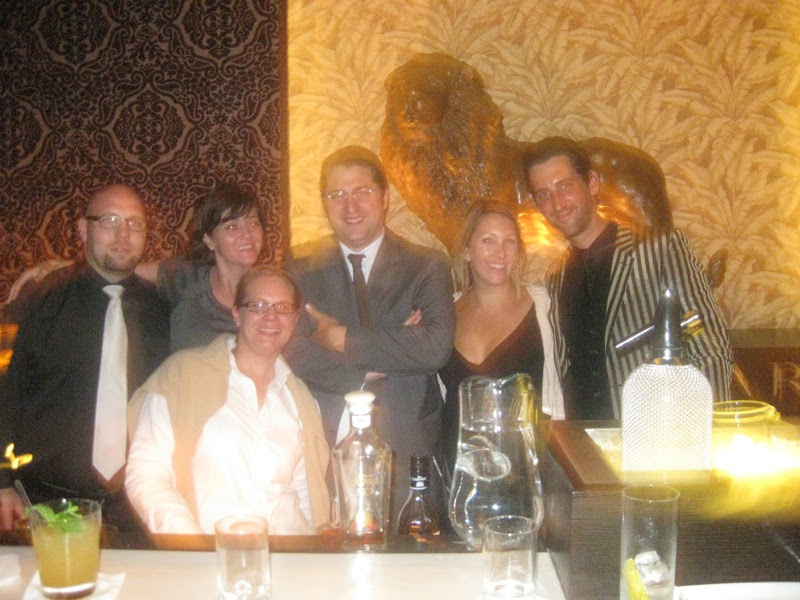 Thank you Le Lion staff and customers for a hell of a good time! Photos of all our Hamburg adventures are here. 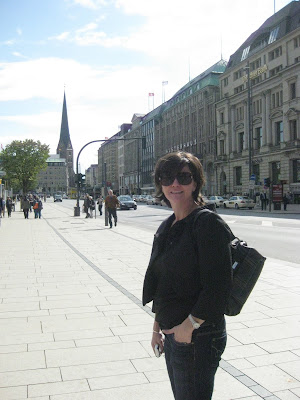 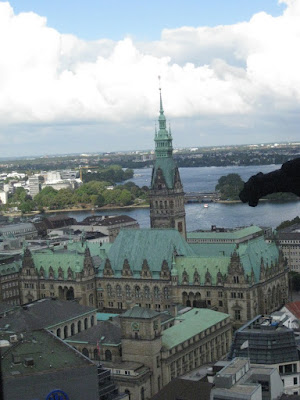 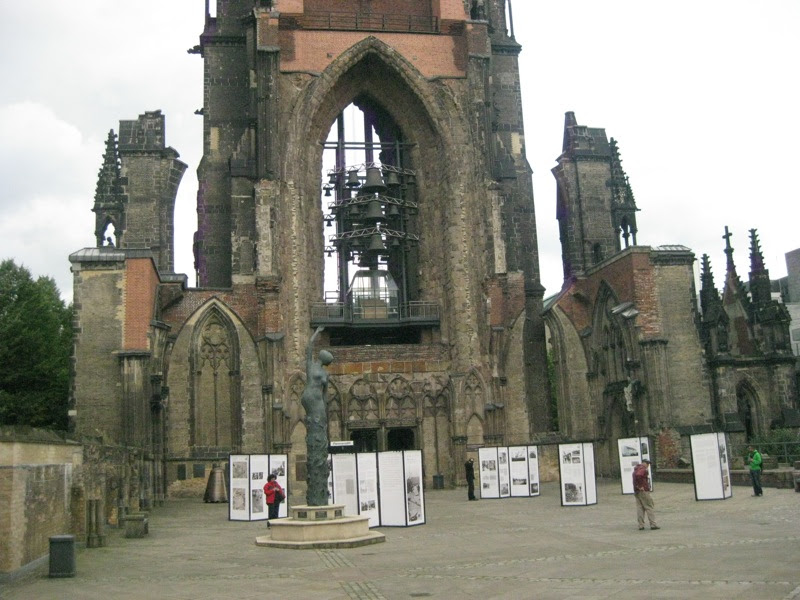 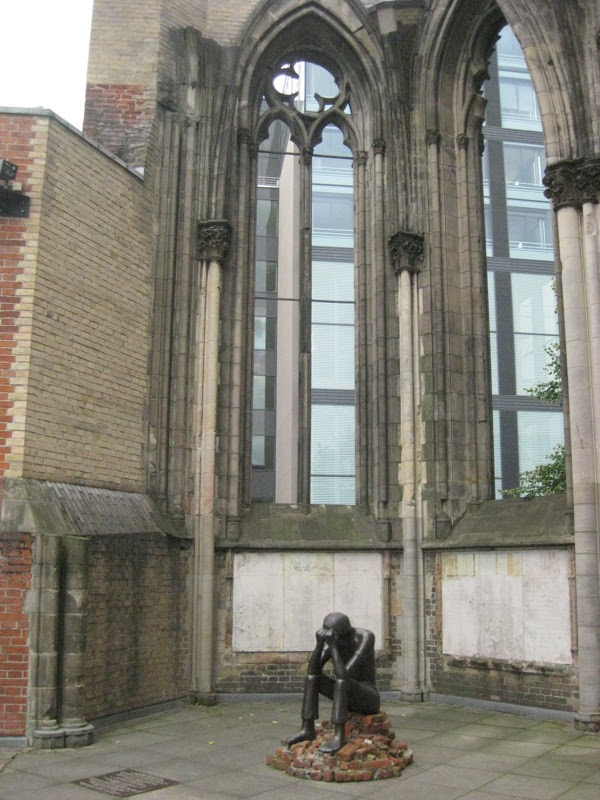 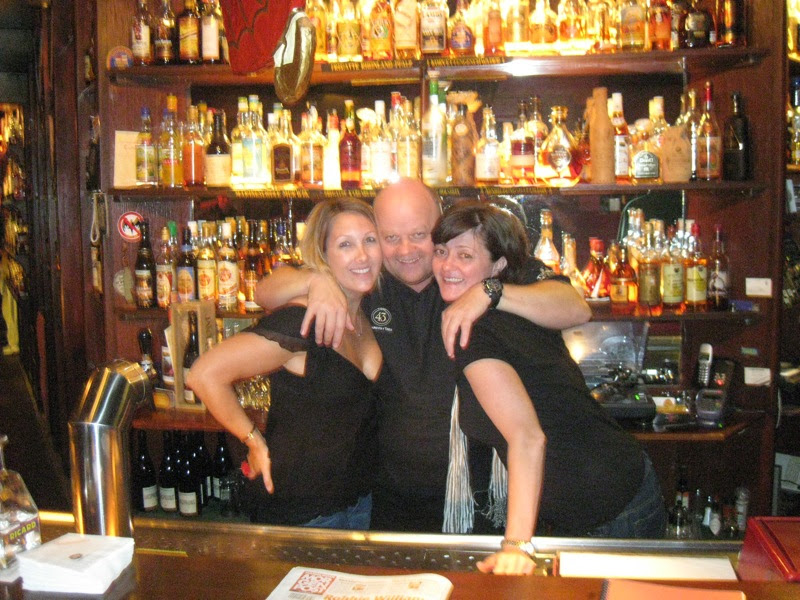 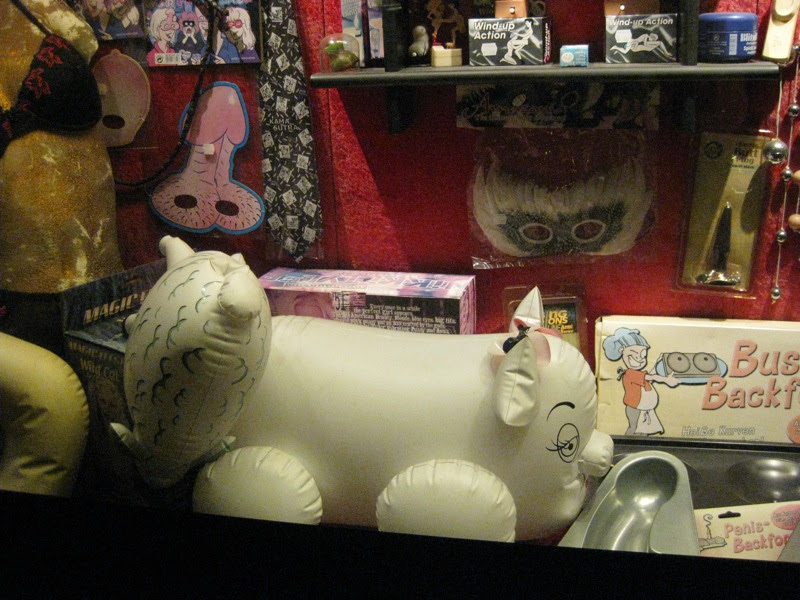