from the air, from the land... 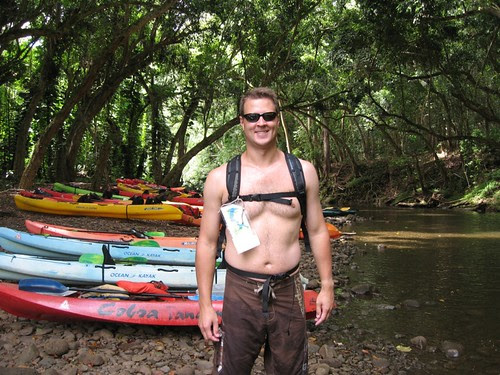 In an effort to experience Kauai from every possible angle- after flying overhead and driving up it's steep cliffs- we decided to hike it and paddle it! Following a tip from Fodors Message Boards we found our way to a small ancient Hawaiian village and rented a kayak. We were given some instructions on paddling up the Wailua River and hiking to our destination: Secret Falls!

We made it into the kayak without toppling ourselves and our gear in the river and headed out. After a few wrong turns we finally found the beaching ground. We then asked some people who were leaving as to where the train head started as we couldn't see anything and were pointed to an area on the opposite side of the small arm of the river we were on (big secret hu?). So we waded across and started on the trail, soon taking another wrong turn only to end up at a dead end with no falls in site (Amazing Race contenders for sure!).

Back on the trail in the correct direction we had a really nice hike. The trail was barely marked in most areas and you definitely felt as though you were in a tropical jungle with exotic flowers, vines and birds surrounding you. 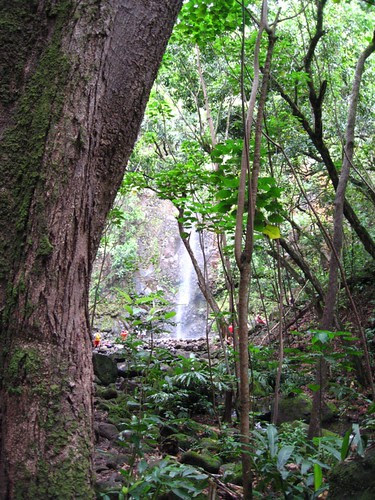 Our first glimpse at the falls confirmed our thoughts that the secret was out but soon all the people left and we actually had the falls and it's pond all to ourselves to swim in- very cool.

As the next wave of people came we left and headed back to our kayak. Heading back up river we came to the landing for the Fern Grotto. A short hike in and we were rewarded with an amazing open cave filled with ferns sprouting out and cascading down. Grotto = Cave - cool! 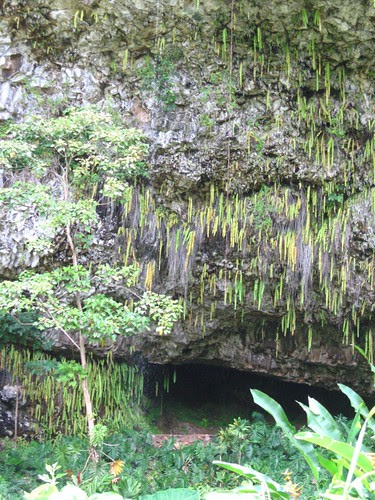 We headed back to the river, passing gorgeous and fragrant flowers and plants. The water felt so good in the heat I could have just jumped in and swam back to the village! 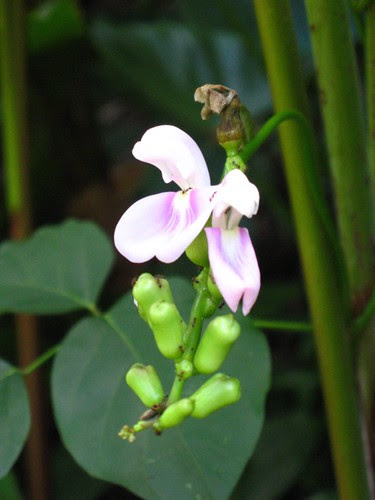 After hitting a bbq place for lunch and a Mai Tai we made our way up to the north coast for some snorkeling. The views all the way up made for such a nice drive!! We arrived at Tunnels Beach late in the afternoon, the water was warm and clear and we finally saw our first turtle! Unfortunately we didn't have the underwater camera with us so you'll have to take my word for it. 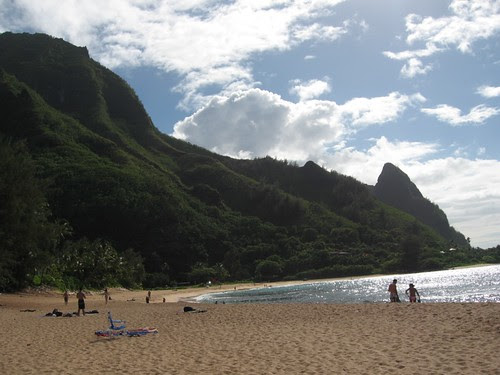 We snorkeled for a while, layed on the clean sand and admired the views of Bali Hai and then made our way farther north to Ka'a Beach passing really interesting caves and cliffs covered with vines. We got to Ka'a about an hour before sunset and it was very pretty and calm- people either packing up from a day spent at the beach or arriving to take in the sunset. 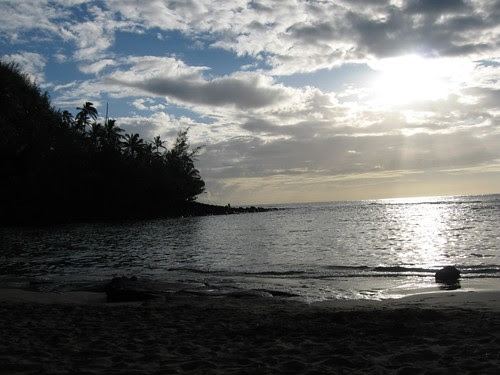 One Night at Hisa Franko

Trip date: May 2019 I was watching the Netflix show  Chef's Table  and couldn't even figure out where Chef Ana Roš' restaurant...