Taking advantage of our flight going thru Paris, on the way to our first stop in Central Europe, Dayne and I decided to lay over for the weekend and celebrate my birthday in my favorite, the city of lights.

A quick and easy train in from CDG (I really recommend this much more than taking an expensive cab, where you sit in traffic for over an hour!) and we were at Forest's apartment at the base of Sacre Couer. Since she just moved from this kitschy location this month, it was also a sweet goodbye-weekend-tour of the 18th, a neighborhood I have grown quite fond of. 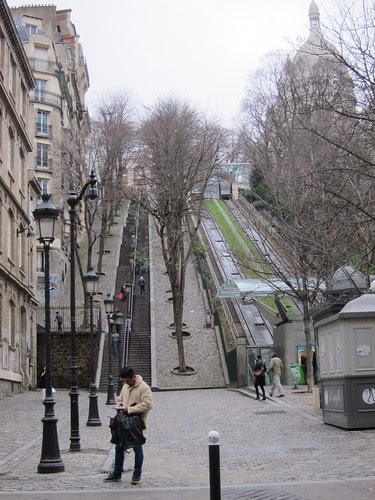 And no "farewell Montemartre" would be complete without lunch at the Relais Gasçon, consisting of huge bowls of salad, lardons, chèvre and fried garlic potato chips. And a pichet of Bourgogne blanc bien sur.

Wandering back to the apartment for a much needed nap, we passed by a tiny Christmas market next to the metro Abbesses, selling mainly tourist tchotchkes, vin chaud, churros and saussicon. 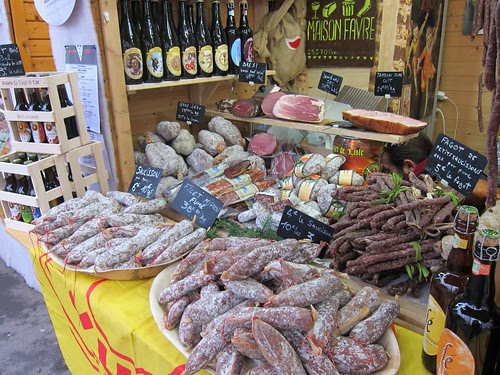 Rested and spruced up we headed out that evening for pre dinner drinks at Glass, newly opened near Pigall by the fine folks who own Candalaria. The vibe is casual and relaxed. The interior slightly dark with seemingly unfinished wood stools and booths. The staff is more than helpful in answering questions about the well crafted cocktails, featured frozen machine offerings and even ideas for going off menu. This was a great stop and I highly recommend it if you're in the area- they are newly opened so it's not yet the crowded "hip" place and it was easy for four of us to grab a table.

For dinner we had secured, after many attempts, reservations at the much lauded Le Chateaubriand. Nic, Dayne, Forest & I arrived to meet up with Thibault. The restaurant is quite casual, small and brightly lit. Decor is minimalistic and looks like your typical bistro interior. They also have a spot on the World's 50 Best list.

Dinner here was good but maybe it was all the hype, or maybe it is just that "farm to table" is tougher in the winter, but none of us were blown away. We had a few nice dishes (Saint Jacques, a white fish, and beef), a very typical cheese course and some good wine and cognac. And then we went out for more cognac at a random corner cafe until it was late, late, late. Or early. Whatever. It was then officially my birthday. 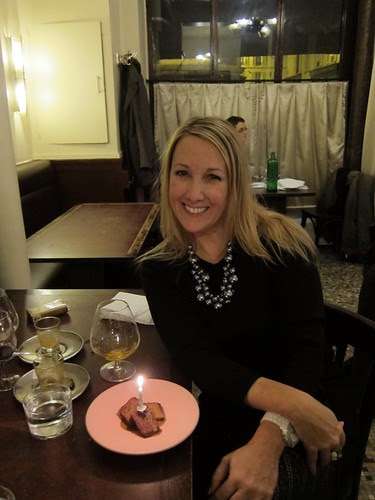 The next morning Dayne and I hurried to meet Forest for my birthday lunch at the very excellent l'Ecailler du Bistrot (owned and next door to Bistrot Paul Bert). We had a wonderful feast of Breton oysters on the half shell, lobster with lemon butter sauce, frites fried in goose fat, a delicious cheese plate, dessert of Paris Brest and also an apple tartin with caramel, all washed down with some brilliant Sancerre. A decadent and perfect lunch for my birthday but I'd suggest it even if it was just a weekend ;) 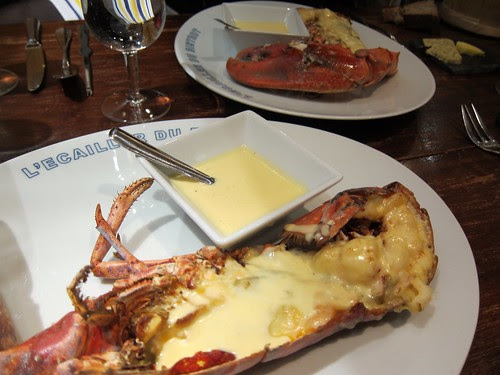 To walk off all that deliciousness we headed to the Champs d'Elysee to the Christmas Market. This isn't the most traditional of markets, it is set up more for the tourists, but it was still fun to wander around. We bought Styrofoam cups of vin chaud and strolled the stalls selling everything from Russian dolls to fajitas. Pretty lights, some kiddie rides and lots of yummy smells tucked in amongst the grand sites of Paris. 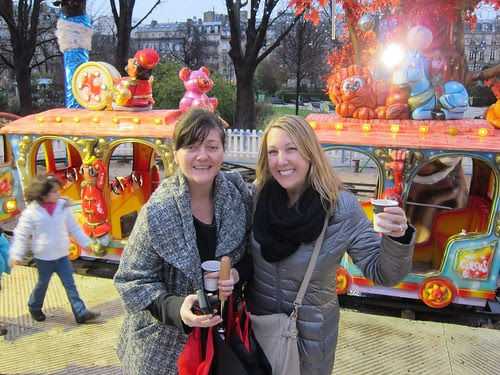 Needing a warm-up break and remembering Mini Palais from last summer, we made the short walk and had a glass of champagne before heading out again to the newly opened Le Coq for pre-dinner drinks with the gang. Another hip, new cocktail spot in Paris, this one recently opened by London's cocktail darling Tony Conigliaro. 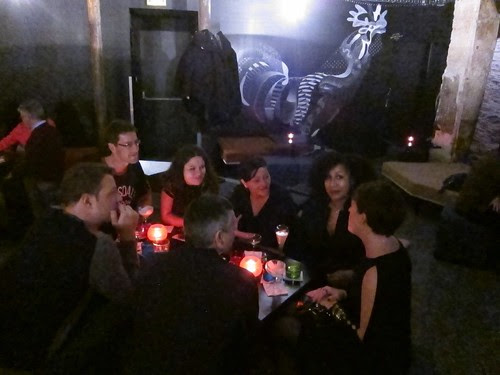 We then made our way to La Rollange, another newly opened spot, next to Table d'Eugene. The restaurant serves small plates of extremely delicious food, meant to be share and devoured, which we did. The wine is inexpensive and plentiful. It was a very fun and festive birthday dinner surrounded by wonderful friends who I don't get to see often enough.

The night wrapped up with Mel, Dayne and I closing down another random corner cafe after drinking one too many cognacs, and then climbing the stairs up and over deserted Montmartre, as quiet as I have ever seen it. The entire city sprawled out before us with it's twinkling lights at predawn. 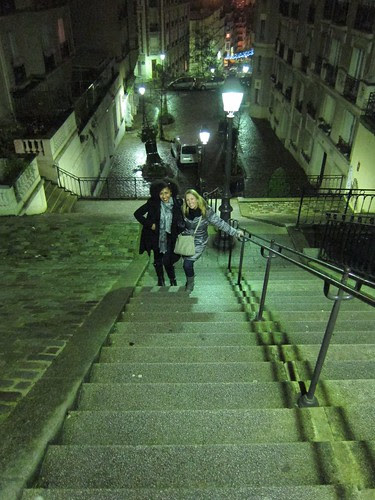 And then the next morning we said goodbye to Forest's quirky neighborhood and studio (and those damn crazy flights of stairs) for the last time and caught a flight to Budapest. All in all, a birthday that I'll cherish for a long time to come. Thanks friends for celebrating with me! xo 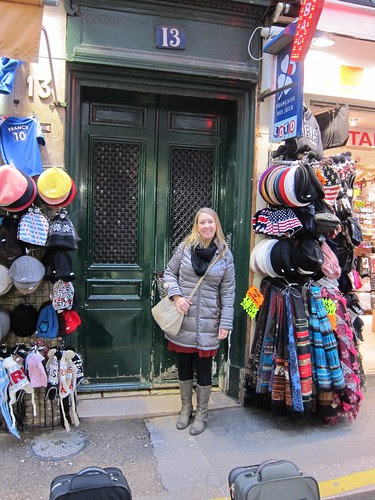