I've been to New Orleans many times, my first was when I was in high school; I still remember trying frog legs and buying a tacky t-shirt that proclaimed "Shit Happens". Indeed it does. Dayne and I spent four years in a row, traveling to NOLA each July for Tales of the Cocktail, until 2010, which happens to be the year Forest joined us. 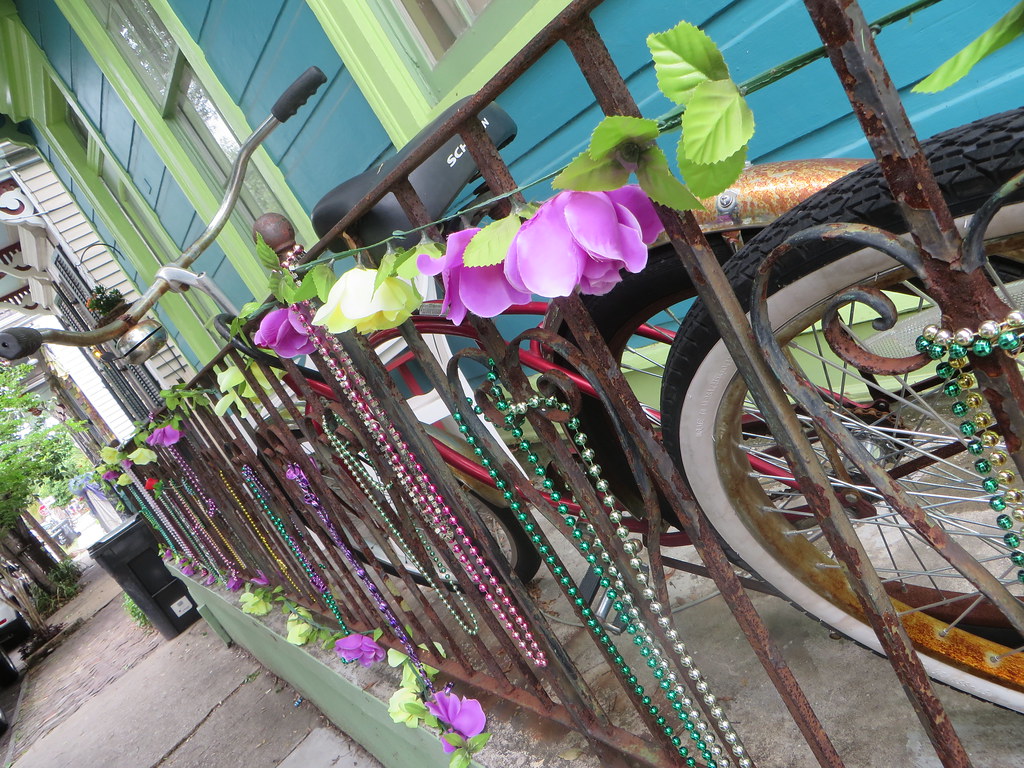 When Forest had a wedding to attend in Florida earlier this spring we thought it made perfect sense to meet up in The Big Easy for a girl's trip, without all the crowds, schedules, and the heat that TOTC brings (granted that event is a hell of a good time even with all those things!) 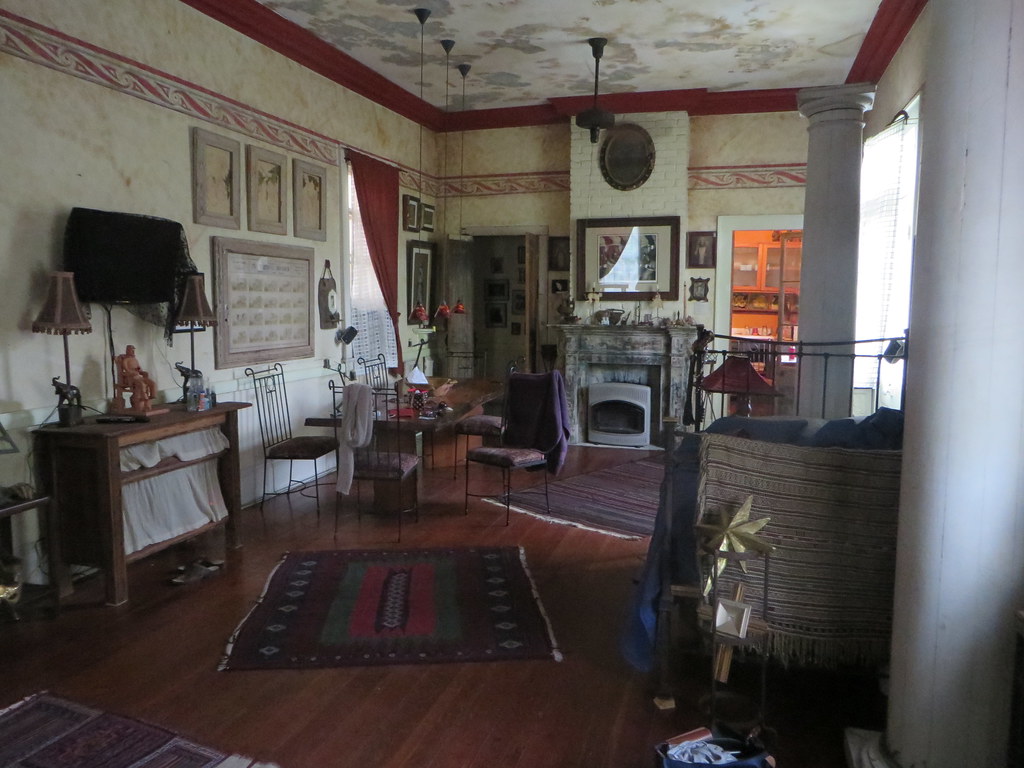 We rented a very traditional shotgun style house in the Bywater via Airbnb. Although the decor was a bit on the crazy side (let's just say there were a lot of photos, paintings, drawings, etc of penises, or should that be peni?) the house itself was absolutely perfect. The owner had bought the property next door and had the desecrated building that sat on it raised. He then turned the space into an awesome garden and outdoor patio space, complete with outdoor shower! There was a small studio that he used for his massage practice which is where he was living while we were there. 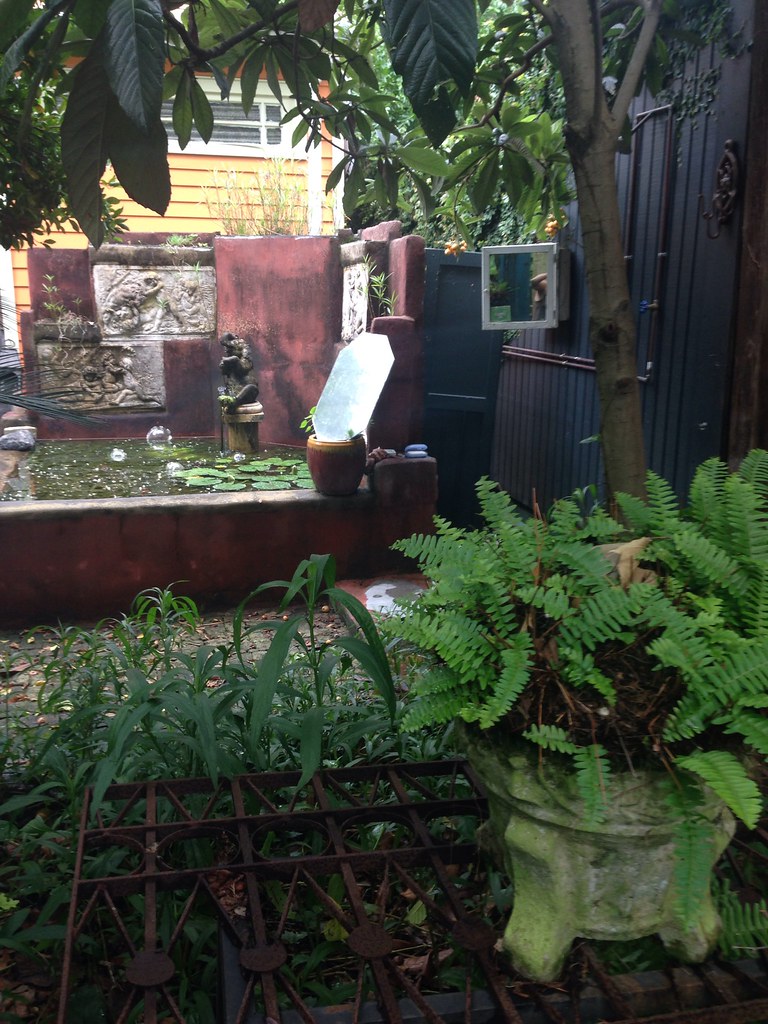 Staying here, in this traditional style of house with an owner who loved his neighborhood, really gave us a taste of local life.The neighborhood is quirky, artsy, rough, and friendly all at the same time. There are plenty of places to eat and drink in the Bywater and it was about a 20 minute walk to the French Quarter, a good way to work off some of those cocktails while checking out the local architecture. 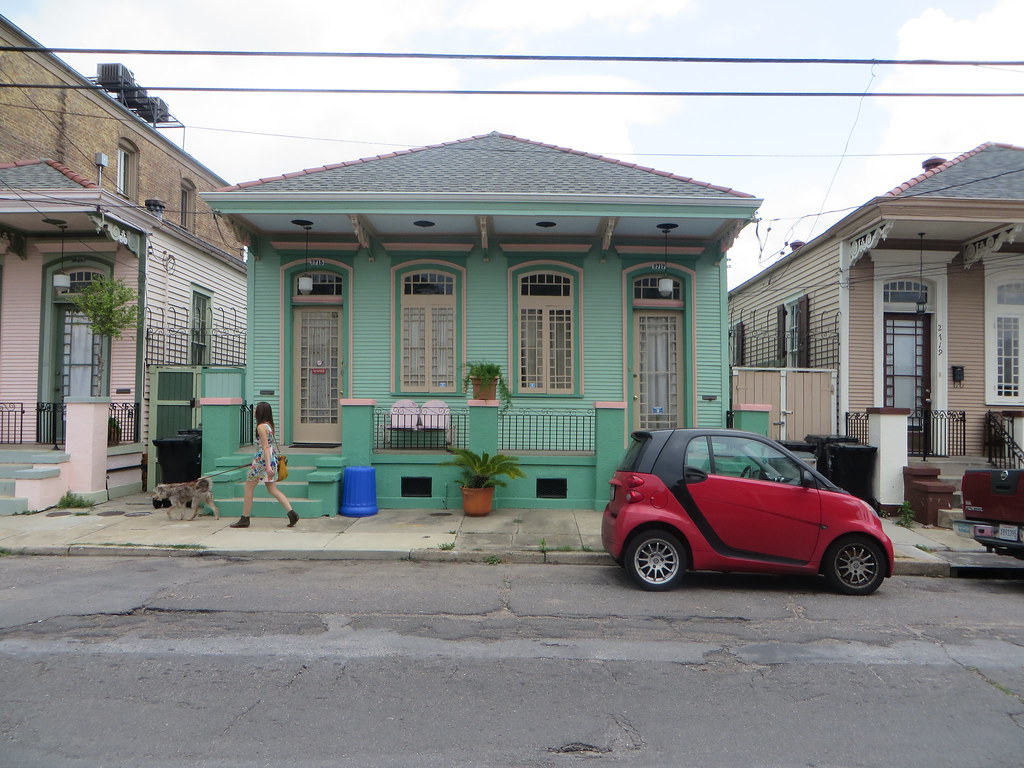 My arrival evening plans to have ribs at The Joint and then head to Baccanal for some live music were squashed when storms hit from Dallas to the east coast, delaying my flight into town. Forest and Thibault were nice enough to pick up some ribs for me which made for good morning snacking at least! 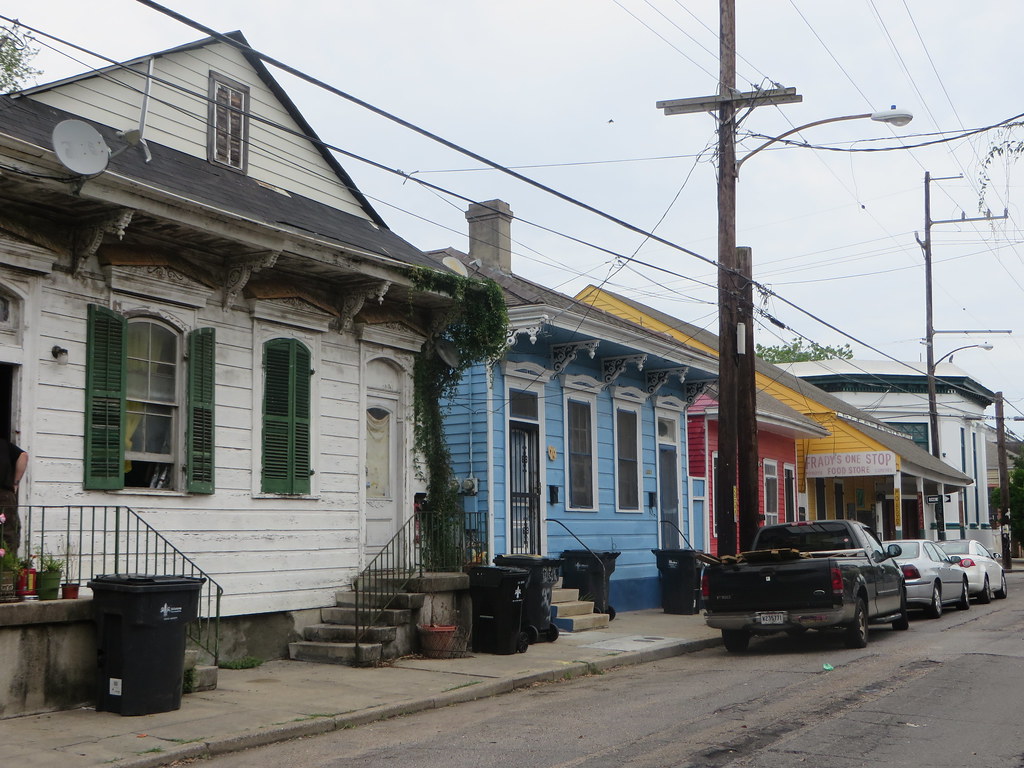 My first day in town overlapped with Forest's boyfriend's last day in town, so we decided to do a cemetery tour to complete his NOLA sightseeing. I had been to Lafayette #1, so this time we did St Louis #1 which is just outside the French Quarter. Again I chose Save Our Cemeteries as they are doing such a great job of helping to restore and protect these amazing cities of dead. Among the famous in St. Louis #1 are Homer Plessy (1896 Plessy v Ferguson civil rights ruling), both New Orleans' first mayor and its first black mayor, and voodoo priestess Marie Laveau. Actor Nicolas Cage has a weird pyramid tomb there for when he kicks it (cue "dying to get in" joke here). 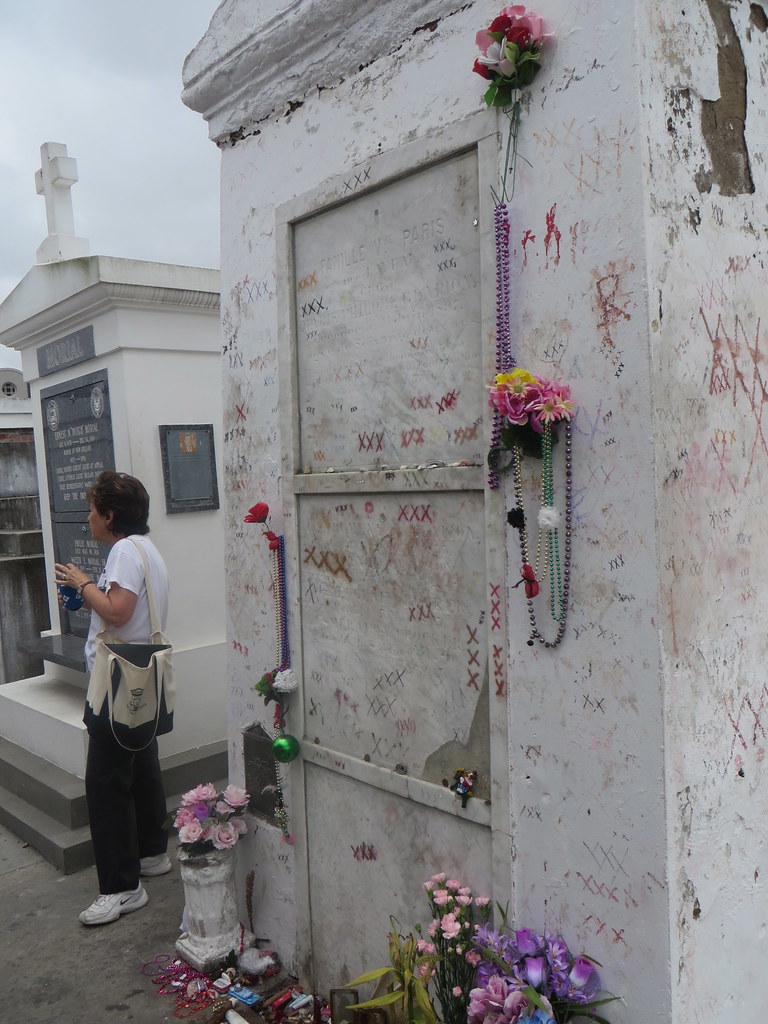 After our tour we headed to Napoleon's House for muffalettas and Pimm's cups. It's my absolute, must-visit, every time, place in the French Quarter. 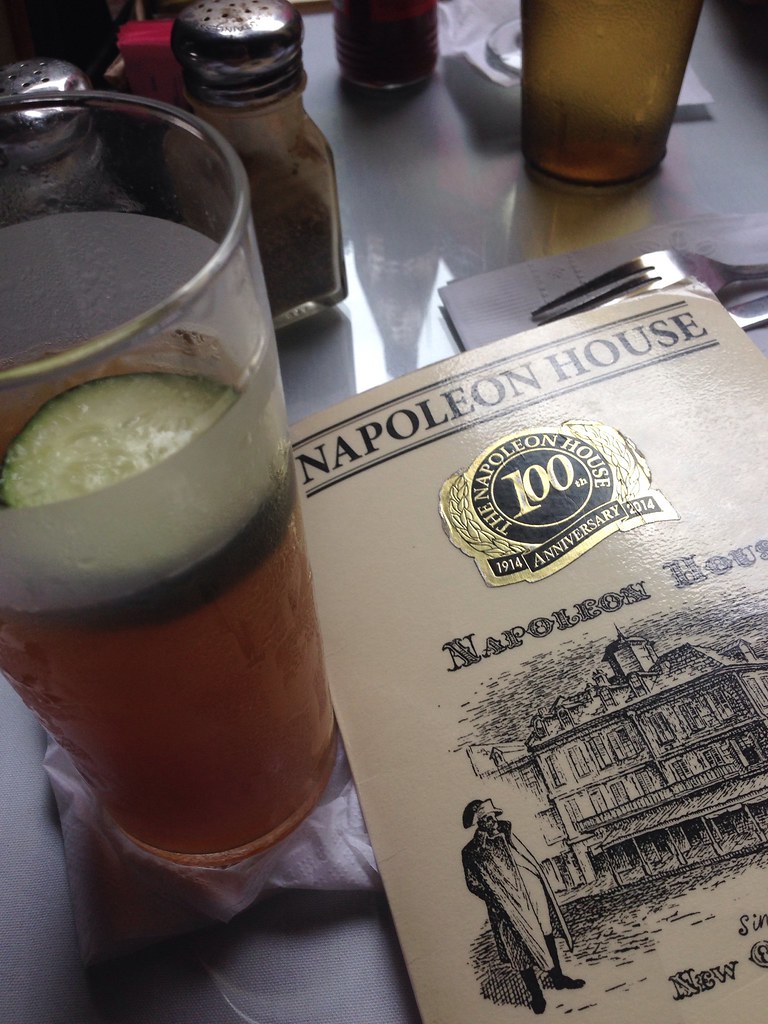 That night as we made happy hour martinis back at our house, the skies, which had been a tad ominous all day, opened up and started dumping rain like I have only seen in the mid-west and the south. We had plans to meet friends of Forest's, who happened to be visiting from Paris as well, at the new cocktail bar Belloq, but instead we picked them up in our cab to save them from drowning!

Once at Belloq we sat stunned by the rain but at least we had wonderful libations. The bar is inside The Hotel Modern, which also houses another bar that we almost sat in by mistake (although that menu looked good too). Belloq is owned by the same folks who run Cure, it is a dark and sexy space, turning out very nice craft cocktails. 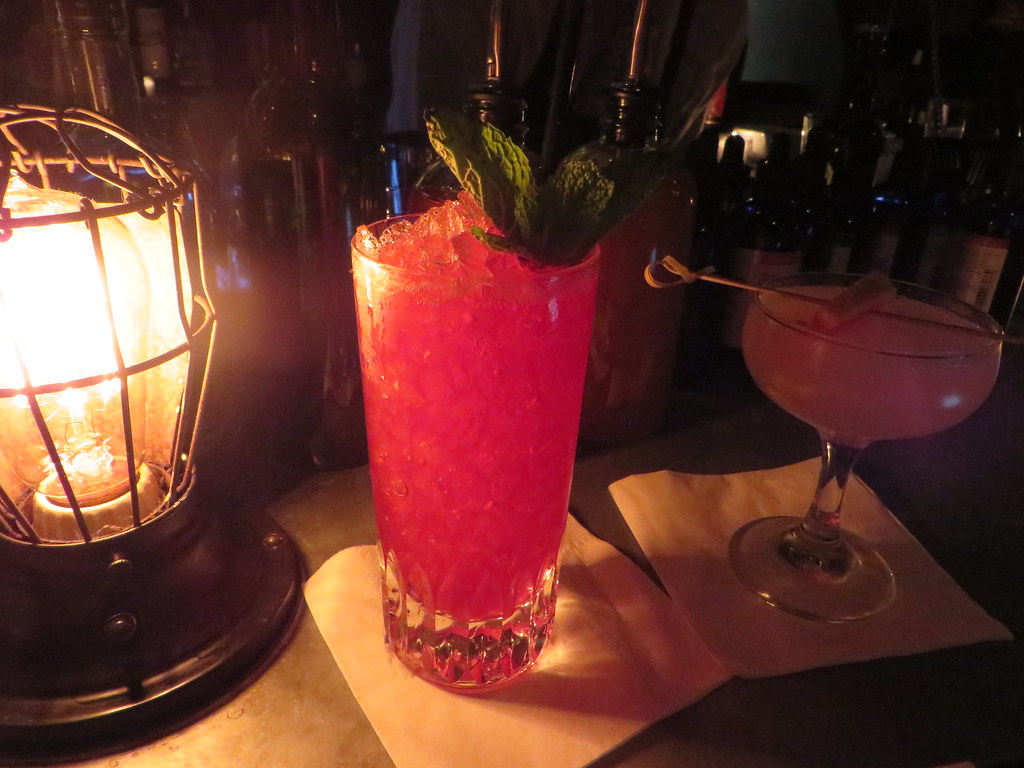 We had hard-to-get dinner reservations at Peche, they had just received a James Beard award, and had planned to walk the four blocks but this weather was not going to make that possible. As we exited the hotel in order to hail a cab we saw lighting striking in all directions, heard the thunder, and witnessed the streets overflow with water!

It took forever to get a cab as we weren't the only ones caught in this flash flood! When we finally managed to get one, we had to take our shoes off and wade in almost shin deep water to get in it! We drove, with water half way up the wheels, or maybe floated was more like it. It was crazy! And a bit scary! And when we finally reached the restaurant, over 40 minutes late and carrying our shoes in our hands, we were literally dripping wet! 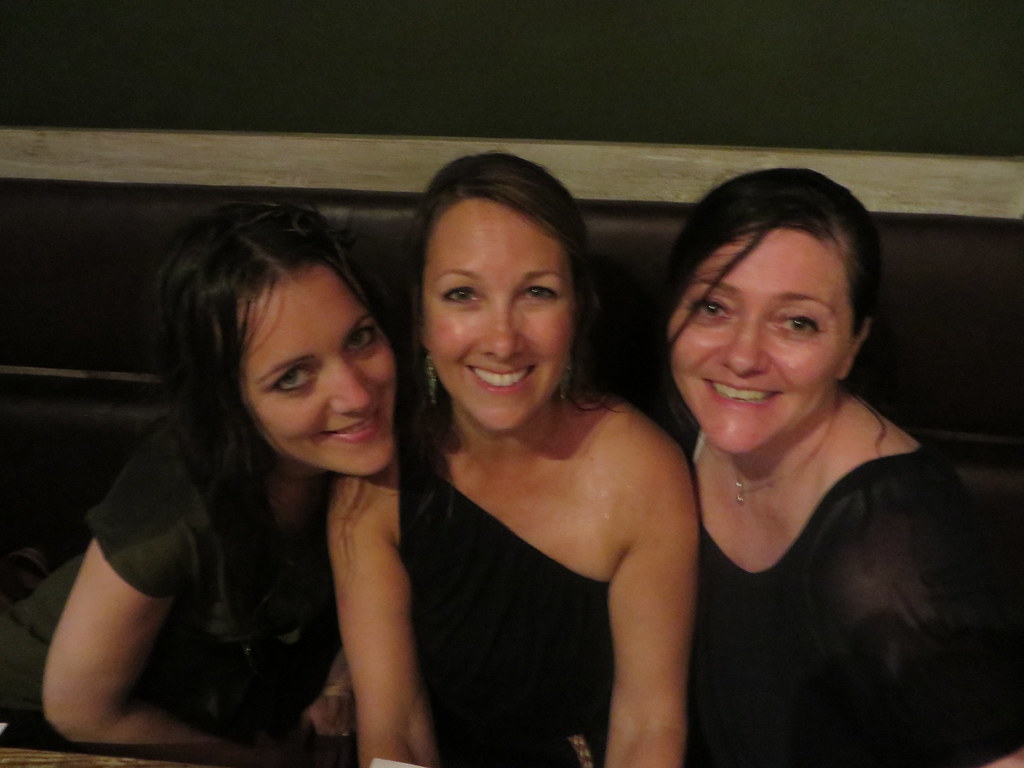 After the boys went into the restroom to wring out their shirts, and we ordered a round of cocktails, we forgot about the puddles we were making and set about ordering a ton of delicious food. Peche is casual and fun and the sampler appetizer platter is not to be missed! 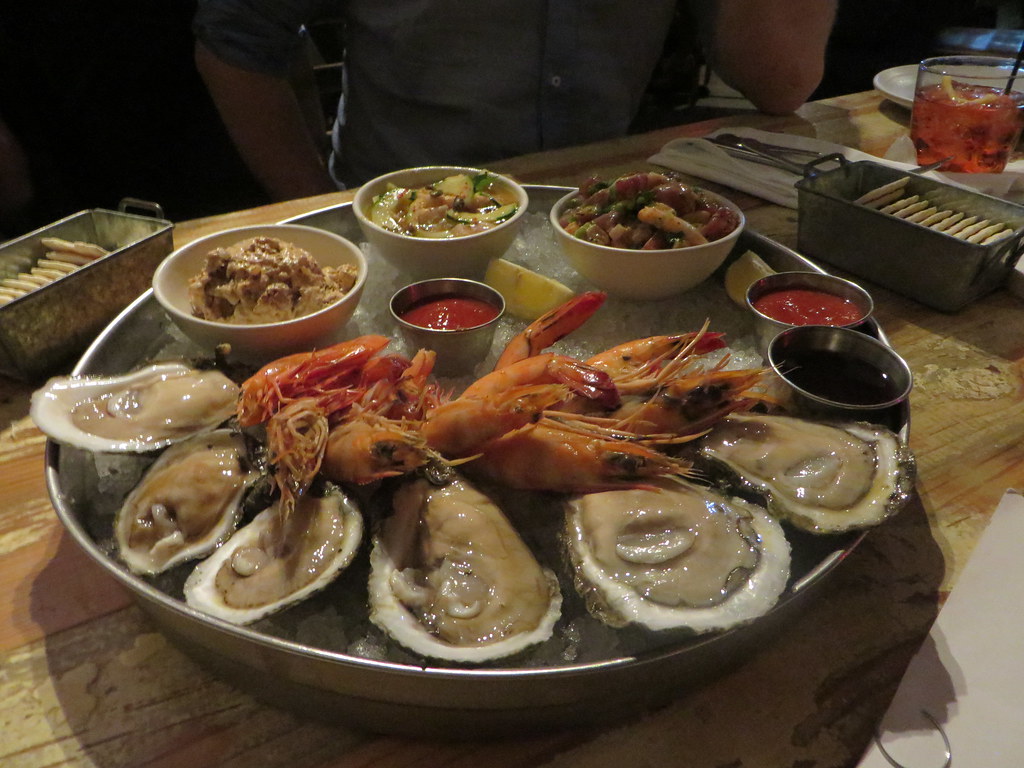 The next morning the streets were dry and the city was pretending like nothing had ever happened. Forest and I were on our own and set out for a quick breakfast at Satsuma's Cafe near our house. We then made our way to the French Quarter, walking and exploring the area along the way.

We planned on having a very fun day but what happened was a truly epic adventure as only New Orleans can deliver.

As we made our way from the Bywater and through the Marigny, we came across a group of men gathered around two tables on the sidewalk. Each table was piled high with boiled crawfish, crab, clams, etc. We were invited to join in, and obviously didn't turn the invitation down. After a bit of pinching, sucking, and cracking we were back on our way. We had a lunch to get to after all! 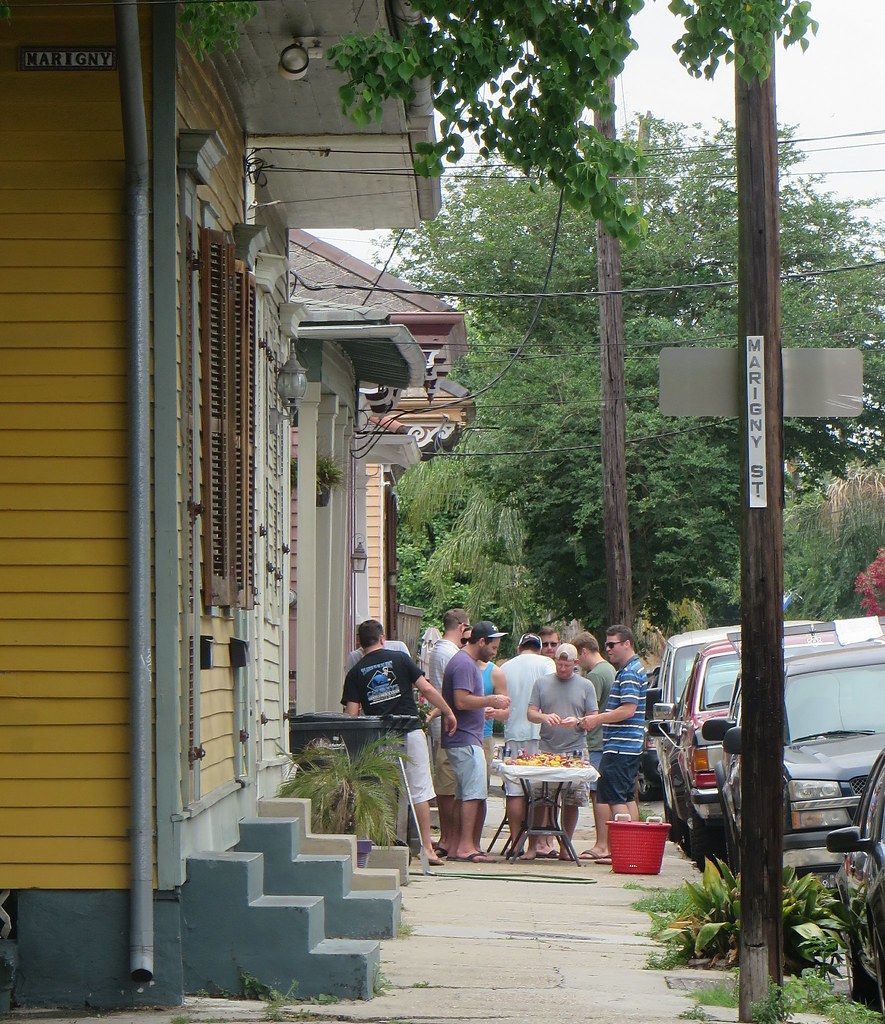 Many of the city's restaurants offer 25 cent martini lunches. Being two girls who love a martini we were intrigued and decided to check out the lunch offered by Antoine's. You order a 3-course lunch of classic dishes such as baked oysters, vichyssoise, and crawfish etoufee. What we didn't know was that the 'martini' at Antoine's changes daily and the day we were there they were lemon drops. We ended up ordering classic martinis anyway, not at 25 cents though! If you are keen to try one of these lunches there are a few places offering them.
Feeling good after our lunch we met up with Mathilde & David at the newly refurbished Carrousel Bar in the Hotel Monteleone. There are certain places you just have to go while in the French Quarter, so after a sazerac and a spin around, we were off, taking them on a little booze cruise. We had a quick stop in the Old Absinthe House where we stole glances of the beautiful stone absinthe louche in the the private back room, and compared a French and a Swiss absinthe. Then passed a jazz wedding processional on our way to the French 75 Bar for cocktails of the same name.
From here it was on to SoBou, the newest restaurant and bar from the Brennen Family. Craft cocktails just south of Bourbon street and a great ambiance! 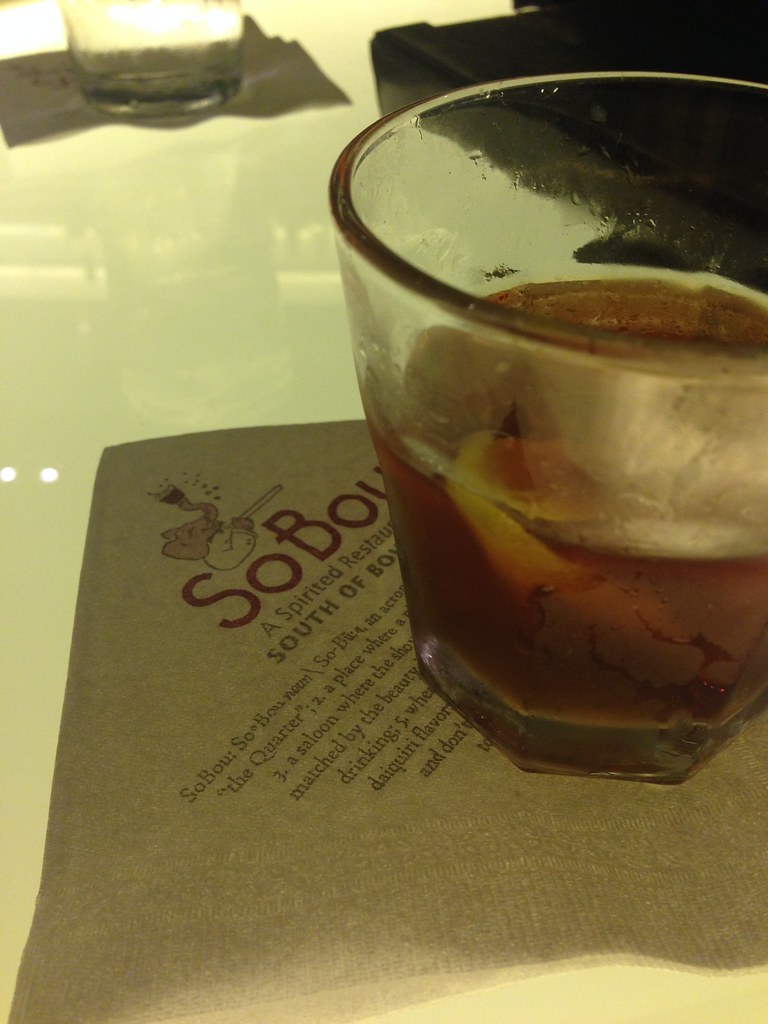 We split up at this point, Forest and I heading to Toup's Meatery where we had a huge and delicious board of house-cured meats and accompaniments. Then back to our Bywater home for sing-a-longs, Drunk History,  and nightcaps.

It was one of the best, boozy, delicious days I've ever had. From the moment I got out of bed until I retired that night, nothing but fun, fun, fun!

On our last day we had intended to watch the Mardi Gras Indians parade, in honor of mother's day, but after we had delicious pastrami omelets at Jim's in the Bywater and walked to the Quarter, the skies opened up once again and the parade was called off. We grabbed a cab and headed back to our area of town, making a stop at Fauberg Wines, a funny little retail and wine bar, where we relaxed with a bottle of rosé. The weather cleared so we Grabbed a bottle to-go, went to near-by Gene's PoBoy and ordered hot sausage & cheese sandwiches also to-go. 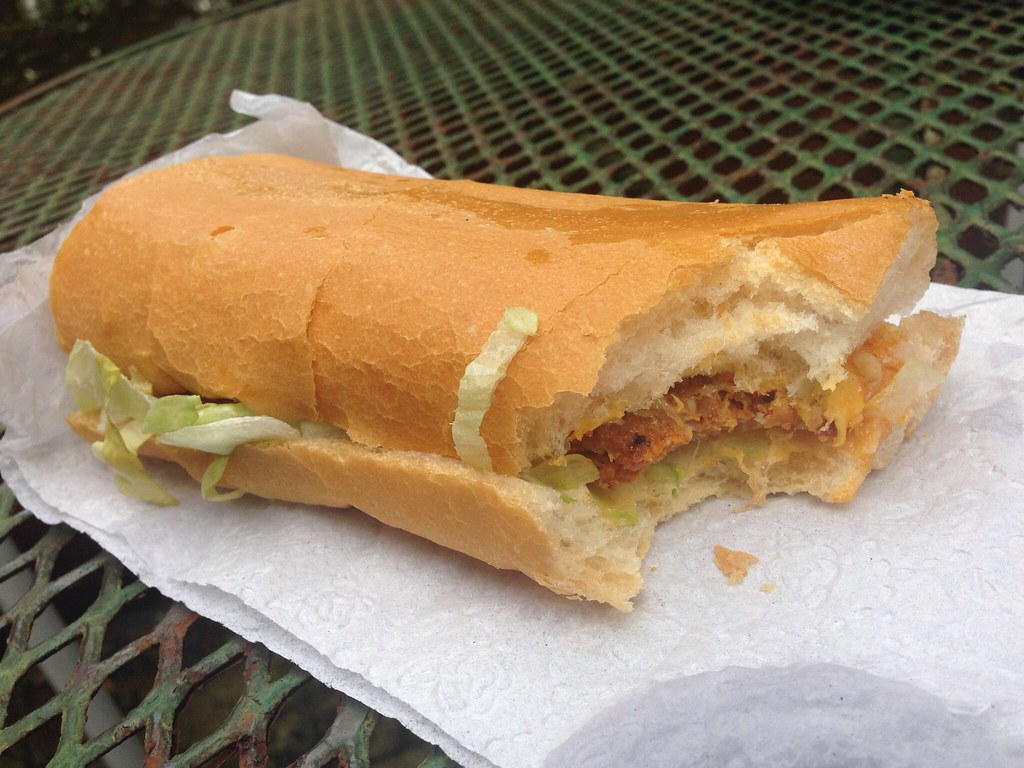 W kicked off our shoes and set up in our lovely garden, digging into the best sandwich that was ever created and sipping on chilled rosé.

A refreshing outdoor shower, a cold martini for Happy Hour and off we went to regroup with Mathilde and David, this time for cocktails at the beautiful and delicious Cure cocktail bar. Dinner that night was at Sylvain which was lovely as well, and as I started in on my special of crawfish gumbo I realized I had eaten those delicious mudbugs each day of my stay.

Even storms in New Orleans are more fun!