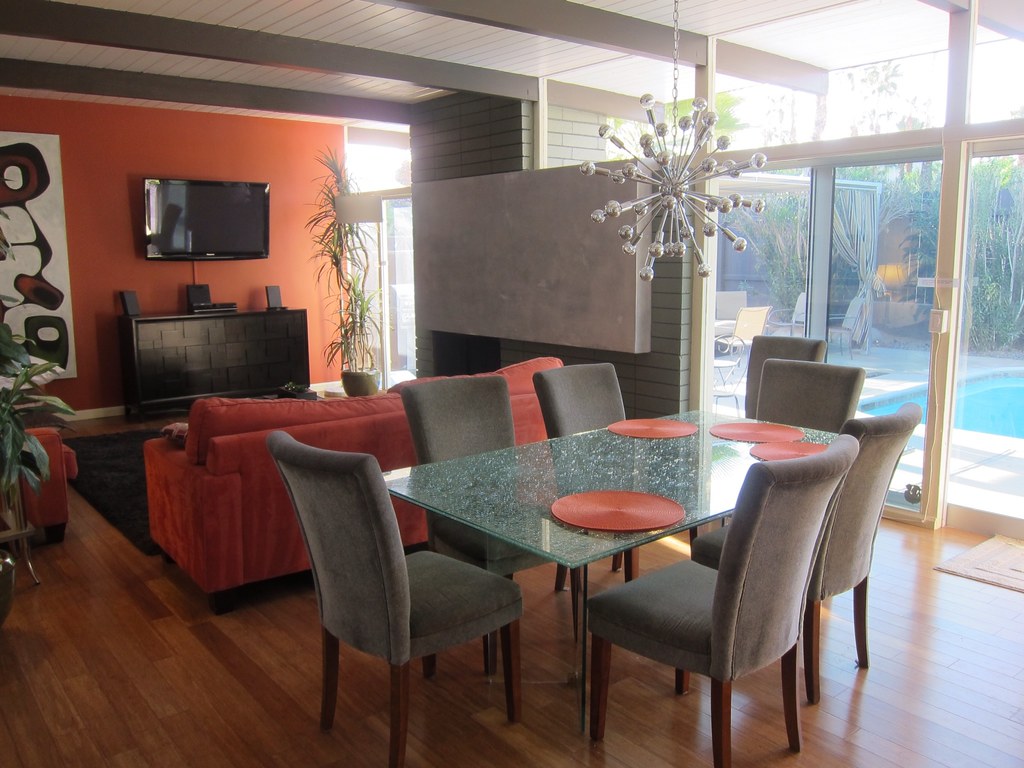 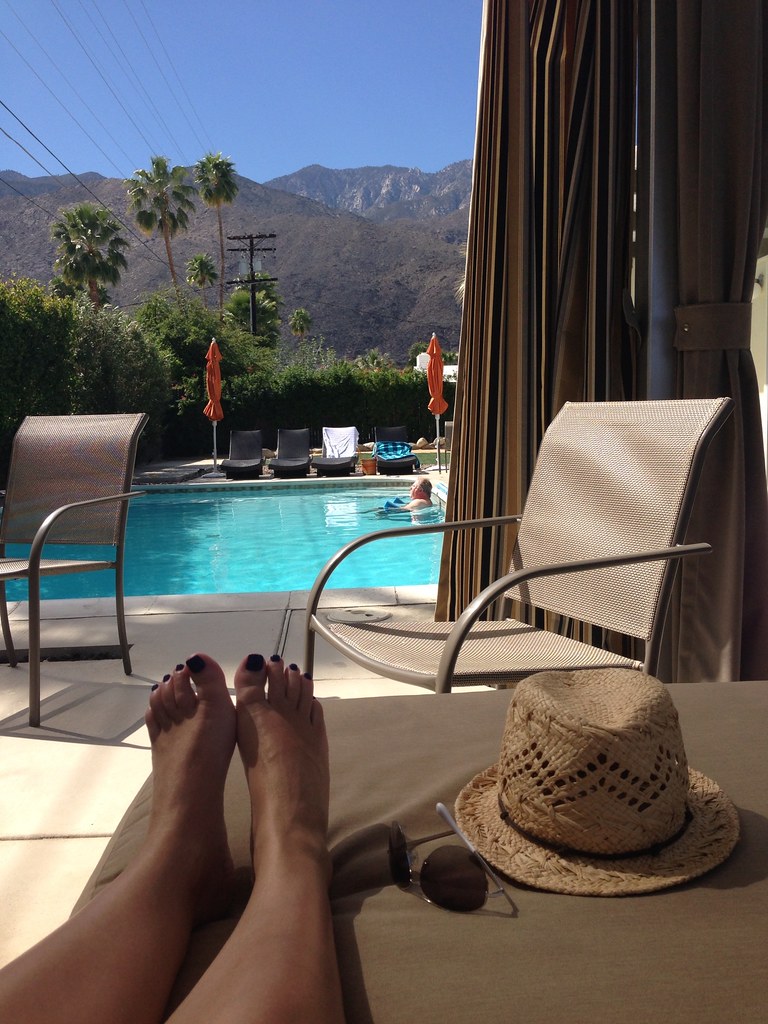 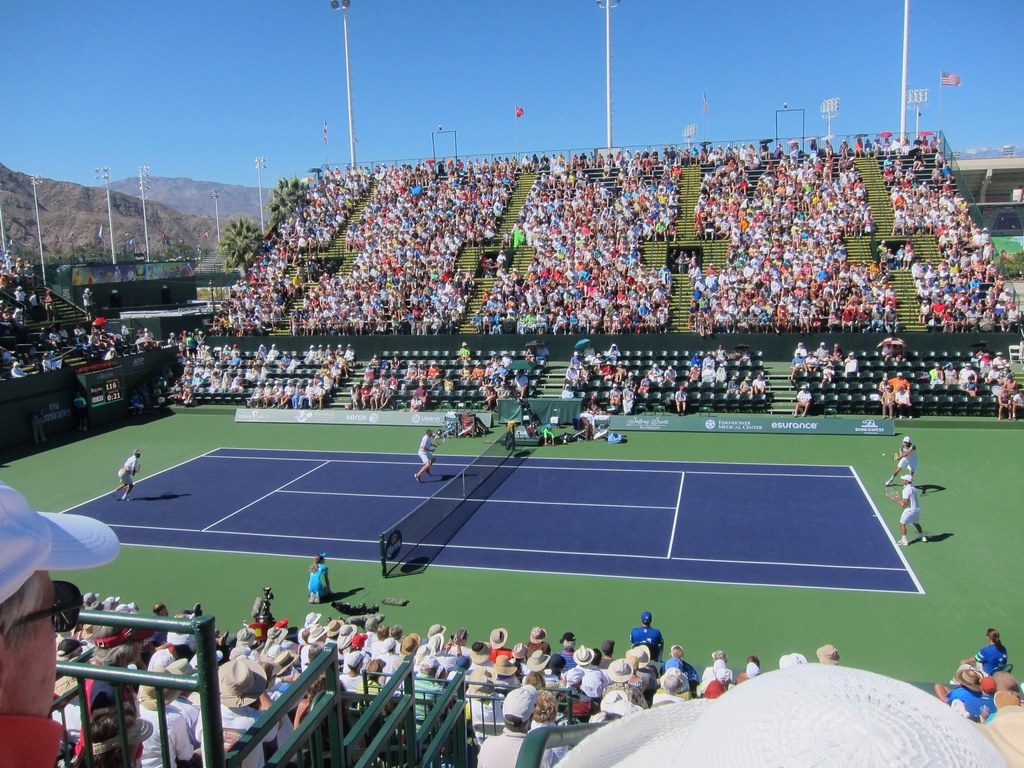 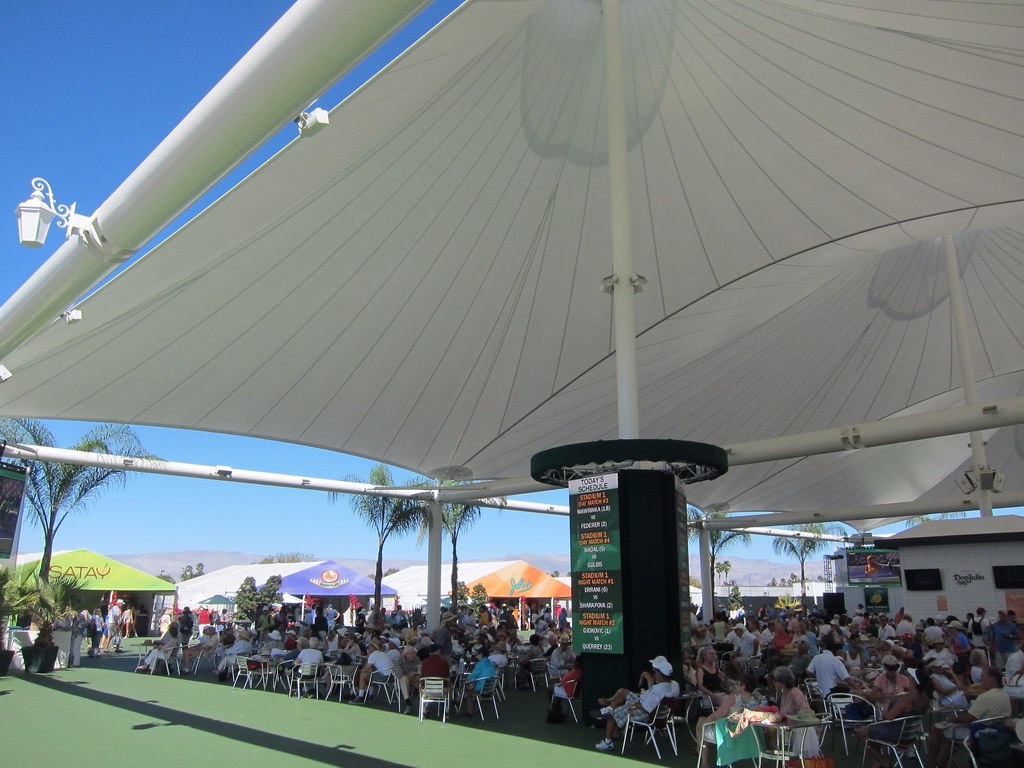 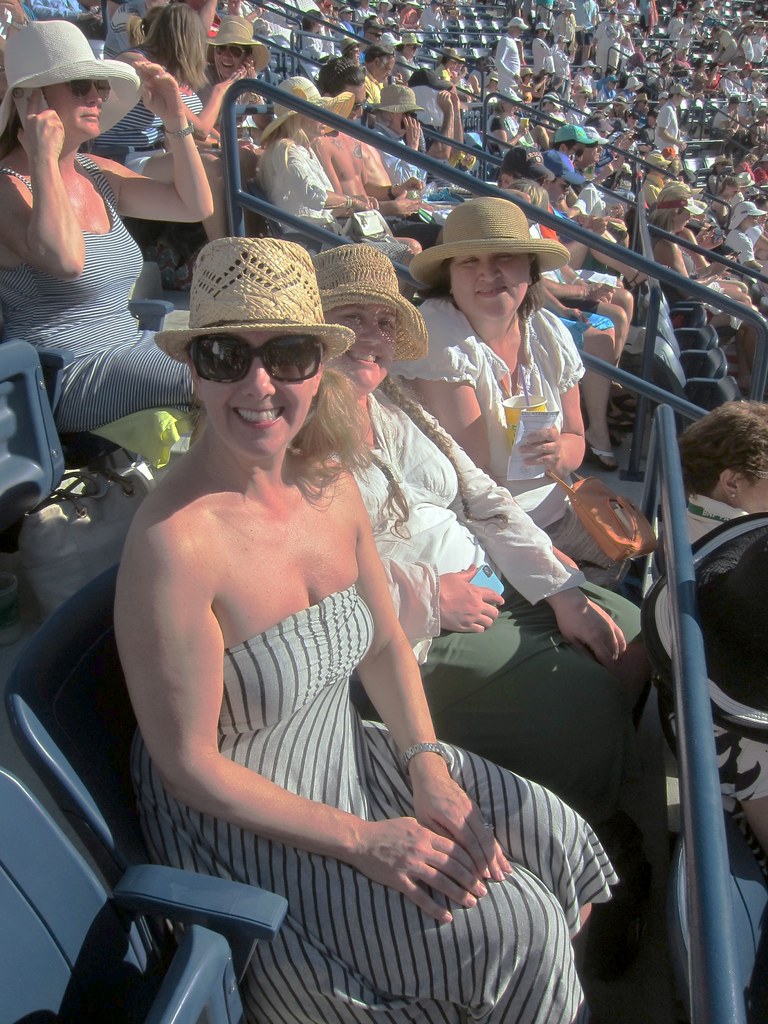 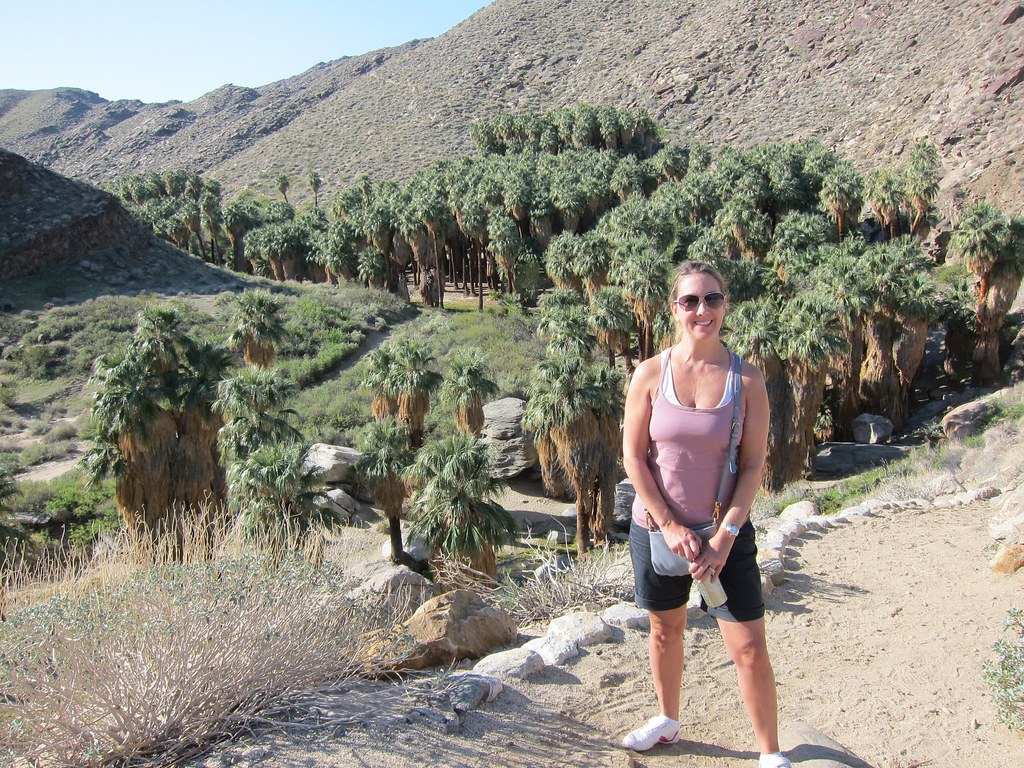 See the Sites in Budapest

Budapest is a completely regal city. Split by the Danube River, each side still feels as different as when they were two individual cities. Buda, to the west, is built up on the hill, where the royal palace dominates. Pest, on the east banks is flat and houses the Parliament buildings as well as the Jewish Quarter.

Being lucky to have friends living in the city, we had our built in tour guides, and met up on our first morning to start our day of sightseeing.

Stop number one was the Great Market. A huge indoor building, reminiscent of a train station in size, housing hundreds of vendors. Besides paprika, Hungary is well known for their goose liver pâté and foie gras, staggering selections of cured sausage, including horse, pickled vegetables & cabbage, and Tokaji wine. All of this and other things, like communist era souvenirs, live fish, and kitchen wares, can be found in the market. It was the perfect place for this particular foodie and a great stop for stocking up on delicious souvenirs. The morning we visited the market was the last day it would be open for a few days because of the Christmas holiday, I was so glad not to miss it!

Our plans to warm up at one of the many cafes that litter the city after our shopping, were deterred by it being Christmas Eve, so Brian & Anne invited us over again for a snack and a taste of the varying flavors of Palinka that they have amassed. Palinka is the country's special brandy flavored with various herbs, berries, fruits and is taken as an aperitif or a digestif. Or just in the middle of the day as we did.

Warmed up and fortified we walked down to the river banks and caught one of the many trams that crisscross the city. The trams, metros and busses go just about everywhere you need to go and even on holiday hours they run frequently.

We hopped off the tram near the famous Chain Bridge and walked across. The are eight bridges connecting the two sides of the city but the Chain Bridge is the most photographed and well known. It is fantastic to look at day or night. And when you get across you are at the base of Castle Hill.

It's a short but semi-steep walk up to the castle but I don't really know too much about it since there is a funicular that goes to the top (cue funicular song here...). And since neither Anne or Brian had taken it before we climbed aboard one of the cars and took in the pretty, yet foggy views of the river and Pest.

Walking around the grounds of the castle is really a must do. There are just breathtaking views in every direction. During the holidays there was also a little stand selling hot chocolate, gluwein and hotdogs. I'm sure you can guess what I ordered vs. what Dayne ordered.
We continued our way from the castle to the hilltop neighborhood by St. Matthews church. Sadly it was already closed in preparation of Christmas Eve services but again, the views from the grounds with the fog laying along the river, was beautiful.

From the church we hopped a bus which took us down the hill and across the river, back to Pest. We got off near the Jewish Quarter and walked to the Carl Lutz Memorial, so interesting and quite moving, we were literally the only people on the streets. We hoped to go into the synagogue and also get a little closer to the beautiful Tree of Life memorial, but again it was locked up tight. We stopped in for hot drinks at the only open cafe, the before making our way back home to get ready for an extravagant Christmas Eve dinner. Even the famed Ruin Bar was already shut for the holidays.

I've learned to not really mind this lack of open business, business. For me it's really a special thing to see a city so quiet and serene. I feel like I'm getting a secret peak at something most tourists don't see.
A few days latter Dayne and I went back up to Castle Hill on our own and went to the National Gallery, housed in the castle. What a different collection of art this is! The Hungarians haven't had such an easy time of it over the years and as art does, that is reflected here. Many areas of the museum also feel very 70's, communist, with dingy white paint and fluorescent lights in areas. Fluorescent lights in a museum! An eye opener for sure.

We also took a nice walk along the Parliament buildings and found another very moving memorial, called Shoes on the Danube.

You really can't miss the amazing architecture of Budapest whether you are strolling, bussing or taking the tram. When I was researching the city I was a bit confused that the "things to do" weren't generally things with admission prices and operating times. But I see now that it is a city of true sites; neighborhood squares, romantic bridges, regal buildings and historic areas. No admission fee required.


We left Paris on a quick EasyJet flight to Budapest Hungary where we would spend the next 5 nights. Upon landing it was snowing, we were hoping we would have a white Christmas but unfortunately this was the only active snow we would see on the entire trip. We grabbed a cab and were soon checking into the absolutely lovely Hotel Palazzo Zichy. The hotel was modern but built into an old building and we had a great room with a view of the gorgeous church and cute square across the street. It's in a great location too, being very near the Jewish Quarter, blocks from a main trolly line and only a 10 minute walk from our friends Anne & Brian's apartment.

After unpacking we bundled up and made our way to their place for a little Budapest welcoming of Hungarian sparkling wine, chocolate, salami & a delicious paprika cheese. Honestly Dayne hadn't met Anne or Brian before, and I had only met them once via other common friends, but that is one of the many perks of traveling IMHO. You get to meet and become friends with people all over the world who are like minded about traveling.

It was the last night of the Christmas market so after our aperos we all headed down to the main square for some dinner and holiday cheer. There were beautiful lights strung across most of the streets along the way and then at the square a light display was being shown on the side of one of the buildings. There were row upon row of little cabins where local artists showed their wares. And of course there was food. A few huge counters were set up, pretty with hanging lights and smelling of roasted meats and mulled wine. Anne pointed out various things that she knew we'd be interested in and we set to ordering. Sausages, potatoes, pork knuckles, stuffed cabbage, etc.
The snow had turned to drizzle but Brian found a picnic table under an umbrella and we had our first of many delicious meals in Budapest.

Hot wines and hot chocolates in hand we walked our dinner off (or one bite of pork knuckle maybe) by strolling around the market. There were many people out shopping, eating, drinking and listening to the live music. It was absolutely lovely.

Brian and Anne detoured us down a little street and we had our first glimpse of the Danube and its stunning waterfront. I couldn't wait to do more sightseeing the next day!

And then we made our way back, walking through connecting streets where the market continued with vendors, food stalls, even a little pop up bar with a fireplace you could enjoy a drink by, in the middle of the sidewalk.

It was exactly the way I had imagined our first night in Budapest. If you get a chance to go during the Christmas market I highly recommend it.