Right before the holidays, Forest was in Texas visiting her parents, so I suggested a short meet-up to do a little eating and drinking. As we do. We chose Austin as neither of us had been before. As a bonus, my friend Margaret had moved there about 3 years ago and it had been way too long since I had seen her. 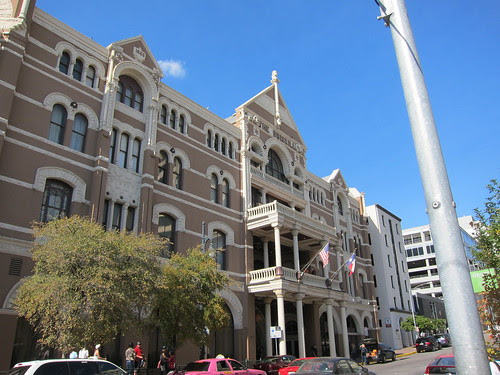 Forest picked me up from the airport and it was a quick 15 minute drive to our home for the next two nights, The Driskell Hotel. The elegant hotel has a 100+ year history and is the subject of many stories of political balls, Presidential sleep overs and even a haunting or two.

We had a beautiful room with crazy high ceilings and super comfortable beds. The location ended up being so perfect that after we dropped the car off with the valet we didn't need it again until we left town. I will say that we found the cabs in Austin to be possibly the least reliable and hardest to find than most any other city. And we had a few particularly sketchy drivers on top of that! 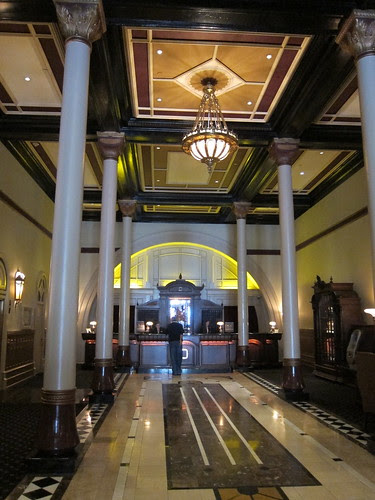 That night, Margaret met us at the hotel and the three of us were off to our first cocktail stop on our whirlwind tour of Austin. Peché had been recommended to me by more than a few people and it was obvious why. The space is large and just about half of it is taken up by a gorgeous, long, dark wood bar. The bartenders were very friendly and the drinks, like my fig Manhattan, were delicious. And they have this totally cool ginormous absinthe fountain! 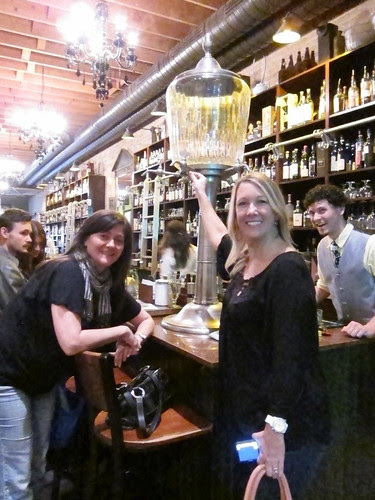 Dinner that night was at the very delicious La Condesa. High-end Tex Mex was exactly what we were looking forward to for our first Austin dinner and this did not disappoint! I only wish we had been able to eat our way through more of the menu. Next time! 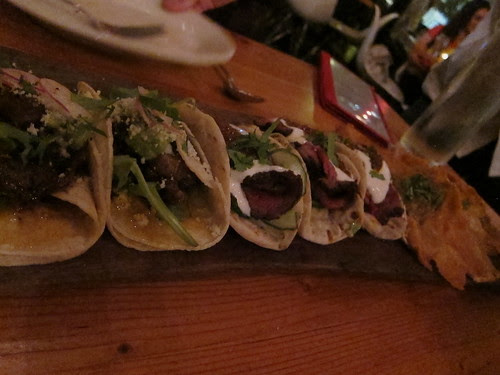 Forest and I finished up with a nightcap at the hotel bar. Well, we did after we basically had to beg the bartender to make us some martinis. Last call was surprisingly early every night we were in town.

The next day we explored 6th Street before walking over to the state capitol for a free guided tour. This was a really fun and informative experience. Our guide was a college student and had lots of stories about the history of Texas, the six countries who have ruled it, battles and the way the state is run now. The building and the grounds are really pretty and as with everything else in Austin, it was just a short walk from the center area of 6th and Congress. 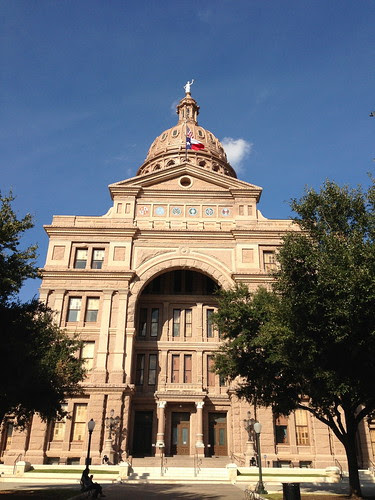 After all that history, it was time to start checking out the local cocktails again. While waiting for the newest speakeasy in town to open up, we grabbed a quick cocktail next door at Parkside. I would really like to try to eat here next time I'm in town as it smelled heavenly! And a nice gentleman at the bar picked up the tab which made it even better :)

We finished up and headed over to Midnight Cowboy, found the appropriate buzzer, and were let in through a cruddy looking metal door into a very dim and pretty cocktail parlour. 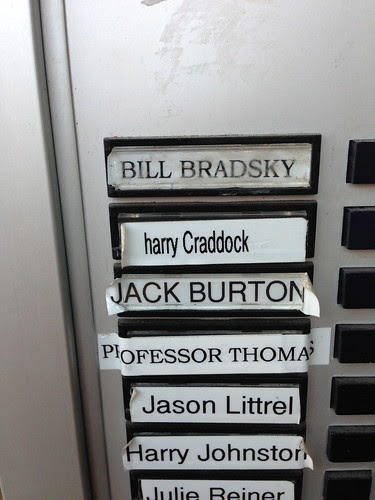 It just so happened that the drinks we chose were done table side, a great way to get that "sitting at the bar" feel when in fact you are lounging in a booth. The drinks here were really good, the vibe very dark and hushed, and the staff was super nice in answering our questions. 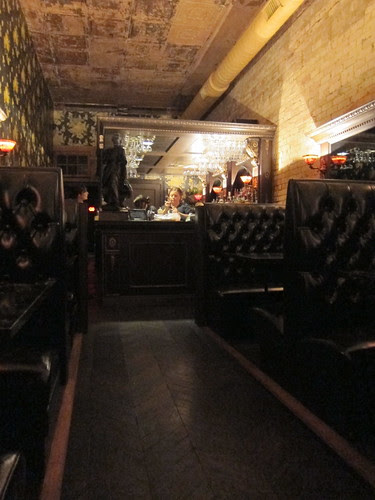 We were starving now and it was time to meet Margaret at Barley Swine. It is very popular (for good reason) and they don't take reservations. Faced with an hour+ wait we decided to check out the (very few) neighboring bars. First up was Henri's Cheese & Wine were we had a really delicious charcuterie platter to stave off our hunger. Next we sauntered over to the Horseshoe Lounge in search of a margarita but found only very cheap beer on tap paired with fluorescent lighting. Not to be deterred we walked over to La Feria for slushy regrets. Luckily the restaurant buzzed and out table was ready. 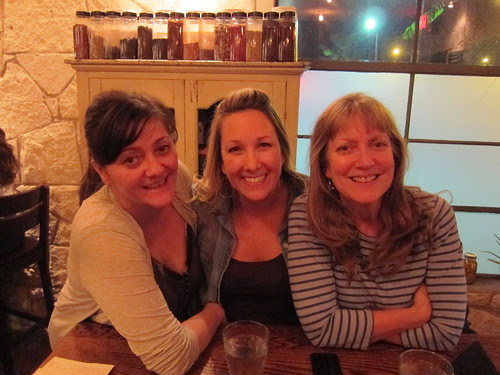 We basically ordered the entire menu to share, which is absolutely the right thing to do. This is "tweezer food" but using southern ingredients like okra, pigs trotters, head cheese, etc. Absolutely delicious!

With such a short amount of time in town we forged on for a nightcap at Bar Congress. This swanky bar is actually part of the trifecta of Congress restaurant and Second Bar & Kitchen, all housed in the same multi-use building. 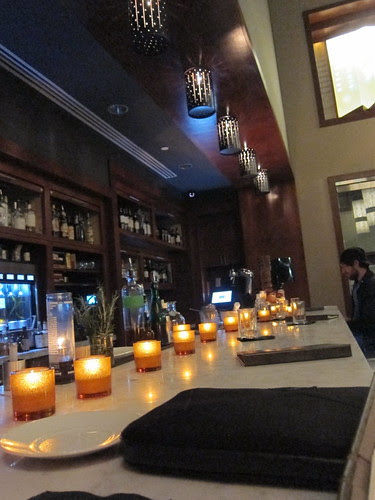 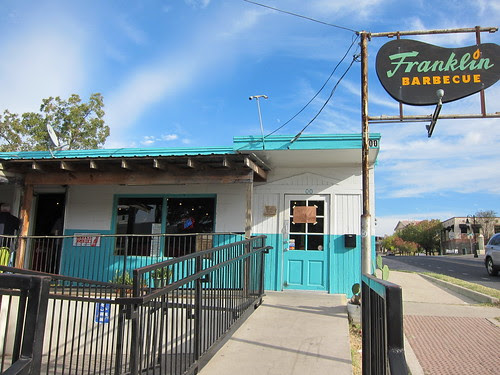 But not before we got this plate of amazing brisket! Ribs were gone but we had more brisket then we knew what to do with. We were also the last people to leave. The owner was super friendly, coming by all the tables to chat and apologize for not having everything we wanted. This is a must stop but maybe go a bit earlier ;) 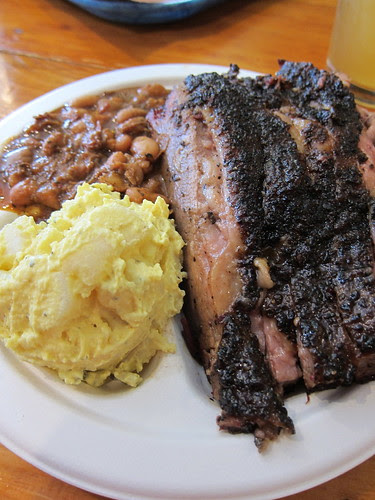 We had just a short amount of time to kill before Forest dropped me at the airport so we grabbed a cab and headed to check out the SoCo (South Congress) neighborhood. It's filled with funky shops, patio cafes, corner lots of food trucks, boutiques and bars. We could have spent more time perusing, but it was still a good look at the quirkiness that is Austin. There's a reason the city's tagline is "Keep Austin Weird". 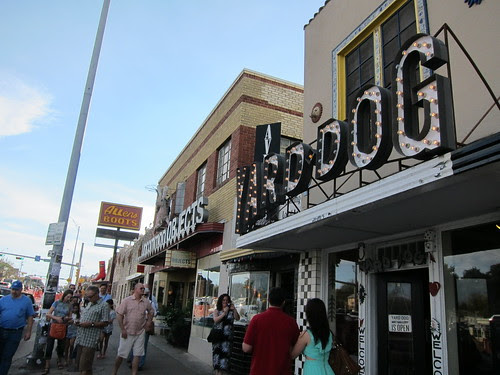