In 2001 I had ripped an article out of W Magazine on Dubrovnik. The article described this gorgeous Croatian city which was in desperate need of tourists due to the war that ended in 1995. Back then, I had to look on a map to find where the stunning photos were taken. I had only been to Europe at that time but immediately put Dubrovnik on my "go-to" list. It only took me 18 years but here I was, finally! 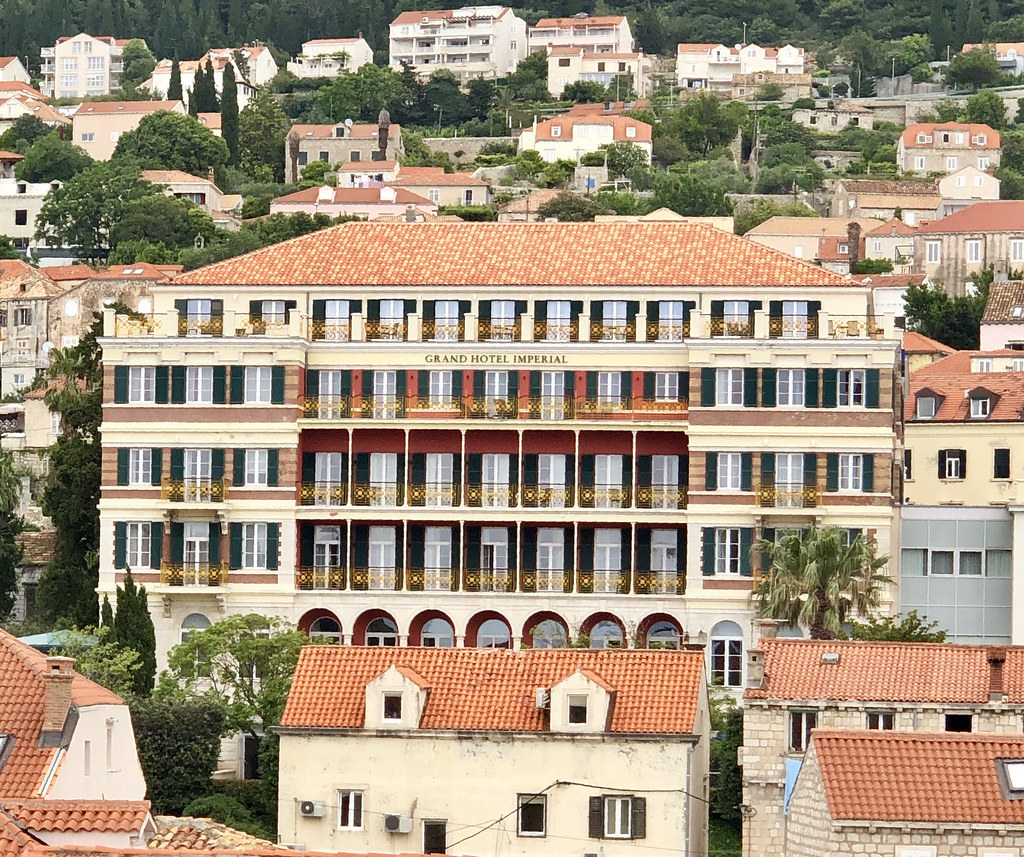 We arrived at the port via the fast ferry from Split and took an Uber about 3km to the entrance of the Old Town. I was staying at the beautiful and historic Hilton Imperial Hotel. Aaron had a great Airbnb just inside the gates, and about a 10 minute walk away. Cars are not allowed in the old town streets so he set off with his luggage while I went inside to check-in.


*The Hilton Imperial Hotel provided me a special rate for my accommodations, including complimentary breakfast and wifi, however all opinions are my own.* 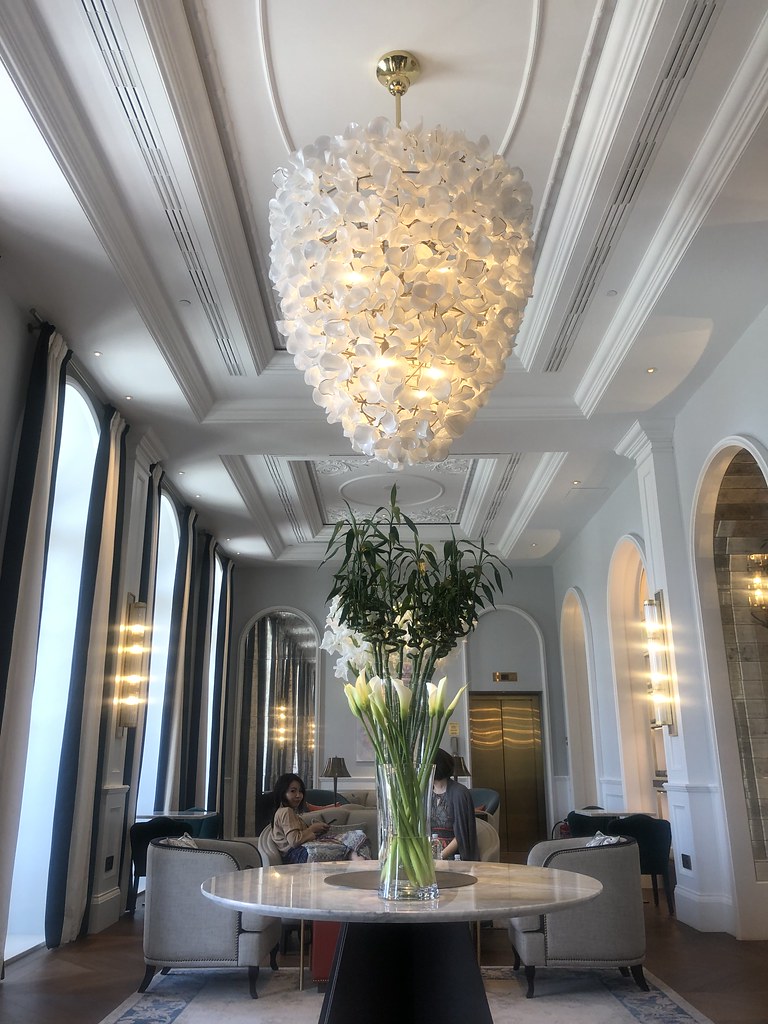 The hotel recently underwent a full renovation. Opened over 120 years ago it was the first modern hotel in Dubrovnik and offered luxuries such as electric lights, rooms with baths, and elevators to its well-to-do guests. 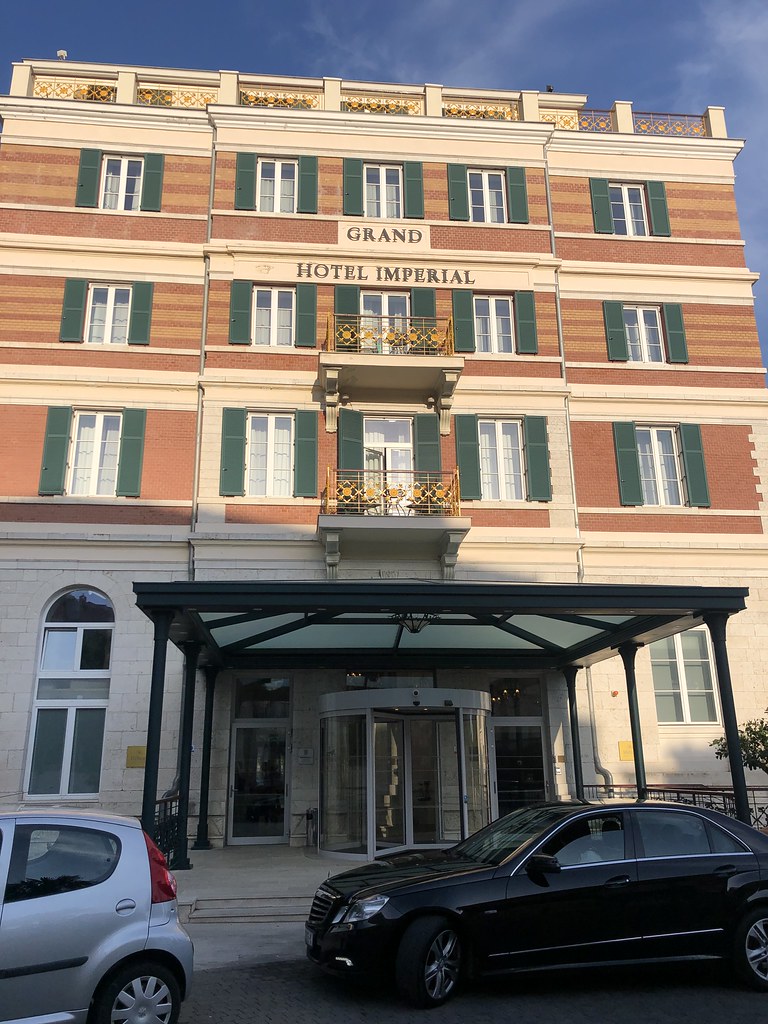 The buildings had been through multiple wars; hit by grenades and damaged by fire. But after Hilton took over and the remodel was complete, the Imperial is back to being a place of comfort and class. The spaces are just absolutely gorgeous and the staff went out of their way to help with even the smallest of things. 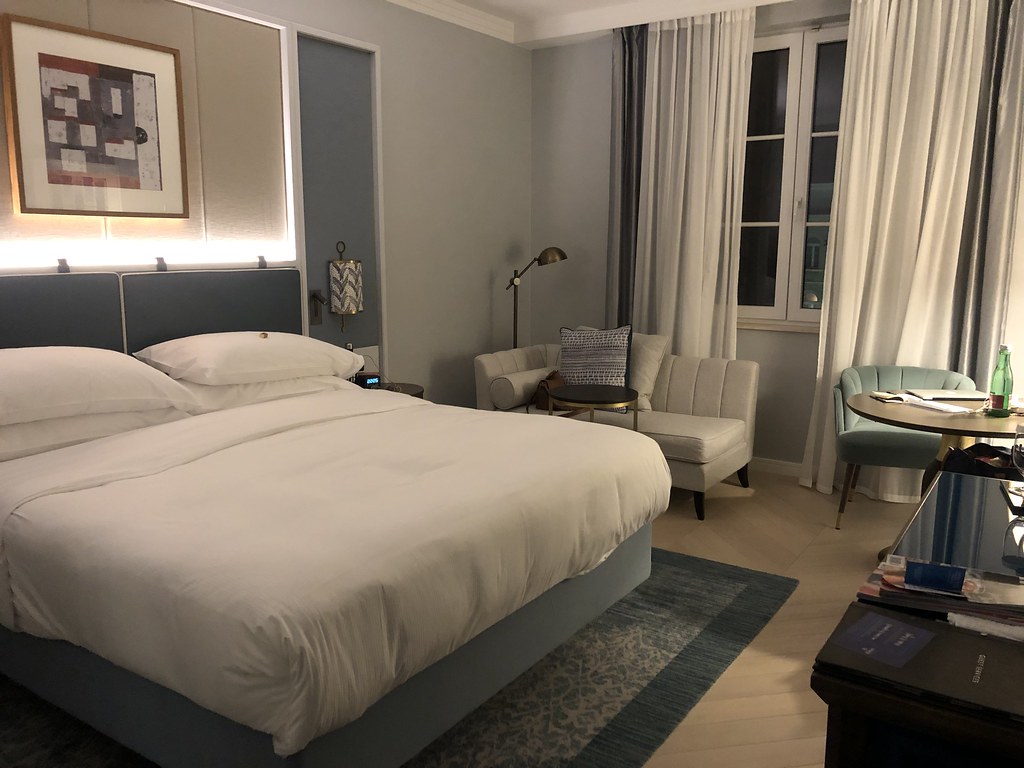 I absolutely loved my room! The blue, cream, and gold decor was so relaxing and modern. There was a table for my laptop and also a chaise for relaxing. And there was nightly turndown which is A+ with me!

Breakfast each morning was a wonderful big buffet which I chose to enjoy outside on the terrace. The front desk was sure to inform me that mimosas were also complimentary during breakfast :) 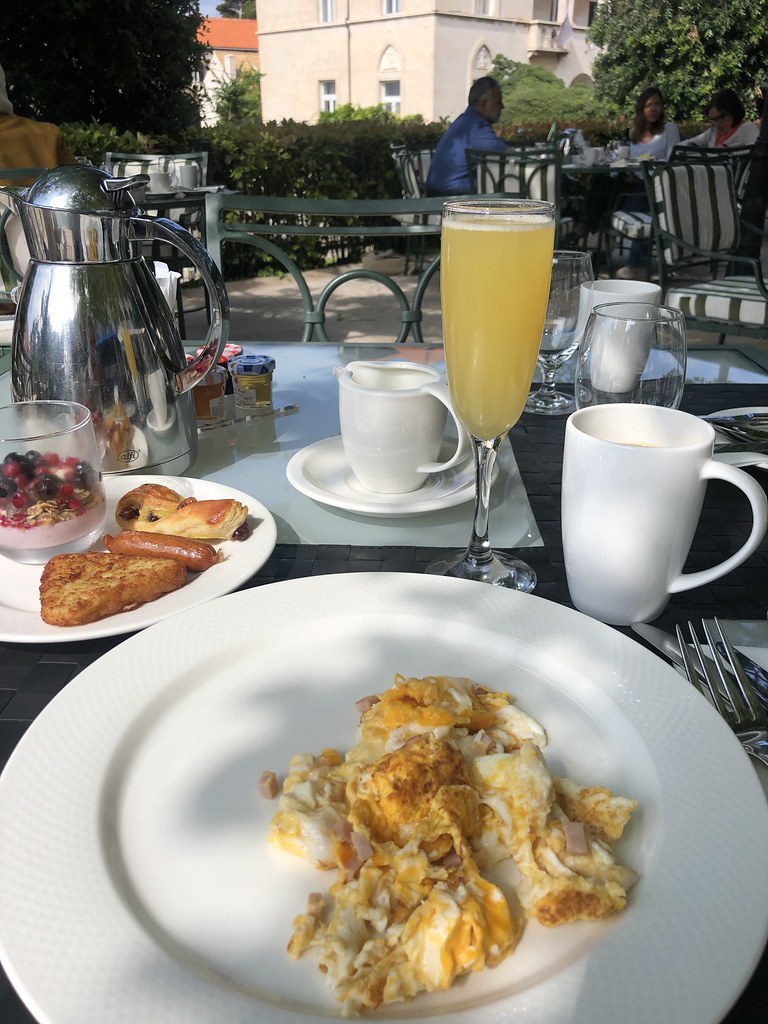 But let's talk about what is really important to me. The bar. And what a bar it is! Best in town, hands down. 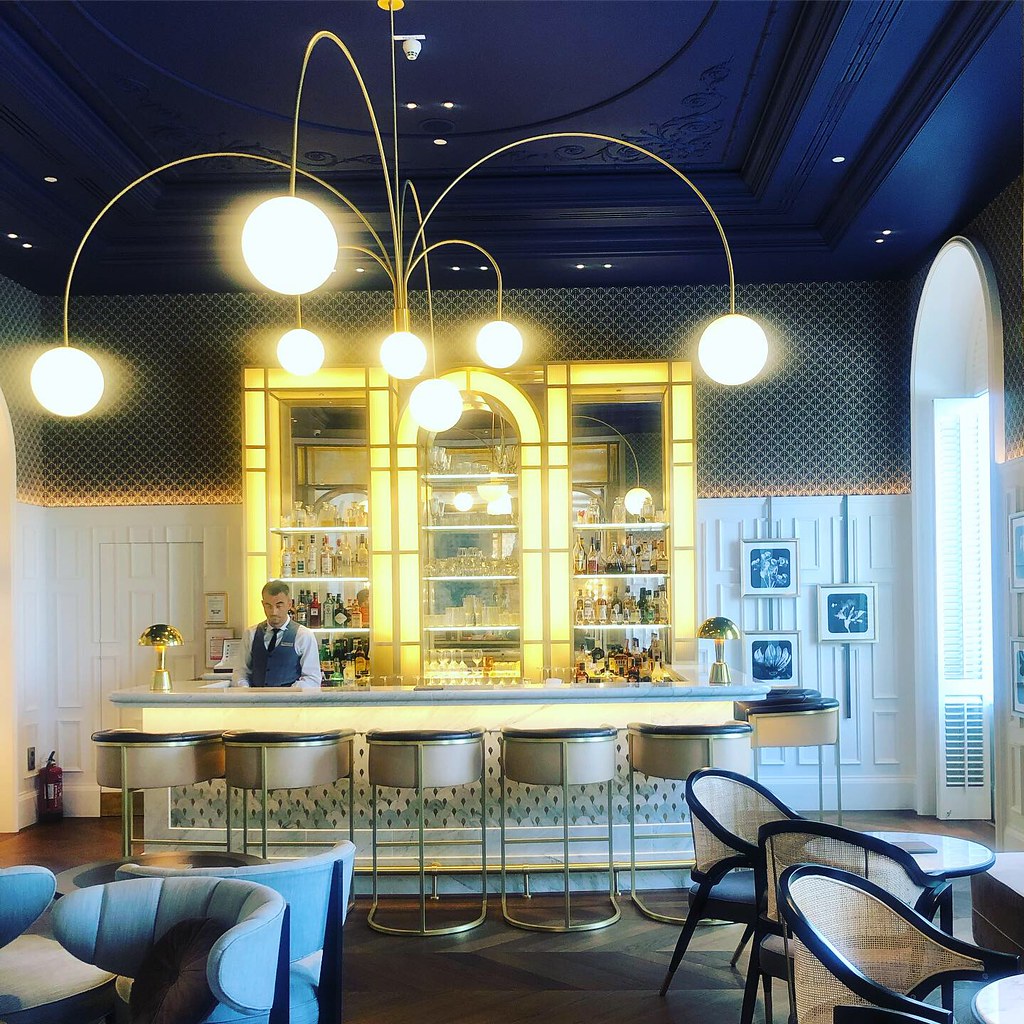 Evening cocktails at the Imperial Bar were a lovely, daily habit. I'd suggest you do the same! 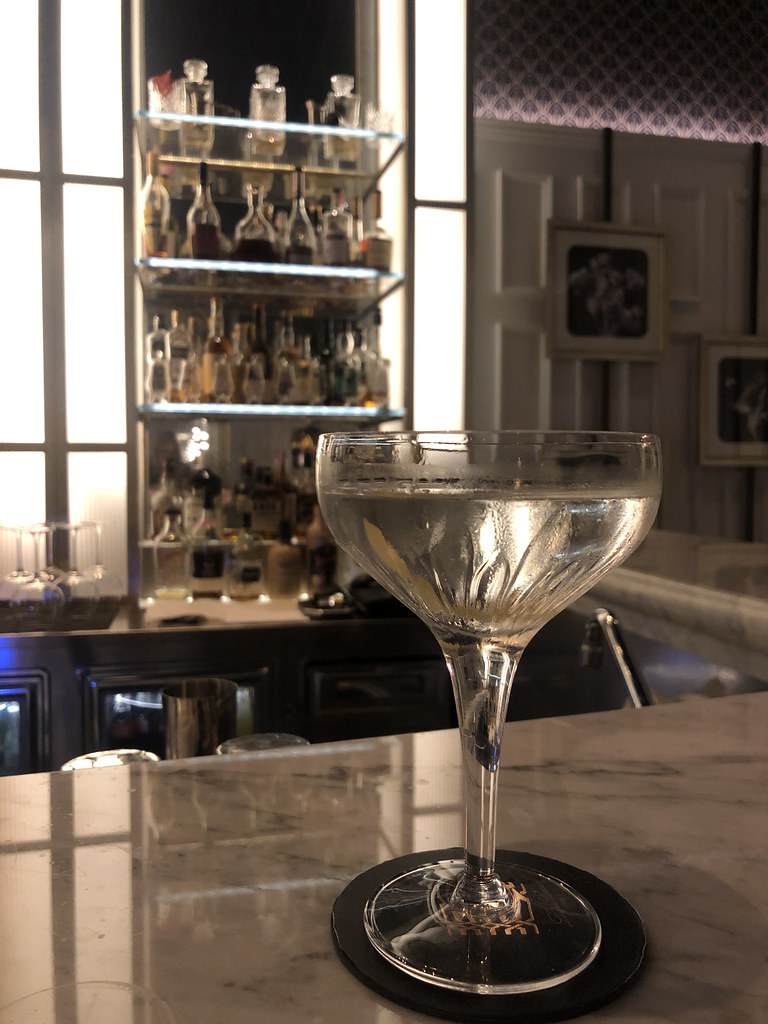 Being just steps from the Pile Gate is another big plus to staying at the Hilton Imperial. I was actually a little shocked when I walked down the front steps and could see the gate just in front of me! 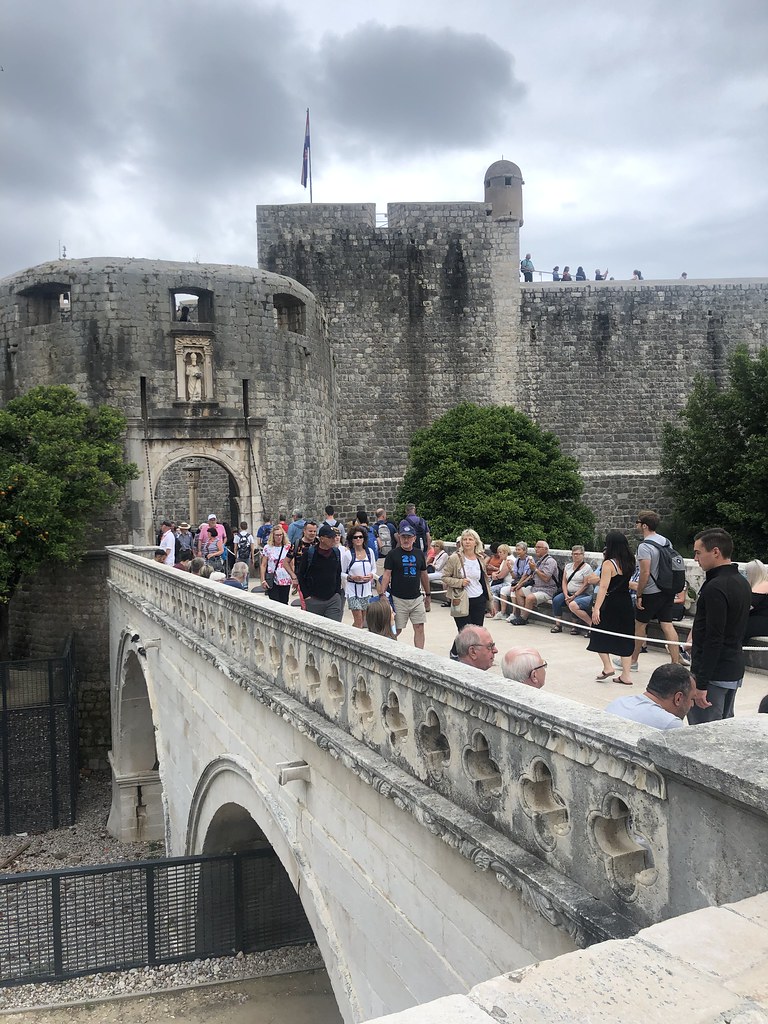 A friend had advised me of the monstrous crowds that descend on Dubrovnik each day and suggested that I plan my daily activities based on how many cruise ships (and how many passengers) were in dock each day. Brilliant! I used this site in order to reduce being caught in the crowds too much.

Our first afternoon was spent doing an incredibly fun Game of Thrones walking tour, which I've already written about here. 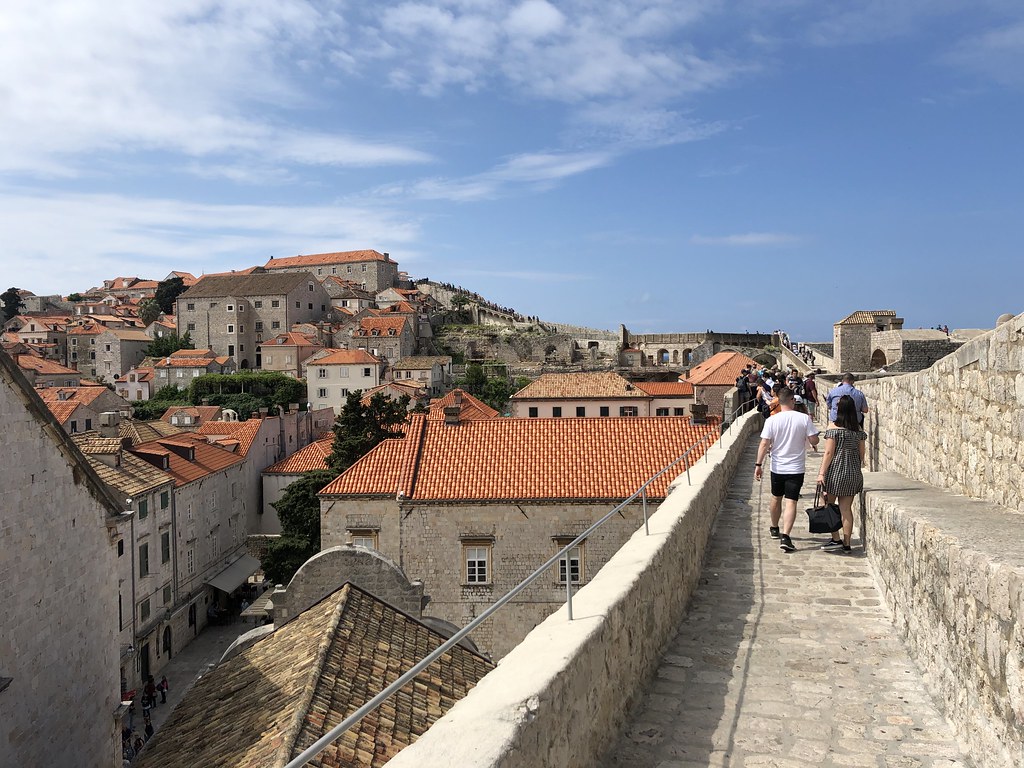 One day there was only one cruise ship in port so I met Aaron for a walk around the Old Town along the ancient walls. We bought our ticket at the main entrance (you can also buy it online in advance) and started at about 10am. It wasn't too busy yet and they have it set up where you walk one-way only. 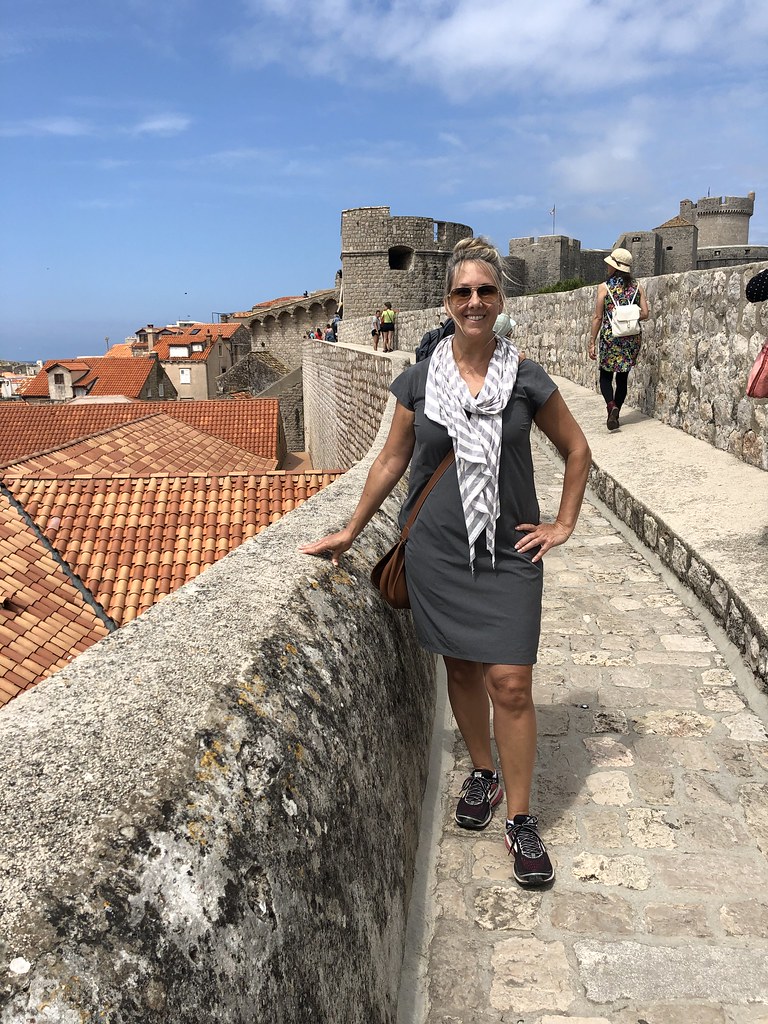 I absolutely loved all the red roofs! I couldn't stop taking photos of them, as Aaron pointed out quite often! LOL! The views are just incredible and the day was sunny and bright which just added to the beauty (bring sunscreen!) 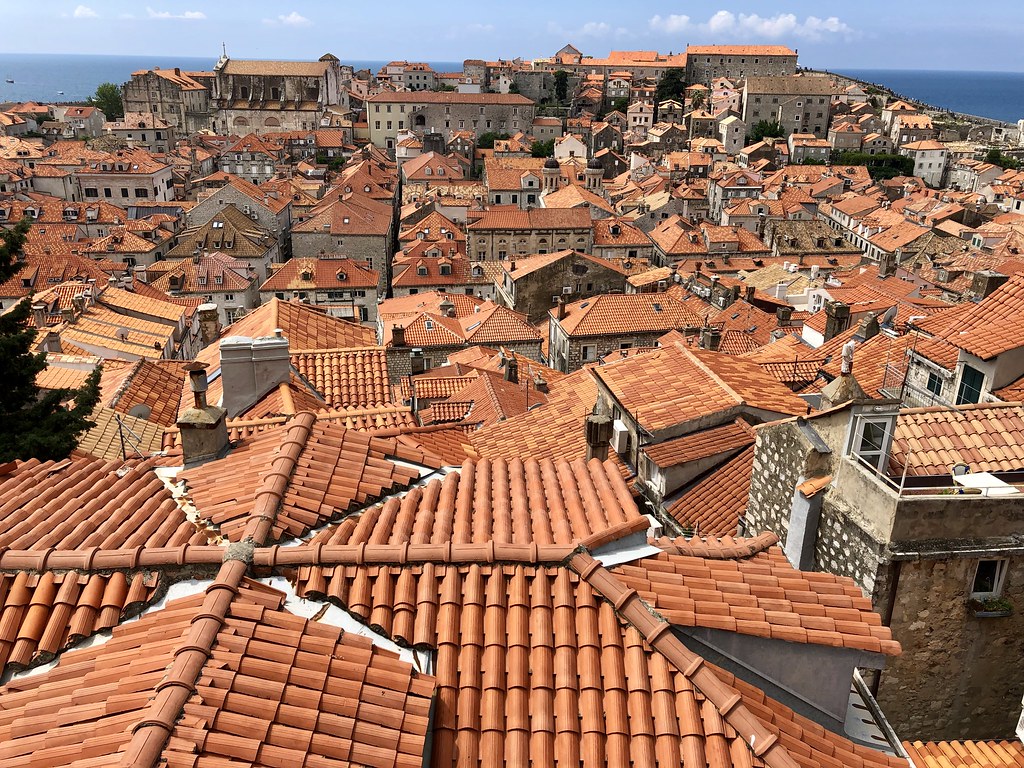 There are a few places that you can stop for a coffee/wine/ice cream but they are far between and sometimes crowded. Best to bring a bottle of water. Although the tickets aren't cheap ($25 I think) I thought this was a fantastic way to spend the morning! 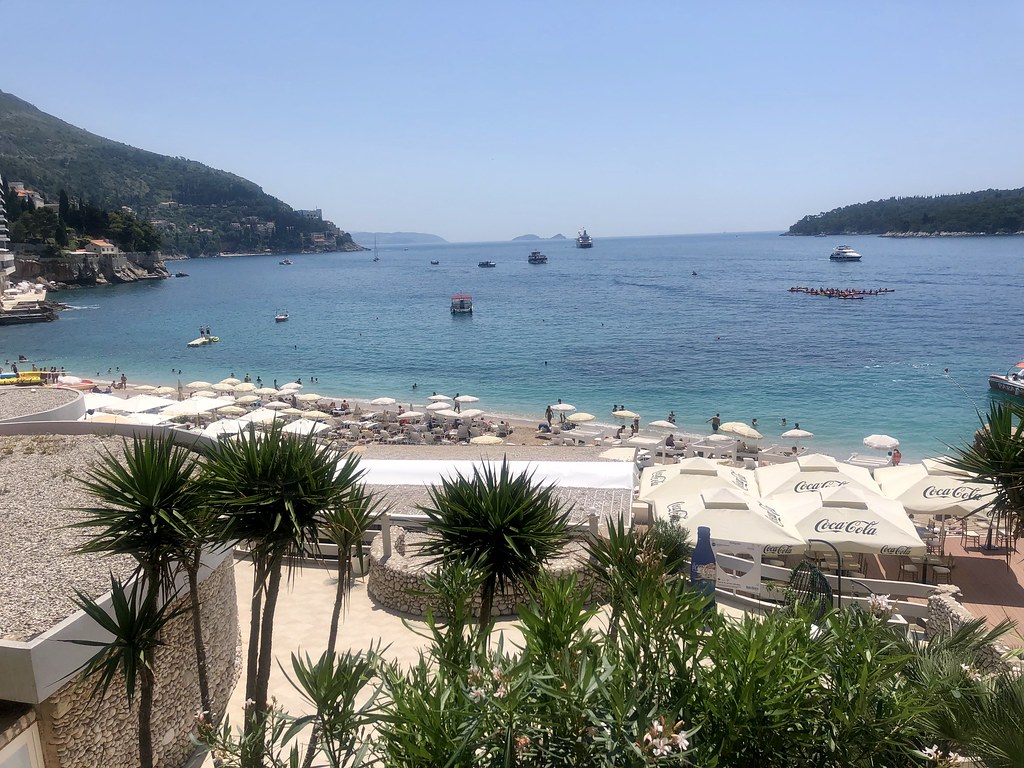 On my last full day in Dubrovnik I decided to spend the day at the beach. The weather was gorgeous and having been robbed of great weather during our sailing charter the week before, I was ready for a loungy day in the sun. I set off right after breakfast and walked across Old Town and out the Ploče Gate, in 20 minutes I was at the Banje Beach Club. 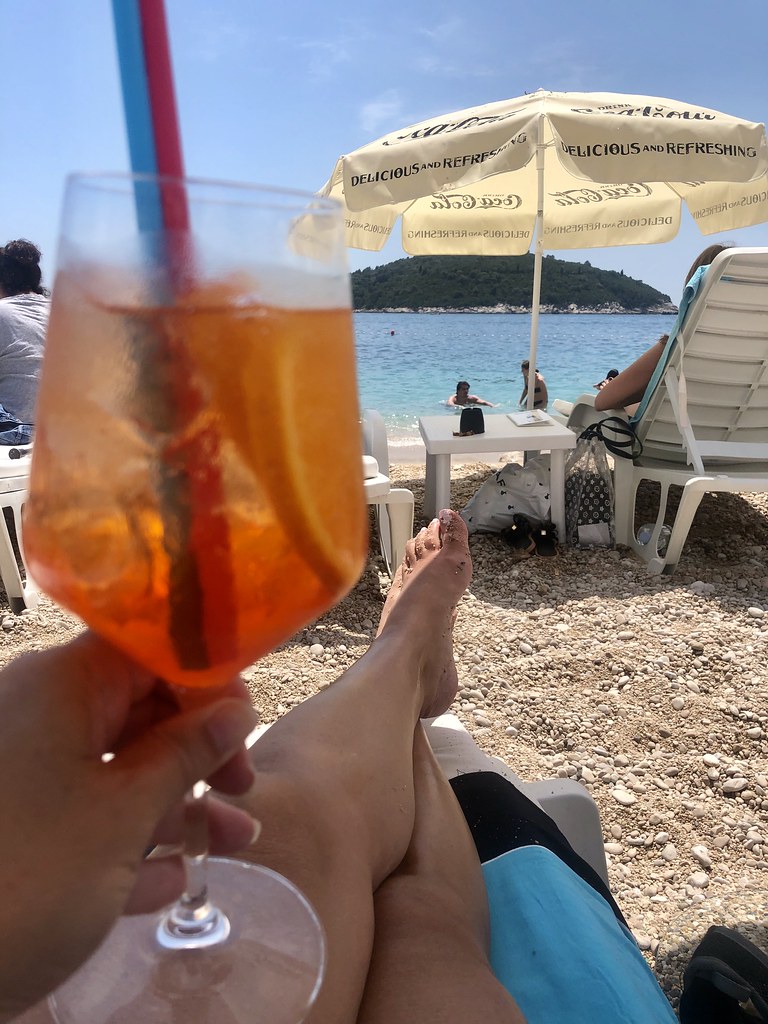 I paid 100 Kuna ($14) for a lounge chair/table/umbrella one row back from the ocean. I enjoyed many overpriced Aperol Spritz throughout the day, had a very "meh" lunch with a fabulous view of the ocean, and had a ball swimming in the clear blue water and soaking up the sun. I loved it so much I stayed all day! 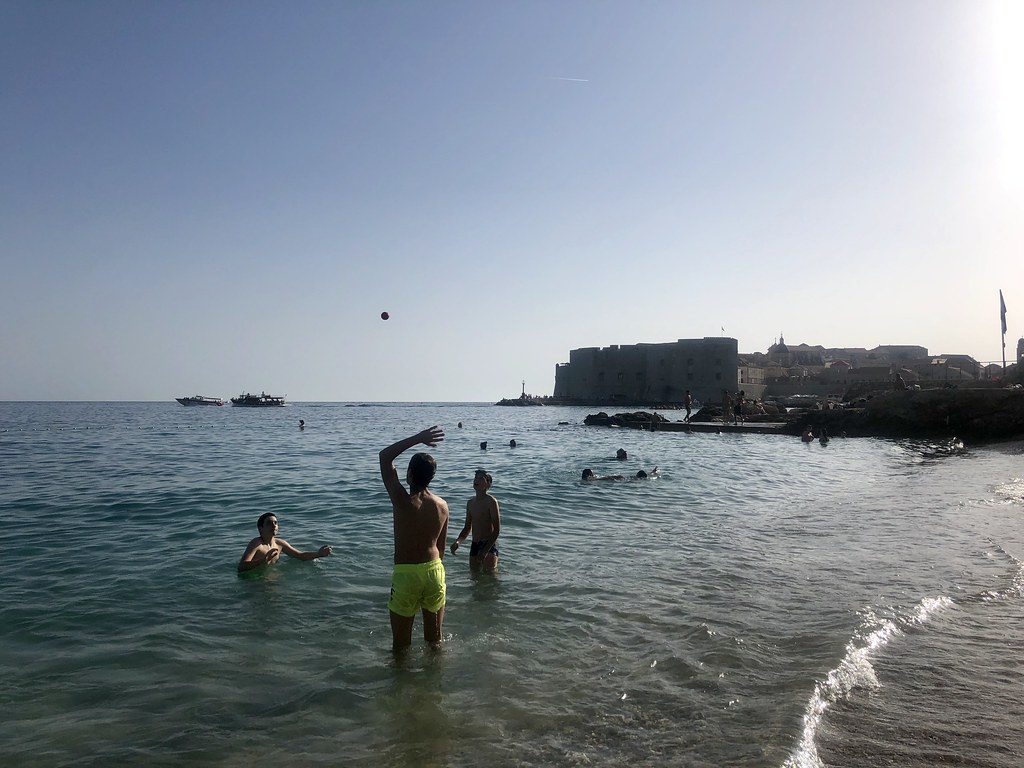 On my walk back to the hotel I stopped at KAWA, a really cool housewares and design shop which carries all sorts of locally made goods. Aaron and I had browsed around a few days prior so I was back to pick up a cool painted dish, a local gin, and some local truffle salami to take home. They had also recommended a barber to him which he adored! 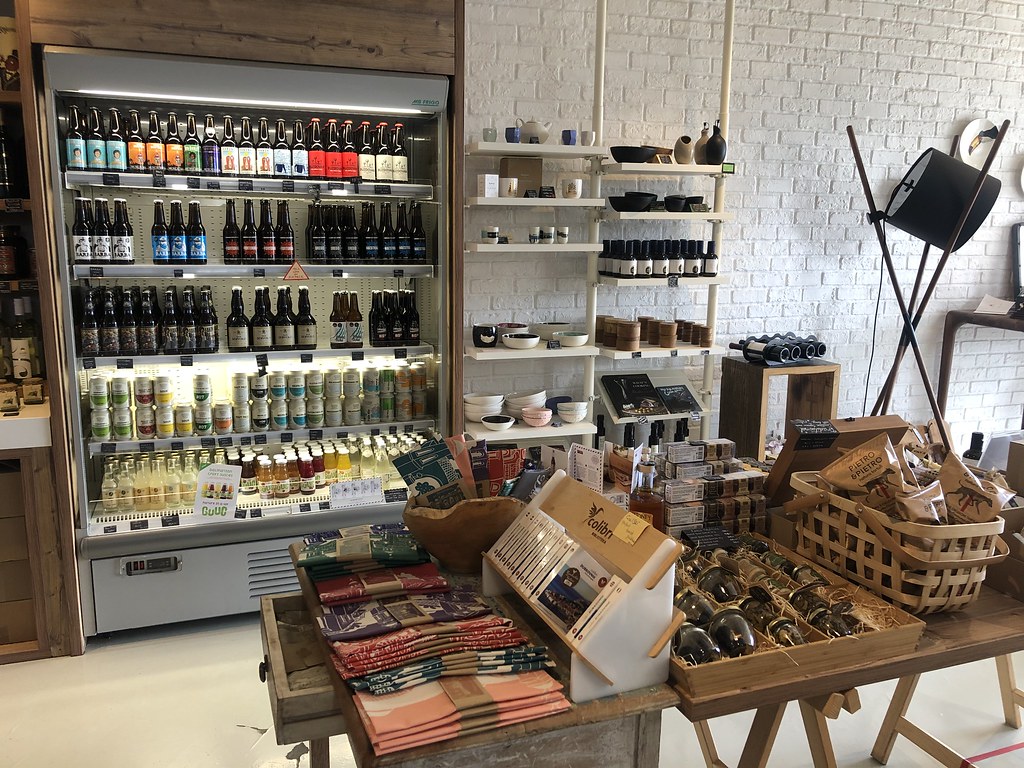 Most people would tell you to take the cable car up for views of the city and the sea, but it was closed when we were there because of owed taxes or something!

One of the best parts of staying in Dubrovnik for a few days is getting a chance to get lost in the windy streets and getting a glimpse into the locals lives. 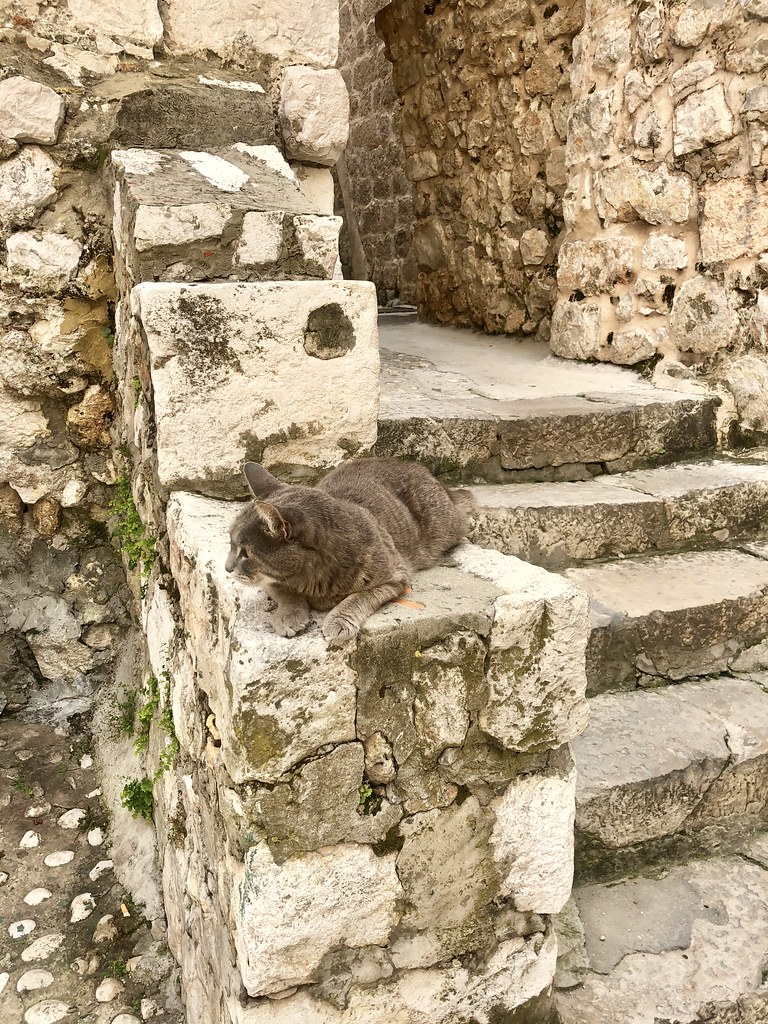 And if you stay a few nights, you can wander around after the daytrippers and cruise ships have left and have almost the entire place to yourself! 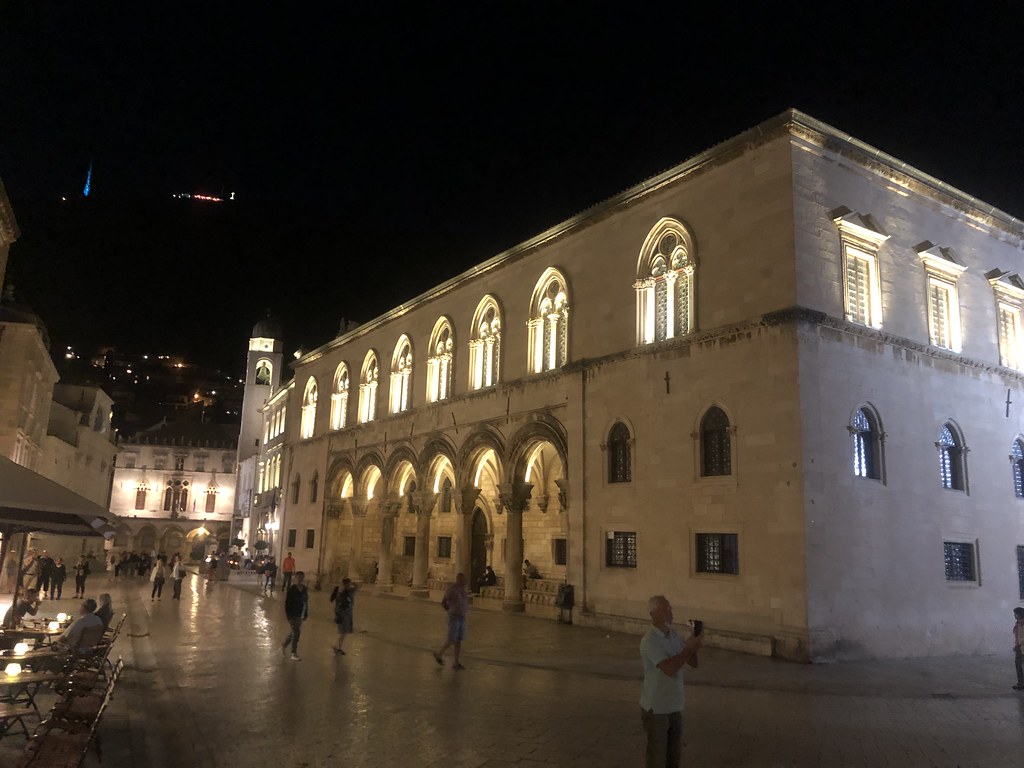 Dubrovnik did not disappoint. For sure, the posh digs of the Hilton Imperial Hotel were the icing on the cake and not the type of accomodations I would have been able to stay at 18 years ago. Somethings are worth the wait!