After an absolutely lovely four days in Slovenia, I drove across the border into Croatia and the capital city of Zagreb. There was a short wait at the crossing, and I had forgotten my passport in the trunk of my rental car so I was very popular with the cars behind me, but there were no complications crossing in. 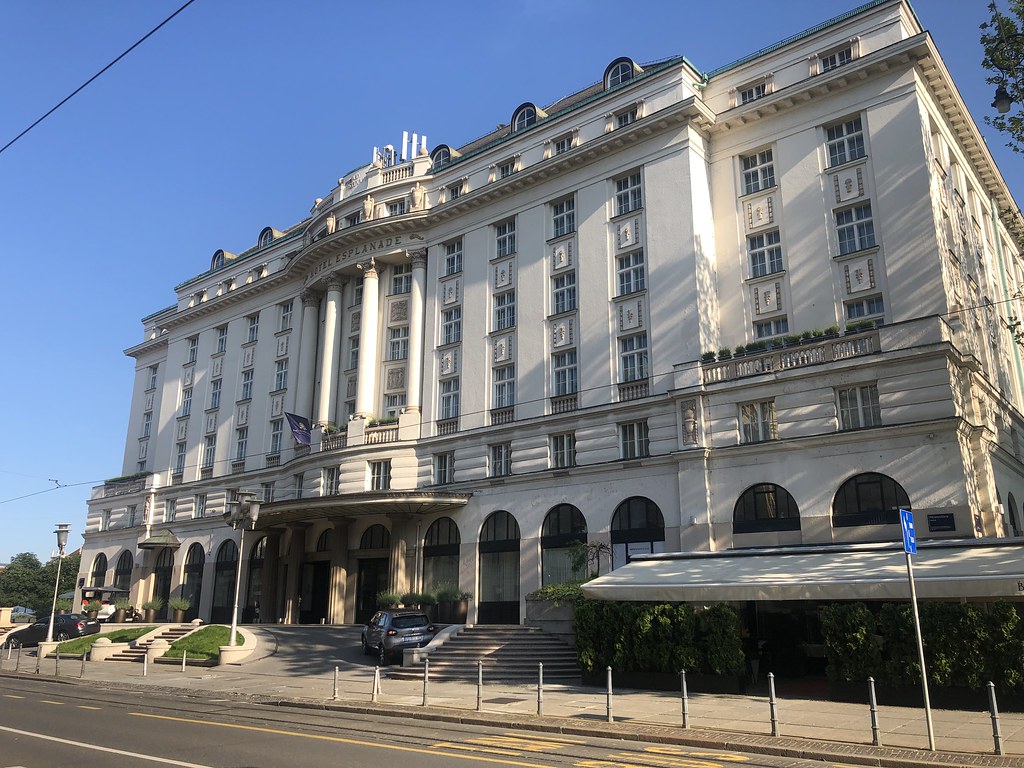 Zagreb is a big city compared to the quaintness of Slovenia, it was a little bit of a shock as I drove through traffic. When I saw the entrance to the 95 year old Esplanade Hotel I was happy to pull into the driveway and hand my keys to the valet to take care of. The hotel was built in 1925 for the passengers of the Orient Express and has seen hundreds of celebrity guests over the years, including Josephine Baker, Elizabeth Taylor, Tina Turner, Hillary Clinton... and me! :) 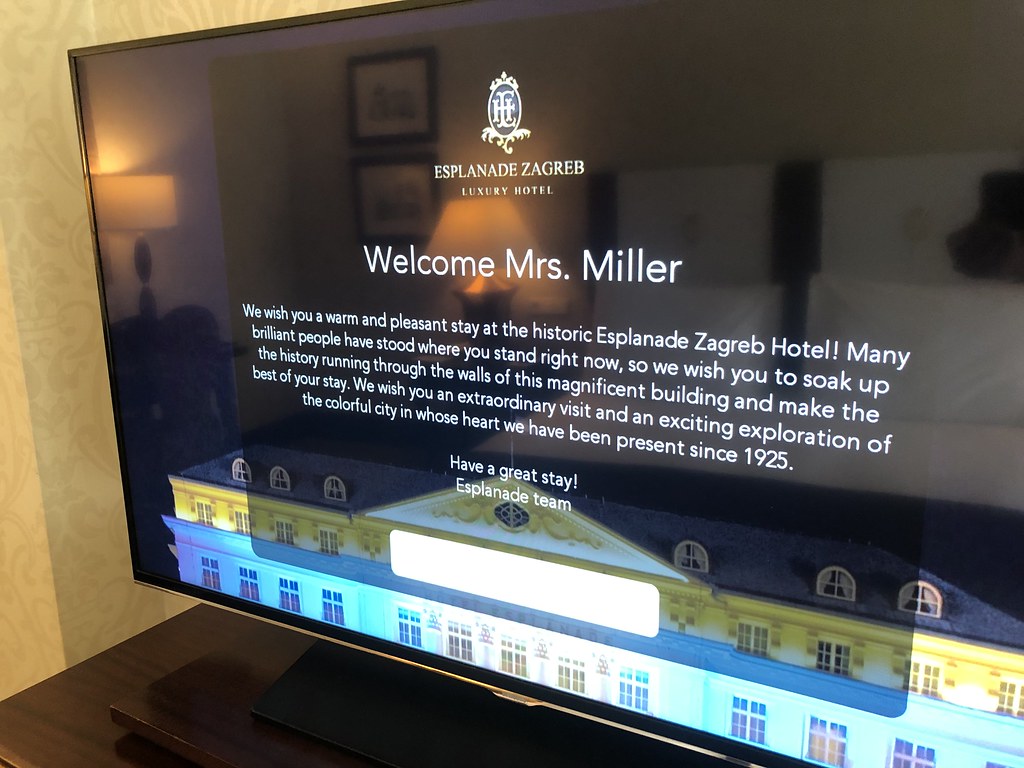 My room was absolutely gorgeous, with a huge king sized bed, luxurious bedding, a dressing area, and big bathroom complete with soaking tub and separate shower. 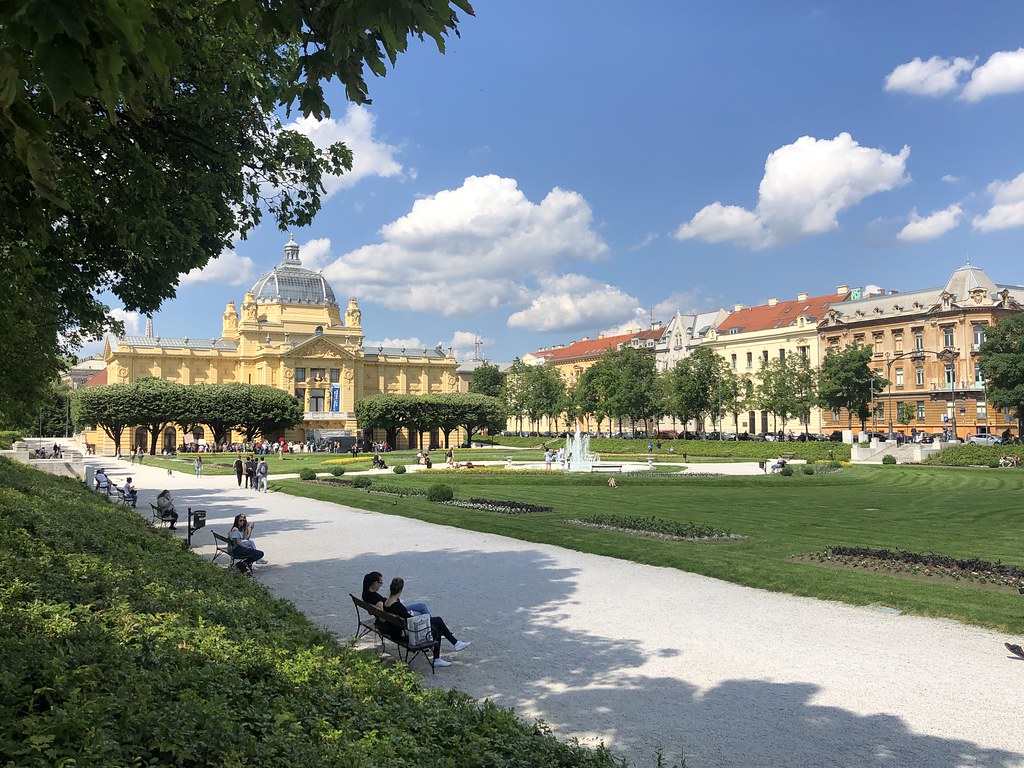 It was late in the afternoon and I only had one night in the city so I set off to explore. Zagreb is very easy to walk around, as long as you are staying near the main sites. I followed the self-guided walking tour in my guide book and had a great stroll around. 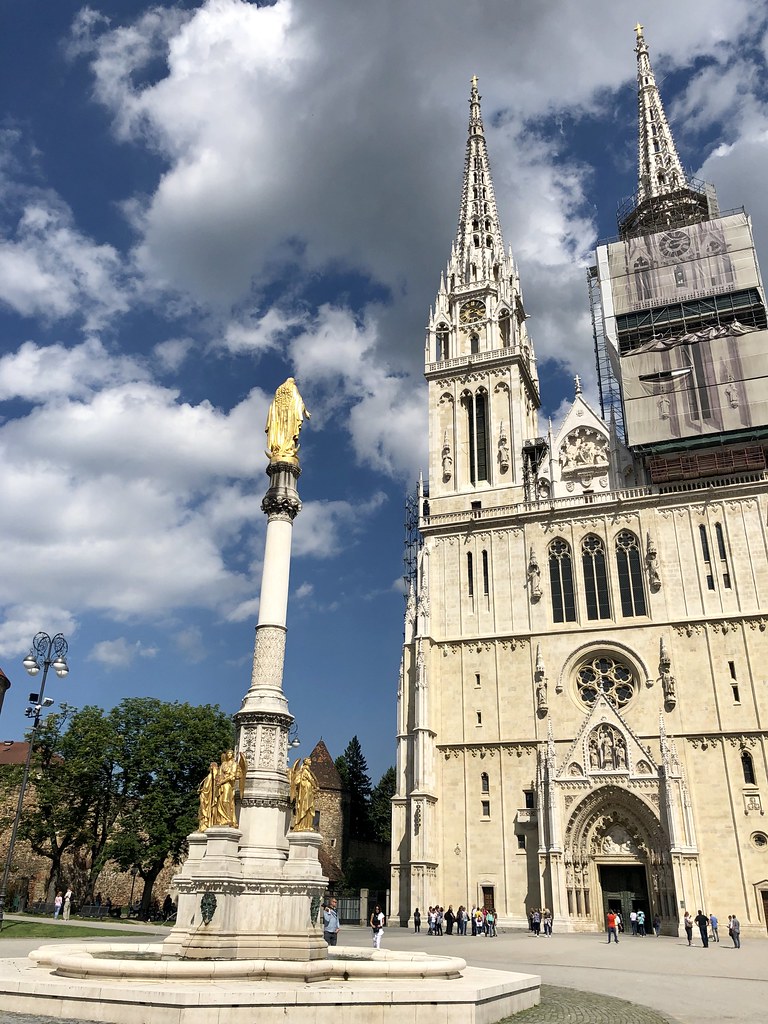 First up was the beautiful cathedral and the nearby Dolac Market. The church was open, but unfortunately I missed the market by about an hour. I continued on to the adorable and touristy Tkalčlćeva Street, a social hub with tons of bars, restaurants and shops. 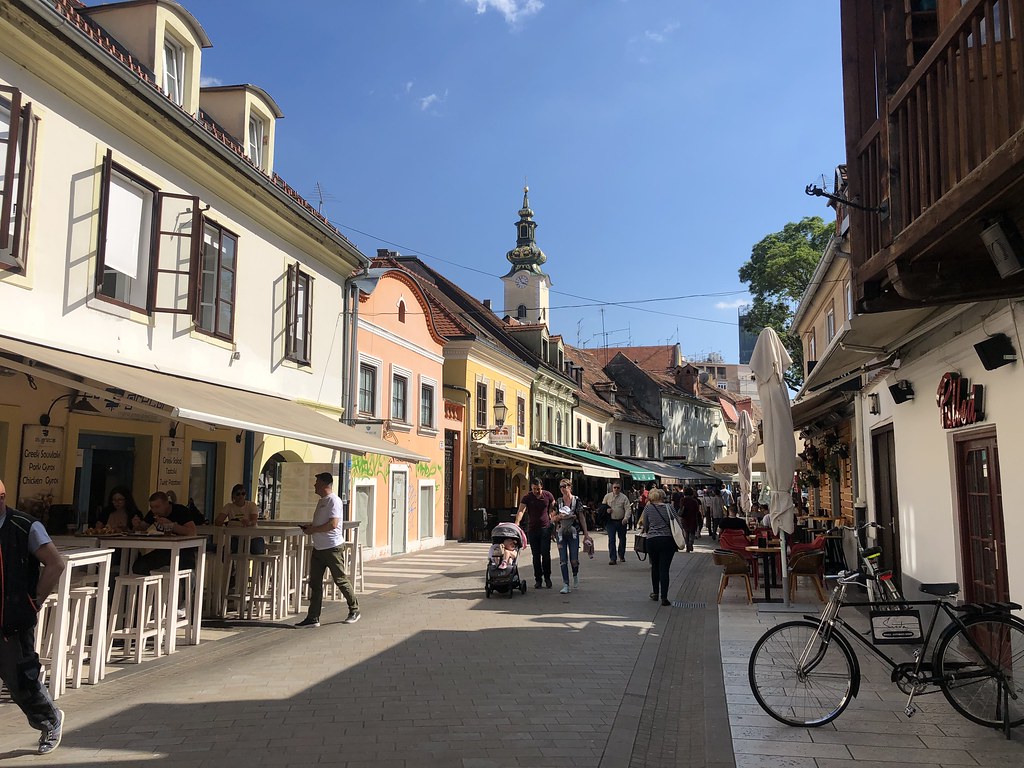 I chose one of the cafes with outdoor seating and wifi and had a glass of wine. It was absolutely gorgeous out!

I was heading towards St. Mark's Square when a jewelry store window display caught my eye. I went inside and asked about the gold ring I had seen. Turns out the shop, called Lapidarium, sells items from local jewelers and the man helping me was the designer. I loved it and wore it out! 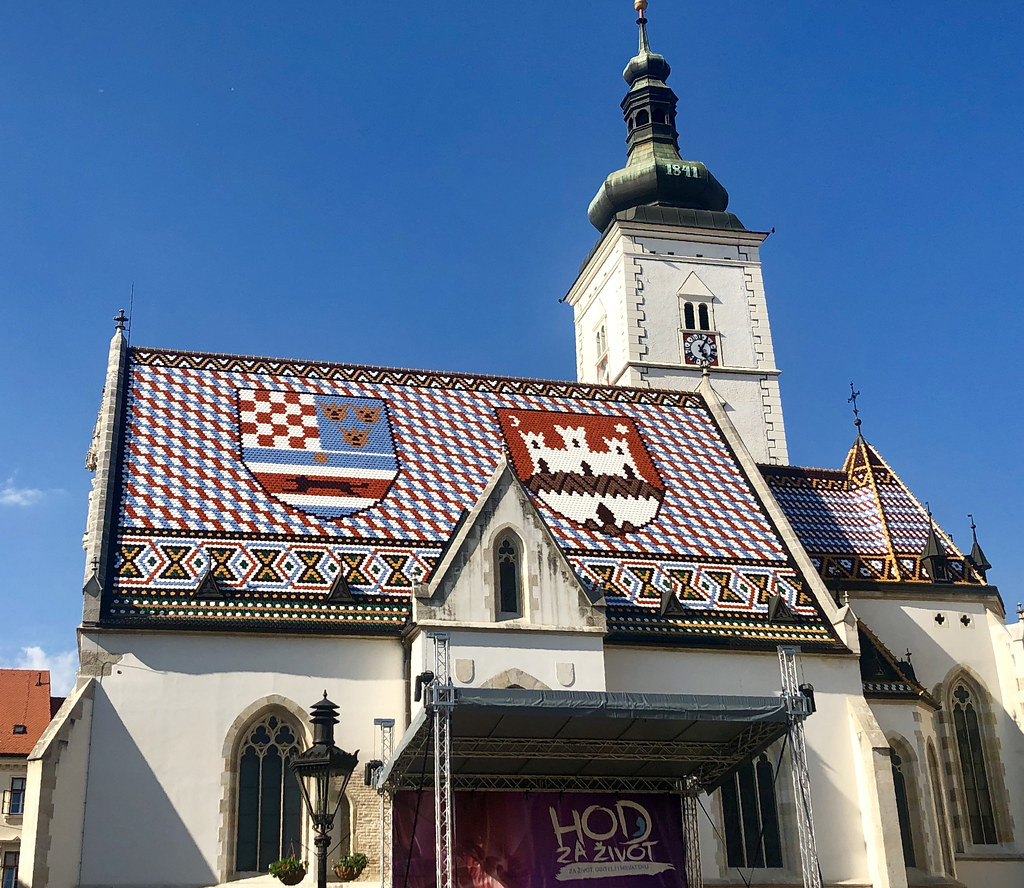 St. Mark's is perhaps the most famous of all the buildings in Zagreb. The square is also the center of Croatia's government and when I walked up there was a military procession being rehearsed. I wasn't able to find out more than there was a parade coming up to commemorate the end of a war or battle but it was fun to watch their practice. 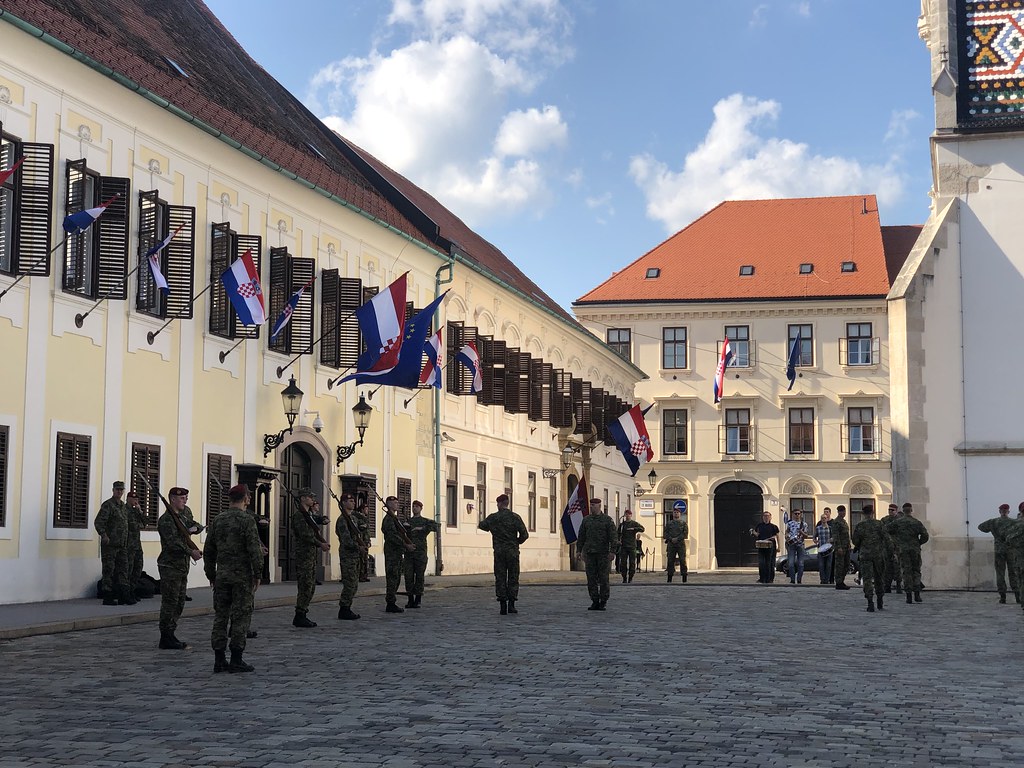 The church was closed for a wedding so I headed to the funicular (I had taken the stairs up the hill) and once at the bottom, strolled back to my hotel. It's really a lovely city, filled with flower stalls, beautiful buildings, and lots of outdoor cafés/bars.

I got cleaned up for dinner, had a drink on the terrace of the Esplanade and then called an Uber to take me to the 1 star Noel. This is Zagreb's only Michelin starred restaurant; atmosphere and service were wonderful. 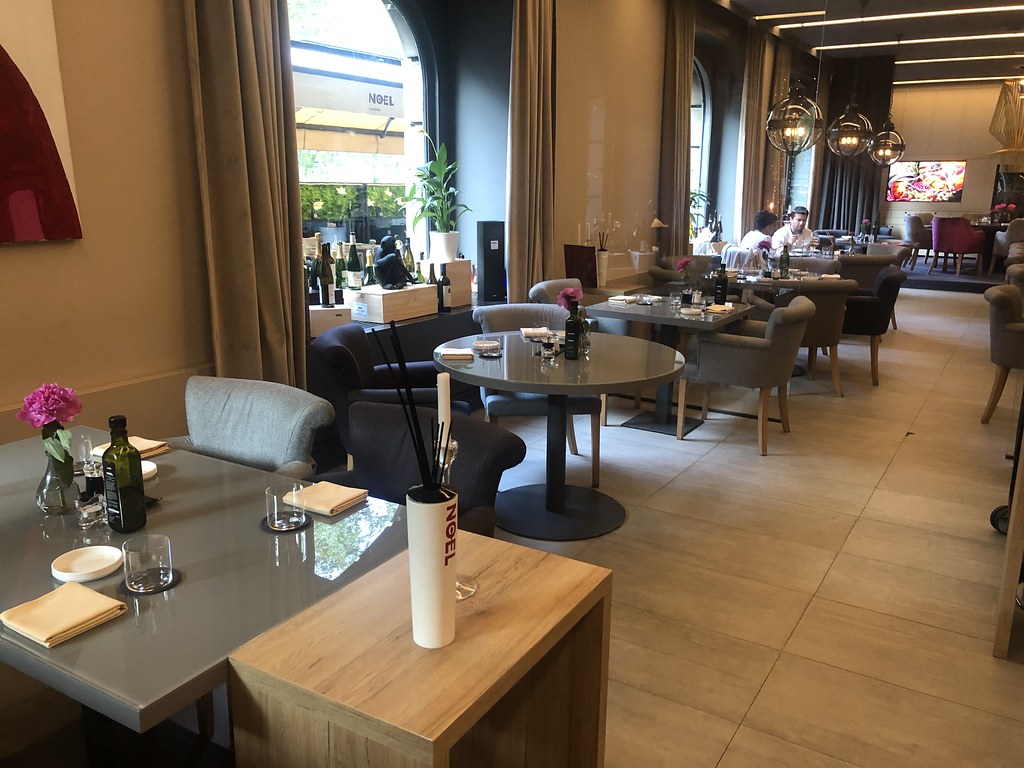 My 4-course meal was $73, another $39 for wine pairings. A steal! I was also served a trio of amuse, bread with 3 kinds of butter (1 had prosciutto in it!), and a nice petit four dessert. I wasn't a fan of their special risotto; it was pureed together with green peas and favas. The flavor and color were great but the texture turned me off. The tuna sashimi trio and the duck were both fantastic though. I had a great time here! Definitely would recommend. 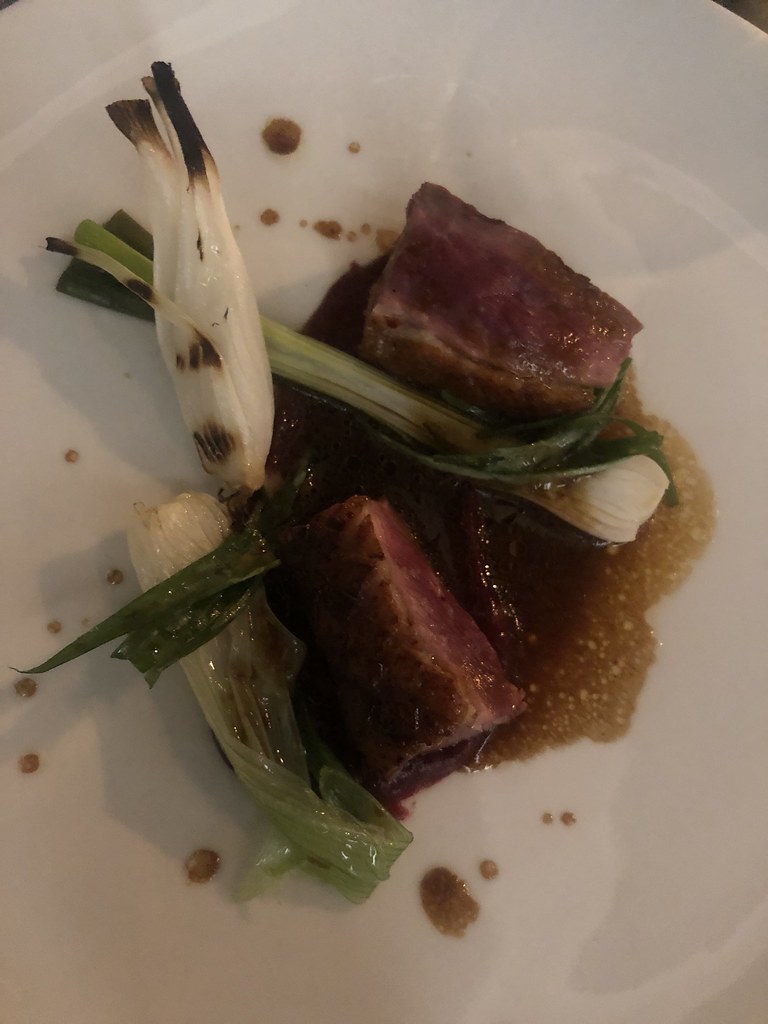 Nightcaps were had at Esplanade 1925, the hotel's cocktail bar. It was fine but unfortunately the bar was crowded with some Americans from Texas talking politics. Loudly and drunkenly. Not my scene.

I had a wonderful breakfast in the hotel's fancy dining room the next morning. The buffet was huge and then you also ordered a dish off the menu. Entirely too much food but I was setting out for a day of hiking so I felt justified!

It was just an overnight but I found Zagreb lovely and I was happy to have visited.

Trip date: May 2019 While Aaron and I were "stuck" in Milna, we did a bit of shopping from the local vendors set up along the ... 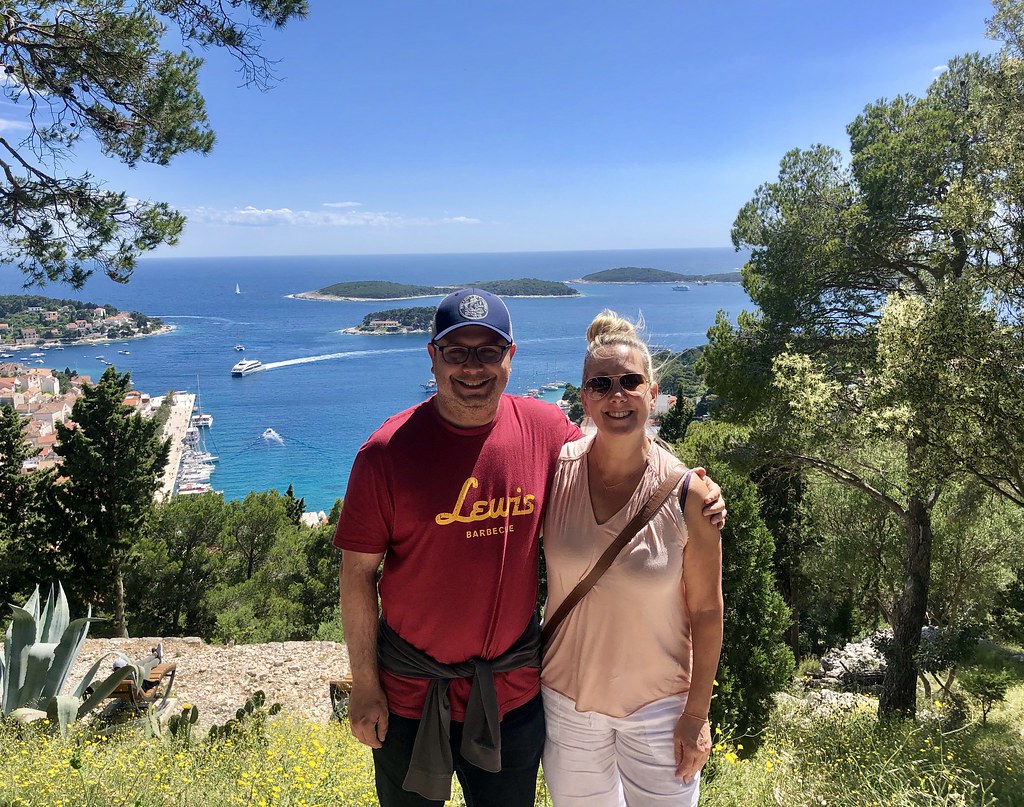