On my second morning in Dingle, I was picked up outside my hotel for a 2 ½ hour archaeology tour with Michael from Sciúird Archaeological Tours. As I was traveling solo, Michael invited me to sit up front which was so great! Best seat in the house for sure, and it was a nice change to be able to look around instead of keeping my eyes on the road! 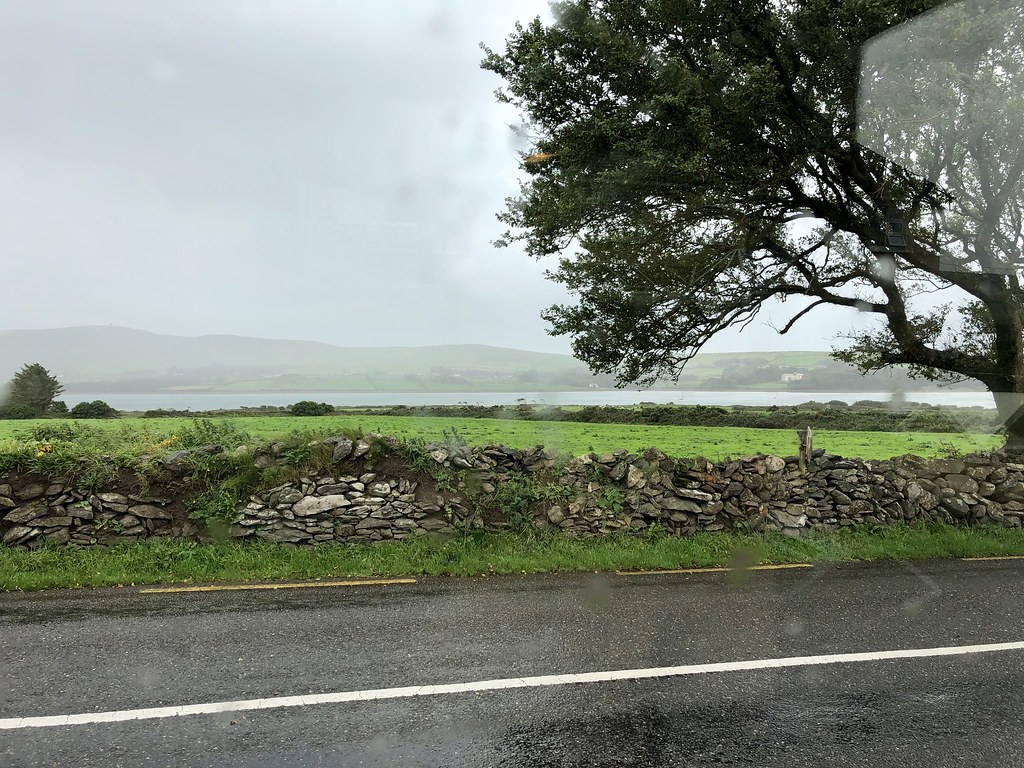 The tour cost €30 and was incredibly informational; Michael and his father, who own the company, are both archeologists and locals.There are so many interesting and mysterious sights in Ireland, 2500 archaeological sites just in the Dingle area alone, it was great having an expert to explain things!
Our first stop was to see and learn about various Ogham stones which had been collected from around the area by Lord Ventry and put on display at his estate. These stones, as I had learned and seen on my own explorations, were early message boards of a sort. 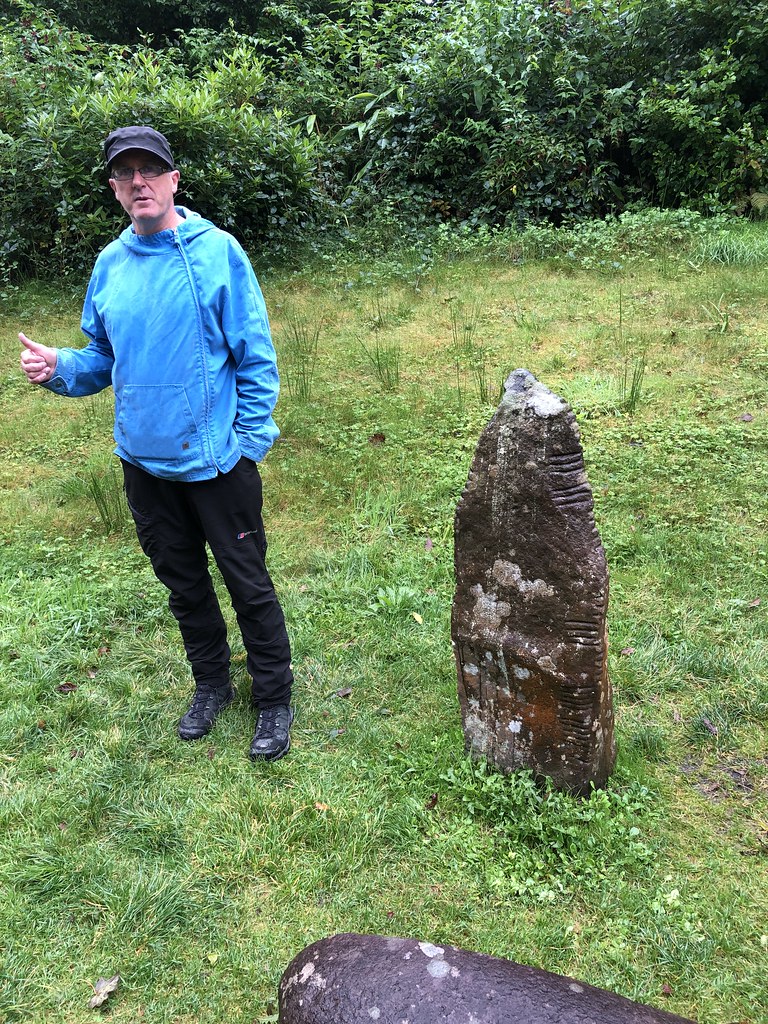 From here we drove along the Slea Head Route, past the town of Dún Chaoin Gaeltacht where Dolores O’Riordan's large mansion stands, to check out the 1000 year old beehive dwelling structures that are on the land of a local goat farm. The structures have been rebuilt making it safe to enter and explore. 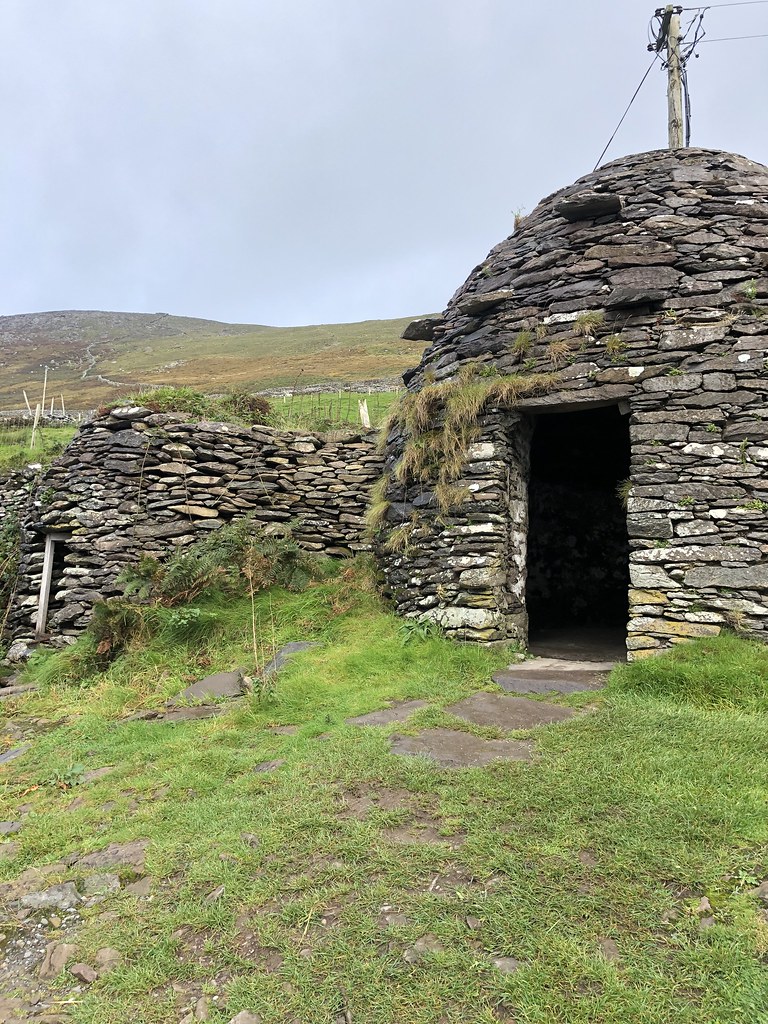 There's no mortar, just intricately stacked stones. One even had a secret underground storage type area. These dwellings are so small, it's hard to image a family living inside them!
The farm also had some adorable baby goats which were just an added bonus! 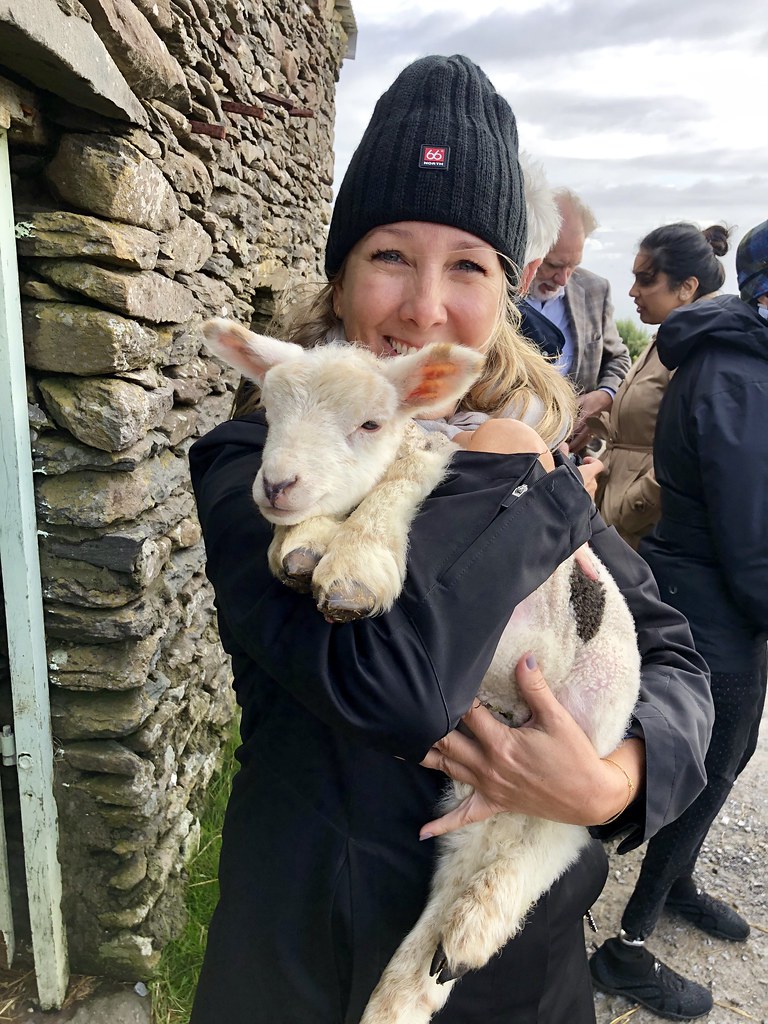 I was so happy not to be driving! There were quite a few big tour buses on the narrow windy road, and after having had a big drive the day before it was super relaxing to just take in the scenery! 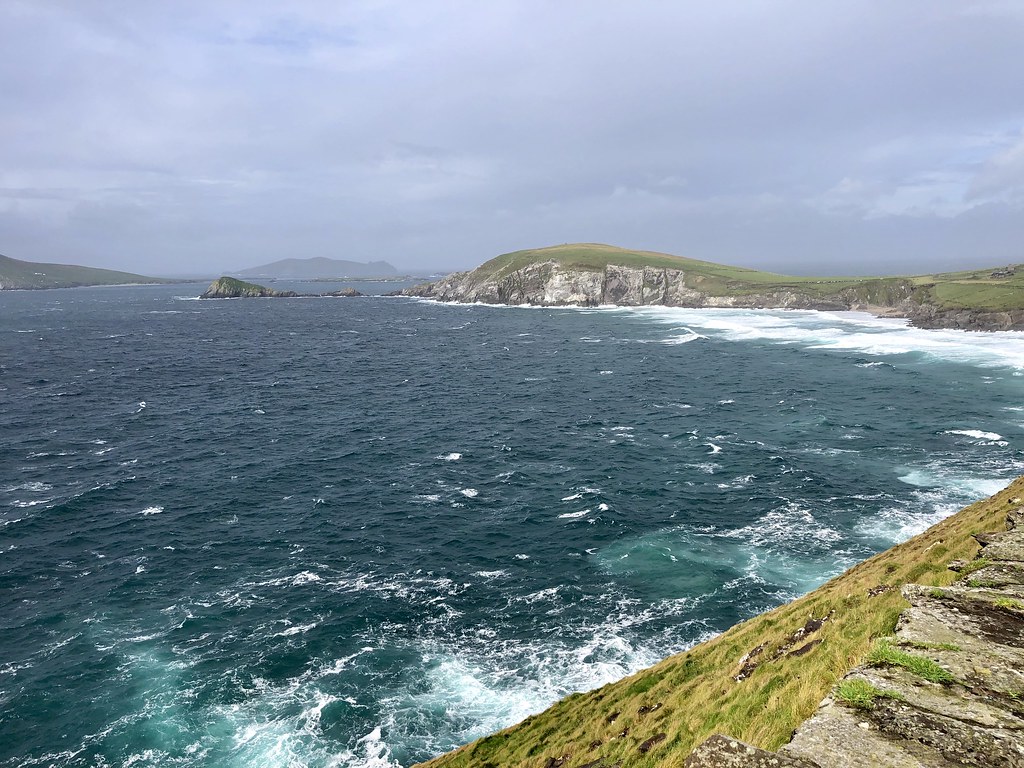 We stopped for views of the Blasket Islands and learned about the 175 people who lived on these now uninhabited rocks. The government evacuated the islanders in 1953 for their own safety as during extreme weather they were completely cut off from the mainland. 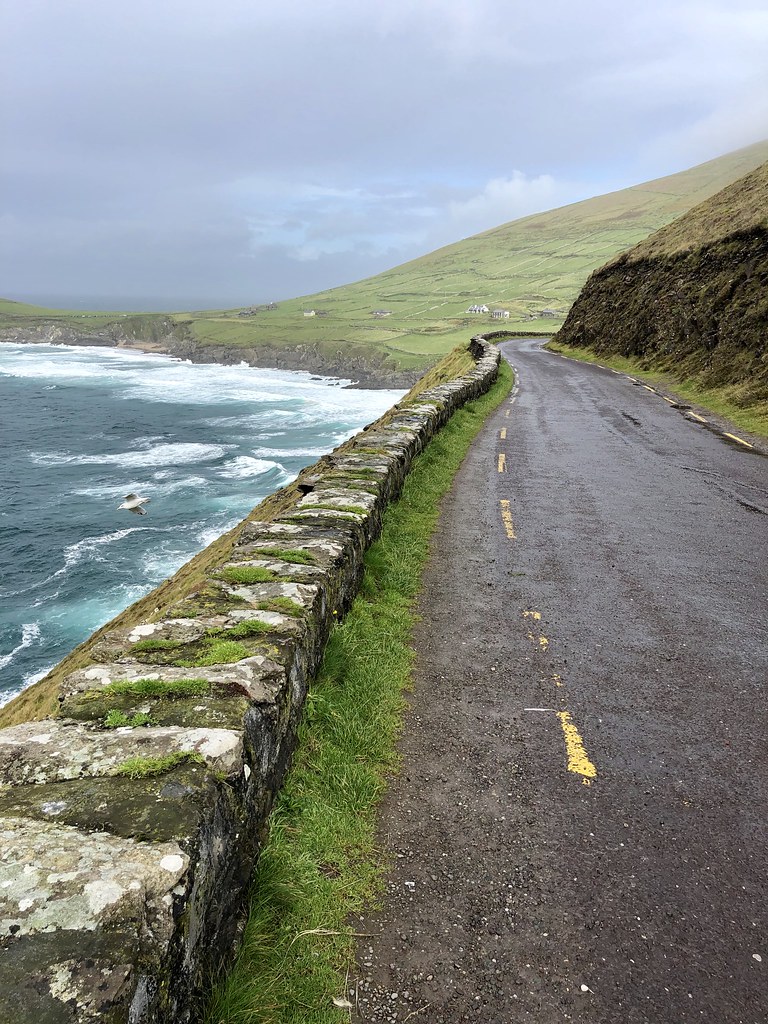 At the Reask Monastic site we learned a bit about the stone slab and the small monastery built there in the 6th century. It was a little funny to also see the grounds care person riding his lawnmower around the medieval site! 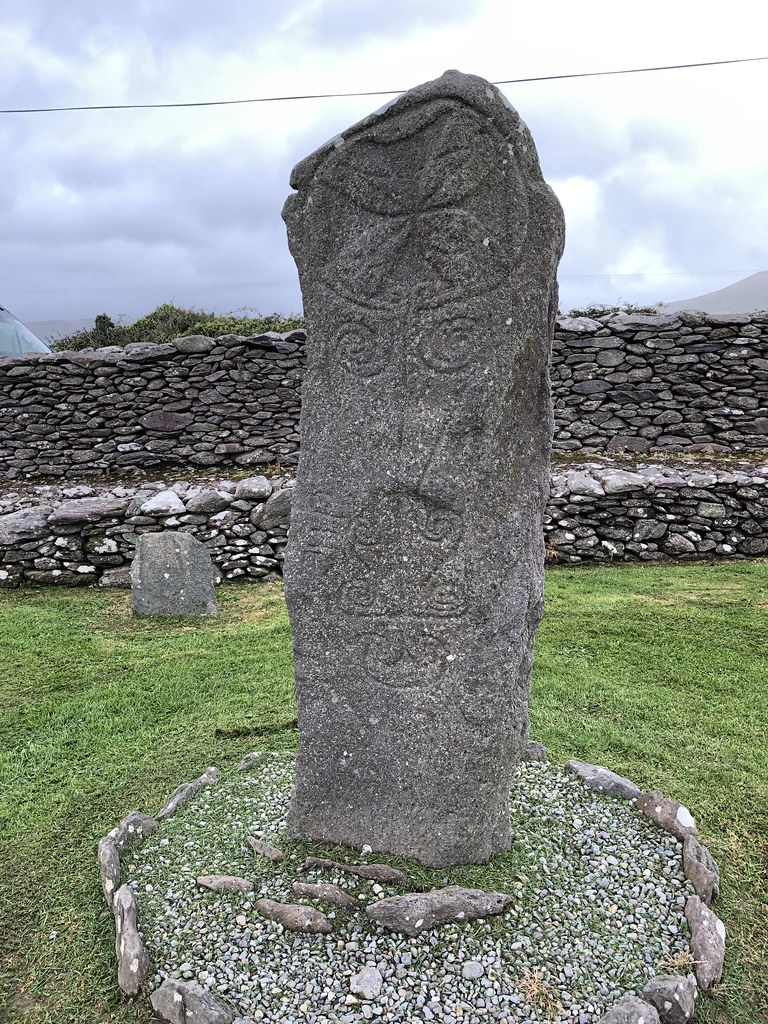 Our last stop of the day was to the Gallarus Oratory, a 9th century chapel seemingly in the middle of nowhere. Again, no mortar, just stacks and stacks of rocks creating the wall and domed roof. 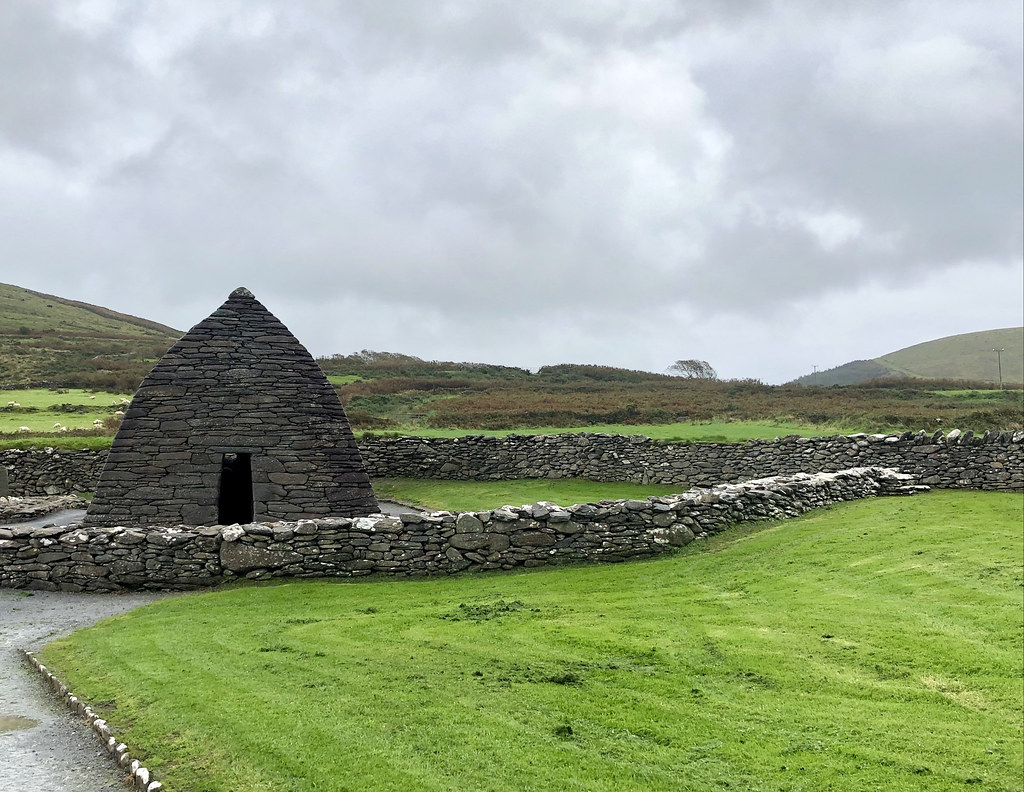 We were back in Dingle right about 2pm, plenty of time for a late lunch and to explore town. 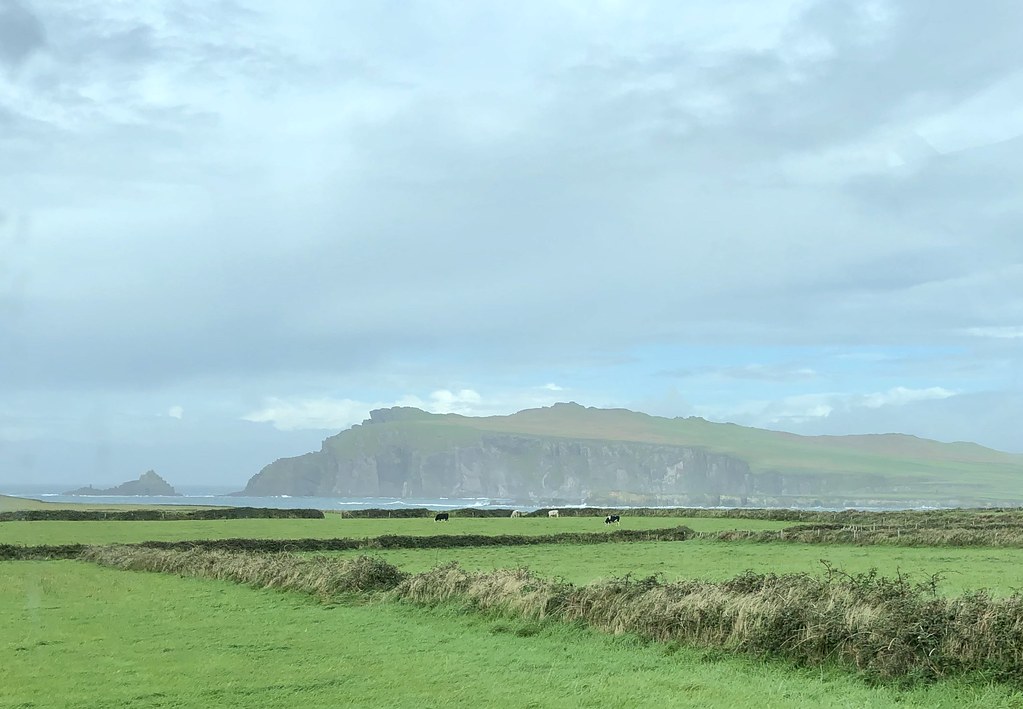 I highly recommend booking with this company as the tour was fantastic! Also I was able to get in because of a last minute cancellation but I would suggest booking a month or so in advance.

All photos from the Dingle Peninsula and County Kerry here.