We based ourselves in Caen in order to explore the very northern shore of Normandy, historically known as the location of the D-Day Landings. On Tuesday 6 June 1944 the Allied invasion of Normandy, during World War II, was the largest seaborne invasion in history. This attack ultimately created a shift in the war against Hitler and led to his defeat. 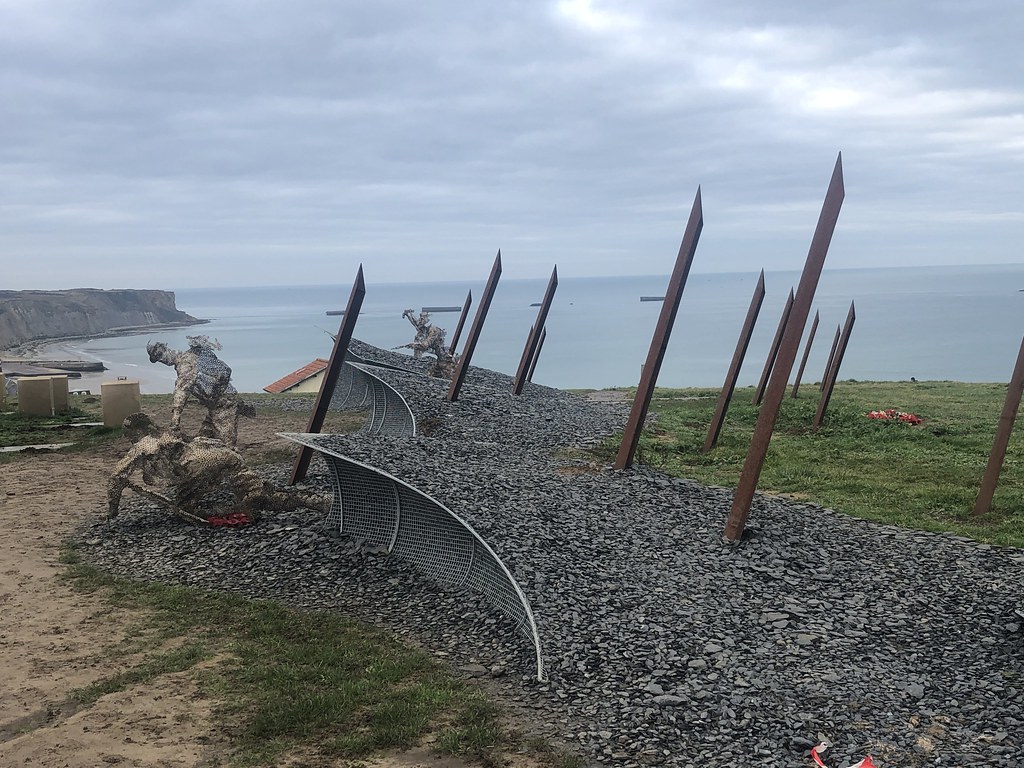 Our day started in Arromanches, commonly known as Gold Beach. It was here that the British towed huge concrete blocks across the English Channel to create Mulberry Harbour. The blocks still remain even though they were only intended to be a temporary way to get materials needed for the invasion. Gold Beach is the middle of the five landing beaches with Juno (Canada) and Sword (British) to the east and Omaha and Utah (both US) to the west.

The town has an incredible 360-degree theater presentation which shows war footage from Canada, US, Great Britain and France. It's a very good overview of the Hundred Days Offensive and was a great way for us to get up to speed with everything that happened here. 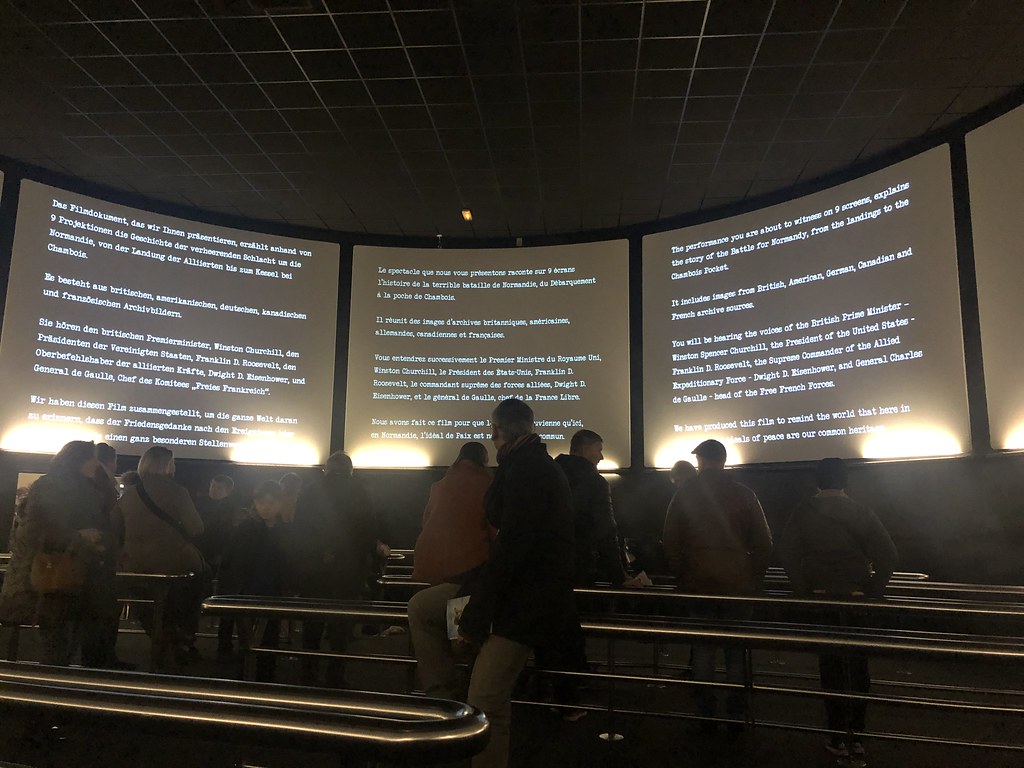 From here we drove to Longues-sur-Mer to check out the German coastal artillery battery. The five massive concrete bunkers were built on a hilltop, each with a German 150mm gun, and pointed right at the English Channel. 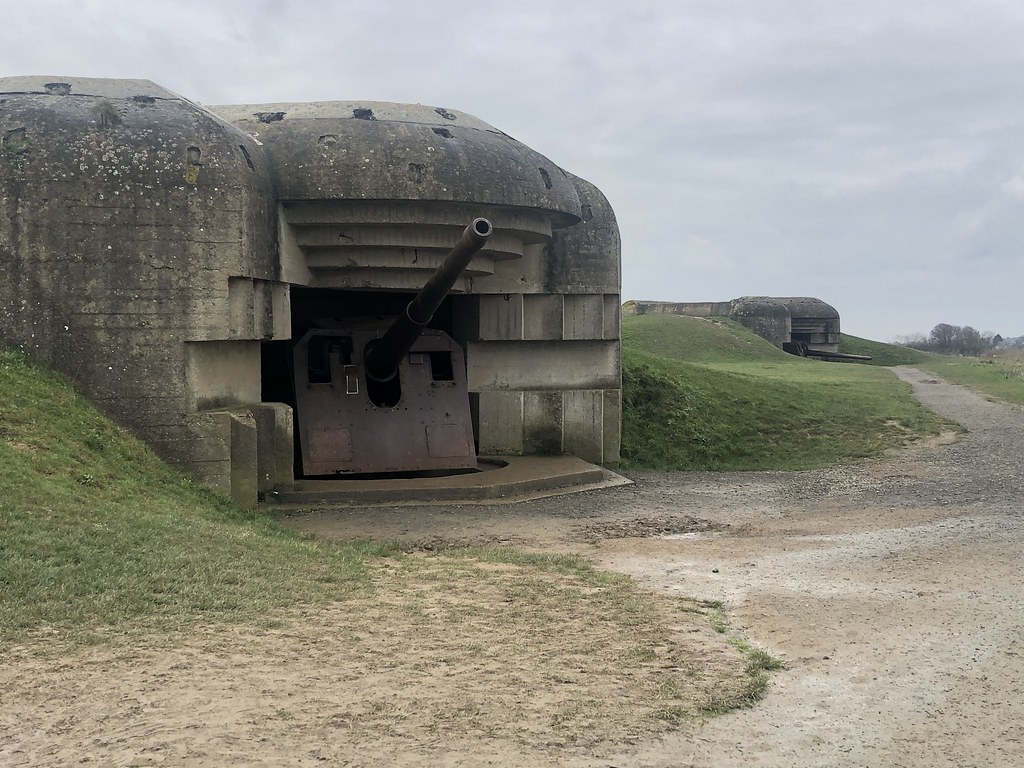 The site is incredibly in great shape and you can walk in and around the bunkers and the original cannons, which are mostly intact. These guns were firing shells weighing almost 100 pounds at a distance of 13 miles. It's all a bit creepy too!

It was about an hour drive from here to Colleville-sur-Mer, better known as Omaha Beach and the site of the Normandy American Cemetery. We started in the museum, going thru the exhibits outlining the offensive, before heading outside to the cemetery which looks out over the beach. 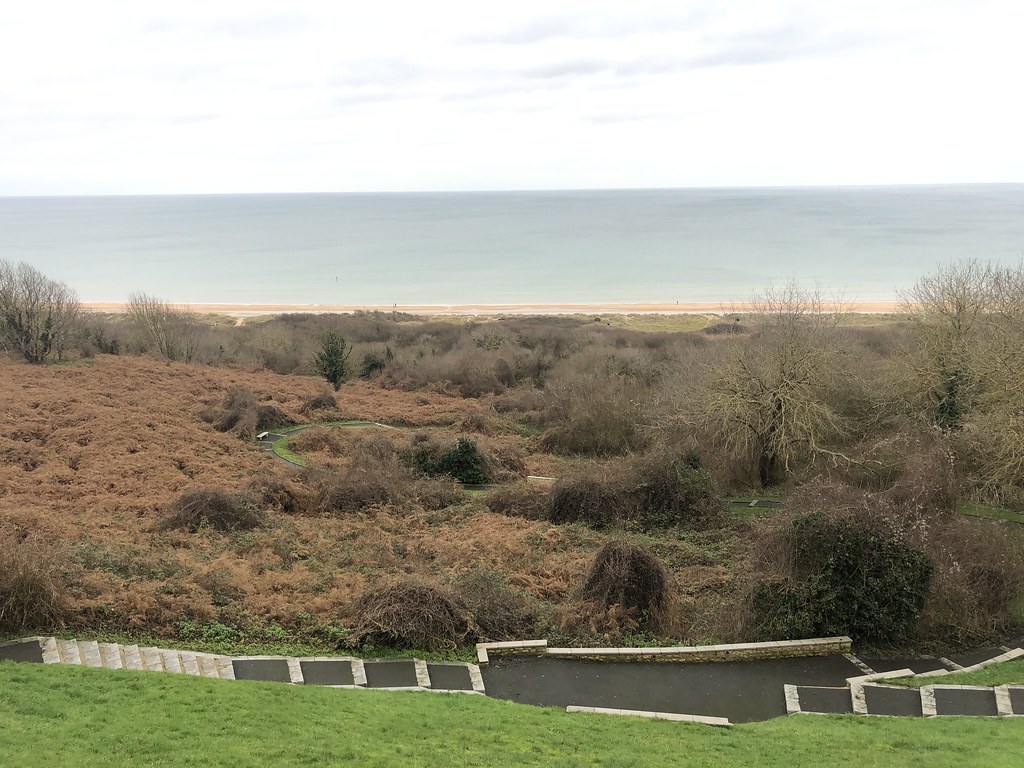 This site where 9,387 US soldiers are buried (2000 who died on Omaha on June 6th) is a lot to take in. Feelings of grief and thanks and patriotism ran high within me. The juxtaposition of this peaceful and beautiful location with the bloody history of the beach below is unsettling. 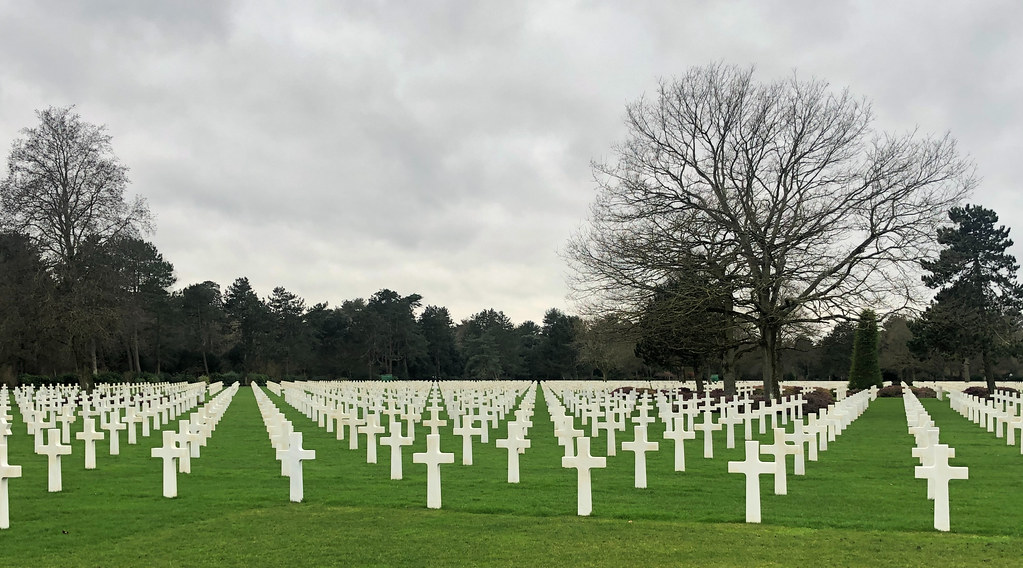 At 4pm the flags were lowered for the day and we were lucky enough to be there for the ceremony.

We stopped on the way out of town at the beach where there are two memorials. The metal sculptures are called Les Braves and consist of 'The Wings of Hope', 'Rise, Freedom! ' and 'The Wings of Fraternity'. The stone memorial has inscriptions on three sides, "1st US infantry Division - No mission too difficult, No sacrifice too great duty first - Forced Omaha Beach at dawn 6JUN", "Erected in memory of those the 116th RCT, 29th Infantry Division Aus Landed here June 6, 1944.”, “The allied forces landing on this shore which they call Omaha Beach Liberate Europe June 6, 1944”. 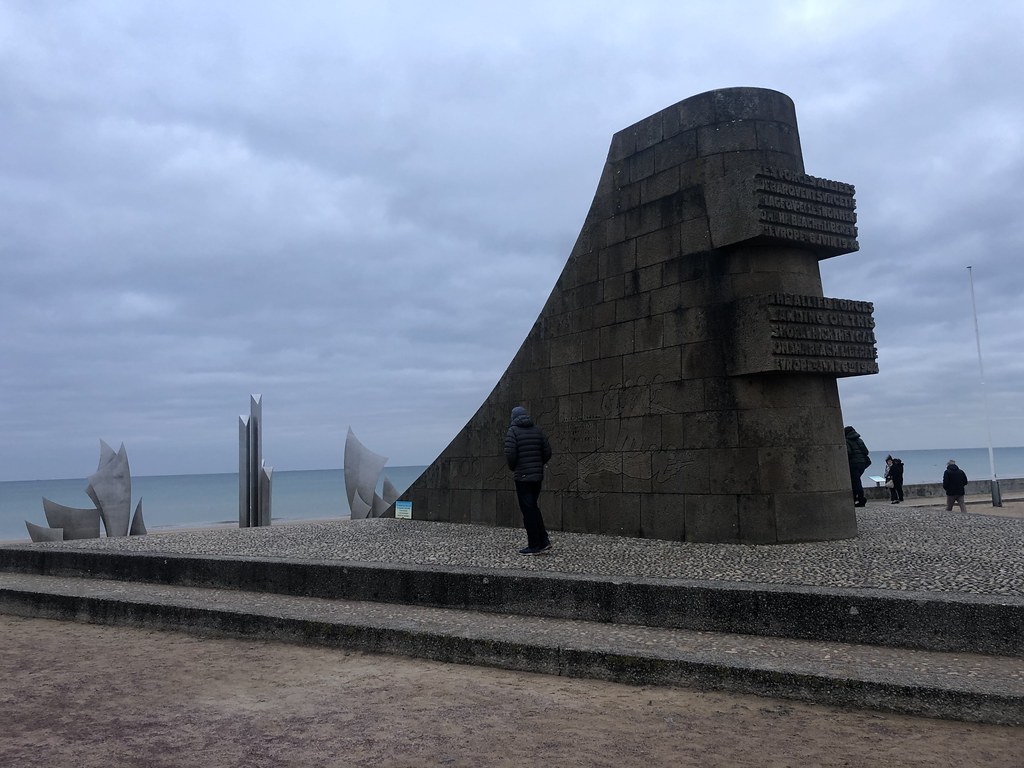 At the very western end of the Omaha sector, at Pointe du Hoc, Hitler had one of his strongest forts in his Atlantic Wall. A series of bunkers and five more of the 155mm guns were set up here. Ranger battalions scaled the 100 foot cliffs in just 22 minutes in order to eliminate this major site of fire power. They were surprised to find that the Germans had moved the guns and had left the area completely destroyed. 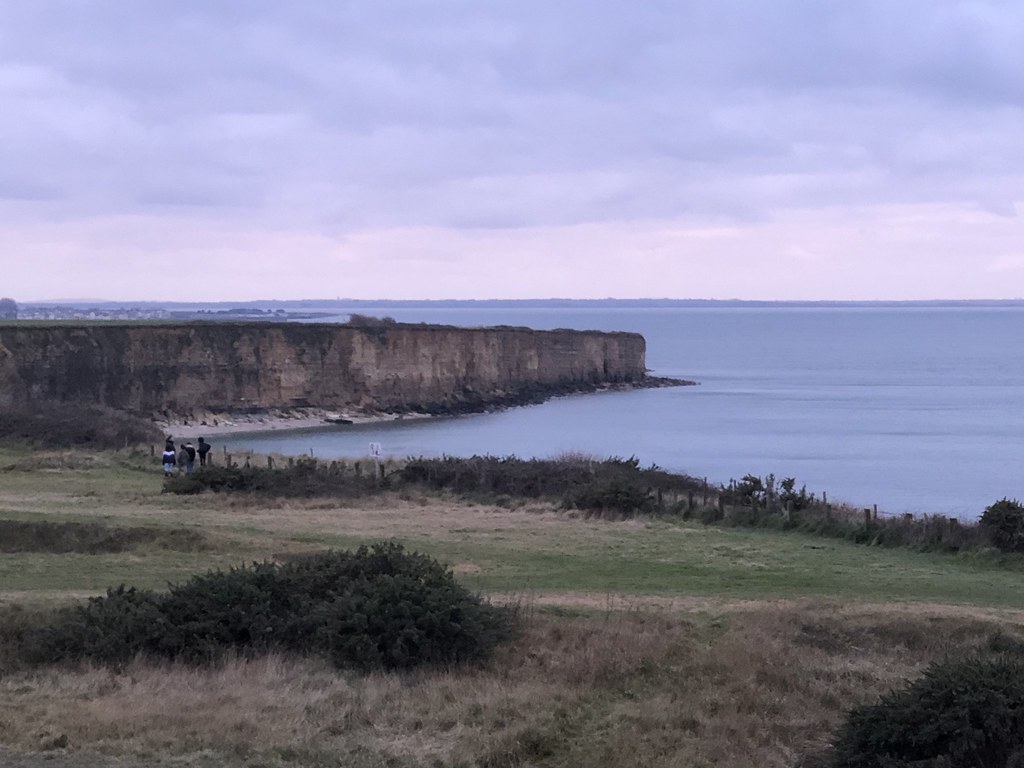 The guns were located not far inland and destroyed, but not before 135 Rangers died on the cliffs. 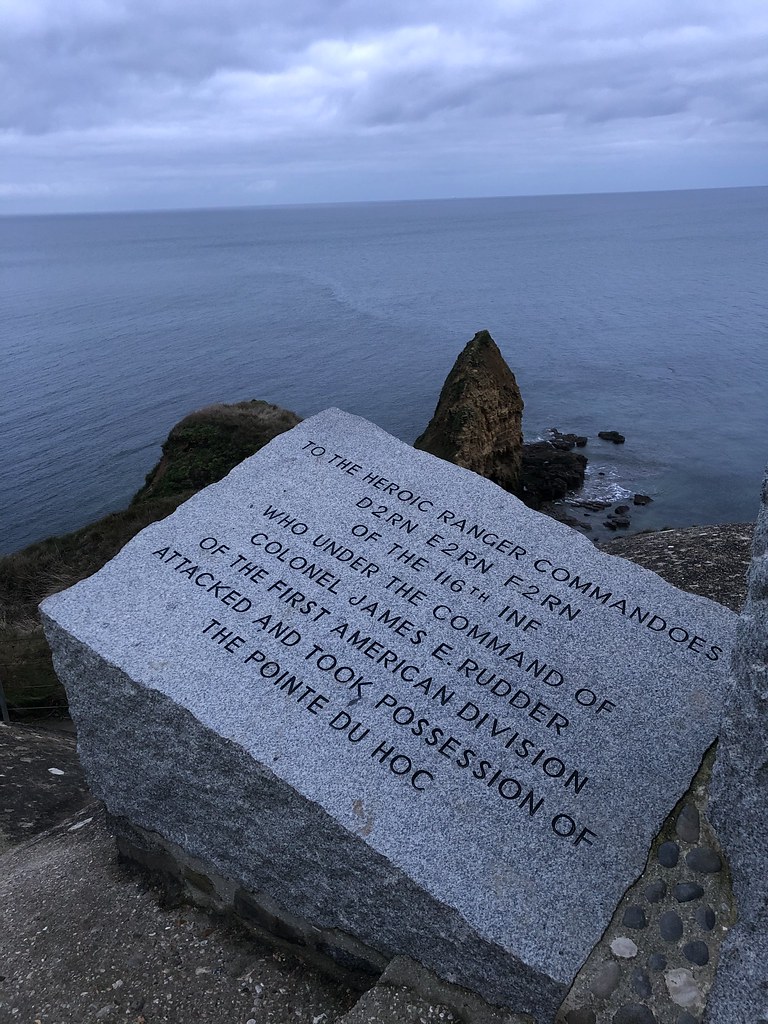 We ran out of daylight so did not make it to Utah Beach, 45 minutes away. It was a full day of history lessons and remembering those American, British, and Canadian servicemen who fought against the tyranny of Hitler. I was so very glad to have had a chance to learn more about D-Day and explore these sites 76 years later.

All photos of the D-Day Beaches here.