All JLo Has in Las Vegas

I wouldn't say any of us are big fans of Jennifer Lopez, but any excuse to head to Las Vegas is a good excuse, so Sandra, Lorraine, and I bought tickets to the All I Have tour and headed to sin city. The last time I went down there for a concert it was to see Prince! 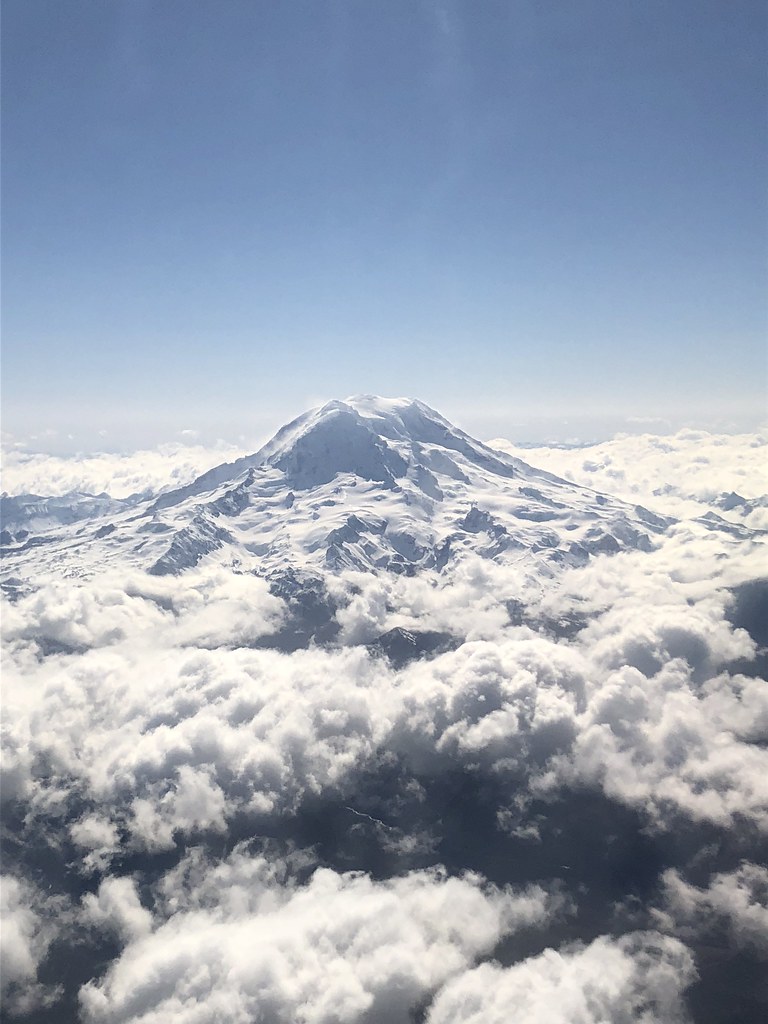 It was also Lorraine's birthday weekend, so we were super happy when we were upgraded on Alaska Air to 1st class! We promptly drank them out of mimosas;  I mean, it wasn't hard as we each ordered 2 rounds and we weren't the only one's on the plane. We were informed that they only had one bottle of champagne on board! WTF? I used the complimentary wifi to send a little tweet and all of a sudden our flight attendant was raiding the coach cart for mini bottles of prosecco and we had refills. Social media FTW.

Lorraine had a crazy good Uber deal so we took it exclusively while in town. It was nice to see that all the casinos have designated areas for ride shares now. Last time there was still a lot of trying to figure out where to get picked up. Once we collected our luggage we got an Uber to town, first stop... lunch! 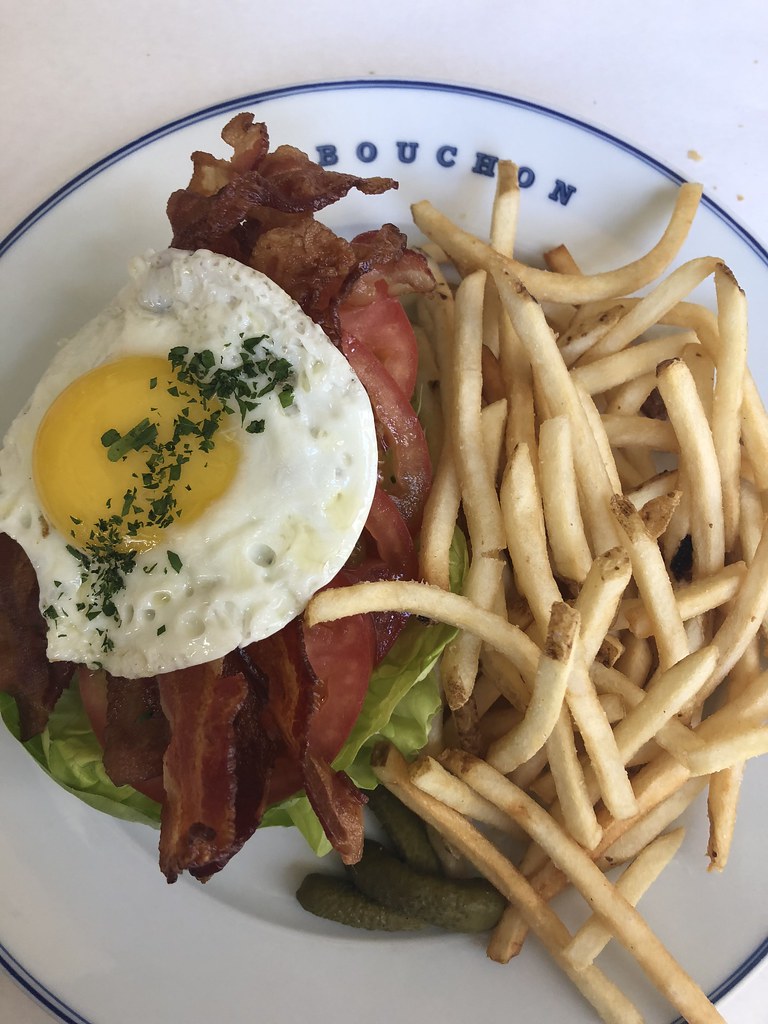 There is no place I enjoy eating at more in Las Vegas than Bouchon. After storing our luggage for us, we were seated right by the open French doors, giving us a great viewpoint of the gorgeous restaurant and the outside veranda. A couple of bottles of Chablis, a tasty tartine, perfect fries, and impeccable service! The best! 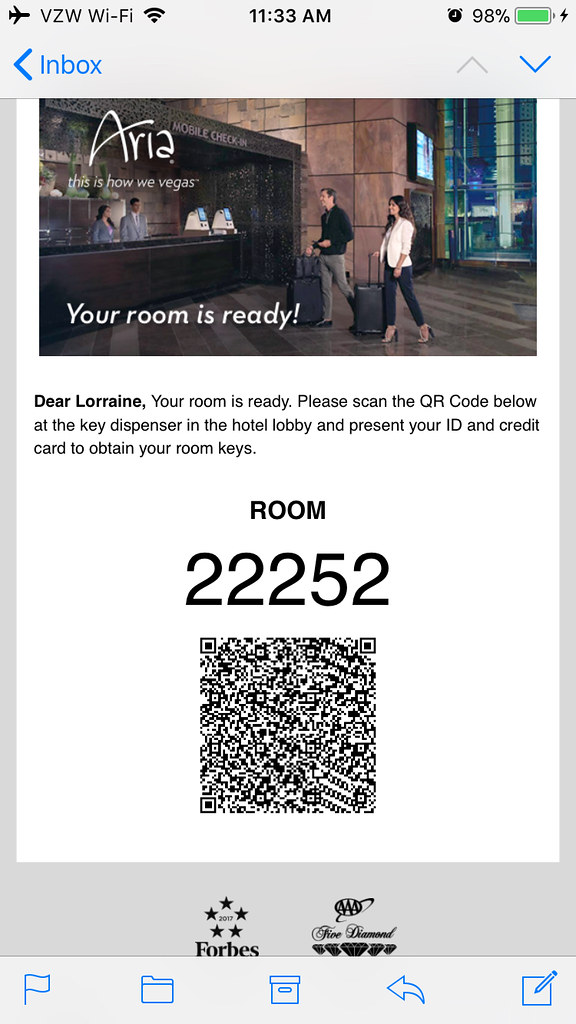 Lorraine got a text that our room was ready and we made our way to the Aria where we'd be staying for the weekend. No need to queue up to check in, we just scanned the code they sent us and retrieved our keys. BRILLIANT! 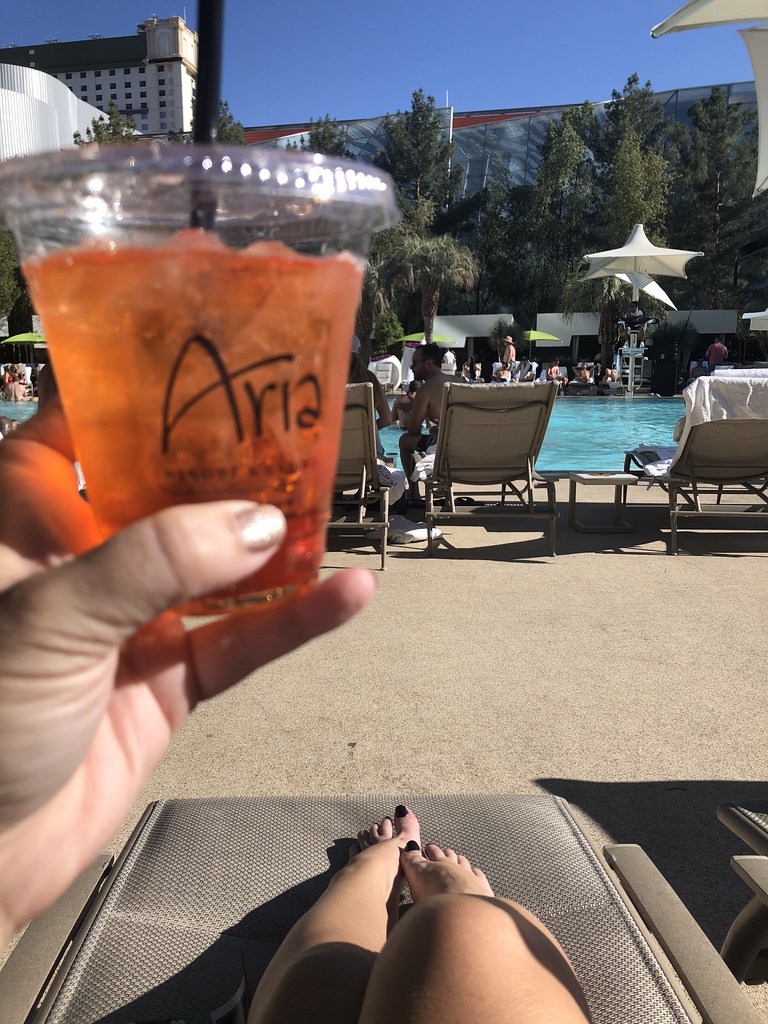 It took us about 15 minutes to drop our bags, change into our suits, and hit the pool. They were even able to make Aperol Spritz!

That evening we went out for a bit of gambling before tucking in to Shake Shack for dinner. God how I love that burger! And then we made our way to the theater inside of Planet Hollywood for JLo! 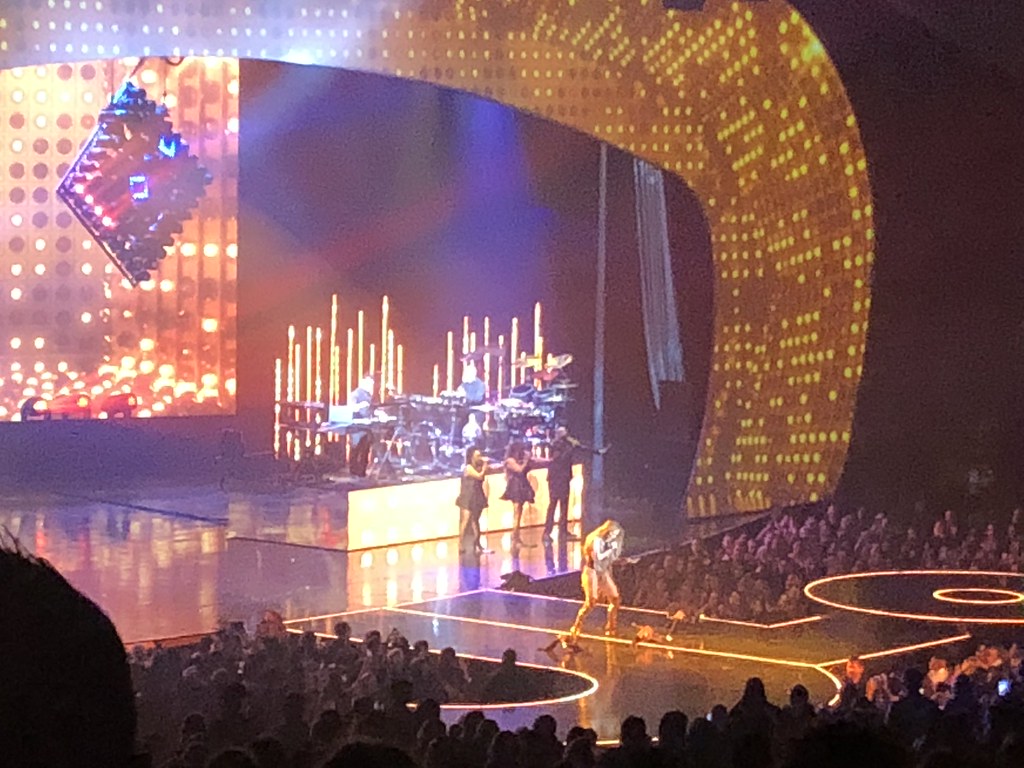 She put on an incredible show! She danced her ass off non stop in the most amazing outfits! There were elements of old Vegas added in on some numbers which made it very cool too. We all had a super fun time and I would absolutely recommend seeing her. All I Have is in residence until Sept 29, 2018 so you still have time to jet on down! 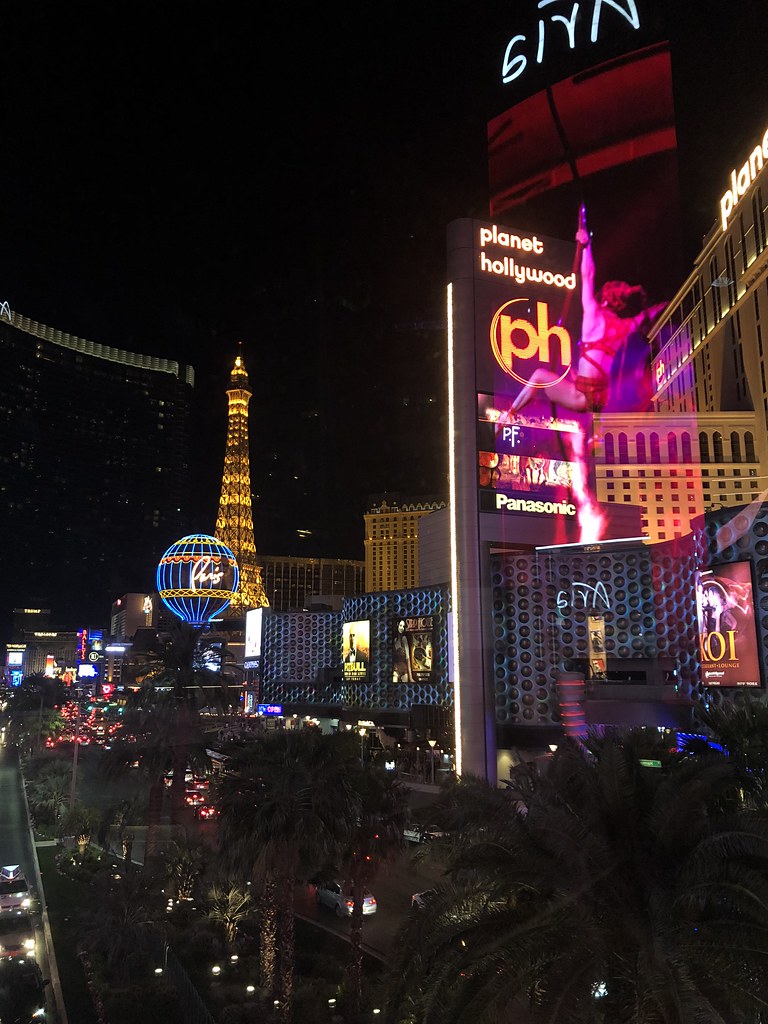 We finished the night gambling back at the Aria. Cuz, Vegas!

At Michael Mina's Bardot Brasserie the pink flows during brunch on Saturday and Sunday; $25 for bottomless rosé (still, sparkling, or back and forth) so obviously that is where we were the next morning. 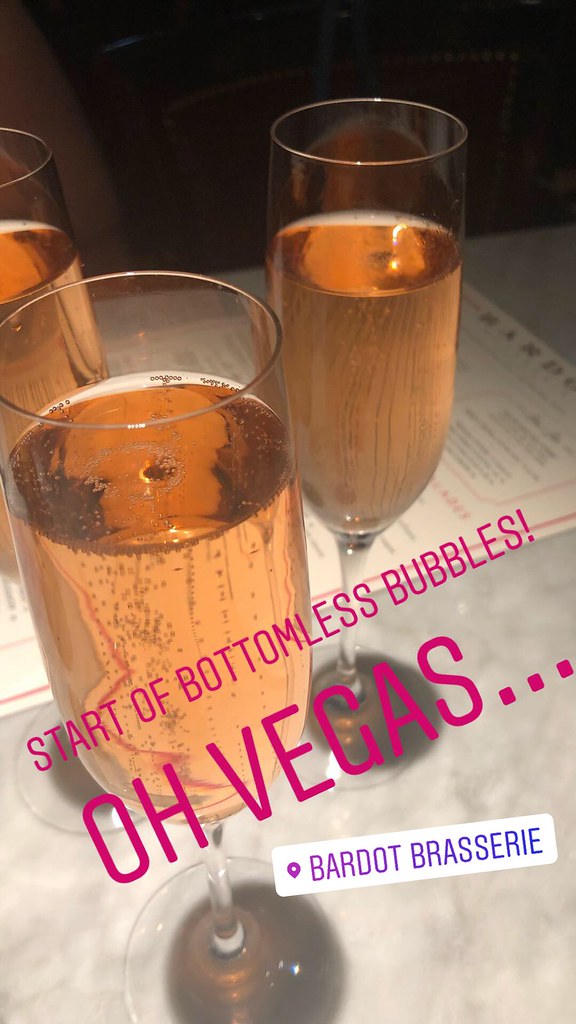 The restaurant is really pretty and the menu read deliciously (escargot in puff pastry, King crab crepe, hash browns with fondue) but honestly we all agreed that the food was fine. However since we took down 4 bottles of rosé we still came out winners!

Then we spent the entire afternoon by and in the pool. That's pretty much my perfect day in Vegas. 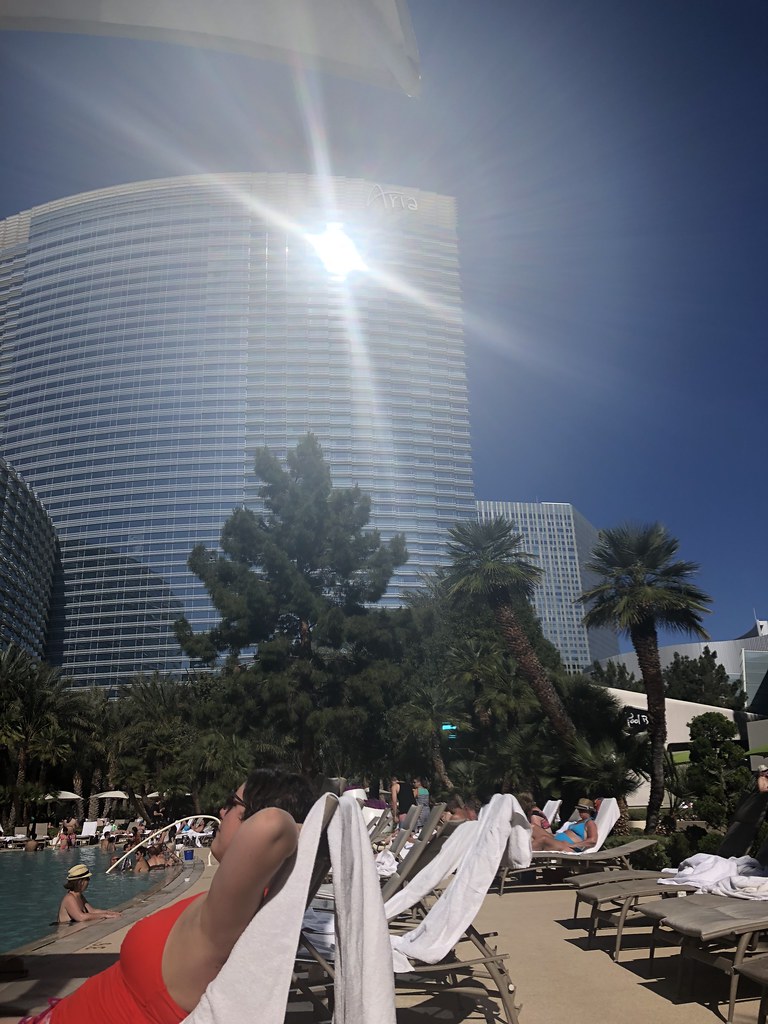 That night we had reservations at the very exclusive é by Jose Andres. Hidden behind the main restaurant at the Cosmopolitan, there are just 9 seats all gathered around a central bar top where all the dishes are prepared in sight. 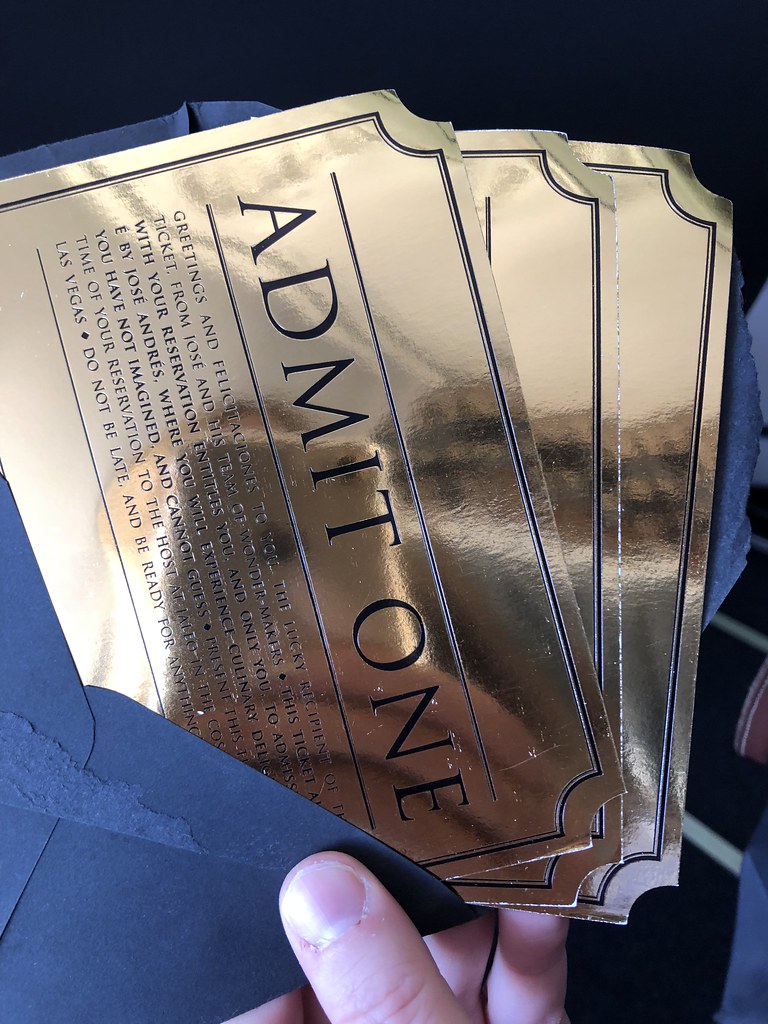 It's not inexpensive; $275 for dinner and $130 more for wine pairings (there are higher priced pairing options for you super fancy folks!), but it was a very good meal and a great time. 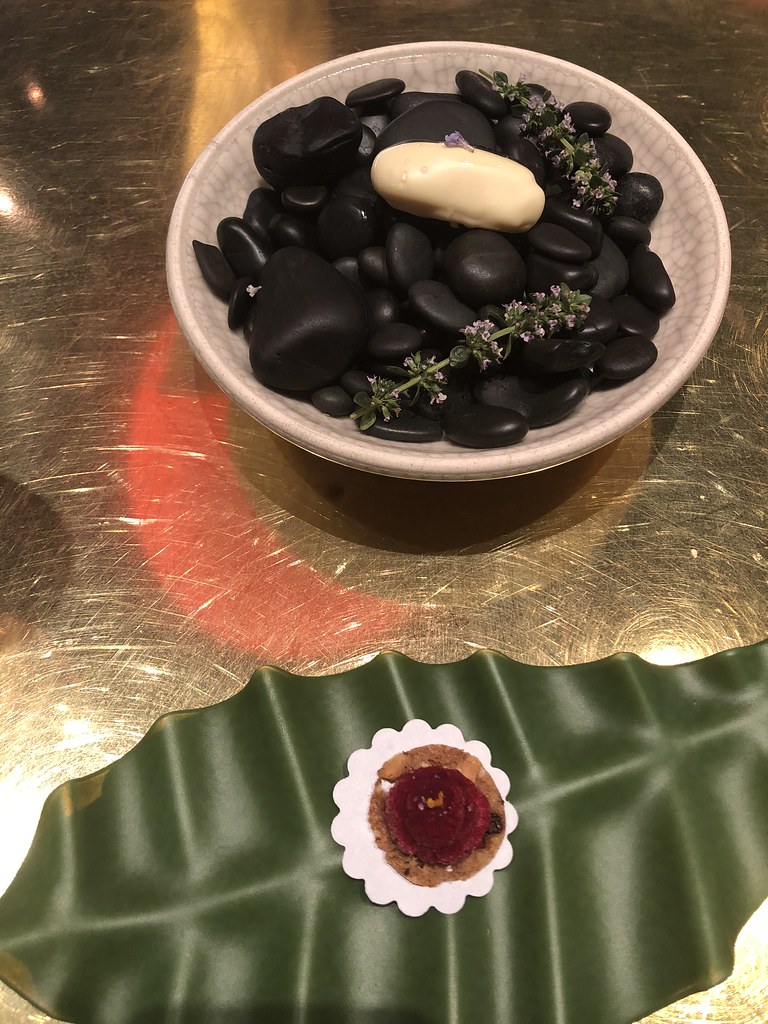 The 20-some dishes are modern with Spanish leanings. The wines were similar. There were a few people having the $250 wine pairings and after I asked the somm about a couple of those pours he discretely poured me more than a few tastes of those as well. That was great for me, but if I was on the other end of the bar and saw that I'd probably be a bit irked. 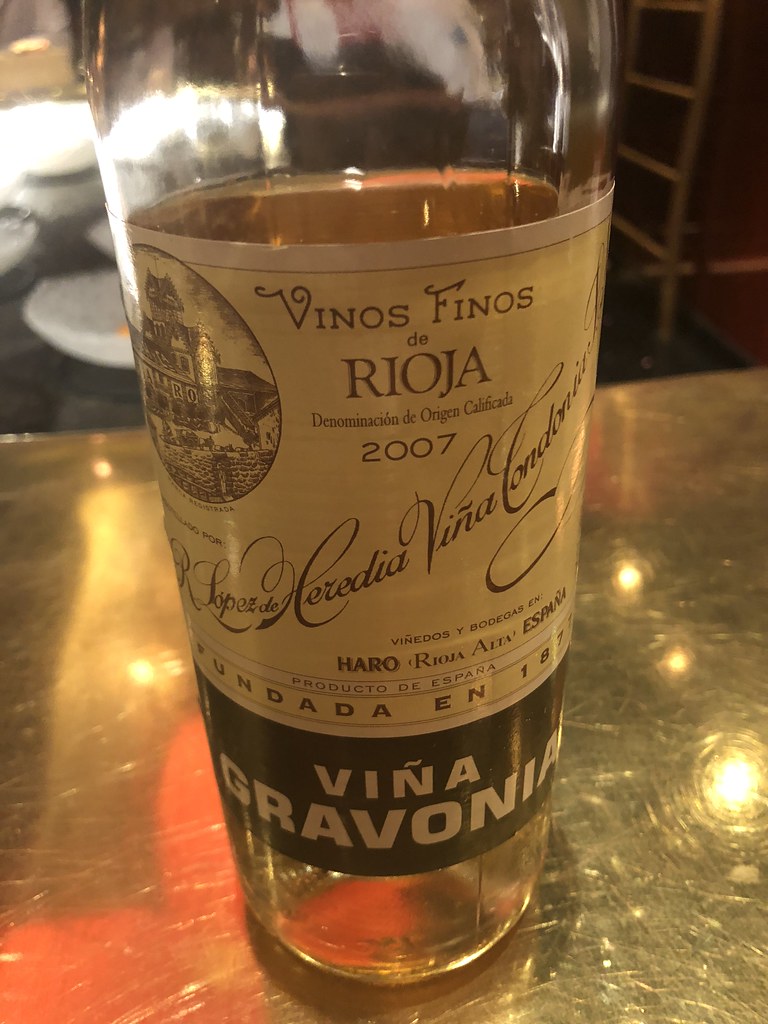 We were completely full and more than a bit tipsy when we finished. The girls went to bed but I stayed up and played blackjack. Cuz, Vegas!

The entire next day was spent at the pool. Lorraine showed up carrying bacon, egg, and cheese brioche sandwiches from Eggslut. Happy birthday to her! 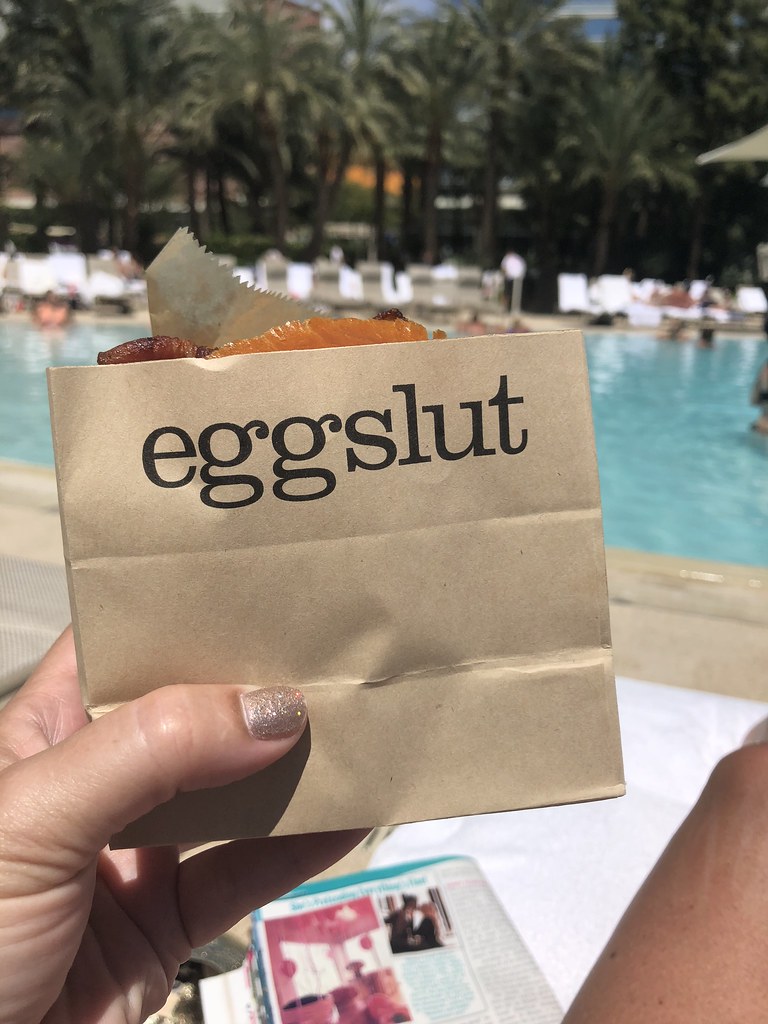 We also had lunch at the Aria pool's restaurant, which was fine. And later I went to the spa and totally blissed out in the sauna and hot tubs before having a fantastically relaxing massage. Cuz, it's so stressful in Vegas after all! 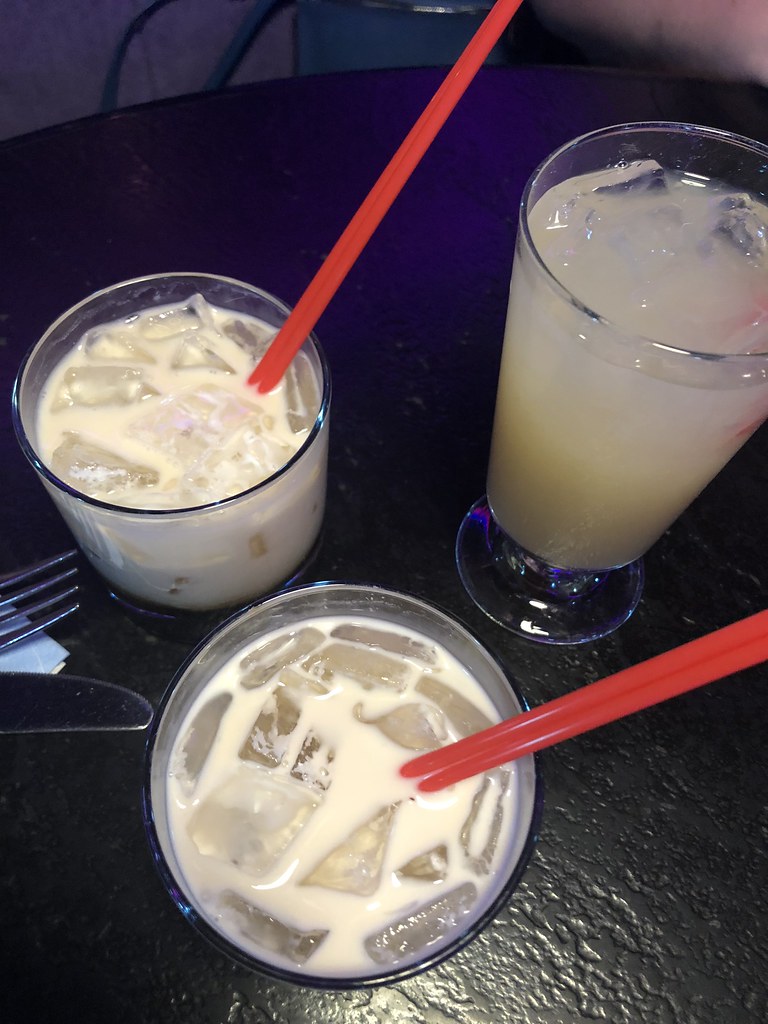 Lorraine's birthday night was a bit low key as we had gone pretty big the previous two. Pre-dinner drinks were had while gambling at the Aria, followed by more drinks and dinner at the old school Peppermill. As their website states, it's "as Vegas as Vegas gets". All that was missing were strippers, and I'm sure I saw one having a drink at the bar! It is a great place for people watching, basking in the glow of tacky neon, drinking White Russians, and eating true Americana fare!

Tiki drinks at Golden Tiki were had for dessert. This off the strip rum den was super fun with awesome Polynesian decor and delicious classic and original tiki drinks! I'd highly recommend a stop here! 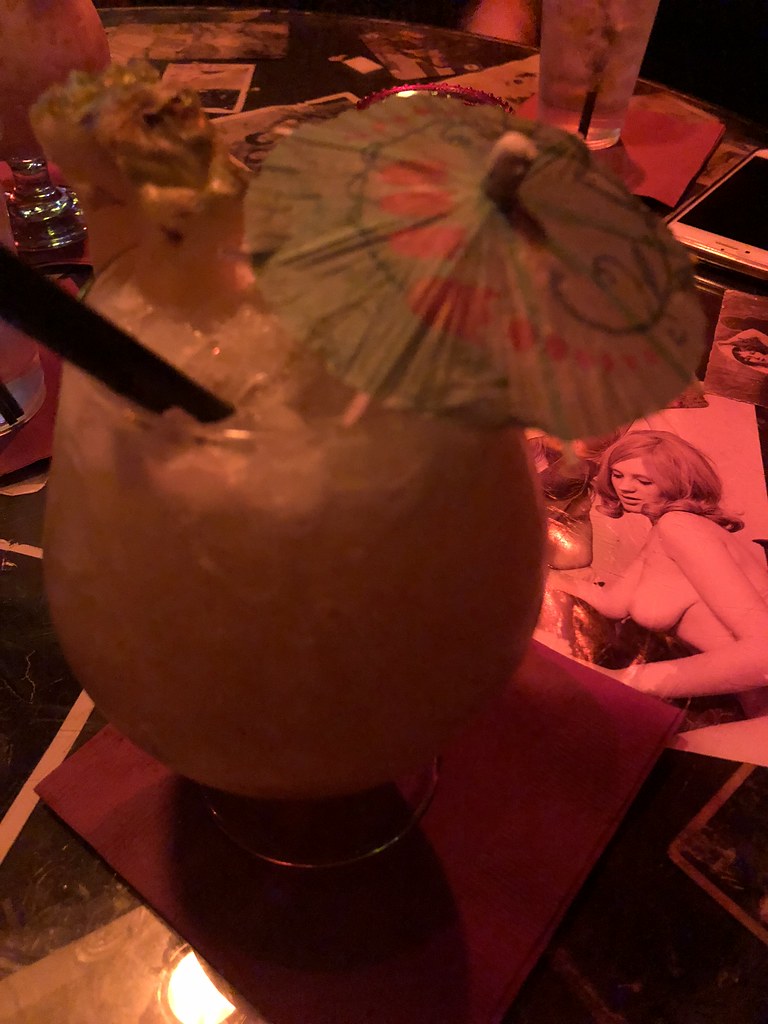 It was time to head back to the strip and we took a little detour through the beautiful botanical gardens in the Bellagio before taking the monorail to the Aria.

There wasn't enough time for the pool before we headed to the airport the next day, so we did a bit more gambling and then had a pretty good lunch at Julian Serrano Tapas at the Aria. I liked our room at this hotel and I thought the location was really good. I think the service of the housekeeping staff could have been much better though. 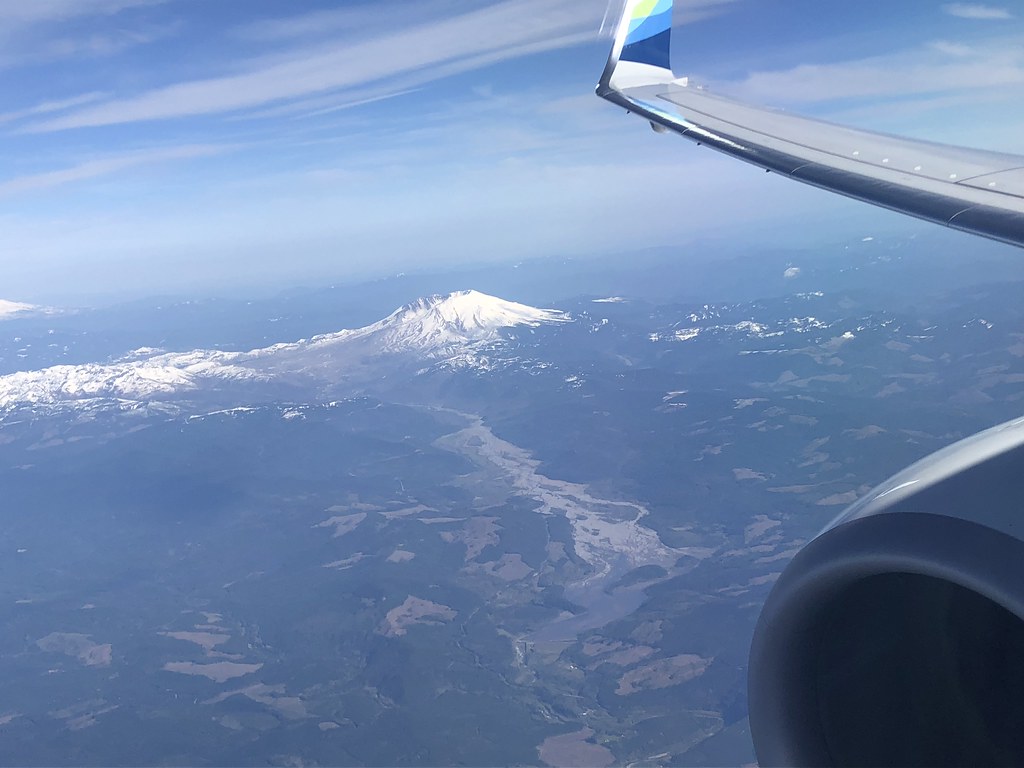