Mostly when I hear something about "The 45th" these days I get anxious, thinking it's about the current US President. Luckily my own personal 45th is all about Scotland, the 45th country I have traveled to! Not bad considering I didn't get off North America until I turned 30!

Forest and I had big plans for our last full day in Edinburgh. We started inside the gorgeous St. Giles' Cathedral, it had been closed for the evening when we went by the day before. There's a very opulent chapel called the Thistle Chapel that is dedicated to the 16 Knights and Ladies of the Order of the Thistle, Scotlands Order of Chivalry. 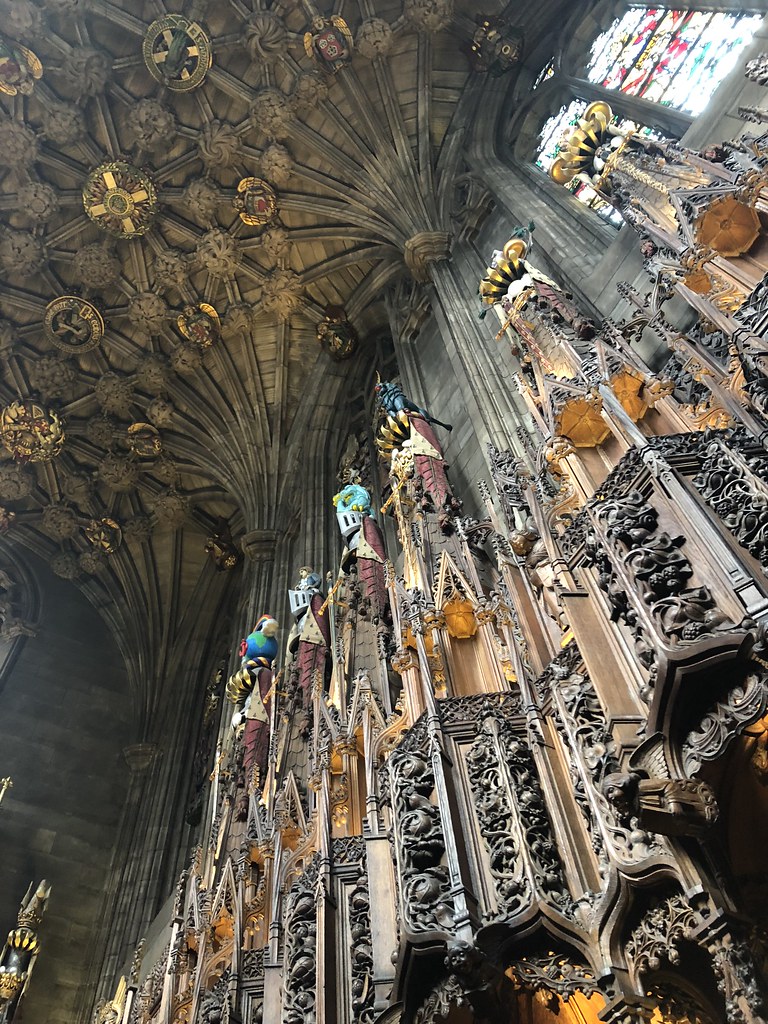 From here we walked over to the National Museum of Scotland where we were taking a free 1-hour "Scottish Hits" tour. The museum is absolutely massive so I was really happy to have a guide. It not only houses the history of Scotland but there are tons of rooms of science, technology, world culture, world history, design, etc. It's a bit overwhelming! 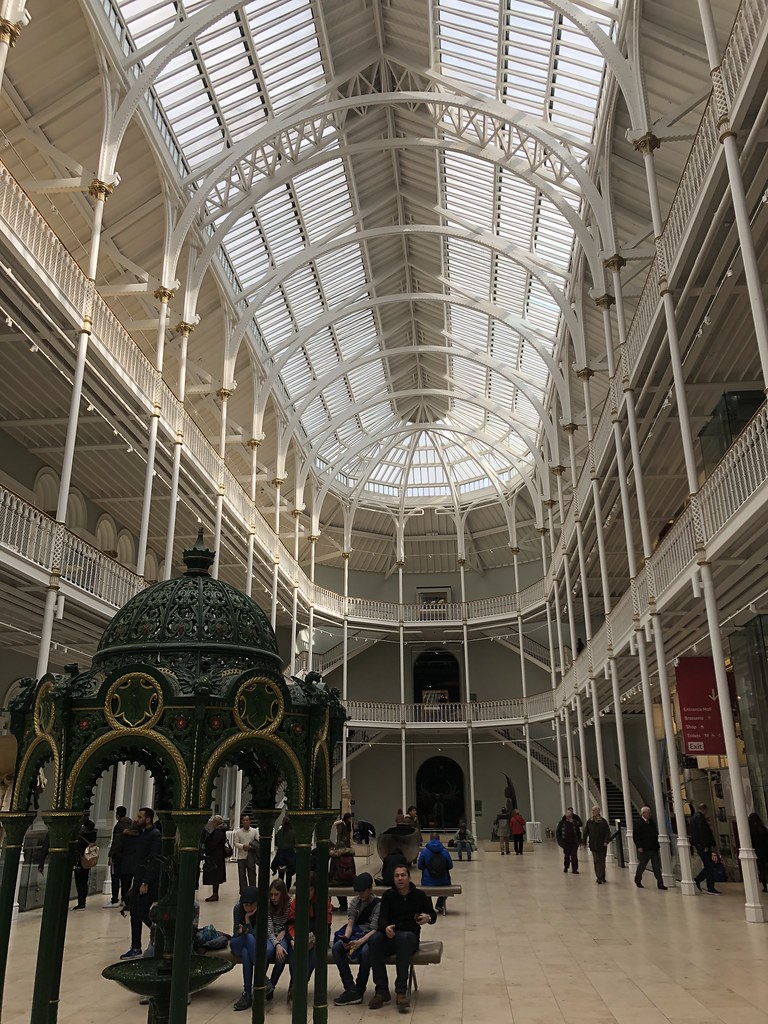 Each tour guide gets to choose what they want to show you, and I think we were very lucky in that our guide had an interest in oddities, death, and history. So over the hour he told us some great stories, showed us some very odd things, and taught us a bit more about the history of Scotland. 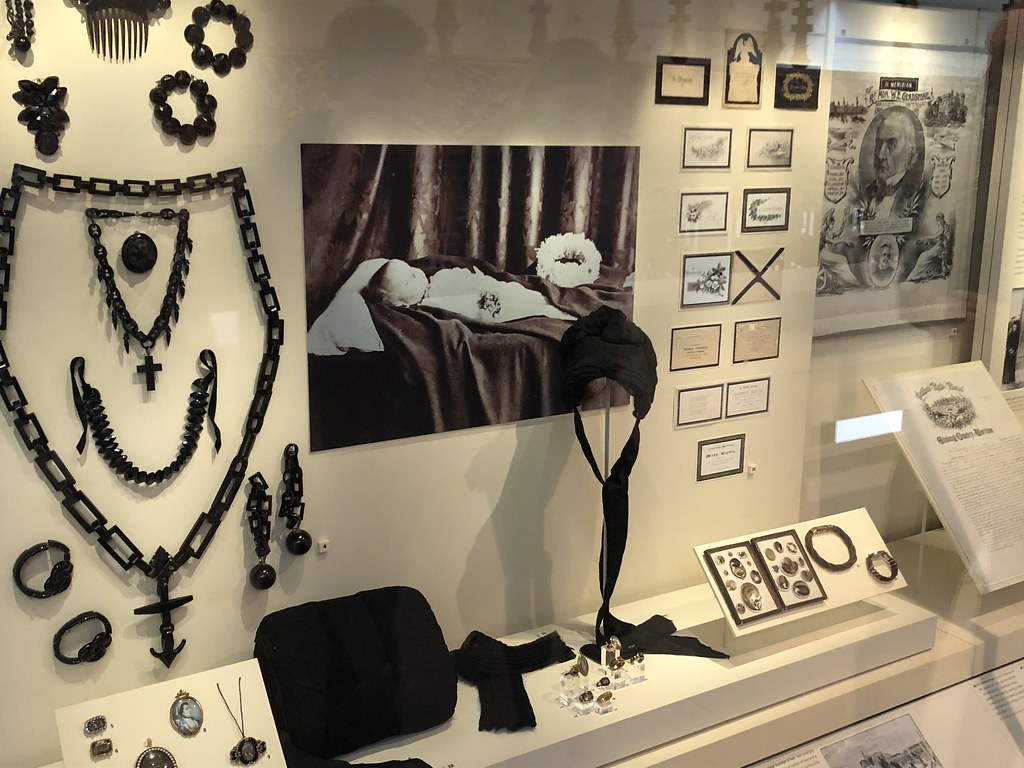 As there were only 4 of us on the tour we were able to get around quickly and we saw quite a bit. I'd absolutely recommend one of these tours, you are able to wander around for the rest of the day in the museum if you like afterwards.

We had lunch reservations at Dishoom and were starving so after peeking around a bit more we walked to the New Town area. Edinburgh is really gorgeous to stroll around. The brick buildings, monuments, and parks are so pretty! 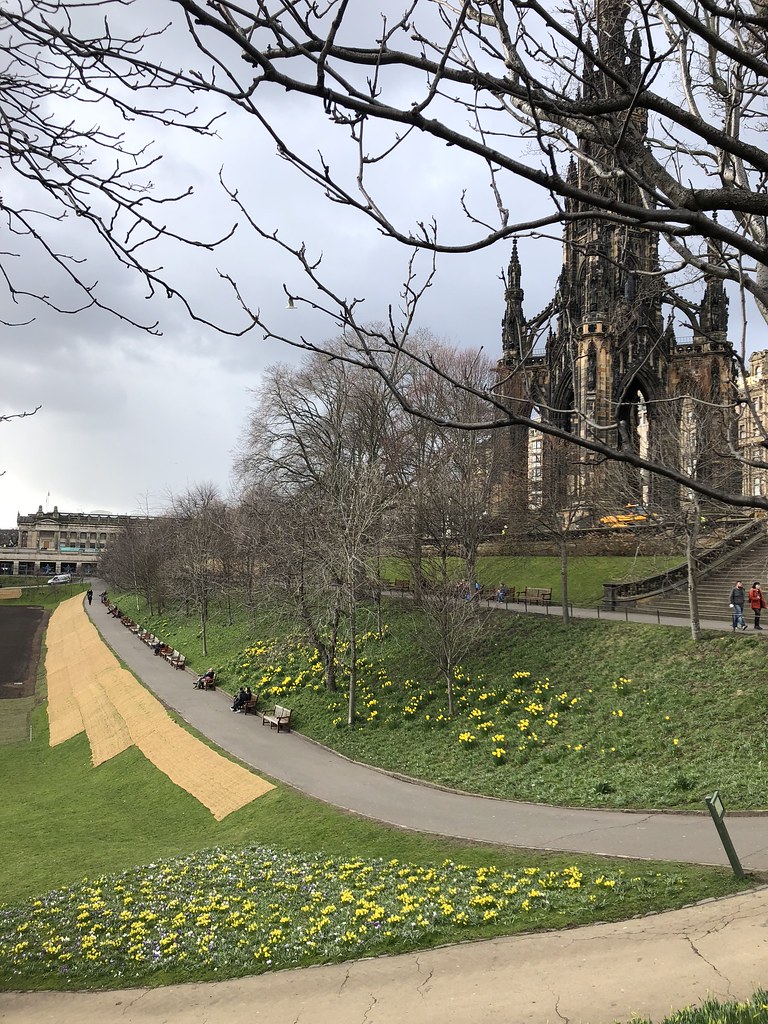 I'd eaten at Dishoom in London years ago and was excited to check out this location. We were not disappointed! We had the chicken biryani (which I could not stop eating!), the house special Sali Boti, and paneer tikka. 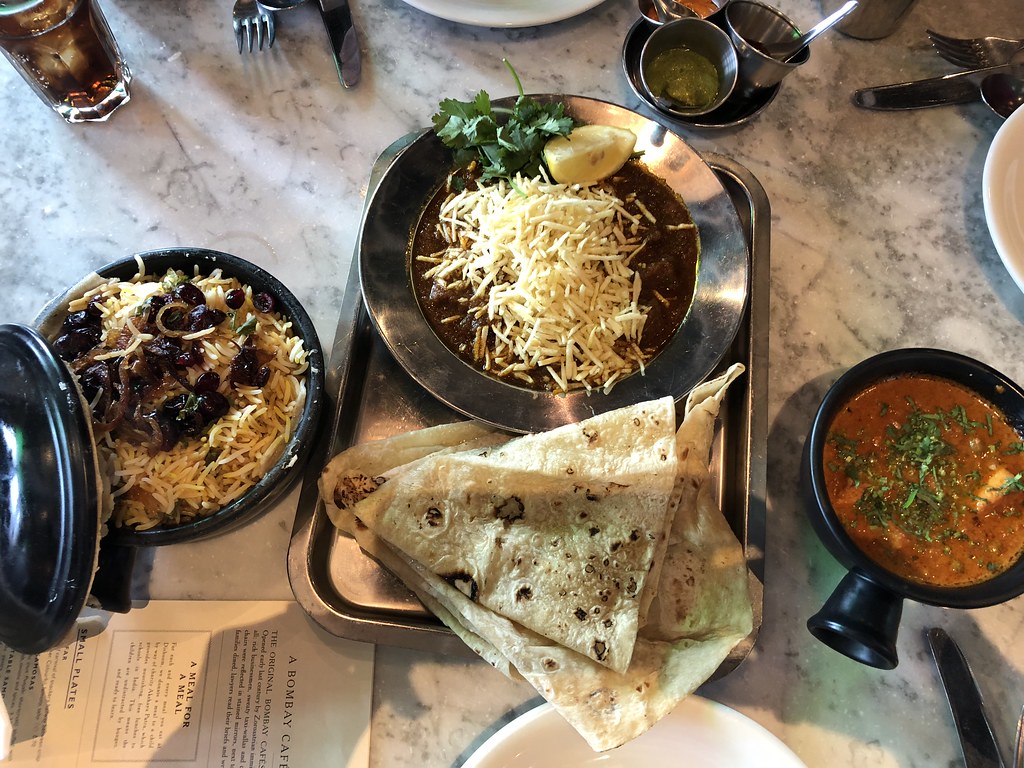 Dishoom serves breakfast too which I would love to try one day!

After such a filling lunch Forest and I were ready for our late afternoon/early evening entertainment... a bar crawl in the New Town neighborhood. We had our own list ready to tackle but as we were walking down the very pretty George Street we came across The Printing Press bar. 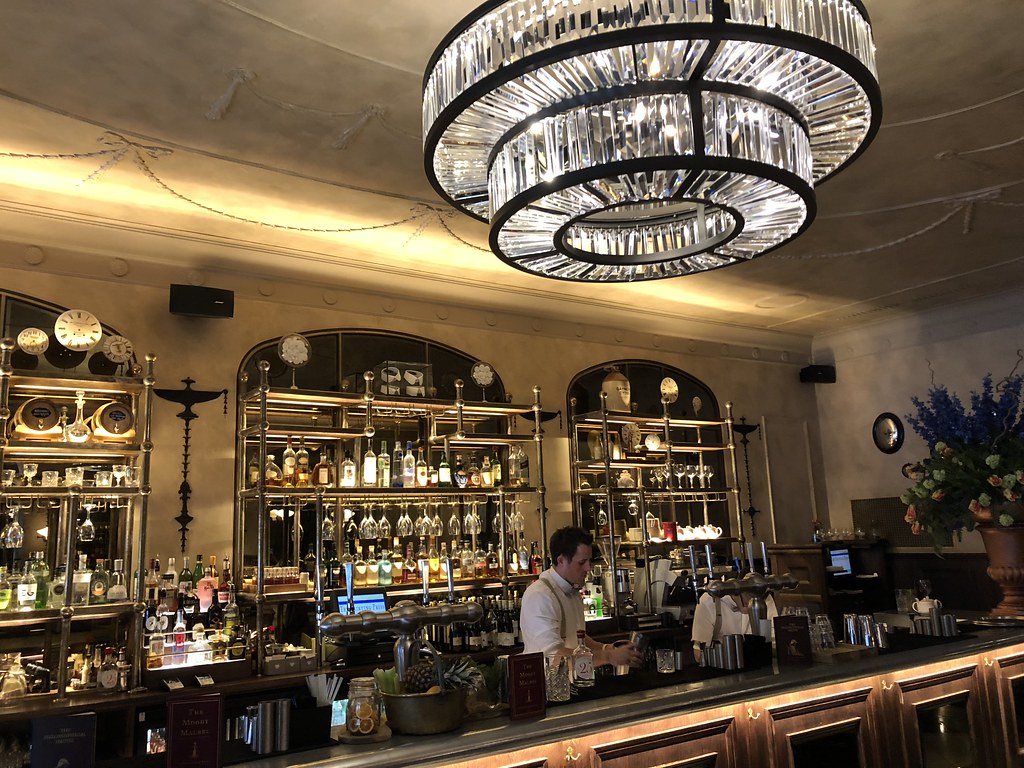 They were advertising drinks made with their own Principal No. 25 Gin, and as I was on a quest to drink as many Scottish gins as possible we gave it a go. The bar also looked lovely! But the drinks were basic at best.

Next up was Bramble which took us a bit to find! The subterranean bar is quite well-known but is only marked by a small brass plaque that isn't really noticeable from the sidewalk. 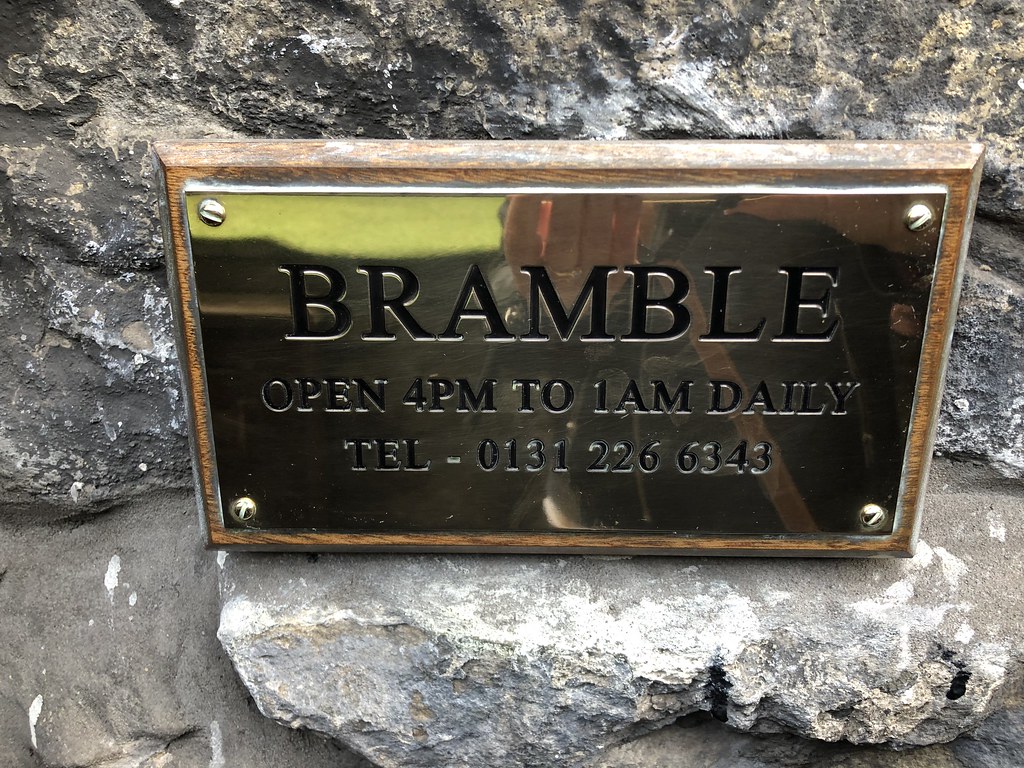 As their name suggests, the bar is known for their Bramble cocktail. In fact I think I saw a Bramble on every bar menu in Edinburgh, but the drink was first created in London so not sure of the back story on that. I however opted for a martini using Electric Spirit Co gin. Bramble looks a little divey but has an upscale-ish menu, so if you like that vibe, this is the spot for you.

Everyone has The Bon Vivant on their cocktail drinking list so we stopped there next. But the crowd seemed to be all tourists and when we looked at the menu it was uninteresting (to us) and heavy on vodka. So we passed and went to check out the new-sh Lucky Liquor Co. 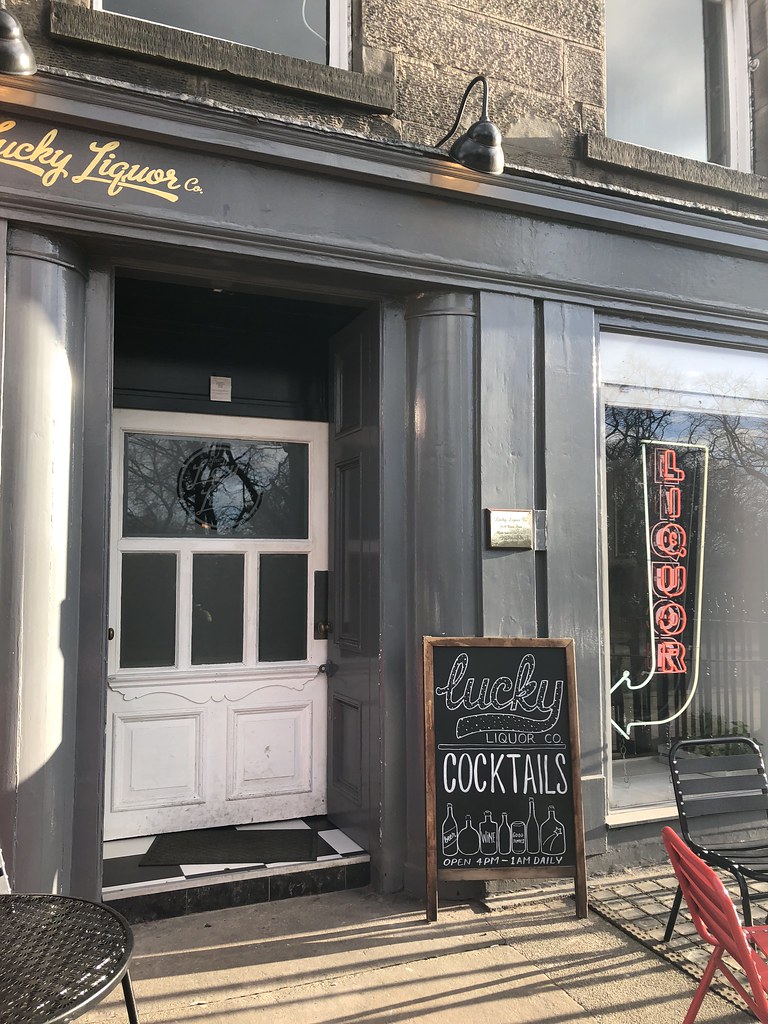 They've got a fun concept where they pick 13 bottles, create 13 drinks, and run the menu for 13 weeks. They also sell some bottled cocktails retail. It's a really fun and friendly spot (and owned by the same folks as Bramble). It's also super unique. I'd recommend stopping in here for sure! 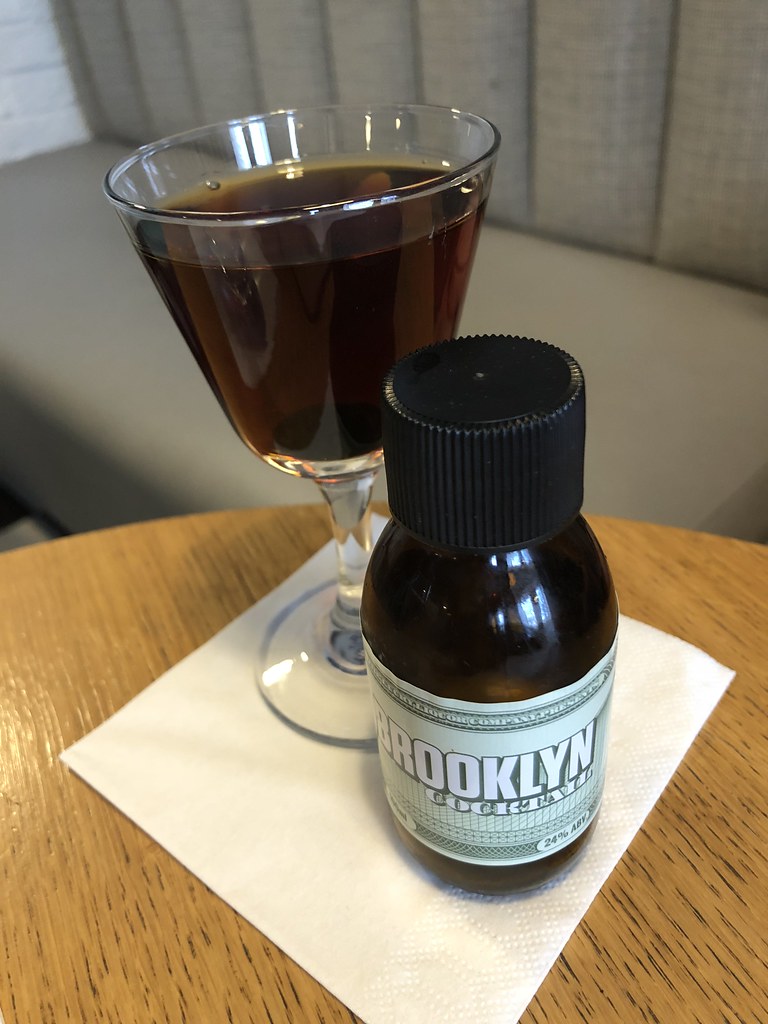 A few bartenders had mentioned Panda & Sons to us so that was stop number 4. Upon entering the empty lobby we realized we'd need to find our own way inside. 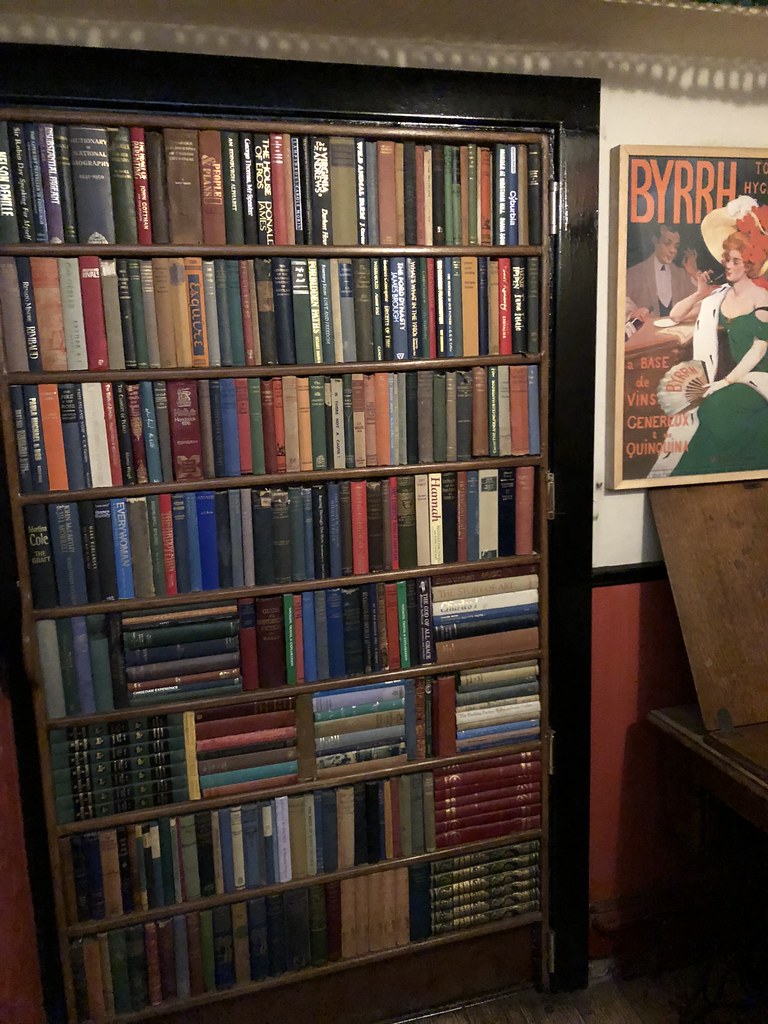 The bar is a largish speakeasy with a very fun menu and some playful ingredients and garnishes. We sat at the bar and I tried some more Scottish gin. The free popcorn and the cocktails were a hit! This is another one to stop into for sure!

Did I mention how beautiful Edinburgh is? We had such nice weather also! 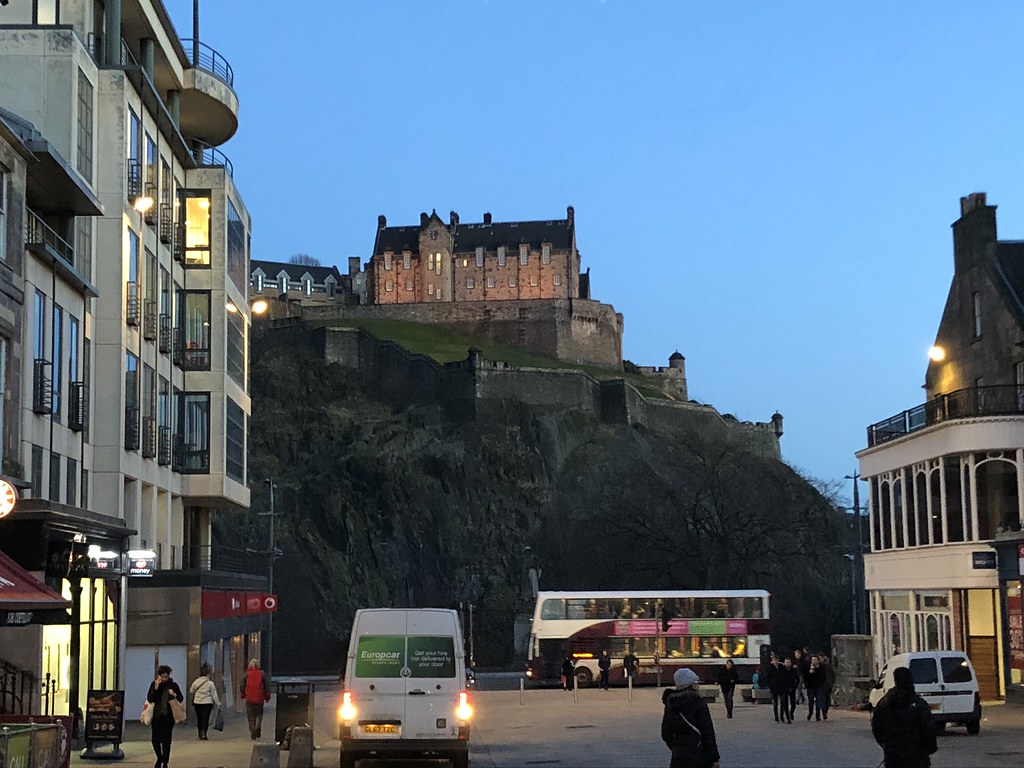 Our last stop of the night was a short walk away. Bryant & Mack Private Detectives had also been recommended to us and I absolutely loved it! And that's not just because it was our 5th stop! 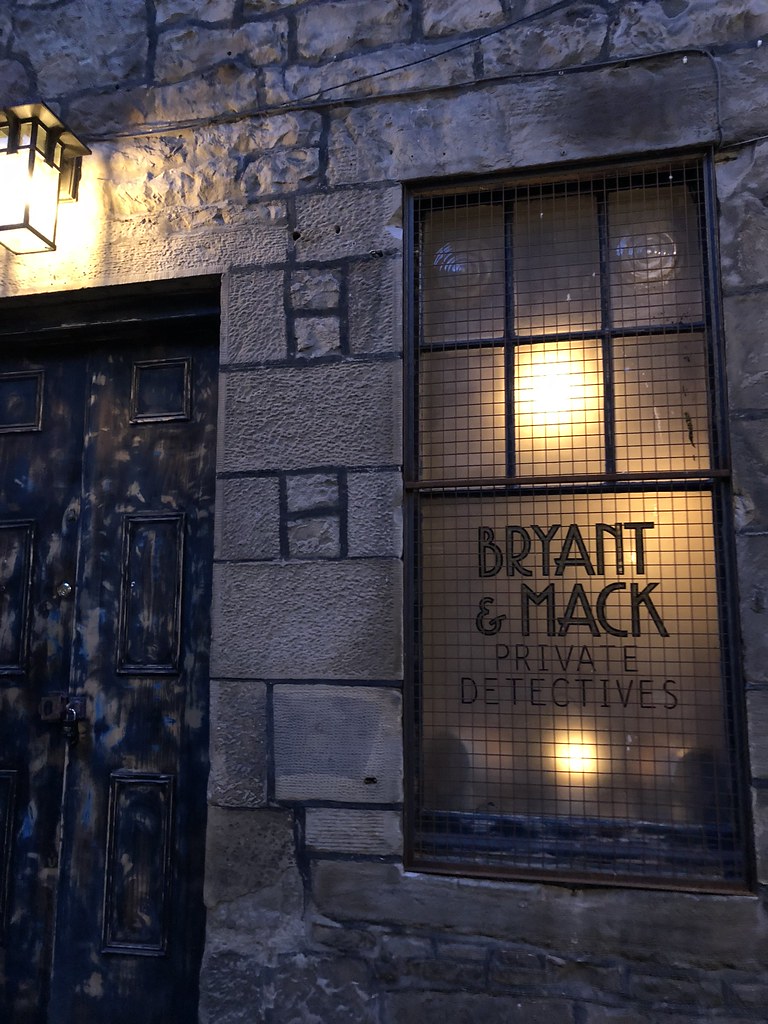 It could have been overly precious with the dim light, tiny space, and cheeky "hidden in plain sight" location. But the bartenders were fantastic, the drinks were great, and the space was cozy vs. haughty.

We wrapped up our night at Whiski Restaurant, which was right next to our flat. Unfortunately the food was pretty horrible. Steer clear.

The next day Forest left early for the airport while I grabbed an Uber to go pick up my car at the rental office. I was so excited to explore and see more of Scotland! I was also pretty nervous about driving on the wrong side. Fingers crossed! 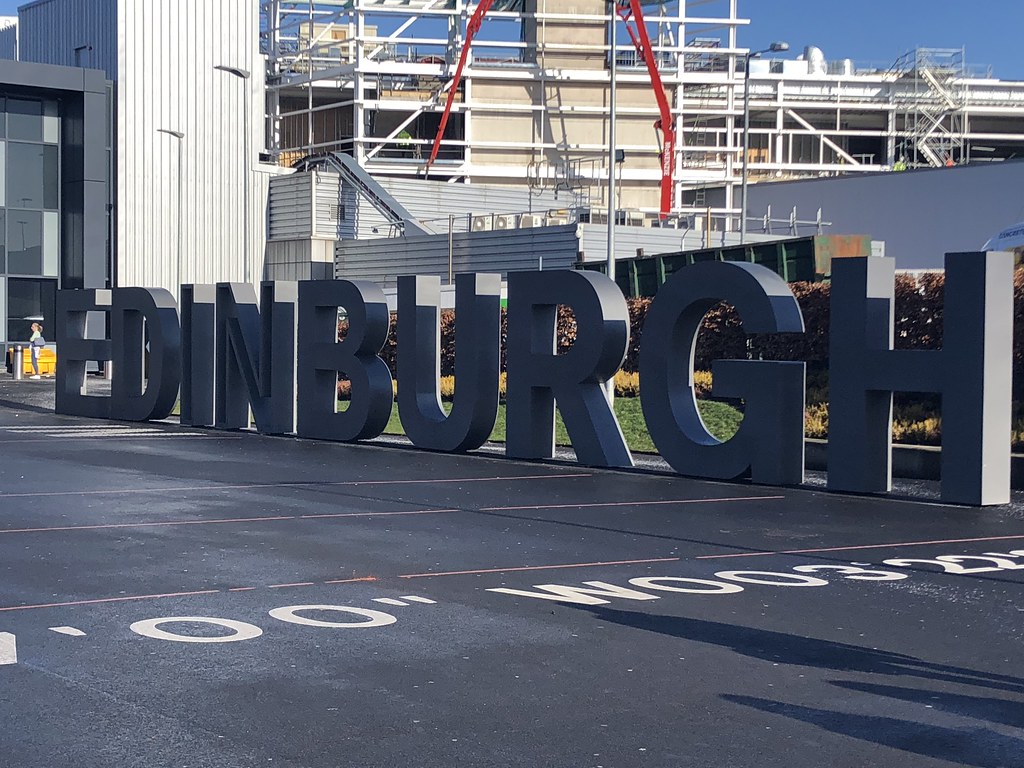 All Edinburgh photos here.
Other posts from this trip:
Hamilton & Other Hijinks in London
The English Spirit
An Introduction to Unicorns
Big Castle, Small Distillery, Highlands
A Slice of Skye
Oban & the Isle of Mull
A Wee Time in Glasgow
at May 16, 2018