Before we left P-Town, we had to make a stop at the Portuguese Bakery, which is written up on every Cape Cod list of places to eat. They are known for their malasada's, huge pieces of fried dough covered in sugar. Yum. We also tried the breakfast sandwich with linguicia, a fried egg and cheese on a Portuguese bun. Did not suck.

Appropriately fueled, we joined two others on one of Art's Dune Tours. We drove out on the highway, and entered the sand dunes via the fire road. The driver was really passionate about the area and had a lot of information to share about the different plants, flowers and animal tracks we saw. It was a really interesting and pretty 1-hour drive in an area we wouldn't have been able to see on our own. There is one walking path that leads from the highway, across the dunes and to the seashore that I would love to do next time. Other than that, there are no vehicles allowed (except the tour) so it is a very pristine area. 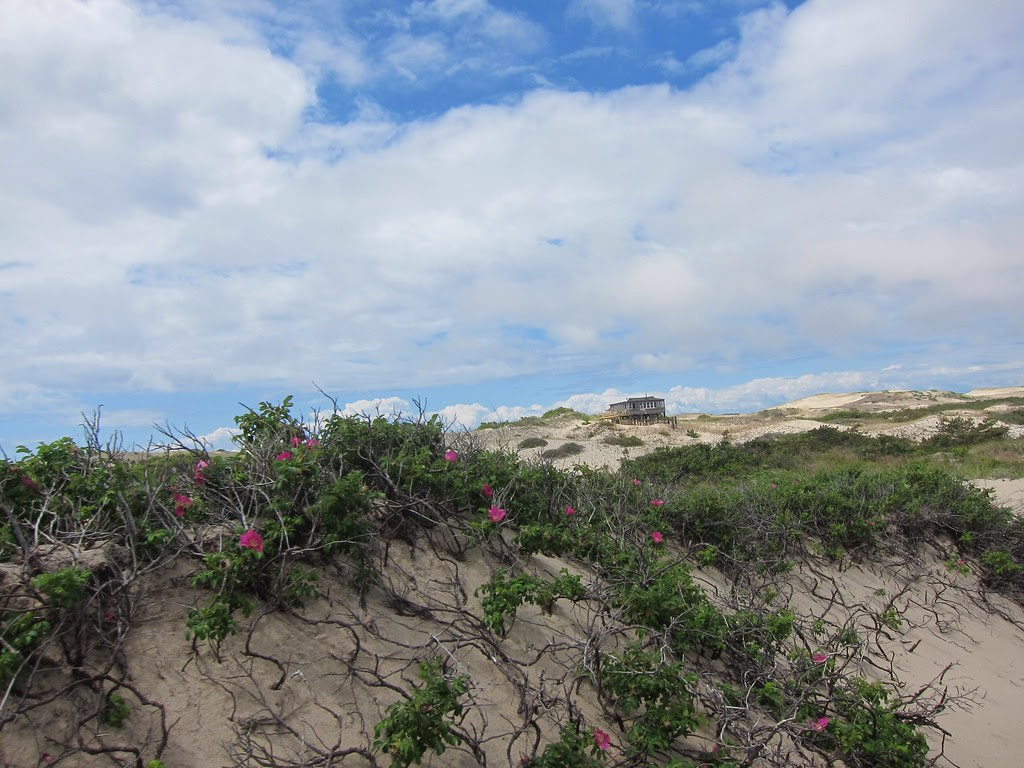 There are also a handful of shacks scattered throughout the dunes and we learned that you can rent them for a week at a time. There is no electricity, running water or bathrooms so it is a very off the grid experience. I'd highly recommend taking this tour if you find yourself in P-Town.

Leaving Provincetown we passed all these cute little cottages along the beachfront. Some were quite posh, others a bit run down, but all were tiny and cute- I'd love to see the inside of one! 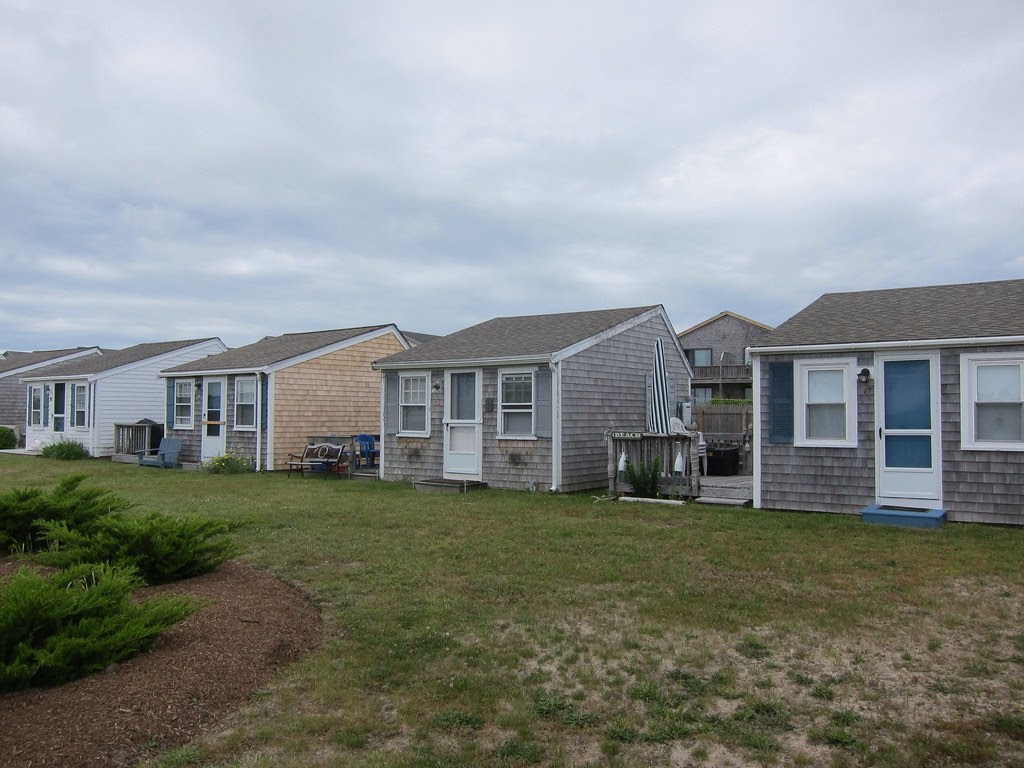 We drove the scenic 6A down through Rock Harbor to Chatham, before stopping for lunch at Chatham Fish Market for, you guessed it! A lobster roll! Well Dayne had a roll and I asked for a small basked of fried clams, what came out was a huge basked that the two of us could barely make a dent in! Note that CFM's fried food is all gluten free for those of you who shun the flour. 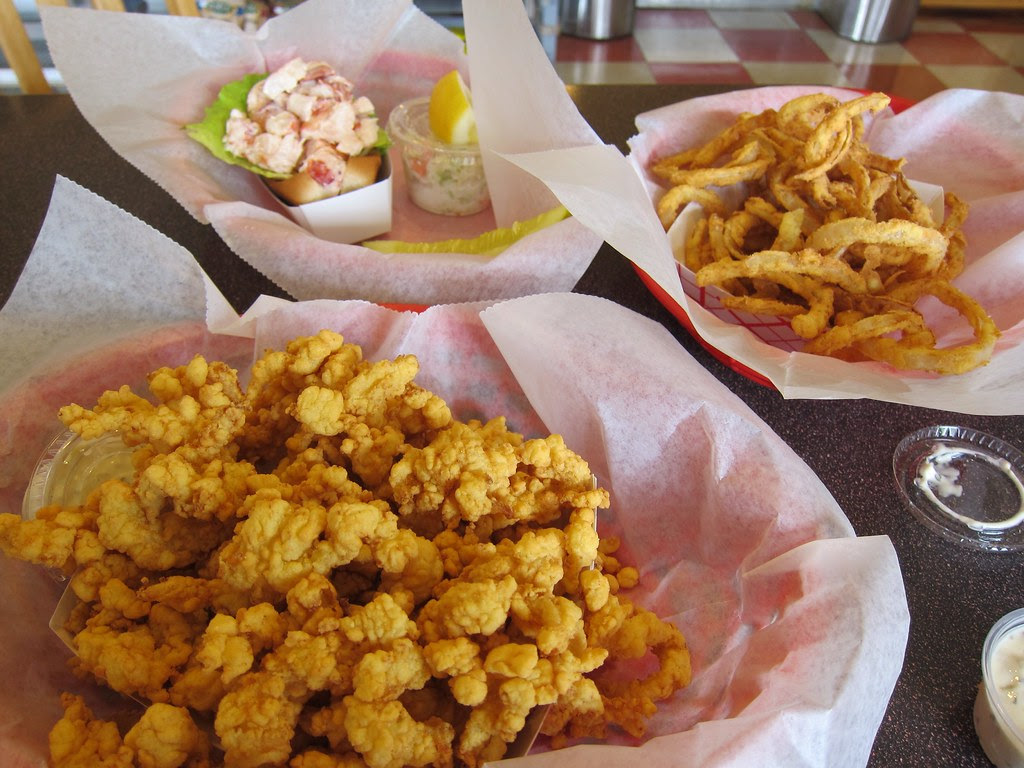 The towns in Cape Cod are adorable, some so small that if you blink you will miss them. Shingled houses, American flags, mini golf, ice cream shops, and Main Streets all look plucked straight out of 1950. Route 6A is definitely the way to go, highway 6 drives you straight through the middle which looks like SoDo.

Hyannis Port is quite a bit larger in size than the towns we had just driven through. And in fact, it is just a subdivision of Hyannis which seems like a city comparatively. Our hotel, the Anchor In, was right on the water, giving us only views of the harbor, the marina, and the boats, coming and going. It was also right near the ferry docks which made taking the ferry to Nantucket super easy. 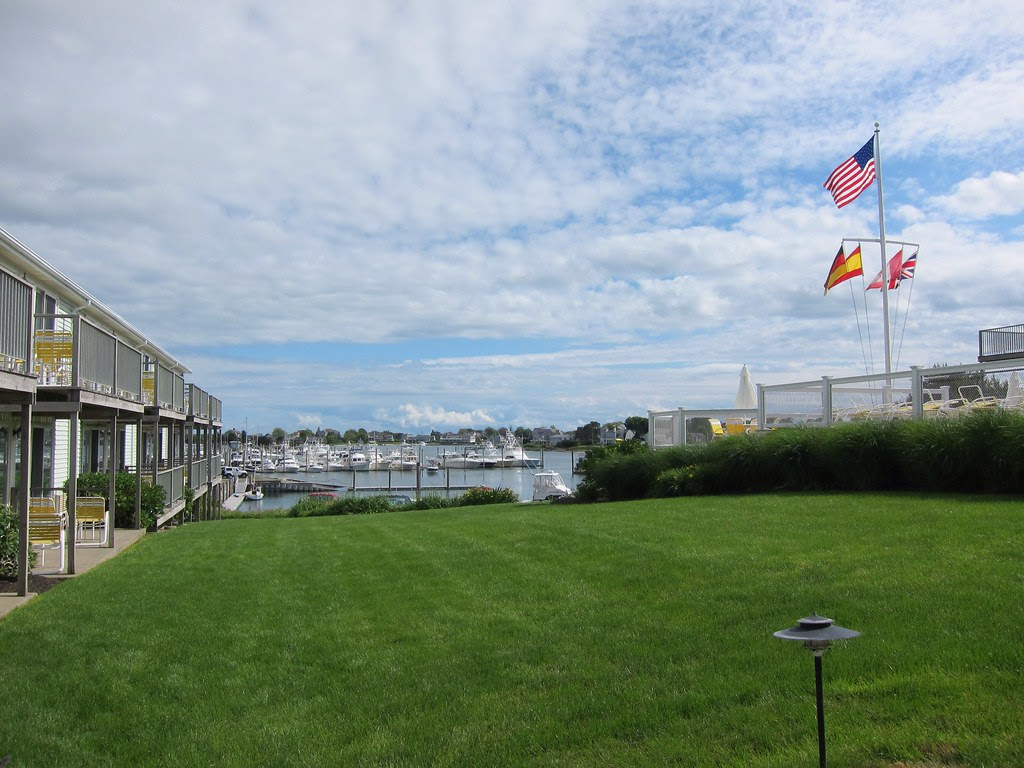 On Main Street you'll find an assortment of cute shops and restaurants, one place in particular we had great cocktails and dinner at, was The Naked Oyster. Of course lobster was on the menu! 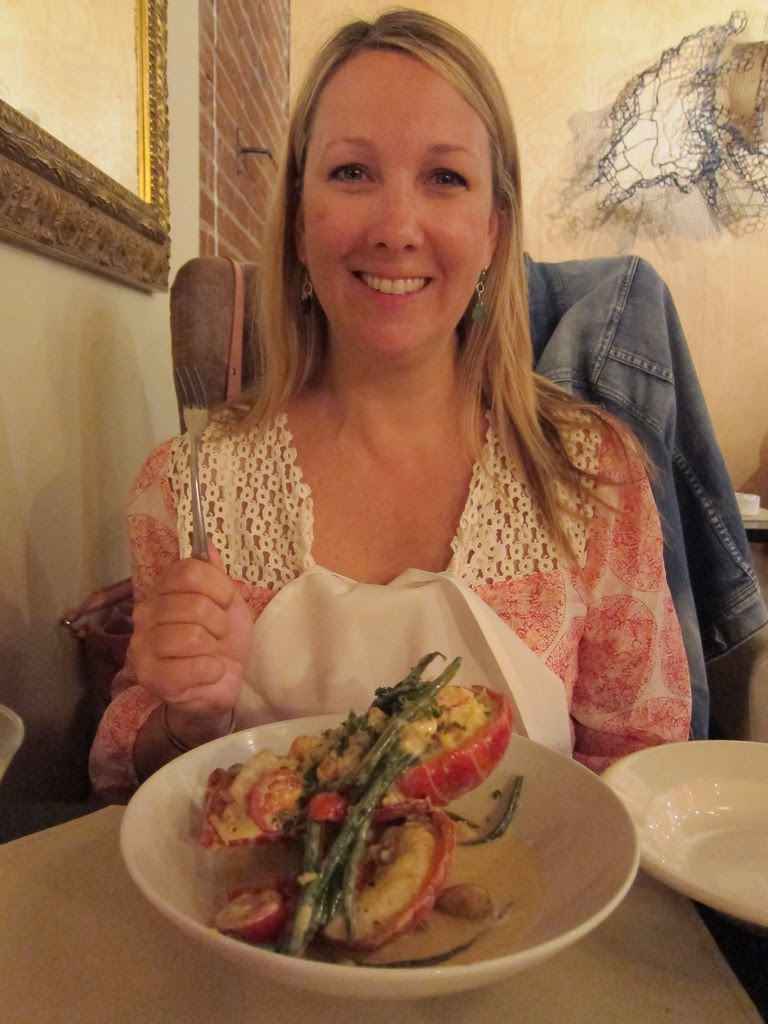 Hyannis Port is known for their Kennedy's. We didn't do it but the town has a self-guided walk you can take to see some of the sites and places they frequented.  Using Google street view to identify it from a photo in a brochure, we did see the Kennedy compound from the ferry. We also went to the JFK Museum which houses a collection of family photos as well as two videos about the family. 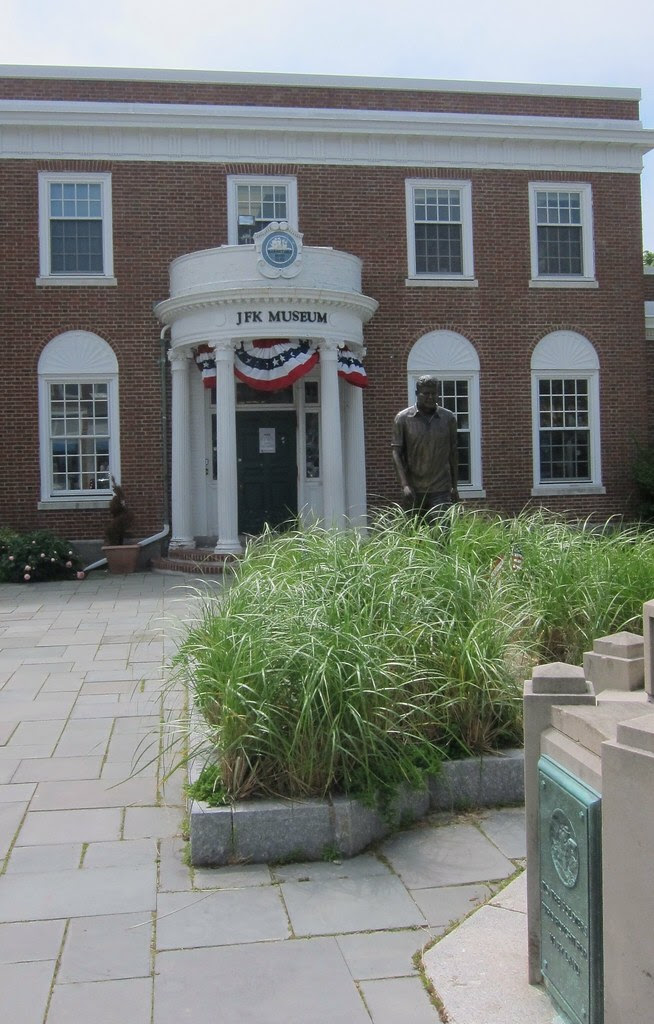 Strangely, we saw the name of one of Dayne's classmates on the family tree that is displayed. During the reunion we told him about it only to find out he had no idea he was listed in the museum as he had just married into the family 3 years ago or so.

Having grown up hearing about the Kennedy's all playing lawn football at the compound and summering in Hyannis Port, it was fun to see the places and be in the small town for a couple of days. 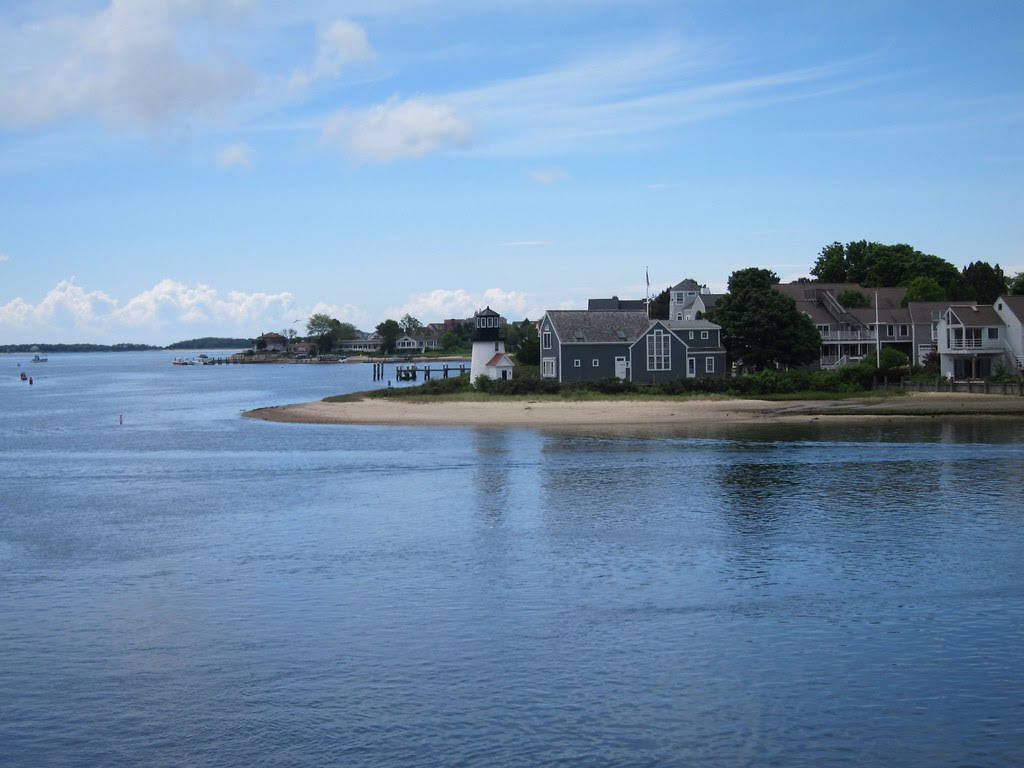