I've worked from home for almost 13 years now, so that part of the pandemic shut down has not affected me. However, usually I leave my home office after work and go meet up with friends for dinner, drinks, travel. That has definitely been affected and I miss it as so many others do. 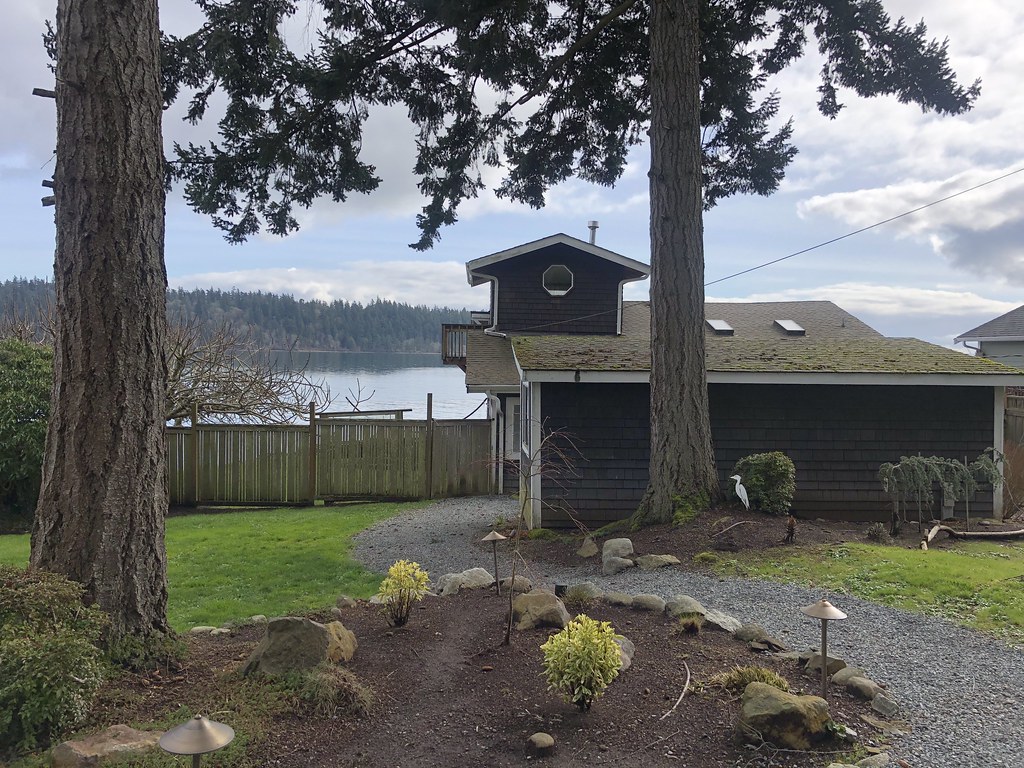 I've found that even just renting a place for a couple of days, getting to set my eyes on new sights, and explore someone else's neighborhood can be restorative. So when my friend Gail showed me this great Port Orchard Airbnb she had seen on Facebook Marketplace I suggested we do a midweek work-from-somewhere-else.

Port Orchard is located on the Kitsap Peninsula, you can get there by ferry or you can drive down around Tacoma and up. 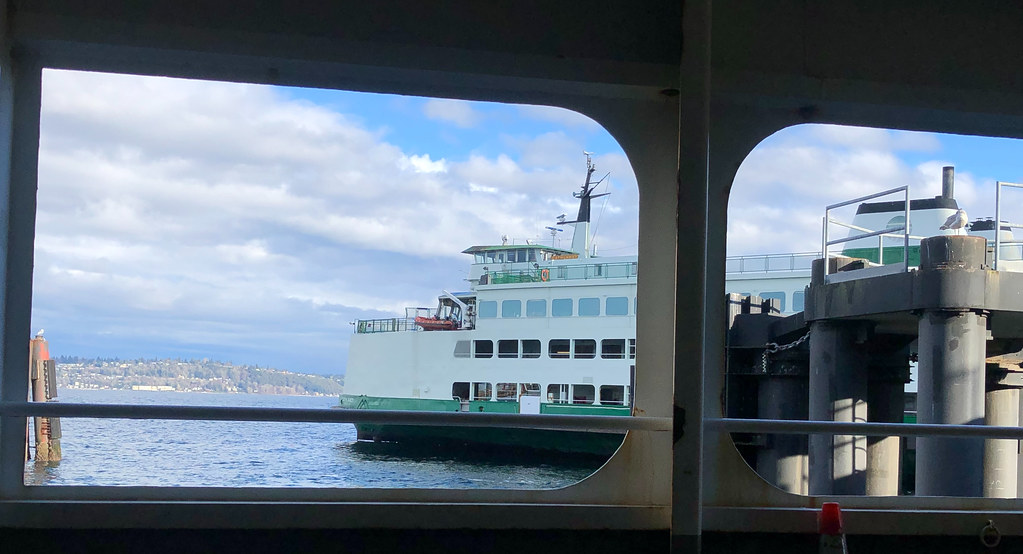 We caught the Fauntleroy ferry in West Seattle bound for Southworth. As it isn't high season we didn't worry about making reservations like we might in the summer months. The ferry makes a short stop on Vashon to offload/onload cars, and then we arrived in Southworth after about a total 30 minute crossing. As encouraged by the ferry, we stayed in our car during the trip.

It was just a quick 15 minute drive to the Heron Haus from Southworth. The rental has very easy self check-in so there was no need to interact with anyone. It's a beautiful and charming cabin with amazing views onto Puget Sound. 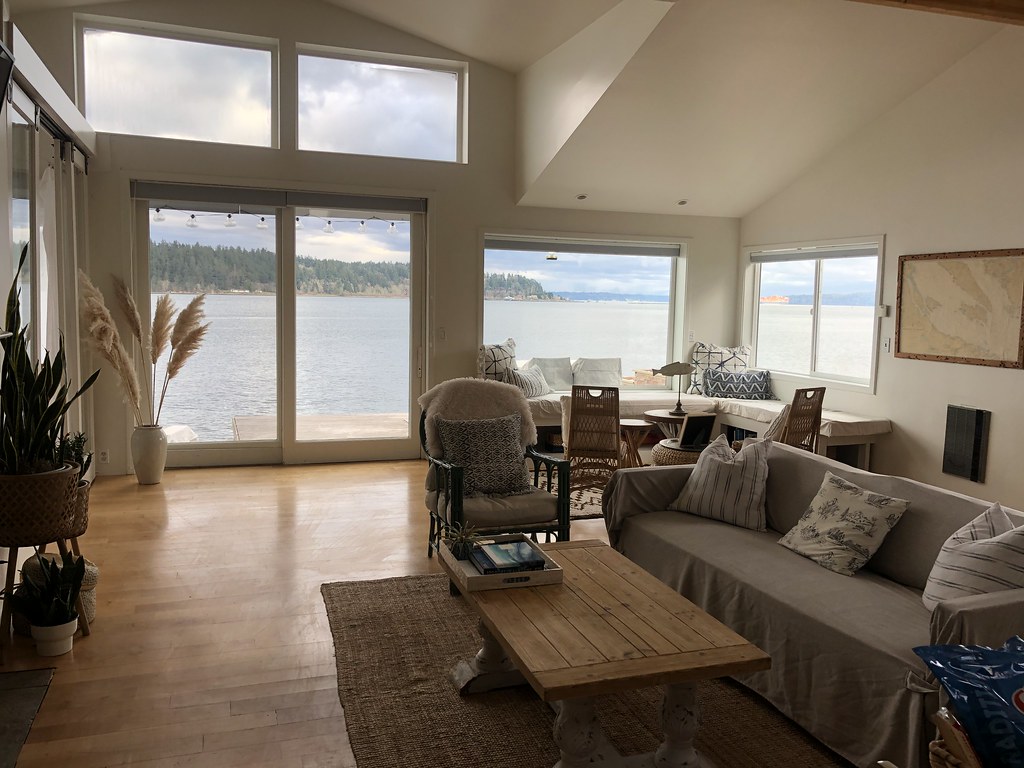 The main floor is open plan with a large kitchen/great room/window nook area. There's a bedroom on the main and one upstairs, both have views of the water. A large bathroom has both a huge shower and a lovely footed tub which also has great views. The entire place is just bathed in light. 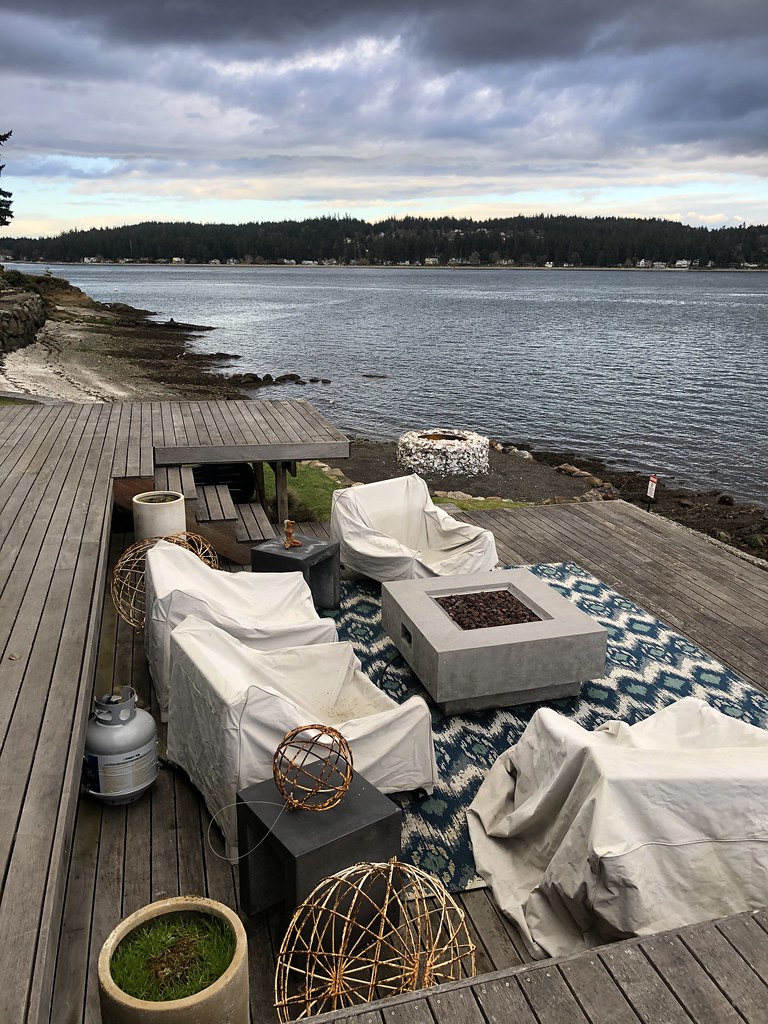 There's a deck the length of the entire house off the back with both a gas fire pit and off to the side, a cool oyster shell pit that burns wood. The front yard of the house also has a detached studio that can sleep two, double as an office, both or either. Truly a great property. 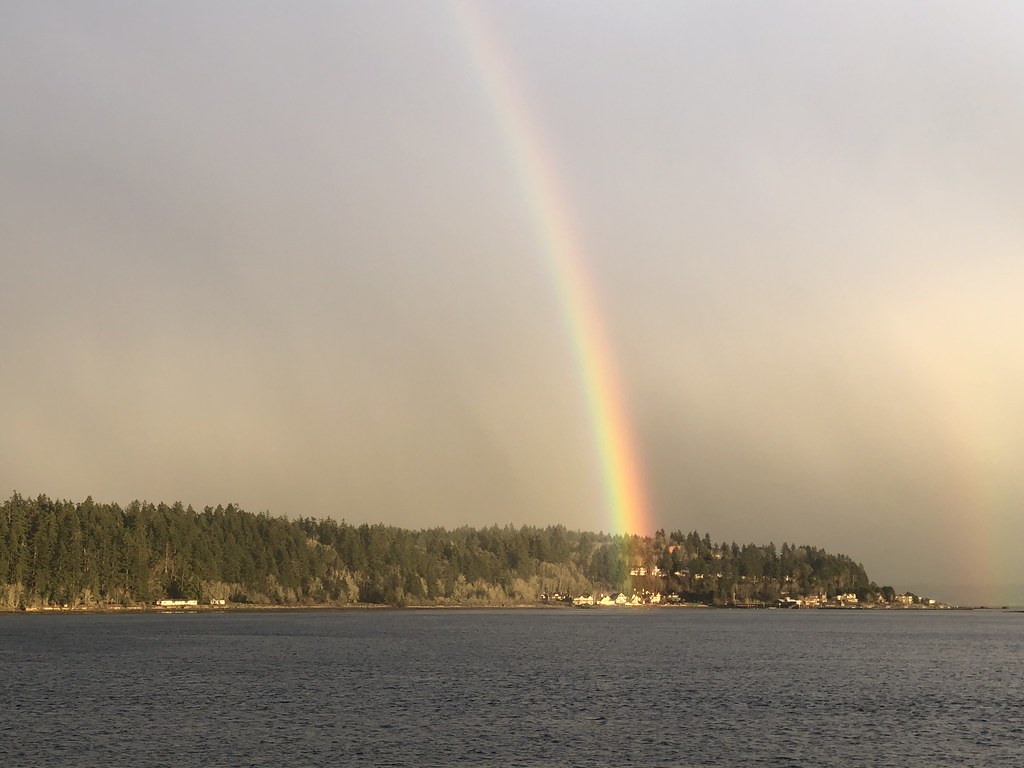 We had grocery shopped before leaving home and had a menu set for the next few days. I had made a batch of my mac-n-cheese so all it had to do was go in the oven. We located to the nook with the big picture windows for happy hour and took in the view as the skies went from blue, to black, and then to double rainbow! Not bad! 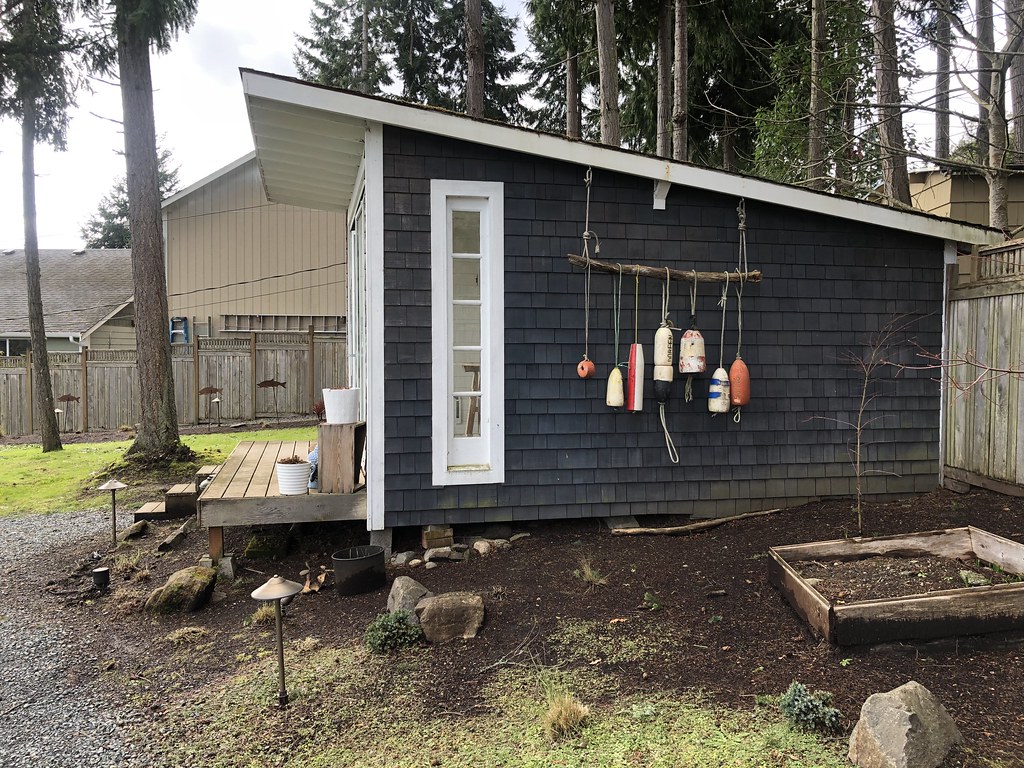 I set up to work in the studio the next day which was really great for a change of view! Unfortunately the wifi kept dropping, even with an extender in the unit, so I went back to the house to take my calls. But for working on spreadsheets and documents I just used my phone as a hotspot. 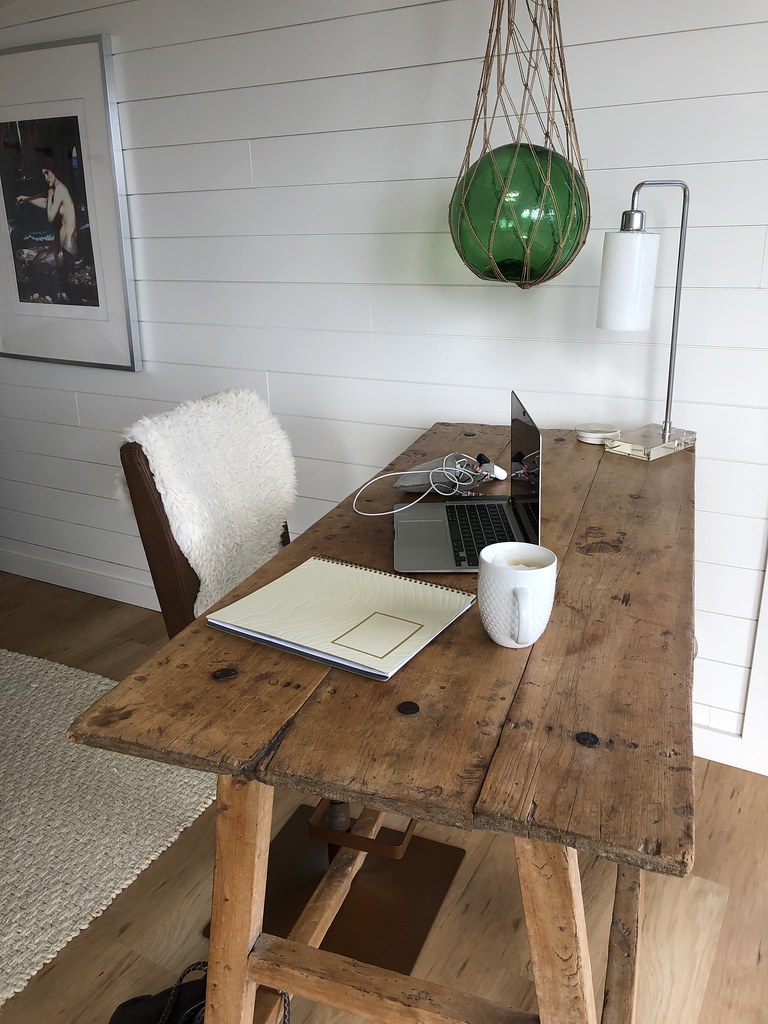 Not far from the house is Manchester State Park which has good trails that take you along the waterfront and also cut through the forest. We did an easy 3 mile loop hike here, passing some of the old buildings and remains of the defense station that the park was once used for, including a torpedo warehouse now picnic area! 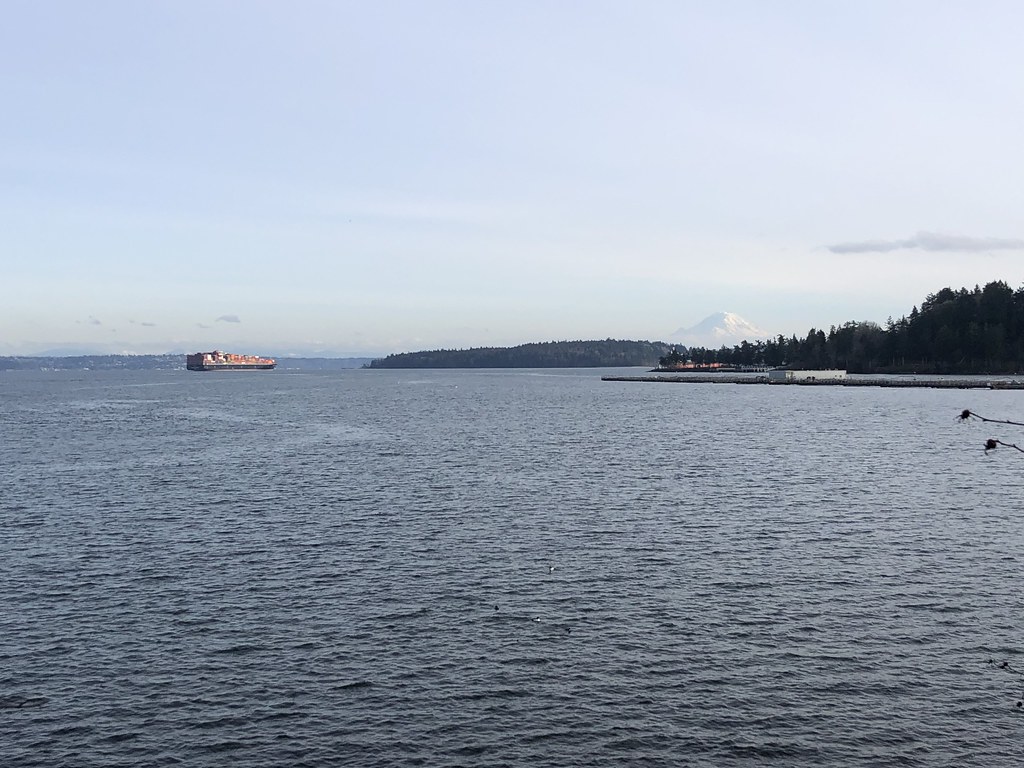 Along the waterfront we could hear the sea lions discussing their plans for dinner. Mount Rainier looked on from a distance and the skies were a lovely late winter blue. As the trail led us into the forest we found a set of interpretives plaques that educated us on the various trees in the area. 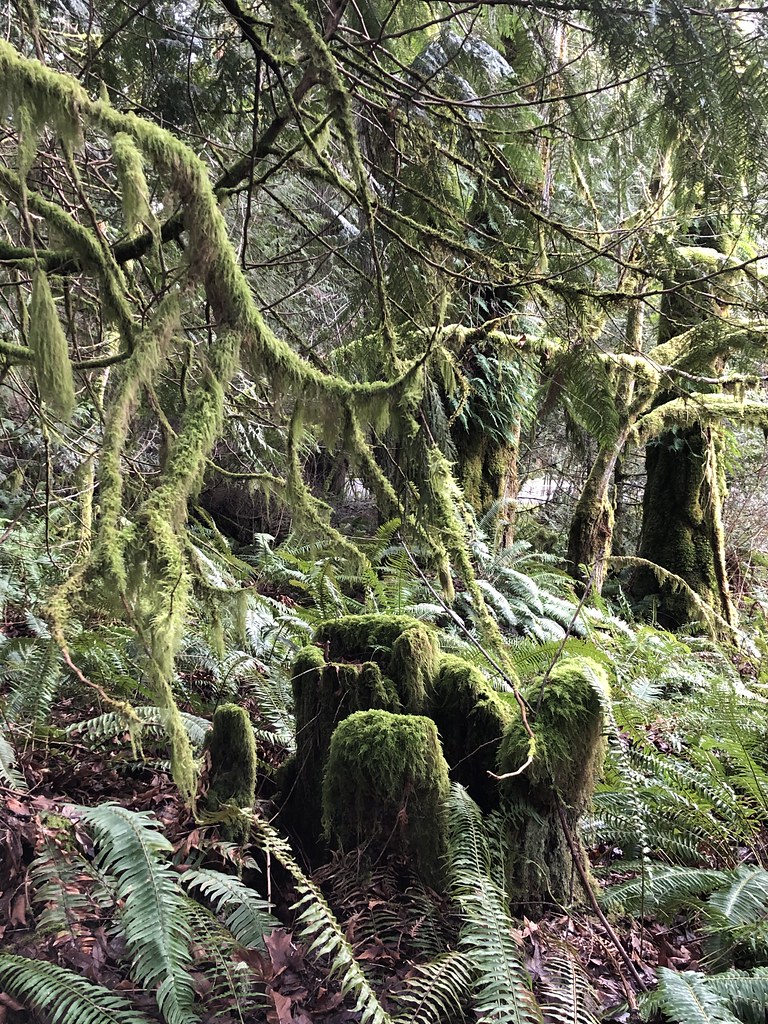 A Discover Pass is required to park in the park, you can buy one in advance or pay onsite.
That evening we lit up the gas fire pit and enjoyed happy hour outside. There was quite a bit of wildlife around, sea lions swimming close to shore and so many sea birds! It was cold but it was pretty! 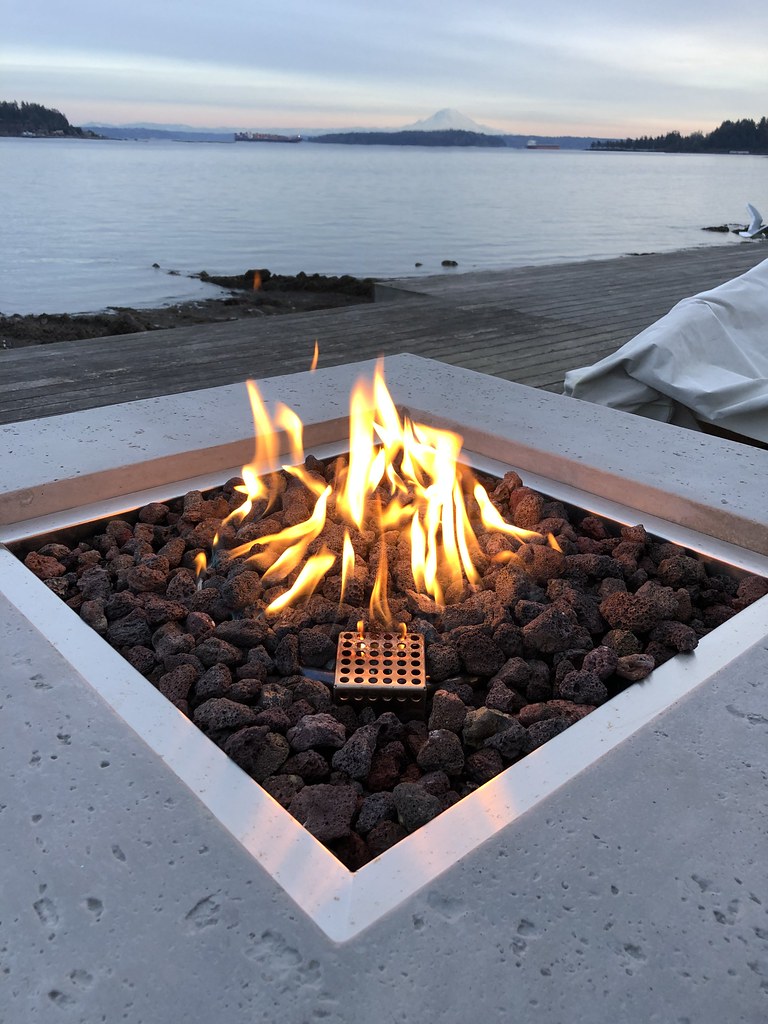 We spent a total of 3 nights at the Heron Haus and absolutely loved the space and the location. As we only ventured into Port Angeles for a quick drive through I can't speak to the restaurants or shops here or if they are currently open. It looked cute though!
It was so nice to have a little change of view for a few days, and what a view it was! One morning I was sitting here with my book and coffee and watched 2 young eagles mock fight and their mother swoop in and break them up! 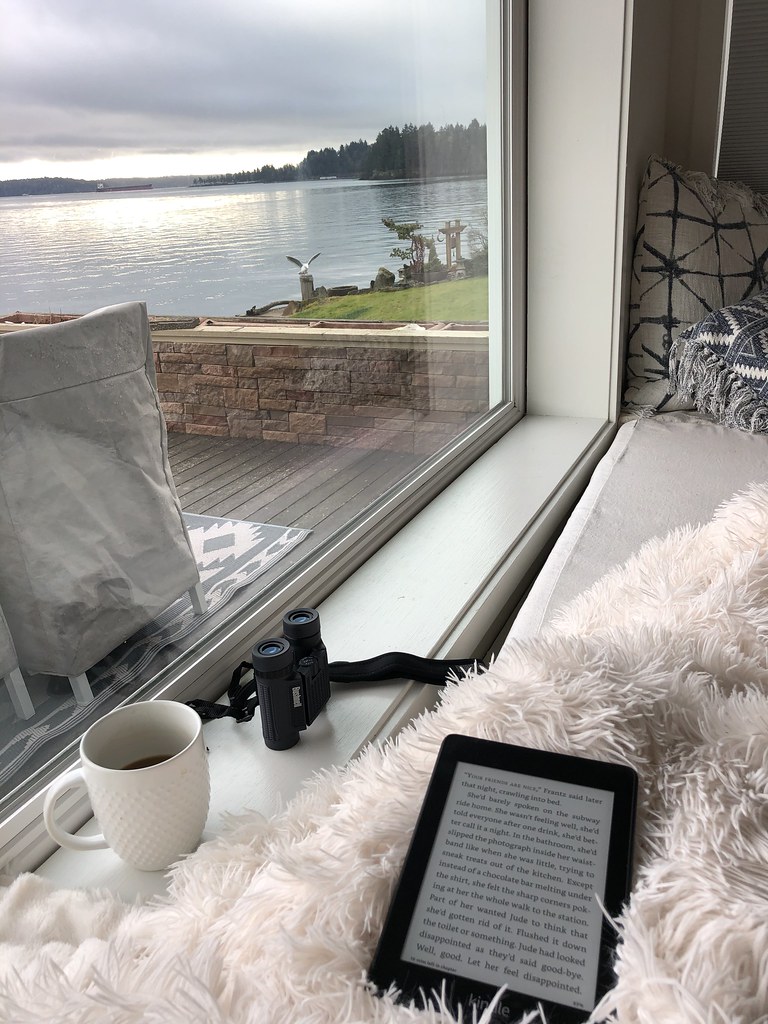 Even though Port Orchard is on "main land", the waterfront community feels like an island. And who doesn't love an island retreat? I'm planning on visiting this Airbnb again! 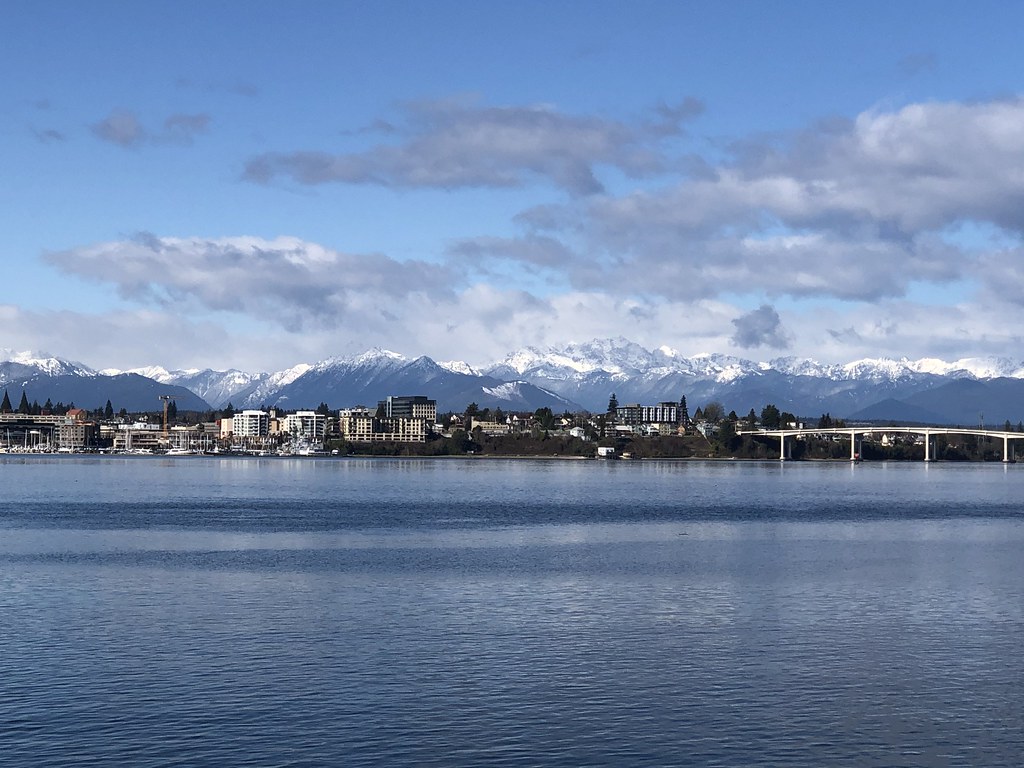