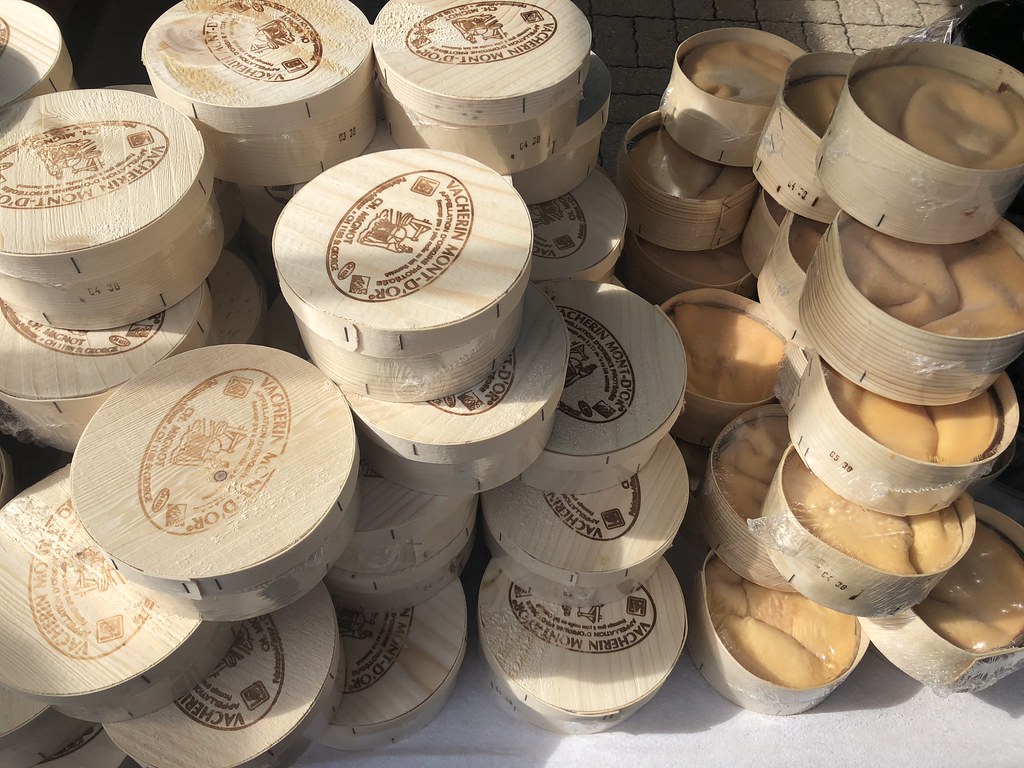 The girls and I had wrapped up our time in the Swiss Alps, and after riding a gondola and four trains we made it to the lakeside city of Lausanne. We were on our way to the town of Le Pont for the Fête du Vacherin du Mont-d'Or. A festival to celebrate the awesomeness of Mont-d'Or cheese!

The original plan was to have a fancy lunch in the 2* Michelin restaurant Anne Sophie Pic which is in the very posh Hotel Palais Beau Rivage in Lausanne. Unfortunately our trains were late and we arrived after the restaurant ended their lunch service.

We were already at the beautiful hotel so we decided on a more casual (but still pricey) lunch outside at their café overlooking Lake Geneva. I had the delicious fried perch, which comes from the lake, and we sat around with a bottle or two of Grand Cru Dézaley, a local white wine. 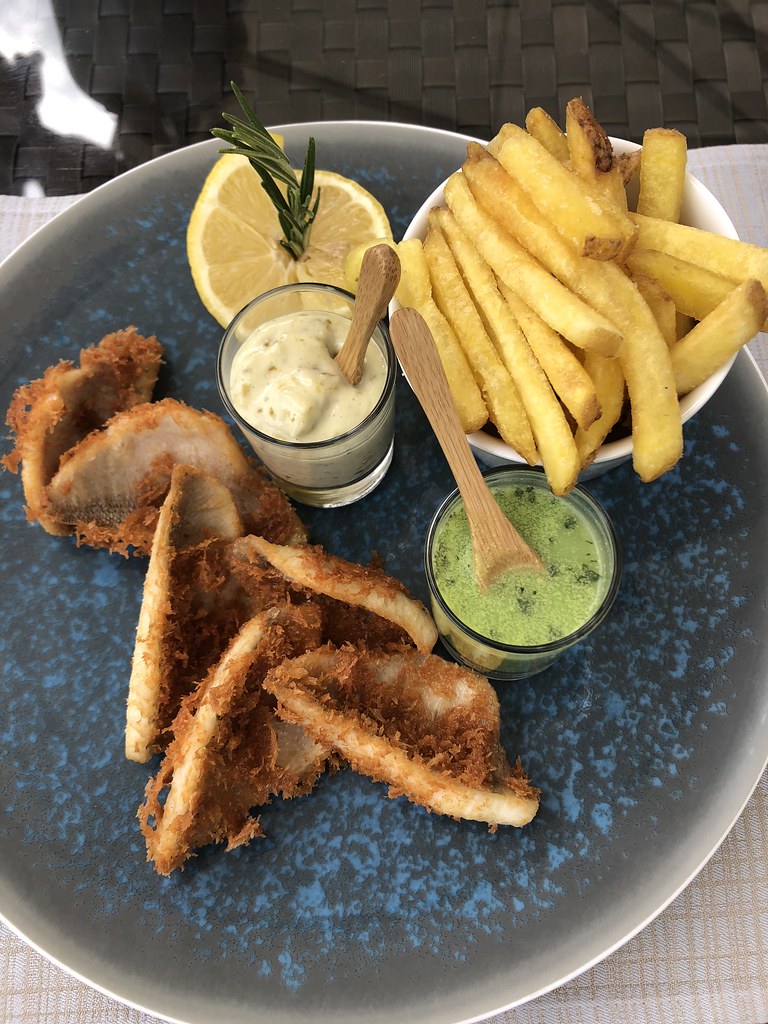 I offered to drive the 45 minutes to the town of Le Pont, where we were meeting Thibault. We had a great Airbnb right on Lac du Joux in the tiny town that sits just a 10 minute drive from the French border. Too small to have a proper grocery, we drove another 20 minutes to a large shop to stock up for the weekend. 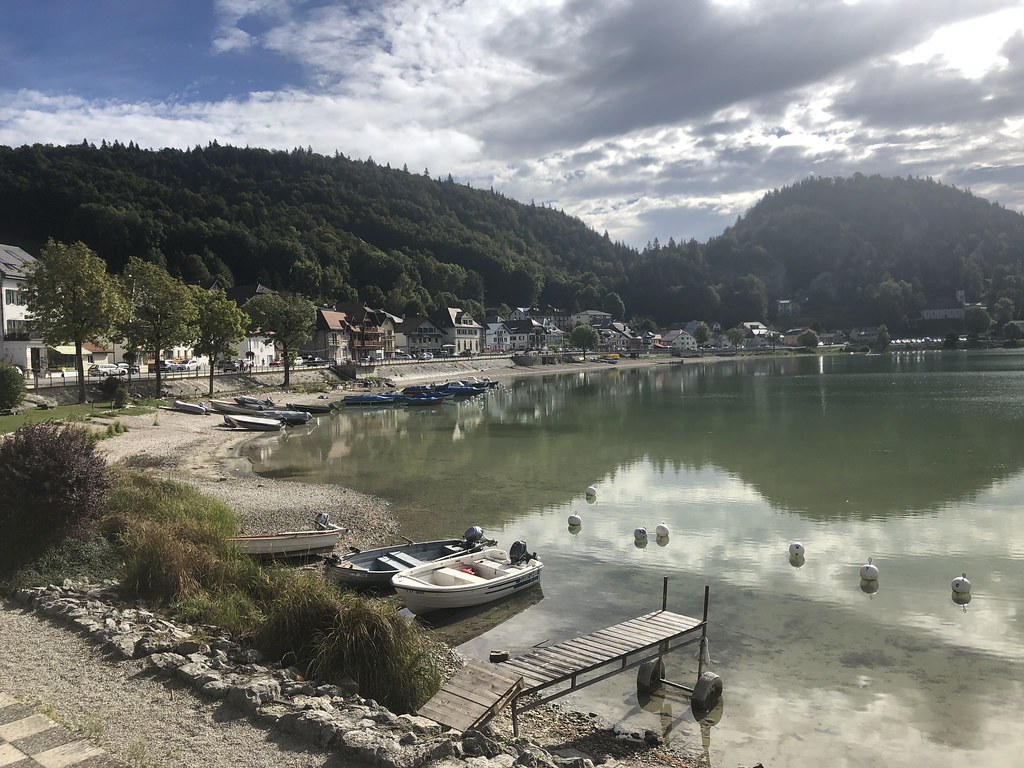 That night Nic made a big, delicious salad for dinner, and we hung out listening to music and drinking wine. Unfortunately we realized too late that our fridge had no freezer (what is it with the Swiss and no freezers?) so we were martini-less. At one point we put a few beers out on our front steps to chill down faster as the fridge wasn't super cold, and when Thibault went to get them they were gone!!!

The next morning Forest and I walked to the nearby town of Les Charbonnieres for the Fête du Vacherin du Mont-d'Or. The festival happens yearly on the first Saturday after the Swiss holiday, lundi du Jeûne. The day is spent celebrating and tasting the first of the seasonal Mont-d’Or cheese. We arrived just in time to see some of the farmers bringing their cows down from the Alps and parading them through town. It was quite a sight! And a sound!

There are a few thousand people who attend, mainly from the surrounding towns. I'm pretty sure I was the only person visiting from America! 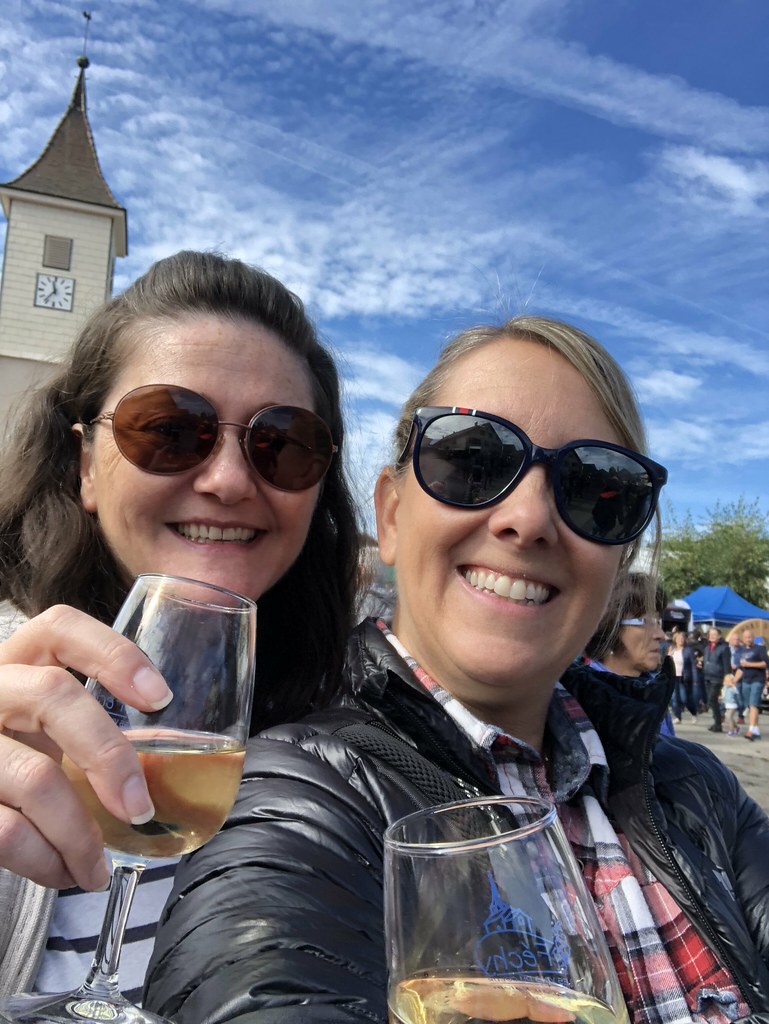 We tasted through the 12 cheesemakers who make the cows milk cheese Mont-d’Or, surprised by how different a few of them were. There were other alpine cheeses from goats and sheep which we also sampled. And wine tasting of course. We even did some cheese and sausage shopping. All while jumping out of the road whenever we heard the tell tale sounds of more cows being led from the hills. 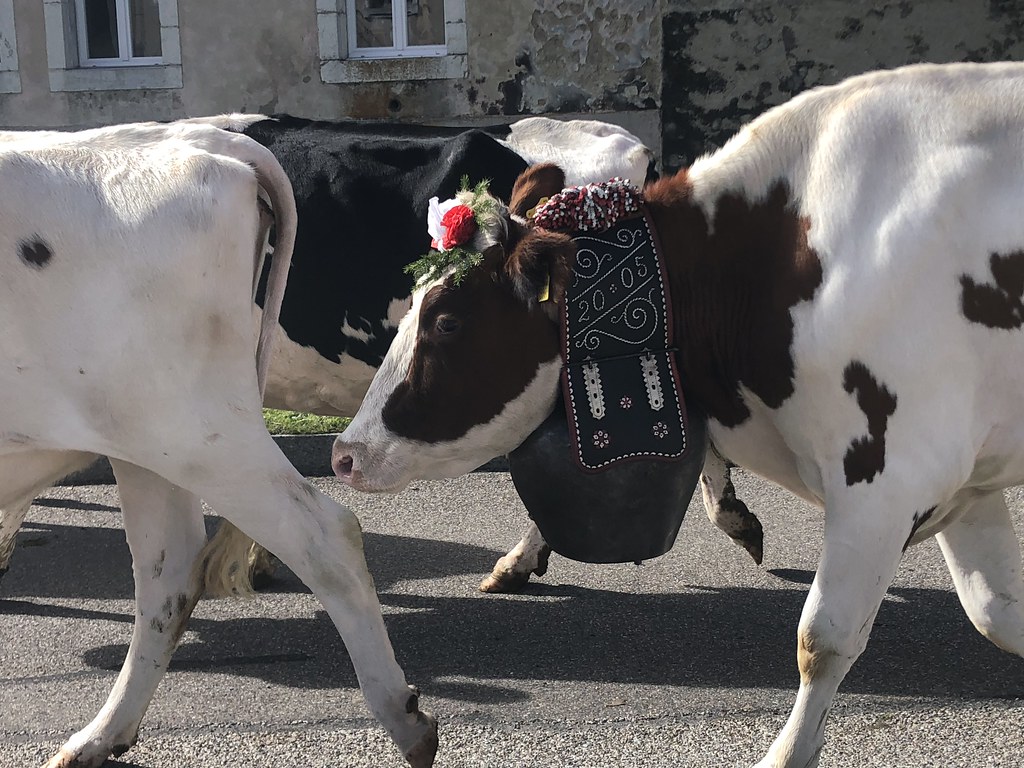 Thibault met us (sadly Nic didn't feel well and had to miss out) and we explored more of the festival; displays of cow bells, craft booths, cages of small animals like rabbits and ducks. We then made our way to a large communal hall where fondue was being served for lunch. Yum. Fondue in this area is made of 50% Gruyère AOP and 50% Vacherin Fribourgeois and is sooooo good! 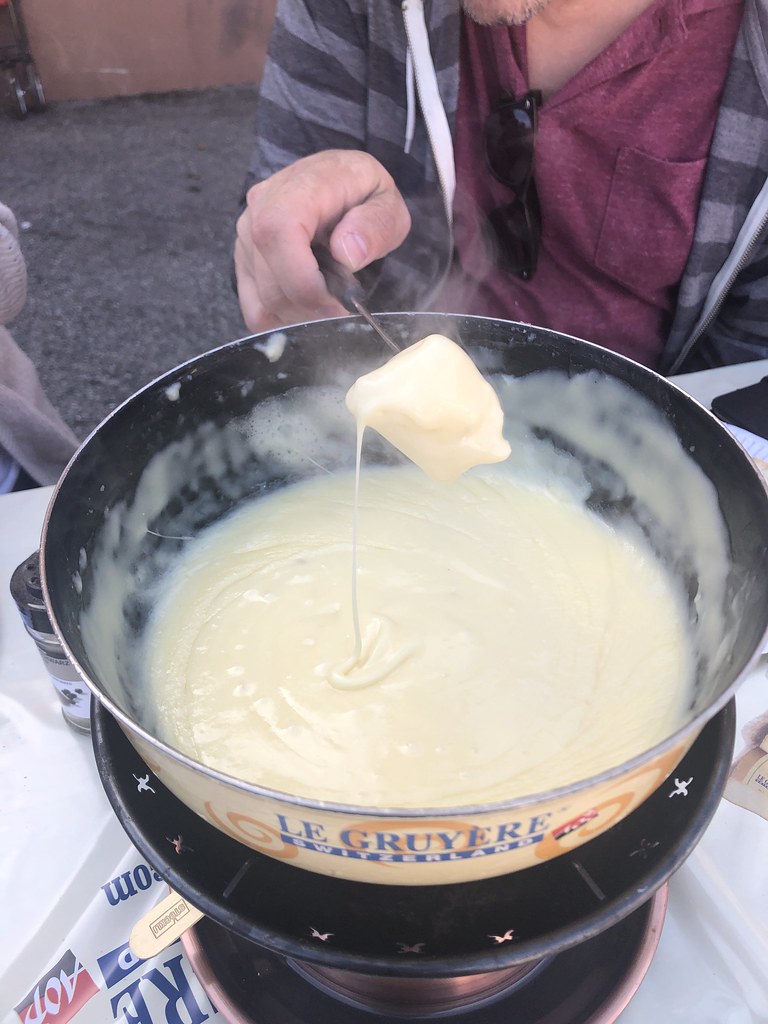 After lunch we toured the pens where some of the winning milking cows were on display. What they won or won for I couldn't say. Then there was a border collie sheep and calves herding demonstration which was super cute! 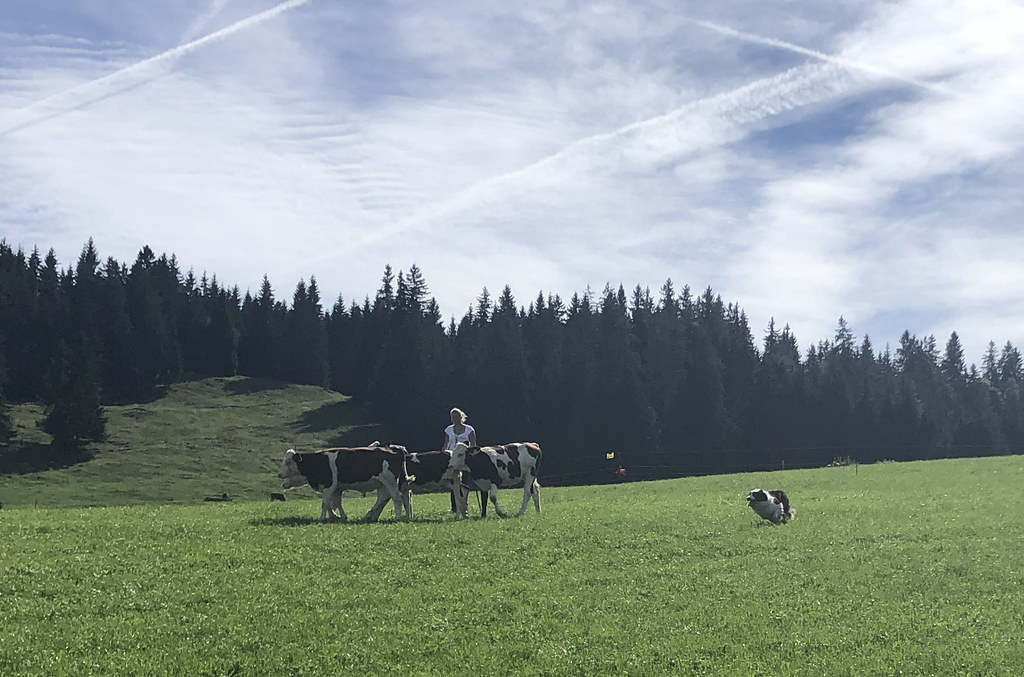 We arrived back in the center of the festivities to watch both a demonstration on rope cracking performed by some burly Swiss men, and also a flag toss accompanied by a performance of the alpenhorn. Cue the Ricola commercials! 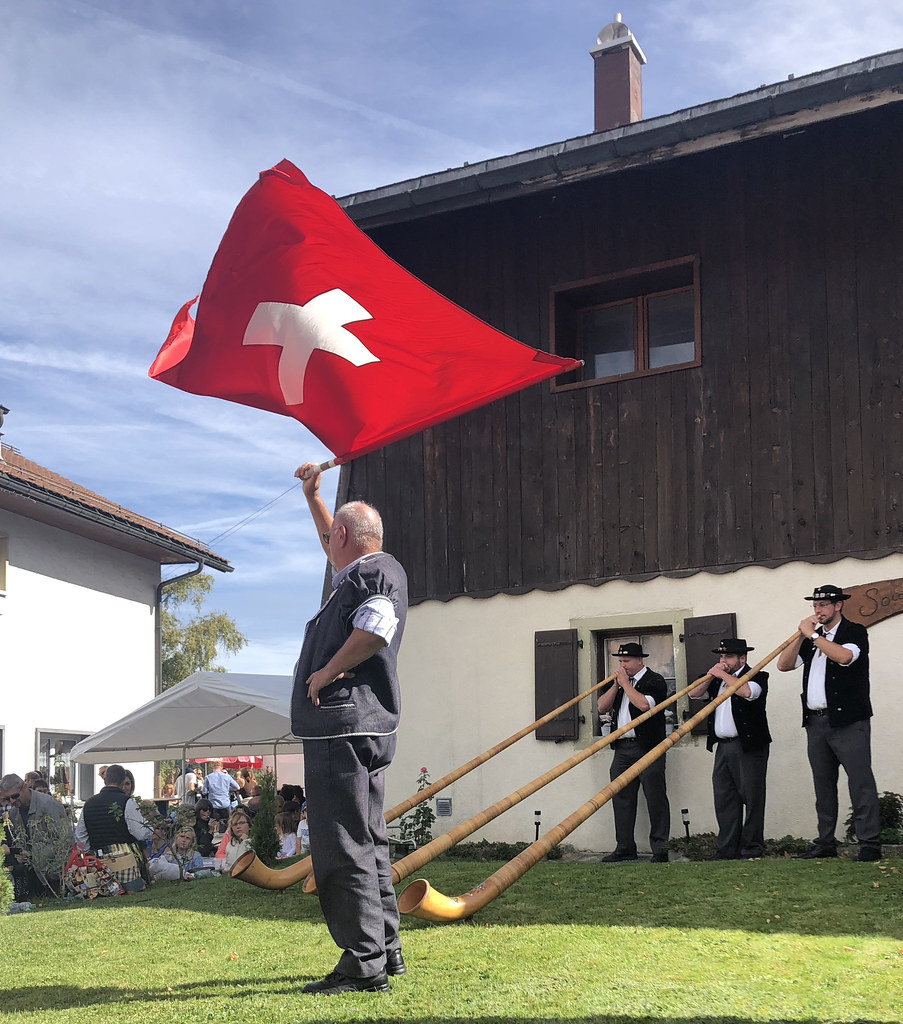 As the festival wrapped up, we headed back to Le Pont, stopping at an open restaurant to beg a bag of ice. We sat outside our Airbnb and had drinks and some snacks and watched the sun set. Such a fun day! 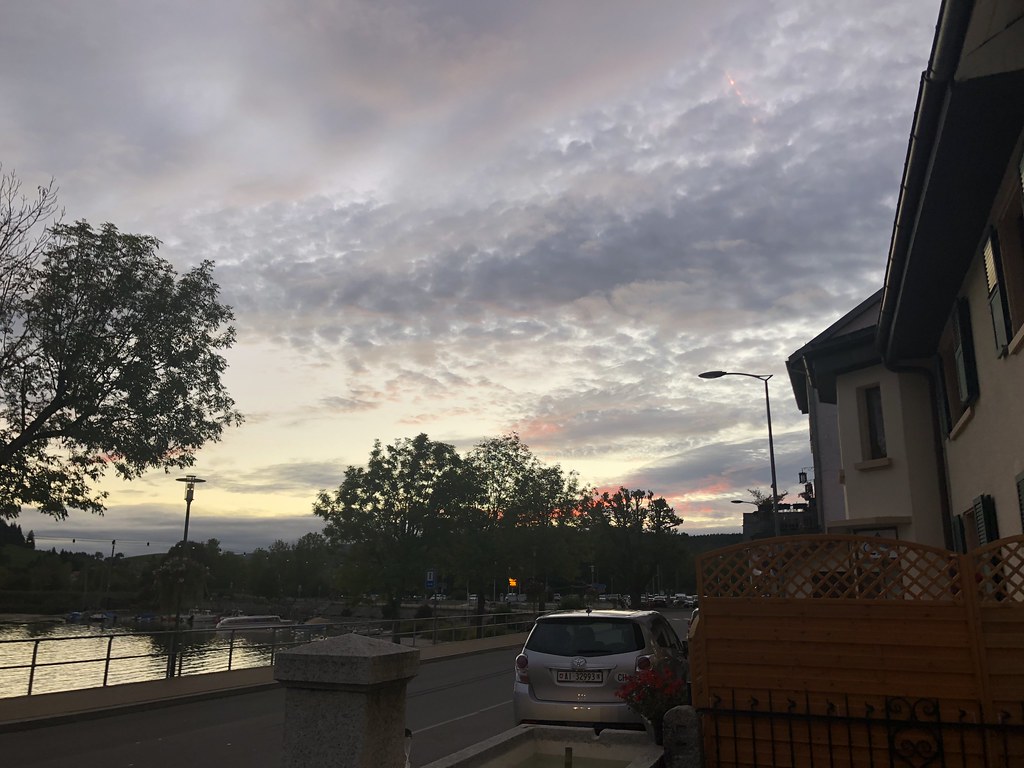 The next day, after packing up, we drove up the hill to Buvette de la Dent de Vaulion for lunch. It was so foggy when we arrived, we could hardly see the parking lot! We had one last awesome lunch of fondue in the funny chalet where people kept bonking their heads on the cow bells hanging from the rafters! 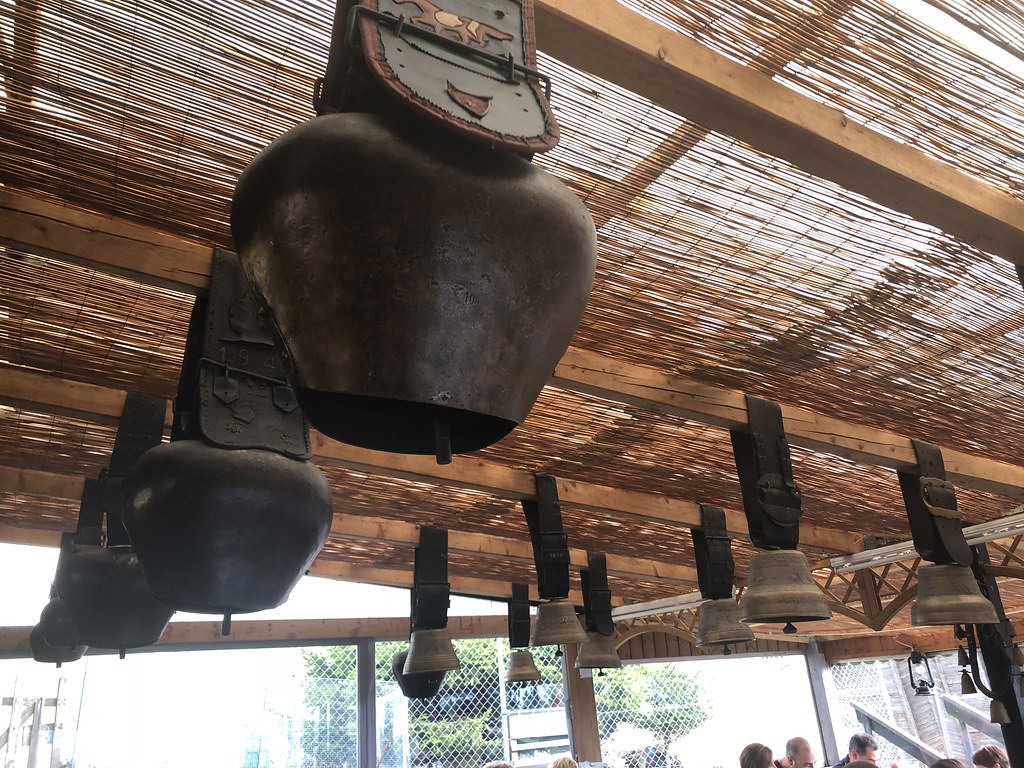 The skies had cleared and the drive down out of the valley was beautiful. Not completely done with our cheese shopping, we stopped in the village of Vaulion at the Gruyere dairy. Sadly, as it was Sunday, it was closed. Happily, they had a Gruyere vending machine outside! 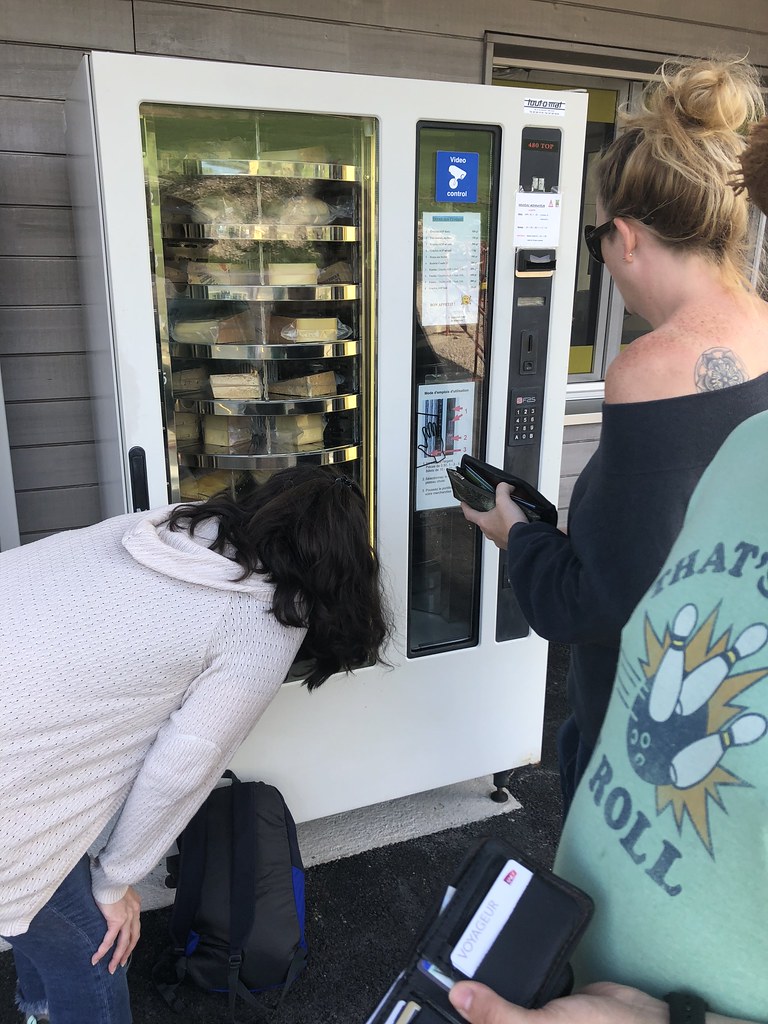 A VENDING MACHINE OF GRUYERE!!! The wedges that weren't a full 10 Swiss franc had coins taped to them as change. God love the Swiss!

In Lausanne we caught our train back to Paris, said goodbye to Nicky, and ordered pizza back at Forest and Thibault's. The next morning I flew out of Orly on Icelandair with a short connection in KEF. With about 20 pounds of cheese in my suitcase. And some sausage. 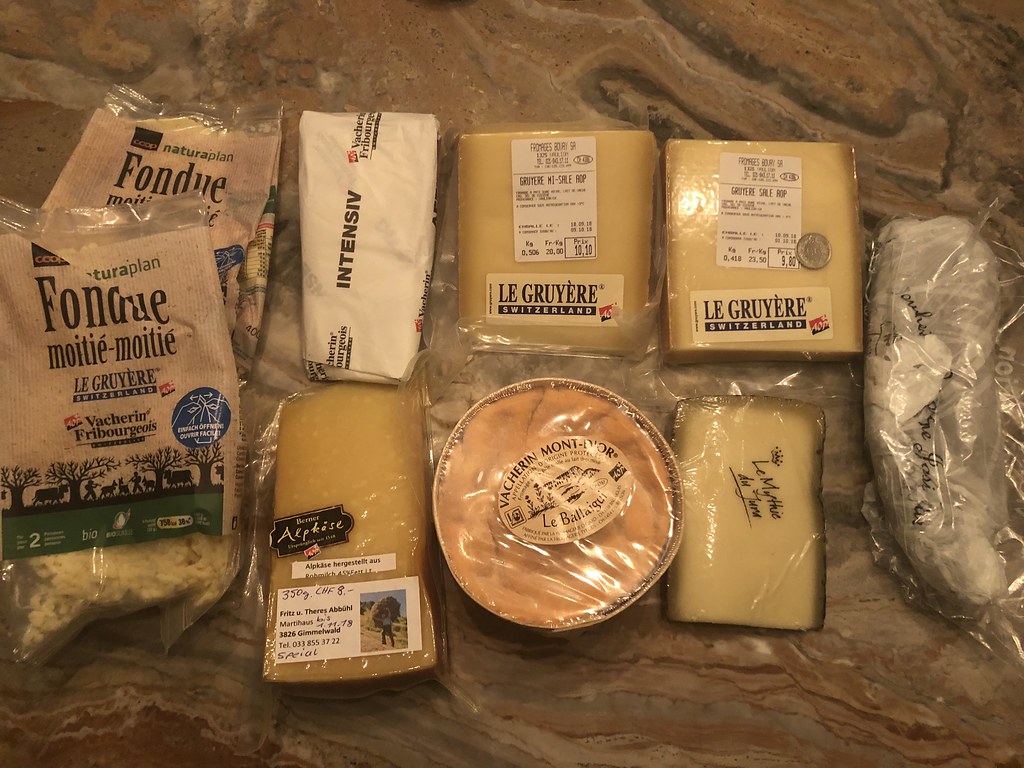 All these cheeses, horns, bells, cows, sunny Swiss skies were a blast! If you have reason to be in the canton of Vaud in early September, I'd highly recommend checking out this festivus of cheese! If you go, it's a cash only affair and my $100 went quick!

All photos of the canton of Vaud here.