Welcome to the Jungle

This year's annual New Year's Eve trip was to Peru. It had been on my bucket list for a very long time and didn't disappoint! And the #PeruCrew2018, Caitlin, Thibault, Forest, and myself, is a tried and true travel team! I was more than excited! 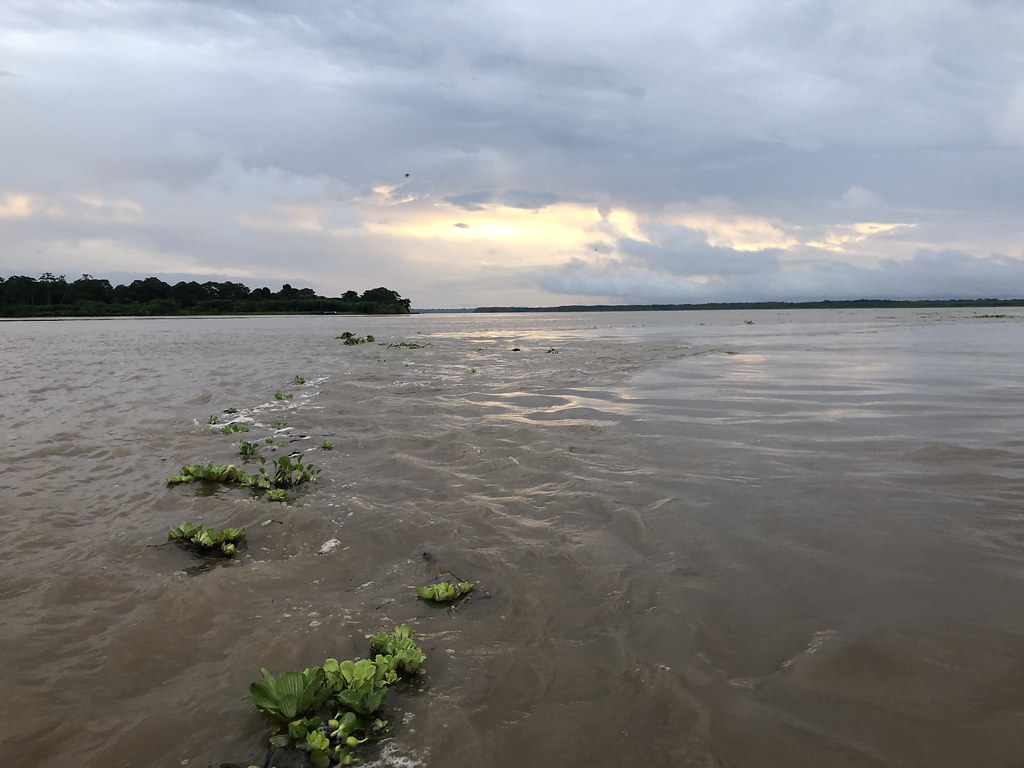 We started and ended our trip in the capital city of Lima. From here we flew to Iquitos, the gateway to the northern Amazon jungle and a town only accessible by plane or riverboat. It was pretty incredible flying over the Andes Mountains, they are so high that it looked like our plane was just barely above them! 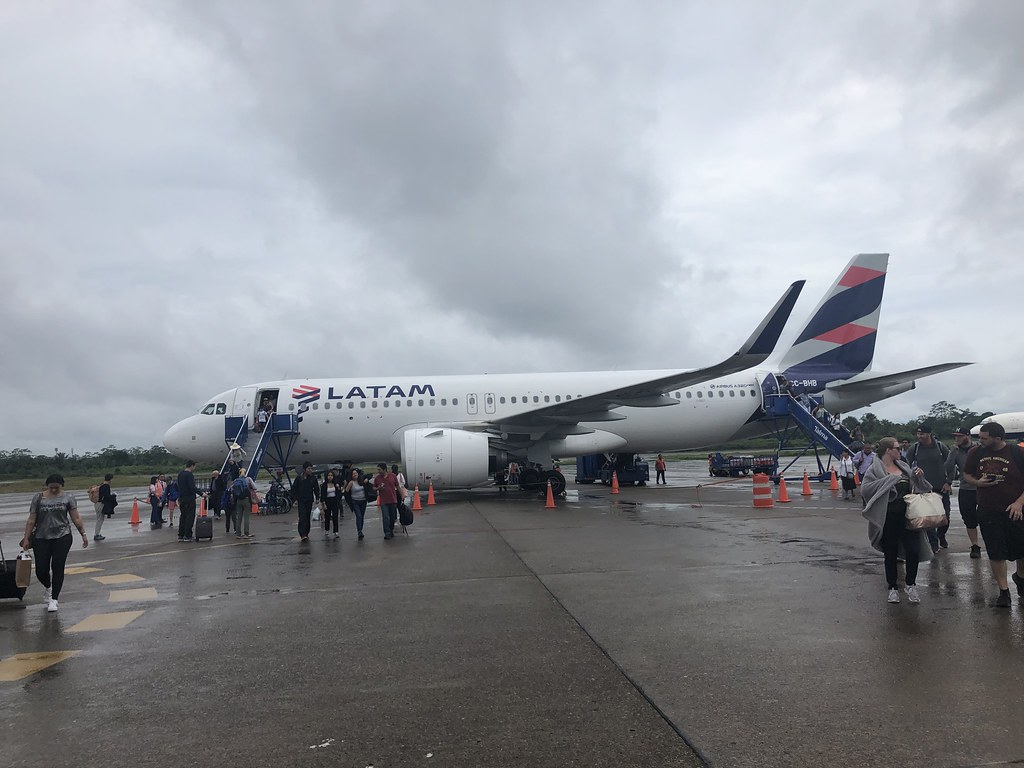 We had chartered our boat, the Cattleya, which came with a full crew, thru Rainforest Cruises. When we landed in Iquitos we were met at the airport by our naturalist Hilde and loaded into a private van. Originally we were to immediately take off for the 1 1/2 hour drive to Nauta for boarding, but the boat wasn't quite ready for us so Hilde took us into the town for lunch. 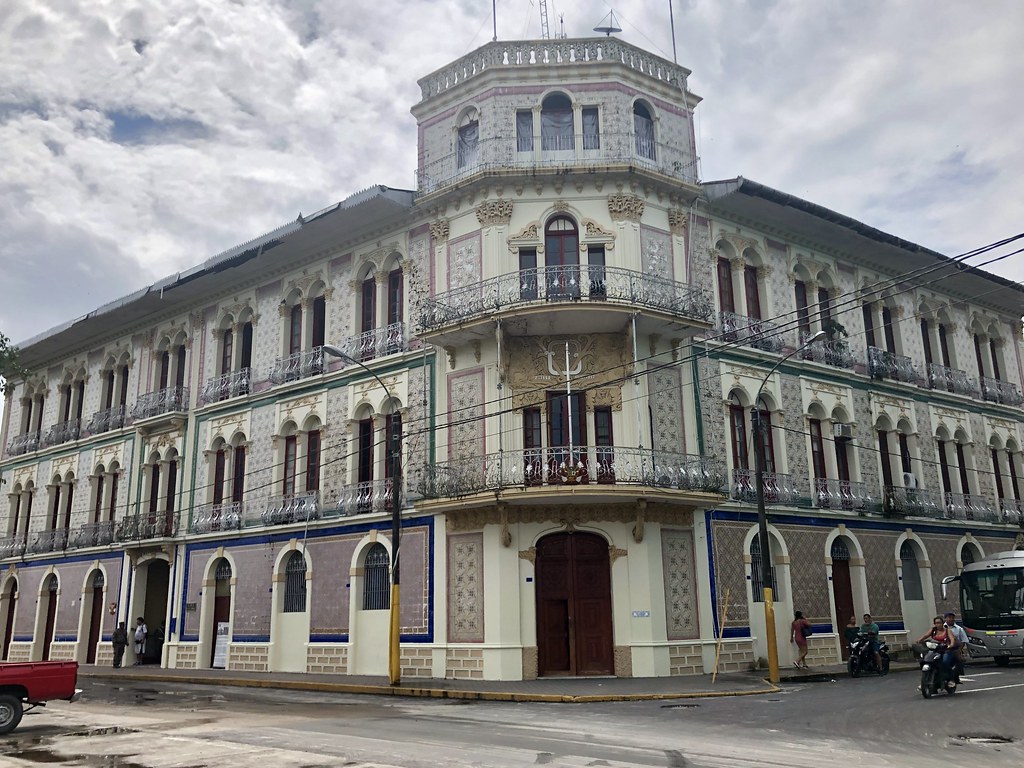 The town of Iquitos is quite cute, it reminded me a bit of Havana with it's pretty buildings slowly crumbling from lack of funds and infrastructure. Many of the buildings have incredible tile work that looked very similar to what I've seen in Lisbon. 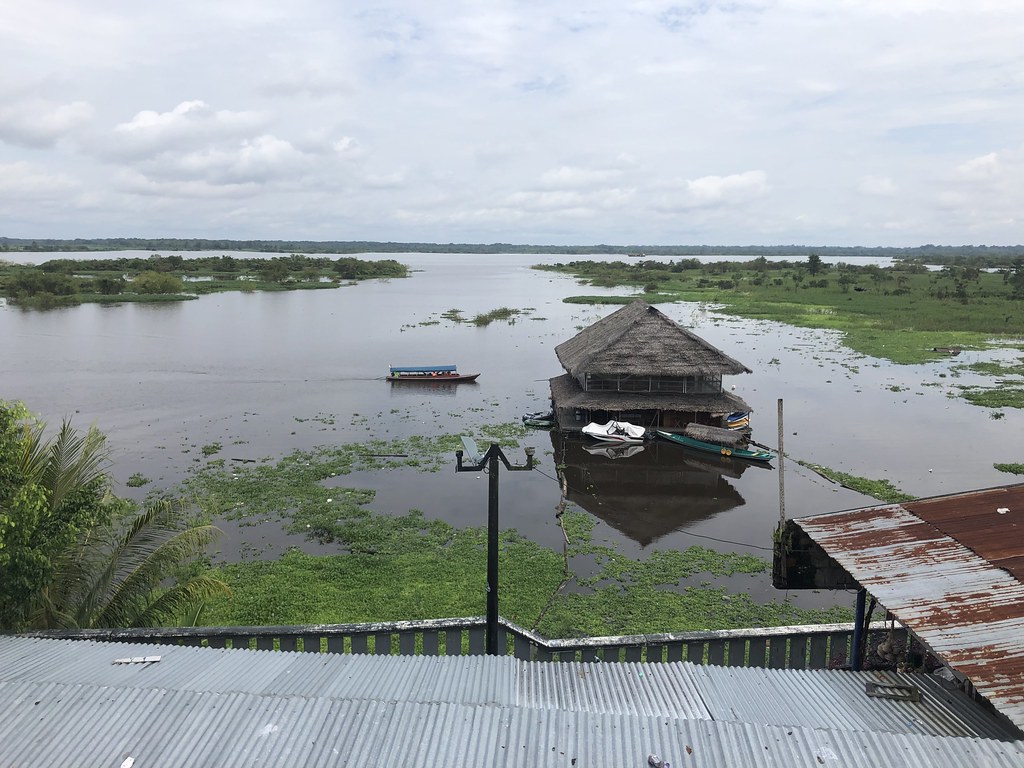 On the river the houses are built on stilts. Since we were there in December, which is considered the wet season, the river was high and people used their boats or canoes to get around. These same houses would be surrounded by ground during the dry season. Incredible!

We had a very good lunch, and a few rounds of pisco sours, at Restaurant Fitzcarraldo, named for the movie which took place here. And then finally we were on our way to Nauta, the roads filled with tuk tuks and motorcycles, passing dirt lanes which led to neighborhoods of corrugated metal shack homes. 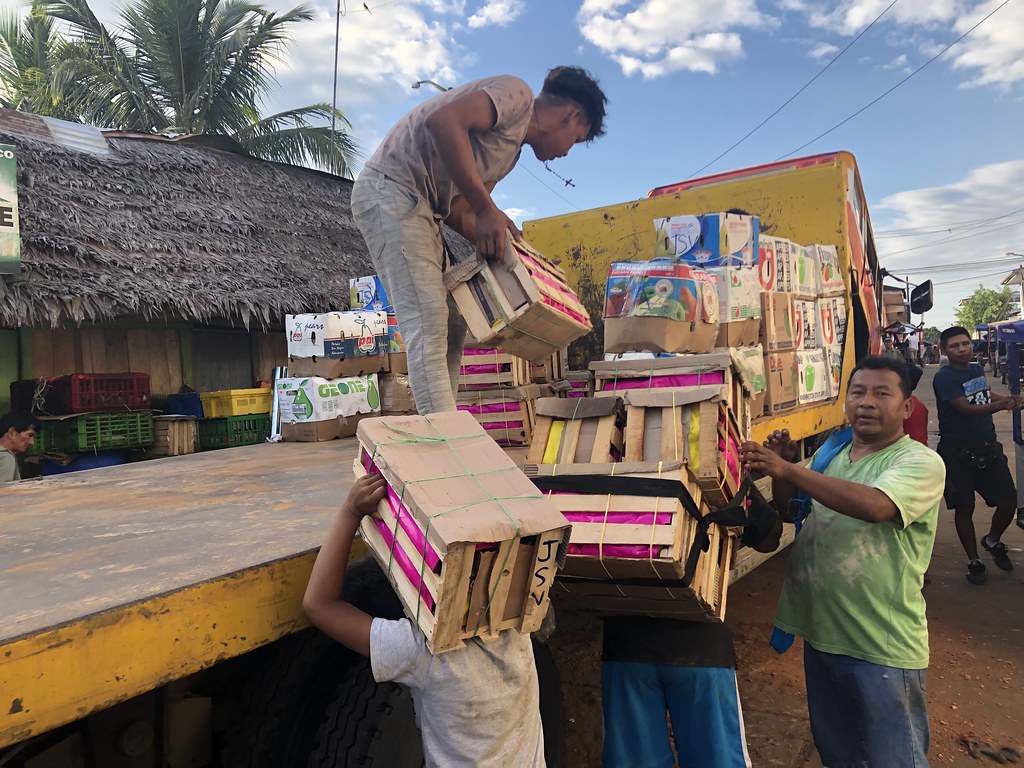 When we arrived in Nauta, I think we were all a bit surprised by the extreme poverty. There were dirt roads, thatched-roofed buildings, children running around shirtless and shoeless. There was no marina or even a real dock, just a mud bank busy with taxi boats and motorized canoes, loaded down with fruit, charcoal, and people. 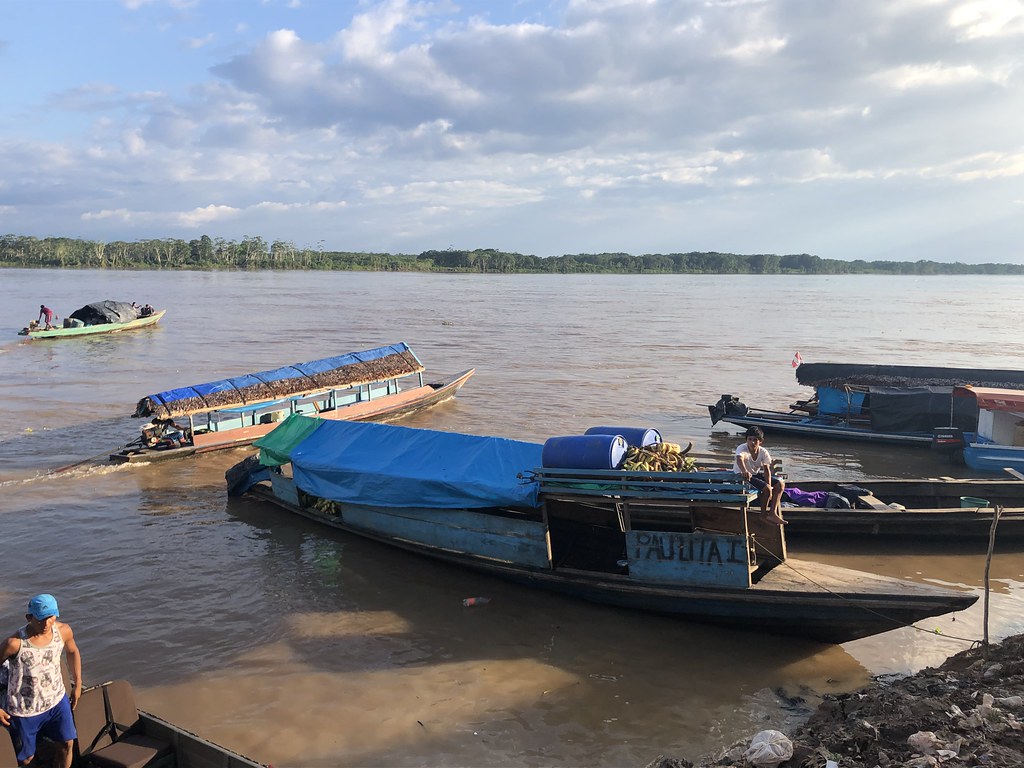 We were helped into our skiff, along with our luggage, and motored across the Marañón River, a major tributary of the Upper Amazon, to the M/V Cattleya. 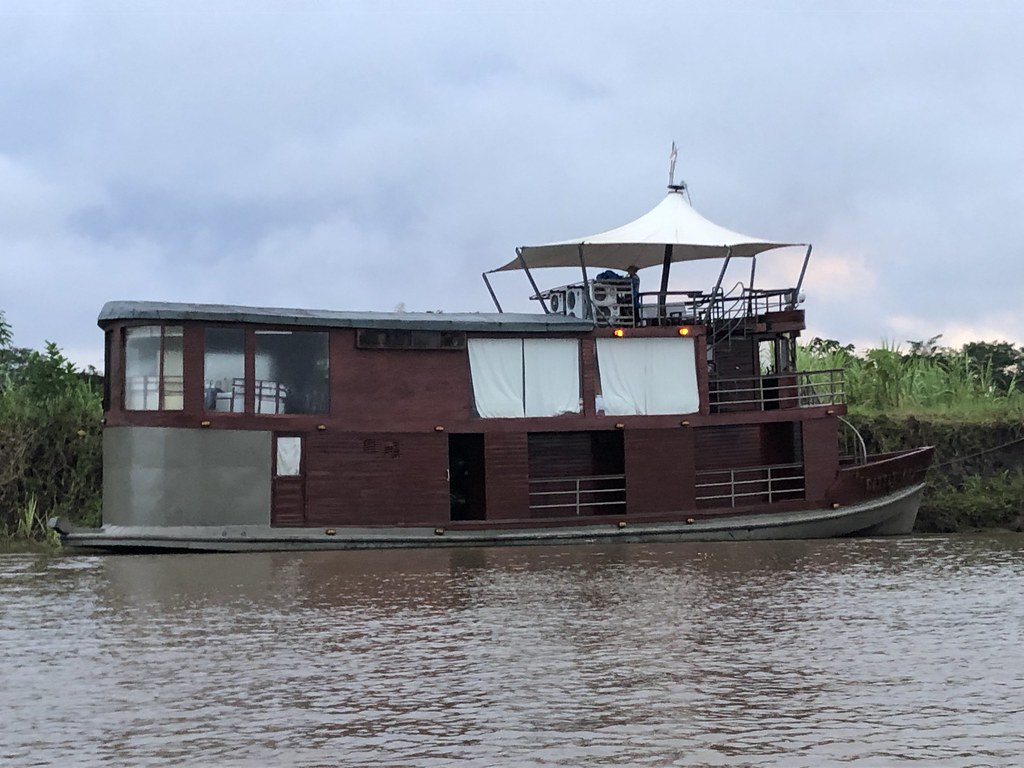 Our 75.5 foot boat had 8 crew members, 4 cabins, each with their own bathroom, as well as an observation deck, bar and dining room. We were super excited to have the entire boat to ourselves! My room had a huge King size bed and floor to ceiling windows; I couldn't wait to watch the views of the river! As we got settled, our bartender Ronnie came to each of our rooms with some delicious fresh juice and cold towels. 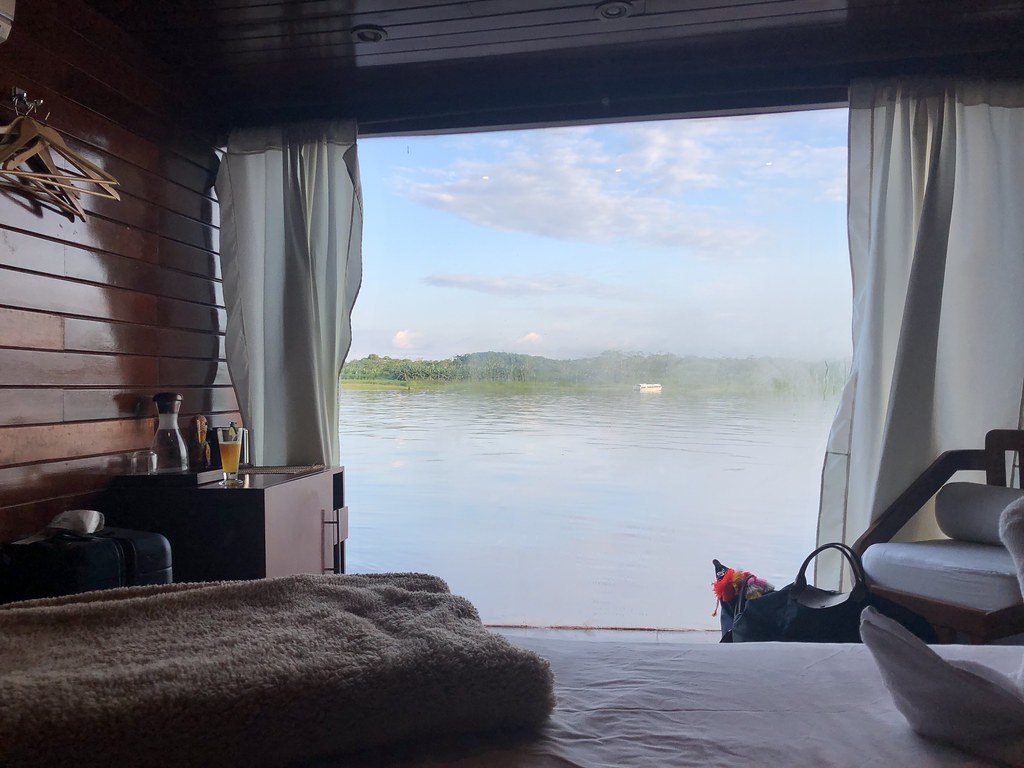 We would sail during the day, but moor at night. These rivers are very swift moving with lots of downed trees that can be very dangerous to boats. 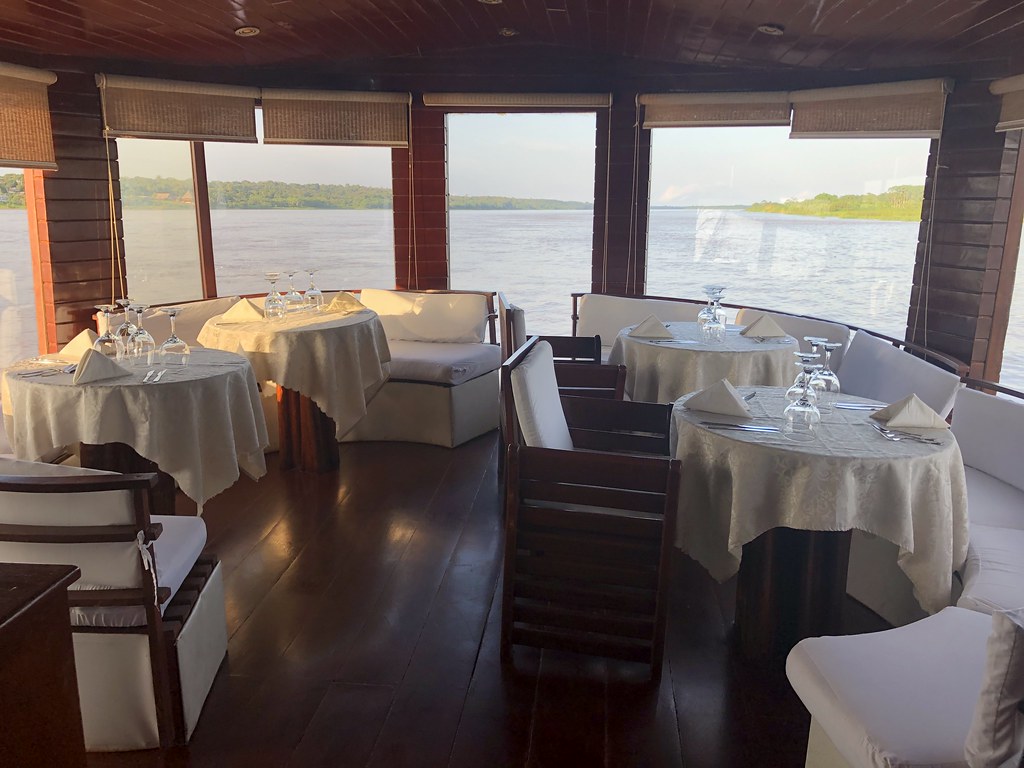 After settling in and exploring our boat, we had Ronnie make us a round of pisco sours and Forest set up a 1000 piece puzzle of Machu Picchu on one of the dining room tables. As we sat down to dinner we could tell that the boat was having problems with the A/C. Not something that we wanted to deal with in 100% humidity! The lights also started having some issues. Luckily my room's A/C and lights were working fine so we all gathered there after dinner for nightcaps.

It wasn't the best start, and the replacement came from the mainland at some god-forsaken time the next morning, but it was fixed! 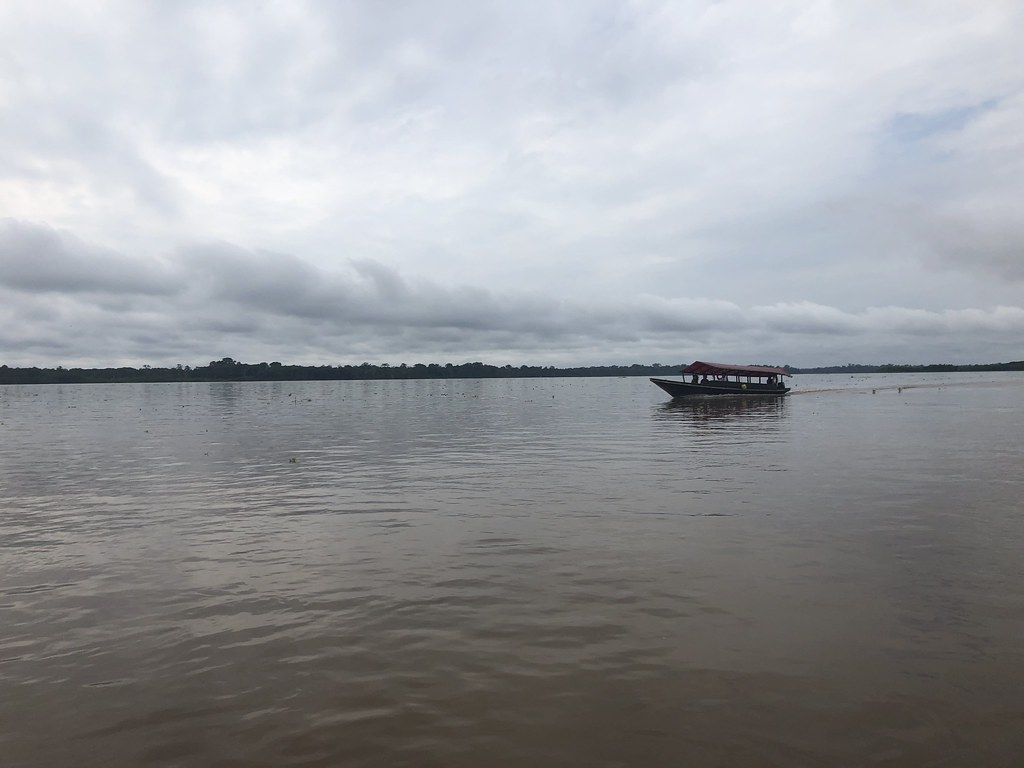 Our daily breakfast was an assortment of fresh fruits, yogurt, cheeses, meats, fresh juice from various Amazon fruits, bacon, grilled hot dog (??), and freshly cooked eggs. The coffee was terrible but the rest was great.

That first morning after breakfast, we boarded the skif and made our way on the Ucayali River to the Pacaya-Samiria National Reserve for a 2-hour hike thru the jungle. This protected area of the Amazon jungle is 8,000 square miles large and is home to over 449 bird species, 100 mammals, 69 reptiles, 58 amphibians, 256 fish and 1,204 plants!!!

It was very warm and very humid but with mosquitoes acting more like piranhas we were encouraged to cover up fully. Because of the muddy trails, Caitlin and I also borrowed wellies from the boat, they were suppose to have a pair in each our size but didn't. 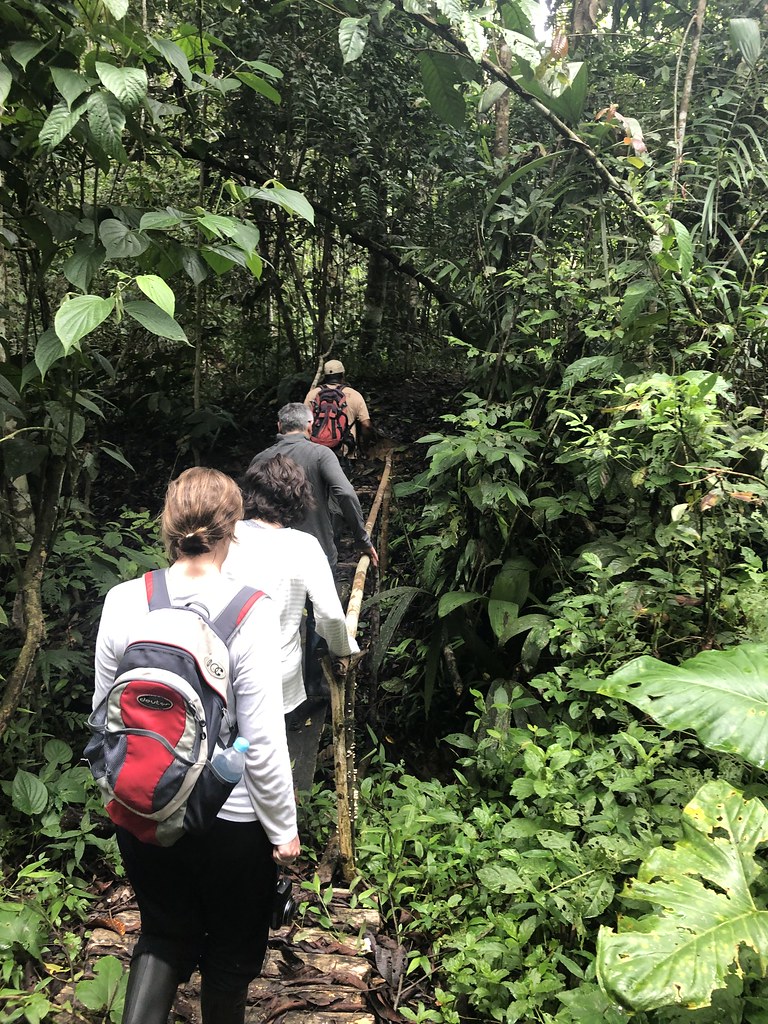 Hilde led us through the jungle, hacking away with his machete when the vines were over growing the path. I've hiked in the jungles of Costa Rica and this was completely different! First off there were no other people anywhere around! Just four of us following a guy with a machete!

With so many species of plants and trees in the rainforest, Hilde did his best to show us as many as possible. He cut into trunks to show us the sap; some rubbery, some reeking of garlic, others of natural camphor. Shamen still live in these areas, treating the locals with natural remedies. 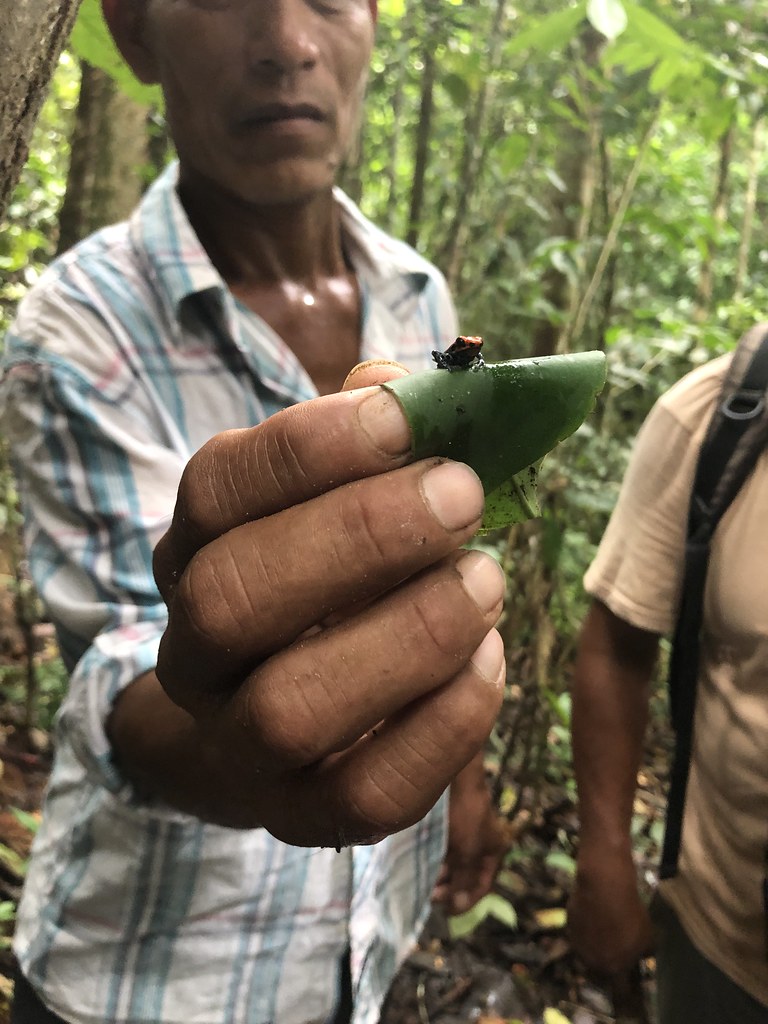 We also met up with a local man John, who seemed to be hired by Hilde to spot things for us. He brought us a poison dart frog, insanely tiny and perched on a little leaf. When we were done taking photos, he let the frog go and we watched it hop away. 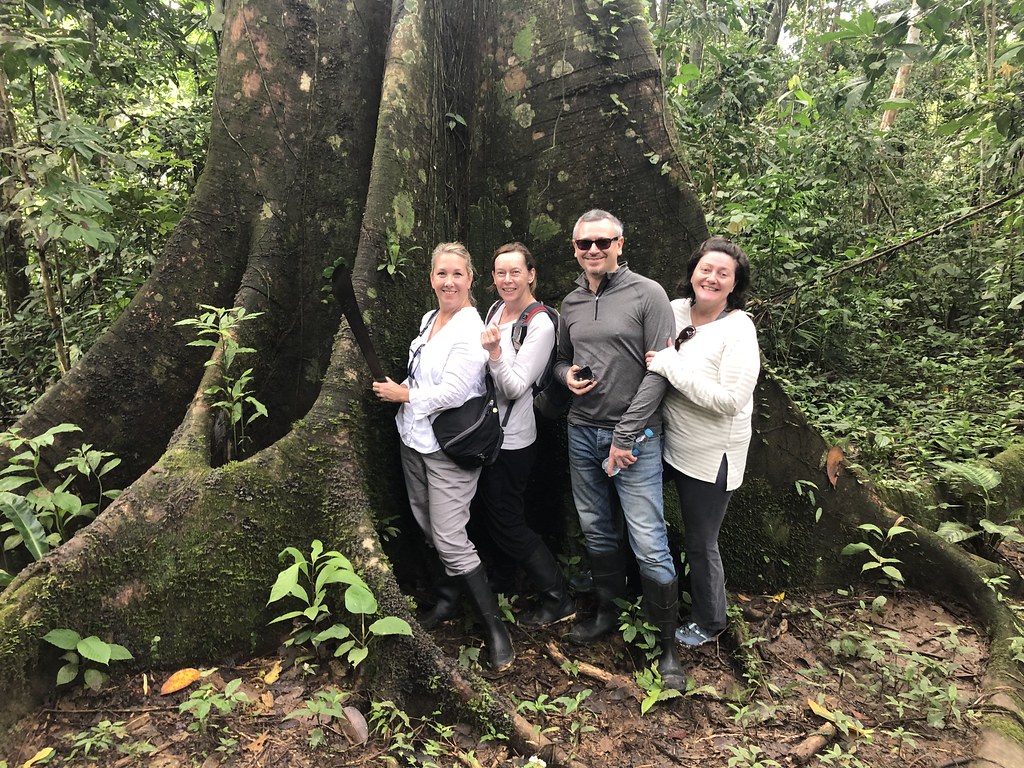 A bit deeper into the jungle, and near an impossibly large kapok tree, John brought us a fruit bat to check out. Again, it was released and flew high up into the tree. 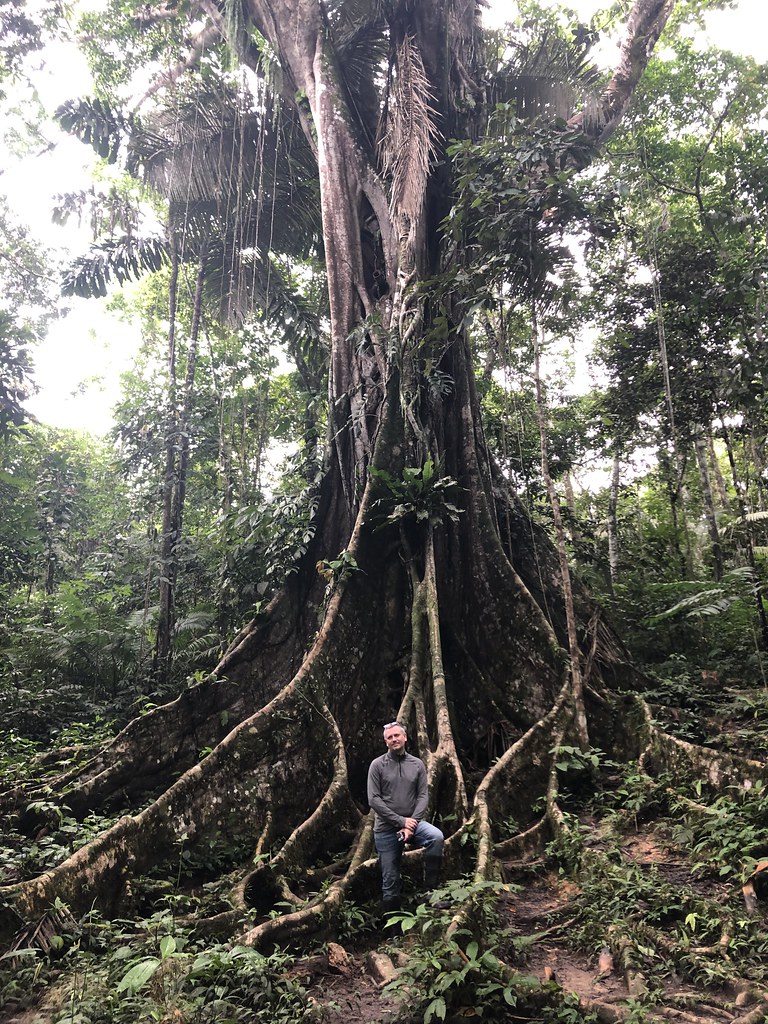 And finally, as we were nearing a stream, we could hear John yelling to Hilde... ANACONDA! We found him off the trail on the bank, pointing excitedly to a very large snake coiled up in the water. Hilde was very excited and encouraged all of us to come down into the stream and take a closer look. "I'm good here, that's what zoom is for!" was my reply! 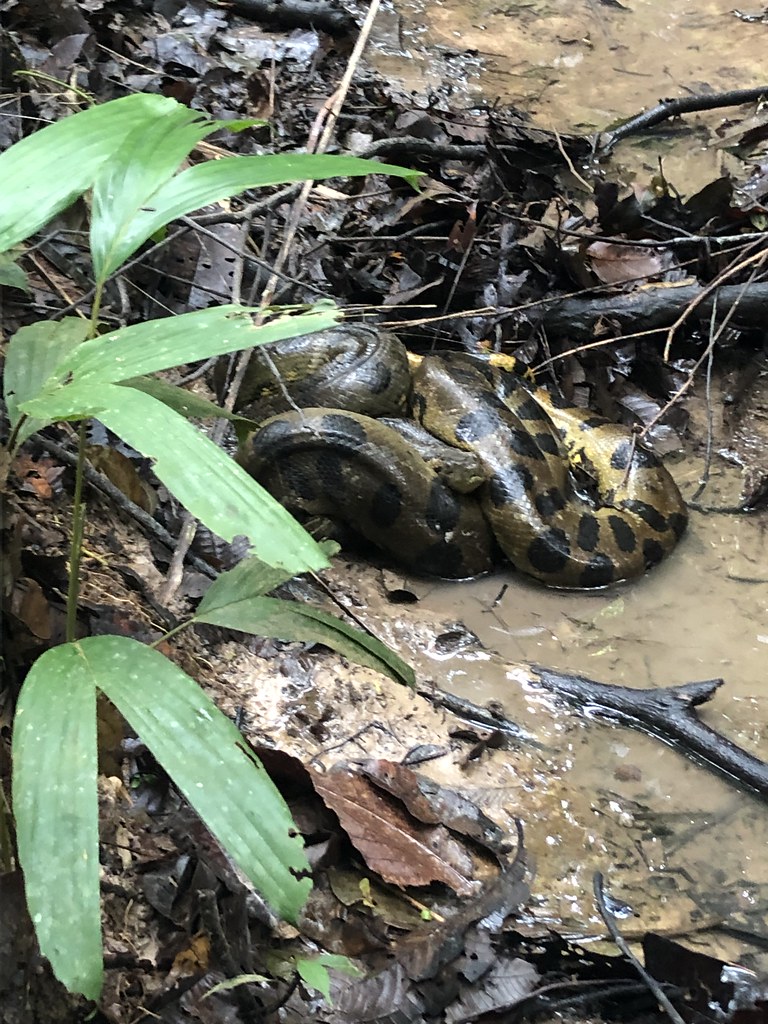 Continuing back on the trail, we were crossing a bridge over the stream and as I looked back at the snake I noticed it was slithering away up a small embankment. And it was pretty damn fast!! Hilde and Thibault took off in chase with videos going while us girls watched from the bridge.

It was a pretty adventurous hike, and it wasn't even lunchtime yet!

All Amazon jungle photos here (including a video of the anaconda).

Other posts from this trip:
24 Hours Miami
Lima City of Kings
Piranhas and Pink Dolphins
Ringing in 2019 in the Amazon
The Sacred Valley of the Incas
Discovering Machu Picchu
Dining at 11700 Feet
Cusco Daytrip
Return to Lima