Sailing Away; Vietnam to Cambodia

Technically we were still on our Mekong Eyes River Cruise Tour but we had left our boat, were picked up in Cái Bè and were on our way to Chau Doc, Vietnam via minivan. After about 2 1/2 hours we stopped for lunch at Cá Sáu Long Xuyên, a crocodile farm and restaurant. 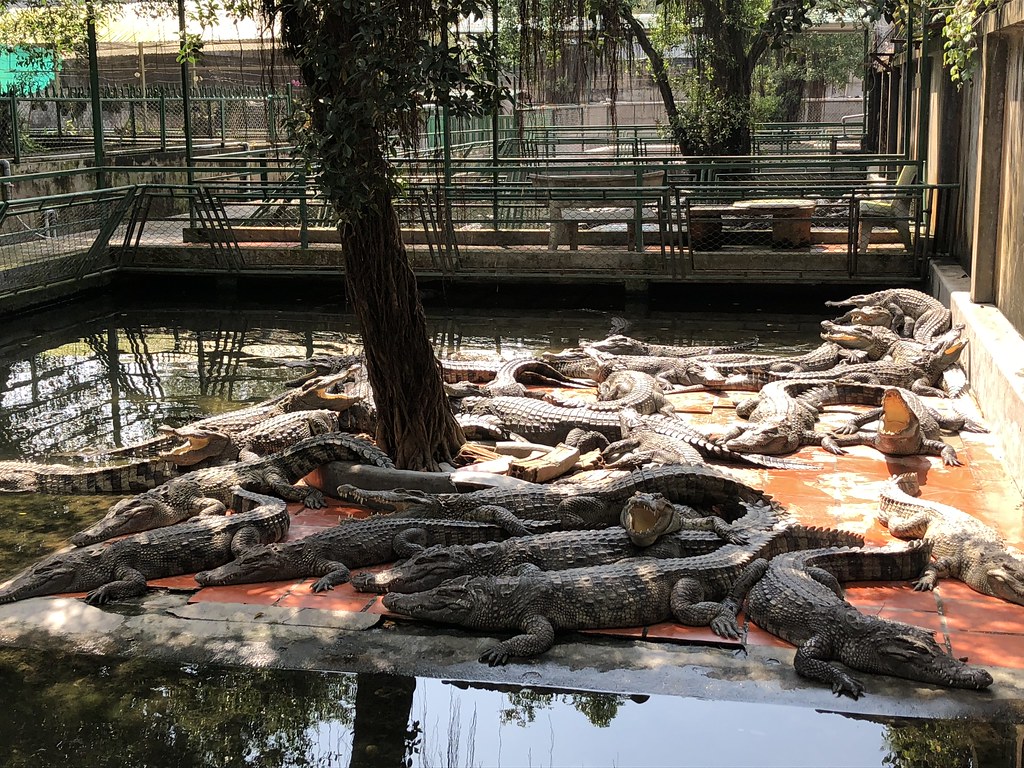 We had a really interesting tour and learned all about this very sustainable resource. The crocodiles are huge. And scary! We also saw some of the babies. Super cute and still scary. We even saw crocodiles having sex. Hot and scary! And then we had lunch. One guess as to what was on the menu! 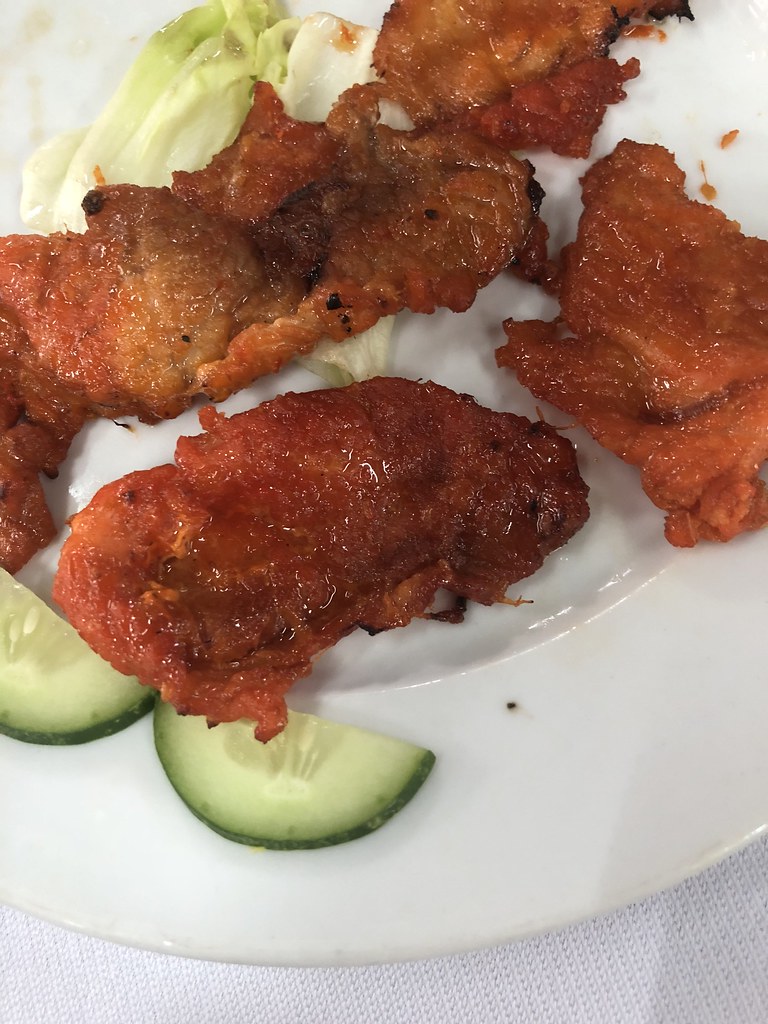 We had another 2 hour drive to Chau Doc, a small town near the Cambodian border. We weren't expecting much when we checked in to the Victoria Hotel as it was a part of our package, but the hotel was excellent! It sits right on the Bassac River, which is a tributary of the Mekong, and is colonial in style. 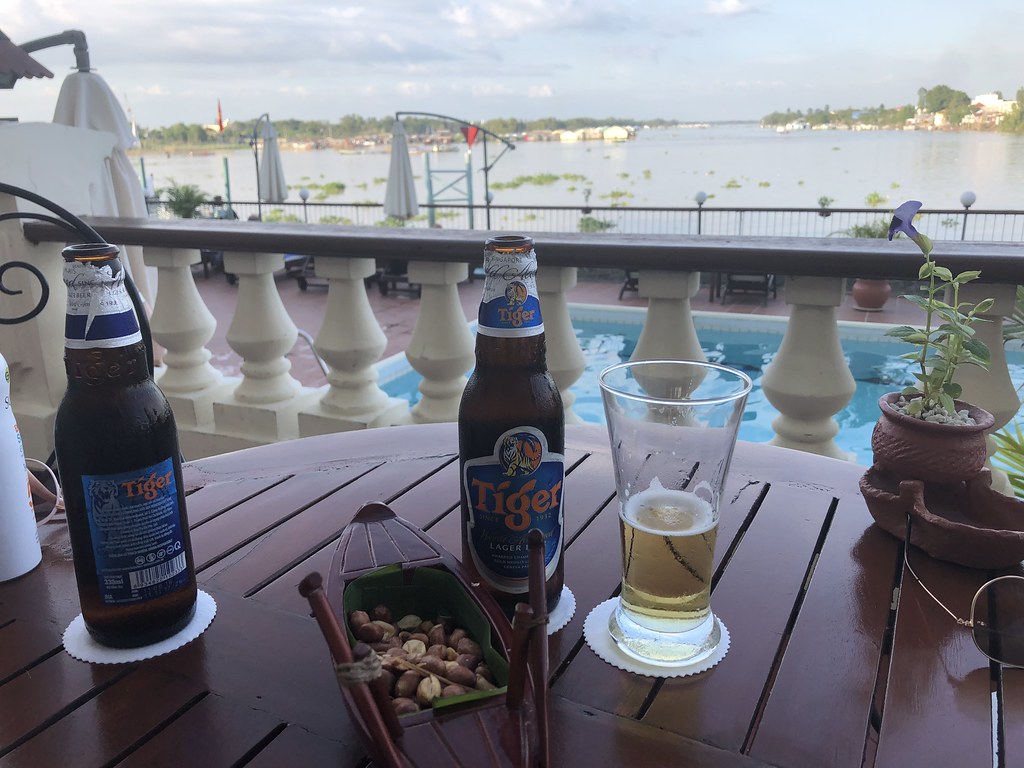 We changed into our suits, met down at the pool, and relaxed with some beers and a view of the river.

As we explored the small town that evening, it seemed that everyone was out and taking advantage of the cool evening. Kids were practicing martial arts, families were strolling, and everyone was eating street food! 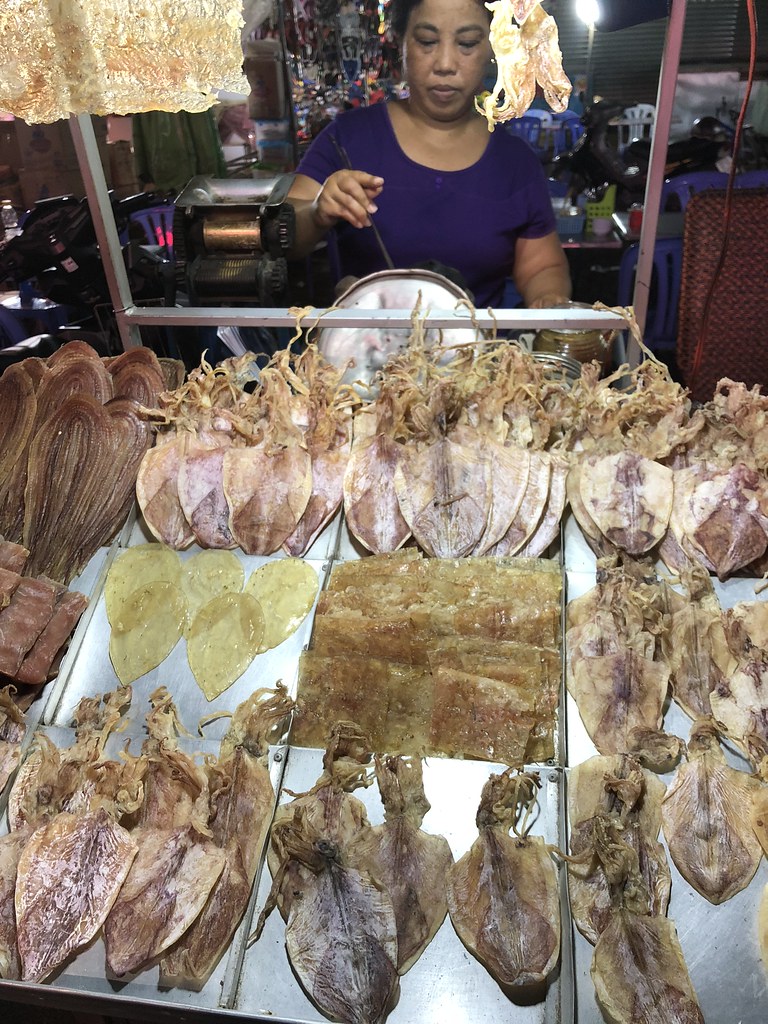 We wandered past lots of vendors, and I finally had a chance to buy some dried squid, which is a snack often had with beer. Quite good! We also bought some bao, bowls of delicious stir fry, and "Vietnamese pizza". All super tasty! 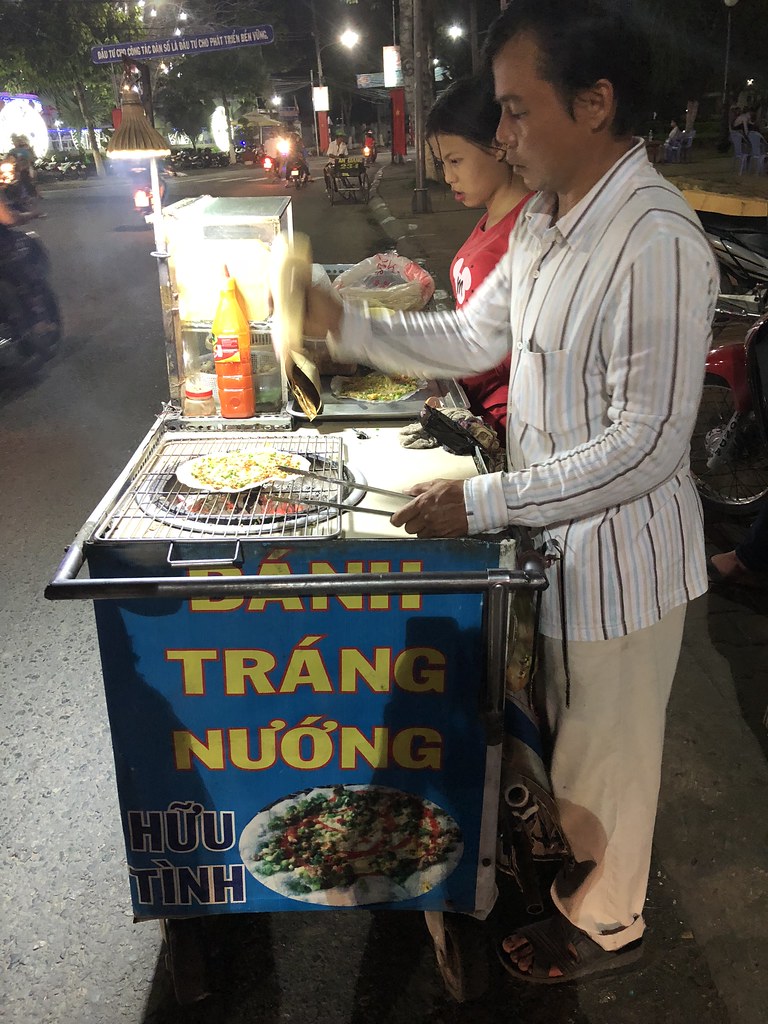 Unfortunately I lost my debit card somewhere along the way, luckily I had another card with me for the trip. The bigger issue, we learned when we returned to the hotel, was that our friend James would not be able to join us for the journey into Cambodia the next day. Turns out that he was 3 days short of having the required 6 months left on his passport before it expired. 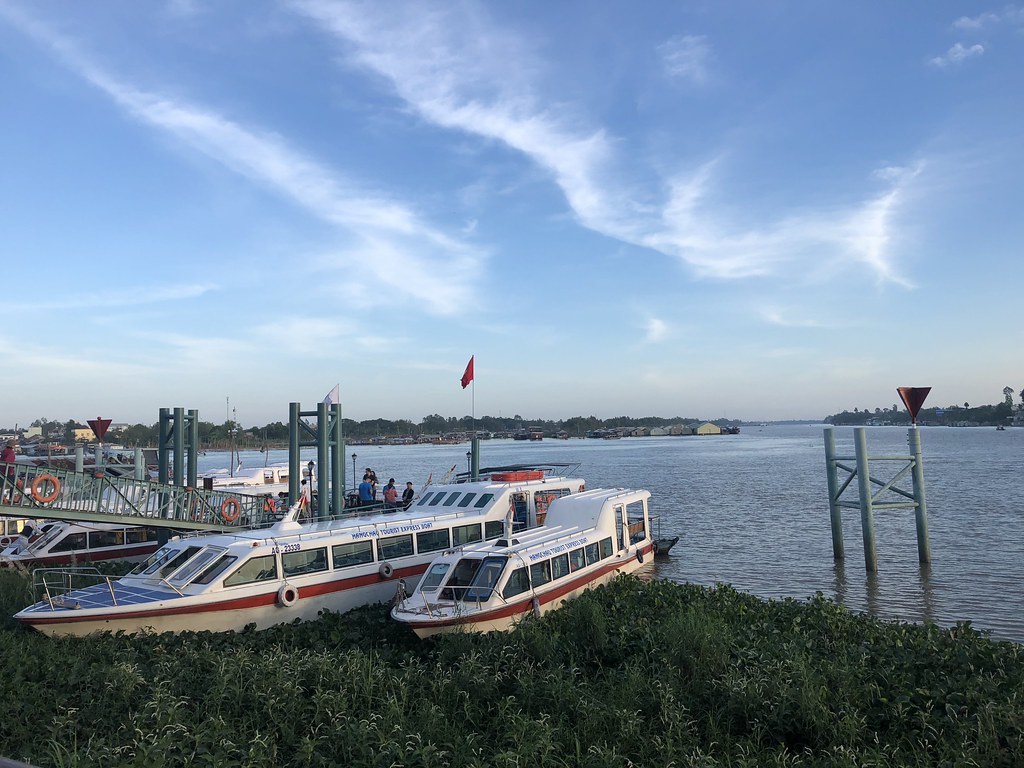 In the morning 4 of us boarded a riverboat while James was taken to Ho Chi Minh City airport to see if he could get them to allow him to fly in. It was a gorgeous day and the boat was small but comfortable for our 5 hour trip. We made stops at customs on both sides of the border where we were fingerprinted and presented the visas that we had purchased through our boat operator. 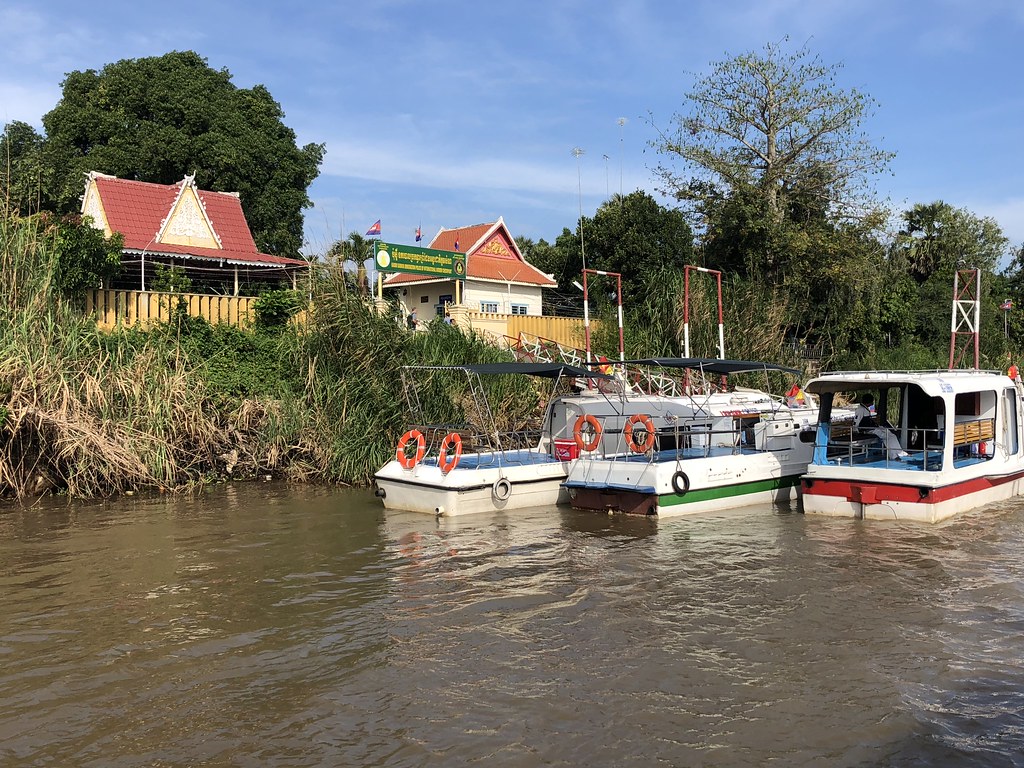 Once we were on the Cambodian side of the river, the poverty was really shocking. The little shacks were surrounded by mainly dirt and debris, and they looked as if they would fall into the river at any moment. 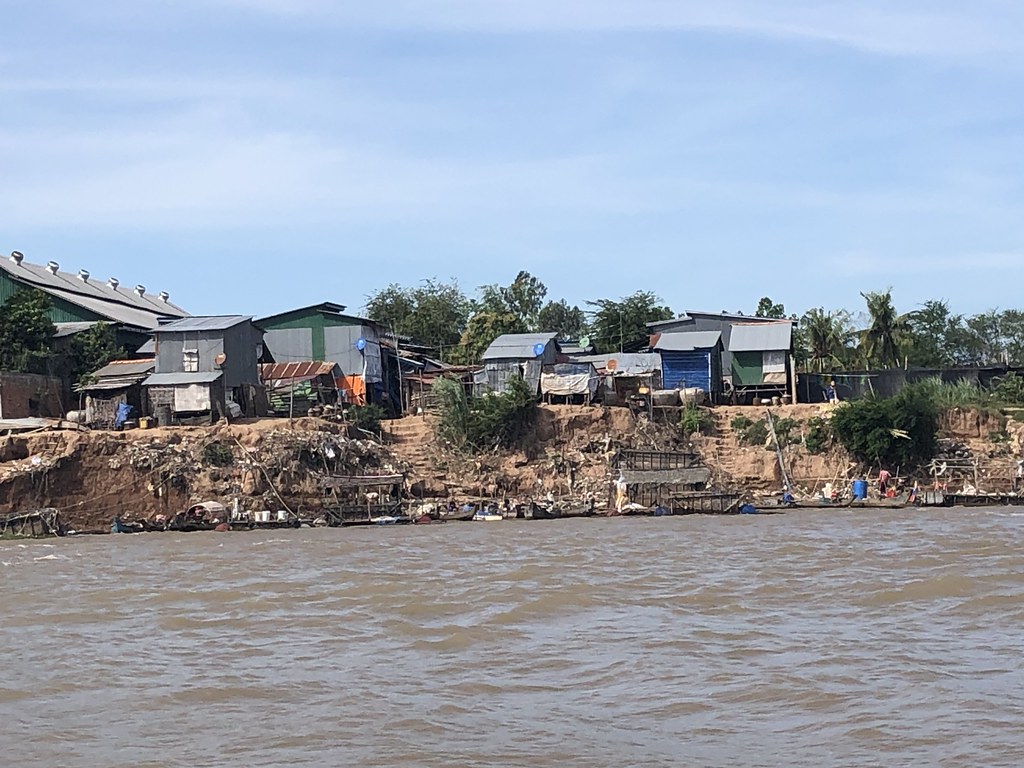 We had brought beers on board, and the operator served us a little lunch. The rest of the time we just hung out on the stern of the boat and watched the scenery. 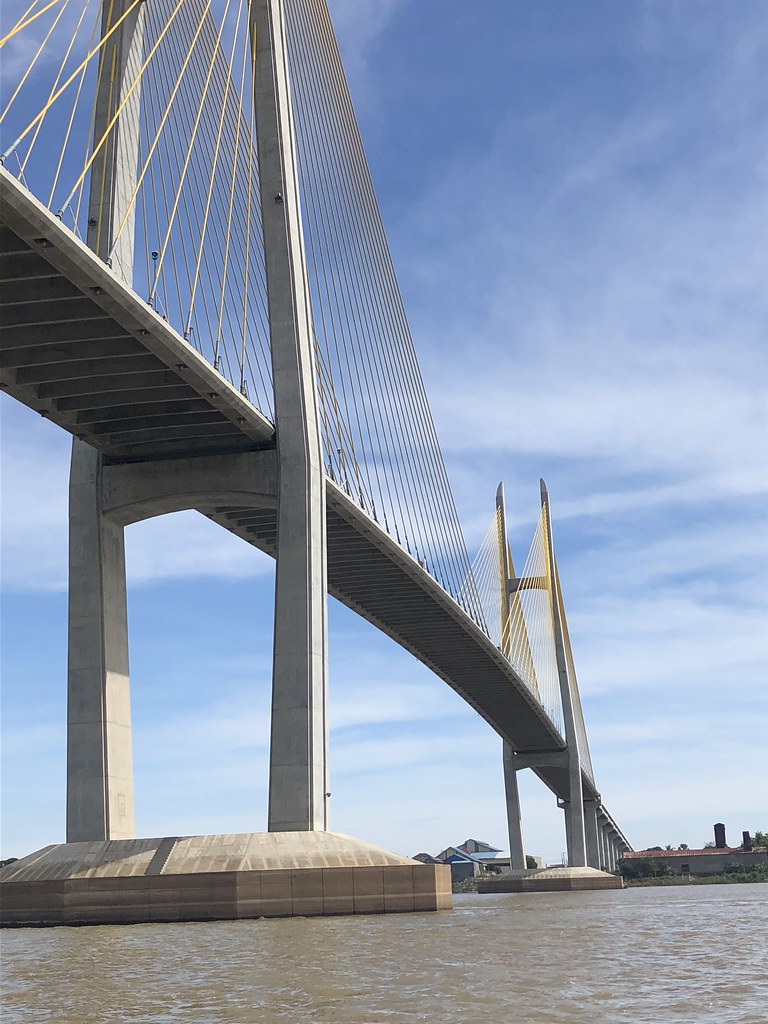 We arrived at the harbor in Phnom Penh just after lunch and were picked up by an arranged taxi and taken to our hotel. It was New Year's Eve and the party in Cambodia was about to get started!