The last time I went on a cruise it had been on this same ship, we sailed from Rome to Nice and our friends Lauren and Paul were traveling with us. This time we sailed from Lisbon to Barcelona with Jennifer and Matt, although Lauren and Paul were scheduled to come they sadly had to cancel at the last minute. We were all very excited for the cruise but it was bittersweet also. 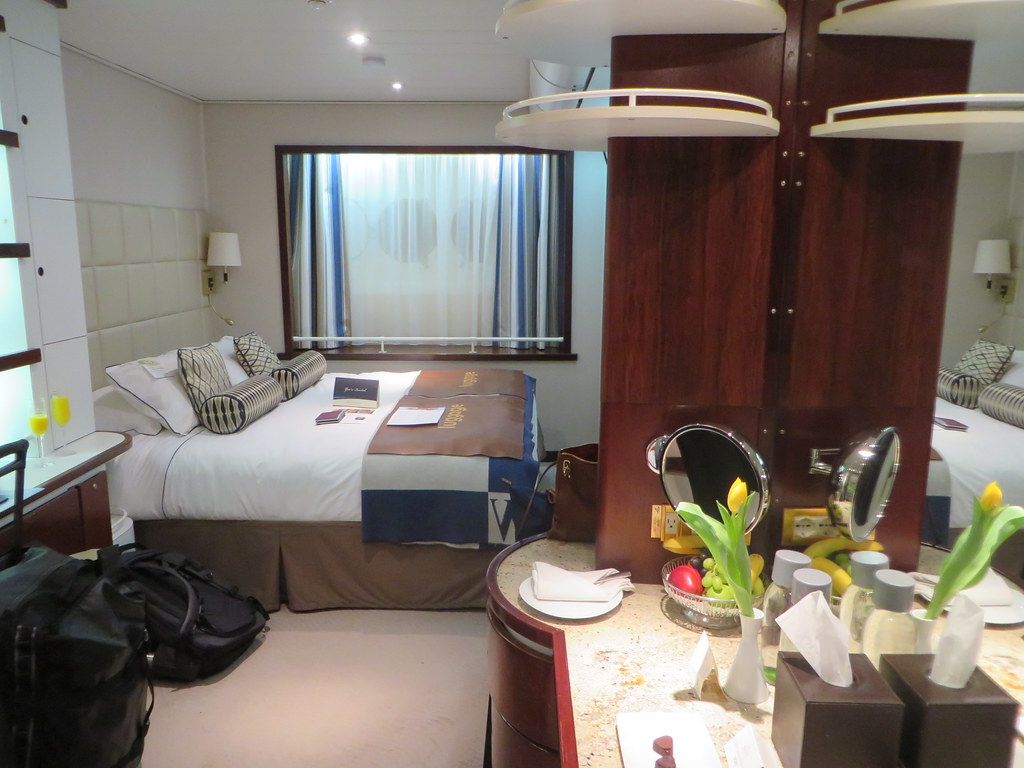 The ship was just how I remembered it. Roomy staterooms (for a ship) and wonderful decks with lots of seating to enjoy the views. And of course 5 masts which unfurled huge white canvas sails. We had the sails up over 90% of our sailing time which was fantastic as they can cut the engines and it is super peaceful.

Our first day on ship was also our only at sea day. Unfortunately it was cold and rainy so there was no sunbathing to be had. But it was nice to have breakfast in bed, get a chance to unpack, and just hang out reading. 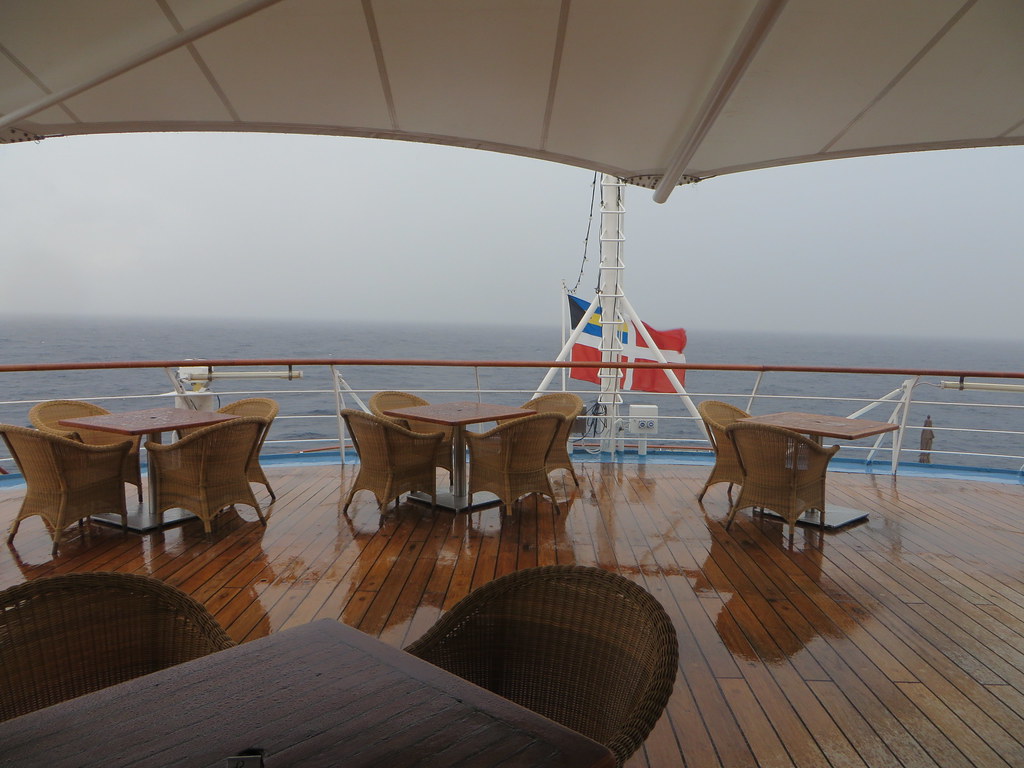 The ship hosted a trivia contest, which we came in 2nd on (giraffes have purple tongues...). While playing we had a little bird visitor, the crew said it sailed with them often. I'm sure he got a much better deal than I did! Matt also entered the poker tournament that the casino held. 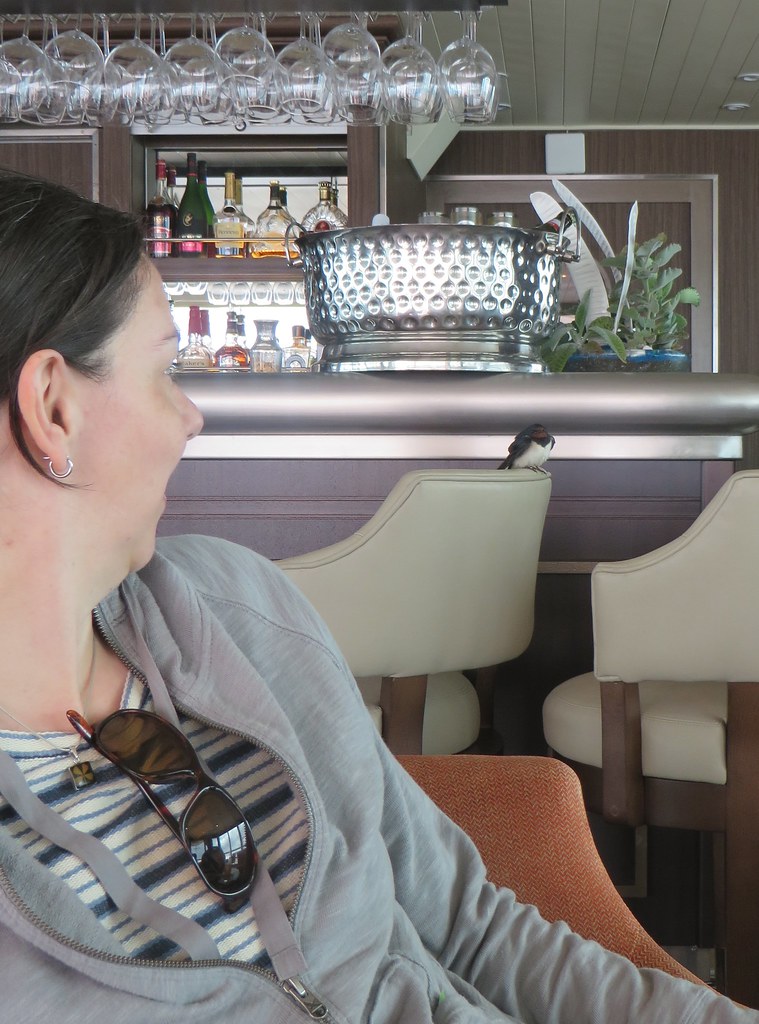 This cruise was specifically a Spanish wine cruise so each afternoon they held a tasting with about 8 different wines. Those wines were then available at dinner and throughout the next day until the next wine tasting. It took us a while to figure this out since we missed the tasting when they were docked in Lisbon. If you kept to these wines they were included in the price we paid. None of the wines were that exciting but we attended the tastings daily and found a white and a red that we liked ok. Also the tastings were fantastic for people watching; imagine folks who drink just a glass or two a week now having 8 glasses before dinner! 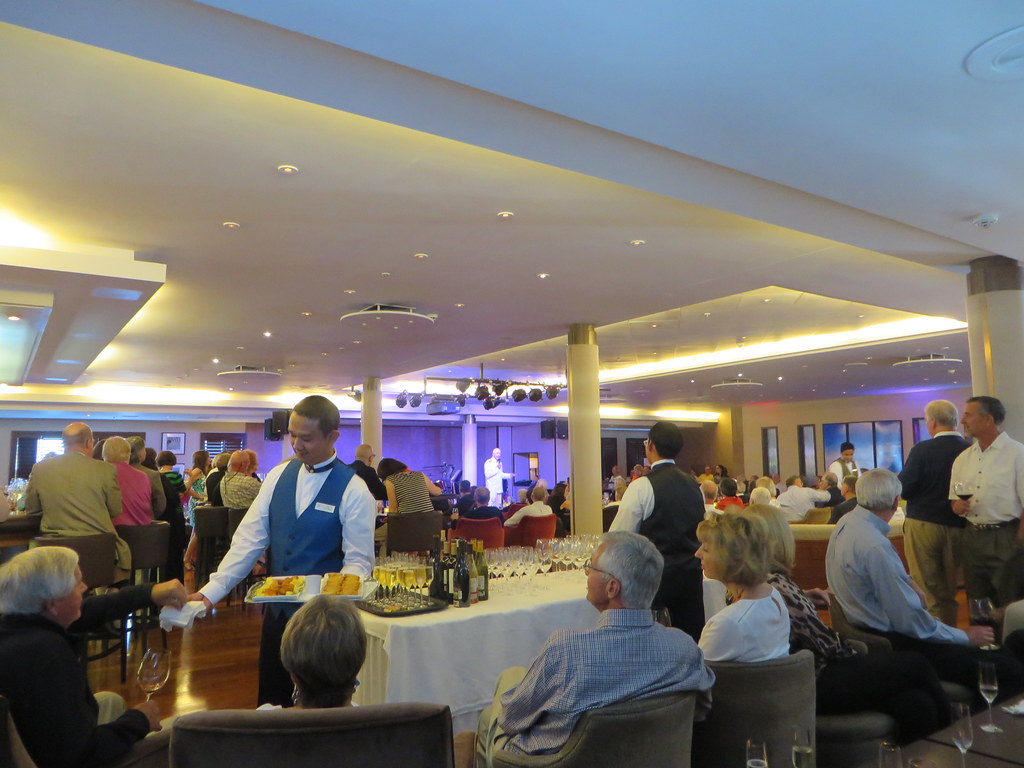 After the daily tasting we got cleaned up for dinner and continued the tradition from the first cruise with a nightly happy hour in one of the rooms. Gin, vermouth, and whiskey brought on board as well as an apero of snacks purchased from each port or delivered from room service.

There was a special dinner that night with wine pairings matched to courses which was quite good. And unlike the first night of the last cruise I was conscious to enjoy it!

We ended our leisurely day in the casino playing blackjack. Although our ship would pass through the Strait of Gerbralter at around 3am, no one stayed up to watch as the captain had said we'd be pretty far from land without much to see.