From Honky Tonk to Hipsters, Nashville

I had been wanting to go to Nashville since I read about The Patterson House, a speak-easy style cocktail bar that opened in 2009. Then during Tales of the Cocktail in 2010 I had the opportunity to meet Josh Habiger who was heading up the cocktail program there, and he told me about a lot of cool things happening in his town, which made me want to go even more! 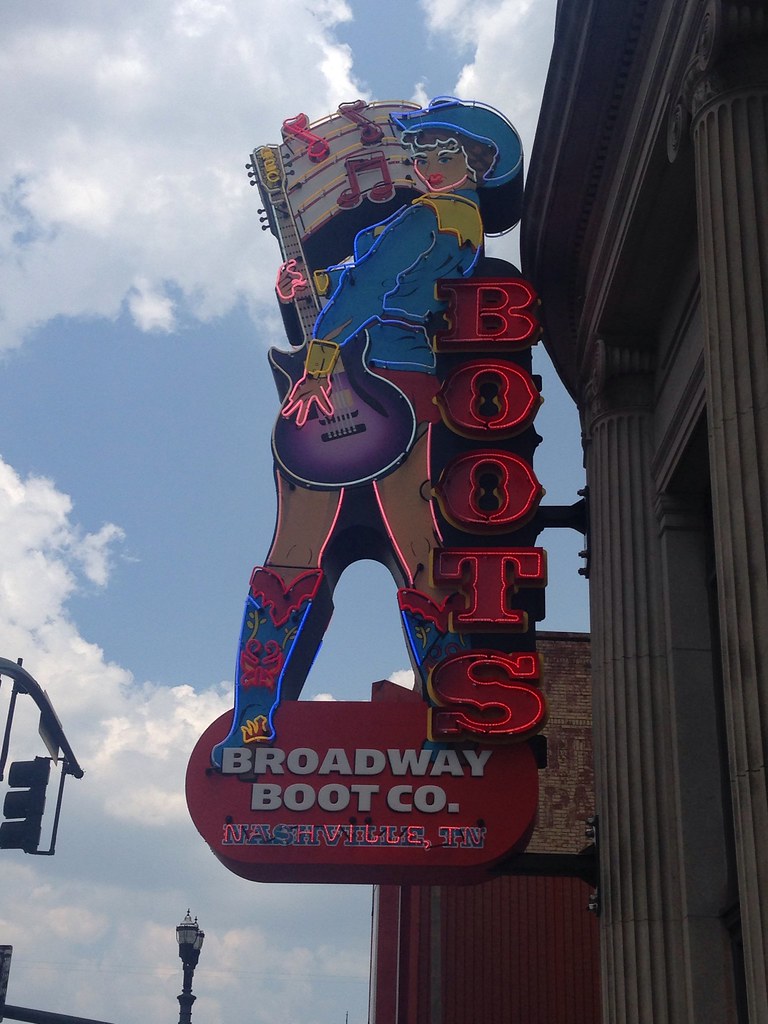 For the last few years it has seemed like I couldn't pick up a magazine without seeing an article about the Nashville food scene. I just had to go! I had to get a reservation at The Catbird Seat! 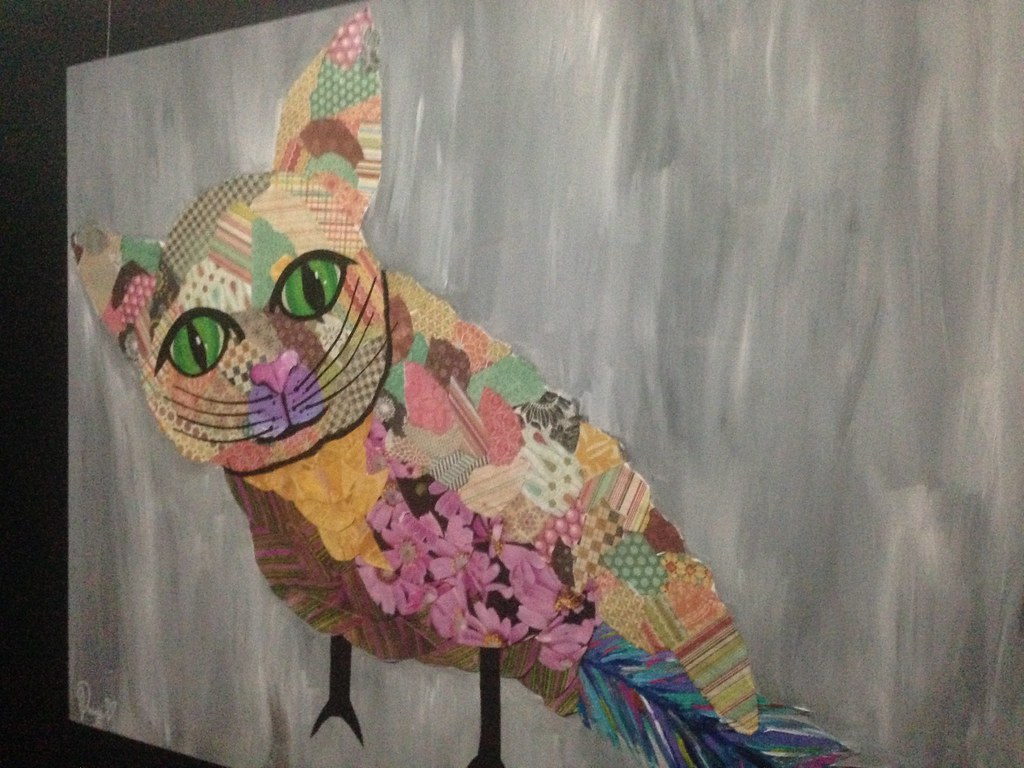 So finally I talked my girlfriend Judy, who lives in Indiana, into joining me for a long weekend. We got ourselves this cutest Airbnb and I cashed in some miles and flew out to the Music City. On a whim, my brother decided to come out for the weekend as well! 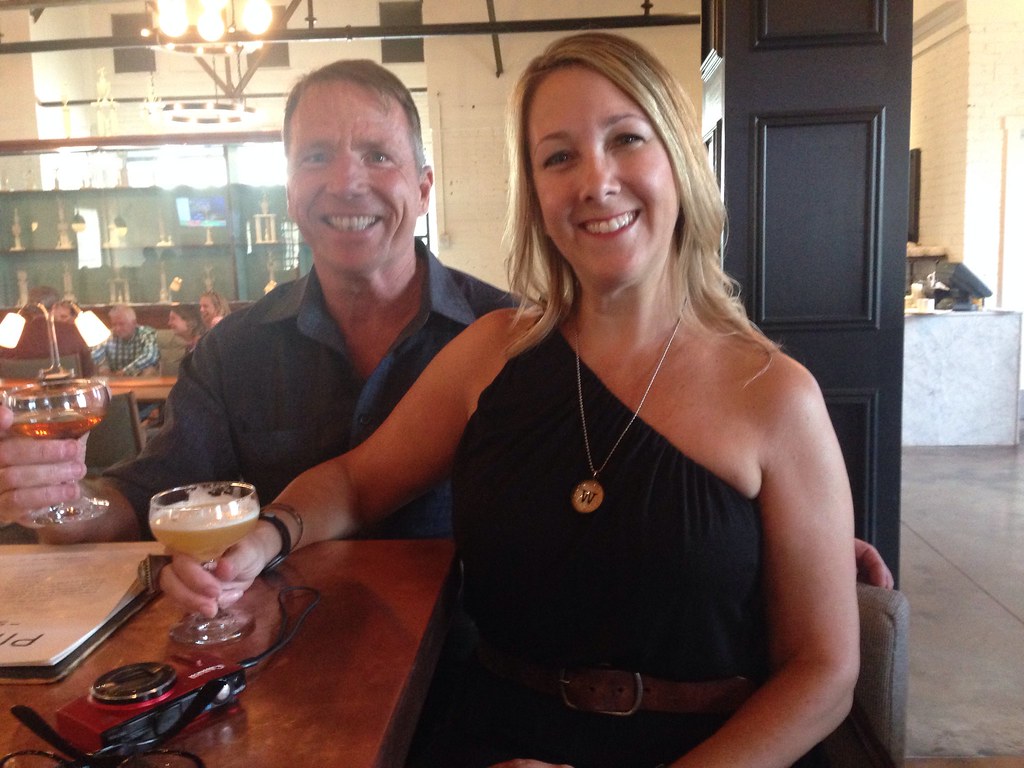 My flight arrived late so our plans to go out that first night were squashed but thanks to the traveling bar Judy had brought with her we were able to catch up over cocktails in our comfy living room. Our Airbnb was in East Nashville, you definitely need a car to get around as the city is pretty spread out, but everything seems to be about 20 minutes from each other. And they have Uber and Lyft services too! 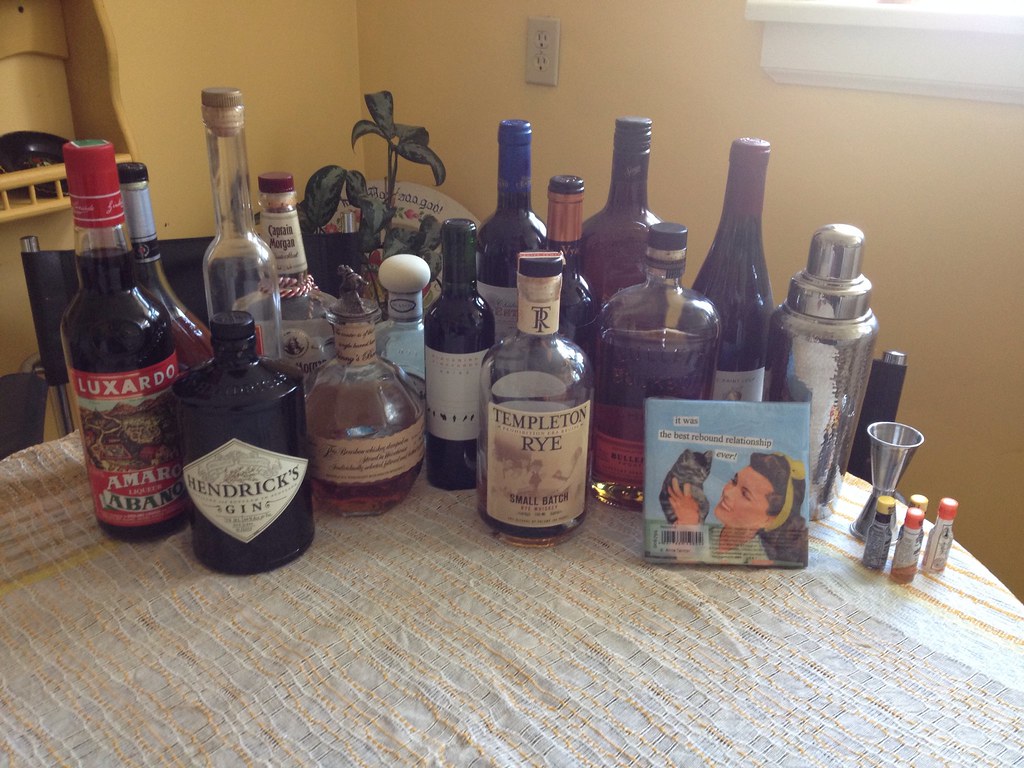 On my first full day, we dove into Nashville mouth first!

Hot chicken, a Nashville invention of fried chicken painted with varying degrees of spicy pepper sauce, was my inaugural lunch. We lined up at Hattie B's, amongst locals and other tourists, all hungry for crunchy, spicy, fried chicken. There's an art to ordering, we picked it up by listening to others and were rewarded by compliments from our cashier. The south is full of politeness! Small dark, medium, baked beans, coleslaw, extra pickles, unsweet tea, for here. Thank you very much. 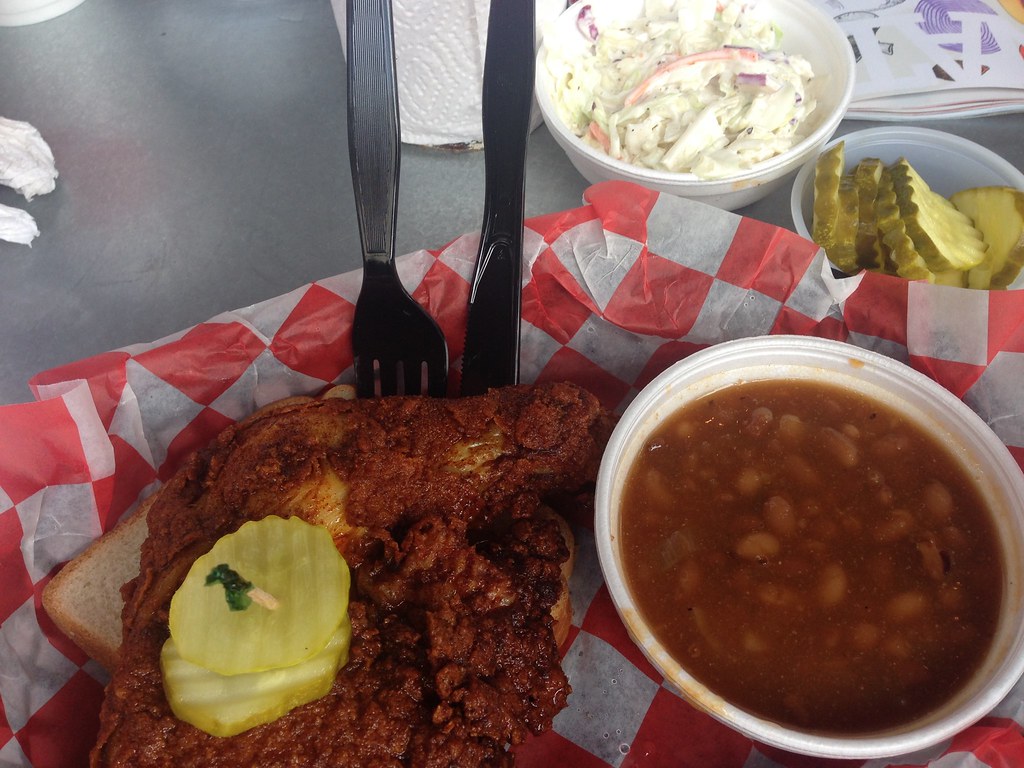 Oh yeah! We grabbed seats at a communal picnic table outside and dug in. The white bread on the bottom is great for soaking up spicy juices. The pickles are great for cutting the fat and the heat! One of the guys next to us was having a piece of "Shut the Cluck Up" which is the spiciest. He was sweating pretty heavily!

After lunch we headed to the Nashville Farmers Market. The market is open daily and is a collection of farm vendors, small stores, craft booths, and food stalls. All the farmers displayed their goods in baskets on low tables; rows and rows of peaches, tomatoes, corn, etc. 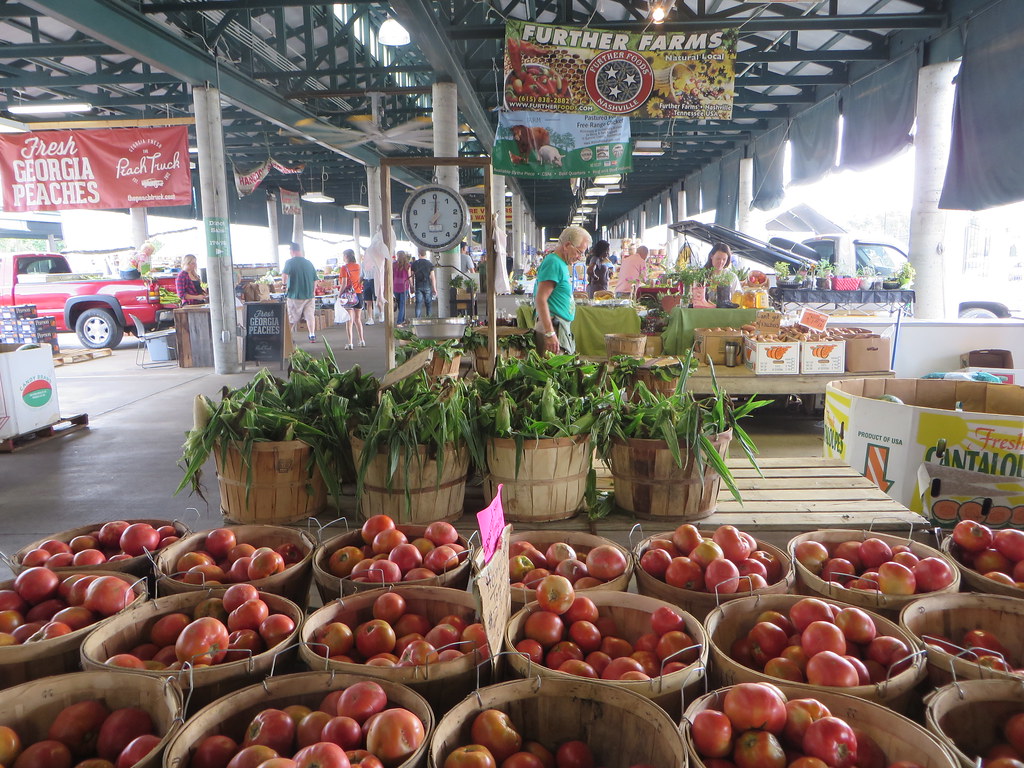 We wandered the market for a bit and then headed home but not before Judy introduced me to the best coffee drink ever at Crema. Serious hipster baristas mixed us coffee sodas of iced, carbonated coffee, simple syrup, and orange zest. Sounds fine but tastes divine!!!! The coffee at Crema was absolutely amazing hot and iced, I bought some to bring home. Like coal to Newcastle...

We enjoyed a little rest, relaxation, and rosé on our Airbnb's front porch before getting ready to head out for the night. 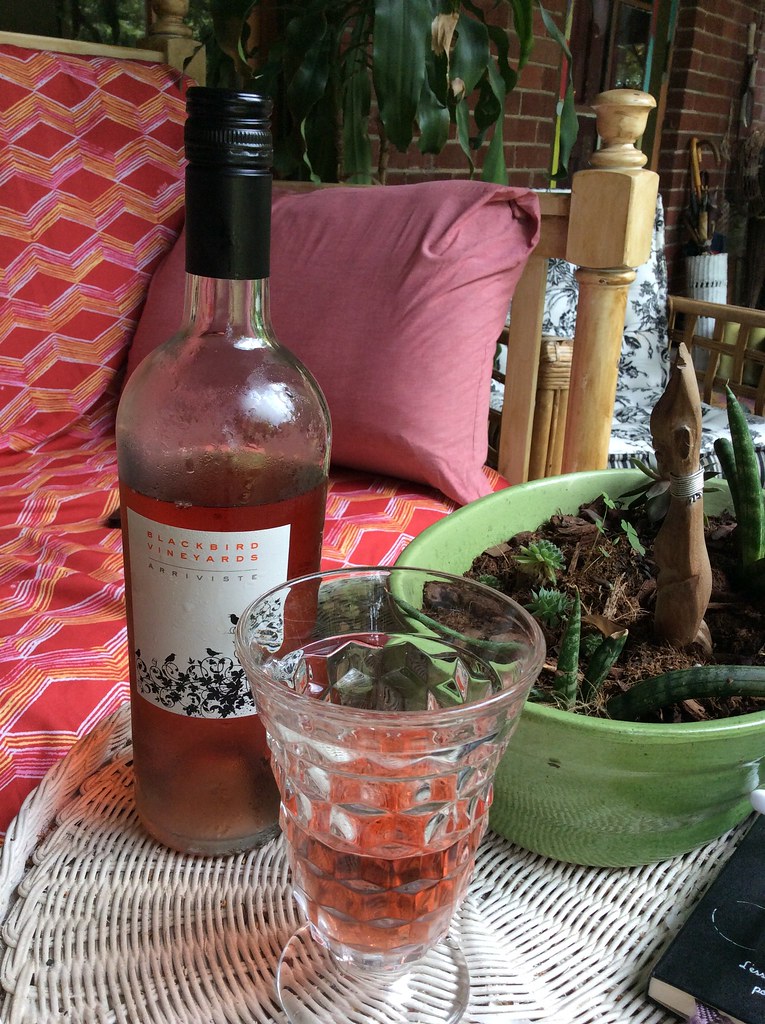 Pinewood Social, everyday should start and end here! Pinewood is a huge restaurant, coffee shop, bar, bowling ally, outdoor game space, taco truck in the yard, plunge pool, you name- they are it- kind of place. Over the course of our days we had coffee, brunch, and on this night, cocktails here. Oh, and a special behind the scenes tour by Josh who is heading up all that awesomeness! 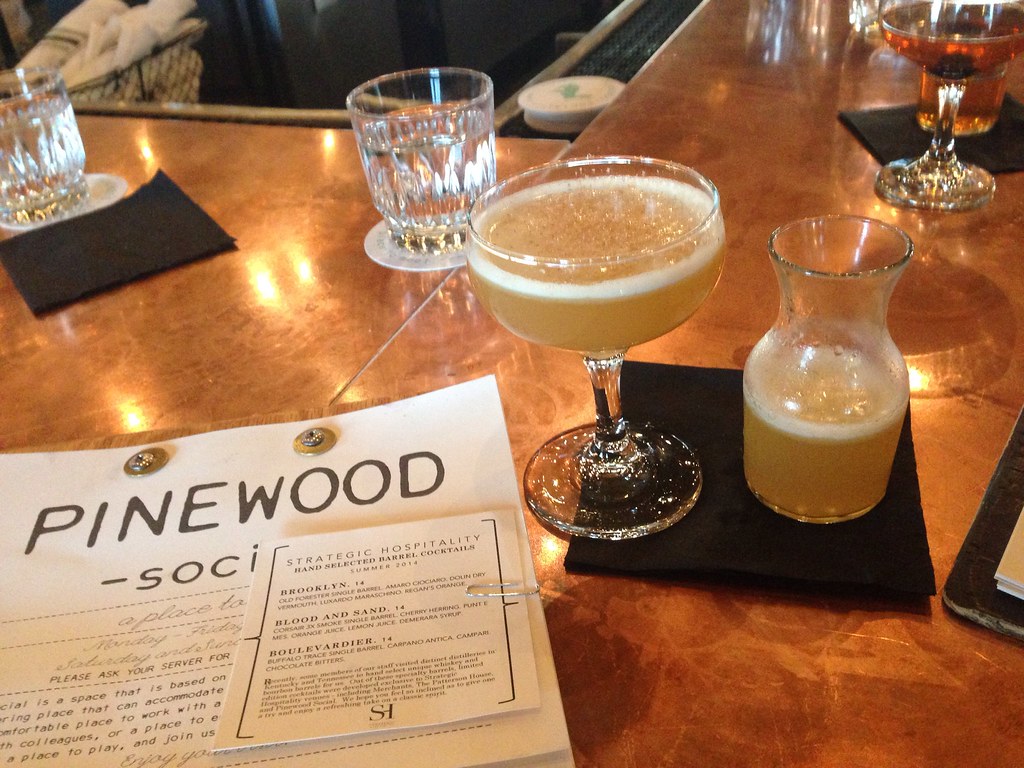 Our next stop was Rolf & Daughters, a great restaurant which is housed in a cool old industrial looking brick building. R.A.D has a very respectable cocktail menu also, but we were focused on the excellent seasonal small plates. And since Judy knew a few folks in the kitchen, and we just happened to bring them a little liquid refreshment, we got to try all the desserts as well. 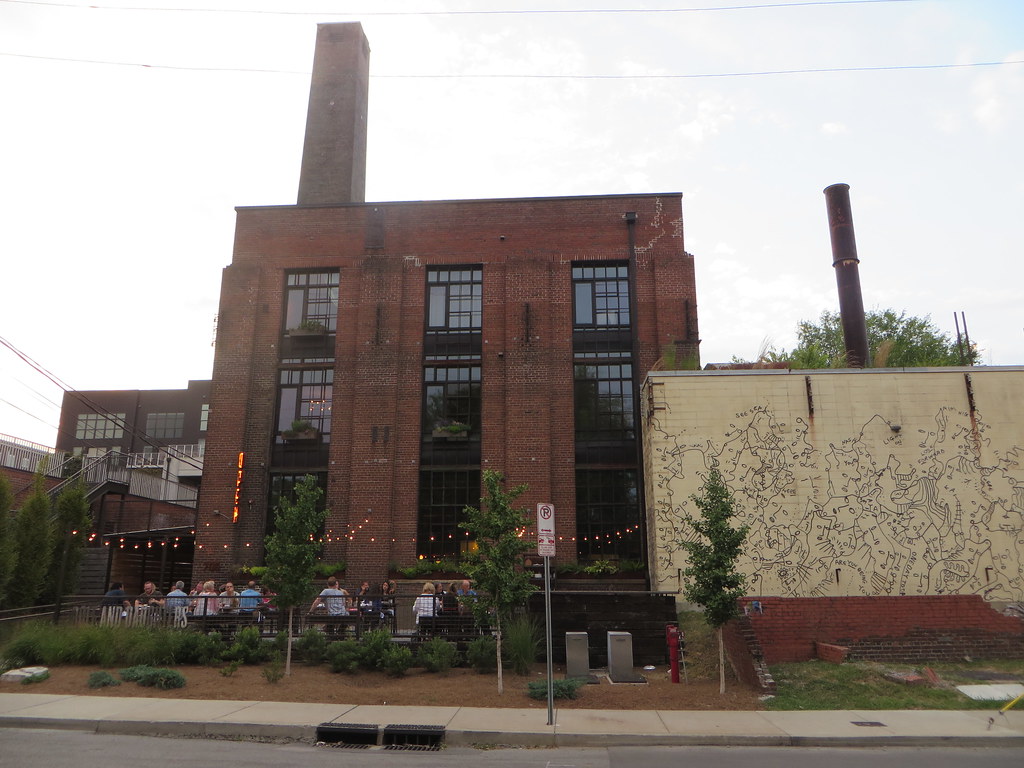 We found our way to The Patterson House after dinner for nightcaps. You enter and check in with the host and if there is room in the speakeasy style jewel-box they will seat you. It's dim and cozy and there are bartenders wearing vests. If the drinks weren't so damned awesome it would be easy to judge, but instead we just enjoyed our cocktails in the hipster zen-den. Besides cocktails, my brother and I decided to do a little drinking from their impressive aged whiskey list. 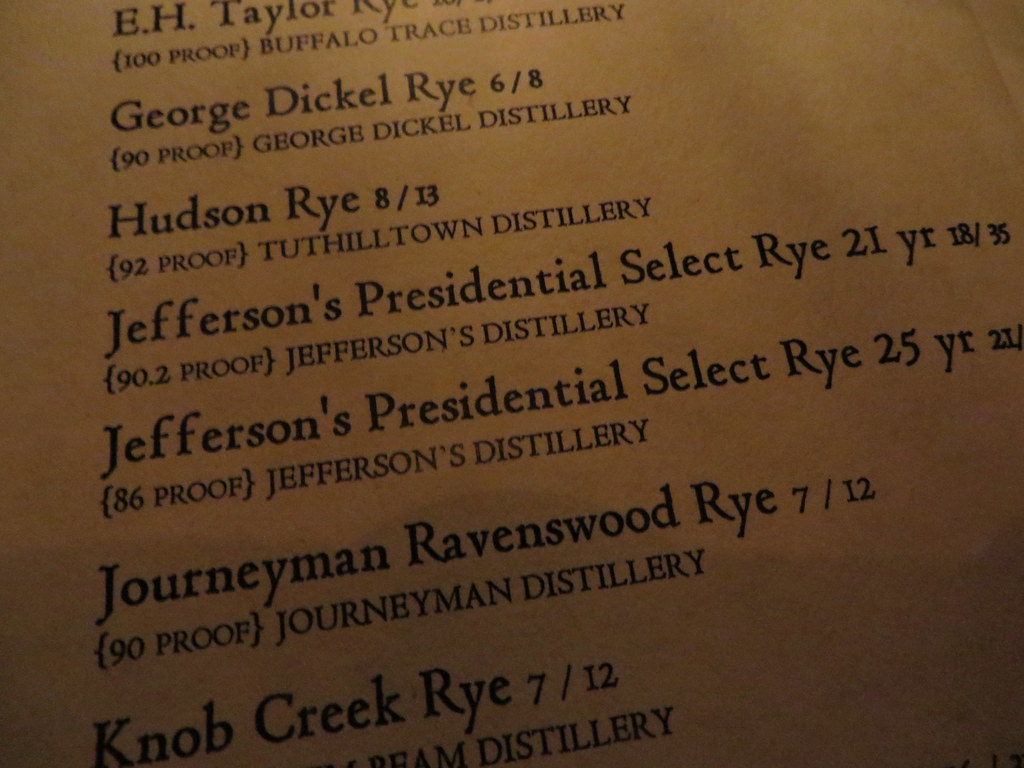 Day one in Nashville was pretty damned good, so Judy and I had to really get day two off with a bang in order for it to compete. Excellent lattes made by uber cool kids at Ugly Mugs in East Nashville, followed by ice cream for breakfast at Jeni's Splendid (Bangkok Peanut!).

Thoroughly fortified by caffeine and sugar we drove out to meet my brother for lunch at Jim N' Nicks BBQ. Hello meat! 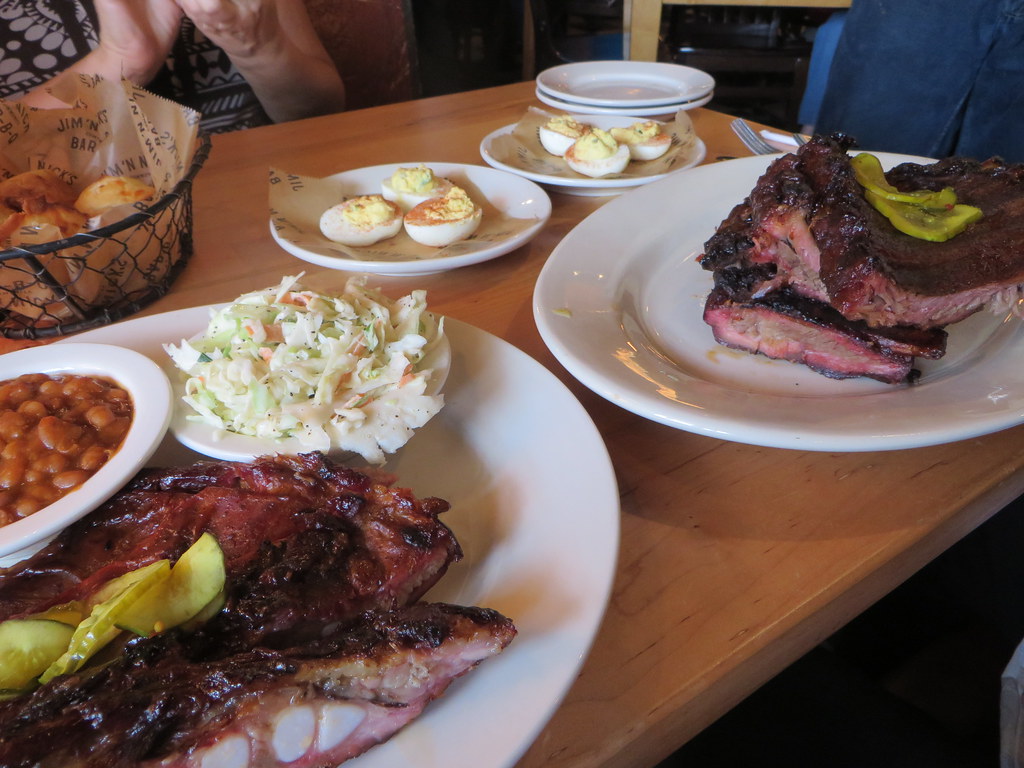 Next up we headed to the Belle Mead area, a lovely neighborhood filled with jaw-dropping mansions. Turns out that Nashville is the healthcare capitol of the states and the homeowners here earn considerably more than most. Some mansions have well known personalities who own them, like Al Gore, and others are owned by Bob Falk, local healthcare entrepreneur and CEO of Healthcare Corp. of Tennessee. 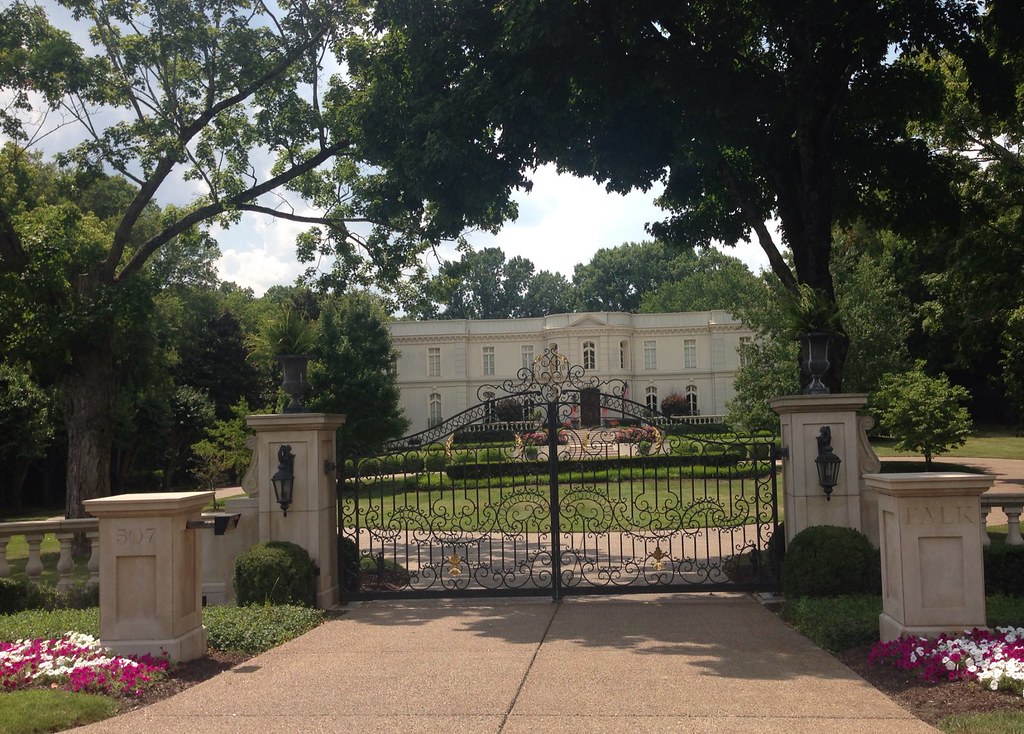 We had a nice little drive by of these giants on the way to Cheekwood Botanical Gardens, where we went to see Andy Warhol's Flowers exhibit. The grounds at the gardens are absolutely lovely and an additional exhibit of Big Bugs was great too. 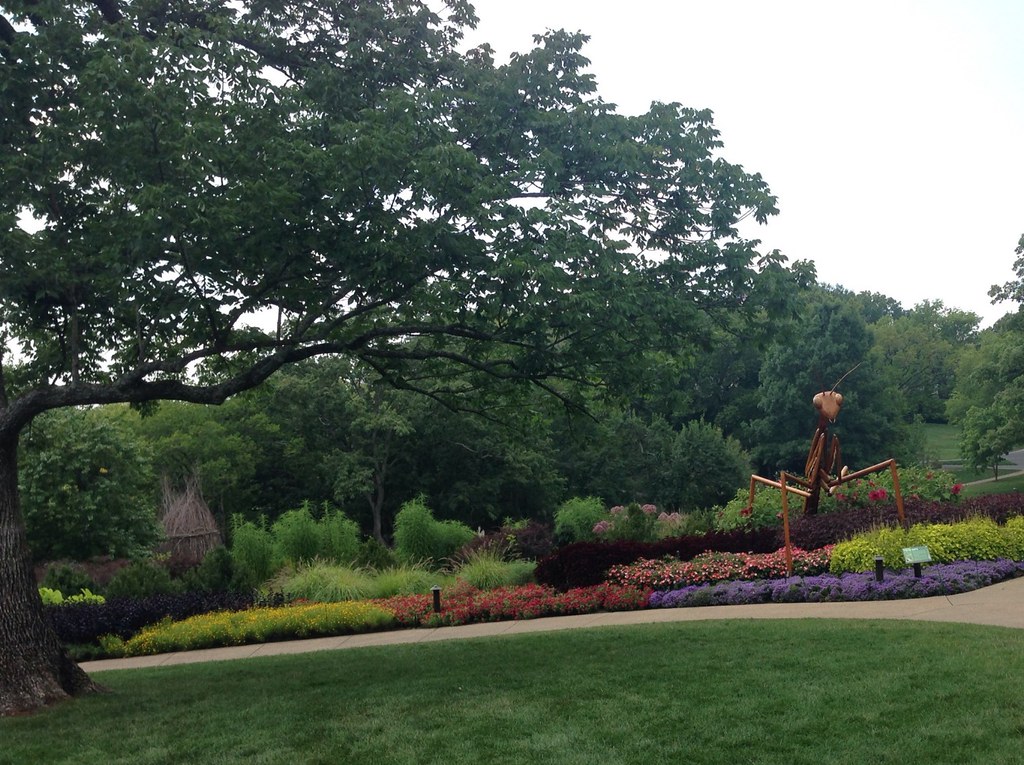 That evening we started with cocktails back at The Patterson House before having an absolutely spectacular meal at The Catbird Seat. Sometimes when you've had a place in your head for a while the actual experience can be a let down, but that was not the case with Chef Trevor Moran, who took over the helm in January after being the sous chef at the much lauded Noma.

As we sat around the 21-seat open kitchen, it reminded me of the dining experience at Momofuko Shoto in Toronto. Each member of the team was in charge of executing and delivering a different dish of the the 12-course line up. We were presented with things like Beer Cheese, made with raclette and PBR, and a salad that resembled more of a bouquet. 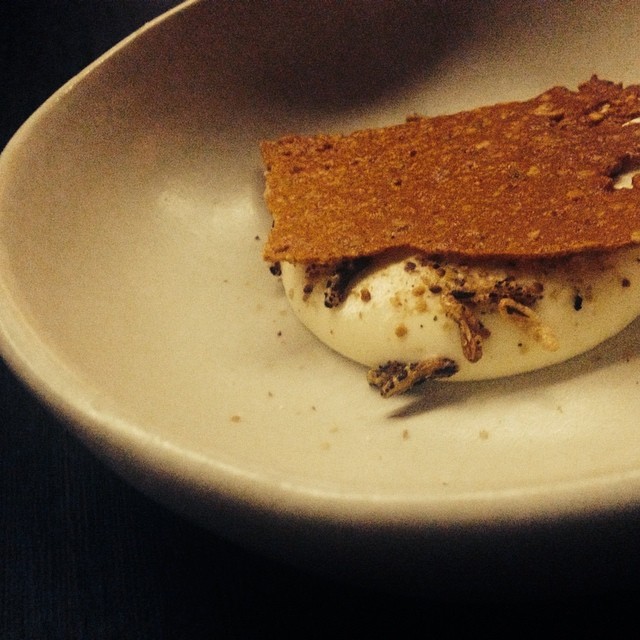 Both Judy and I felt the only clunker was the potato dish which is purposely cooked a little less than what most of us are use to. We also agreed that the potato cake dessert, which was served in a brown bag and was a mash up of a choux pastry, marzipan, chocolate sprinkles, and cream, was fantastic.

And as we were still there when the staff finished the evening, we were invited to partake in a Fernet shot with everyone. 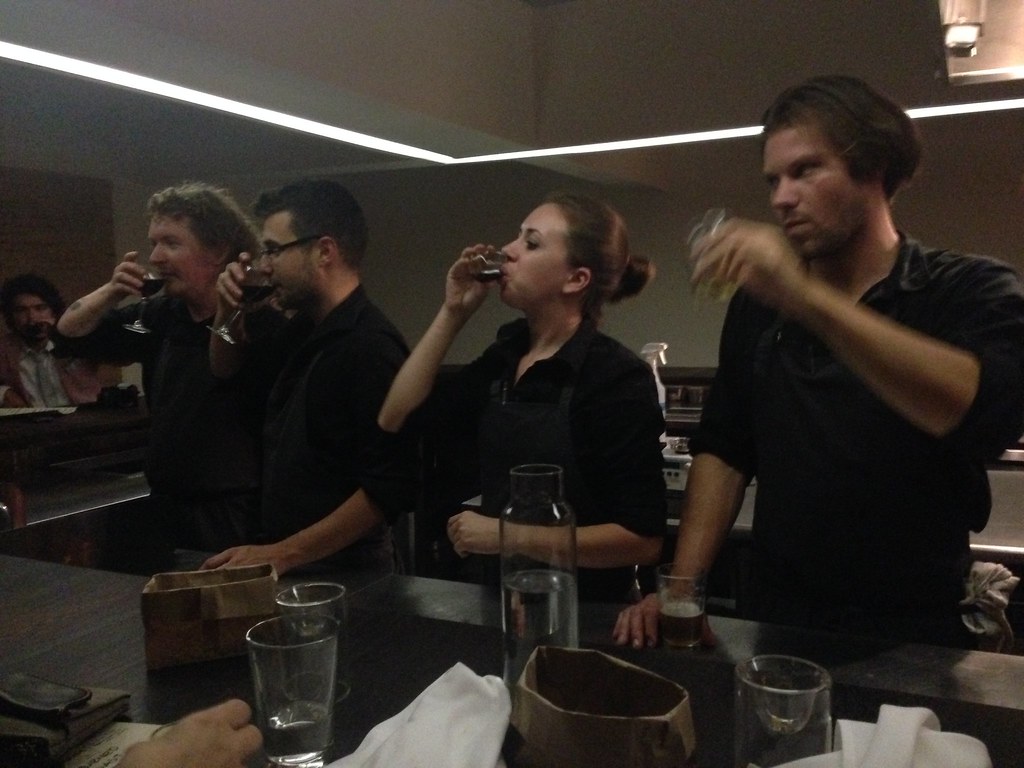 So I'd say day two in Nashville held its own!

On my final full day we started with a lovely brunch back at Pinewood Social. They have this great art installation of funny paint cans that they use to create a full wall mural in the bowling ally and we were there to see them change it out. We couldn't tell what it was until we stood all the way on the other side of the room... in a nod to their outdoor pools opening. 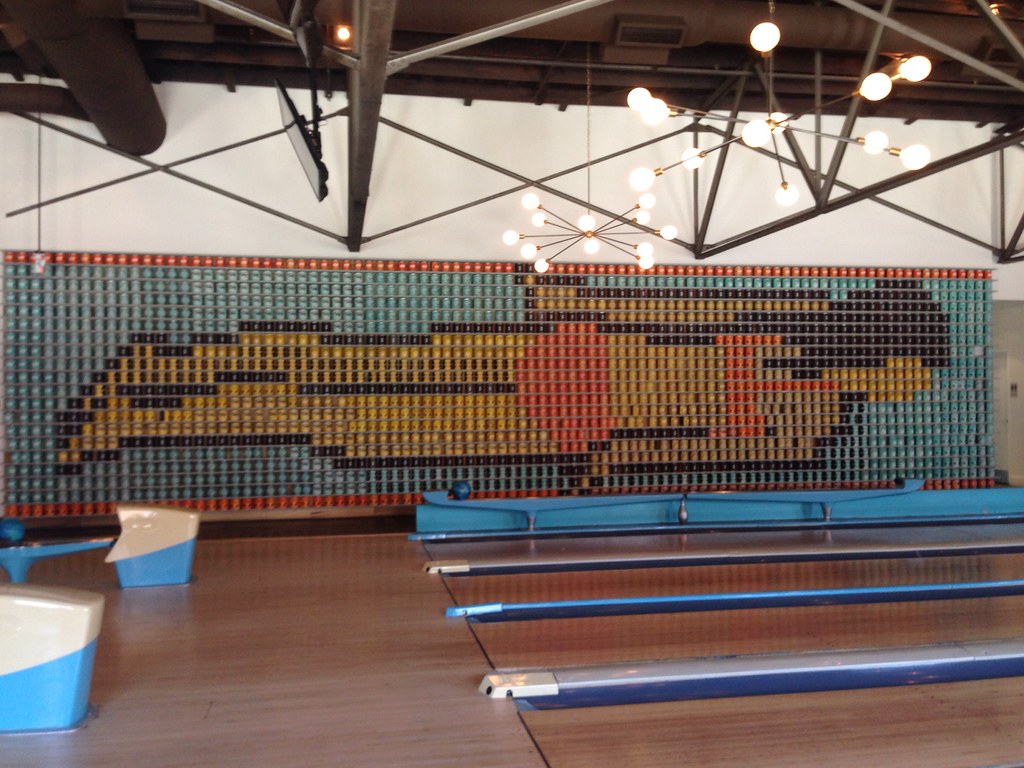 We walked off our waffles and fried chicken by strolling around Lower Broadway and the Downtown area. There's quite a bit to see here, live music venues, the convention center, the library, museum, the historic Hermitage Hotel, and the very cool Union Square Hotel which was the old train station and still has a large schedule board over the front desk. 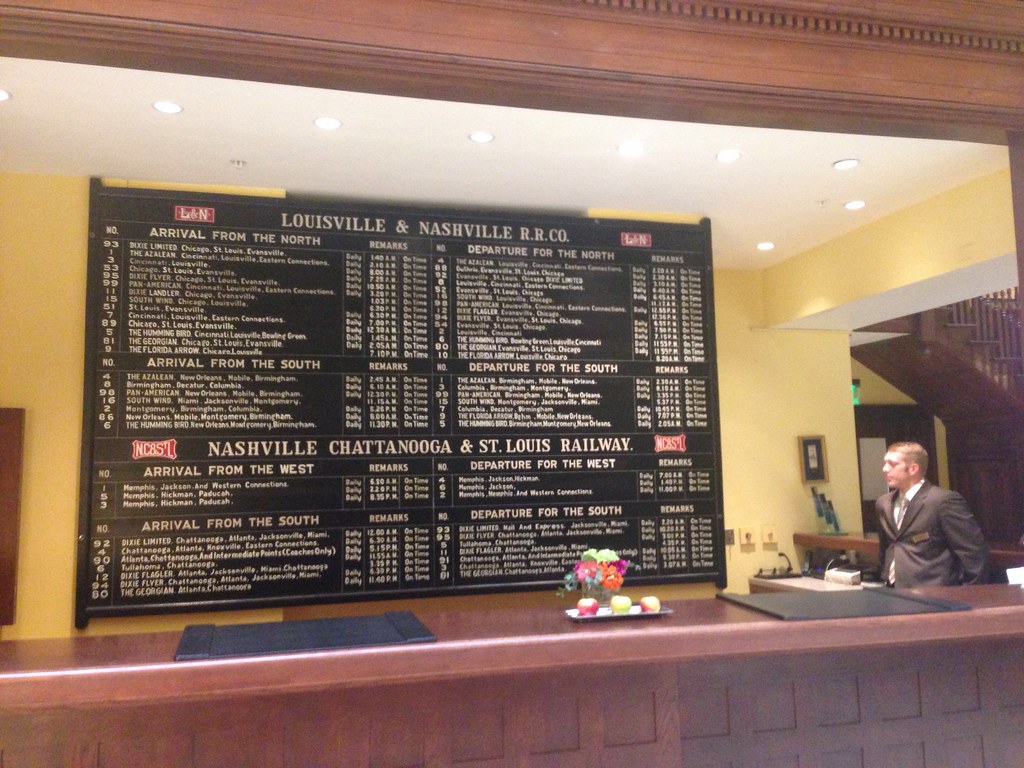 We invited my brother and our Airbnb host for drinks on the front porch that evening before heading to dinner at City House. On Sundays they have a different menu called Sunday Supper, shared plates and all superb!

Judy decided to head home after dinner while Mark and I headed back to The District for a night of music. We started in Printer's Ally at Bourbon Street Blues where the Stacy Mitchhart band was playing, an excellent band! We then headed down to Lower Broadway to Robert's Western World where we had a hell of a good time listening to honky tonk. 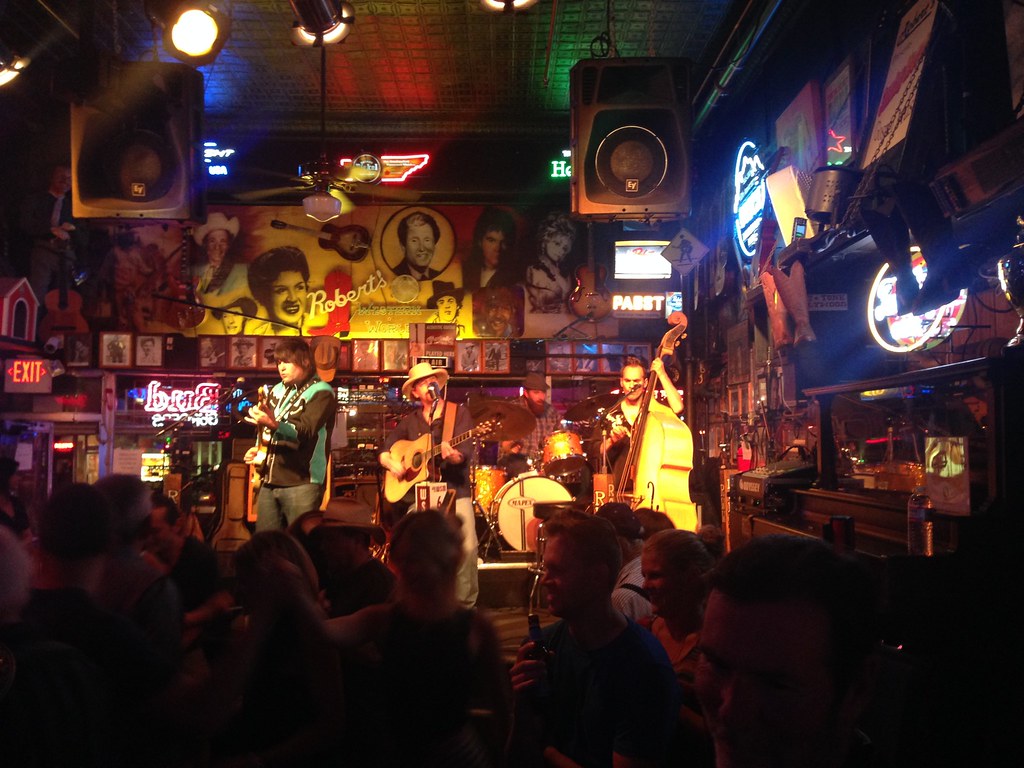 We continued bar crawling and checking out bands at Tootsies, The Wheel, and Second Fiddle. To be fair I was drinking whiskey throughout the entire bar crawl so I don't actually remember Second Fiddle, but I have this photo so I know it's true. 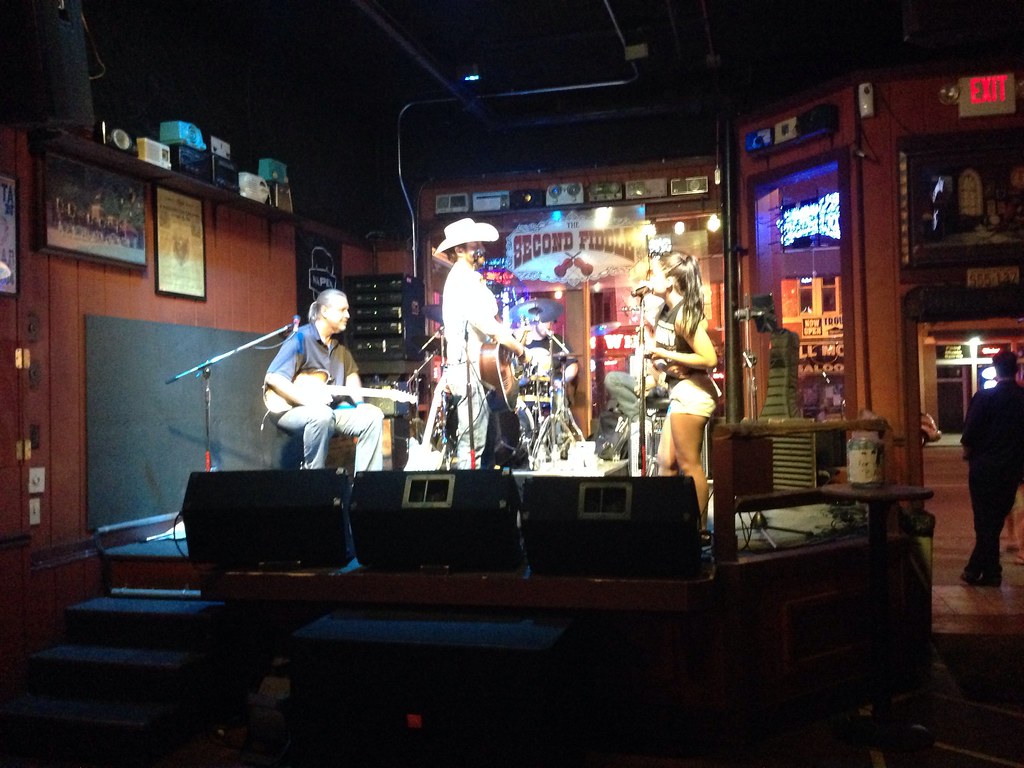 It was such a fantastic time hanging out with my brother, listening to music, drinking whiskey, and people watching. Absolutely a great last night in Nashville!! 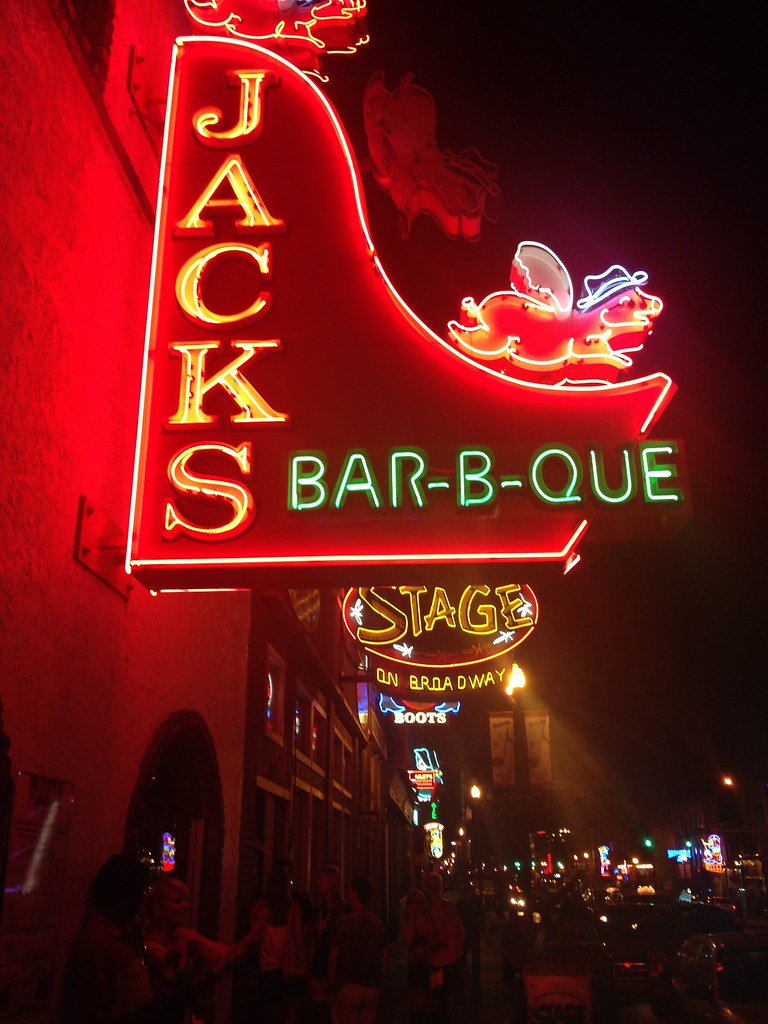 And although Judy and I originally had plans to go have meat and three the next day, I opted to sleep off all that whiskey until it was time to head to the airport. Luckily the BBQ join at the airport had that option on their menu! 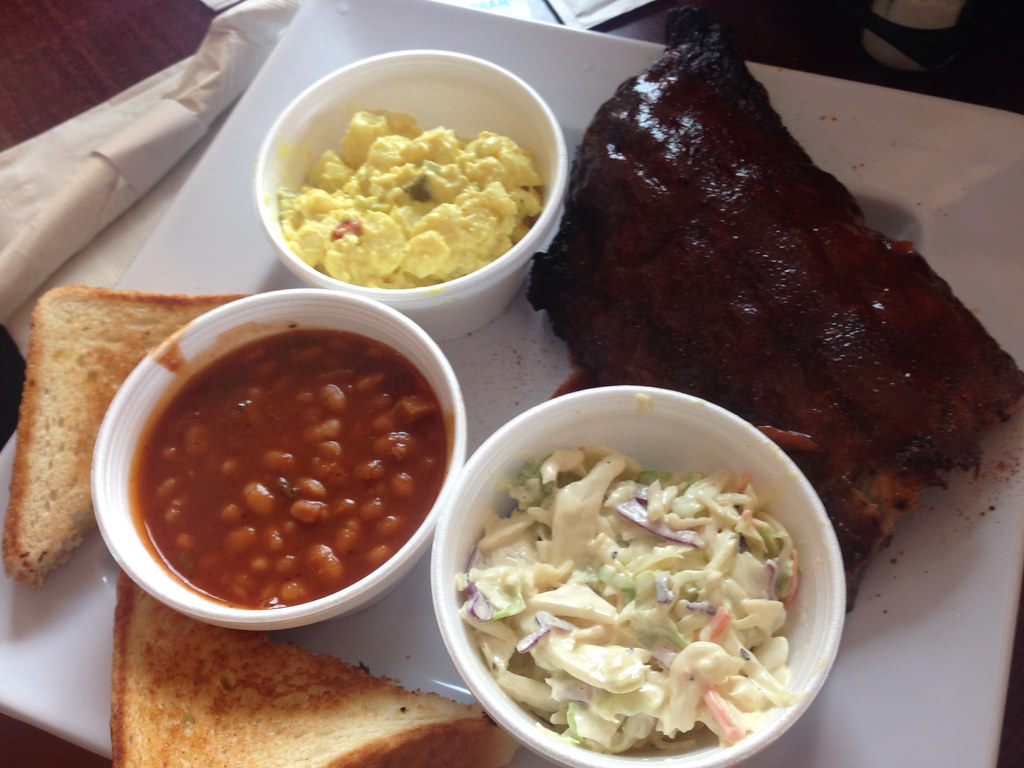