I woke up this morning and that damn song was playing on the radio. It's in my head and it refuses to budge. "...And the walls kept tumbling down
In the city that we love..." 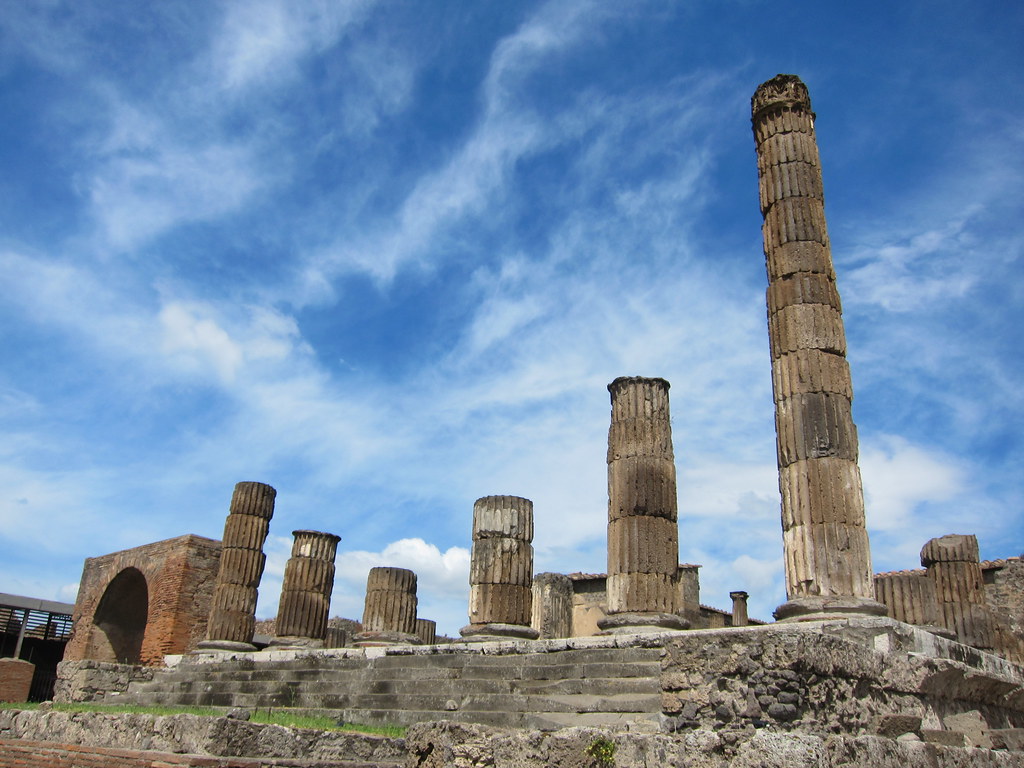 Ahhhhhhhh! We went to Pompeii once, about a million years ago, and I will tell you that there were no boy bands bopping about. We went for a day trip while staying in Sorrento, it was an easy 40 minute ride on the Circumvesuviana train,with lush scenery of the coast on one side and Mount Vesuvius on the other.

Walking around it was quite eerie to be visiting what was once a thriving Roman empire city, now just ruins left by the volcano we were so close to! 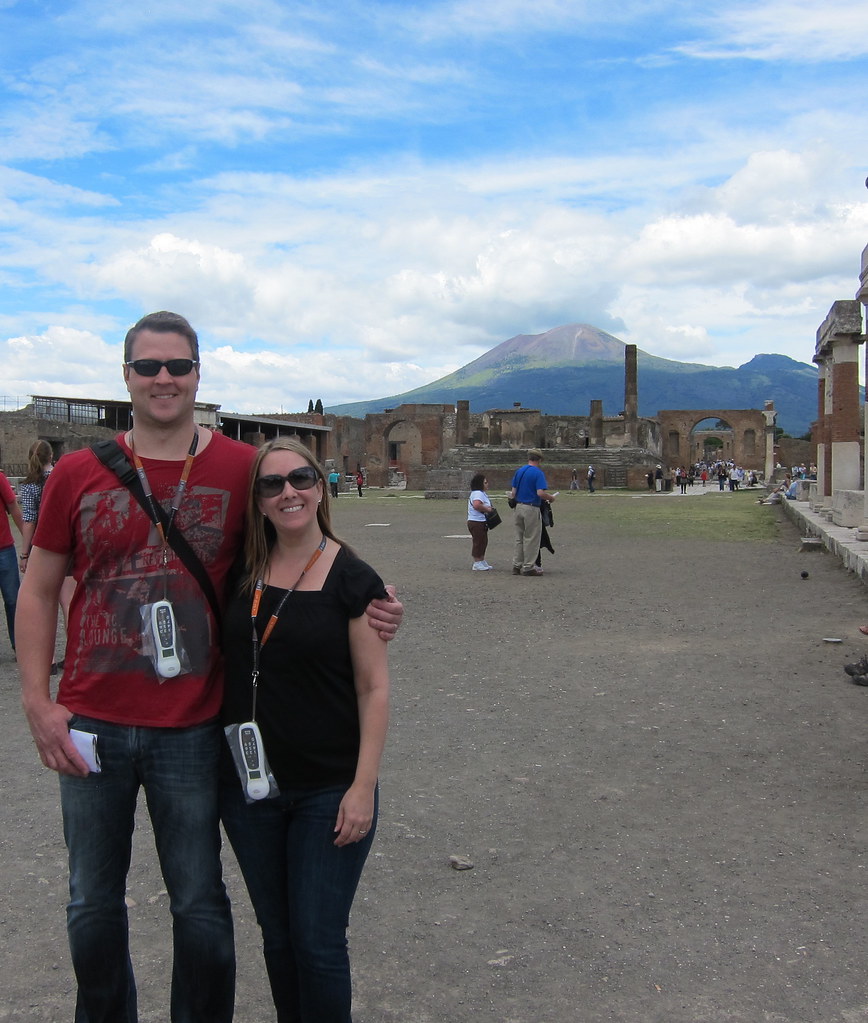 It had rained pretty hard that morning so many of the streets of the ancient city were puddles. We used the large rock steps to cross the street just as the locals would have back in 78AD or so. 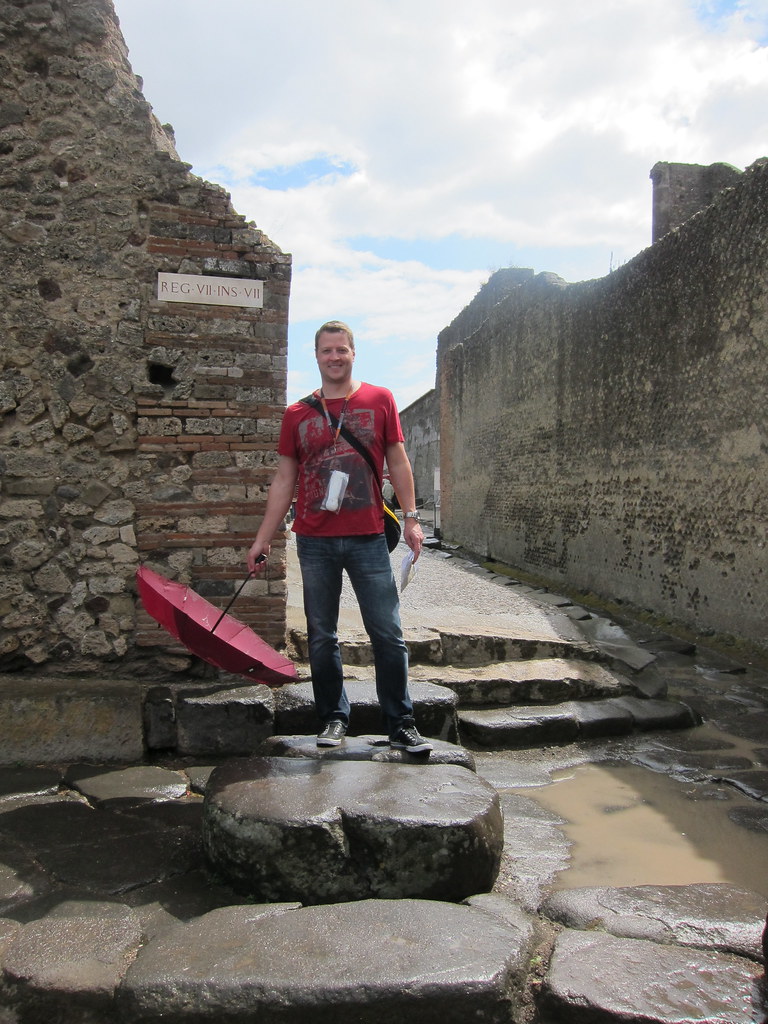 We had audio guides so that we could go at our own pace, listening to interesting tidbits about various buildings, streets, neighborhoods, etc.

This bath was beautiful and so well preserved. I remember the coolness of the interior and how pretty the color of the walls were. 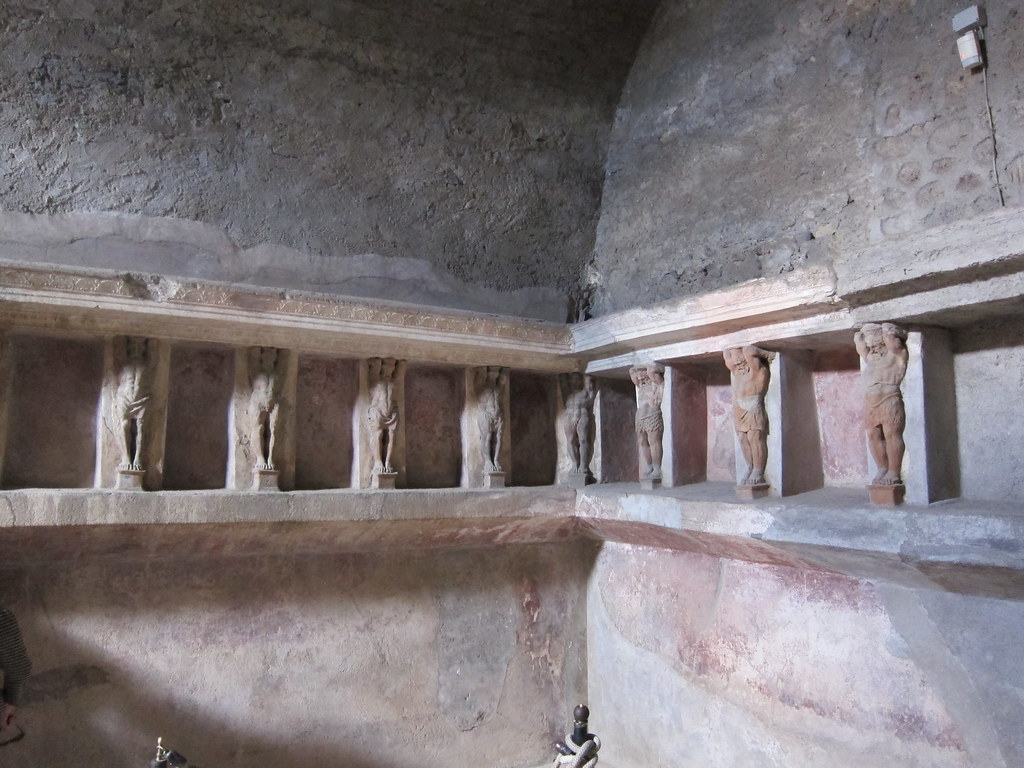 There is so much to see, it's quite amazing really. We couldn't get over the architecture, the city grid, the streets and "cross walks". All of it.

This was a food stall where locals could come and get some Italian take out! 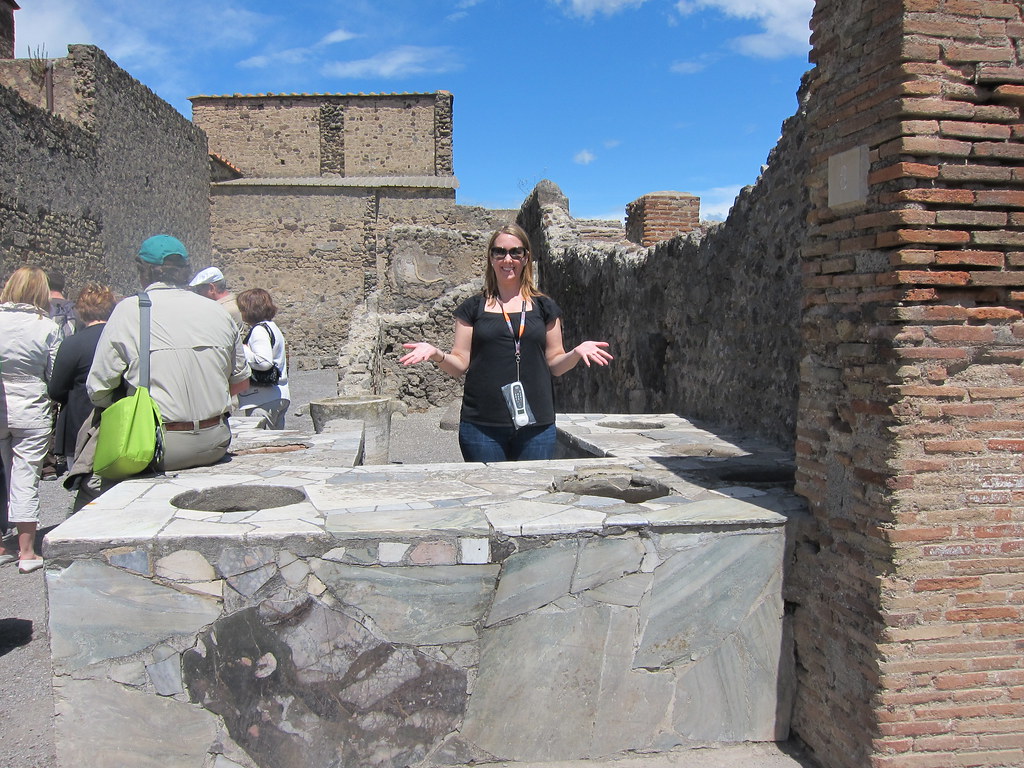 This is the decorative door step of a now non-existent home, an ancient welcome mat of sorts. 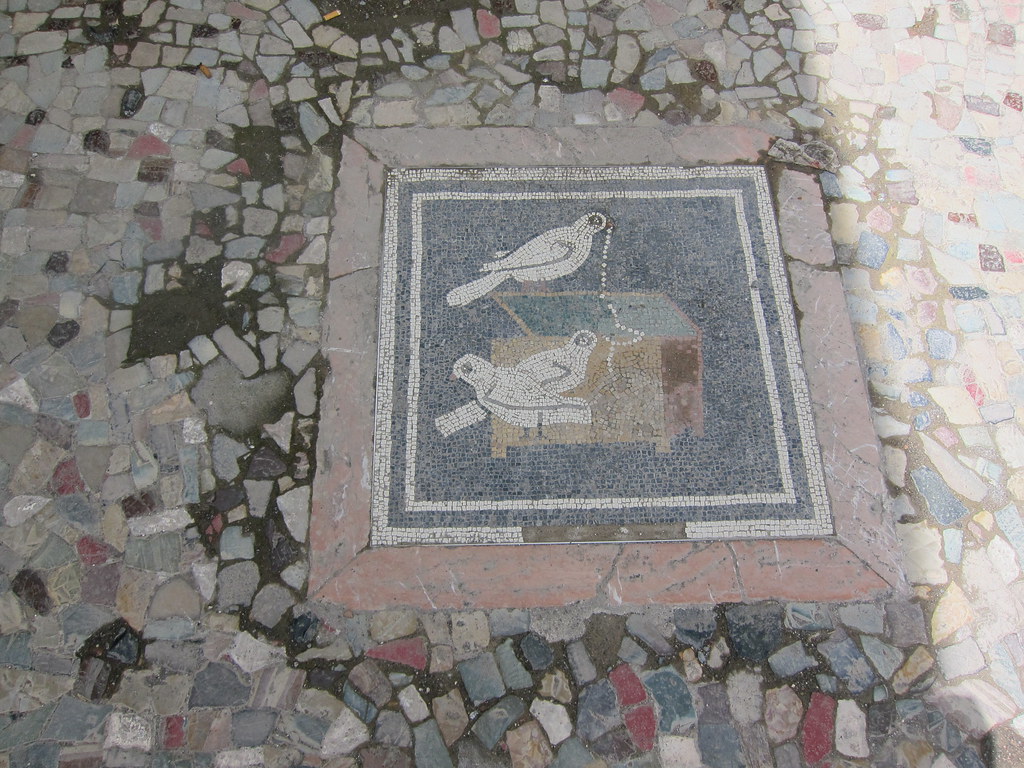 I wouldn't miss visiting Pompeii if you are in the area, that is for sure! It is fascinating! 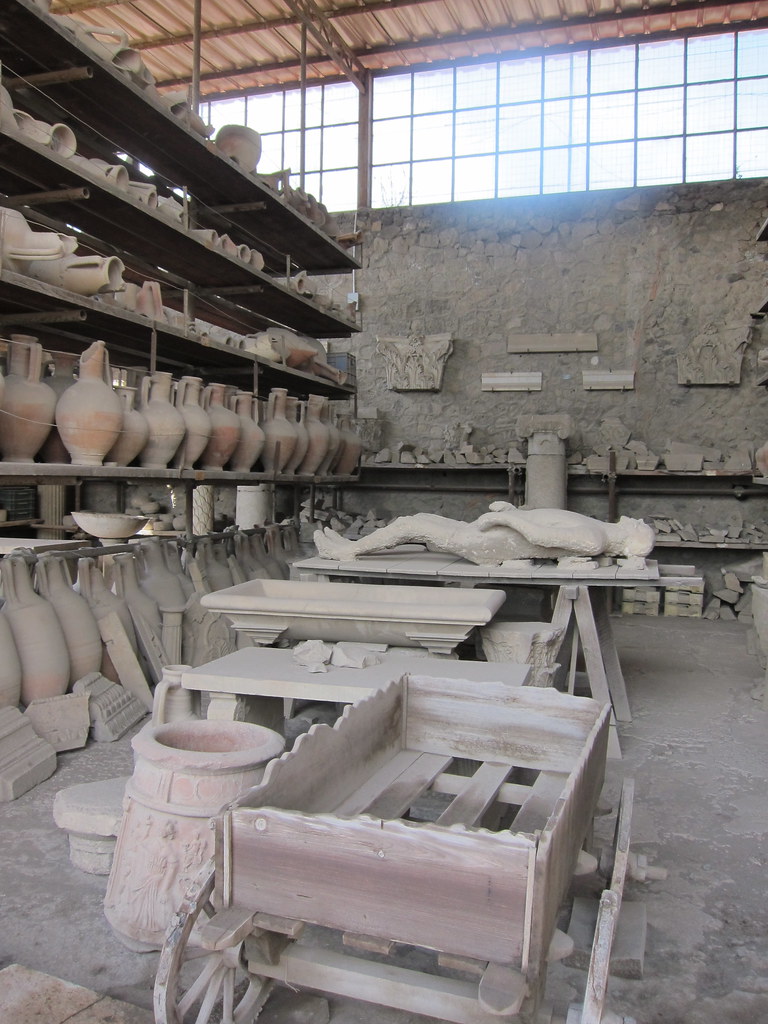 "...But if you close your eyes, Does it almost feel like, Nothing changed at all?..."

We jumped back on the Circumvesuviana for a 30 minute ride to Naples and made our way to Da Michele for what is arguably the best pizza in Naples. We had to take a number and hang out with the rest of Naples until a table was available. And then we had the most delicious Margherita pizza (for $5!) paired with cold ($1) beers. 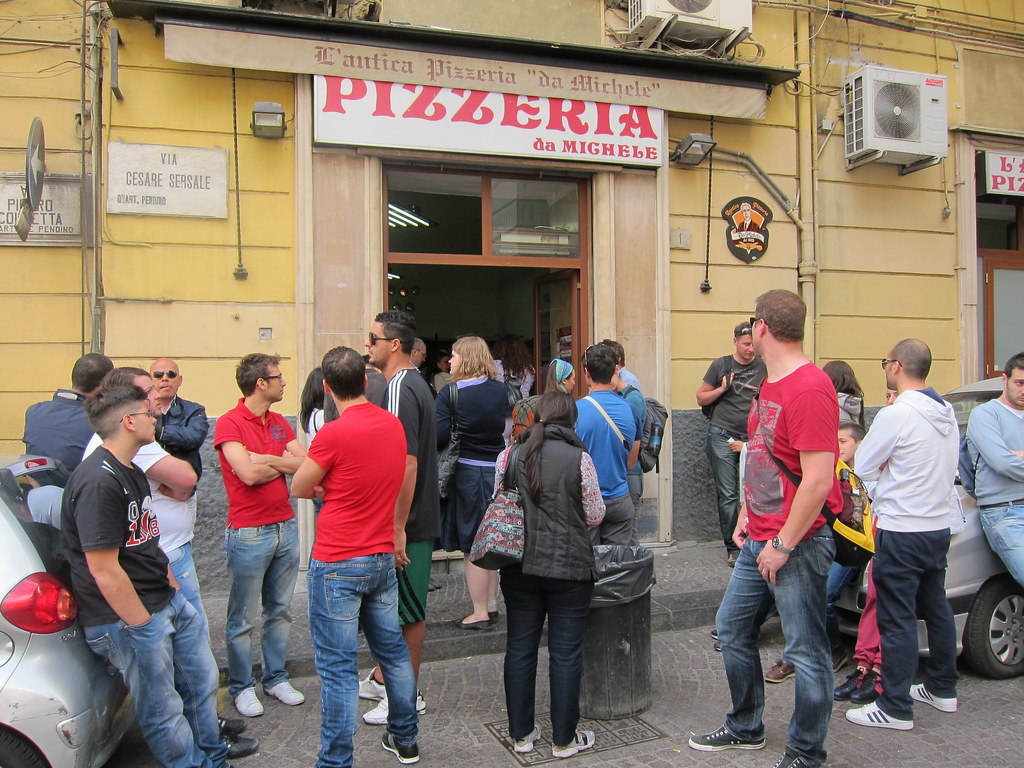 We spent the rest of the afternoon just strolling around Naples, it's a big gritty city but that is its claim to fame. On top of the normal grime, they had been having trash strikes on and off since the 1990's. Piles of garbage striving to reach the height of Vesuvius itself were everywhere, we even witnessed a few being burned right on the main streets. 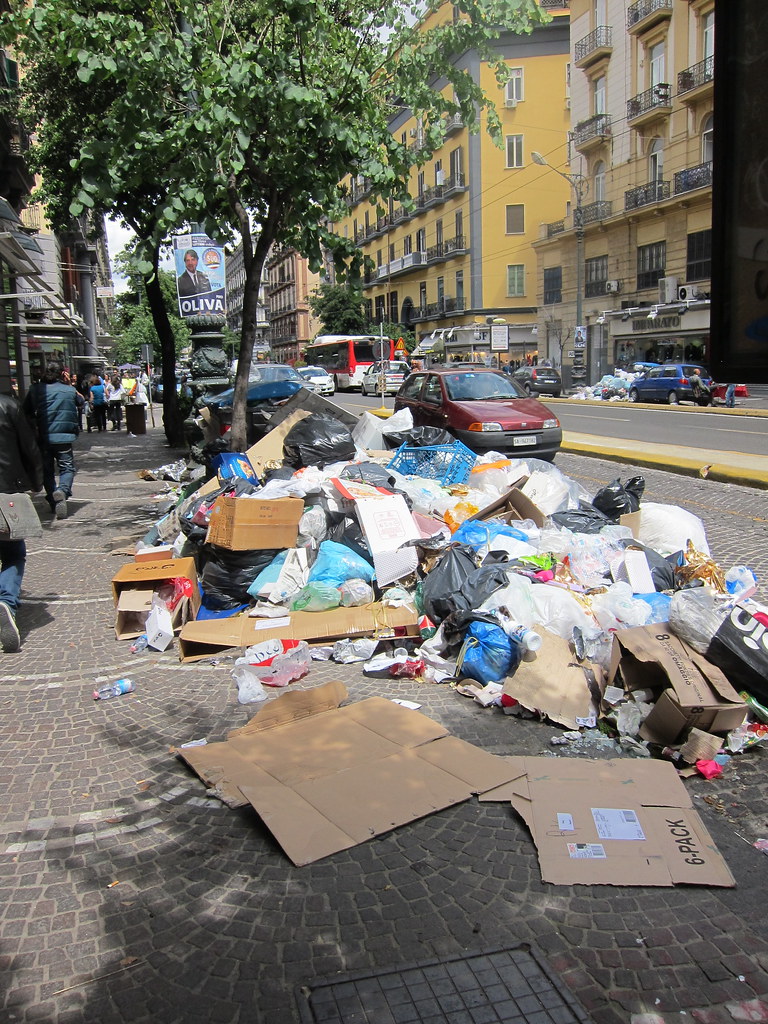 But just like any large city there are also very pretty neighborhoods, parks, churches, etc. I'd like to do a bit more time in Naples if I'm ever in the area again. 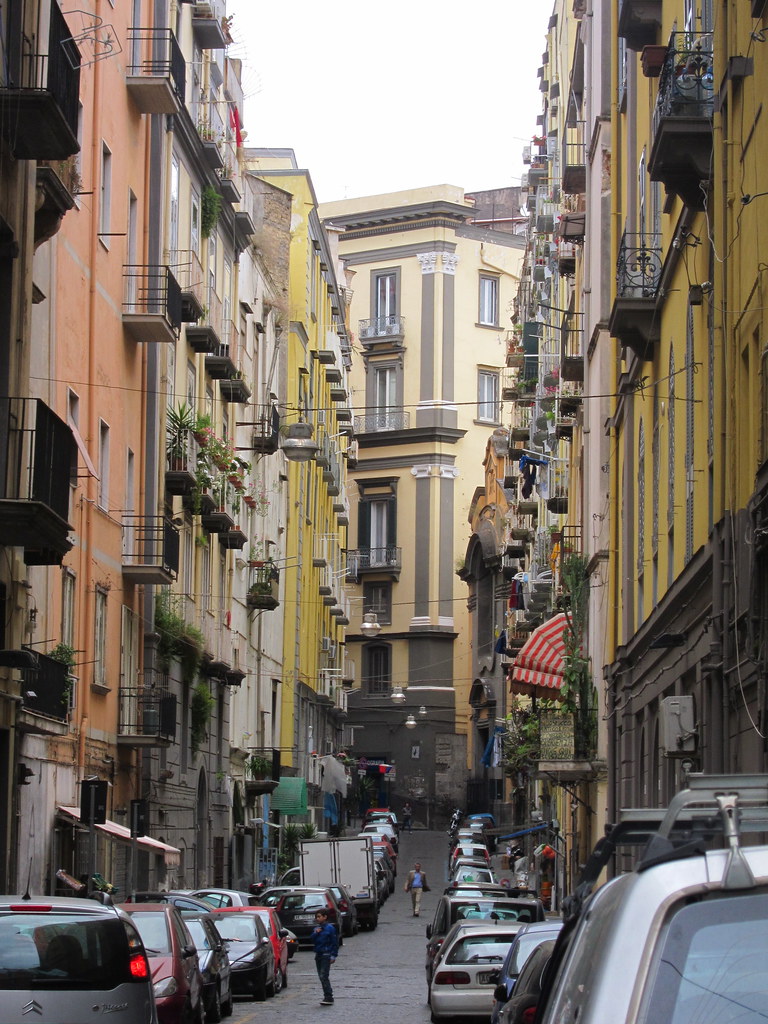 We got back on the train to Sorrento but accidentally chose the wrong one- not the first time this has happen in Italy! So we literally circumvented Vesuvius as our train went all the way on the other side of it. A 90 minute train ride turned into about a 2 1/2 hour experience. We got back in Sorrento just in time to see the sky light the buildings up a lovely color and to have a martini. 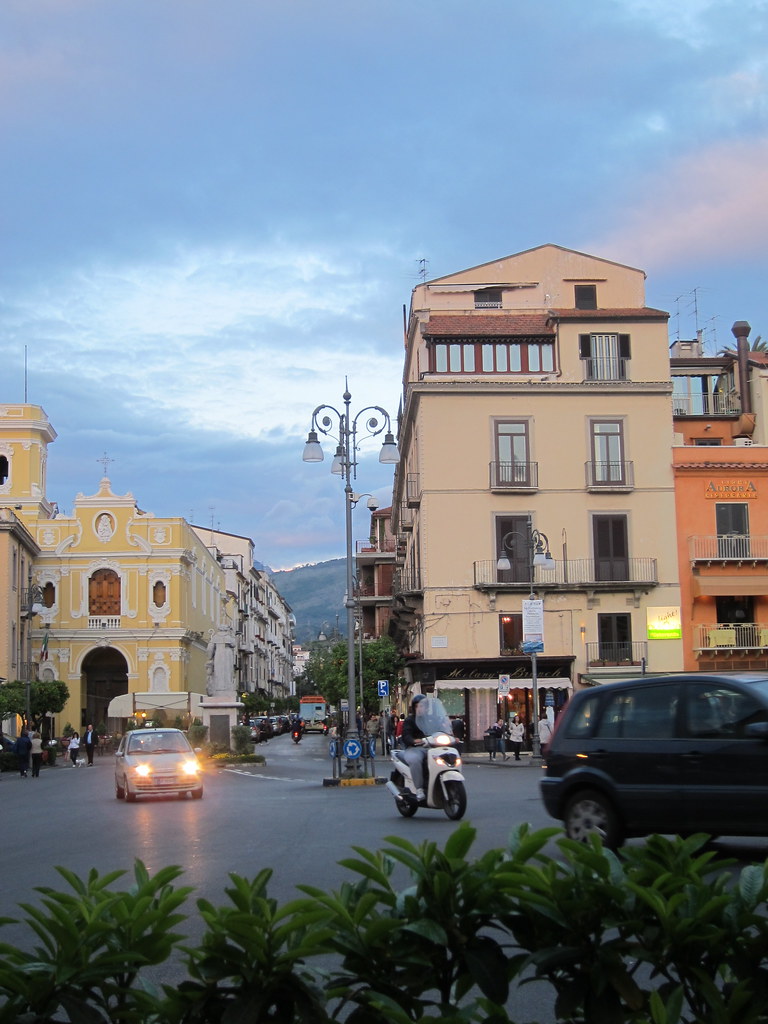 All Pompeii and Naples photos here
at November 23, 2014