Our ship left the quaint coastal towns of Italy and headed to the swankiness of the French Riviera. First up, Cannes!

The film festival had ended just days before so sadly, star-watching was out (15 years prior I had been in the city during the festival, which was eye-candy overdose!) but this city is a star all on its own. Slip upon slip of mega-yachts, gorgeous beaches, pricy boutiques, and opulent hotels line the main strip La Croisette.

We found a huge farmers market and happily wandered the stalls of unique offerings; vegetables, fish, olive oils, patés, bakery goods, etc. I think the best view into a city's culinary style is to check out the food markets, plus it's just damn fun to see so many unfamiliar items. And tasty.

After a quick rosé break down by the waterfront, we continued down La Croisette making our way to the famed Hotel InterContinental Carlton and took seats outside on the patio for drinks and snacks. Posh.

We shopped around town as we made our way back to the ship via tender. A quick clean up, a cheerful in-room happy hour, and we were back on the tender.
Most cruises have at least one full day at sea, but since all our destinations were fairly close together we left each of our port of calls in the evening and awoke each morning to a new gem. Two exceptions were overnights in Cannes and Monaco. We took advantage of the anchor and headed back into Cannes for an absolutely delicious dinner at Le Relais des Semailles in the charming old town. 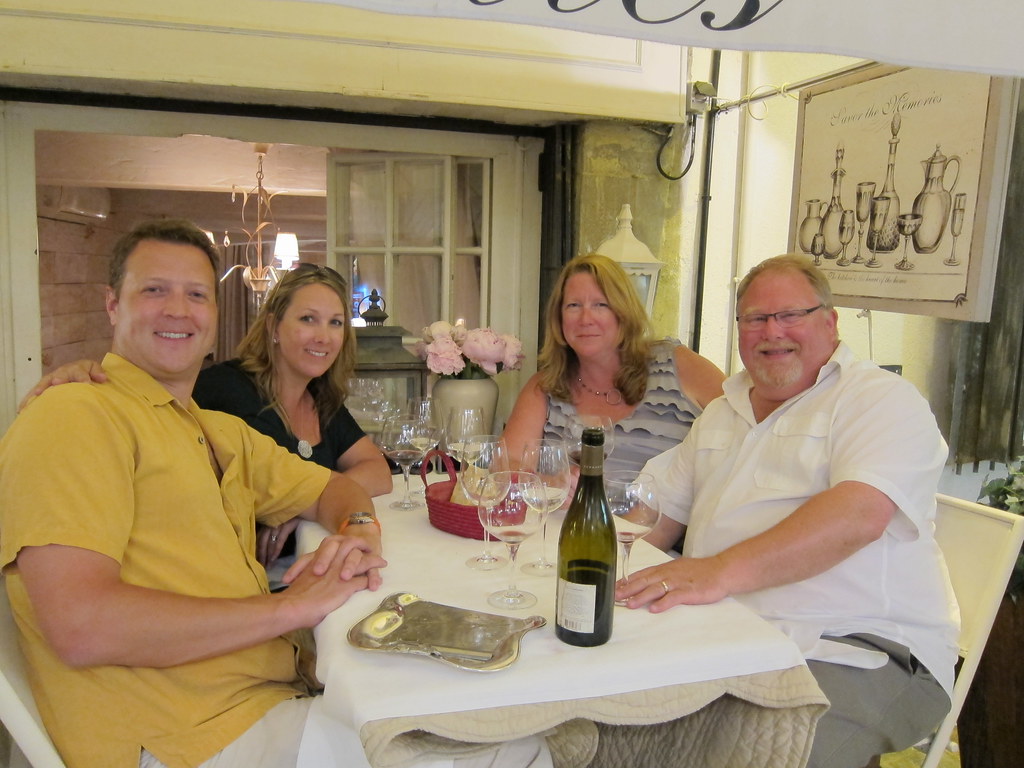 We chose to spend our second day in Cannes on the ship, the entire day spent lounging in the sun. They opened the marina again so Dayne tried some stand-up paddle boarding. Later that afternoon DeLille presented a tasting class pitting DeLille wines again some Old World ones. It was just a really relaxing day topped off with a special dinner by Chef Moore, this one better than the first as he mentioned he also got to go shopping at Cannes' farmers market. 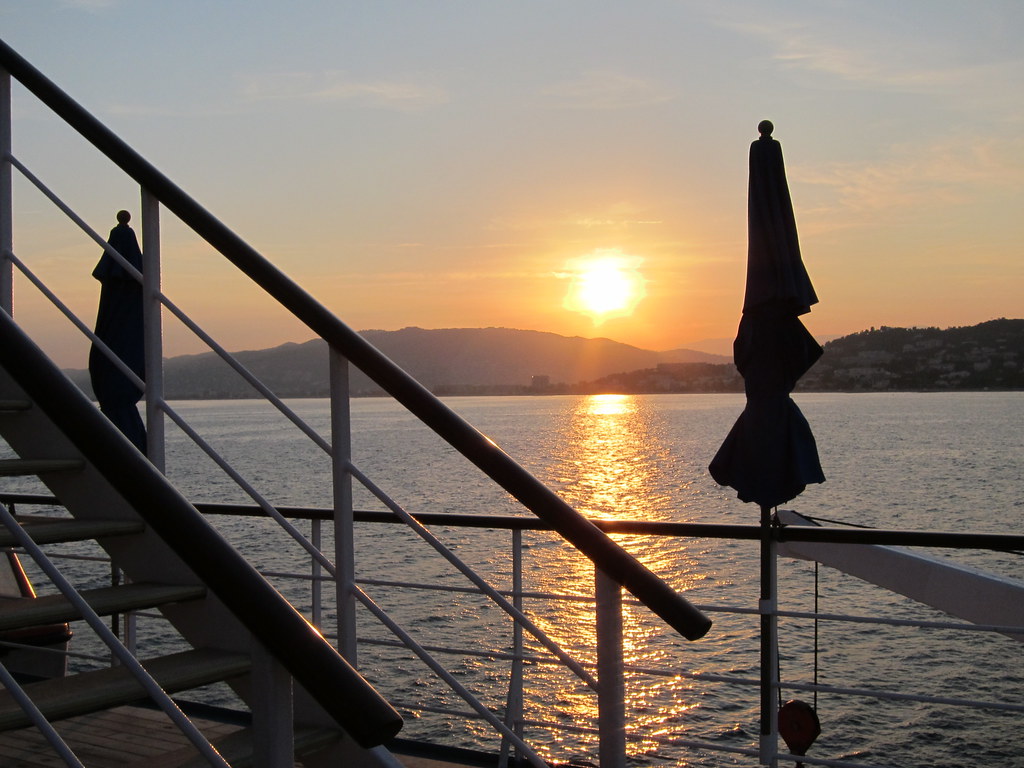 On day six we awoke in Saint-Tropez. Lauren and I had morning massages in the ship's spa and then we all took the tender to shore. We spent the morning ogling the luxury speed boats, exploring cobble-stoned lanes, and watching the red and white outfitted contestants of an annual regatta as they discussed strategy, or maybe rosé. 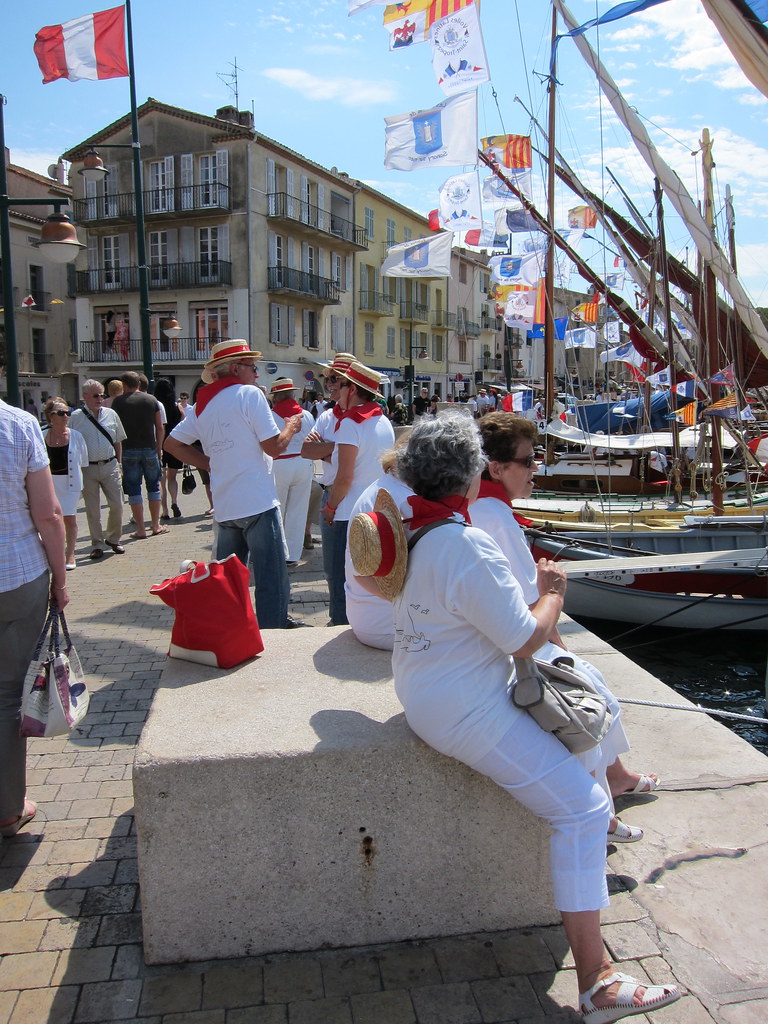 Lunch of moules mariniere was had along the marina in a restaurant with a slide-open ceiling, followed by gelato and more yacht shopping. We headed back to the ship to soak up some rays and take in the view of Saint-Tropez.

Our next port was Monaco where we had two days during the infamous Grand Prix. I wrote about our experience here. 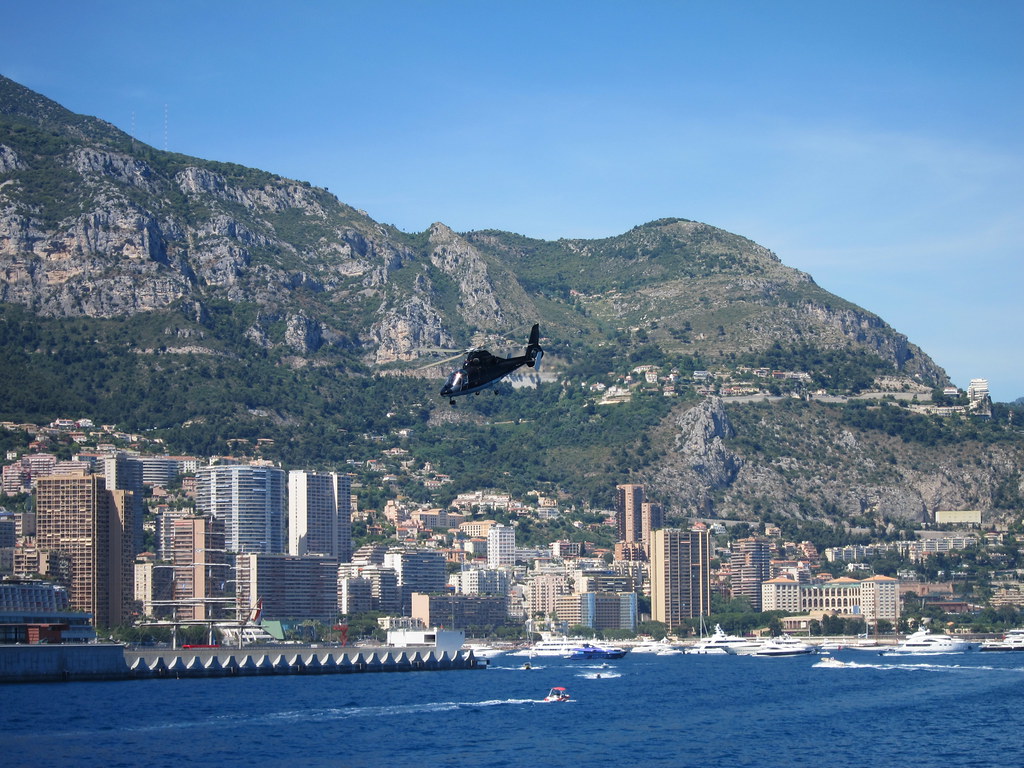 Our nine day cruise finished up in Nice. It's cheezy to comment on how nice this was, right? Oh well.

We walked a short way from where we disembarked to the Hotel Suisse. Our room had a balcony with a fantastic view of the beach and the town, I only wished we had more days to enjoy it but we were just there for an overnight. 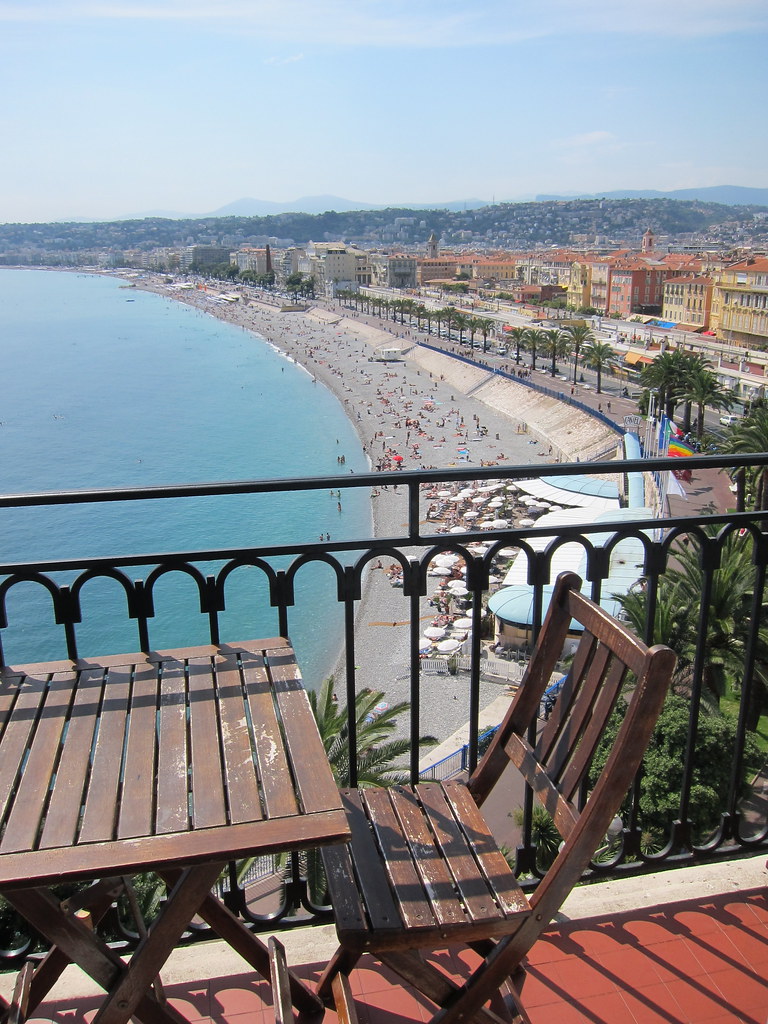 Nice is another city I had been to years ago and I was really excited to be there again. We started by exploring the flea market in Cours Saleya, it just happened to be Monday, the only day of the week it runs. It is a big market, filled with an assortment of antique silver, linens, paintings, dishes, etc. 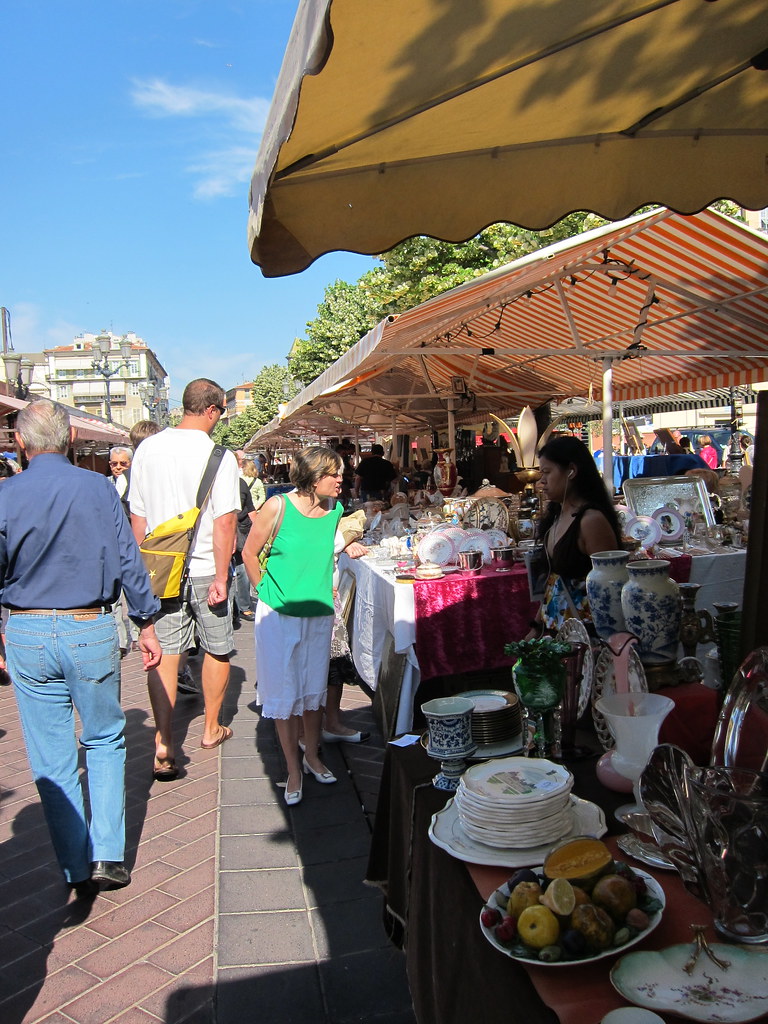 Then after a delicious boulangerie breakfast we walked to the Musee Marc Chagall. I absolutely love Chagall and found this to be one of the most beautiful collections of his work I have ever seen. When in Nice I'd say this is a do-not-miss! 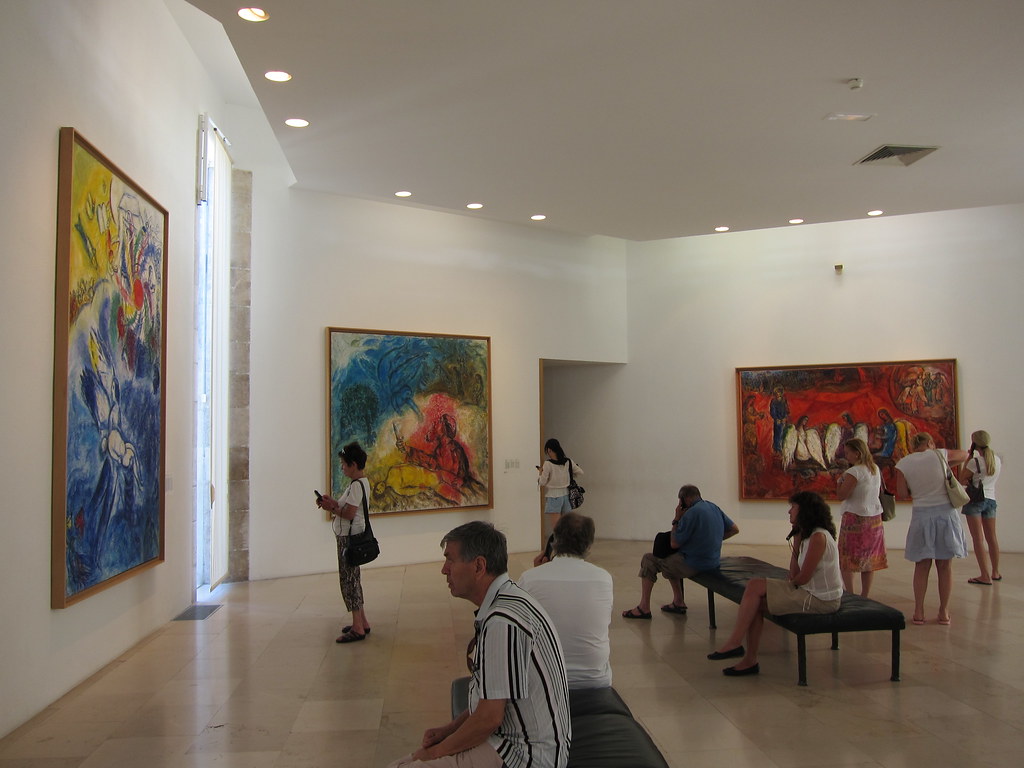 We headed back to Cours Saleya, many of the market stalls now packing up, and chose Le Quai Restaurant for a very good lunch. 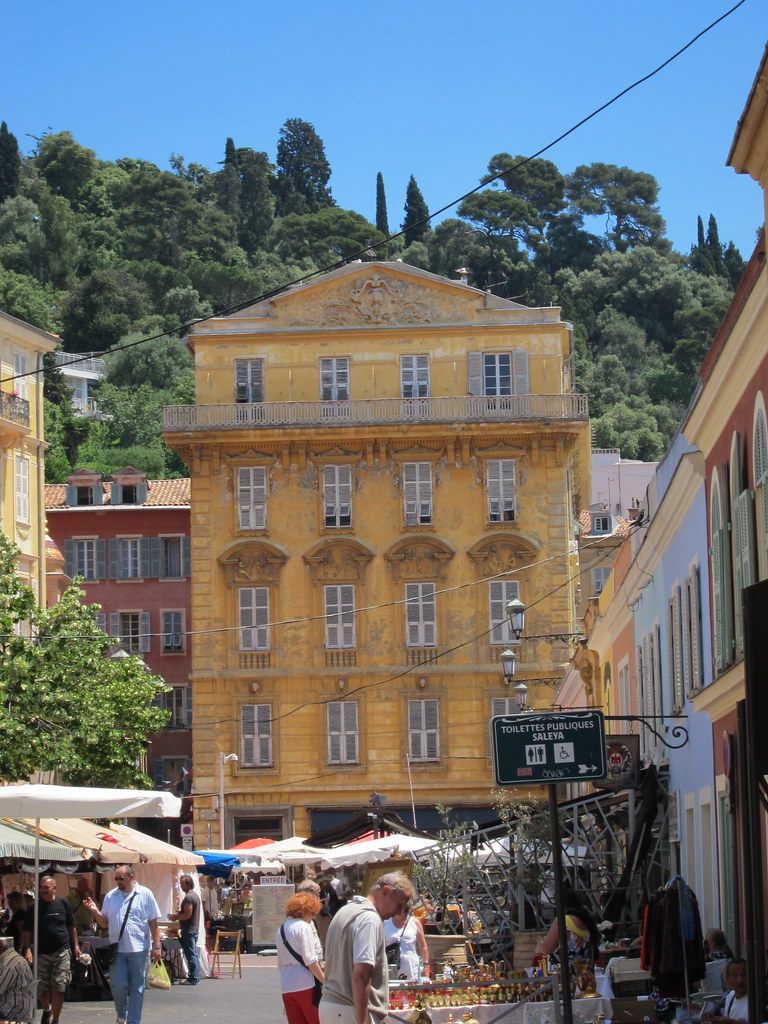 That evening we had our last dinner at Luc Salsedo. It was the perfect end to our trip, delicious food that was regional and seasonal, a comfortable but not stuffy dining room, and great service.

We were up the next morning before the city fully awoke and had one last glimpse of the Mediterranean before catching our flight home. 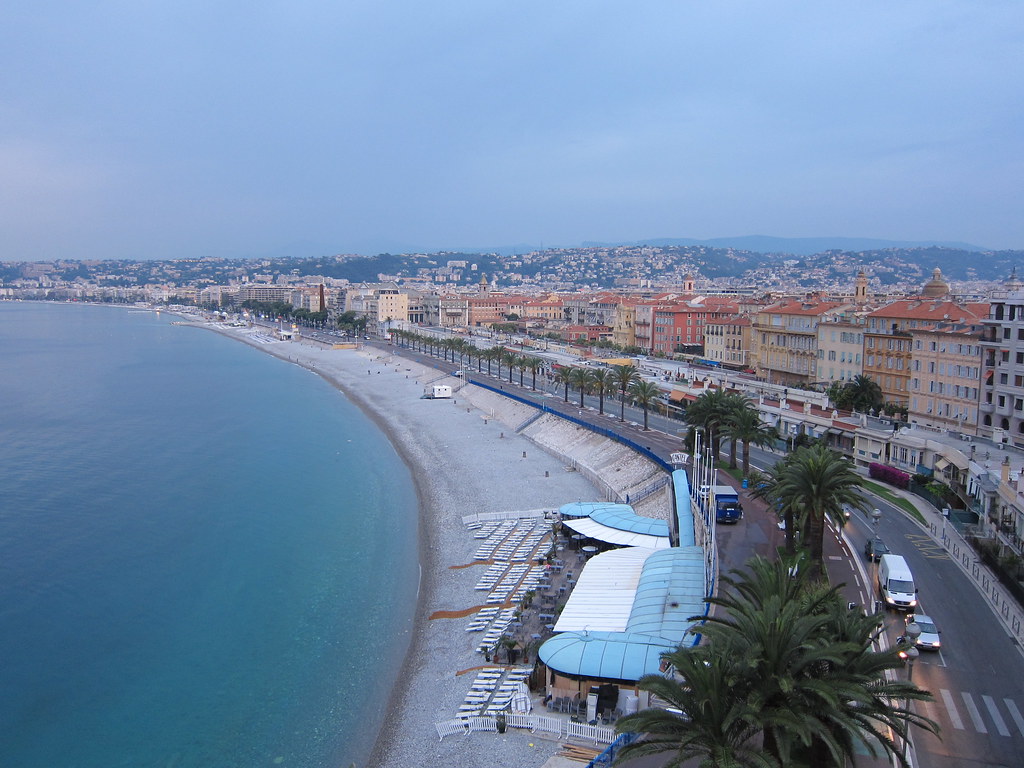 Photos from the French Riviera are here.