A pandemic really puts a damper on travel; stating the obvious here. By July of last year I had already had to cancel four different trips. And now it was a friend's big birthday and there was no end in site of the travel restrictions. So she and I decided to book a safe road trip and get a change of scenery.

We were headed to Lincoln City, Oregon where neither of us had been before. I had found a large 2-bedroom, 2-bathroom condo with a private hot tub and ocean views and it seemed like a relaxing and socially distanced getaway.

We took the long way down, driving I5 south to Longview and then 30 West to Highway 101 South. I had picked up sandwiches before leaving Seattle so we were able to stop and have a nice picnic in the sand at Cannon Beach, picking a place far from other beach goers. 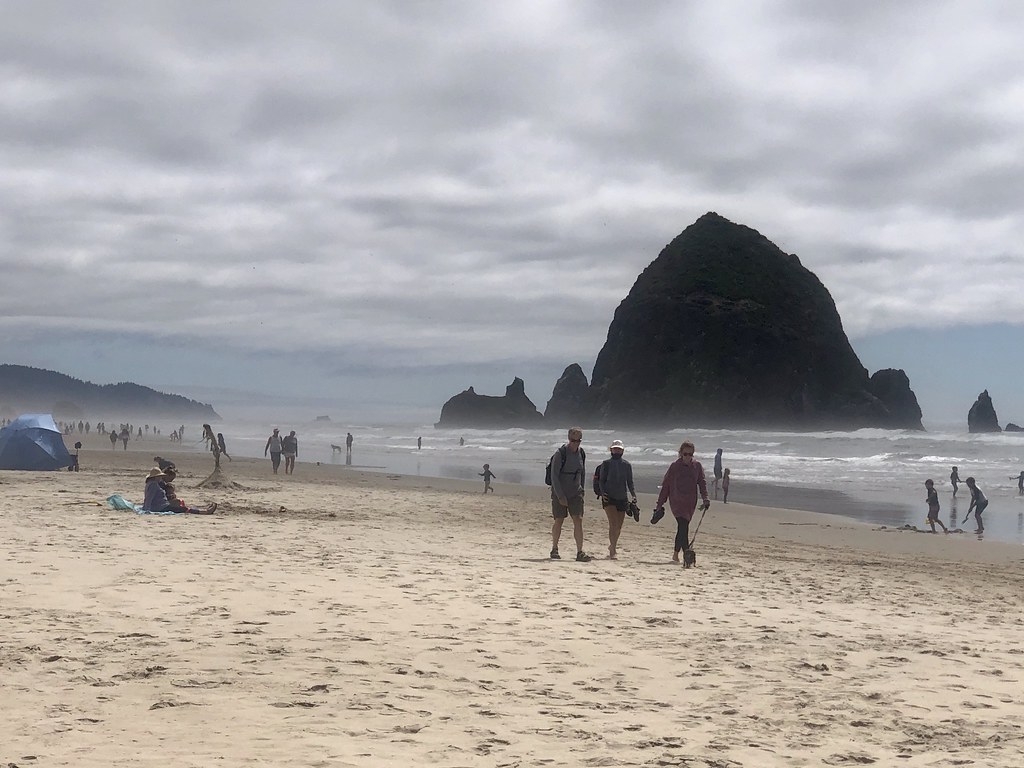 Continuing on 101 we stopped at a few of the lookouts; the weather was stunning! 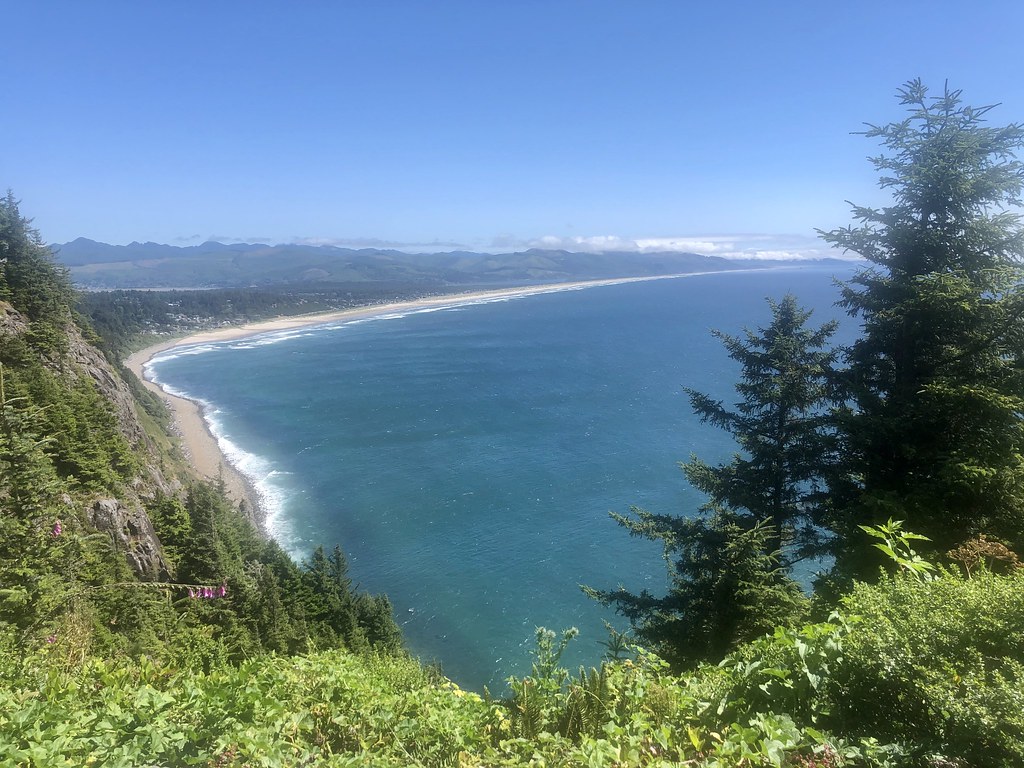 We stopped at Manzanita Beach and had a quick walk around, and then onto Pacific City where we watched people climb the 240 foot high sand dune. 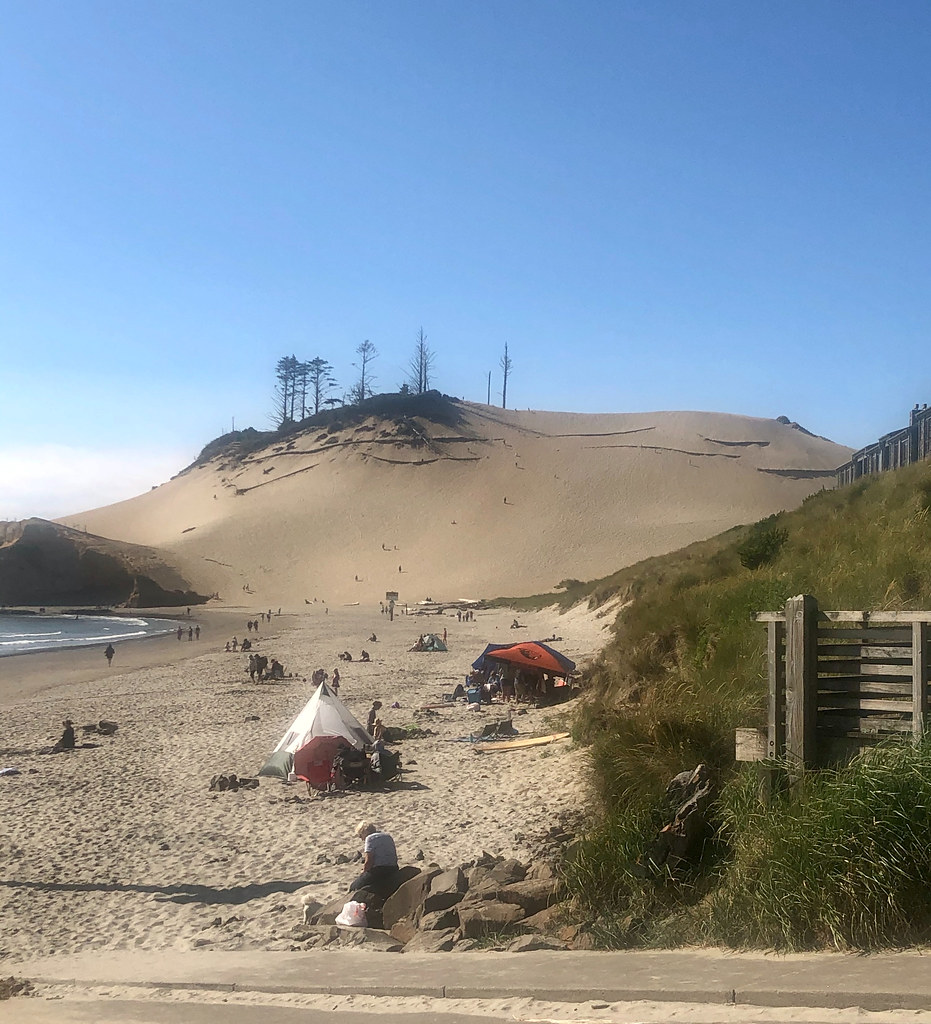 It was late afternoon when we got to Lincoln City, the drive had taken about 7 with stops. We found the condo building and parked in the underground garage. There were luggage carts by the elevators which was great as it made it easy to transport everything in one trip. Check in was self-service so we didn't have to interact with anyone. 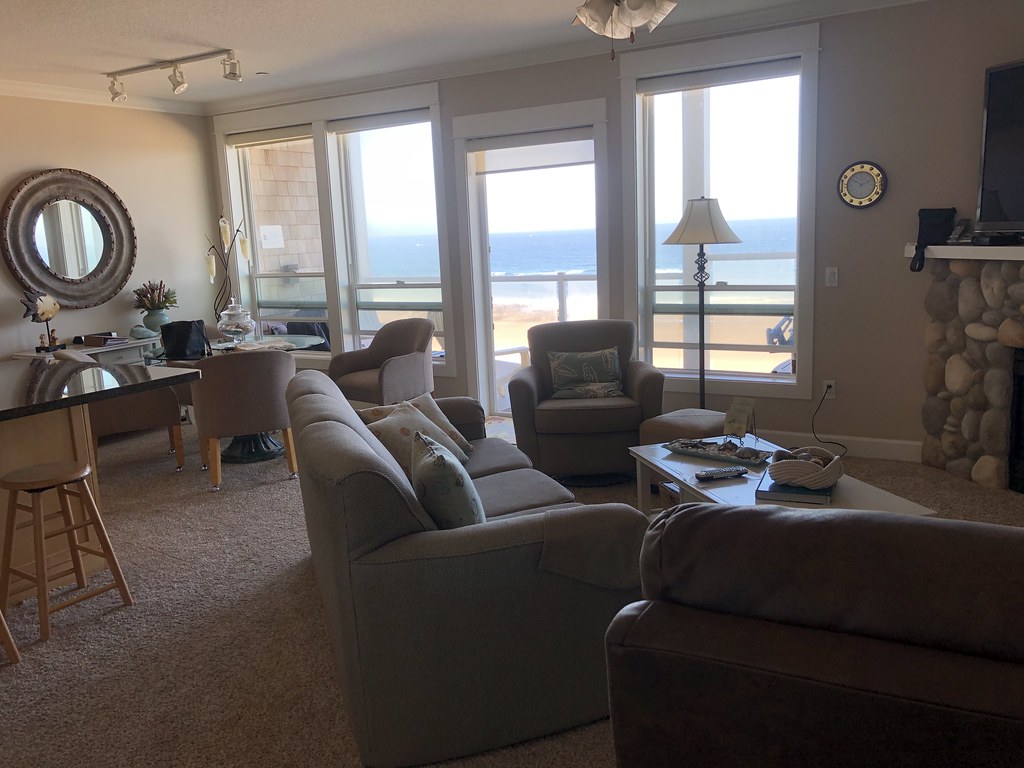 The condo was larger than we imagined! There was a big well stocked kitchen, gas fireplace, washer and dryer, and of course the private deck with hottub!

We immediately set up some drinks and snacks outside so we could take in the ocean views. I cooked the birthday girl dinner that night of halibut with minted peas and roasted mushrooms. Afterwards we hung out in the hot tub and then played games and drank more wine. We had brought most everything from home so didn't need to go out for anything. 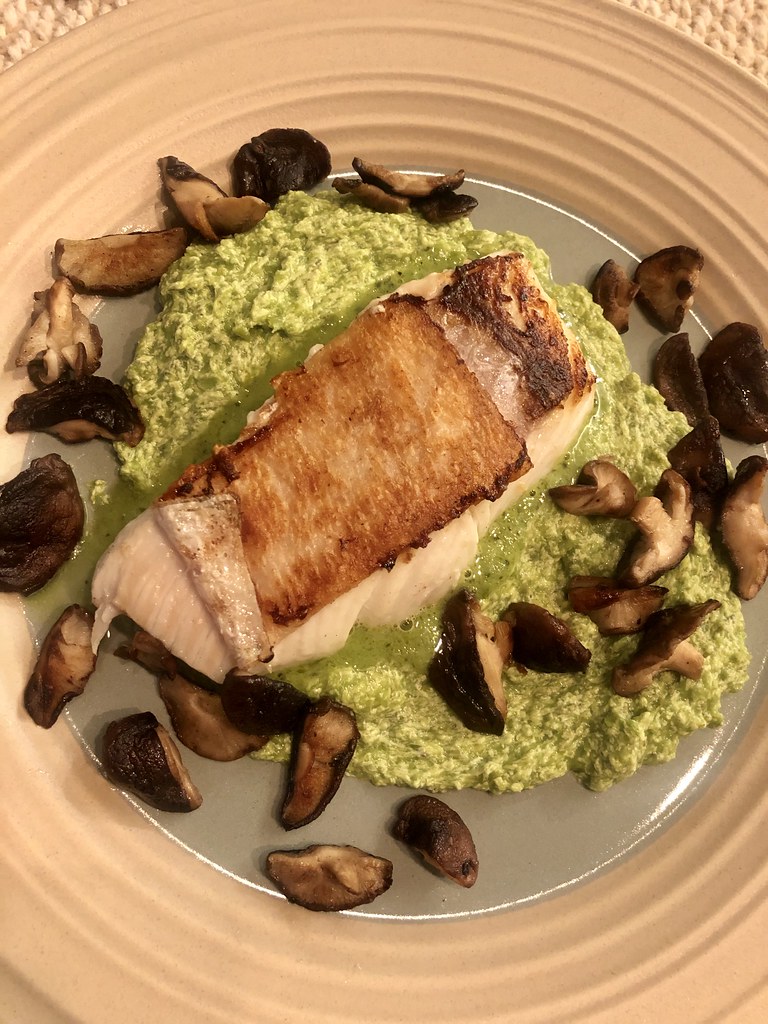 The next morning was cloudy but not raining, so we immediately set off for a walk down on the beach. The tide was out, exposing large rocks which were covered with mussels, barnacles, sea urchins, and starfish. I have never seen barnacles on a menu in the PNW, in Spain they are quite the delicacy, so I was surprised to see them! 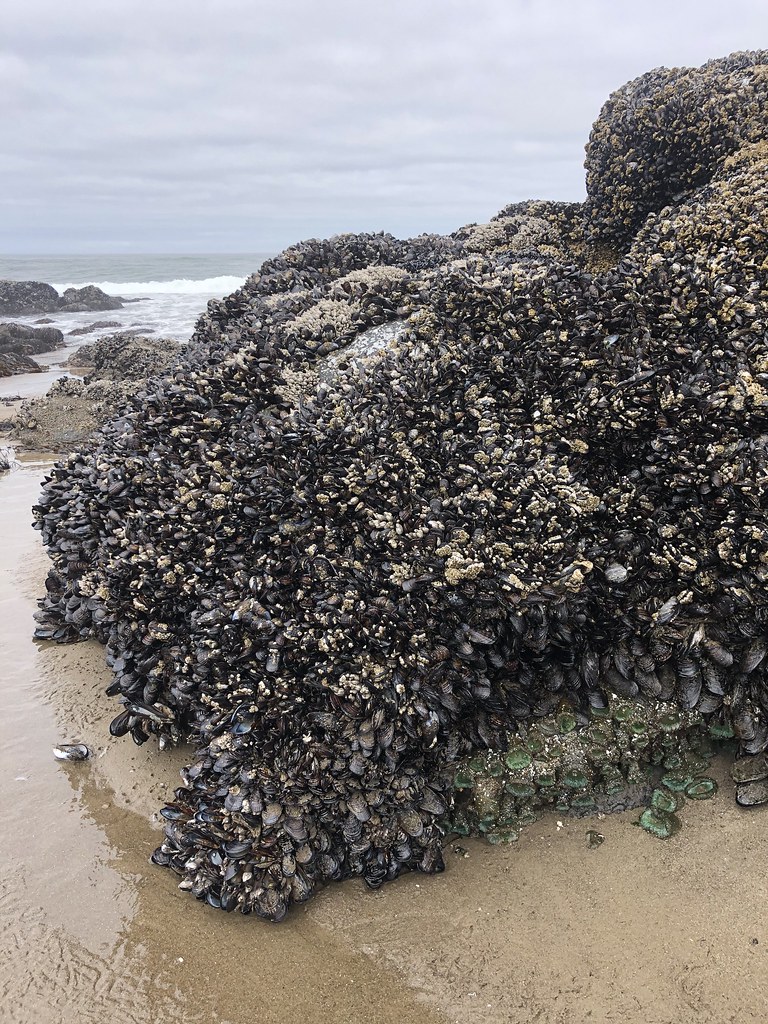 There weren't many people on the beach so it was very easy to keep a safe distance. We walked a mile or so in each direction before heading back to the condo. 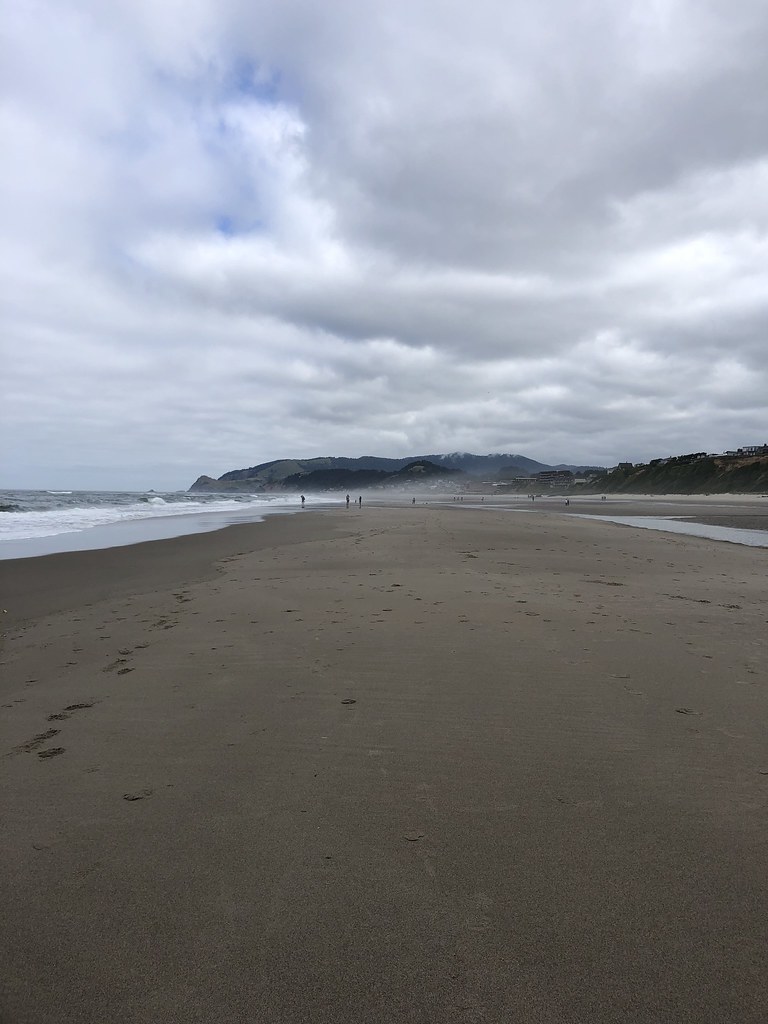 Gail made a delicious breakfast of scrambled eggs, avocado, and homemade English muffins. I made mimosas, 'natch. Then we got in the car and set out to explore some more of the area. 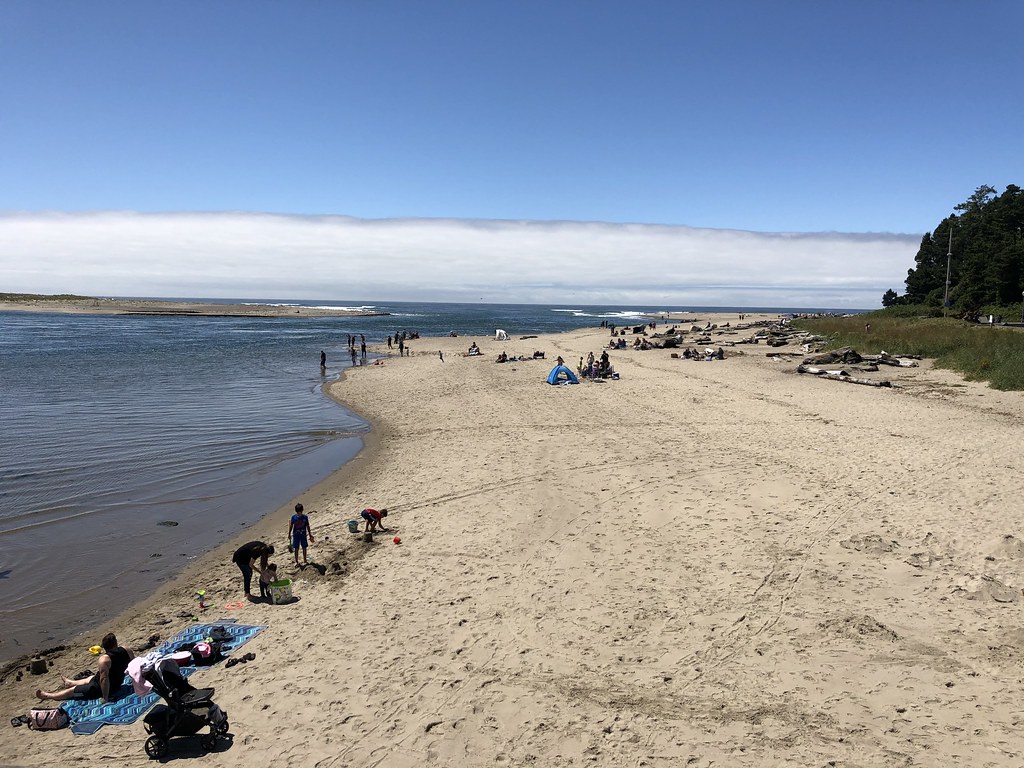 We walked around the cute Taft District, taking in views of Siletz Bay from the public beach. The very popular Mo's Seafood Restaurant was open and serving customers inside, they also had a pretty serious queue at their take-out window. We would not be dining inside anywhere. 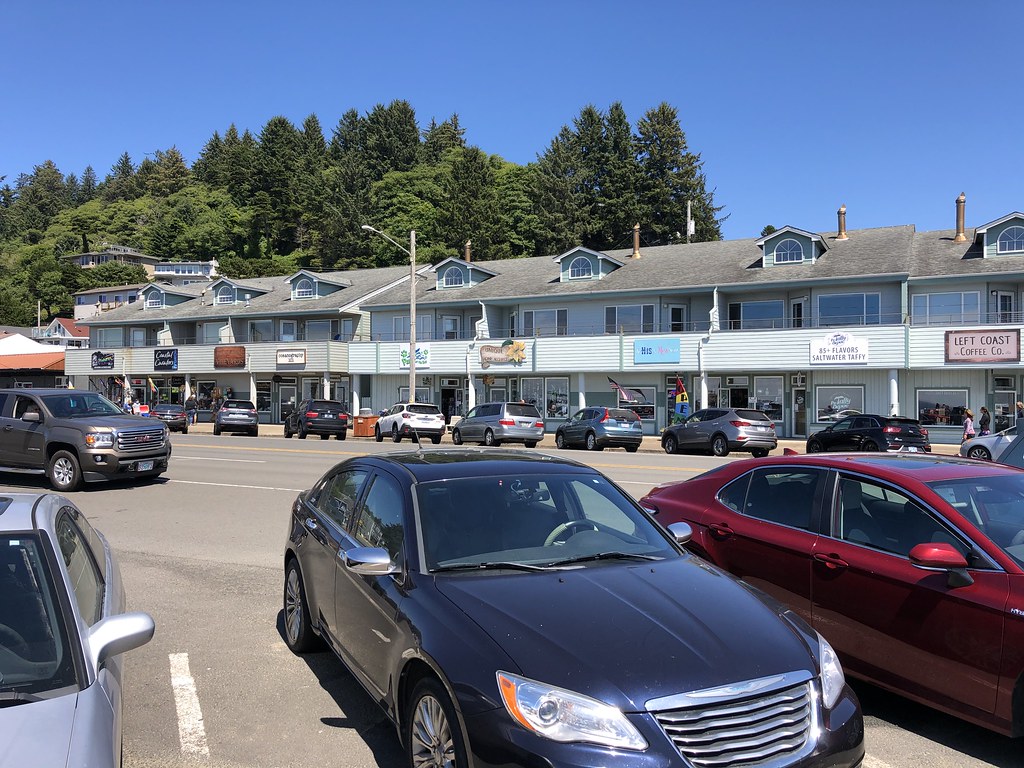 Next stop, Depoe Bay. The ocean facing shops along main street here sell touristy t-shirts, salt water taffy, and ice-cream. We skipped the shopping and instead wandered along, watching the boats out in the harbor. And then we saw whales! Turns out this area is known for grey whales. Generally the whales are migrating to/from Alaska and Mexico, but often in the summer they don't go all the way north and stay here instead. It was a great treat just to be able to stand there and see them, especially for the birthday girl who absolutely loves whales. 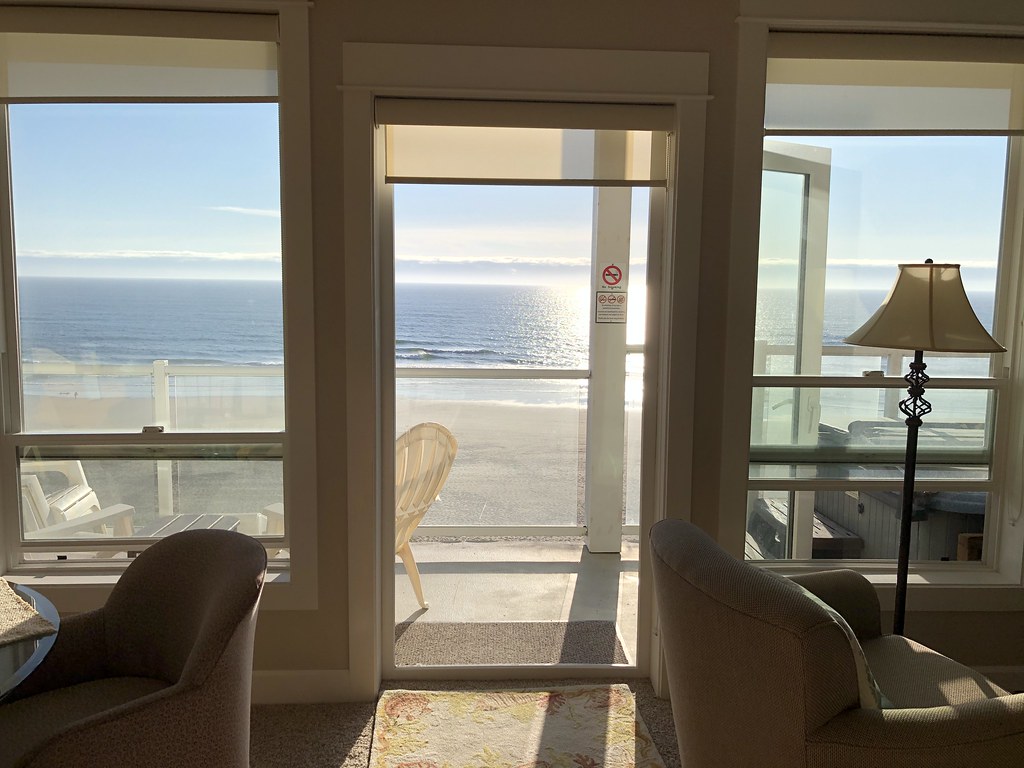 Back at the condo we hung out in the sun on our deck with some rosé, soaked in the hot tub, and played Mexican Trains. That evening we were able to spot the comet NEOWISE right from our deck! I'd say that spotting whales and a comet both on the same day is some kind of nature lottery ticket!

Dinner that evening was pan-fried crab cakes and artichokes that we had brought with us. Easy and delicious!

After breakfast the next day we drove to the Salishan area and parked in the golf course lot. From here we picked up the Salishan Spit Trail and headed out for a hike. It was very pretty, and we were the only ones out there, but 90% of the hike is on very soft sand! 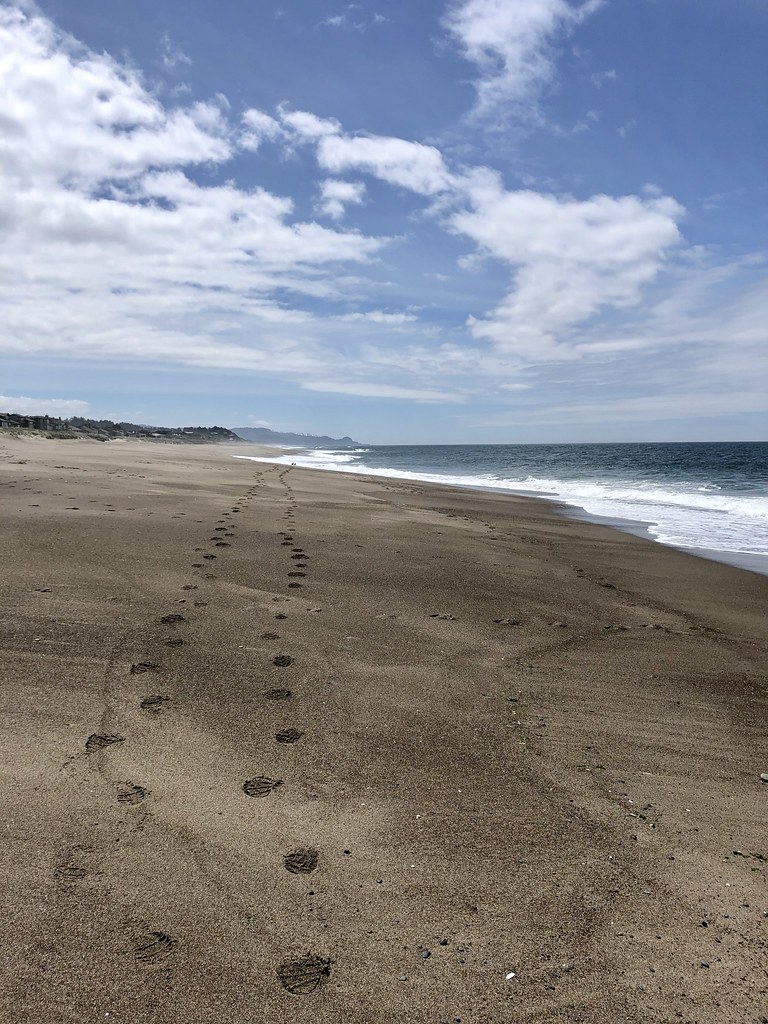 We did not make it all the way out to the tip of the spit to see the sea lions, a 5.8 mile out and back trek.  I had a blister that got really agitated by the sand and Gail finally made me take my trainers off and hike back barefoot. Luckily we spotted a few seals body surfing just out in front of us!

We were starving afterwards so called in a to-go order at the Side Door Cafe which had been recommended by a few of our friends. Pick up was very easy and my Dungeness crab melt was awesome!

We absolutely LOVED this big condo with the amazing views and private deck so when trips continued to be canceled throughout 2020 and I realized that for the first time in 16 years I would not be traveling for New Years Eve, I suggested to Gail that we go back.

We weren't able to get the same unit but we still found a 2-bedroom in the same building. This one was on the ground floor and was a corner unit, still with a private hot tub. And both bedrooms had ensuite bathrooms which was a plus. 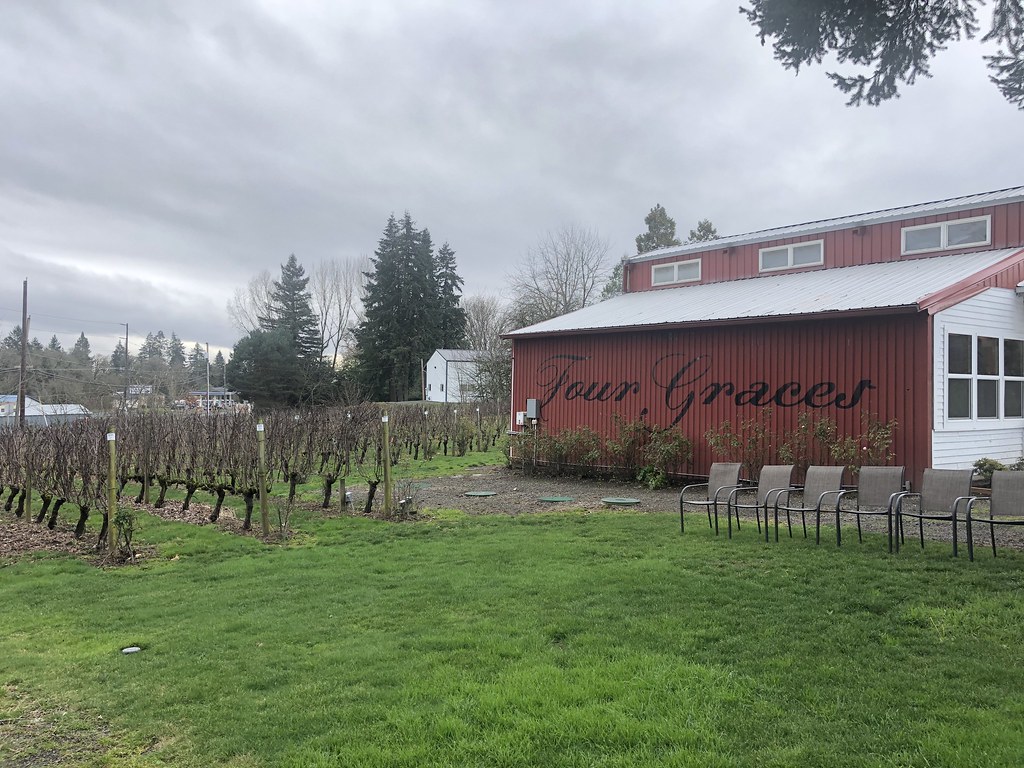 The weather is very different in December vs. July so this time we skipped the beaches and drove straight down I5 to 99W. As we were going right through Oregon wine country we made a stop at Four Graces Winery which was open and had outdoor seating. It was a nice little break and the wines were lovely, we bought some to take with us. 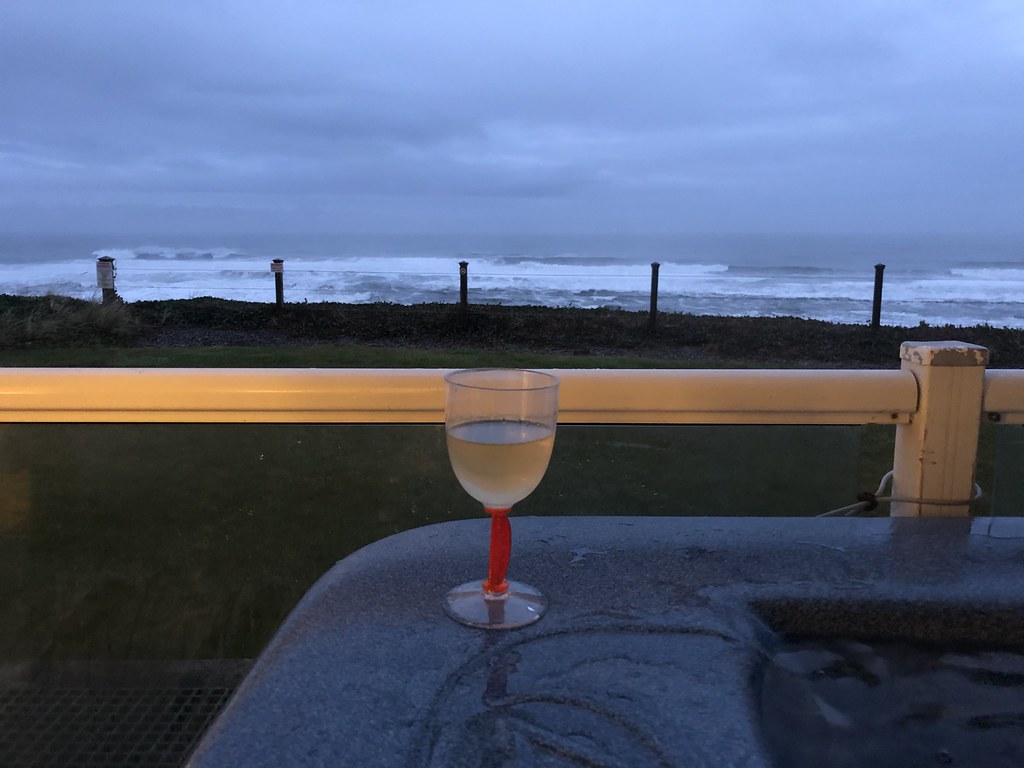 Again, the condo had self-check in so no need to see anyone. We unloaded the car and hit the hot tub; the views here just can't be beat! 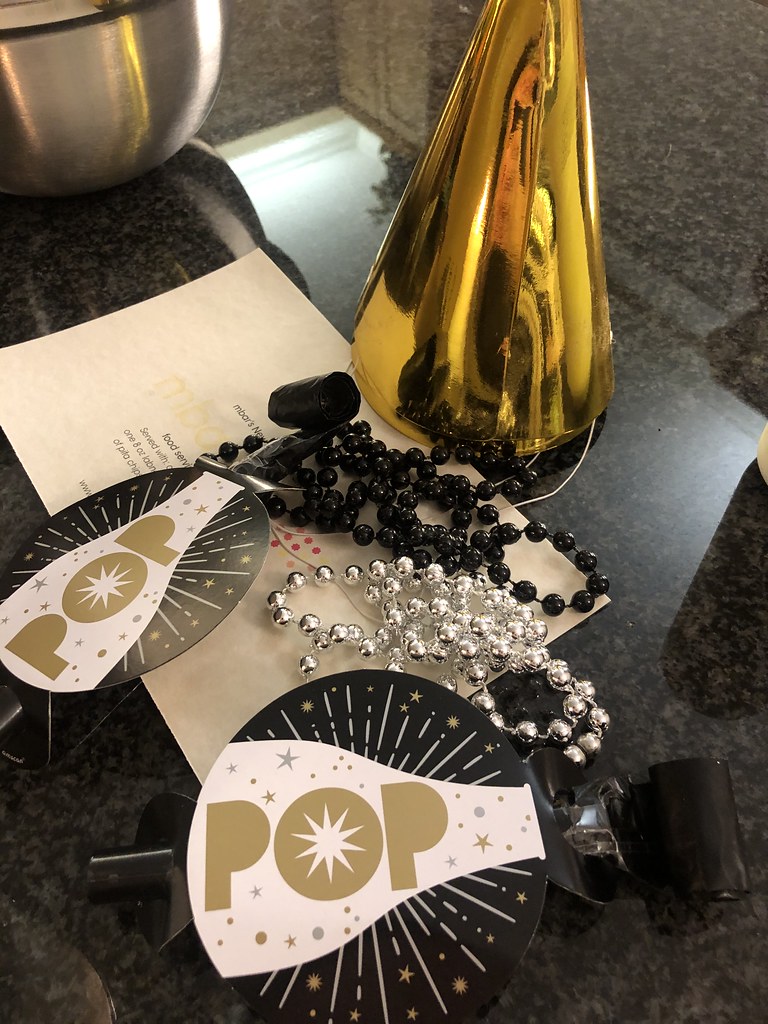 Since it was New Years Eve we had picked up "cook at home" meals in Seattle from Lark and appetizers from Mamnoon (which even came with party favors!) We had a delicious dinner, lots of wine, played Mexican Trains, and FaceTimed our friends in Australia and France. 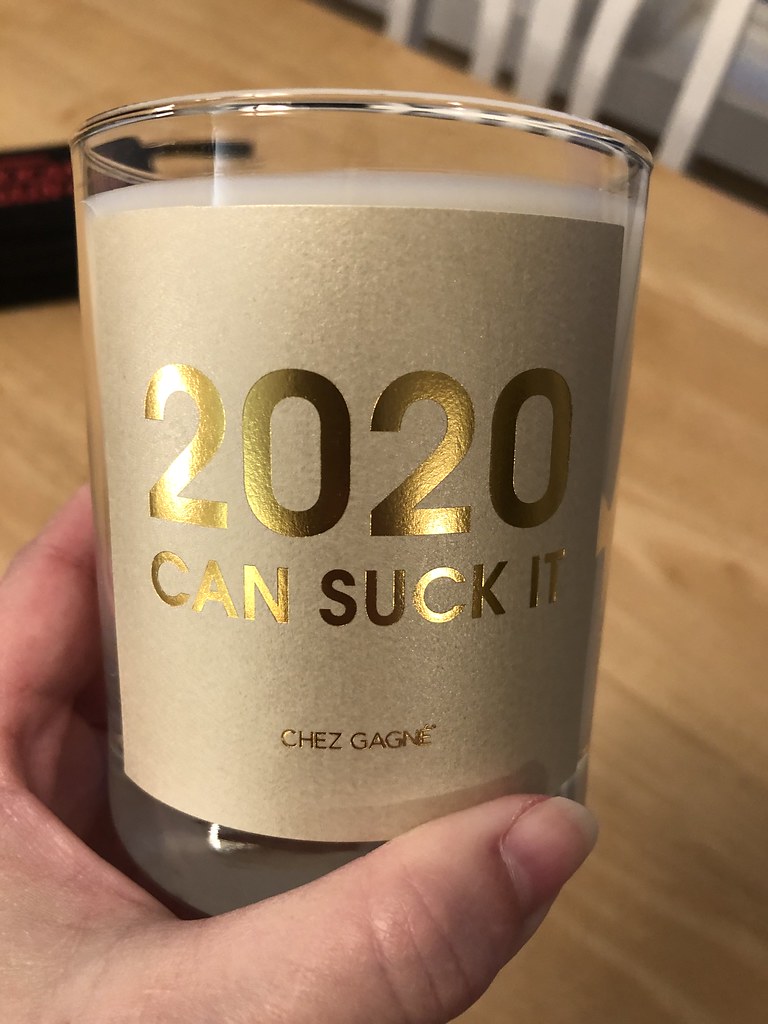 It was far from my normal NYE of being in some foreign and/or exotic location halfway around the world, but it was so much fun and again just felt great to have a change in scenery.

There were huge storms all weekend with winds up to 70 MPH and monster waves! We didn't leave the condo once. We just watched the storm, watched old movies in front of the fire, played games, cooked, and hung out in the hot tub. Well until we saw a lightning strike anyway!

The weather cleared the day we were leaving so we got a short walk on the beach in before heading for home. 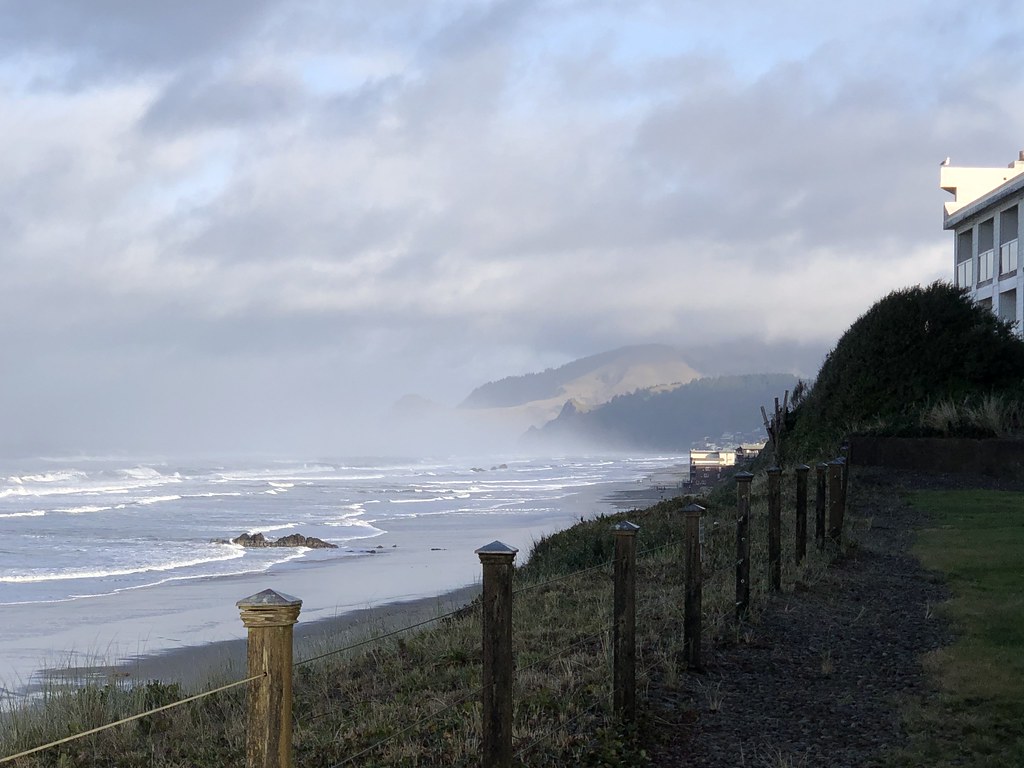 I'm really happy to have options like this for short, safe getaways. But I'll be happier when we can all go about business as usual again!
All photos from Lincoln City are here and here.