Just like the day before, Kong was waiting outside our Airbnb in the morning, ready to take us back out to the temples. I can't stress enough how great it was to have such a reliable driver who was friendly, interested in sharing info on the region, and also spoke English. My #1 tip in this area, hire a driver the first night and if you like them, book them the entire time! 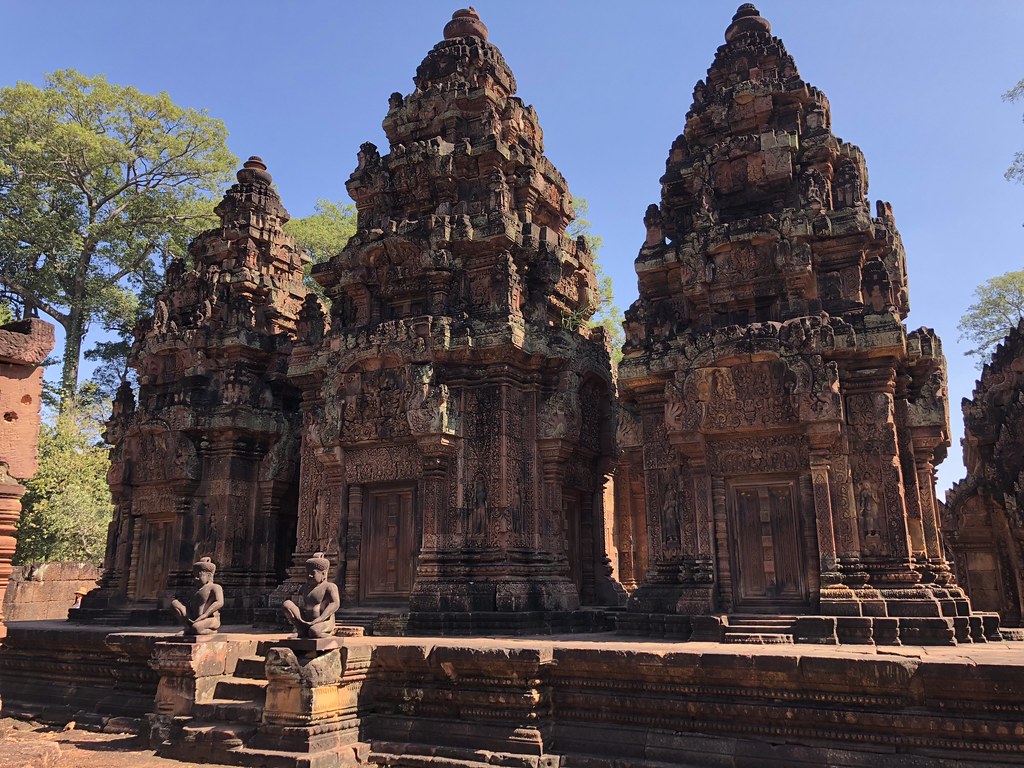 Today's trip, although it would be a shorter day, would cost us $30 as we were going further outside the Angkor area. To start though, Kong drove us to the village of Preah Dak for a traditional breakfast of num banh chok or Khmer noodles. These homemade rice noodles are served with either a fish broth or chicken curry style sauce. It's a simple dish until Kong showed us all the herbs and chili options and how to build our noodles to our tastes. It was a great way to start the day! 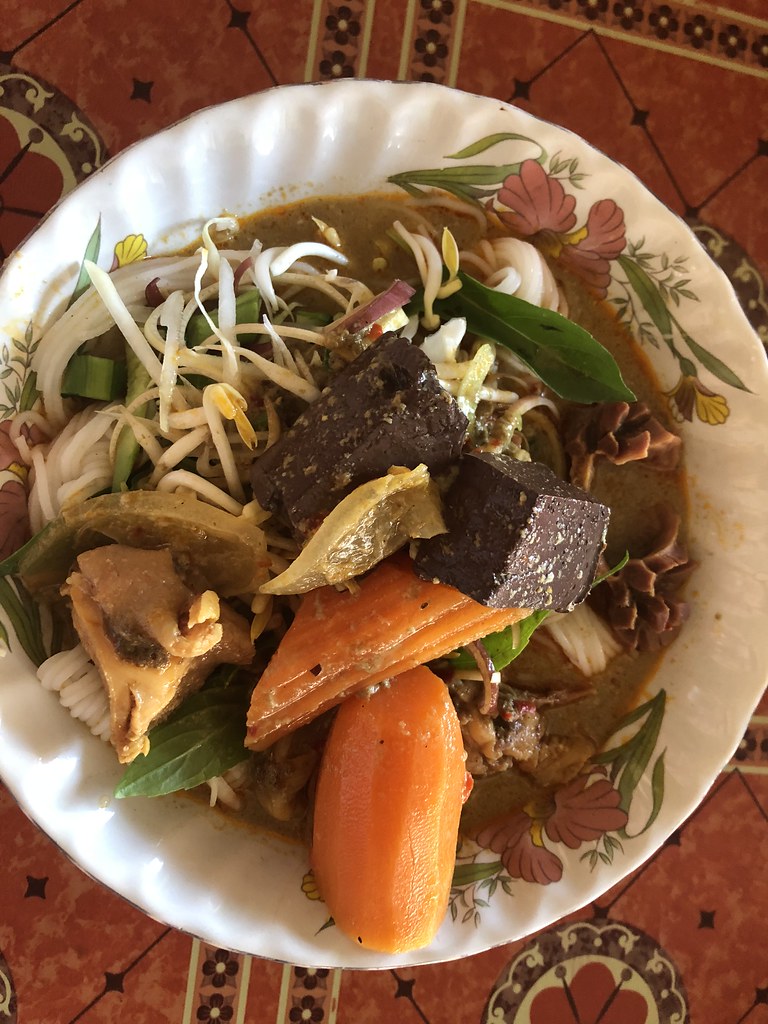 Banteay Srei is 20-miles from Siem Reap, which doesn't sound too bad but when you are in a tuk tuk it takes a while. No worries as the countryside was pretty and it wasn't too hot yet. The temple dates from AD 1000 and is a shrine to the Hindu god Shiva.

When they refer to this temple as a little jewel, they aren't kidding. The carvings are absolutely amazing! And the sandstone sculptures are a slightly pink color. It was also only discovered in 1914! It was absolutely beautiful and there weren't too many people visiting. A favorite of all of ours. 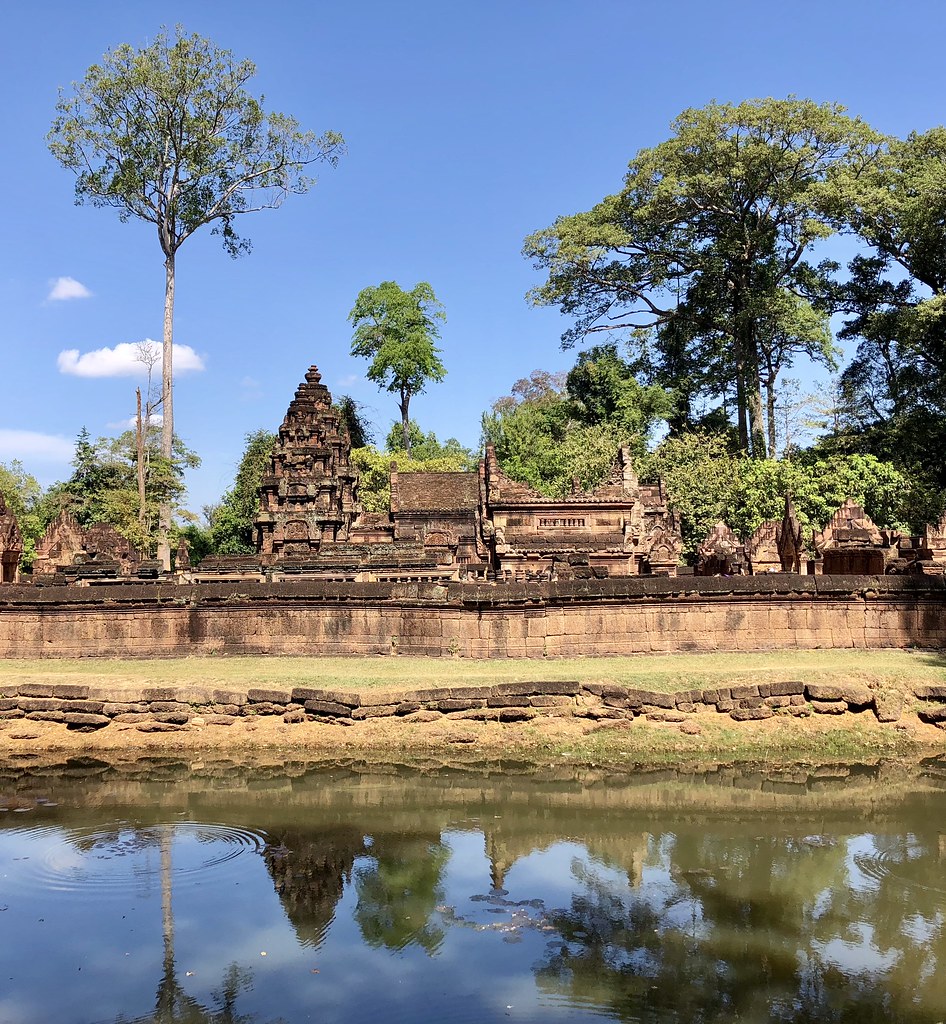 Another thing about Banteay Srei is that you can take the trails that lead around the area for a gorgeous walk. It's a really nice area to explore. 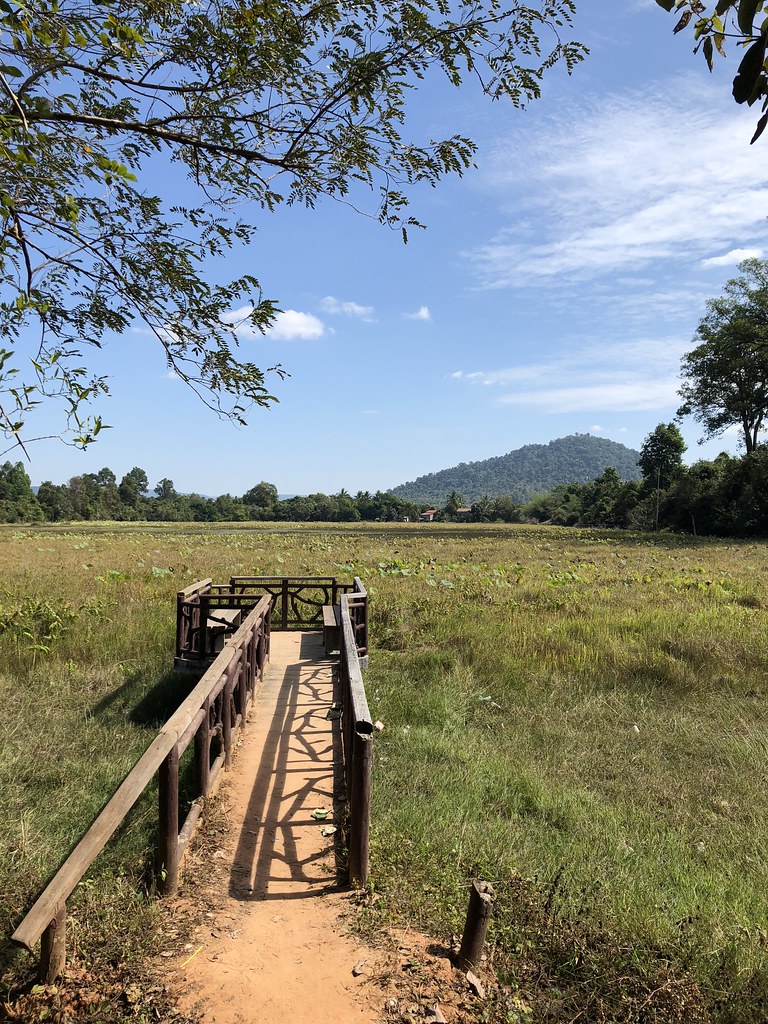 From here Kong drove us to Pre Rup, which is right on the road and super easy to explore. It's small, just 5 lotus-shaped towers, and you climb straight up the front steps to the top. 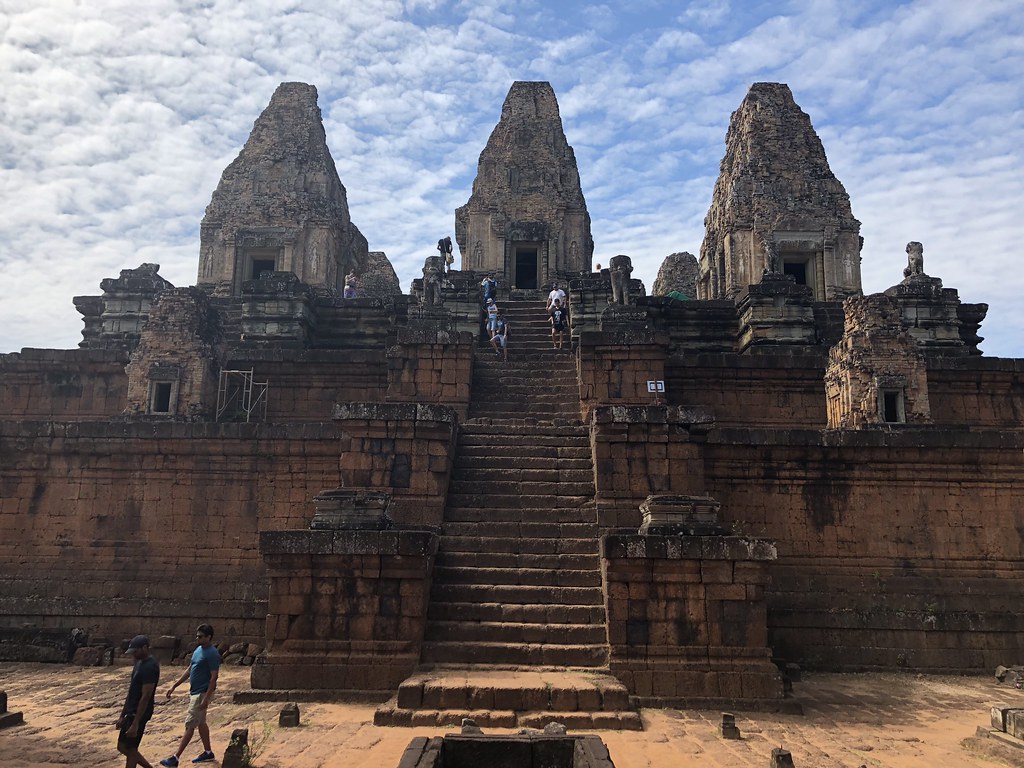 This site dates from 962 and was widely thought to have been a crematorium. It was another really interesting site. They are all so different from each other! 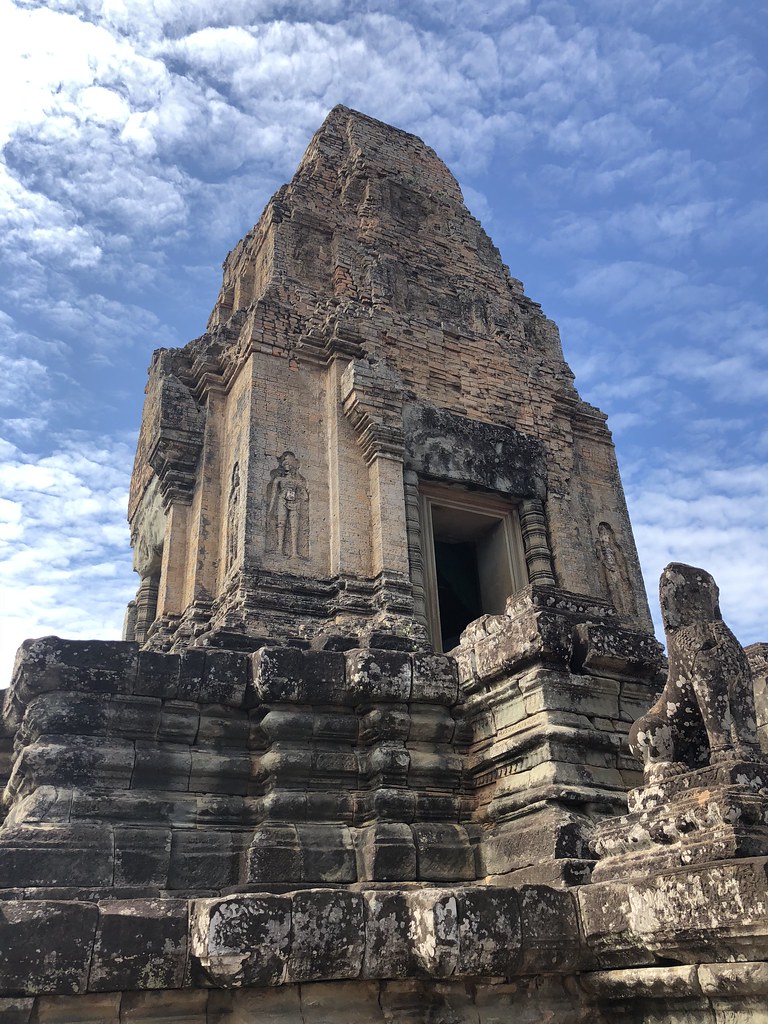 Our final temple was the well known Ta Prohm, or Tomb Raider Temple. The temple is famous for the aptly named Strangler Fig trees, which have wrapped themselves around and over various structures at the site. It's pretty amazing, it was also the most crowded of the temples we visited. 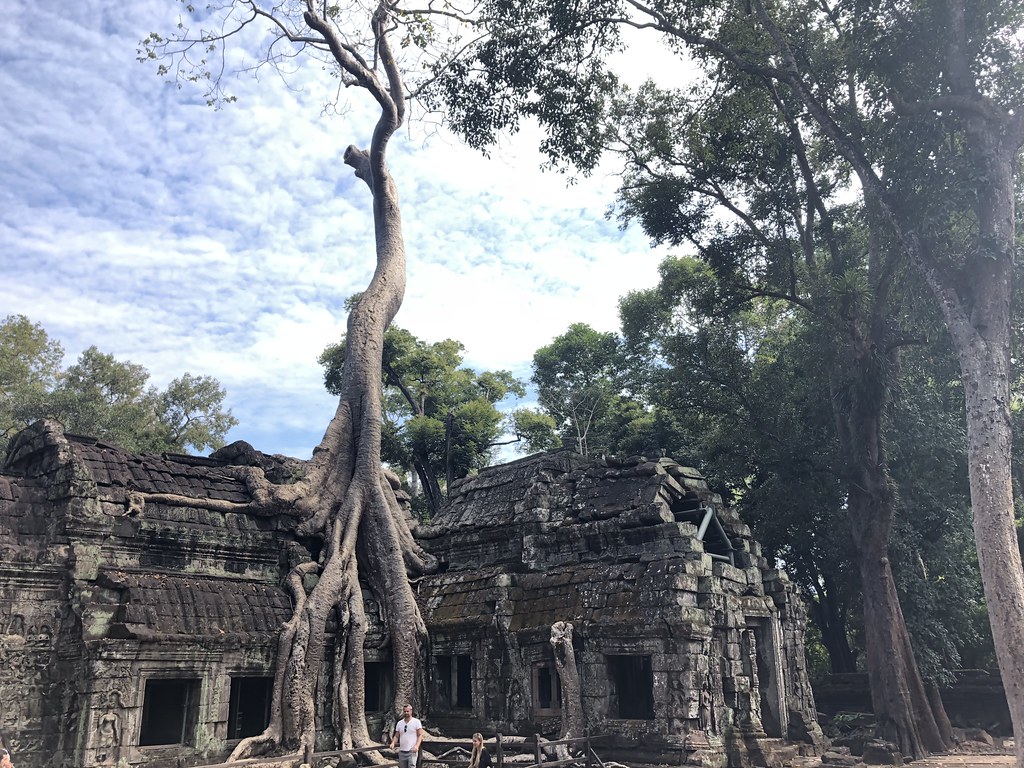 There's a lot of preservation going on, including bracing up roots of trees so they don't topple entire buildings! 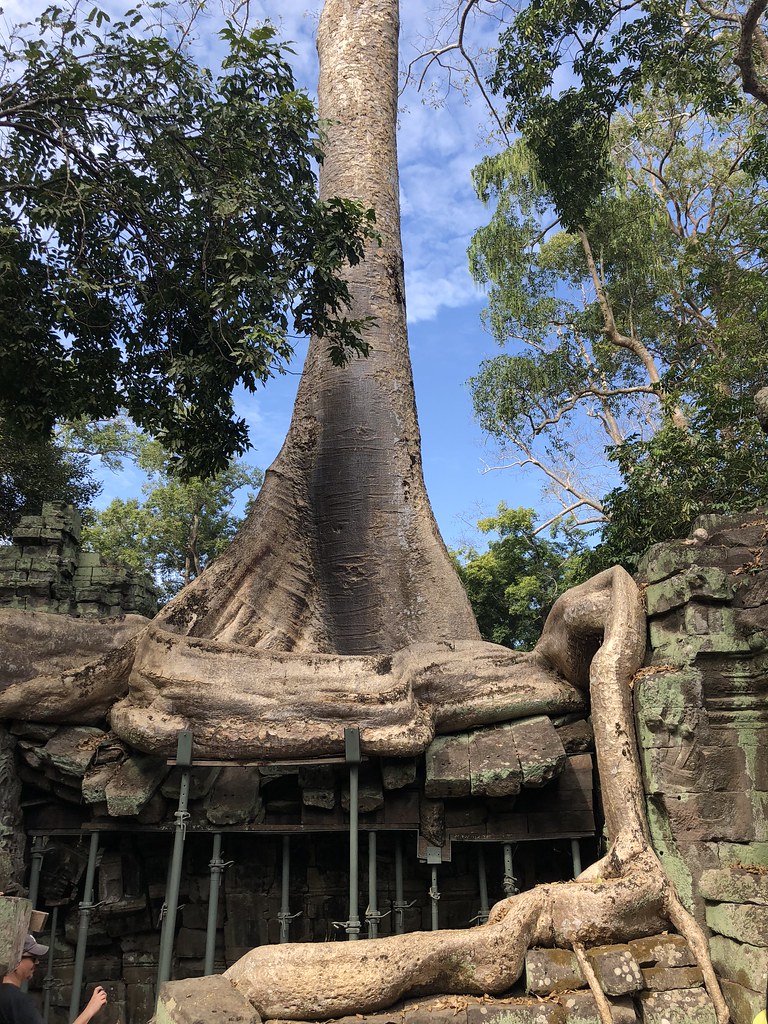 Of course the temple is also known as a location shoot for the movie Tomb Raider, we couldn't pass up having a photo in front of the famous doorway! 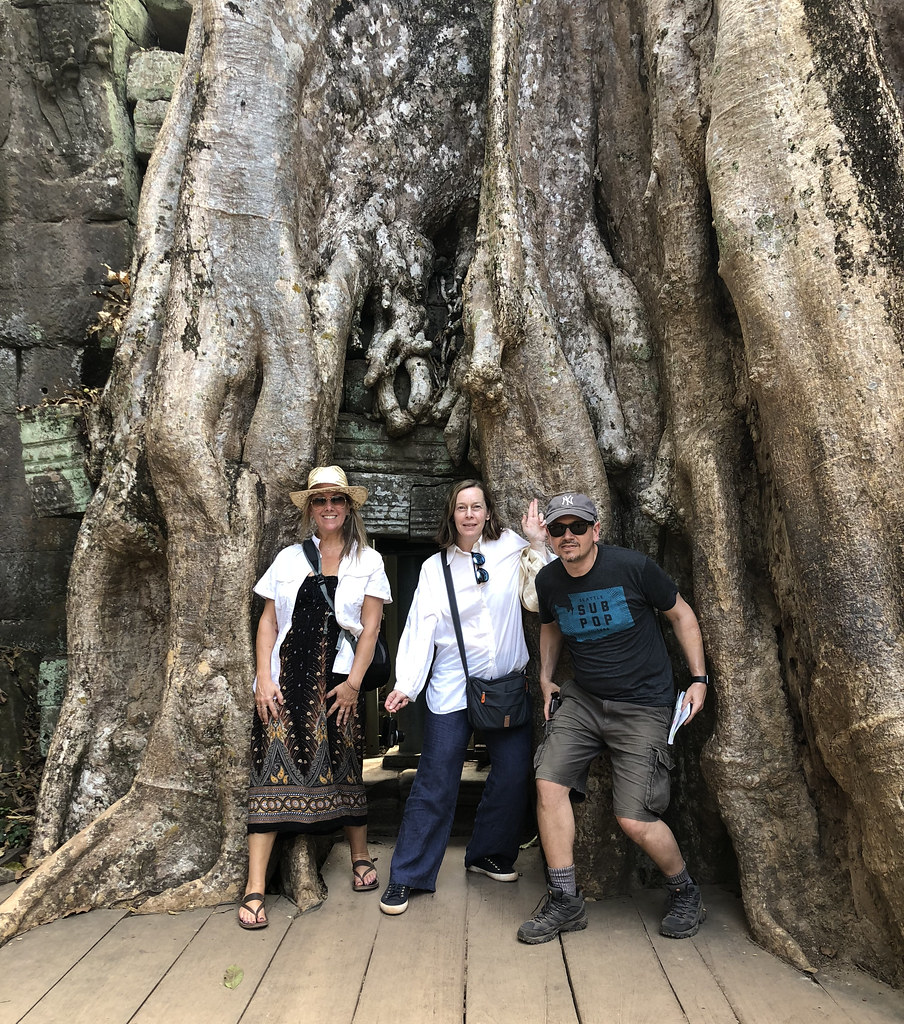 I had read about the animal carvings throughout the complex, including one of a dinosaur! We didn't leave until we found it (no small feat)! 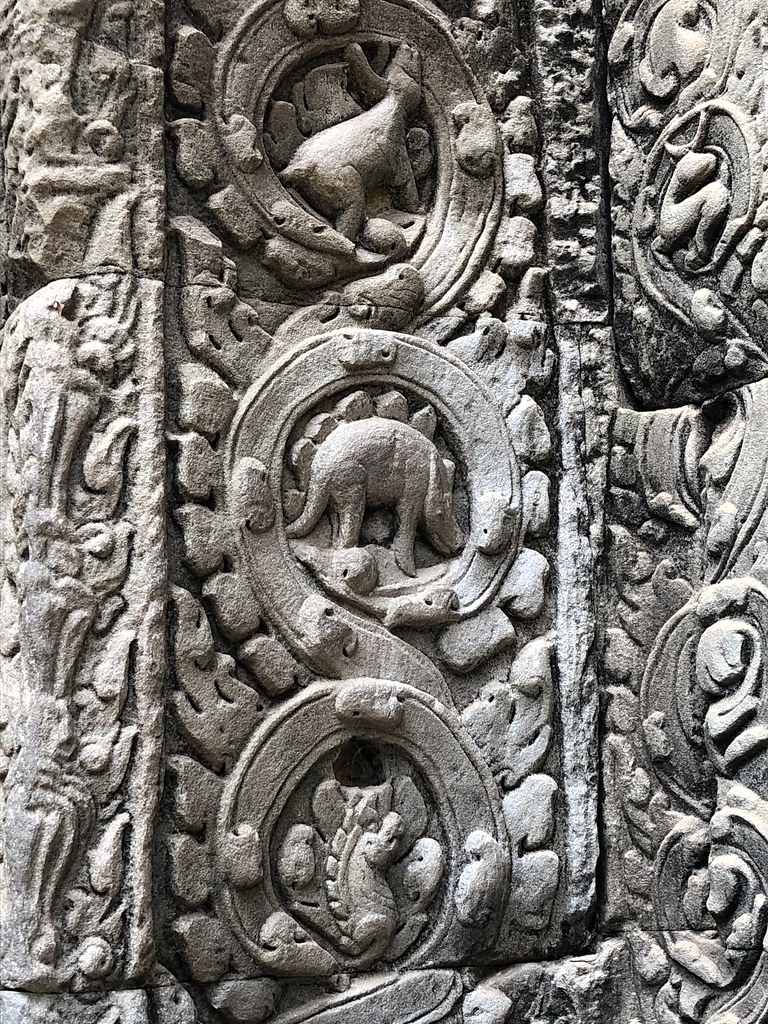 And with that we finished our 8 (out of 70 in the area) temple tour! 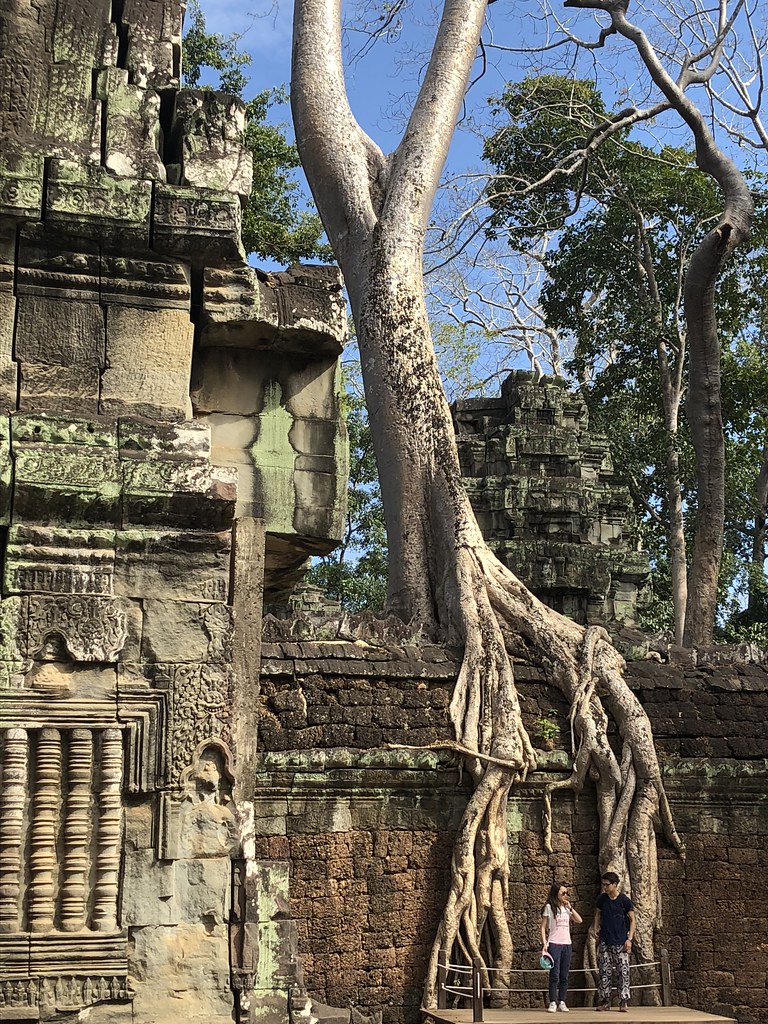 Unfortunately we ended up exiting on the opposite side of the complex from where Kong was waiting for us, and it is a very large area with no easy way to cut back. So we negotiated with another tuk tuk to take us over to the other side and found Kong who had cold beers waiting for us, just what we needed after a hot, sweaty jungle adventure!

I saw so much more than I expected in the Angkor area. An absolutely fantastic bucket list adventure!