A Wee Time in Glasgow

I was on the last stretch of my 17 day trip in the UK and for the first time it was considerably cool, cloudy, and drizzly. I got in my car and drove from Oban to Inveraray, taking the A85, as I wanted to see the castle there. The drive was gorgeous and as I followed the road around Loch Awe I saw a crumbling ruin of a fortress out on the point. I pulled over and consulted my guidebook as to what it was but didn't find anything. Finally I just zoomed in on the GPS and saw it was the 15th century Kilchrun Castle, formerly of the Clan Campbell. If I didn't have a 100 mile drive, and other stops planned, I would have taken the trail that led out there! 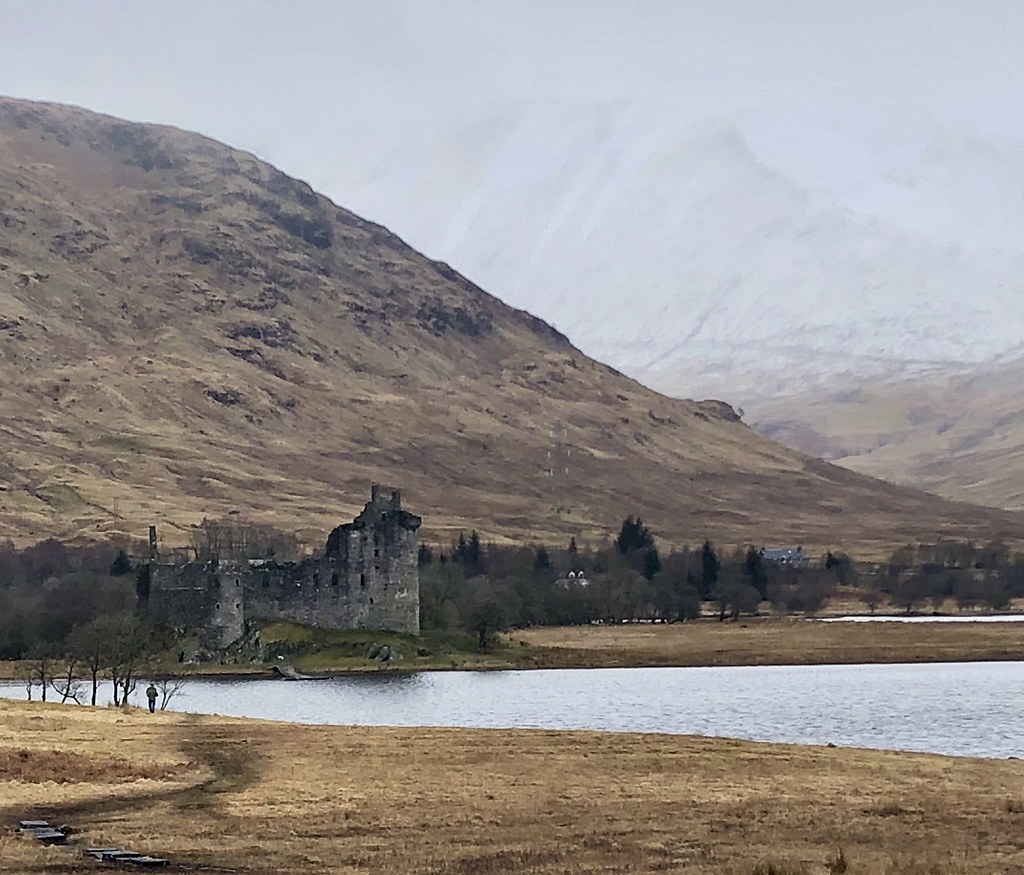 In about 1 1/2 hours I was in the small town of Inveraray and was parked at the namesake castle, the 18th century home of the same clan. Since I didn't have a lot of time I chose to just wander around the grounds and gardens (£5). It's a beautiful castle and the gardeners were busy getting ready for spring, I'm sure it is stunning when everything is in full bloom. 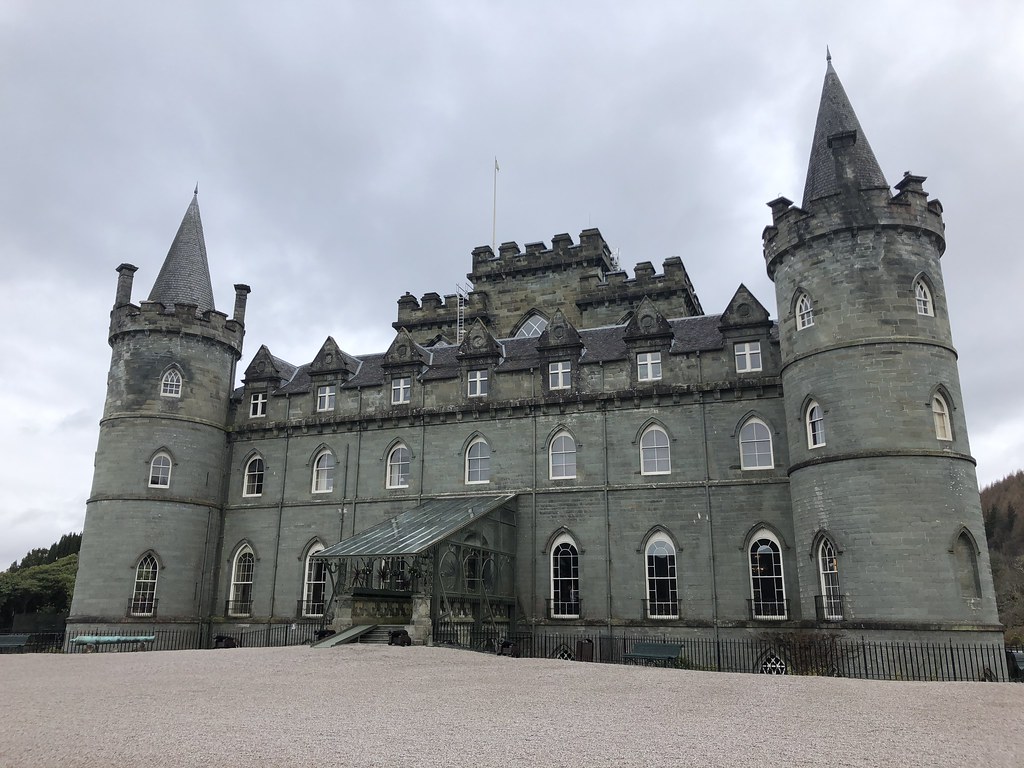 There is a small sheep farm on the grounds as well so I got in my last dose of Scotland sheep. They were very chatty!

I had lunch at the Inveraray Inn, exactly what I was in the mood for, a rich bowl of Cullen Skink and a small beer. The hot soup, warm bread, a cold beer were perfect for the drizzly day and it didn't take me long to get back on the road. I had 1 1/2 hours more to drive and the weather was definitely getting more "authentic Scottish"! 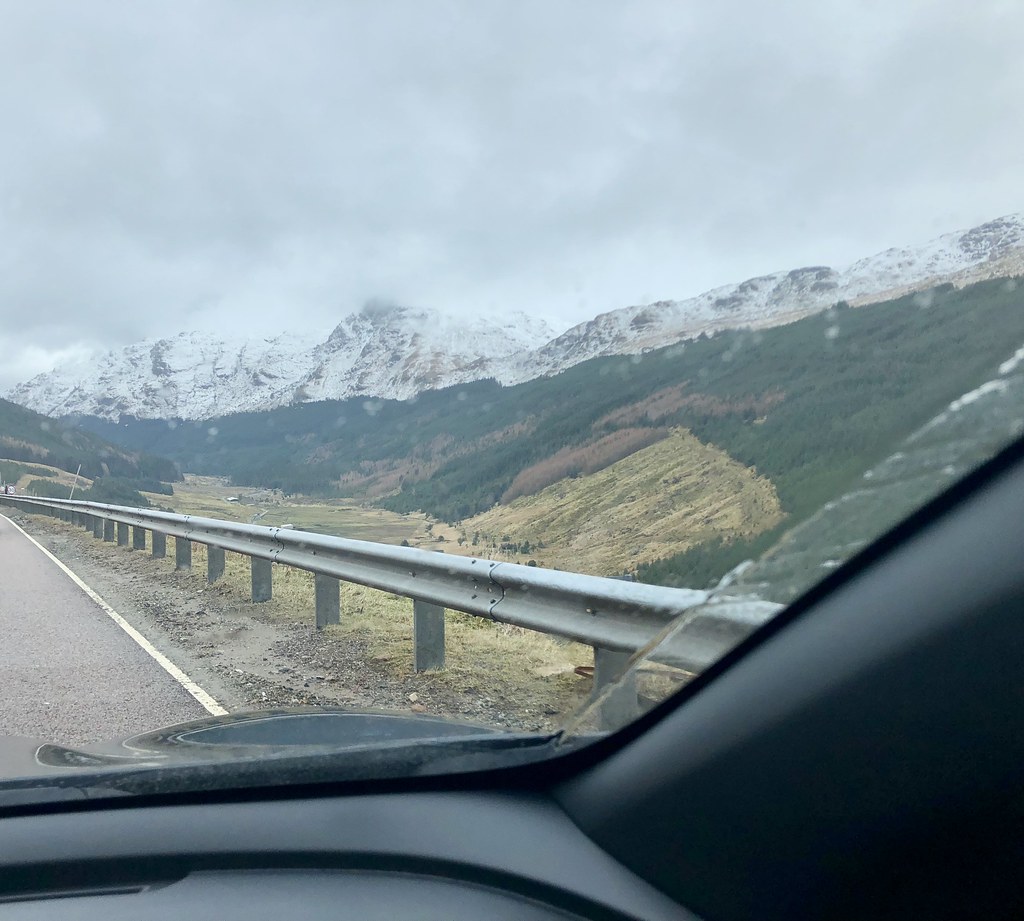 It was another gorgeous drive through the mountain pass at Loch Lomond, where the Highlands meet the Lowlands, but weather and traffic kept me from stopping. Soon I was driving over the big bridge, with 4 lanes of busy traffic, into Glasgow. It was little bit of a shock after being in the countryside! 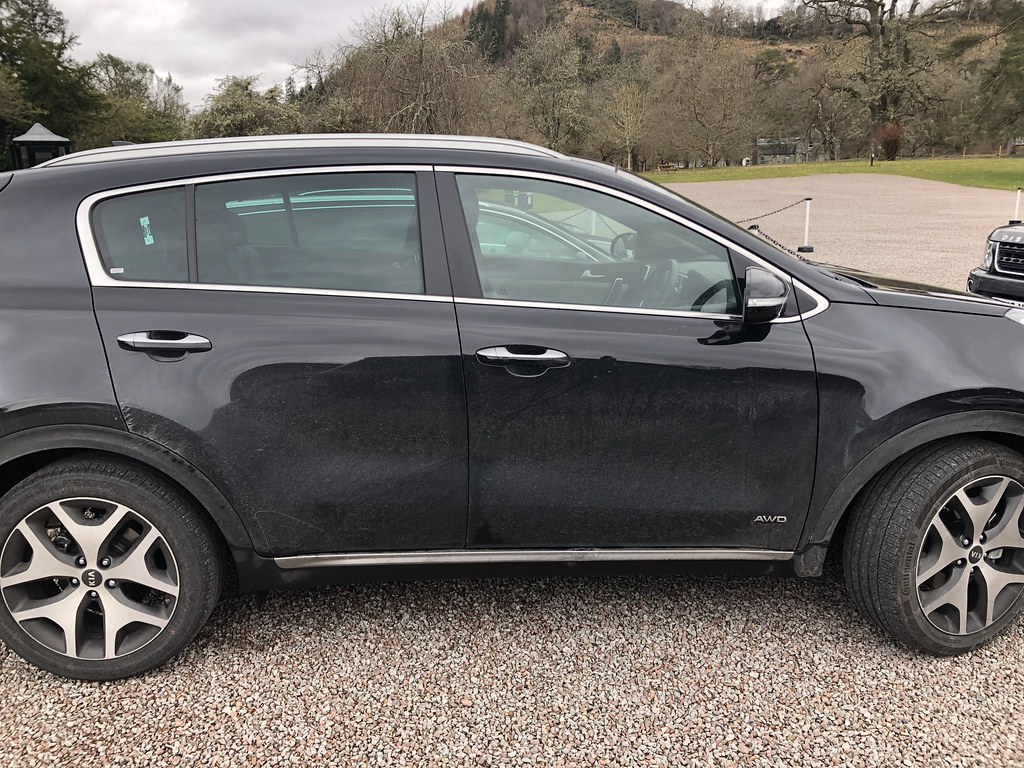 I had a tough time finding the Hertz car rental office in town until I finally parked in a load zone outside of the hotel my GPS kept taking me to and asked the front desk. The office was on the 2nd floor and they just had me leave the car in the load zone. Easiest drop off ever.

Driving tour of Scotland officially done. I'd spent 6 days driving just over 600 miles on the wrong side, had nearly worn out the car's chime warning me to stay in my lane, but I made it and it was an awesome experience!

I grabbed an Uber to my hotel, the Dakota Deluxe, which is in a great location and is quite nice. If there is one thing I've learned from traveling it is to splurge on your last hotel. 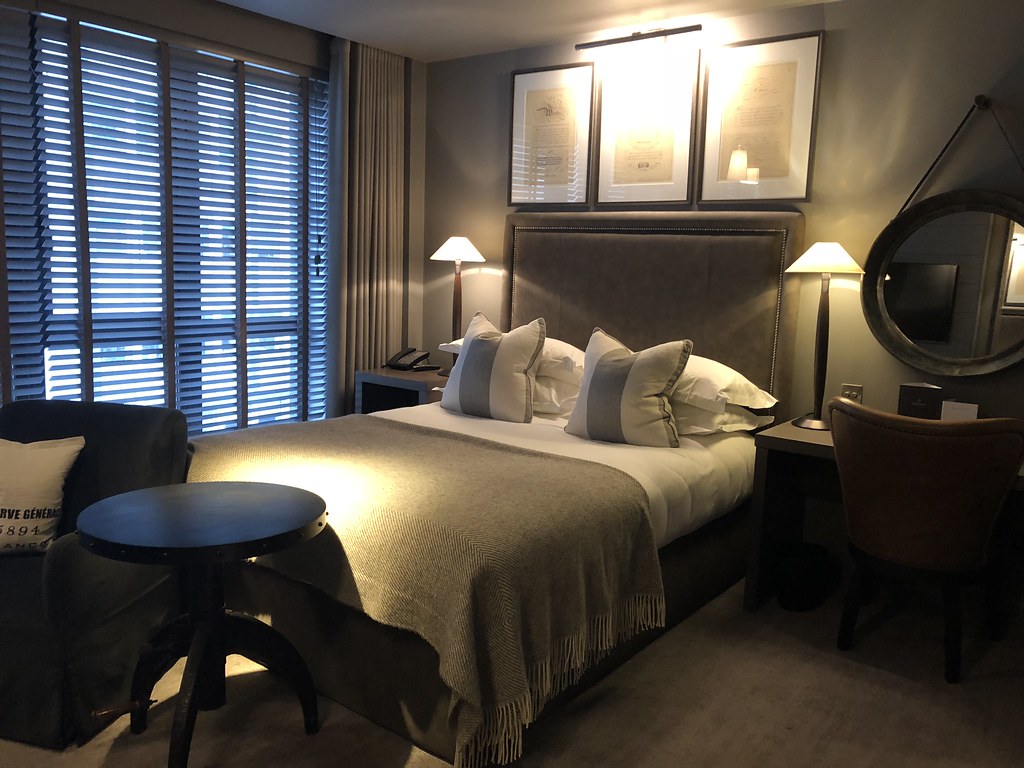 By the time I had checked in the porter had my bags waiting for me in my room. It was super cozy and the bed was crazy comfy. My plan had been to head out for a little walking tour of town but it was sleeting and cold and I was tired. I grabbed a glass of wine from the downstairs bar and chilled out in my warm room.

That night I met my friend Sharon, who lives in Glasgow, at Mother India which came highly recommended. 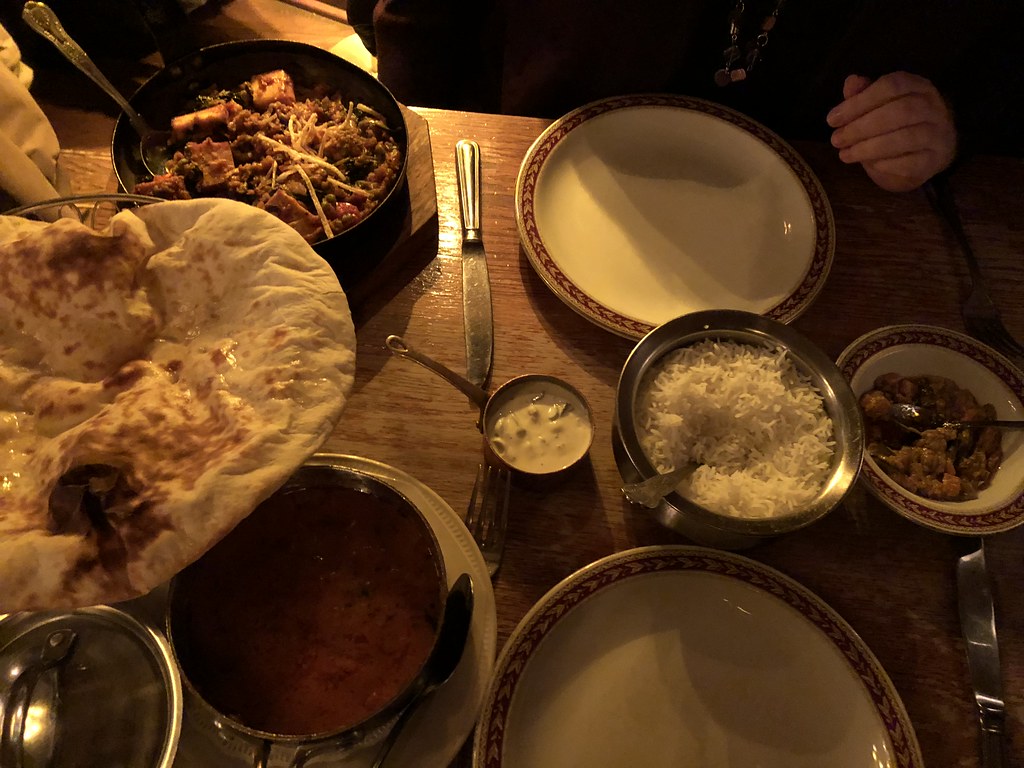 It was good, and we had a great time catching up, but it wasn't as good as the Indian meals I had earlier in the trip in London and Edinburgh had been. Maybe it was just an off night.

The next morning I had breakfast in the hotel, they had a nice buffet of meats, cheeses, yogurts, etc. and then you also ordered something from the menu. All for £12 if you reserved through the front desk (£15 if you just showed up I think).

The day was cold! I had been spoiled by all the sun over the last week. Now it was raining, snowing, and cold! I ditched my plans to walk, called an Uber, and headed to the Kelvingrove Museum for the special exhibit on Charles Rennie Mackintosh, a Scottish furniture designer, architect, and painter who I knew little about. 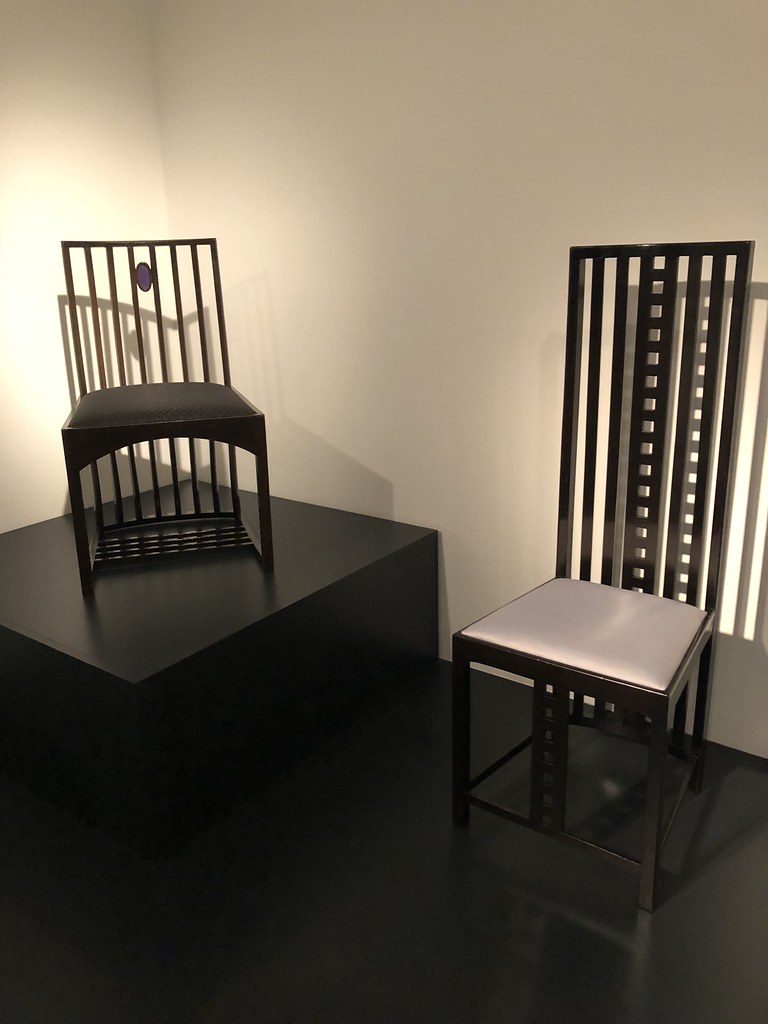 The exhibit was very interesting and it's on until August 14, 2018 if you end up in town. The entire museum is quite awesome, I didn't have a lot of time before my lunch reservation but I did a quick poke around. 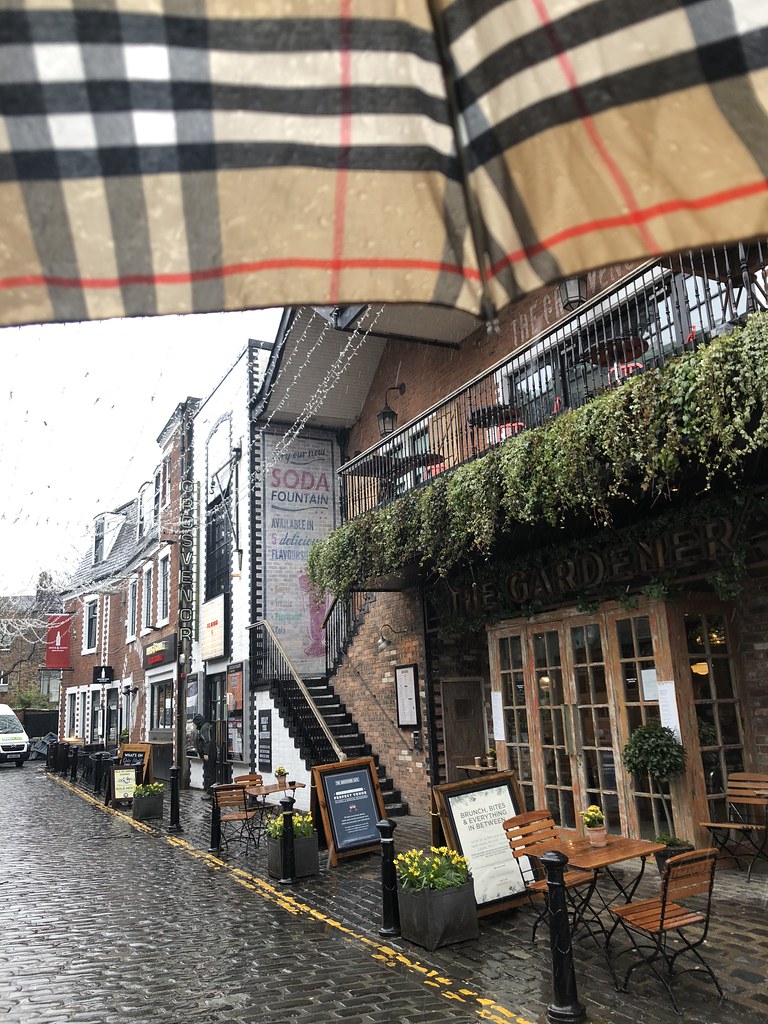 Lunch was in Ashton Lane, where everyone will tell you to go as it is a very cute pedestrian only area with lots of restaurants and bars. I found my way to Ubiquitous Chip and had a lovely 3-course lunch of cod & crab beignet, roast fennel with crispy risotto, a side of beef stovies (I'd never heard of them before!), and a lovely cheese plate. I'd absolutely recommend this spot!

Next up was a visit to the Tenement House Museum , which was the house of Miss Agnes Toward from 1911 until 1965. It has been preserved with her things to show how she (and others in the tenement) lived. There are additional exhibits about tenements in general. It's just a small house so it doesn't take long to go through, I thought it was very interesting! 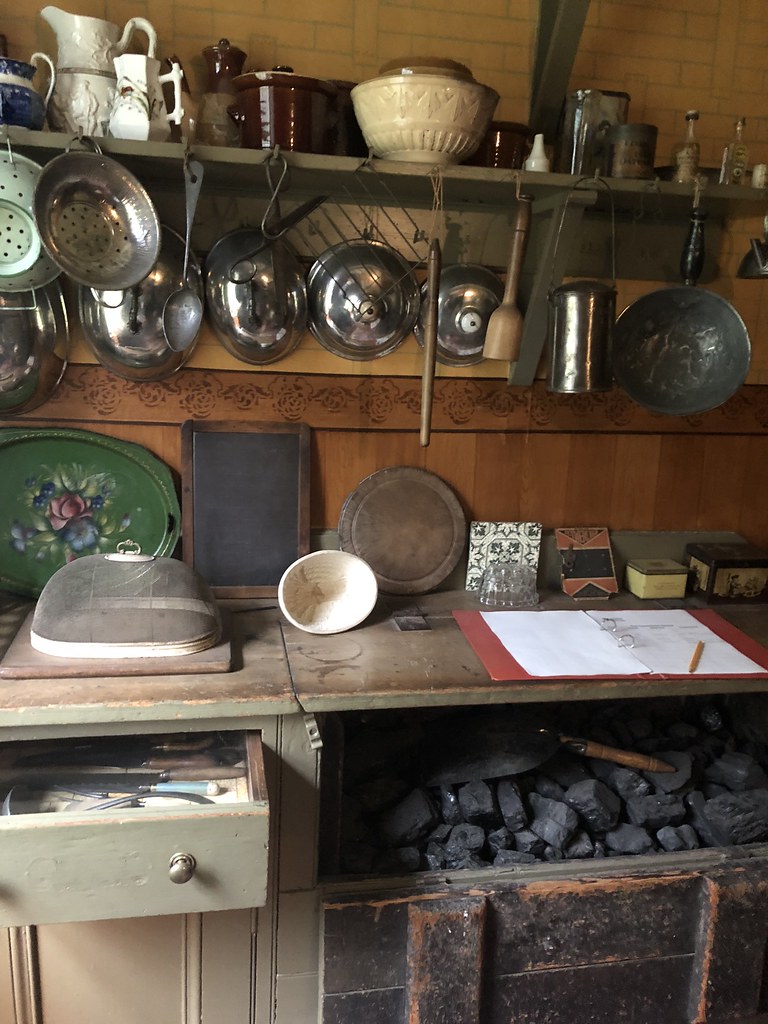 Culture, √. Time for shopping. The bartender at my hotel had told me that I would likely find all the gin I could imagine at The Good Spirits Co. He was correct! 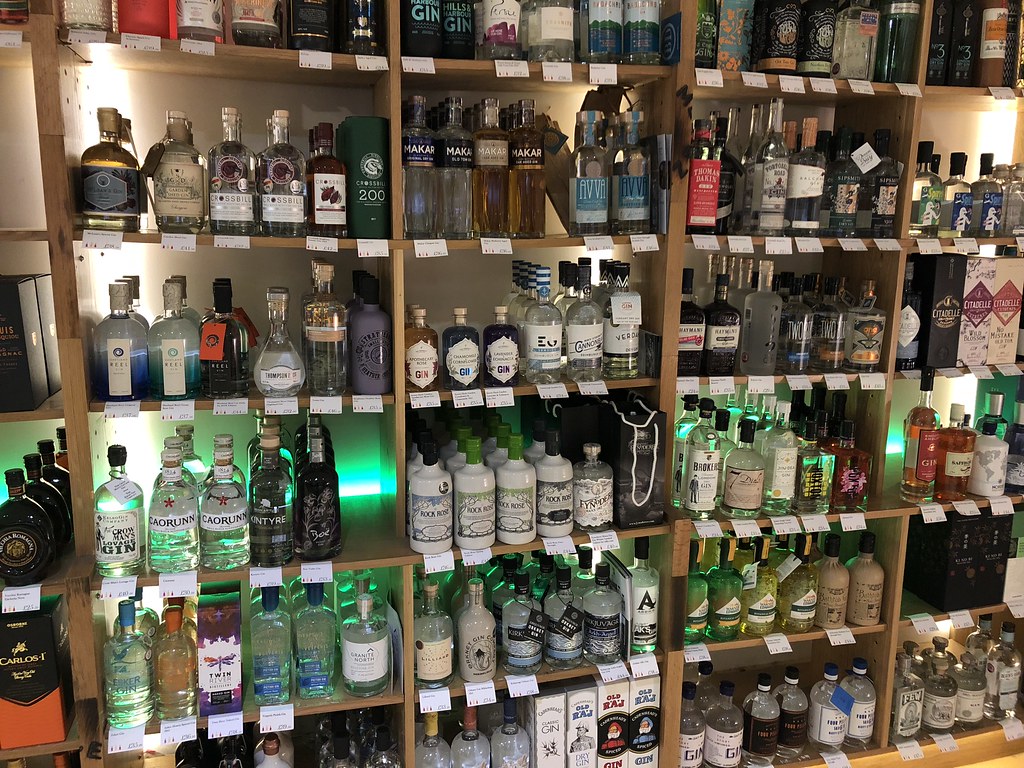 I had been keeping a list of all the Scottish gins I had tried and I was ready to bring a few home. The staff here is excellent and they will happily pour you tastes of most anything. They also carry more than gin but that is what I was there for. Excellent shop!

On my way back to my hotel to drop off my purchases I noticed the Principal Hotel overlooking Blythswood Square. I had heard that the bar here was really good so I stopped in for a drink. The hotel is stunning! There is a bar both upstairs and on the main floor. I liked the vibe on the main floor and had a great time chatting with the bartender while sipping on a Scottish gin martini. 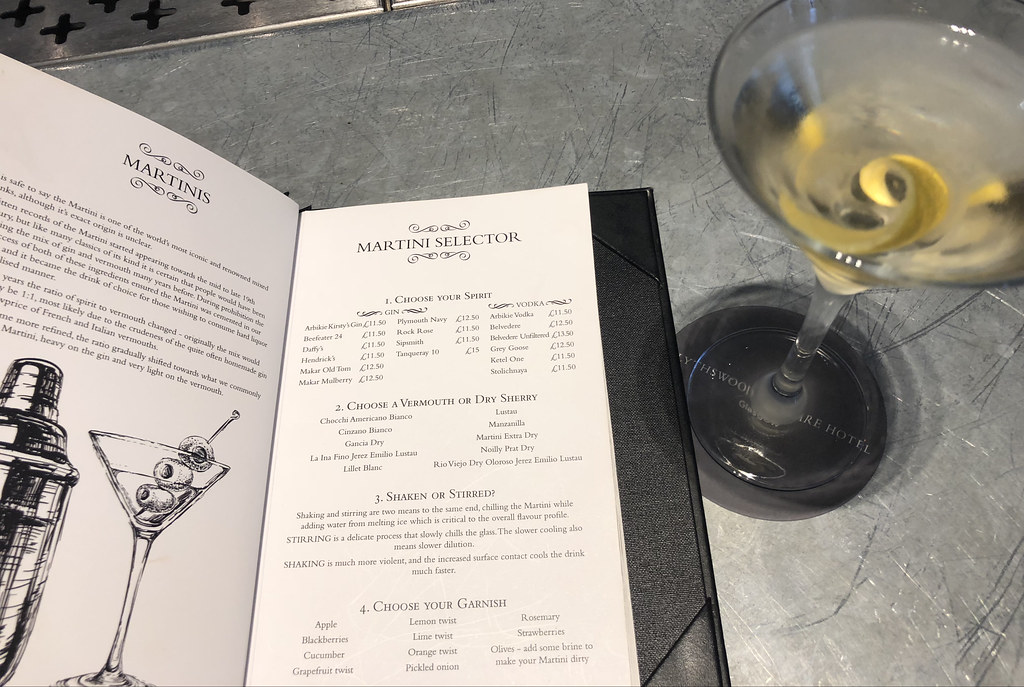 Continuing on the gin theme, it was time for my massage at The Gin Spa, which I was super excited about! Massage + gin = happy Wendy! I made my way to the Merchant City area and checked into the tiny little space. There wasn't really a proper waiting room, no locker room to change, just a little entry that shared space with two manicure tables. I was shown to my room where I changed. I don't know if my masseuse was even a trained masseuse, the massage was so bad. She basically just rubbed oil on me, it was very weird. No discussion of gin botanicals, or anything really. 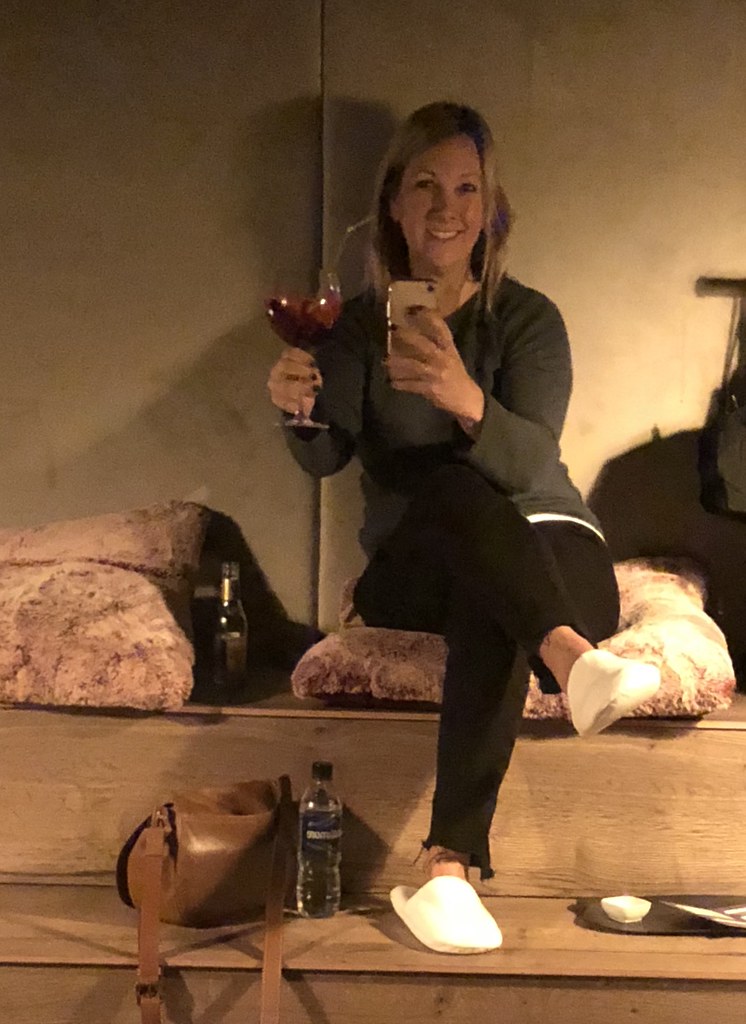 After I was led to these little bleachers and they brought over a cute trolley with a good selection of gins on it. I asked about a few that were unknown to me but they didn't have any other information than what was written on the bottle. I chose a sloe gin and they made me a gin and tonic with it. Which was nice but if that's all it takes to call yourself a gin spa, feel free to come to my house where I will rub some lotion on you, make you a G&T, and charge you $150! 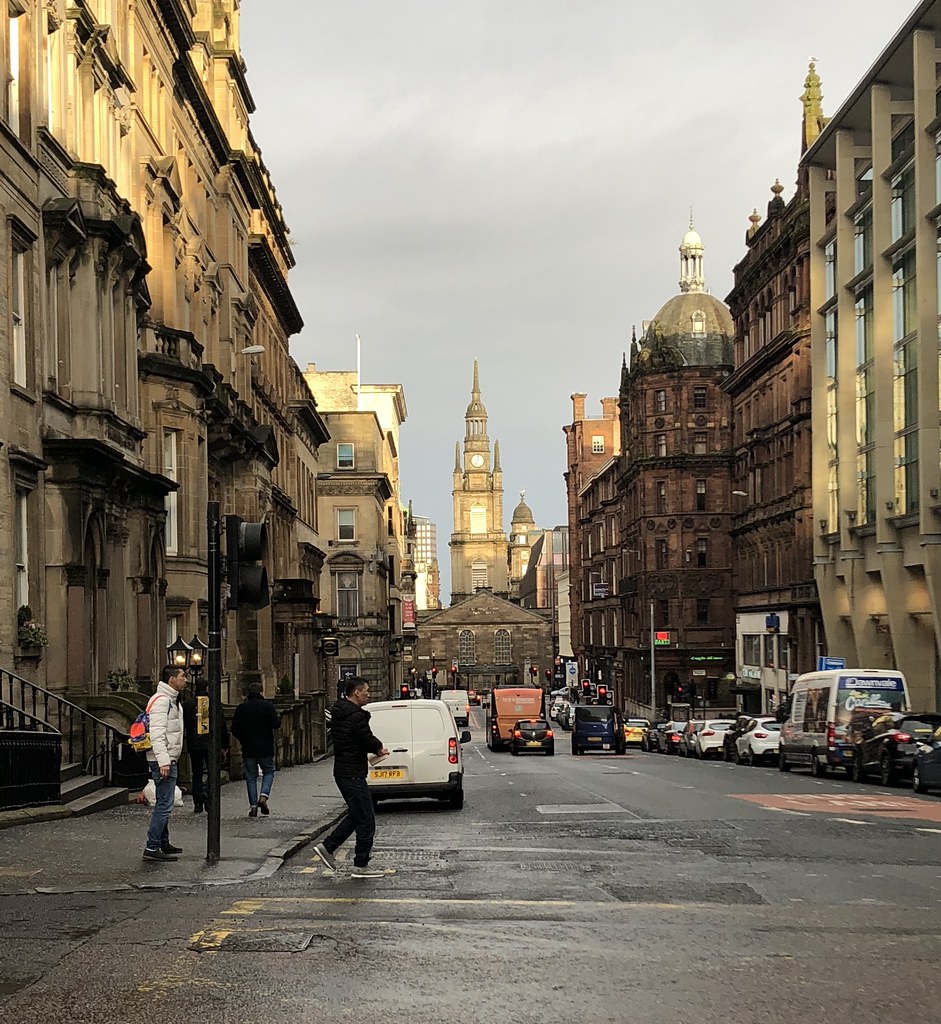 The weather had cleared when I left so I was finally able to go on a nice walk around the Golden Zed area of Downtown. I was on my way to my next drink at The Pot Still. The bar opened in 1867 and has had a few different owners over time. There are over 700 whiskies on the shelves and when I was there they didn't have a menu. I stood at the bar and told my bartender Cathy what I generally liked, didn't like, and had interest in knowing more about. 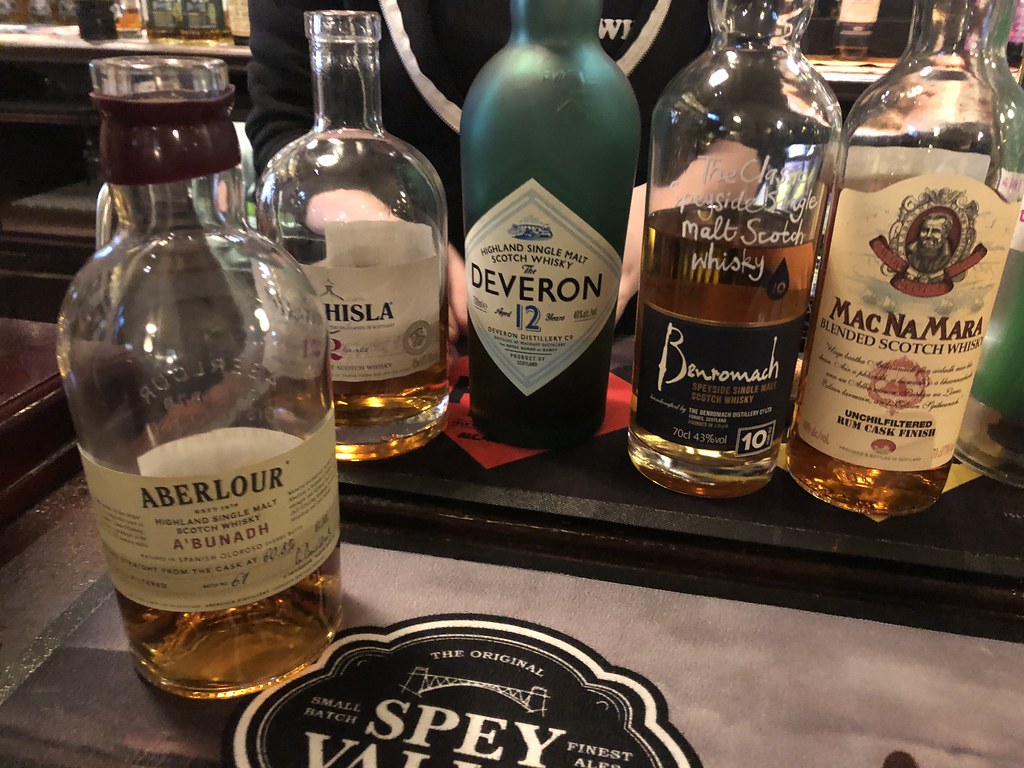 She climbed around the shelves for a few minutes and then brought down a selection of 5 whiskies, explained each to me and had me smell them. I chose one and thoroughly enjoyed it while talking to some locals. She did the same thing when I was ready for round two. I really can't recommend this place more highly, and even if they do have a menu I wouldn't use it! Everyone is so friendly and they love introducing people to new whisky!

That was a fully packed day!!! I was ready for dinner. I took advantage of the holding weather and walked back to the Dakota Deluxe where I had a nice dinner in the restaurant there. 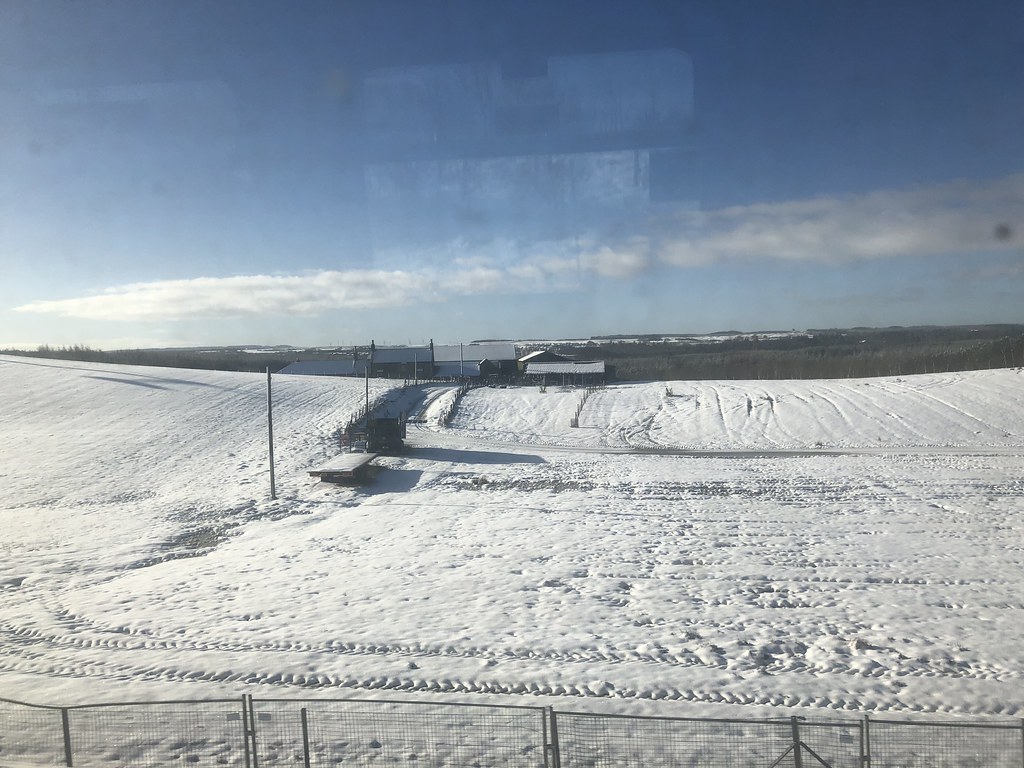 The next morning I checked out, took an Uber to the Queen Street Station, and caught the train to Edinburgh Park Station. I had purchased my ticket online, which was good for any time train that day, for £12 and it took 1 hour. And the countryside between the two cities had had a bit of snow!

At Park Station I transferred to a tram to the airport. You have to walk out of the station and then cross the road to the tram tracks. I bought my ticket at the kiosk for £6, it was 10 minutes to the airport and the trams seemed to run every 10 mins. Both the train and the tram were quite nice and not crowded at all even though it was 8am on a Thursday.

I had a quick flight from Edinburgh to London on British Air Business Class where, besides enjoying a nice little split of Champagne, I was also treated to amazing views of London! I had never flown in from the north before and the plane pretty much followed the Thames! 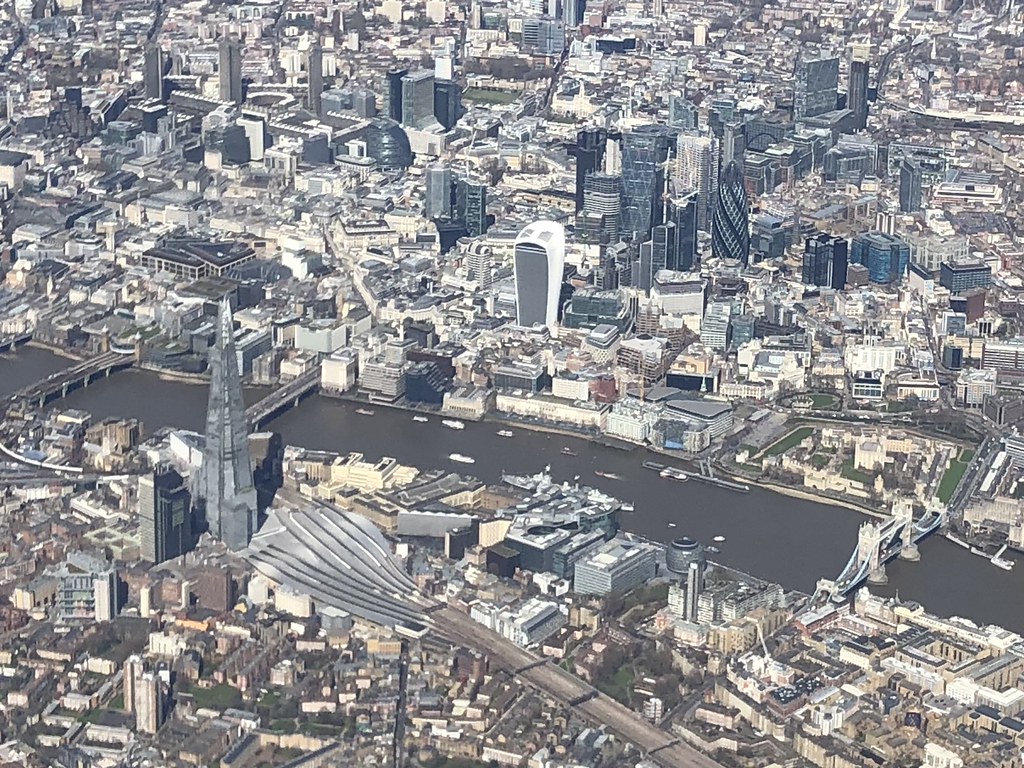 In London I boarded a 747 and found my seat upstairs, where there are only about 12-14 seats. This is an amazing experience as you feel like you are in a private jet! Especially since the cabin wasn't even all the way full! 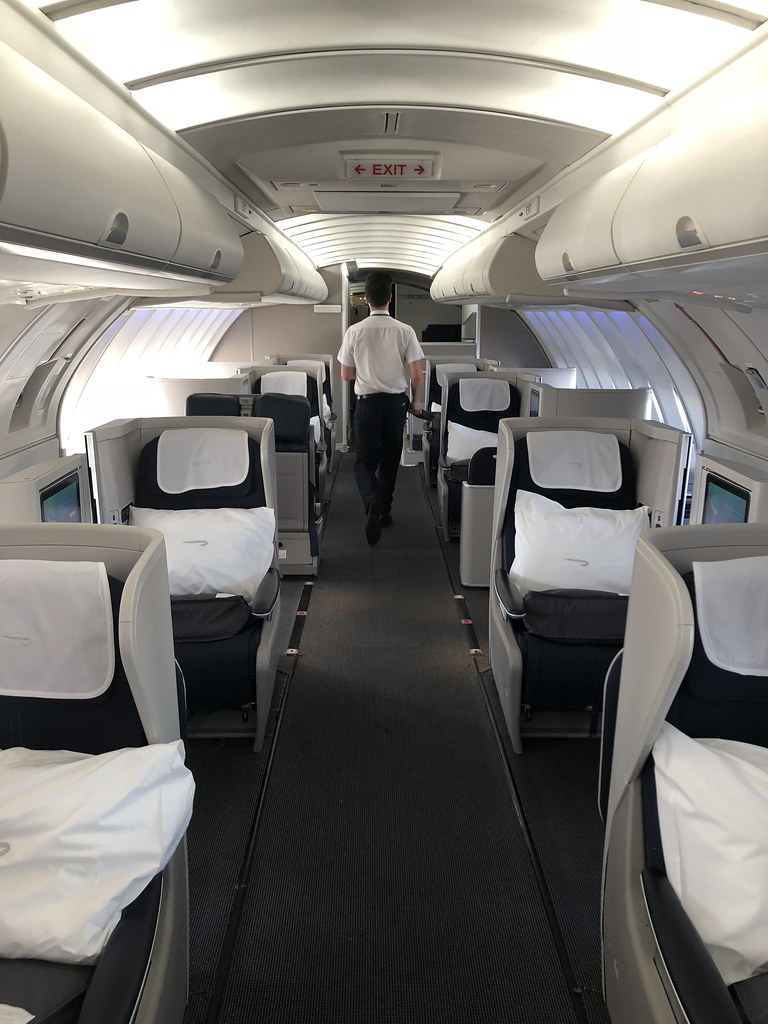 And then I was home!

This was truly one of my favorite trips I've done! 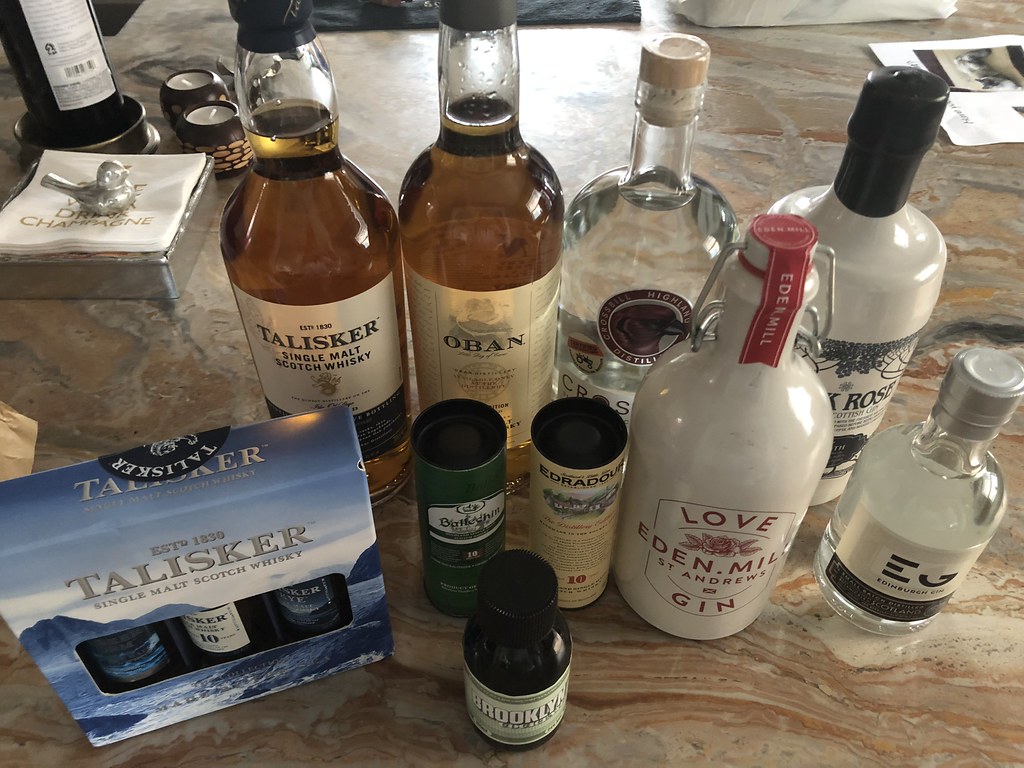 All photos from Glasgow here.
Other posts from this trip:
Hamilton & Other Hijinks in London
The English Spirit
An Introduction to Unicorns
The 45th
Big Castle, Small Distillery, Highlands
A Slice of Skye
Oban & the Isle of Mull
at June 21, 2018