As much as I love the beaches in Rio, that's not the only place to spend time and explore. Something that gets discussed a lot about this city are its favelas or ghettos. There are a lot of misconceptions about the fevelas, which we found out by taking a private walking tour. It may sound weird or even inappropriate to sightsee in these neighborhoods, but we went with a local guide, Axel Lahaye, who actually runs a boutique hotel inside one of the 1000s of favelas around Rio. And yes, there are over 1000 of them. 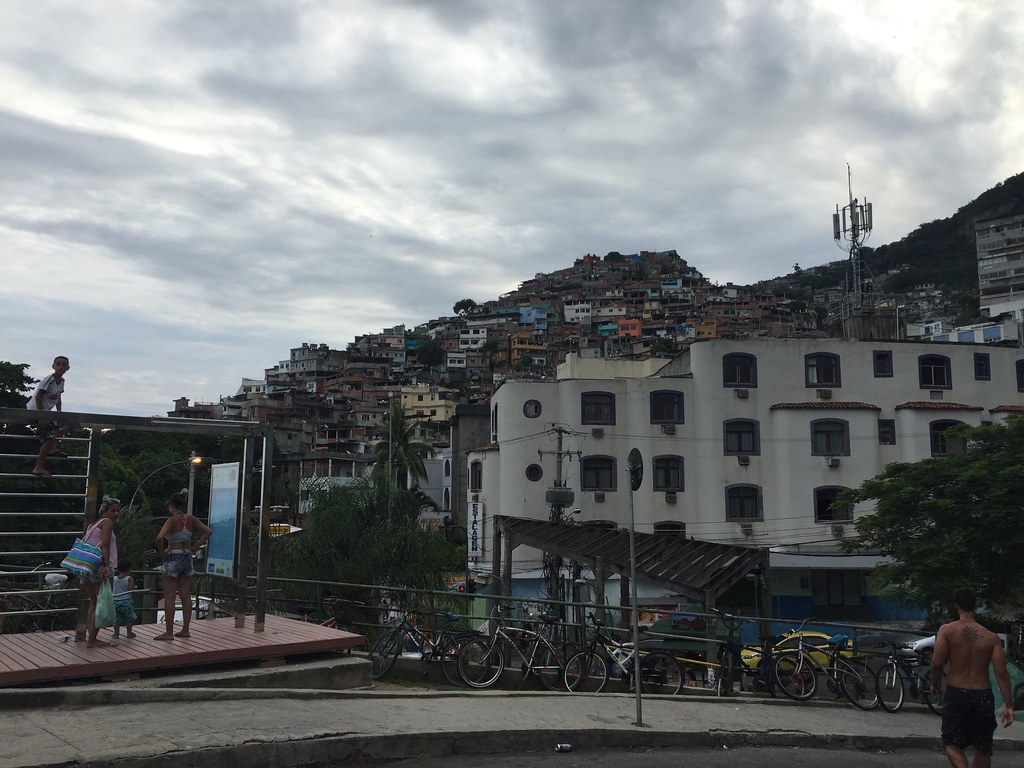 Our tour met on Ipanema Beach, from there we walked up the Avenida Niemeyer, past Leblon Beach, and past the Sheraton, to the entrance to the Favela Vidigal. It is very strange to have a fancy 4 star hotel across from so much poverty. The main bus stop is here at the base of the favela and we queued up in what seemed like an absurdly long line. In fact our guide said he'd never seen it like that! The original plan was to hike up Dois Irmãos, which is the mountain next to Vidigal, and then all the way down, passing through the favela on the return. But the wait took too long so we took the bus (really just vans) to the top of Vidigal and just walked through the neighborhood. 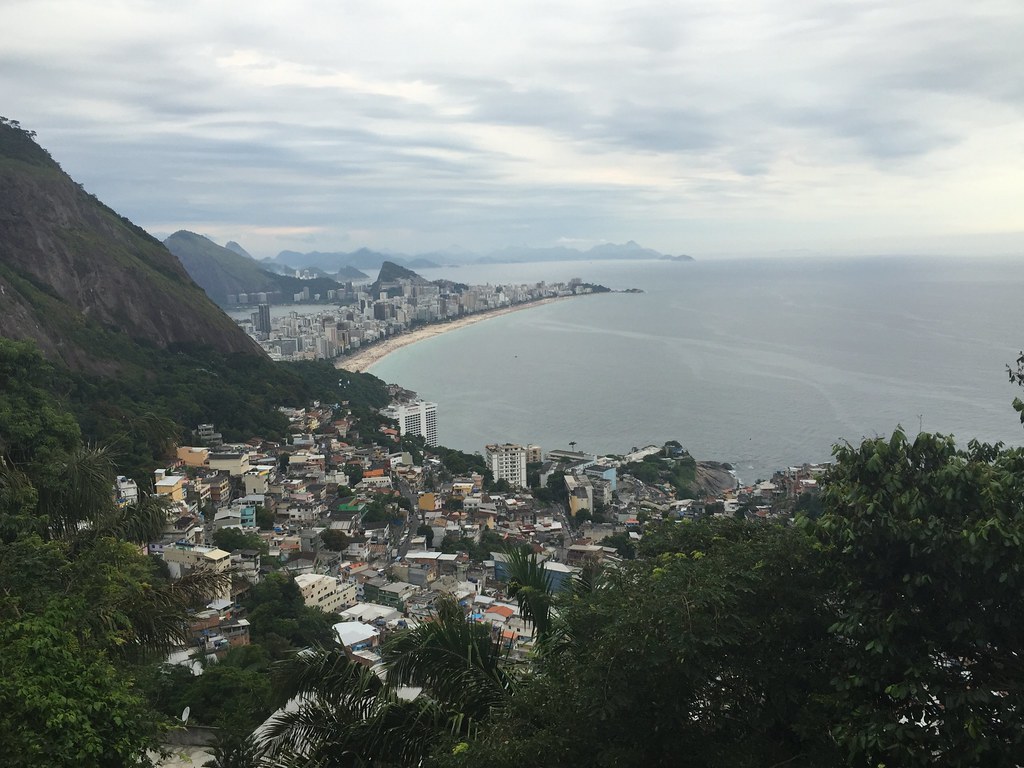 Over 24% of residents, or 1.5million people, live in Rio's favelas. They are all built into hillsides, with the best views of the city. Most residents walk up these hills daily, to and from their jobs. Our guide explained that there are hip bars, restaurants and hotels in these "slums" and even celebrities like Madonna are buying homes there. 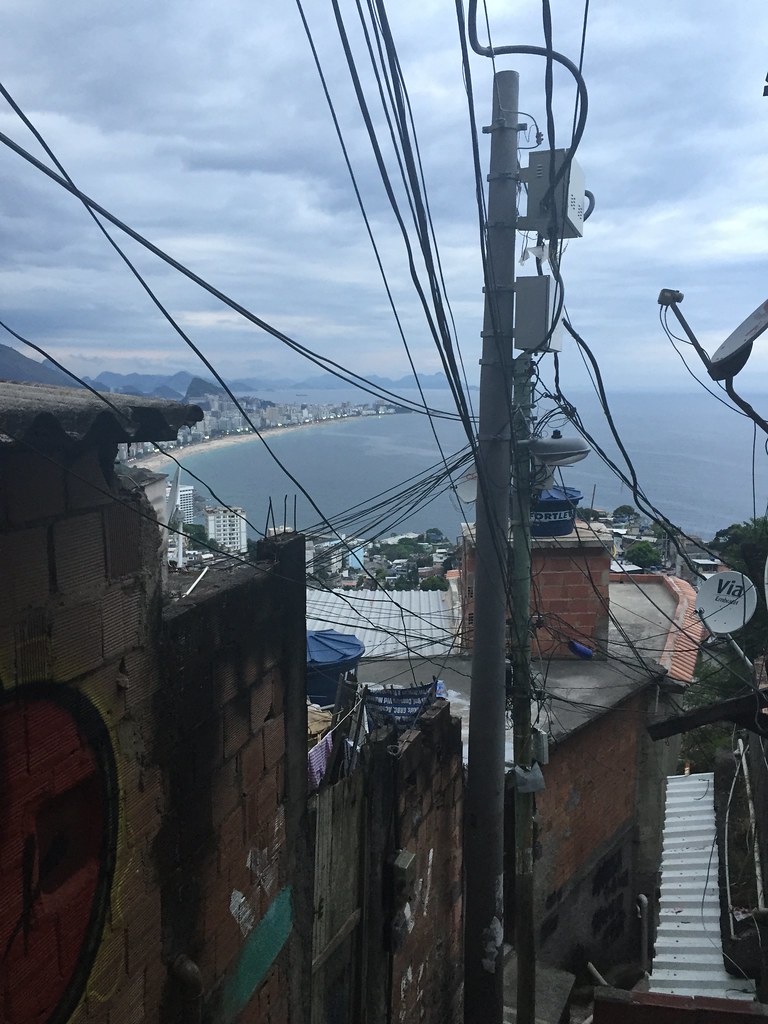 Axel also explained that homeowners build their homes on their own. They are made of concrete and steel, generally with tile floors. They have running water and electricity; although the spiderwebs of power lines are crazy! And there is an open sewage stream that runs down to the sea. Residents are creative in decorating gathering spaces, most have big screen tvs, many have internet. 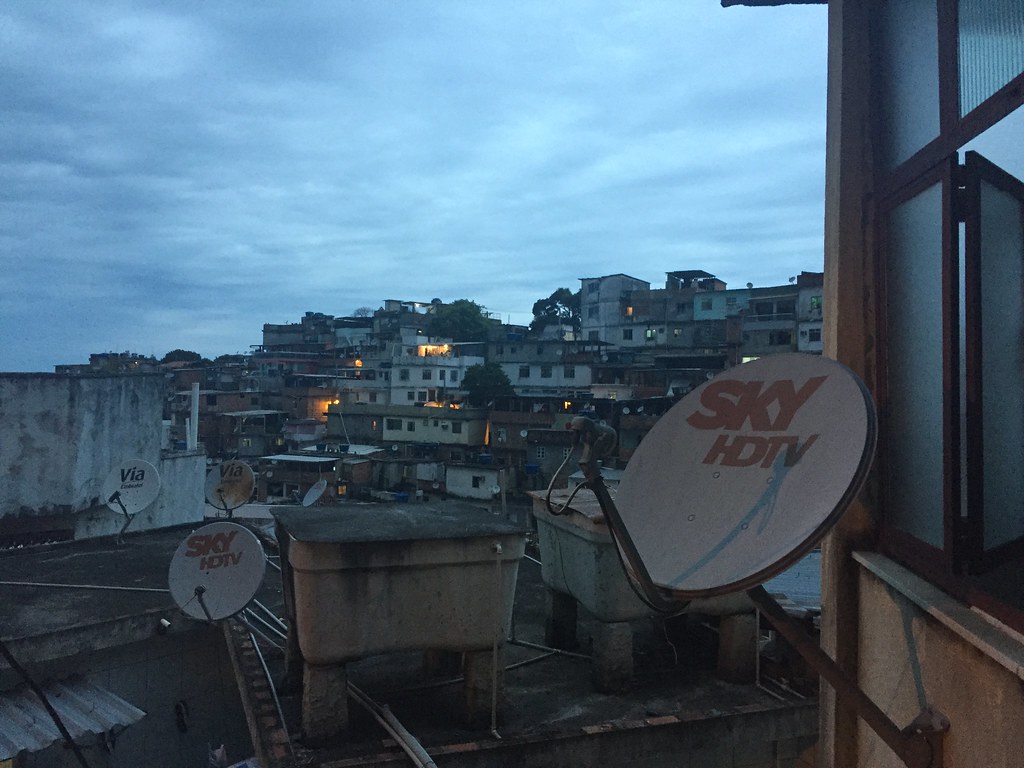 We couldn't help but notice all the amazing street art. Some colorful, some thoughtful, some just cool. 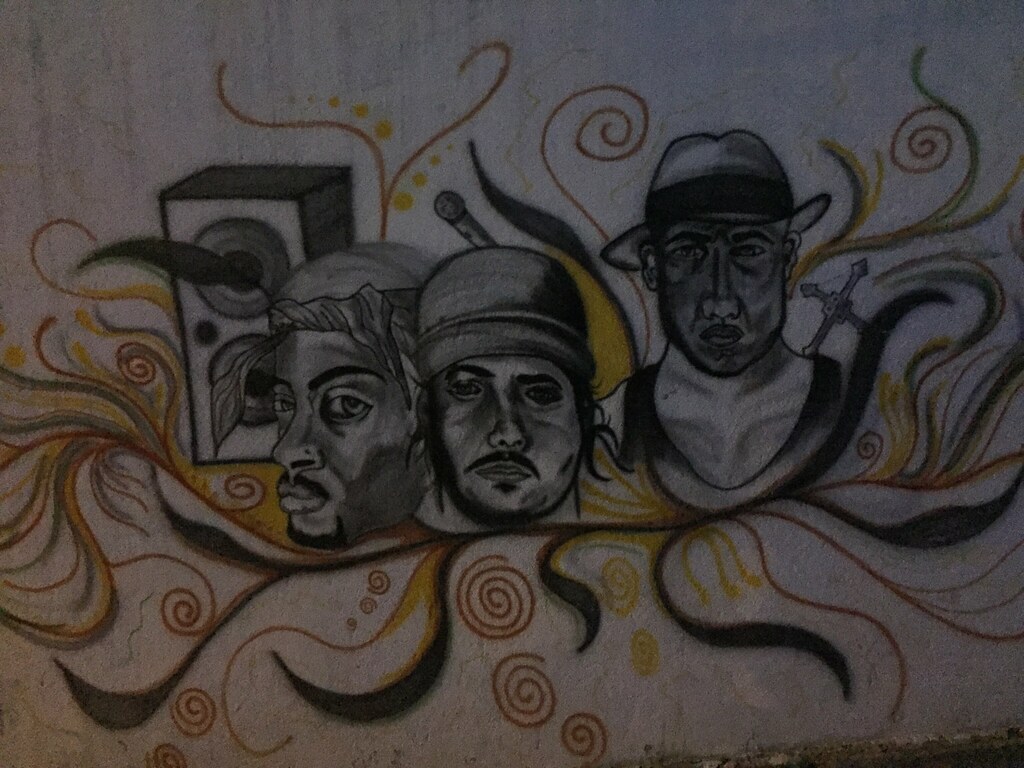 There are few streets; it is mostly a series of paths and staircases down (or up) the hillside. We passed shops, schools, cats running around, families cooking dinner together, friends having drinks. Just your typical neighborhood. It never seemed scary or dangerous. These residents make up the lower and the middle class of Rio. It was all very interesting, and didn't feel so much like a tour, but more of a guided walk through a neighborhood that has a lot of stereotypes. I was very glad to have gone and would recommend finding a local to take you if you visit. 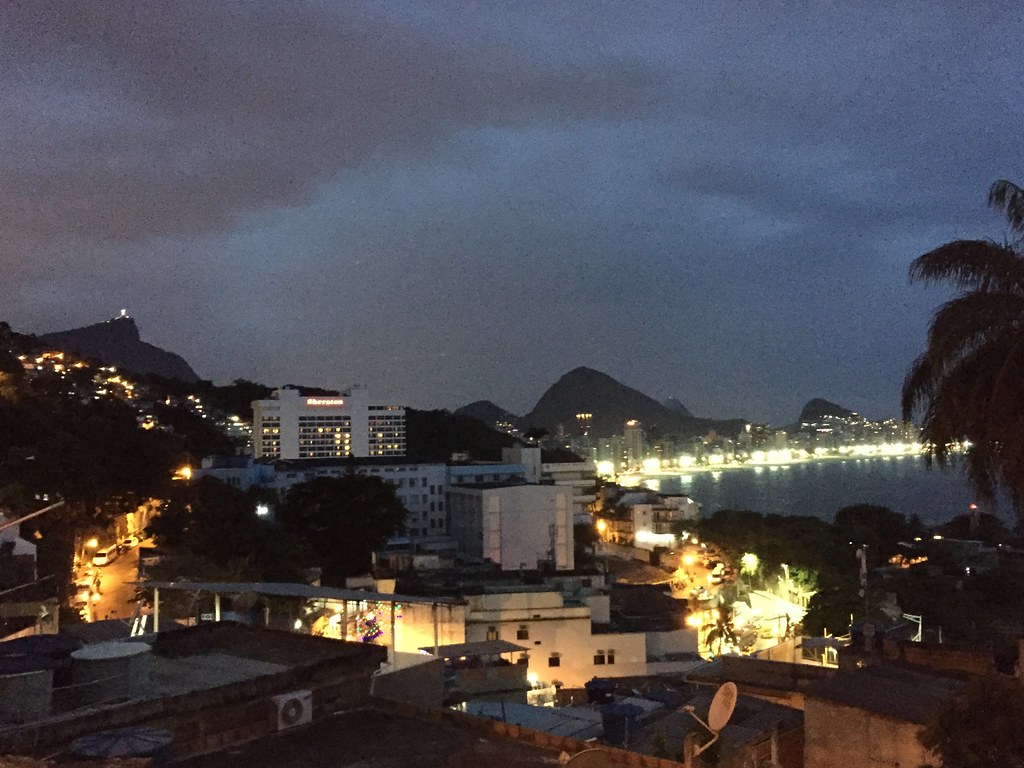 Another hilltop neighborhood (but not a favela) we explored was the Santa Teresa area. This is a very busy 'hood with lots of bars and restaurants, filled with locals and tourists. We read that streetcars normally run up the steep roads but for some reason that we never did figure out, they weren't in operation when we visited. Taxi to the rescue.

We started with a round of caipis (naturally) at the very popular Bar Mineiro. Inside there was evidence of the streetcars and outside were tracks suggesting that this may be one of the main stops. 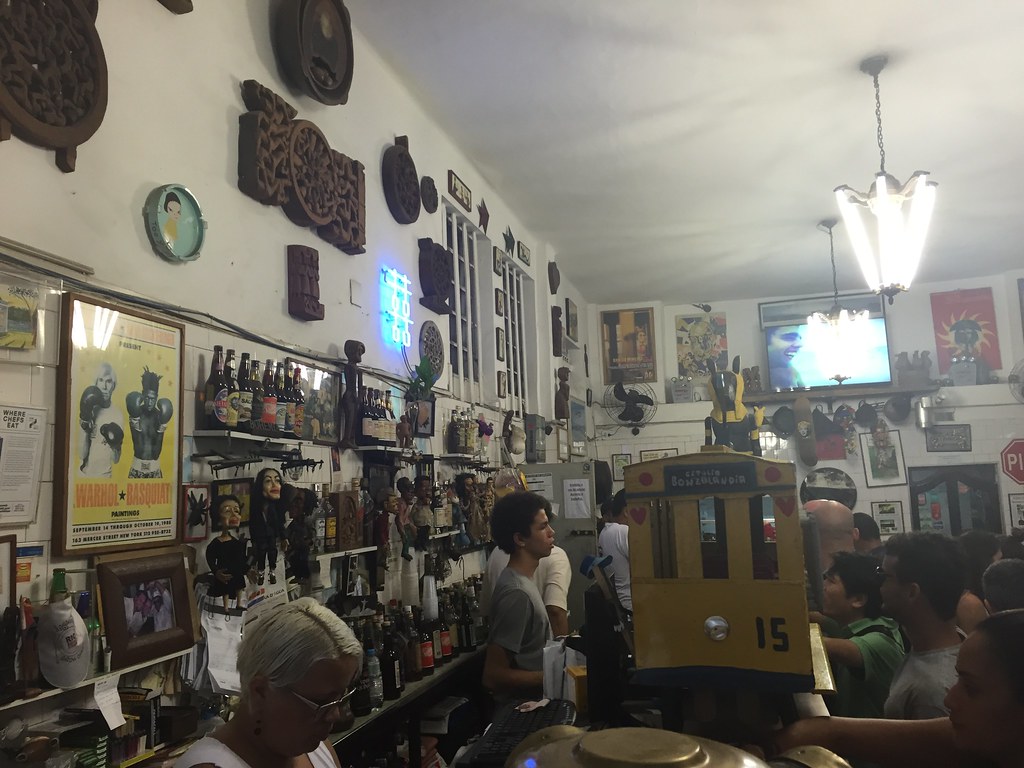 From here we made our way to Armazen Sao Thiago, with what seemed like most of the other people in the area. People spilled out into the street where some guys were playing samba and others were dancing. It was very fun! Also the mysterious streetcar tracks... 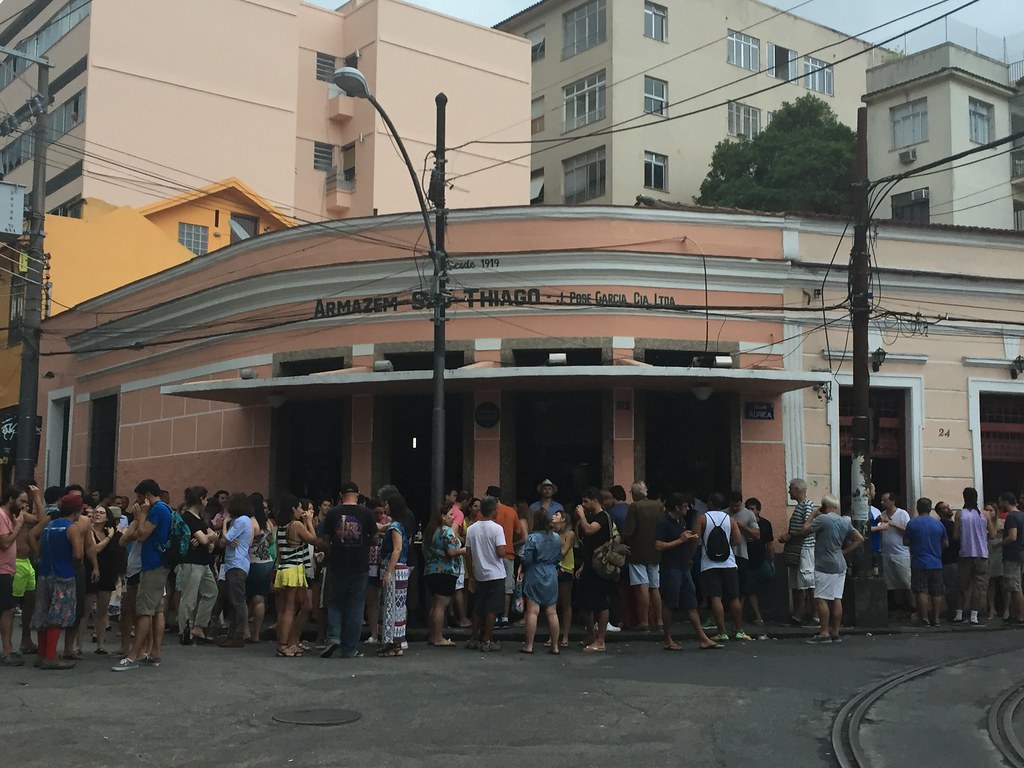 We then headed for a quite pretty, if not steep and somewhat long, walk the rest of the way up the hill on our way to dinner. The area is also known for its artist residents evident by the cool street art. Finally we arrived at Aprazível, an open air restaurant with great food and (of course) great views! 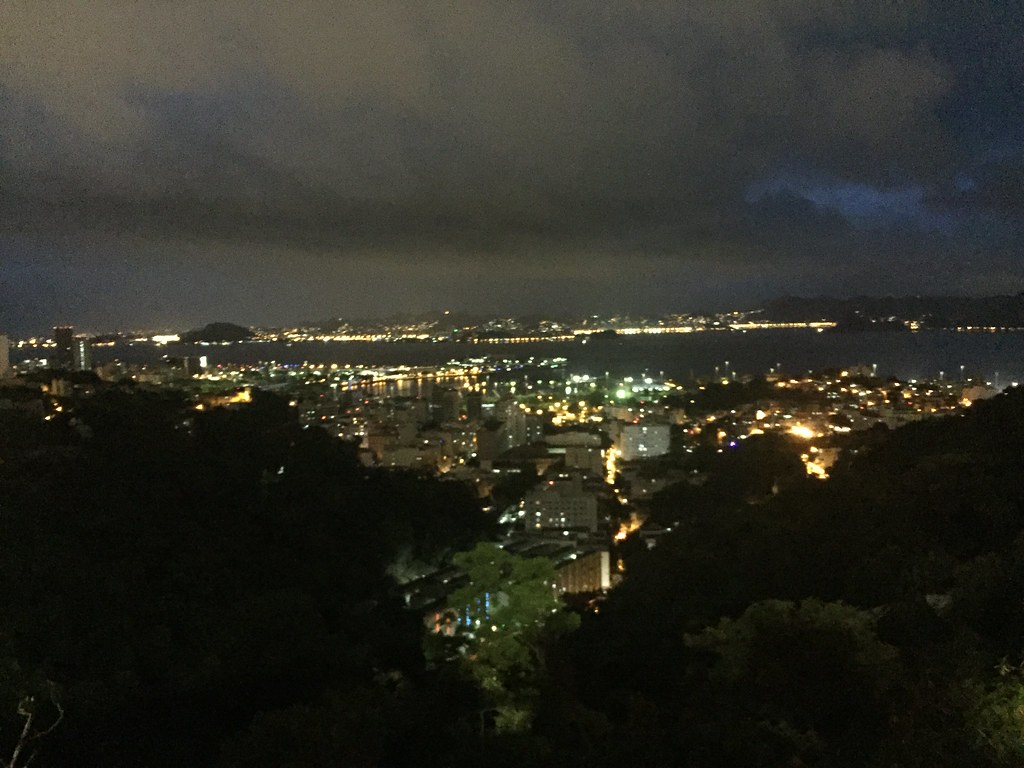 On our last night we headed to the Botafogo area for a very good dinner at Iraja Gastro, where my 3-course meal cost about $40. Pretty expensive by Brazilian standards but we all thought the modern takes on traditional food were fun and tasty. The neighborhood seemed a bit upscale and trendy as well. 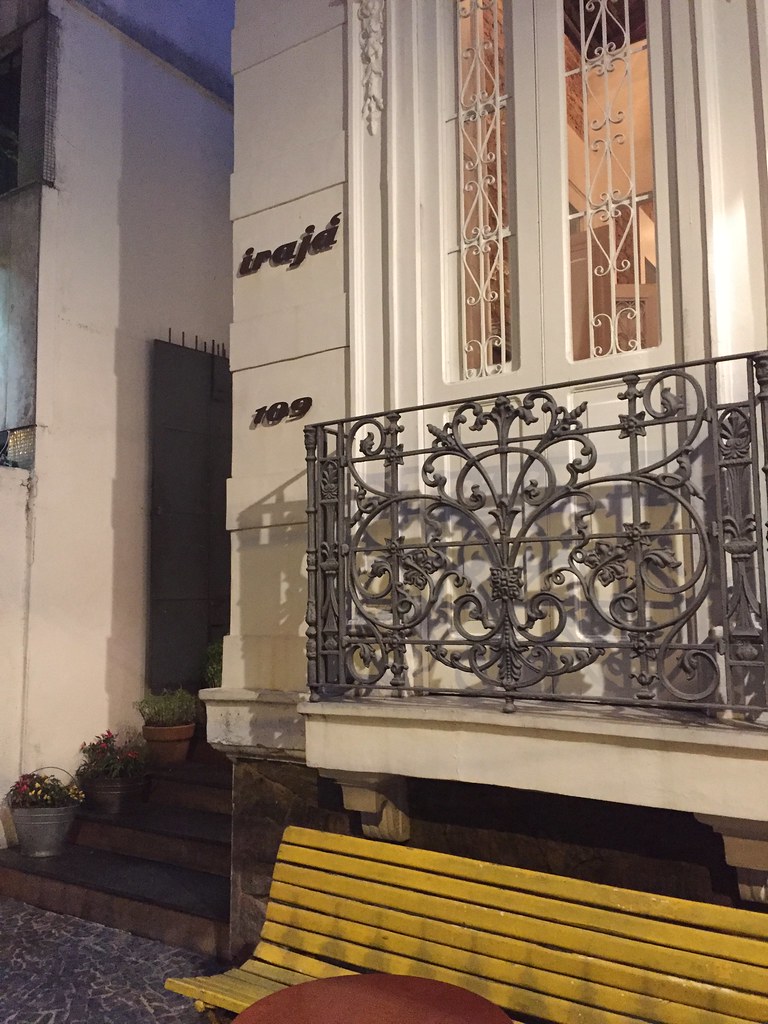 Just on the other side of our neighborhood, Zona Sol, and Ipanema, is Leblon. This is the most affluent area of Rio and closest to the favela Vidigal. You see a lot of posh homes here and there are nicer restaurants and bars. We stopped into the most well-known one, the Academia da Cachaca, to sample some of their more than 2000 bottles of cachaca. They get billed as being just as classy as their neighborhood but we weren't really impressed. As none of us speak Portuguese and the people there that day didn't speak a lot of English I think that affected our experience. 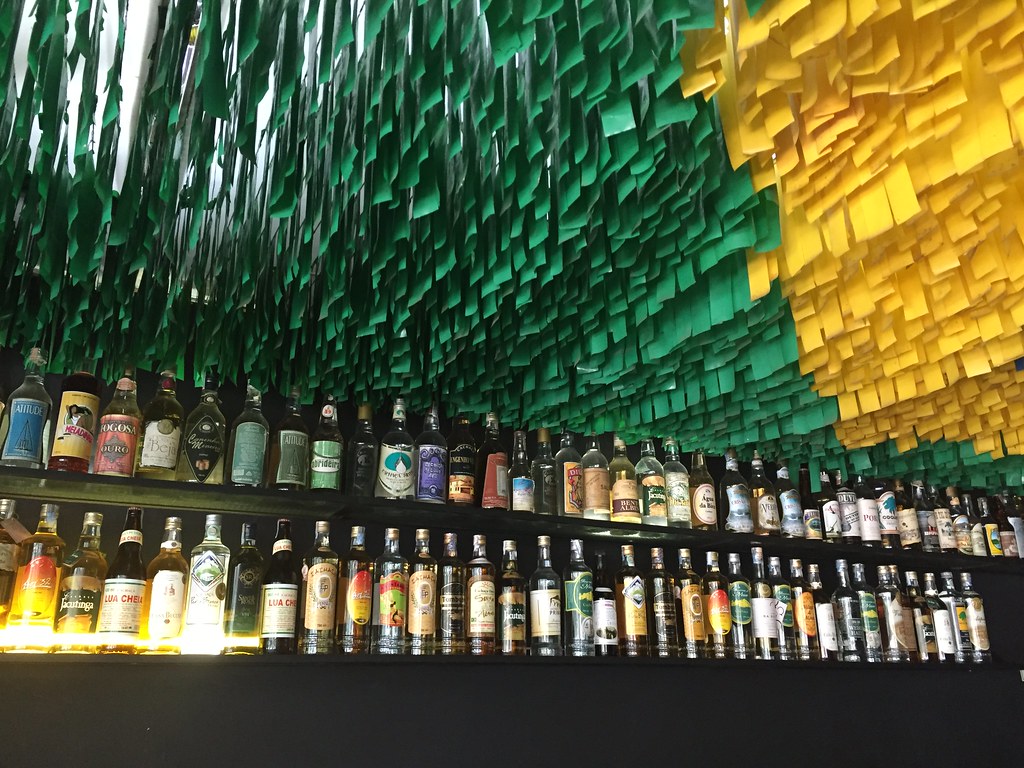 I really enjoyed seeing the different areas of Rio, I would have liked to explore this incredibly huge city even more.

Our flights out of town on the last day were all at different times, mine being the last. So after I left the beach for the final time and helped Kate get a cab I walked around our own 'hood one last time. I was hungry but didn't want a full dinner. I saw a queue inside a bakery and peeked in. They had just put out fresh, warm empanadas. The perfect last meal and I didn't have to go far at all to find it. 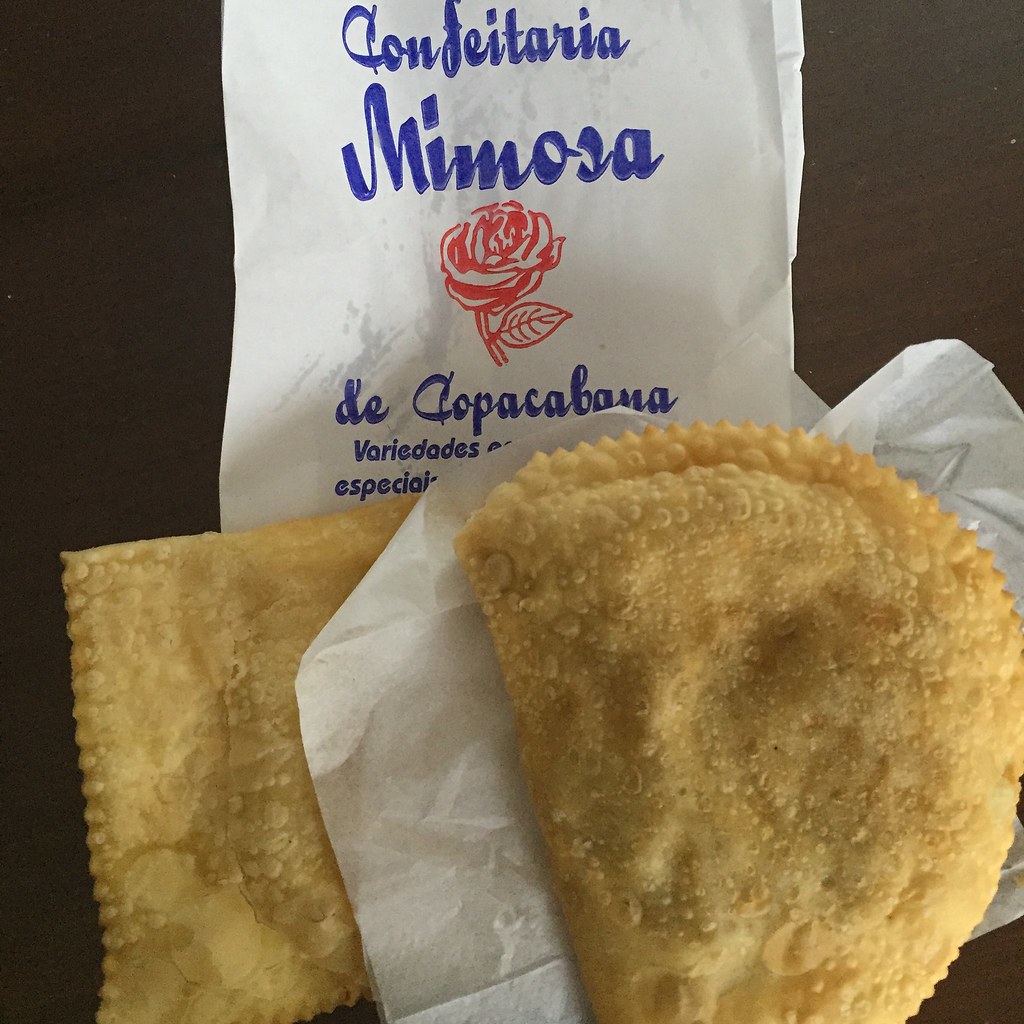