Lauren, Aaron and I checked out of The Willows Inn May 2016 and hit the road for Canada. Well we actually went south for a bit to have breakfast at The Little Cheerful in Bellingham. Although the cafe was not really what I would consider cheerful, the hashbrowns that they are known for lived up to the hype. I got mine loaded with bacon and cheddar with an over-medium egg. When my breakfast first came the egg looked over hard, but when I broke into it is was perfect. Two minutes later the waiter came over with another egg, telling me the chef didn't like the look of that other one. I assured him it was great but also was very impressed with that gesture, this isn't a fancy dining spot! They only accept cash if you go. 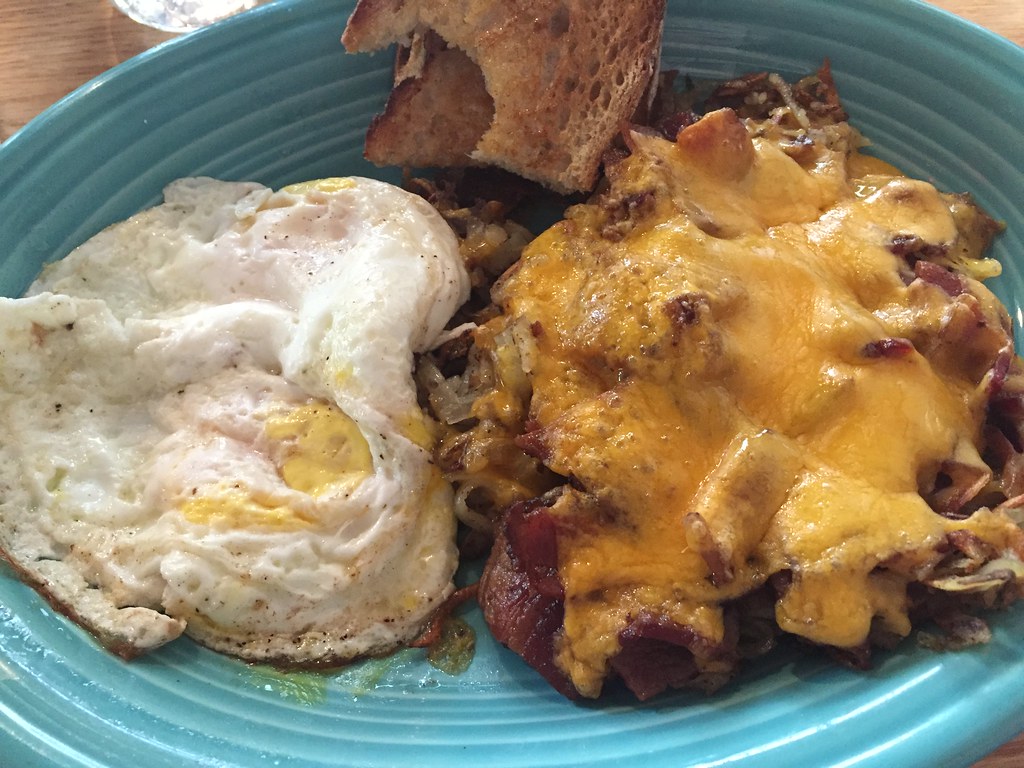 We were heading to Vancouver for a couple of days to eat and drink delicious things. Aaron had never been, and it had been a few years since either Lauren or I had been, so we were off!

We tried to stop in at the Duty Free at the Peace Arch border but they were closed (it was a Tuesday afternoon) so we made the quick 5-minute hop over to the Truck Stop crossing and loaded up on scotch, gin, and wine. God forbid we have two nights in an Airbnb without provisions!

Once we arrived in the city we headed directly to Phnom Penh in Chinatown for lunch. Based on strong recommendations from one of Aaron's friends, we ordered their chicken wings, butter beef, and spring rolls. The latter was basically inedible but the wings and butter beef were absolutely delicious! 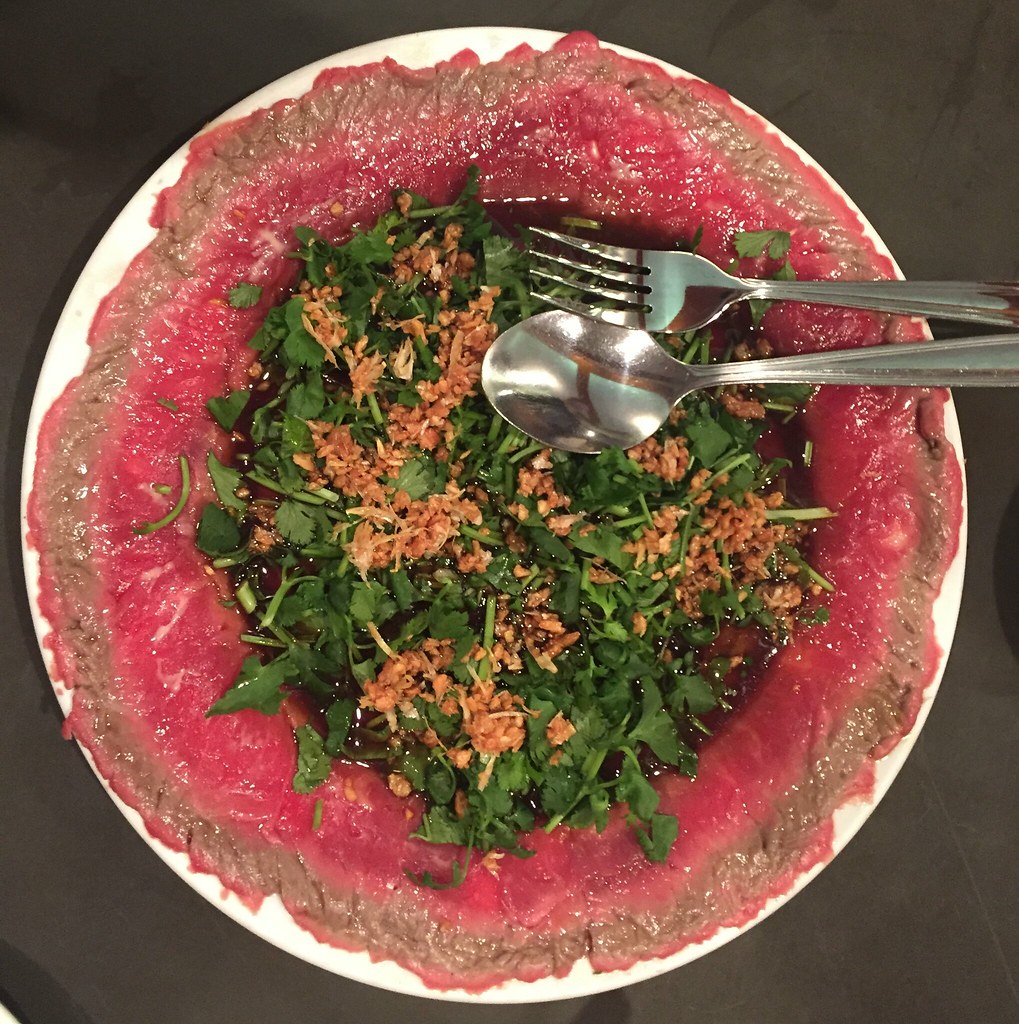 It was time to check into our Airbnb so we made our way to the West End and found the boutique that we were directed to pick up the keys at. Only problem was that the shopkeeper had given our keys to someone staying at another property. She was a bit of a ding dong and insisted that they would come back soon upon finding the keys didn't work. Why she couldn't just call them we never did find out. Luckily we didn't wait long and found our cool 3-bedroom apartment in the aptly named The Lauren building easily. 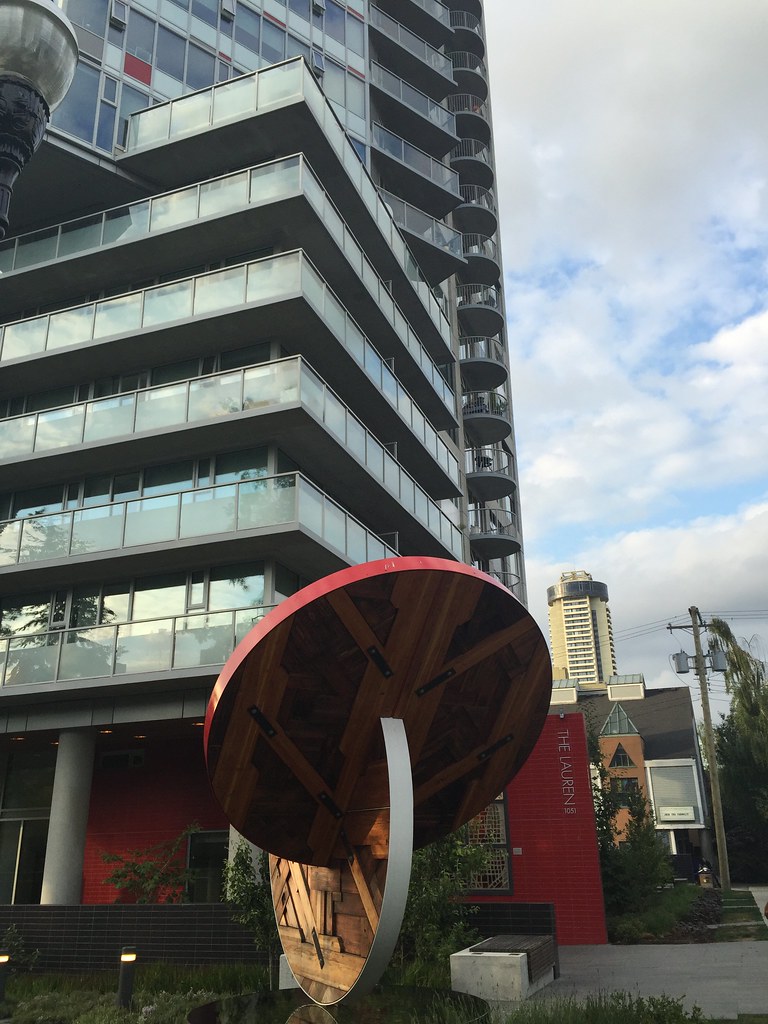 Our next challenge was parking, the area is zone parking only so we had to overnight a 10-minute walk away. Not really an issue except there were overnight parking charges we hadn't planned for and it was never very clear if parking 24-hours at this lot was allowed. We rolled the dice and my car was still there the next day so all was good.

A nap, some freshening up, an apero, and we were out to meet a friend and her husband at Bao Bei for drinks and dinner. This adorable restaurant has been around for years now but I had yet to go so was really looking forward to it.

Drinks at the bar were excellent! Interesting menu and lovely presentation. Our party of 5 then got lucky and were seated at the big table in the very back of the shotgun shaped space, allowing us some privacy to get loud (as we tend to do) and a view of the entire space. 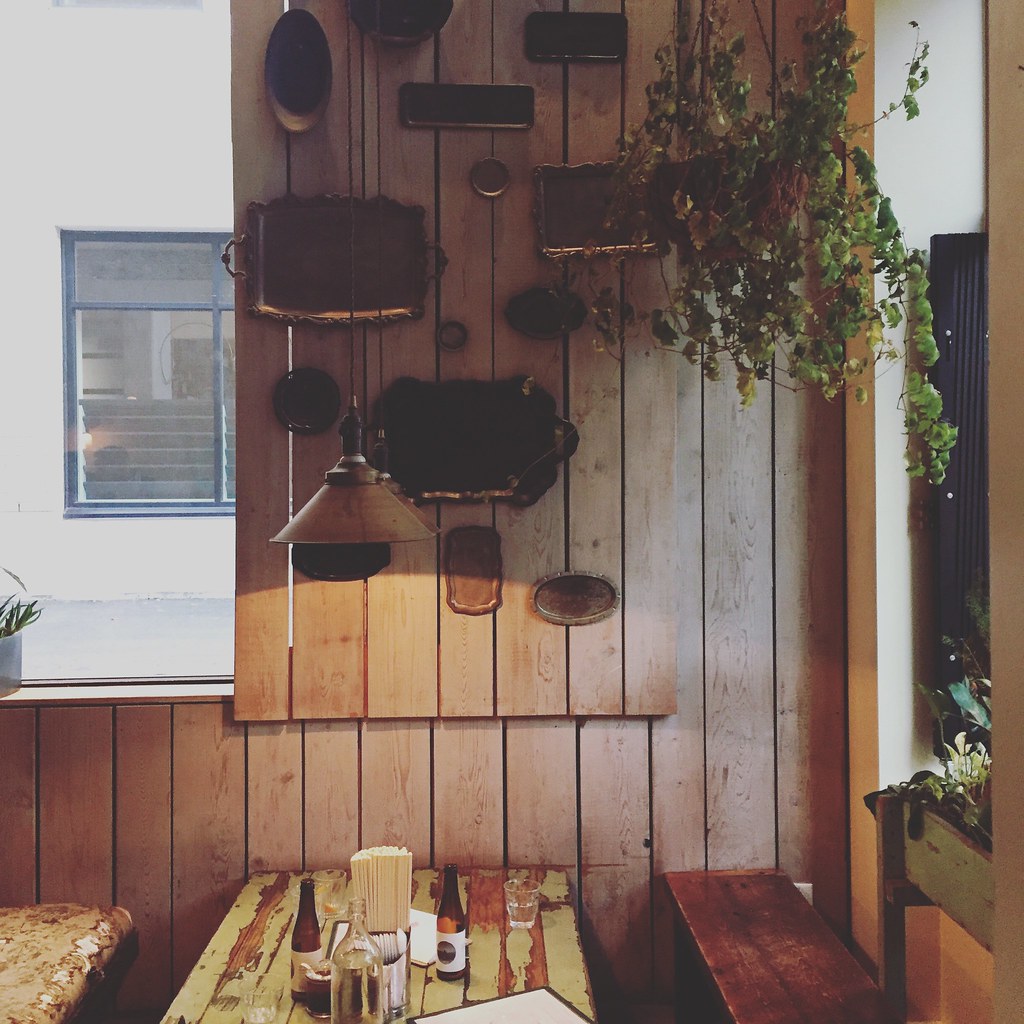 We pretty much ordered the entire menu and it pretty much rocked! So many delicious items; some standouts for me were the pork belly buns, fried rice, and the Chinese donuts with dulce de leche!

We headed over to the newly opened Kissa Tanto just around the block. Owned by the folks from the Diamond, there was an obvious similarity as we ascended the staircase. The space is drop-dead gorgeous, we felt like we were in a formal cocktail bar aboard a luxury ship. The menu was a little odd but we each ordered a drink. When they arrived they were all pretty to look at, unfortunately not one of them were actually tasty. But the really disappointing part was when the waiter brought us our bill and made a comment like " was everything as delicious as usual?", we all just looked at him and looked at our ½ empty drinks, to which he did not catch on. Very unfortunate as the bar itself is lovely and I really wanted to love it. 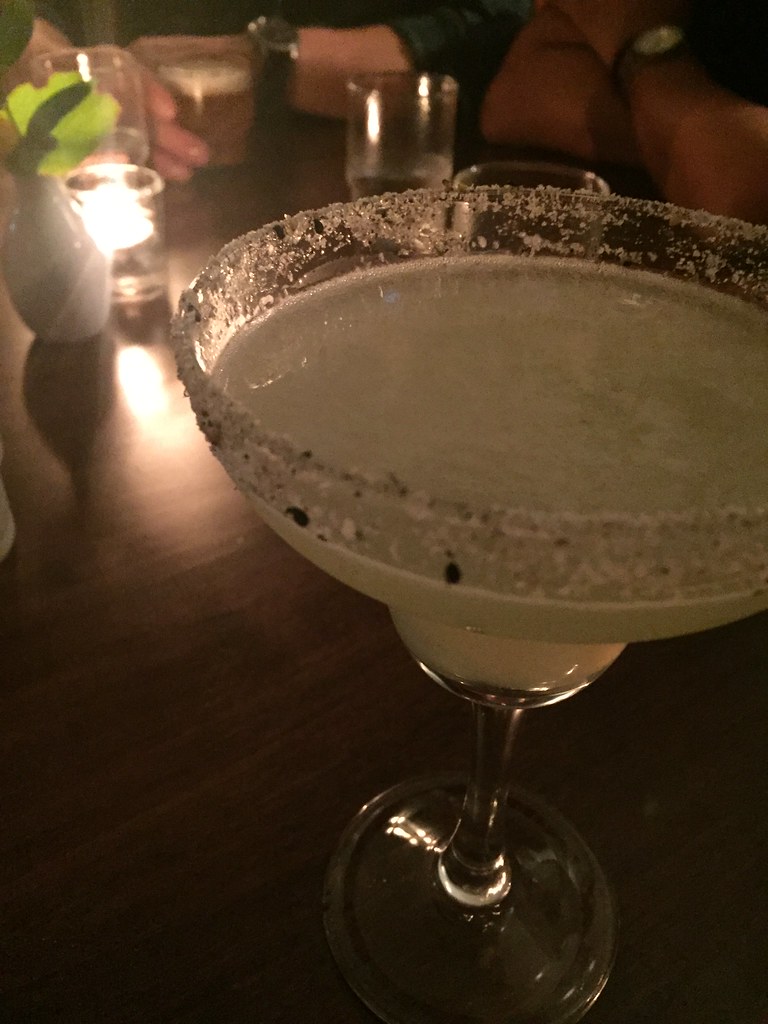 Our friends headed home and we decided to stop in at the also fairly new Juniper bar. Now this was a great stop all around. Awesome menu of gins and gin-cocktails, coupled with a super friendly bartender; Martin. Martin gave us tastes of unfamiliar spirits and recommendations on other places around town. I would absolutely suggest a stop in at Juniper if you are in town! 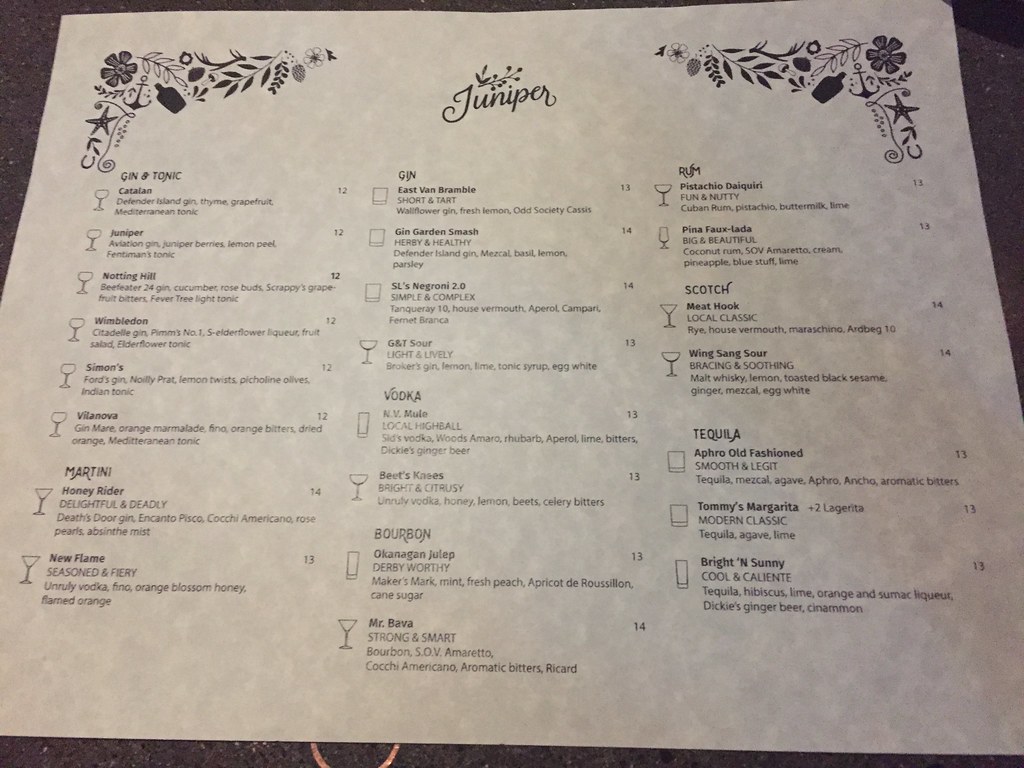 We started our next day the way everyone should in Vancouver, dim sum! And there is no better place for dim sum than in Richmond. Chef Tony gets a lot of talk and for good reason, the place is crazy! Glitzy lighting, white tablecloths, and a huge screen presenting a slide show of dim sum offerings, it was like dim sum in Miami during the 80's! 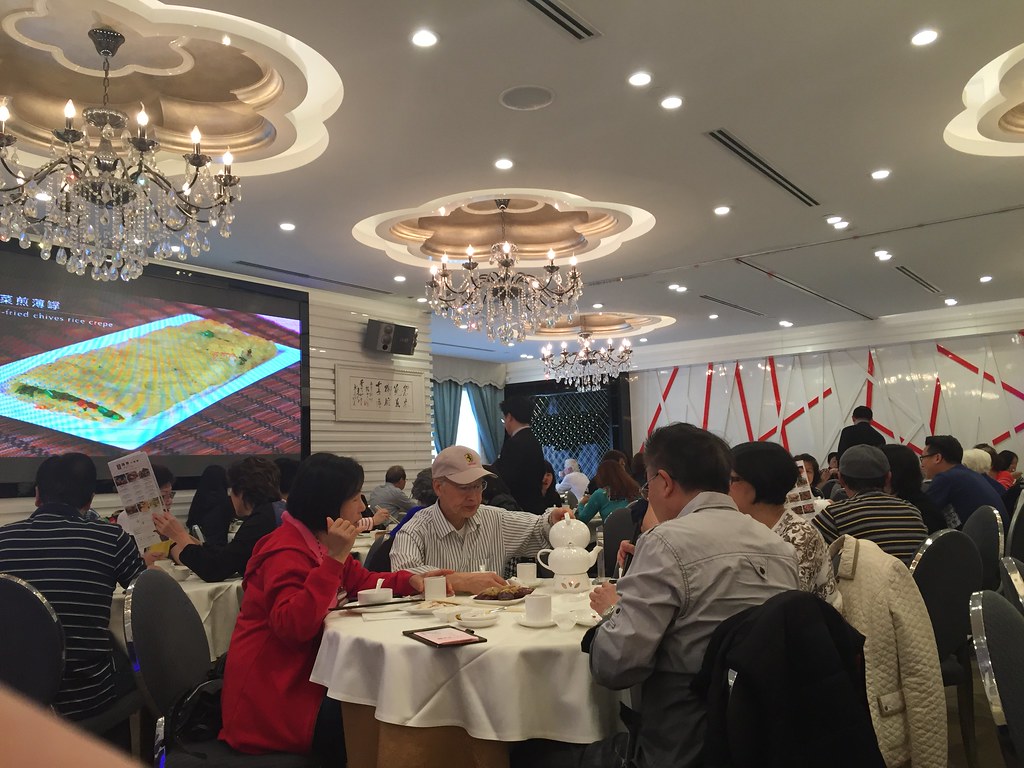 Everything we had was good but only a few things really stood out for me; truffle pork and shrimp dumplings, Chinese donuts, and these absolutely amazing (both in flavor and color) bitter melon noodles.

We couldn't take Aaron to Vancouver without a stop at Granville Market, specifically Oyama meats for a delicious assortment of charcuterie (my favorites are the saucisson sec varieties). We also bought lovely tea from Granville Tea, and I got us a mixed box of macarons in flavors like champagne, tiger, and olive oil from Bon Macaron.

Martin from Juniper had told us about the Liberty Distillery at the market so we stopped in for a few tastes and an afternoon libation. Super nice folks and good gin and cocktails. 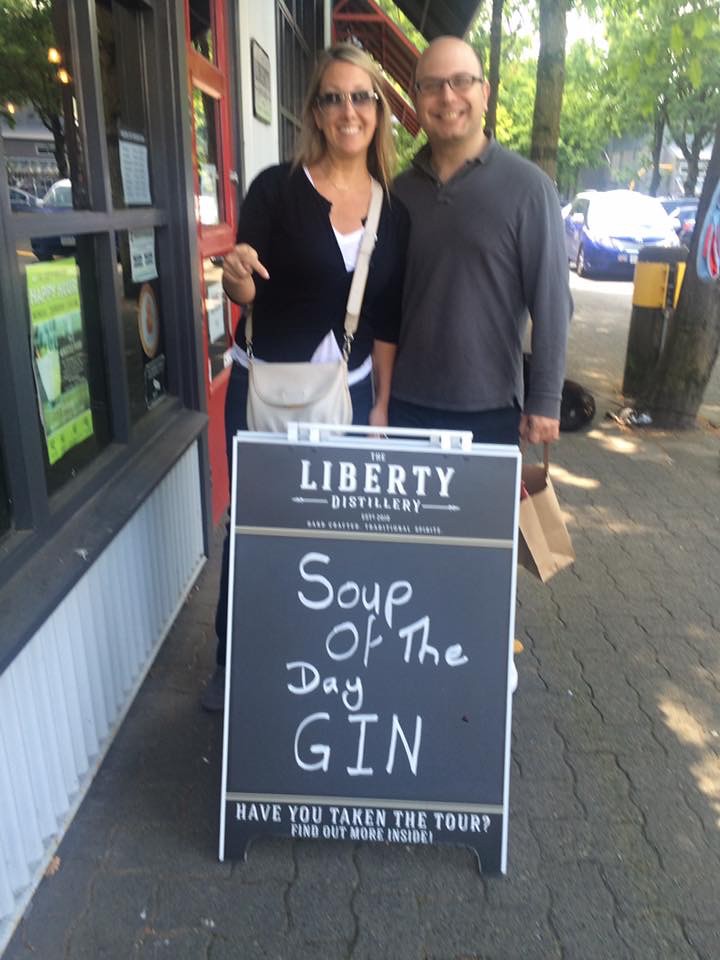 One last stop before leaving the area was made at Les Amis du Fromage for hard to get unpasteurized and raw milk imported cheese. Oh my, nothing is more delicious than tasting cheeses normally only found in Europe! 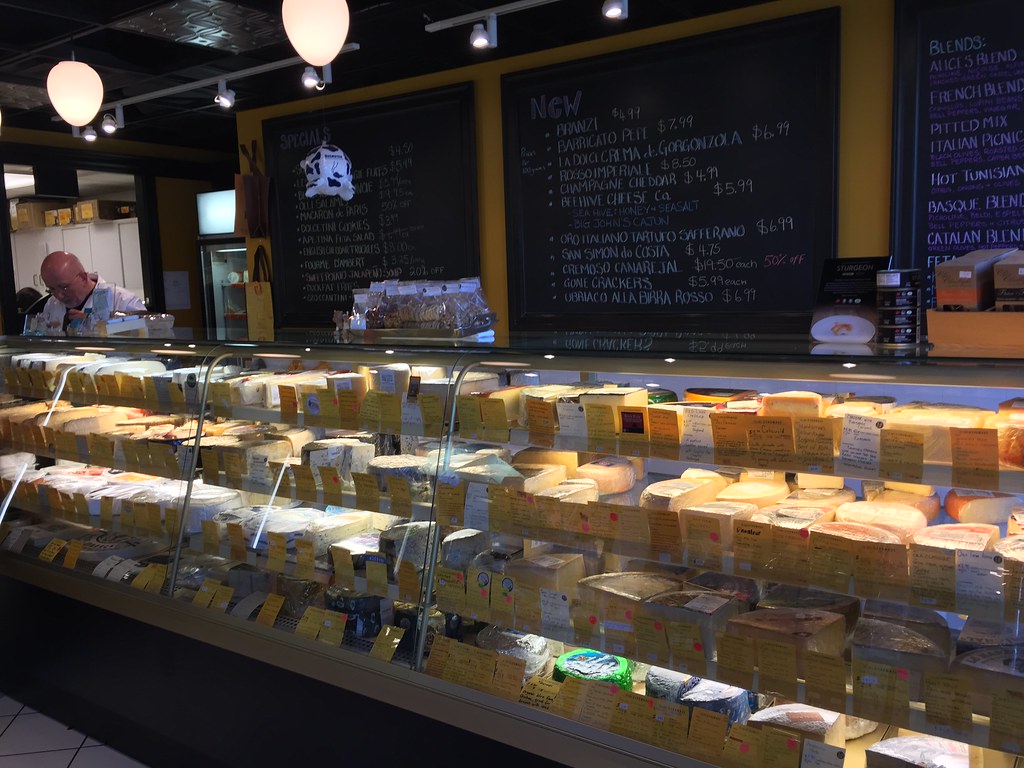 It was an absolutely gorgeous day so we took advantage of the sunshine and did a little drive and walking around Stanley Park. The views were picture perfect! 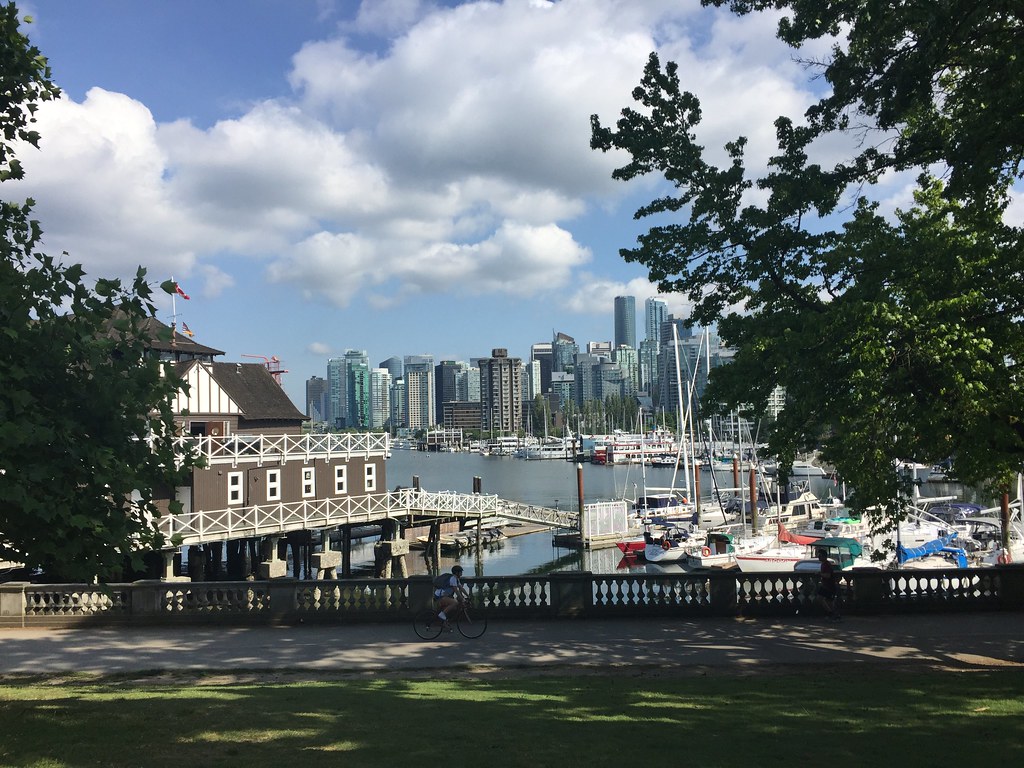 Aaron was really getting a grand tour and we were all a bit bushed so we headed back to our pad for a nap followed by aperos.

Dinner that night was at the Farmer's Apprentice. They have a 8-course meal for a bargain $55 that was absolutely fantastic! The space is a little drab but the service, vinyl records, and delicious food more than make up for that. We were all duly impressed with standouts for me being the salad (I know, right?), salmon, and the cheese course.  I'd highly recommend it! 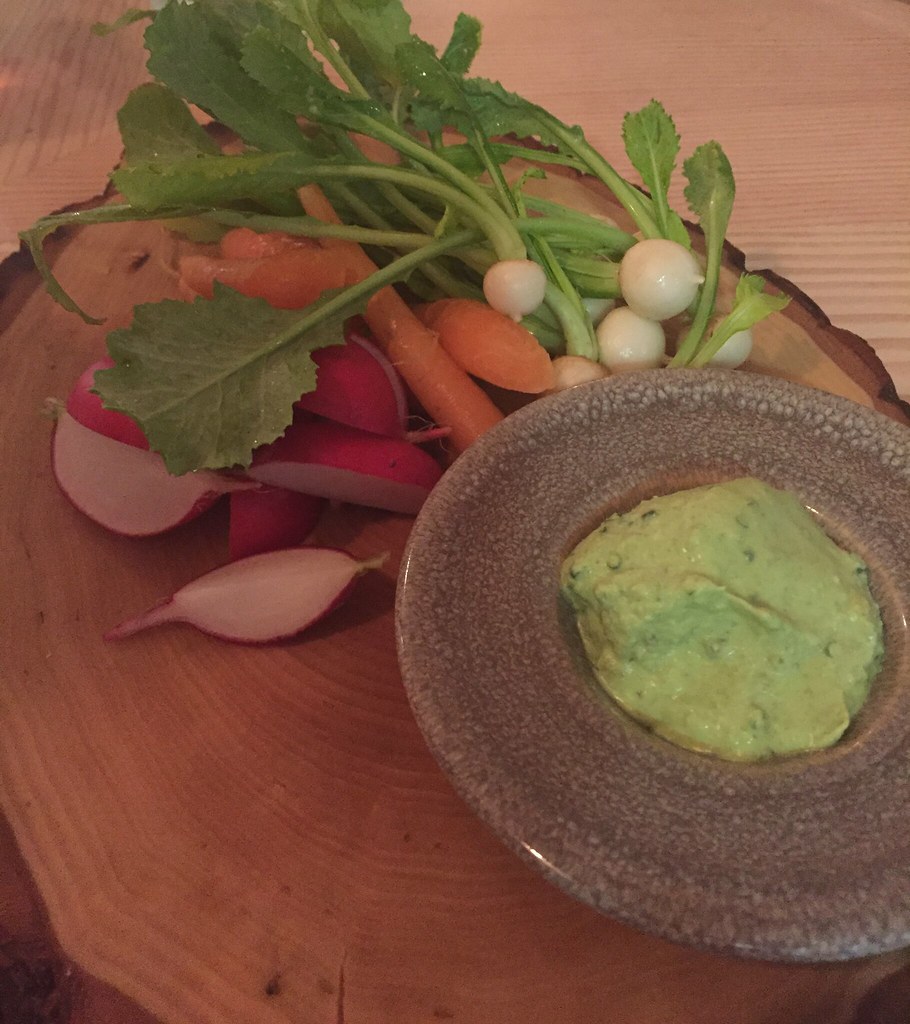 Plus they serve little shards of cheese with the bill. Brilliant!

We retired home and made a better dent in our duty-free purchases.

Our breakfast the next morning was an ultimate smorgasbord; we had a boule of wheat bread from The Willows Inn which was still fresh and had incredible nutty flavor, along with this insane runny cheese, macarons from our shopping, and leftover loaded hash browns from our brunch in Bellingham. It was incredibly decadent! 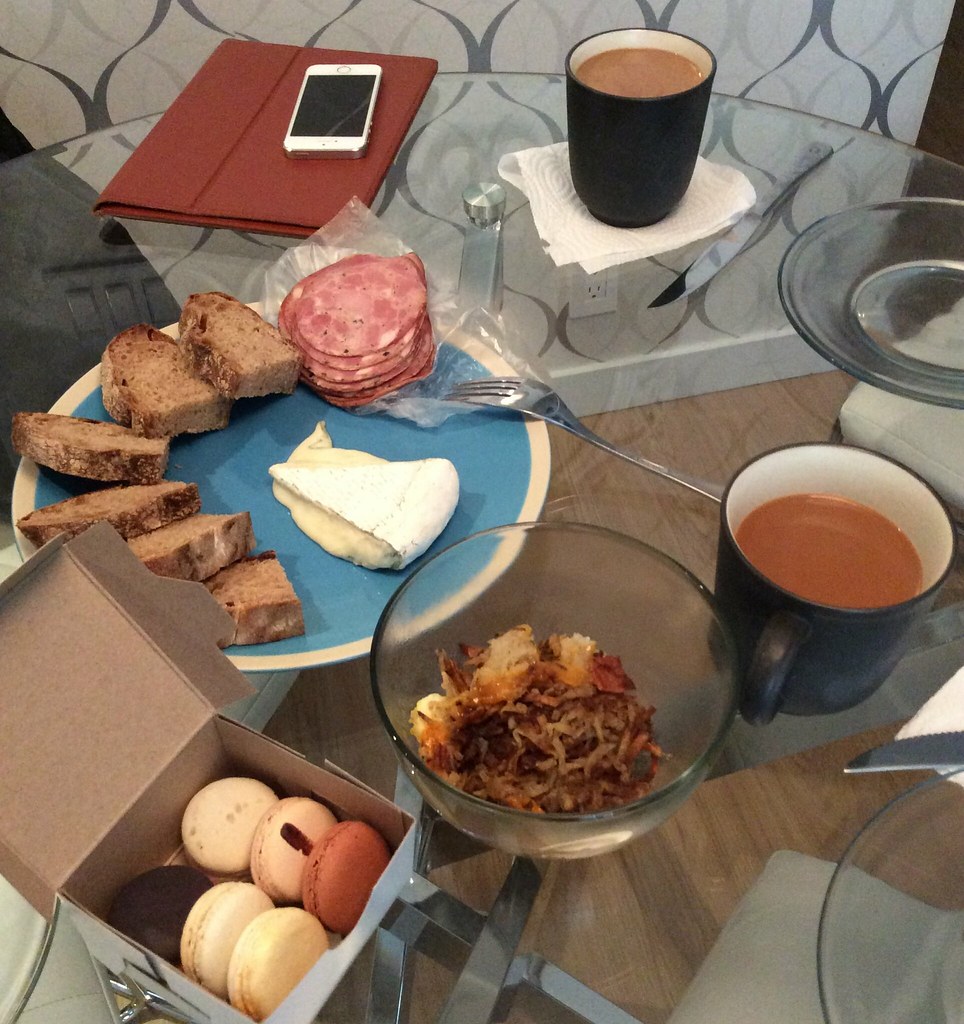 Our big decision that day was if we were going to pack our ½ drunk bottles of duty-free booze home. We may or may not have also purchased some bottles of Havana Club 7 from the local liquor store. And we were going to be making a stop atduty-freee again on the way out. And each person is only allowed one liter. I voted to go for gold and we loaded it all in my trunk, half hidden by cheese and meat products. Sounds logical.

Our duty-free border stop resulted in some awesome Japanese whisky. We were fully over our limit by about six bottles. I pulled into a lane at the border and immediately regretted my choice as we saw pretty much every single car get their trunk checked and about 60% of those directed to the secondary screening area. Ugh. I was nervous, not about getting in trouble (I'm fairly good at talking my way out of situations) but of losing all our booze!

I pulled up to the border agent and one of his first questions was how we all knew each other. I immediately blushed and told him how we all met online on a foodie website years ago, and that I understood how absolutely geeky that was. My story, blushing, and nervous laughter caught him off guard and he laughed with us. He then asked which restaurants we all like on our visit to which we all started talking at once and gushing about dishes. He just laughed and waved us through. Booze safe and sound.

We stopped in the adorable towns of Bow and Edison on the way home. Had a homey lunch of grilled Beecher's Cheese sandwiches at Slough Food before buying baked goods next door at the Breadfarm. If you go, buy the seeded crackers. I think the seeds are actually crack.

And we all made it home safe and sound... 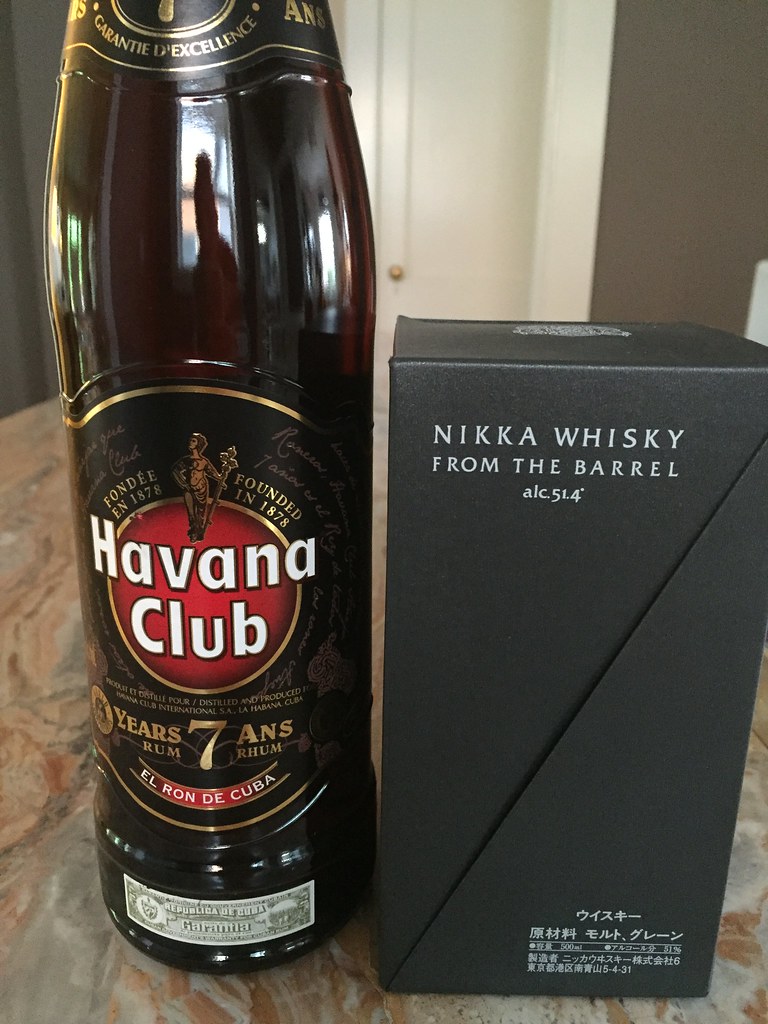