Our ship The Wind Surf had pulled into Barcelona early in the morning while we slept.  We had one last breakfast outside on deck in the sun and and by 8:45am we had disembarked and were headed to the Hotel Majestic via taxi. After a lovely 8 days our cruise was over.

It had been ten years since I had been in Barcelona, and it was Matt & Jen's first time. I couldn't recommend this hotel more for its location (practically across from the Gaudi house), service, and just the touch of swank that you need after being on the road (and/or sea) for 10 days. 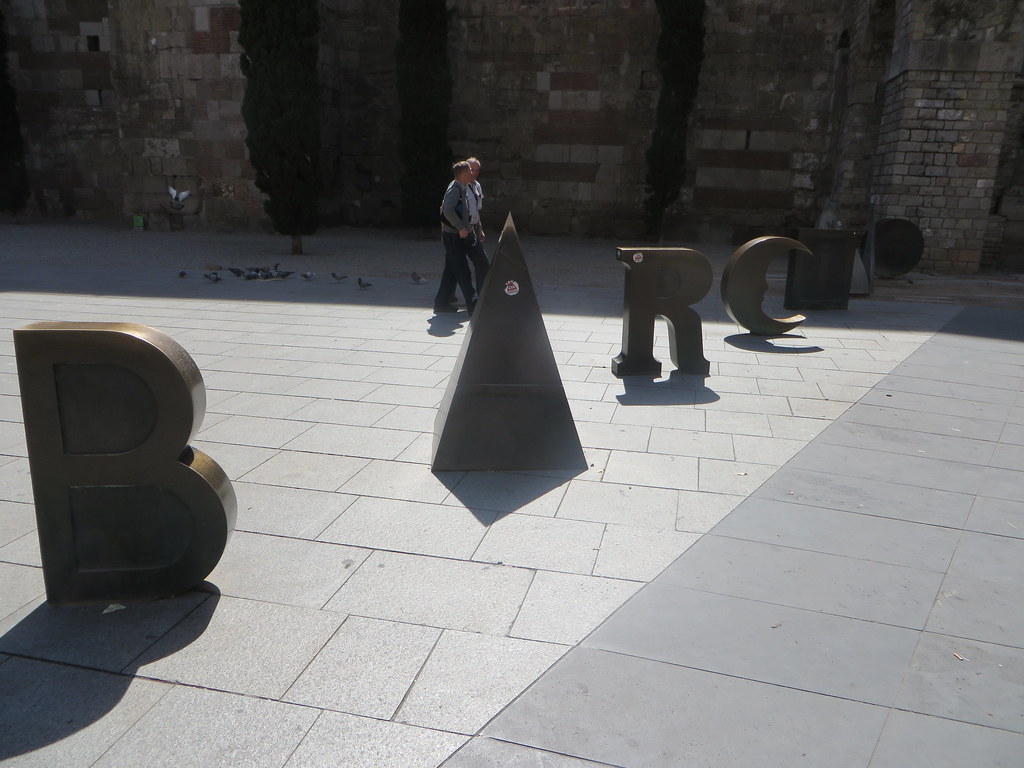 It was a gorgeous day so we dropped our luggage and headed out to explore. We strolled down the Ramblas and had chocolate and churros at Cafe Opera (where they weren't as good as they had been in the past) and then walked to the Basilica de Santa Maria del Pi- which means Saint Mary of the Pine Trees- and on to Barcelona Cathedral.

Near by is the Mercado de Santa Caterina which is easily spotted by its colorful and wavey roof. We had a fairly good tapas lunch at Cuines Santa Caterina outside, in front of the market. Nothing better than eating and drinking al fresco! 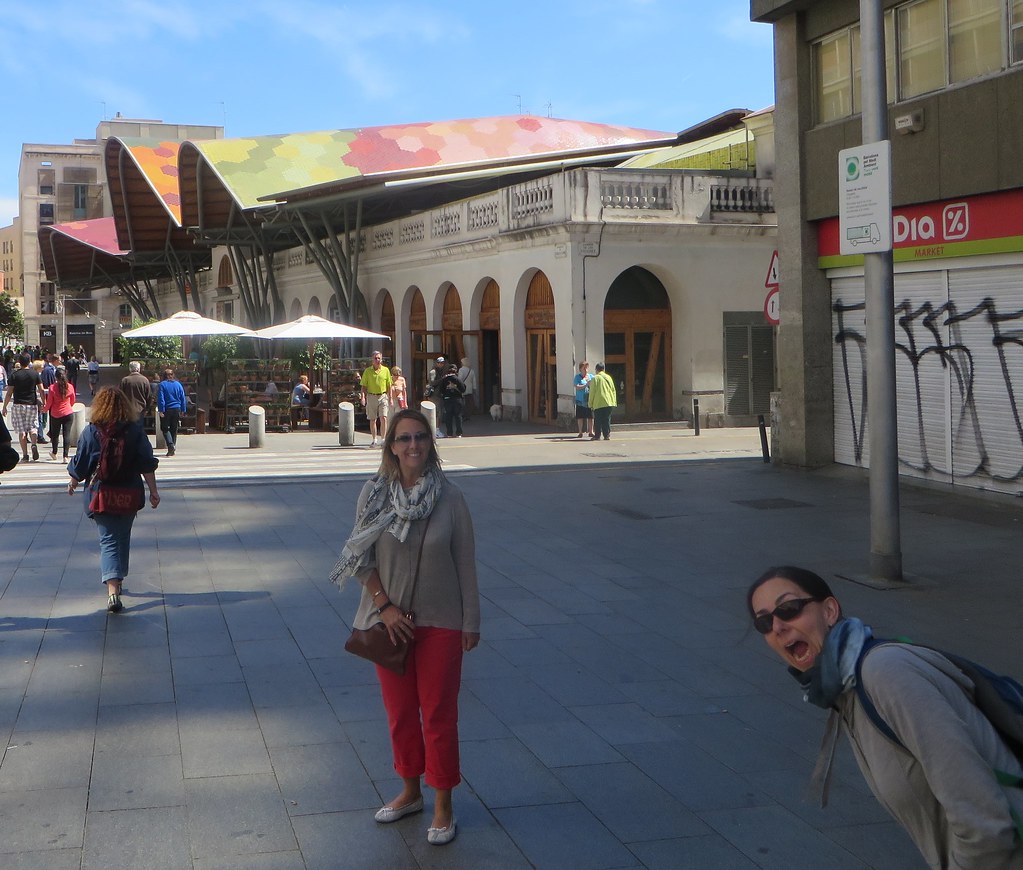 The highlight of my stay in Barcelona this time was our afternoon spent in Park Güell (the last time my highlight was climbing up the Sacrada Familia). We made our way up the steep hill via escalators and stairs and entered one of the free areas of the park. The views are absolutely outstanding and I would have been more than happy to have packed a picnic and just have spent the day gazing at the city and the Mediterranean (we could even see our ship still in port). 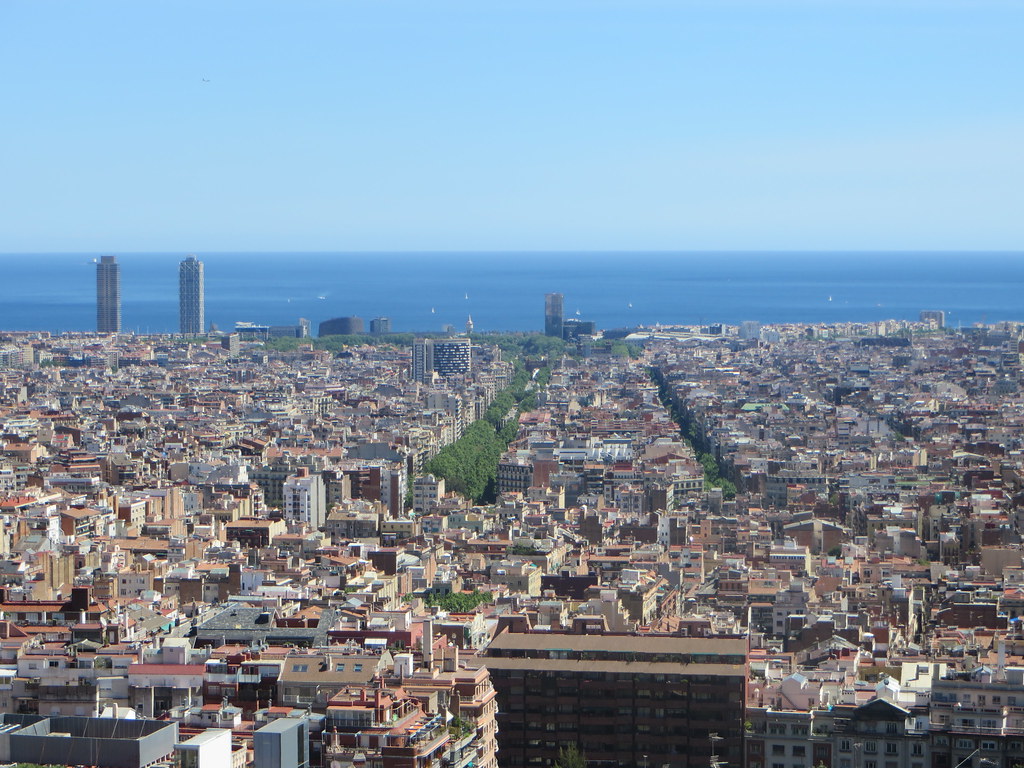 But we had come to see the works of Gaudi so we followed along the windy paths, enjoying some really cool sculpture and more views, until we got to the main ticketed zone. This is where we found out that we needed to a buy ticket- no big deal- but that they were timed tickets and we would have about an hour and a half wait before we could enter. Not the worst thing as we were able to wander the free area some more, and then snagged a table at the outside cafeteria and cooled off with some beers and sangrias. The wait was worth it but if you book in advance you won't have to! 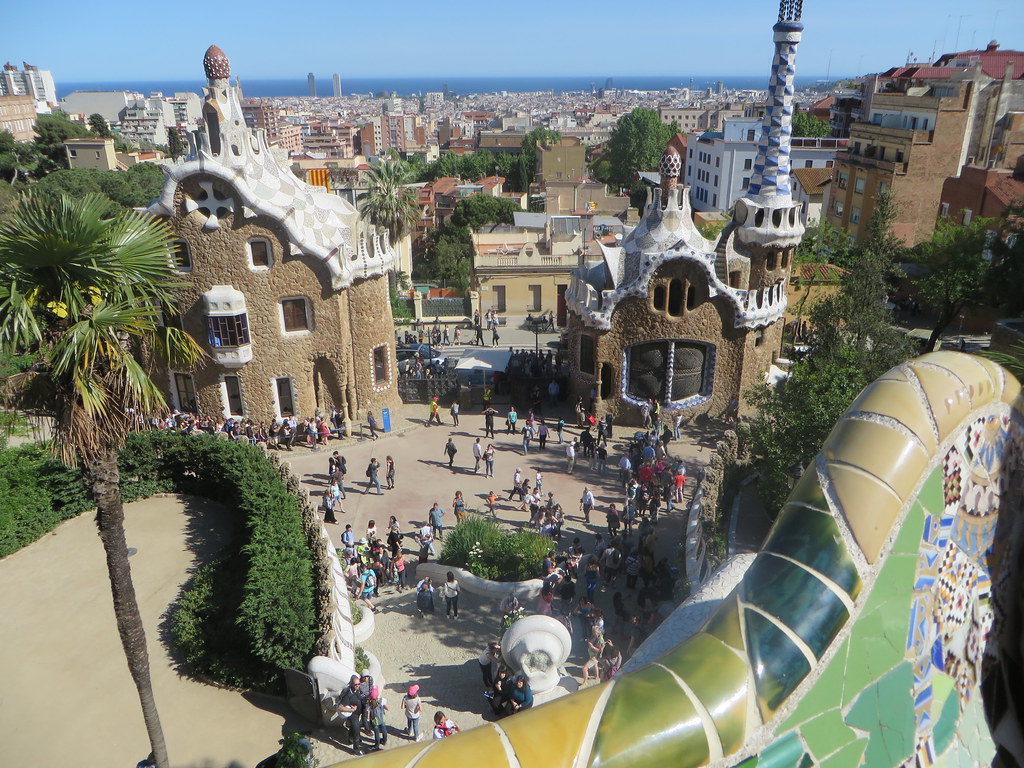 If the weather is good, I would highly recommend the park!! 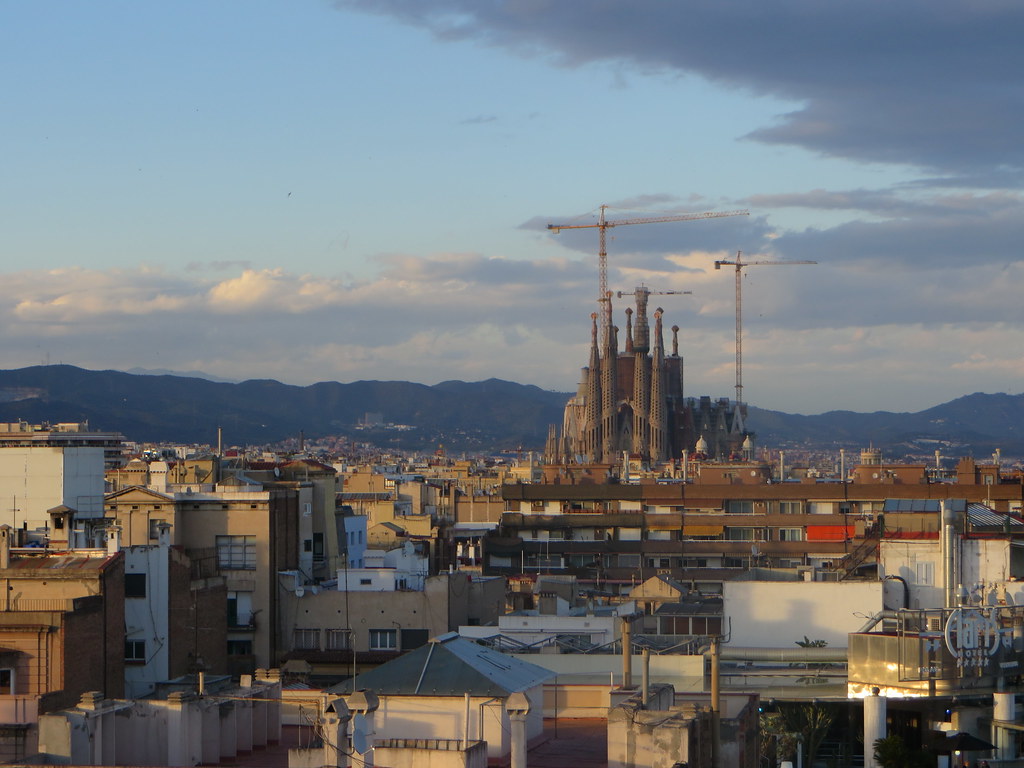 We started our evening with drinks at our hotel's rooftop bar, which had fantastic views of the city including the Sagrada Familia. Then we headed out for a proper martini at the aptly named Dry Martini Bar. I'm not the first to say that this is a fantastic spot for a cocktail, you should absolutely go while in town! The service is old school proper, the decor has a great throw back feel, and the drinks are top notch. 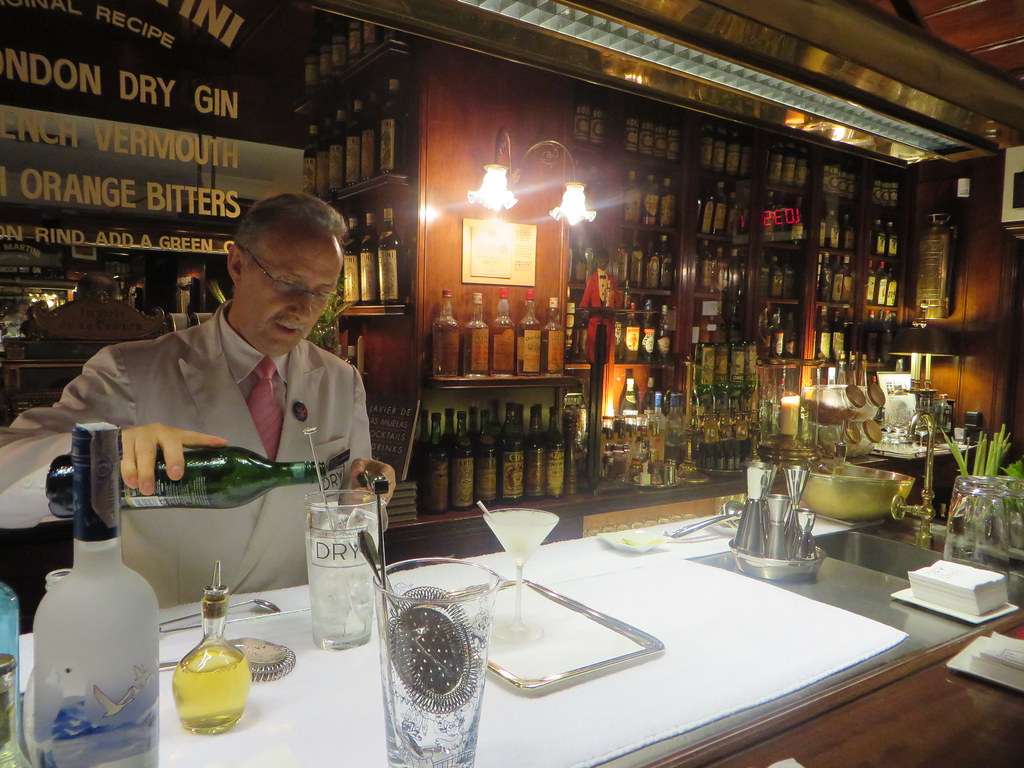 We then walked to the very popular Cerveceria Catalana at Calle Mallorca 236. After putting our names on the list we grabbed a couple of glasses of wine and waited out on the sidewalk along with everyone else. There is always a wait here as it is very good! The food is outstanding and combines traditional tapas dishes with plays on contemporary items (like mini hotdogs!) 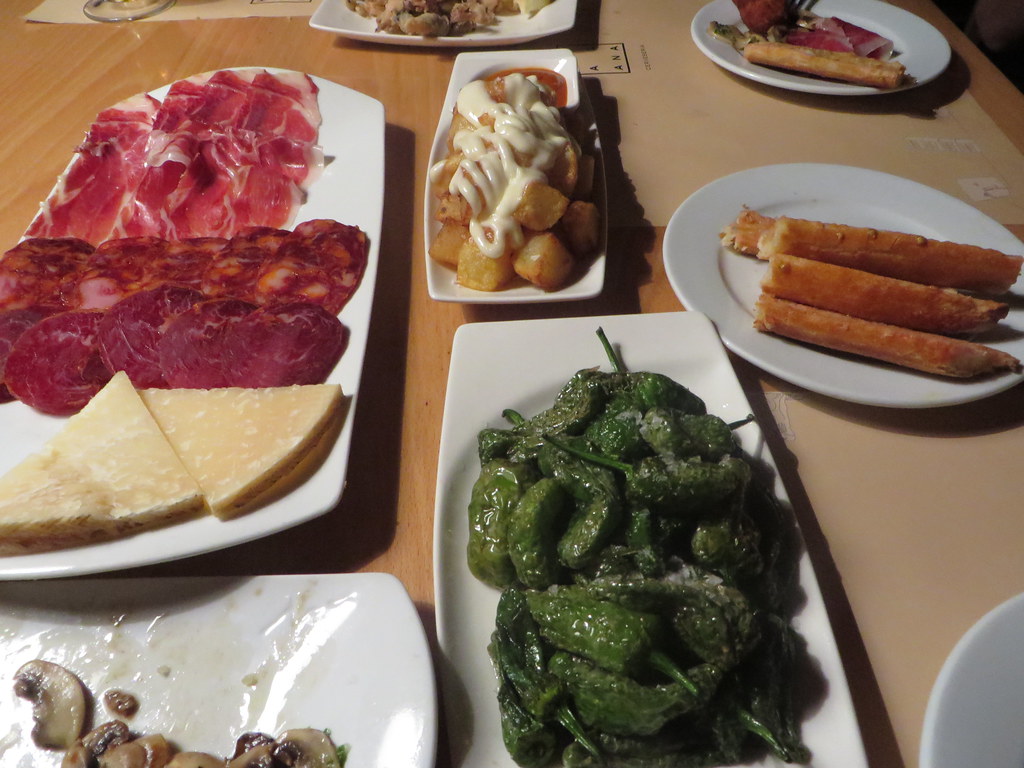 The next day we started with an early lunch at Bar Pinotxobar which is one of the first bars as you enter the amazing La Boqueria market. This place is also very popular, they serve fantastic food (especially the chickpeas with squid) and the owner is a hoot! 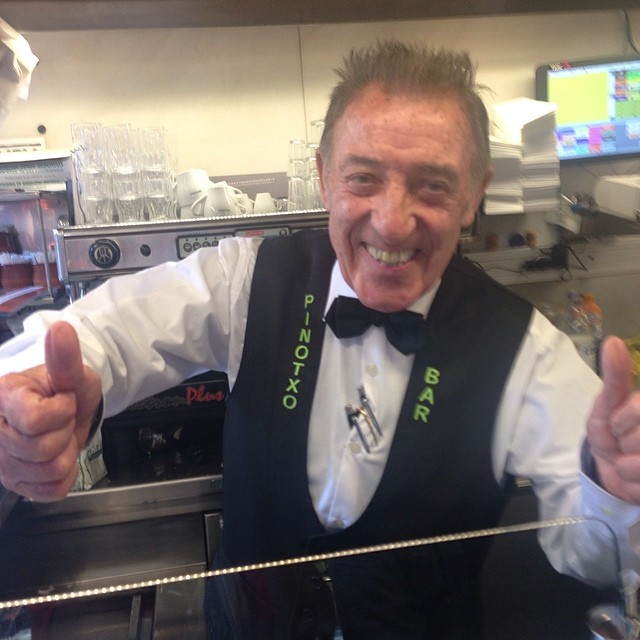 La Boqueria is closed on Sundays and the fish stalls are closed on Mondays so I'd suggest to plan your visit Tuesday thru Saturday.

After lunch we strolled through the market, shopping for saffron and tins of tuna and sardines to bring home. Then continued down the Ramblas to the waterfront and into the gothic quarter. Barcelona is incredibly easy to walk around.

That night, after some wine at our rooftop bar to grab some last views of the city, we headed to another old school haunt, Boadas cocktail bar. It is hidden in plain sight, right off the top of the Ramblas, and has been serving classic cocktails since 1933. 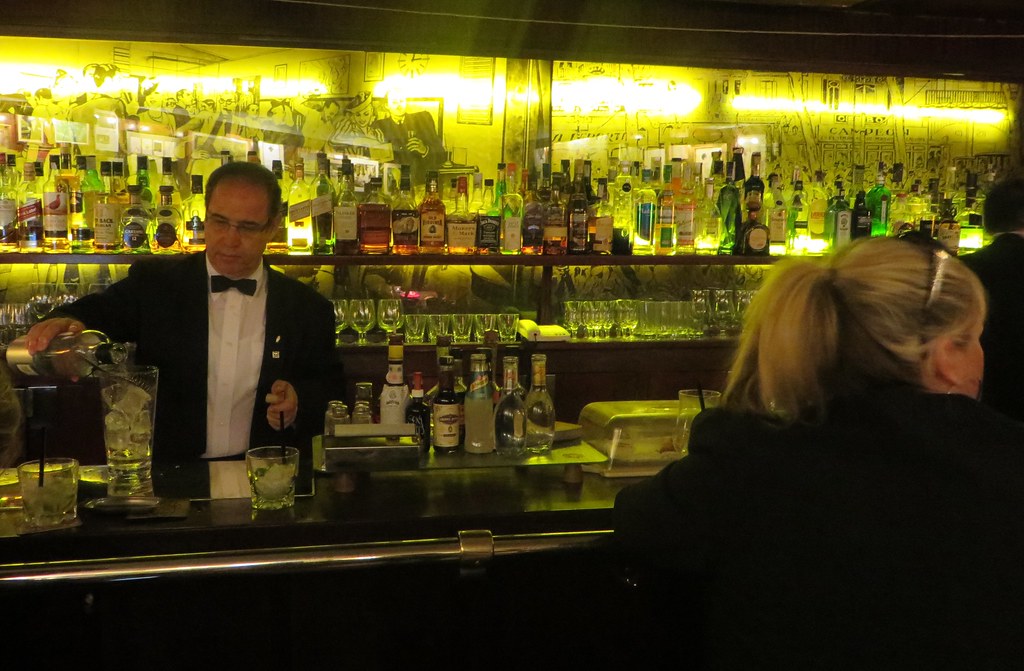 And for our last meal we had an absolutely delicious dinner at the one Michelin starred restaurant Hisop where the 8-course tasting menu WITH wine pairings was 90Euro. I think one-starred restaurants are really overlooked and they almost always impress me more than the three-starred!

Not only was the food and service stellar but the space is fantastically designed. It is quite small and very modern, with smart touches like these cupboards which store glasses, service ware, and a cheese drawer! 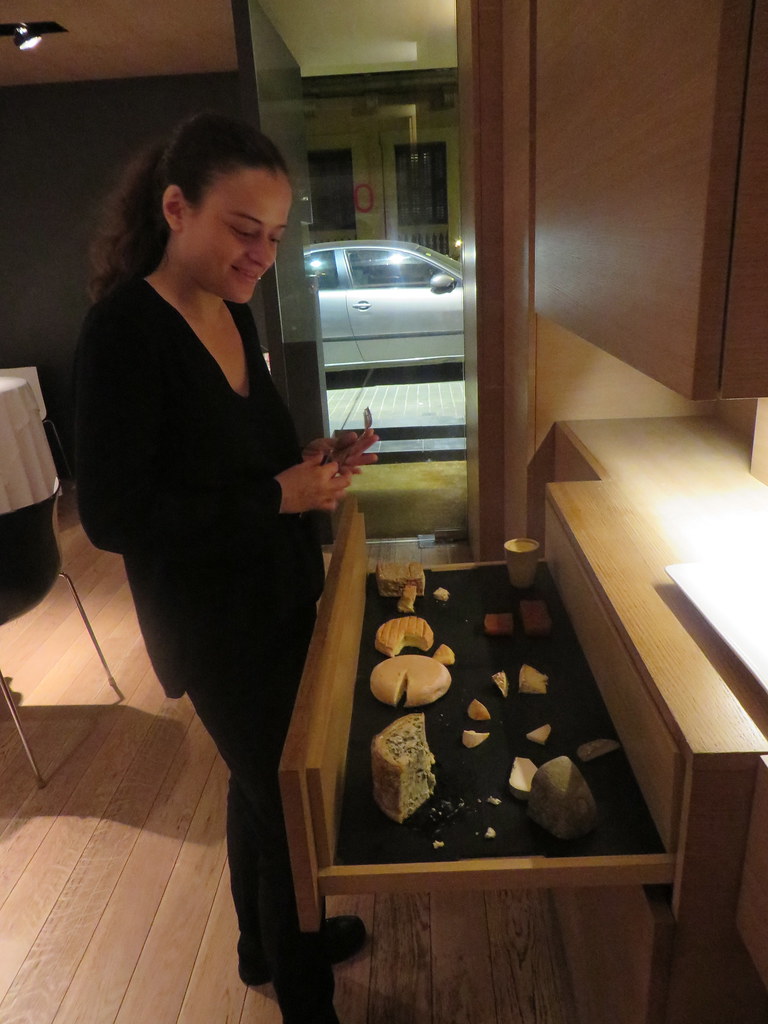 The next morning we took a cab to the airport (30 minutes and 26 Euro) and flew home. The sadness of saying goodbye to a great vacation was somewhat eased by the fact that I had cashed in miles and we were in 1st class, on a British Air 747 with just 20 total people in the upstairs section. And lay-flat pods.