After a two and a half hour cruise we arrived in the port of Tallinn, Estonia and checked in to the Merchant Hotel in Old Town. It's a funny hotel with big rooms of irregular size and the location is absolutely perfect to explore the entire ancient area on foot. 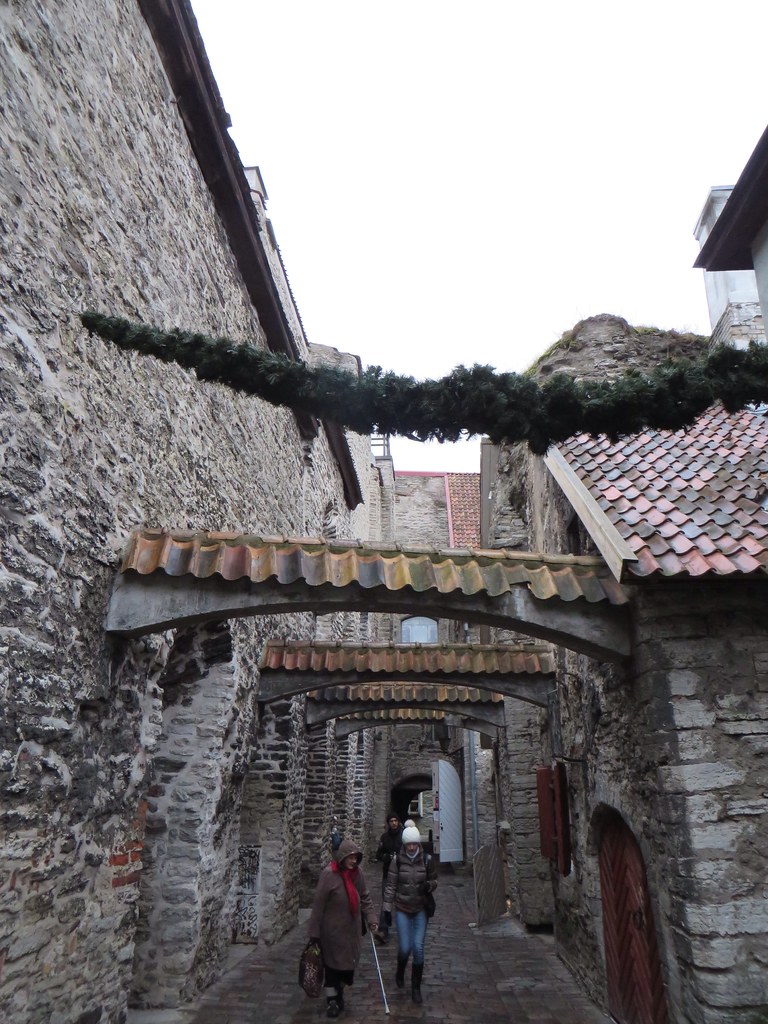 As the Christmas Market was going on we dropped our bags and headed out to do a little shopping and sightseeing. It was chilly and drizzly as we walked around the walled medieval town. The stone walls, streets, and buildings hadn't seemed to change much since the 11th century.

We were able to climb up to parts of the town wall for glimpses of red tiled roofs and church spires. For such a small town there are a lot of churches! 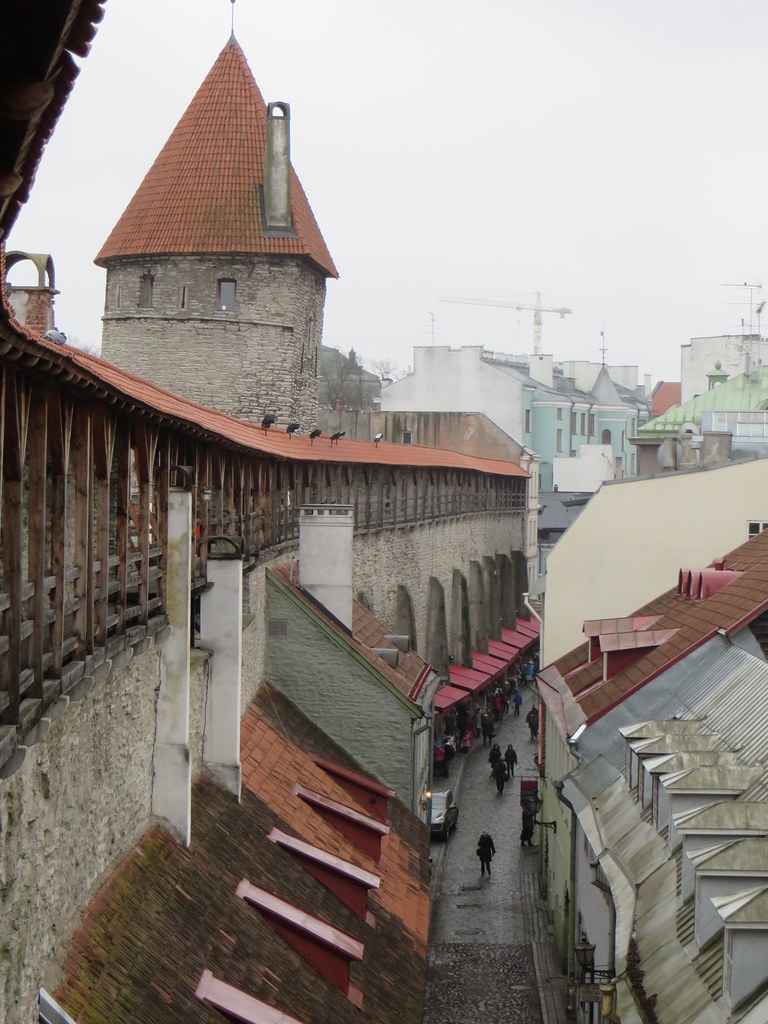 We stopped into the popular bar Hell Hunt for a few beers and snacks and then headed back to the hotel for a nap. We'd been up very early!

It was my birthday so we had a nice dinner planned at Restoran Ö. We started with cocktails from our hotel's "Ice Bar" which had a lot of flash but never had any customers except for us. They were quite intrigued by Forest & mine gin martini requests, obviously serving mainly vodka. 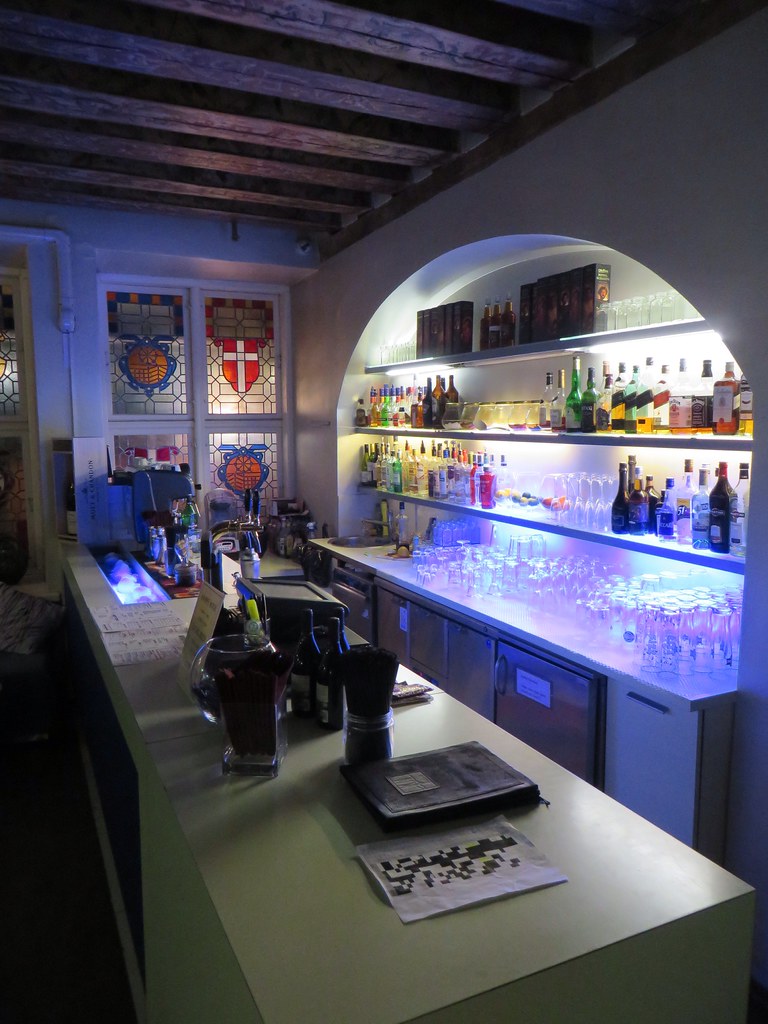 It was a quick cab ride to the restaurant which sat just outside the walls of the Old Town. The decor was a bit Scandinavian, minimalistic and beautiful. Our server was absolutely wonderful and even presented us with a few things compliments of the kitchen. And at the end of dinner when I asked for a cheese plate instead of dessert she stuck a candle in it! Very fun! 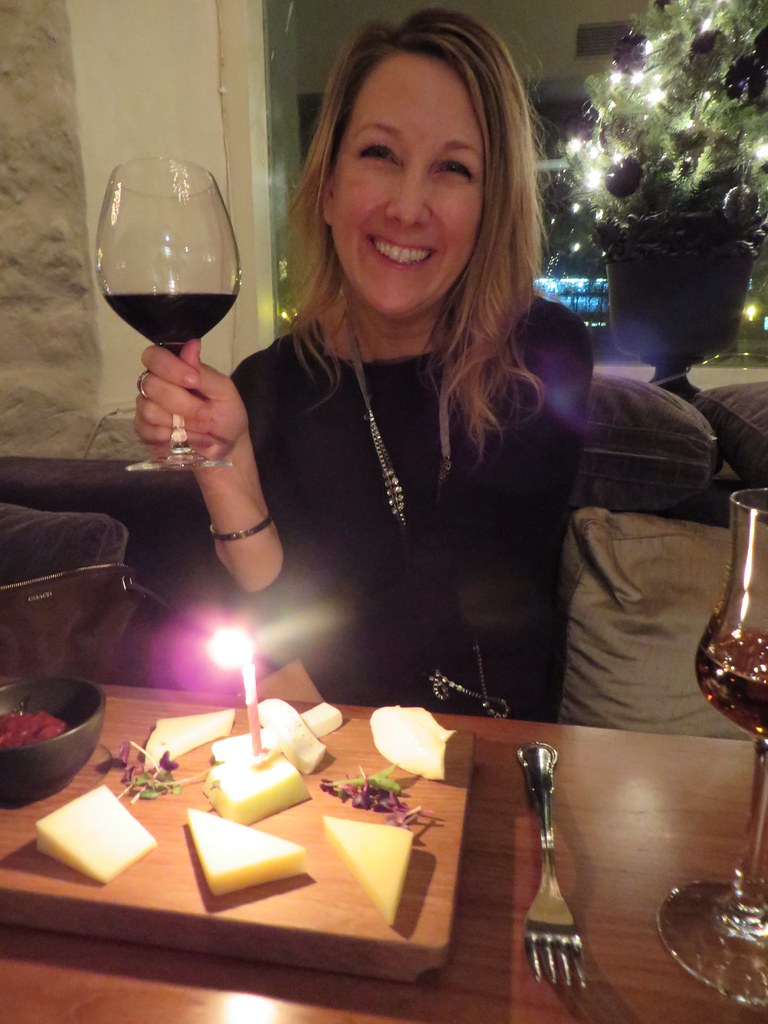 The next morning after breakfast, which was included in our hotel price, we walked to Alexander Nevsky Cathedral, the beautiful onion dome church. 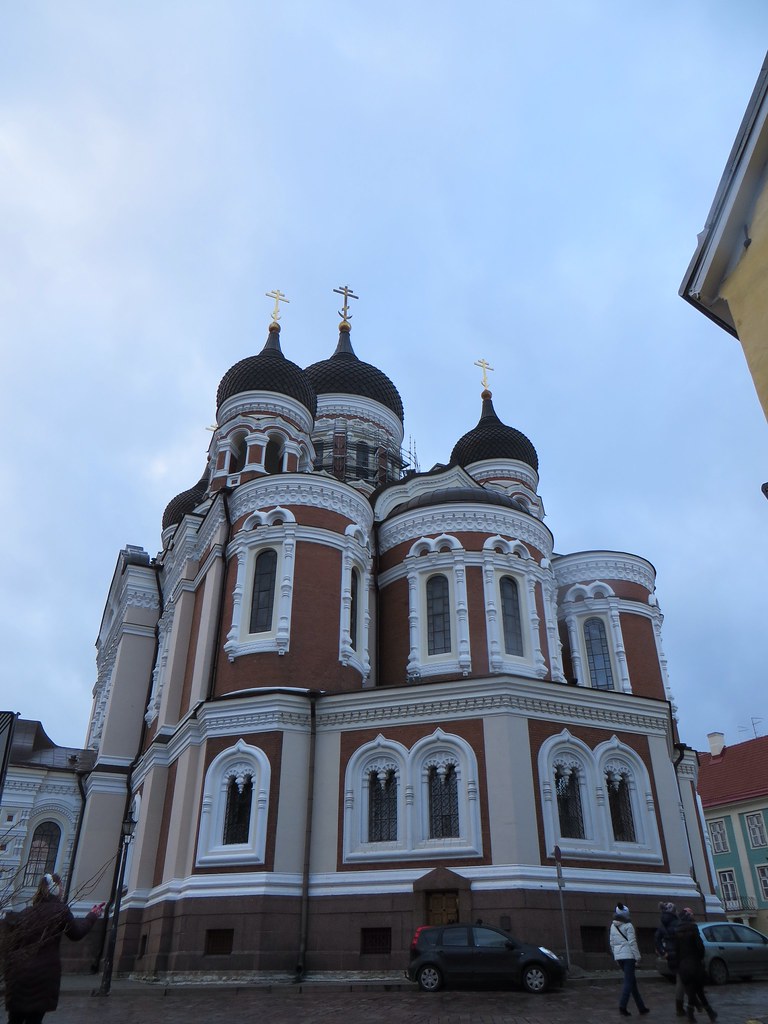 We continued walking to the Hill of the Harju grounds where we came across archery lessons. Random. Forest and I had a little competition in which she won. Barely. 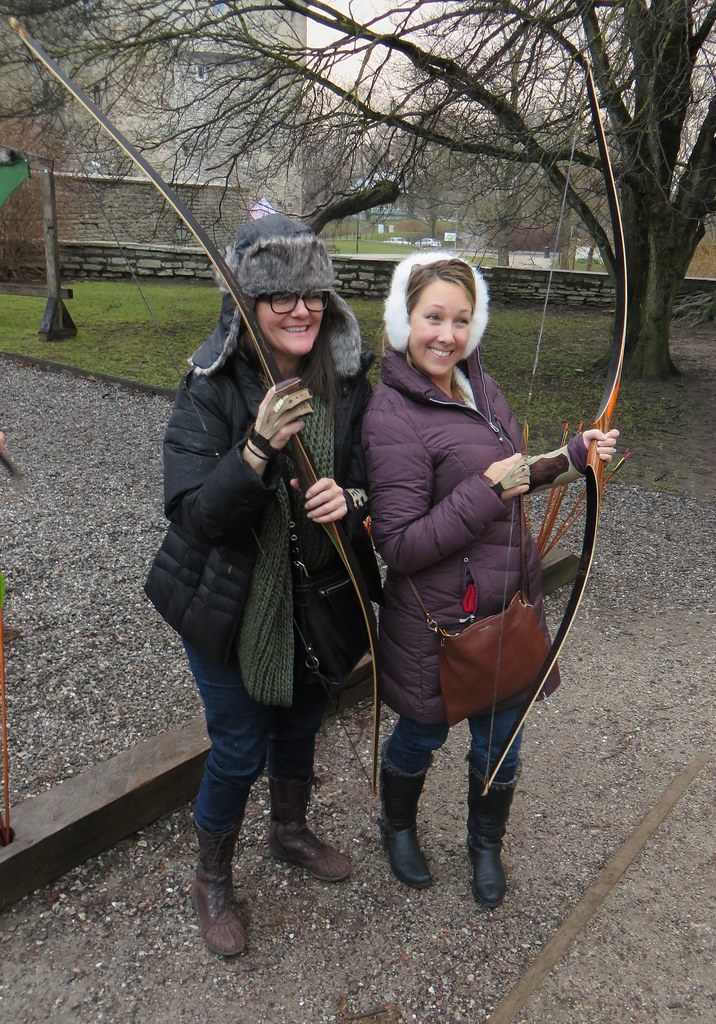 The town, a UNESCO World Cultural Heritage site, is really charming and it is easy and relaxing just to stroll around. We headed back to Old Town and had lunch at the touristy medieval restaurant Olde Hansa.  Sometimes you just have to play the tourist that you are. 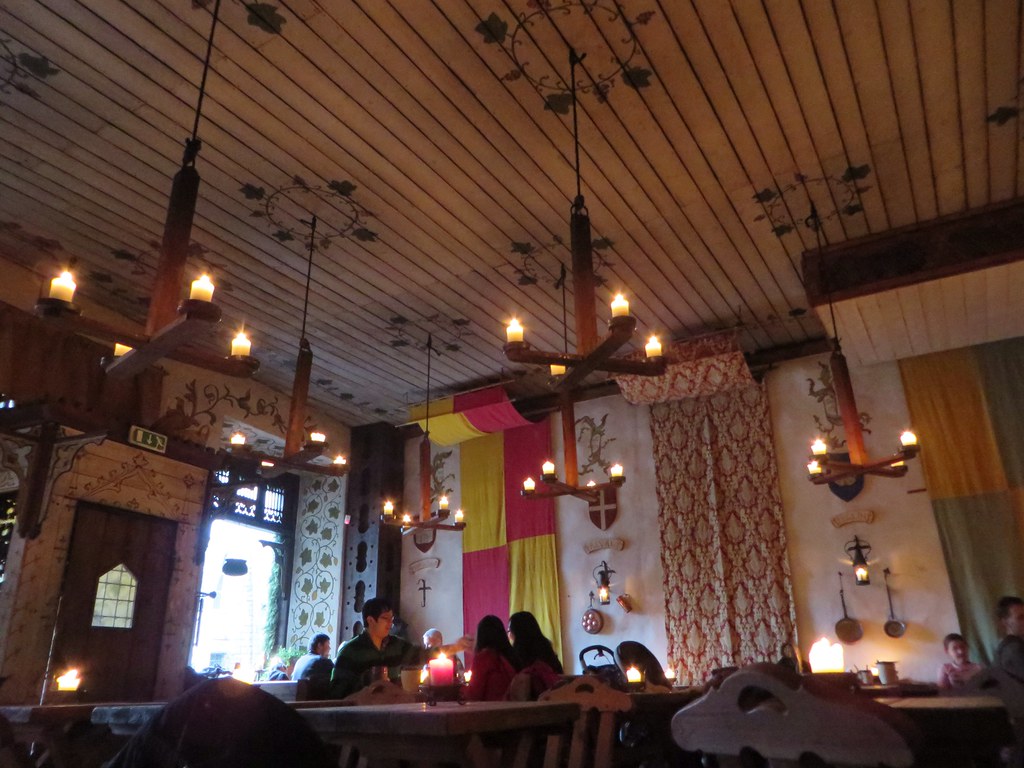 The place is lit entirely by candlelight, the only utensils are makeshift wooden spreaders and spoons, the cocktails were thematic and very herbal, and our waitress was dressed like a wench. We had a great time!

We just had just enough time after lunch to walk back through the Christmas Market and grab a hot Calvados before catching a cab and our ferry to Helsinki. 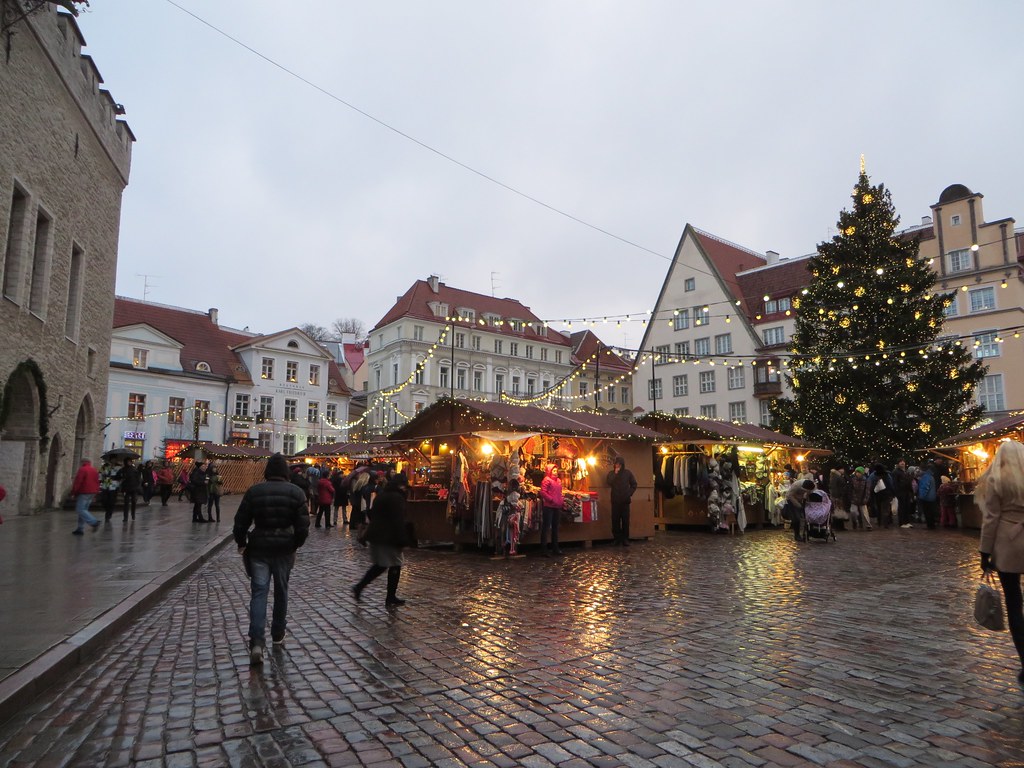