The first time I visited Madrid was also my first time in Europe- 1999, wow that was a long time ago!

August 2013 we headed to southern Spain to do some vacationing and to meet up with friends who graciously invited us to spend a week with them in the Alicante region.

We flew into Madrid and checked into the Hotel Urban, originally we had booked into the Hotel Real but their A/C was TU and Madrid in summer is crazy hot, so they made alternate arrangements for us at their sister property just a few blocks away.

The Hotel Urban is a very nice, modern, 5* hotel fantastically located just steps from the Plaza Santa Ana. There is a wonderful rooftop bar and plunge pool, and the basement houses the Egypt Museum. Both the common areas and the rooms display an assortment of Egyptian and New Guinean artifacts. The lobby offers complimentary juices and Cava and the hotel's bar Glass has over 30 different choices of gin and tonic pairings. Obviously I approve and highly recommend this hotel when in Madrid.

We were only in town for a weekend so we didn't do too much, I had really liked the big city, masculinity of Madrid from my first visit so I was content just to wander. We would also be hitting Madrid on our way out of Spain 2 1/2 weeks later.

Multiple lunches/beer breaks were had in Plaza Santa Ana, there are numerous casual tapas places with outdoor seating, perfect for people watching and just chilling. It was an easy walk from here to the Plaza del Sol––a hubbub of political demonstrations, knock-off purse vendors, and pan-handling backpackers––and then on to the Plaza Mayor––a gorgeous enclosed square of beautiful building facades and street performers. 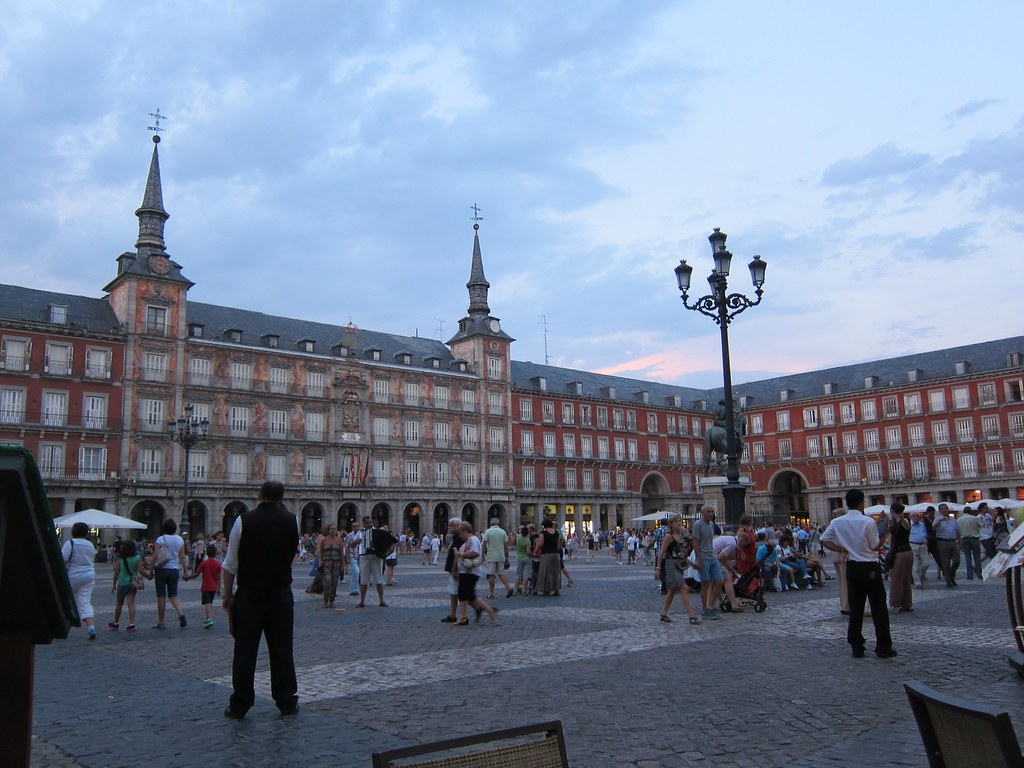 One afternoon was spent window shopping on the spendy Calle de Jose Ortega in Barrio Salamanca while strolling to the Prado. On our way we stopped for a wonderful lunch at Meson Cinco Jatas. Modern tapas, a nice outdoor patio, and good service. There are a few around Madrid (including one in Plaza Santa Ana). 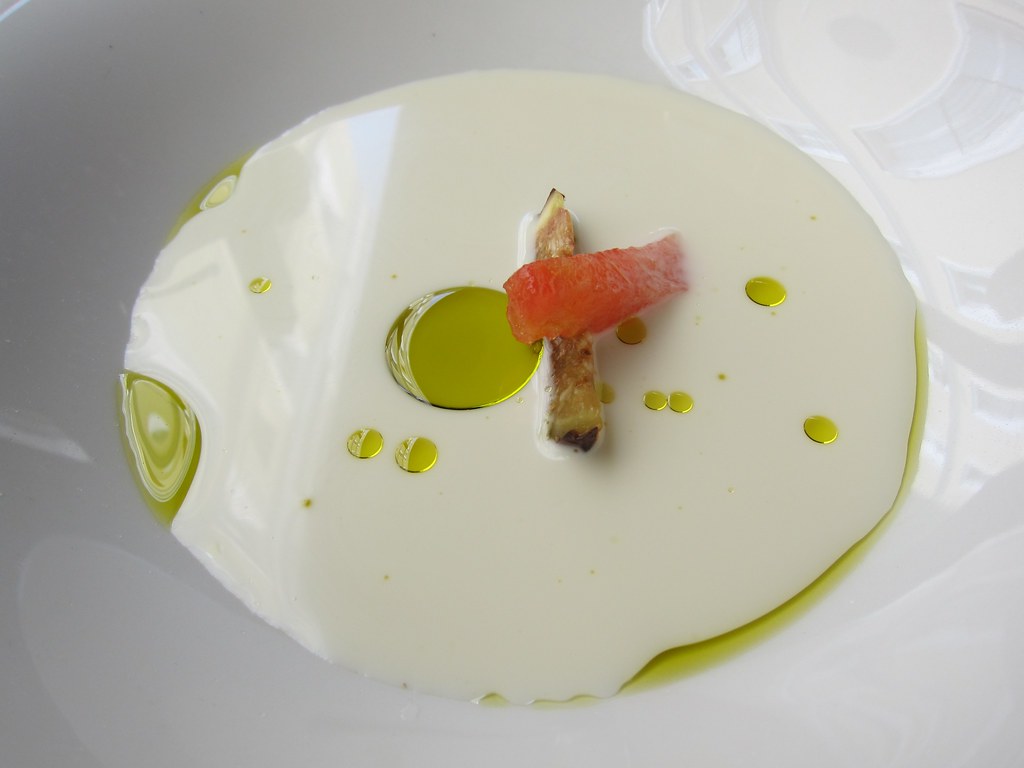 What can one say about the Prado? It is such a different collection of art than most of the museums in Europe have. And it's a very interesting building close to the park Retiro; and again, just near our hotel.

As previously mentioned, August in Madrid is hot, so a dip in the rooftop pool followed by some drinks and a siesta were the perfect accompaniments to our afternoon.

Dinner at Botin that night might sound cliché but I really wanted Dayne to experience the oldest continuously operating restaurant in Madrid, not to mention the exceptionally crispy suckling pig. Is it touristy? Yes. Is it over-rated? Probably. Is it a really fun experience? Without a doubt.

The evening started with sherry at La Venencia which is an incredibly old bar next to our hotel. If you are interested in sherry and looking for a true local experience don't miss this gem. We ended it with churros and chocolate at the famed Chocolateria San Gines and then huge, Madrid style gintonics (not a typo, that is how they are referred to in Spain) at a random bar on the way home. As it is in Paris, Madrid closes down a bit in August for annual vacations so many places that we would normally check out were closed, but there are still so many good and inexpensively priced places in the city that you can get along just fine without a bunch of pre-planning. 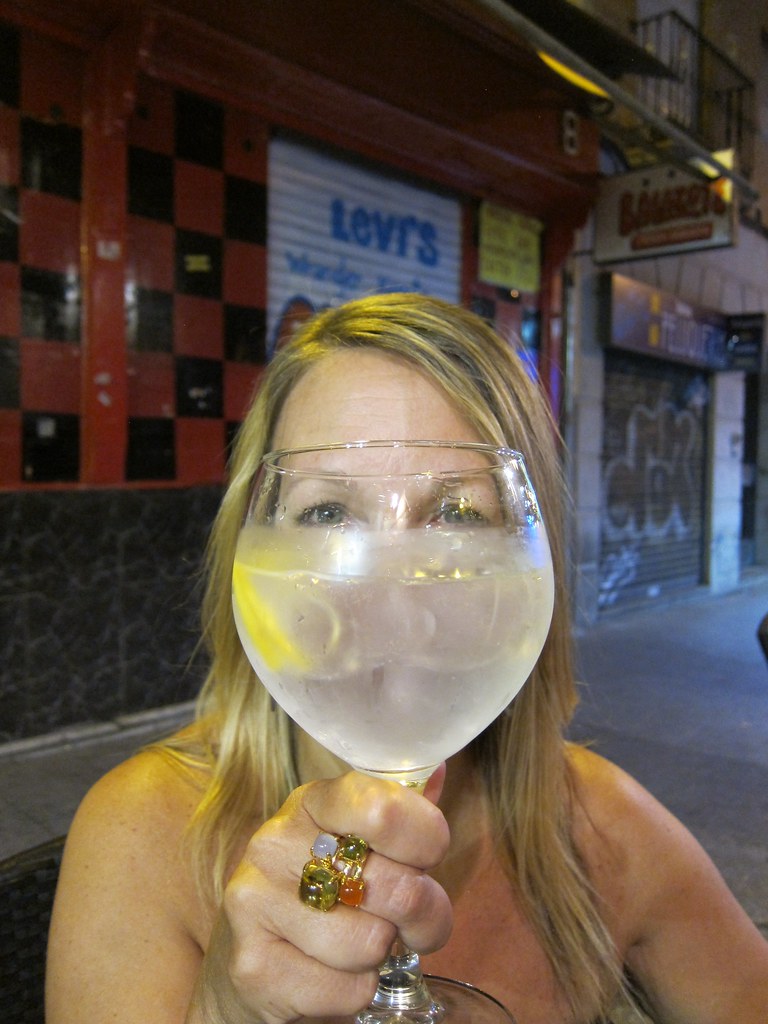 The next morning we had breakfast at the Museo de Jamon, a local chain with all things ham, and relaxed a bit back with a few beers in our neighboring Plaza Santa Ana before grabbing out luggage and heading to the train station to take the 2.5 hour train to Seville.