A day trip to Inari and a farewell to Japan 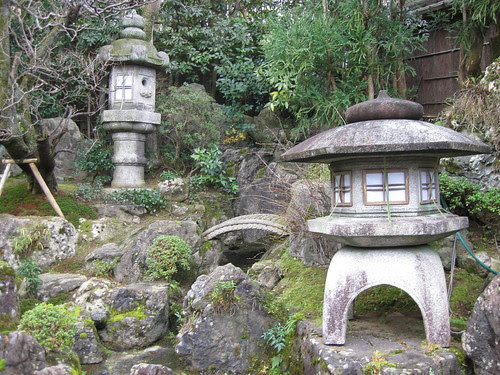 Our last day in Japan, tomorrow we all would leave at different times, 3 separate taxis scheduled to pick us up and take us to various train stations and airports.

We started with breakfast in a nice tea house we had seen on our first day's walk of Kyoto. The garden here is so pretty and the koi are HUGE!

After breakfast Dayne, Matt & I decided to take a day trip to Inari. It was an easy and quick train ride to the small town where the streets were jammed with people making their way to Fushimi Inari Shrine and the the 1000's of torii that wind their way up the small hillside. 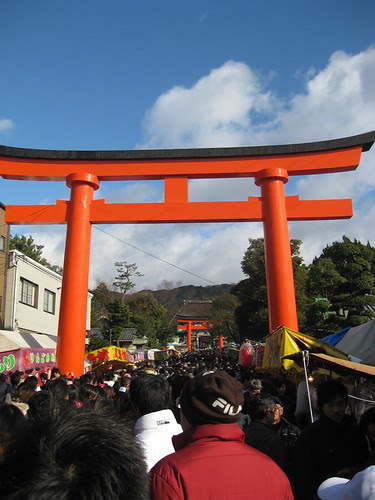 The streets were also lined with food vendors, a street carnival feel going on although very different than the street foods we see at home. Here there were whole mackerel grilling on sticks, skewers of chicken, soba noodles being griddled, candied fruits, whole grilled squid on sticks and Sapporo beer everywhere.

We spend some time walking up the hill, through the thousands of orange torii gates. Small "neighborhoods" of shrines would be grouped together here and there, most covered with offerings of sake, sushi, rice, etc. It was a very pretty walk, the higher you got up the hill the less people there were. 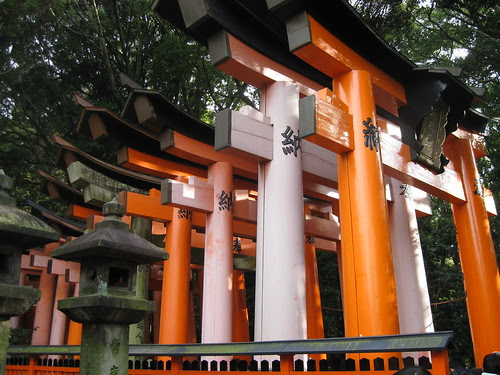 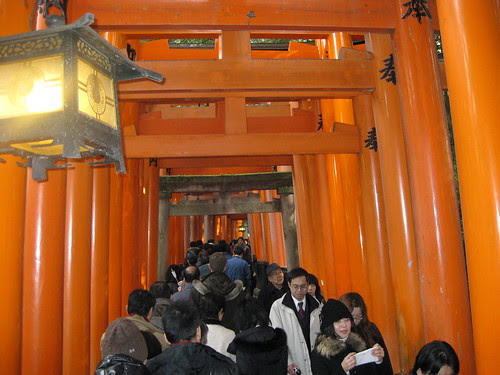 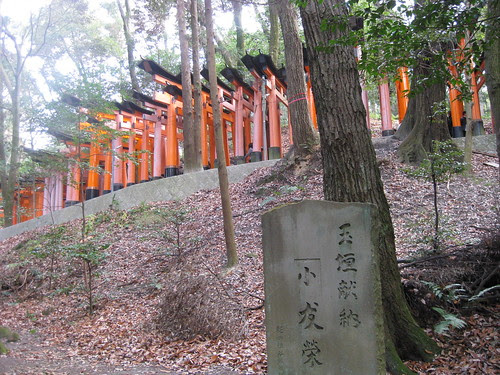 After some street food and some beers we headed back to Kyoto to meet up with Forest for our last night. One last cocktail hour in the apartment, one last night out for dinner which would consist of kushi skewers and then okonomiyaki (our favorite food in Japan) and finally a go at karaoke!

We got a private room and immediately ordered up some Japanese whiskey and set about trying to figure out how to work the equipment. There was a good assortment of song choices and even some holiday tunes. We had forgot our animal costumes so just had to sing in normal clothes! 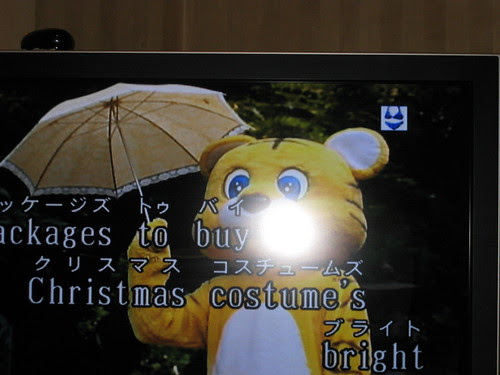 It was a great last night spent with good friends!

Dayne and I had a bit of trouble getting out to the airport the next day. After a quick and uneventful bullet train ride up to Tokyo I accidently got us on a train to the airport which stopped at every town between Tokyo and Narita, making the trip over 1 1/2 hours! We arrived 45 minutes before our flight departure but no one seemed to mind. We rushed to our gate and stood in the long line to board and were then informed that they were moving us from our coach seats at the very back of the plane to row 6 in First Class!! We were so excited as we sat down and were served champagne. This was real international First Class which I had never had a chance to fly on! I spent about half the flight home playing with my seat which fully reclined and had a massage feature. We were also served this lovely dinner 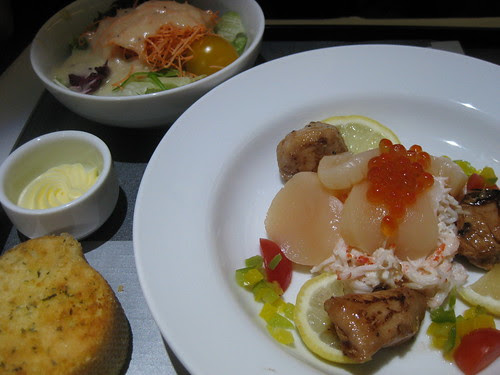 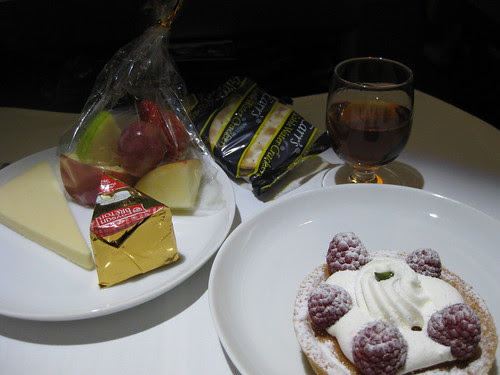 Thanks for following along on our trip and thanks for the nice comments. As always if you'd like to see all the pictures from Kyoto you can click here.
at April 13, 2009