Can we just talk about travel for a minute? Not the romantic views (pushed upon us by people who clearly never travel) of perfect timing, pleasant customer service, everything going according to plan. Let's talk about the reality of cramped flights, surly airline people, and all day travel which feels like work instead of vacation. Travel is work folks, it is hard, it is frustrating, but it is rewarding more than any paycheck out there. I've had my share of ups and downs on the road, and I know there will be more, but let me just tell you this one little story.

I woke up at 5am for my American Airlines flight to Mexico City via Dallas/Fort Worth from Seattle. I am not a morning person, let's leave it at that. My phone showed an alert via TripIt that my flight was delayed from 8am until 11am. I called AA and an agent told me they had me rebooked on the 11am, I would make a connection in DFW but maybe not the one I had planned, which sucked as I was meeting my friend Forest there. But at least I had a flight and I was happy as I went back to sleep for another hour.

Upon re-waking at 8am I received a text that the flight would board at 8:30am. WTF??? Let me just say that there was major stress as I quickly called a cab, then tried to get someone on the line from American, while rushing to the airport for a delayed flight that I was now sure to miss. At the airport there were other passengers trying madly to check in under the same circumstances and desk agents refusing to check them in or tell us the status of the flight. FinallyI was able to get an agent to check me in, I ran to the gate, only to find that the crew hadn't shown up for the new time yet so we finally left at 10:30am. I was pissed. To top it off the flight only had vodka on board- no wine, beer, gin, etc.- just vodka. The definition of 1st world problems. 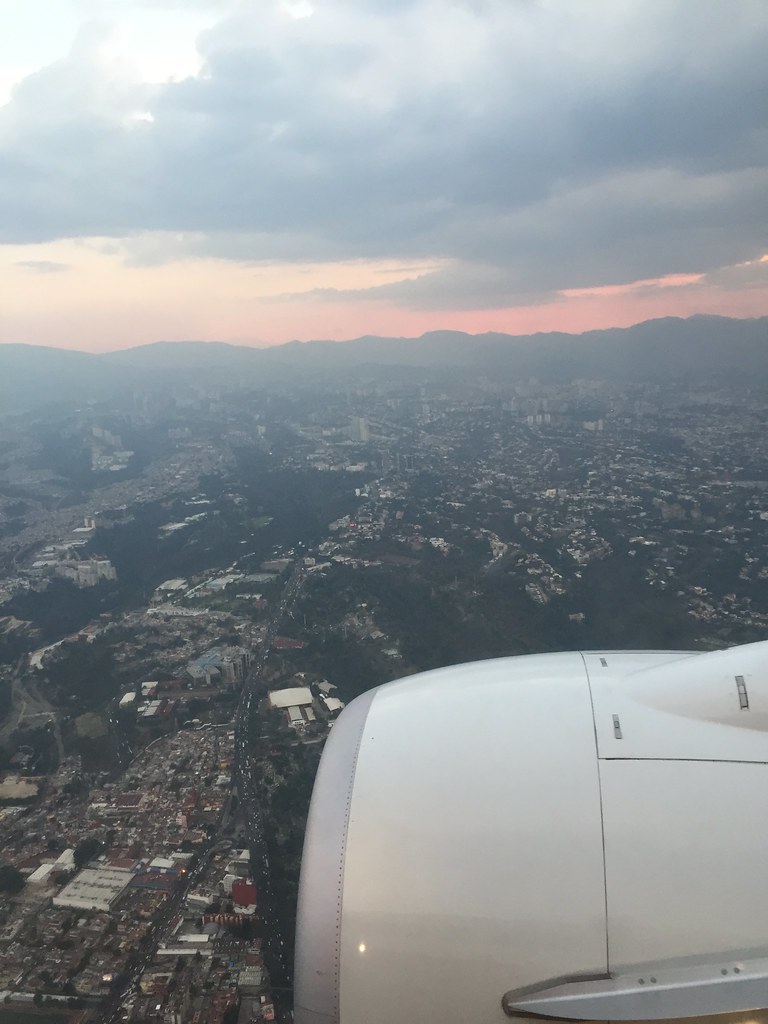 As we were landing in DFW I realized that my plane was pulling up to the same gate as the connection to Mexico City was set to leave from. Fantastic I thought, I have made my original connection and Forest was there to meet me. I checked in with the gate agent and she informed me that since I had already been rebooked my luggage had to take the later flight, it could not stay on the plane that I just got off and continue to Mexico City with me. If I chose to fly with Forest my luggage would not, and they wouldn't deliver it the hotel I'd have to wait for it there. WTF again???

I chose to fly with my friend, we made martinis on the plane, my bag wasn't there when we landed but the nice guys working in baggage had it delivered to the hotel during the night. Jesus, how hard is good customer service. I know that is a long story, it was even longer to live it! Enough, let's talk about Mexico City! 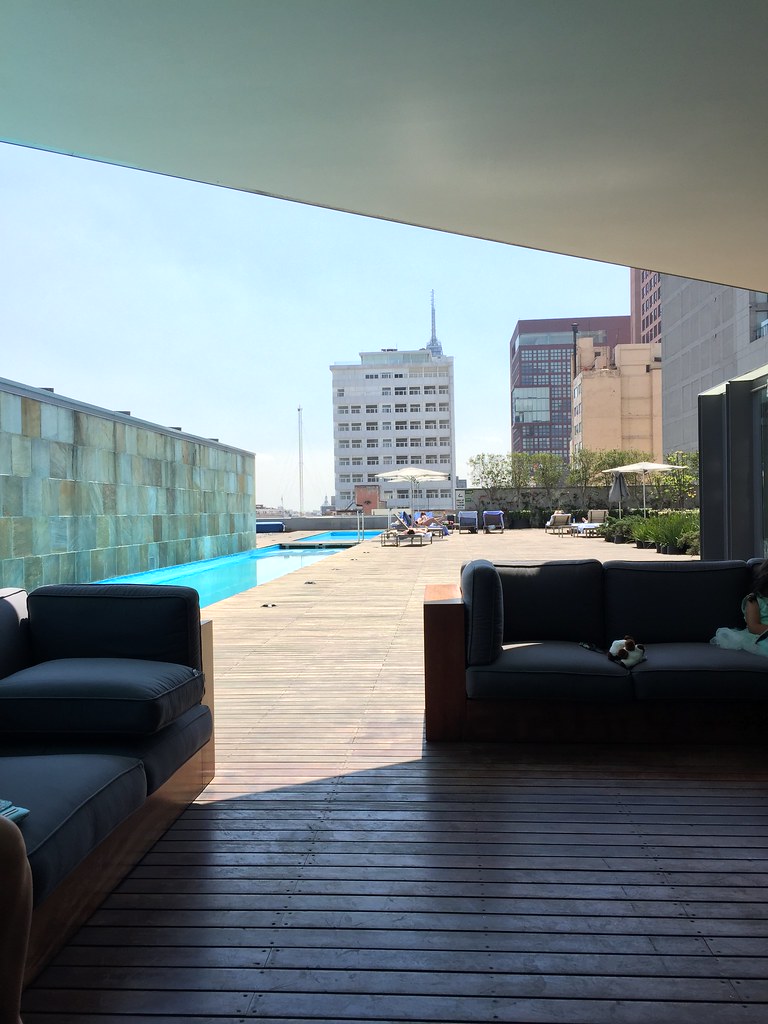 I'm obsessed with huge cities and Mexico City had been on my list for years. Let me tell you, it did not disappoint. Mexico City went by DF (Federal District) for years but recently that has changed and now it is CDMX. The first part of my stay was for Tales on Tour and we stayed at the Hilton Downtown Reforma. Although a business hotel, the Hilton had great spaces, and our room had great views. Most importantly it was a great location for sightseeing. 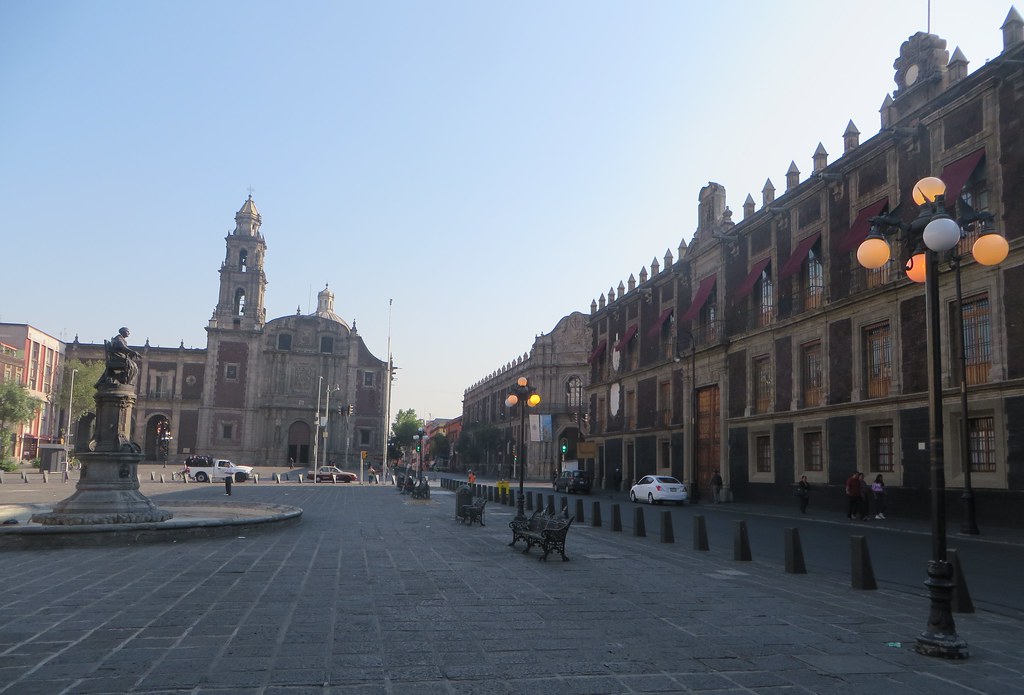 Forest and I booked a Market Tour with Urban Adventures on our first full day in town. We met our local guide Cesar at 8:45am near the Zocala (a massive main square) and were thrilled that we had him all to ourselves. The city of almost 9 million people (21 million in the greater area!) was surprisingly quiet at this time of day. 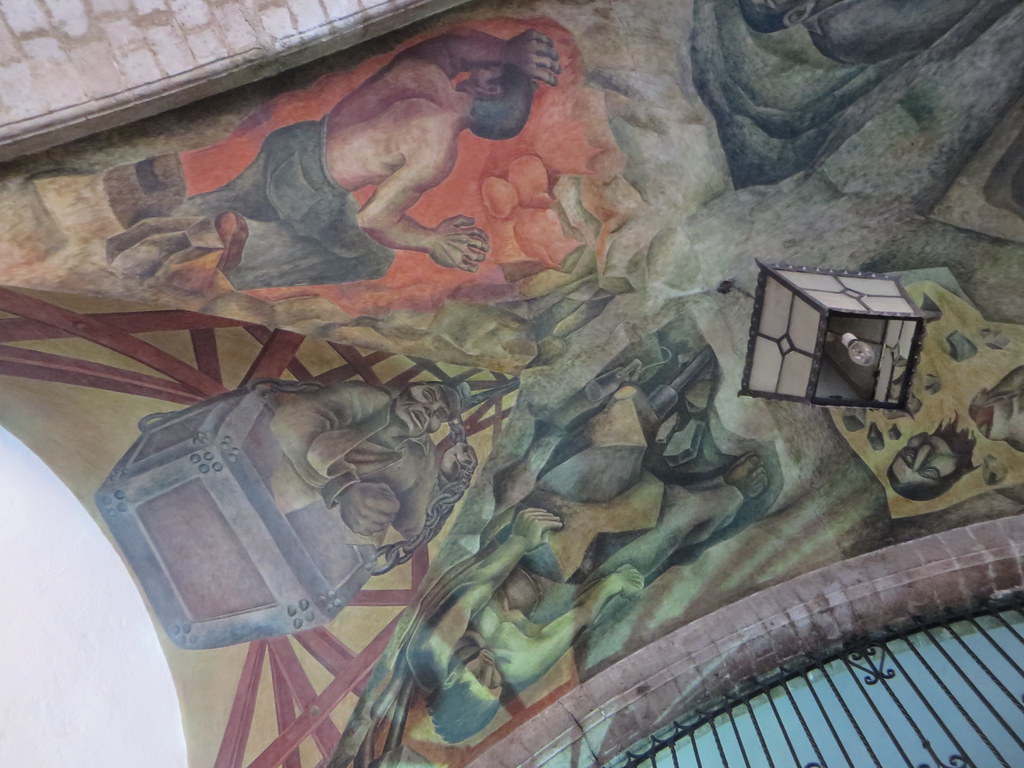 The first stop we made was to the Abelardo Rodriguez market. This neighborhood market has some incredible murals, if you know where to look, done by Frida Kahlo and Diego Rivera and students studying under them. They have pretty much been forgotten and even a lot of the locals don't realize they are there! We stopped for a mamey fruit shake and then queued up for tamales at an unmarked stand. Delicious and not some place we would have spotted have without Cesar.

From here we walked to the Sonora market which is also known as the witchcraft market. Although chilangos (the term residents of CDMX go by) are primarily Catholic, witchcraft is an old and still normal practice by the majority. The market had everything from various candles and soap, all with a specific wish-granting purposes, to dried herbs, plants, and even animals for creating potions. The market also had a lot of non-witchcraft stuff like shoes, toys, and even pets! 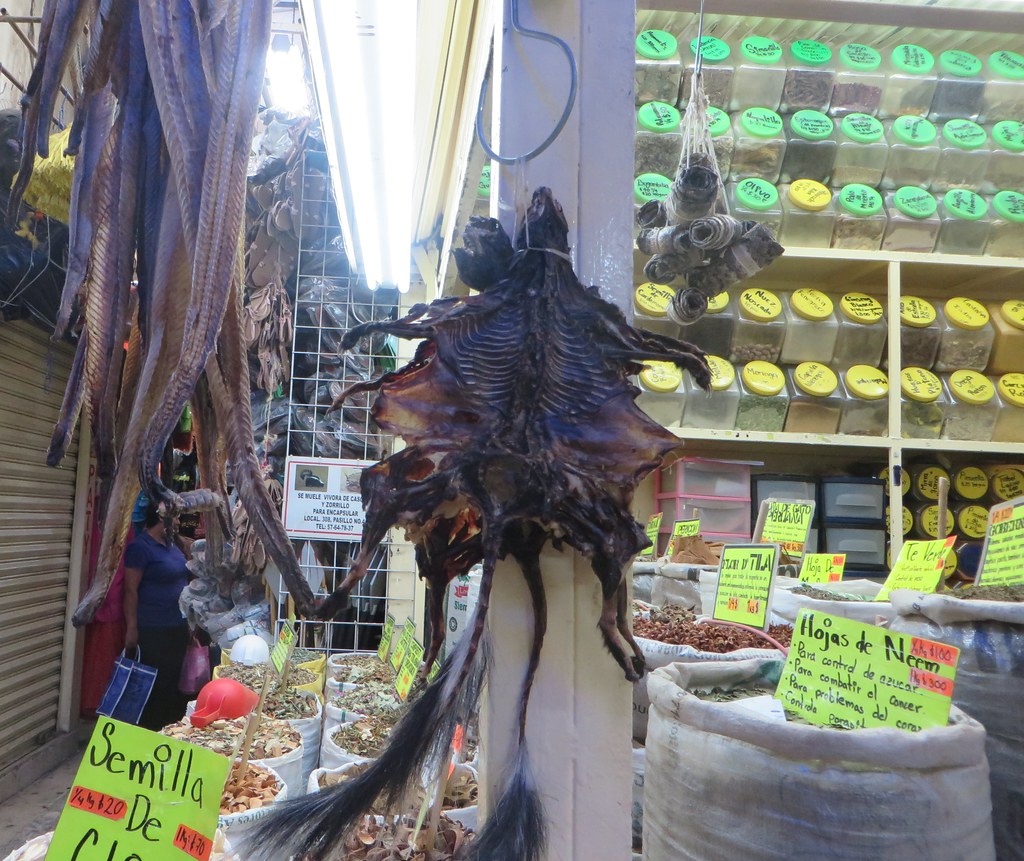 We got on our broomsticks, I mean we grabbed the subway and then hopped on a locals' bus, and continued on to the Jamaica market. This is more of a traditional food-centric market. We sat down at the very busy Carnitas Paty counter and ordered some delicious tacos. I chose to have the mixte version, where one of the guys chops up an unique assortment of pig parts; think head-to-tail literally. 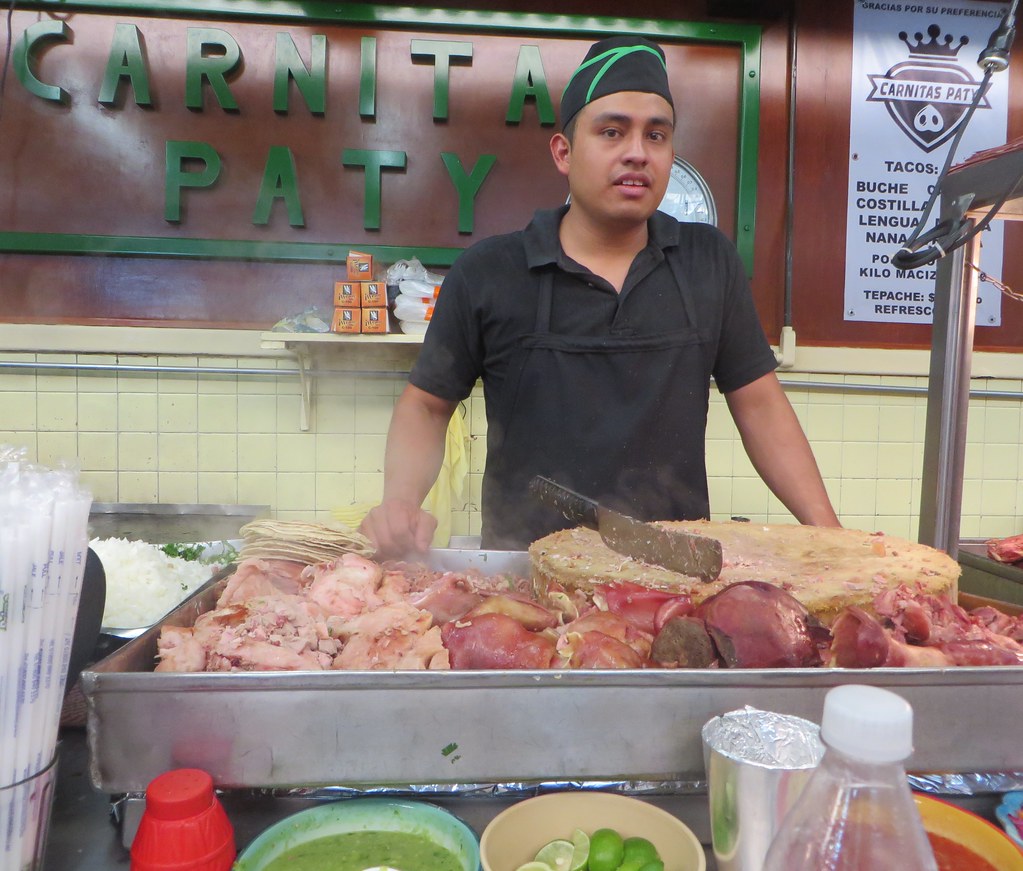 We made friends with a local woman who was having lunch with her dad when he noticed me adding the super hot sauce to my taco. He told Cesar to warn me, which he did, and although the sauce was spicy it wasn't uncomfortable to me. Dad shook his head and told Cesar I must have chilango blood in me, a great compliment I thought! We also tried the most delicious drink called tepache, which is fermented pineapple juice with tamarind in it. Seriously amazing, if anyone in Seattle is making this, I need to know about it. 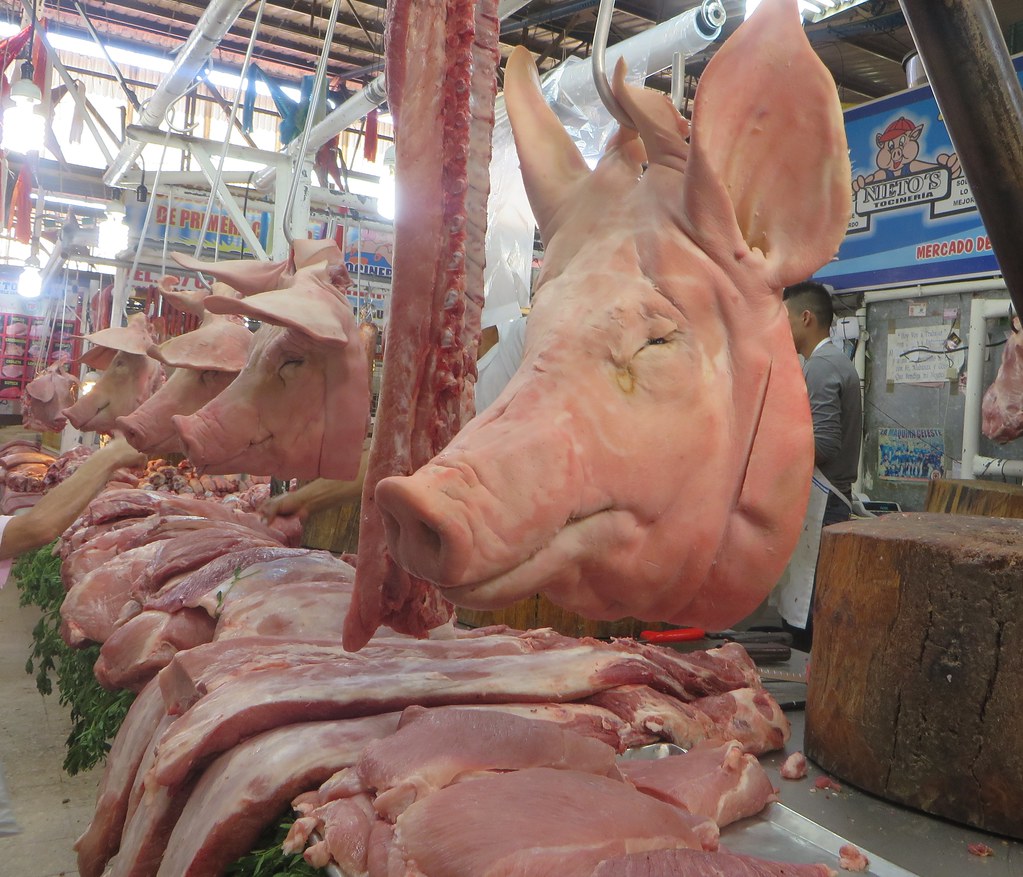 After a stroll thru the market, checking out the huge wheels of queso, pig heads, yellow chicken, hominy, etc. we headed to the flower market. Huge warehouses full of the most gorgeous floral displays, as well as stalls selling all varieties of flowers in bulk; super pretty to see and amazing to smell. 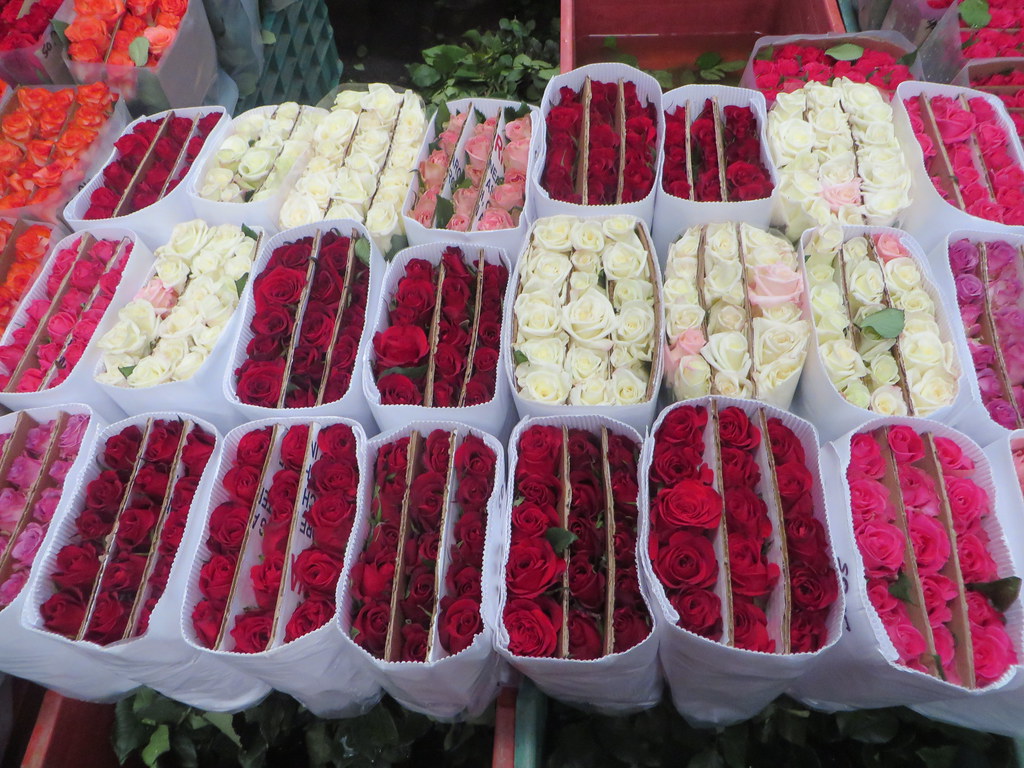 The floral market also has some fruit and vegetable stalls, we stopped at one to taste raw jicama sprinkled with chili powder and lime juice. Delicious.

Just outside of the flower market we sat down at a small open-air restaurant called Huaraches Ramoncita, located in a cute courtyard to taste their specialty, huaraches. The fried masa dough is oval in shape, resembling the huaraches sandals, with an indention on the top, ours was filled with refried beans, nopales (sautéd cactus), avocado, and fresh salsa. I'm sure I don't have to tell you have scrumptious this was! 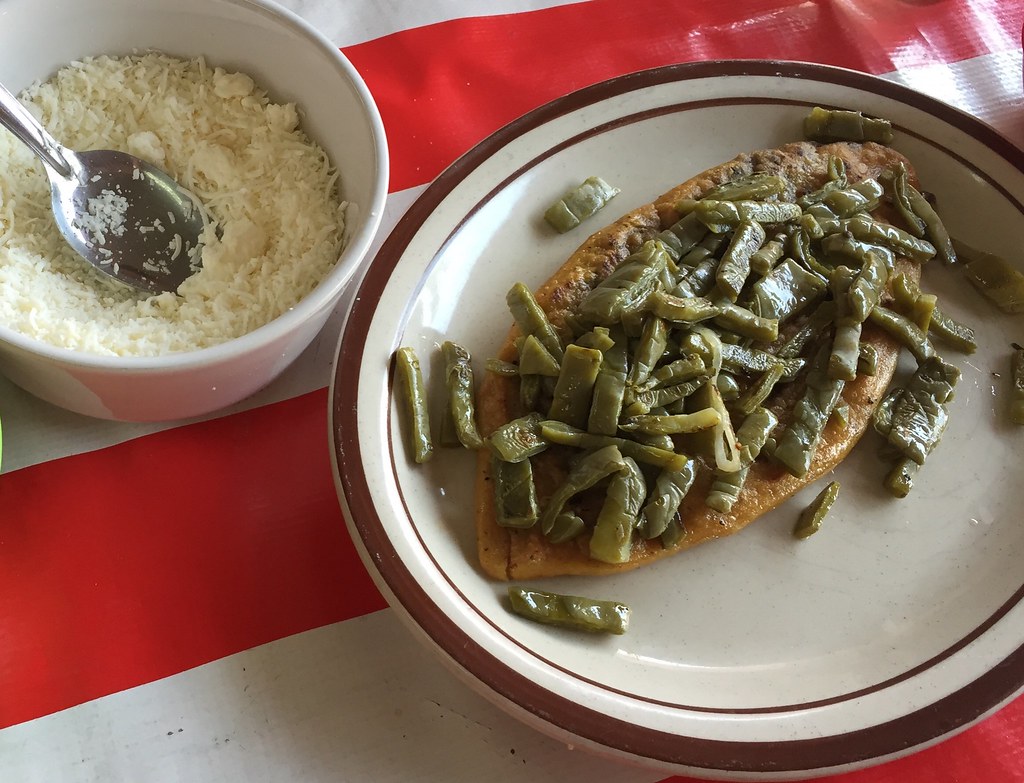 We had told Cesar that we were both pretty curious and fearless eaters and really were also interested in trying the pre-Colombian fermented alcohol called pulque. Since we had proved ourselves on the tour, and had offered to buy him a few rounds, he took us to the very popular local haunt Pulqueria Duelistas. The drink is very tasty, but the texture is a tad strange. We had a great time and loved this bonus experience. 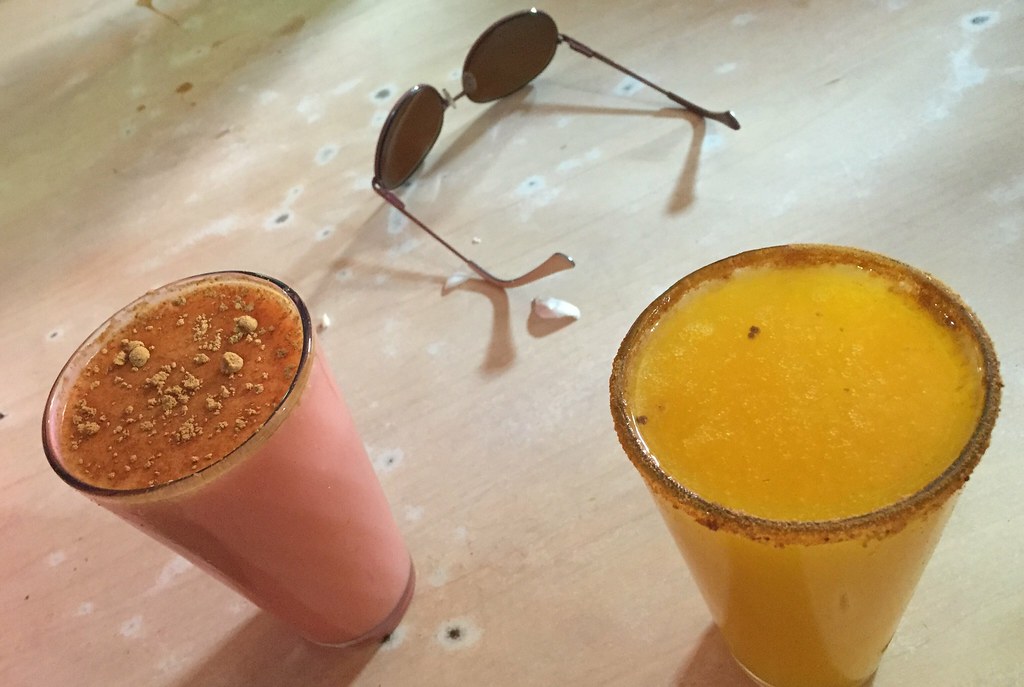 I wrote more about drinking around CDMX, including Pulqueria Duelistas, here.

By the time our tour ended after 1pm we had covered a lot of ground, seen some really interesting markets, had insight we wouldn't have had on our own, and tasted some amazing food, mysterious fruits, and historic booze! And my travel luck had reset itself thanks to Cesar.

Also, as we made our way back to the hotel we noticed that now all 9 million people seemed to be out and about!