Although I had loads of fun on the Left Bank, Paris' Right Bank is hard to compete against. There is so much to do, see, eat, and drink! Let's start with the eating and drinking.

I'd heard about the kouign amman at Ble Sucre for years but hadn't made my way to the patisserie in the 12th. On a lovely, sunny morning I rectified that, getting both an absolutely outstanding kouign amman and some of the best madelines I've ever had. There are a few tables and chairs outside which is unusual for most patisseries, and I enjoyed my treats with a view of the quaint square that the shop is in. They looked to have nice lunch selections as well. Get there! 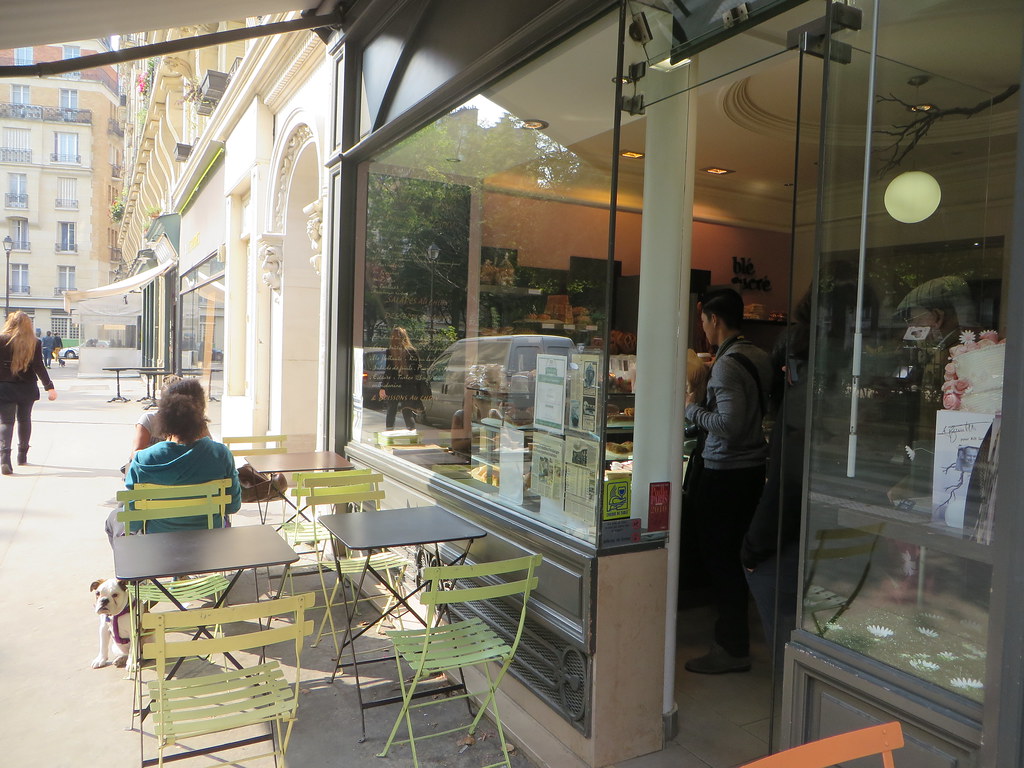 I happened to find myself in the 11th one afternoon, quite close to Bistrot Paul Bert , so I popped in and requested a table for one. I've had an absolutely outstanding lunch at their next door restaurant L'Ecailler, but hadn't been to this city favorite before. It's a wonderful old-school bistrot with very traditional dishes. I chose a 3-course lunch prix fixe for 29E and thoroughly enjoyed my oeufs d'mayonnaise, beef tartare with frites, and superb cheese plate. I did have one small issue when I heard the bartender tell the waitress that the wine she was pouring me was old and he would open a new bottle. She assured him it was fine and brought me the glass which I tasted and sent back. The bartender opened a new bottle and brought it to me with a big smile and knowing nod. 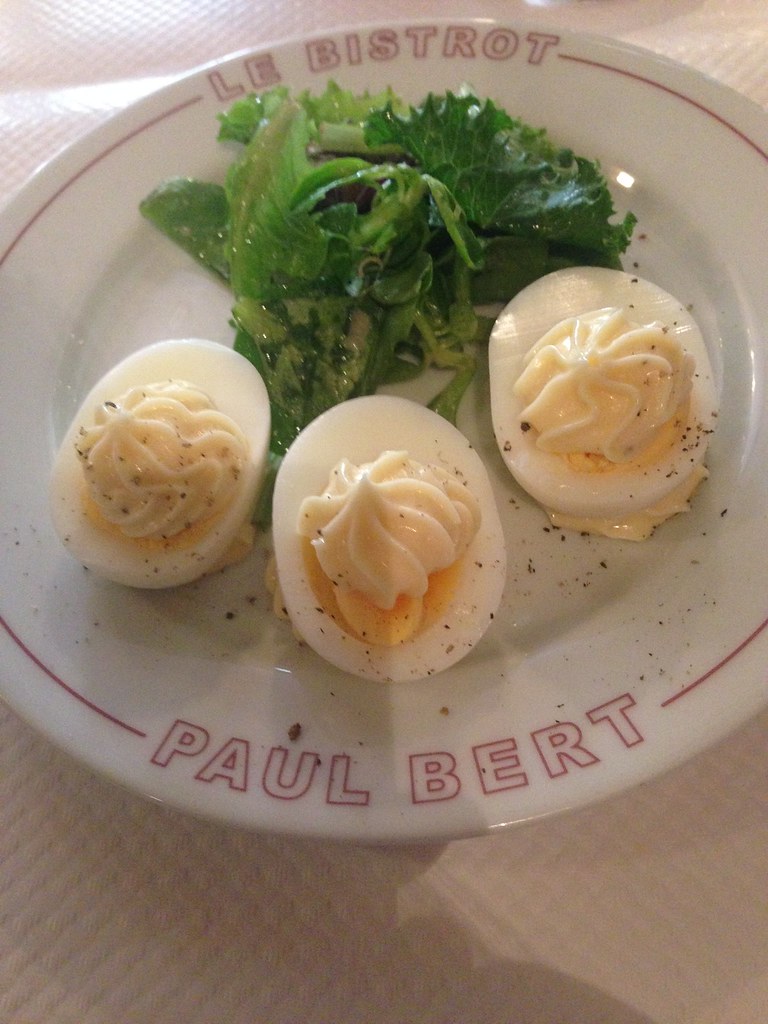 Le Regalade has three locations now, I was excited to try the one in St Honore with a girlfriend for lunch one afternoon. It's a prix fixe menu that also incorporates each table getting a terrine of their beautiful house-made pate. The problem was we never got a terrine. The service was down right bad. What's up with service in Paris these days? I'm not referring to gruff or snotty attitude, I'm talking about not knowing what the hell is going on! Anyway the food was actually stellar, like I'd-go-back-and-eat-there-again-even-though-the-service-was-crap stellar. And I finished lunch with this AMAZING rice pudding with caramel sauce, supposedly that is a single serving! 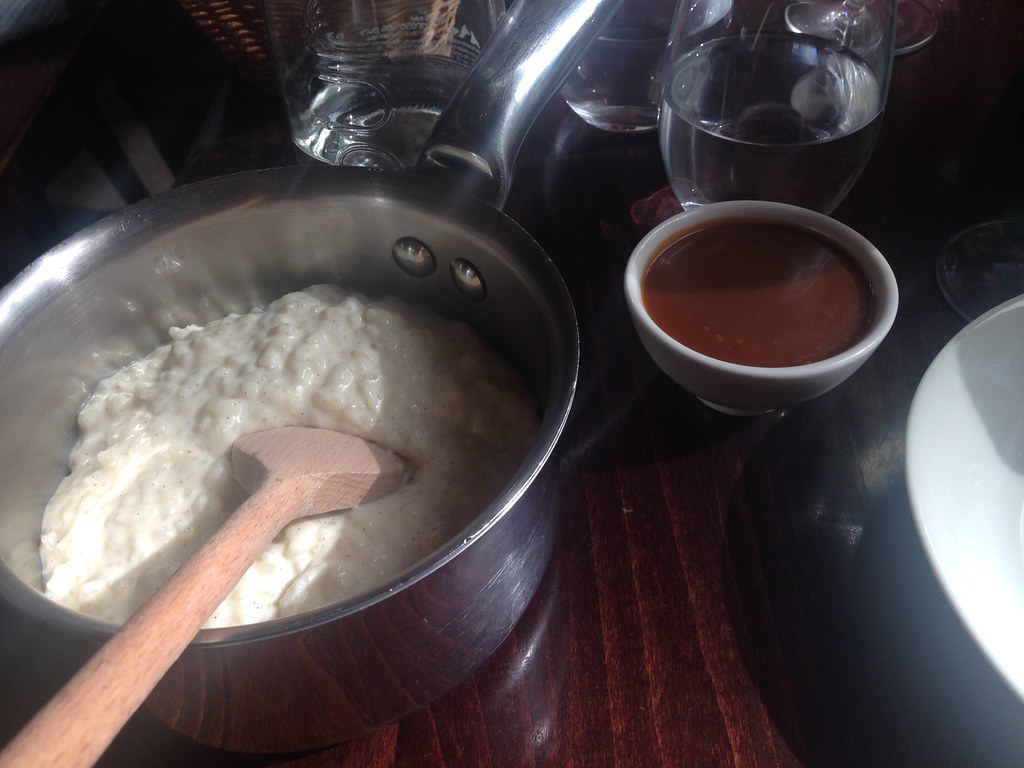 We left the dim waitstaff and continued catching up over a bottle (or two) of rosé at the very old school Le Fumoir Cafe, right behind the Louvre. A great stop when you need a little break and are in the area. 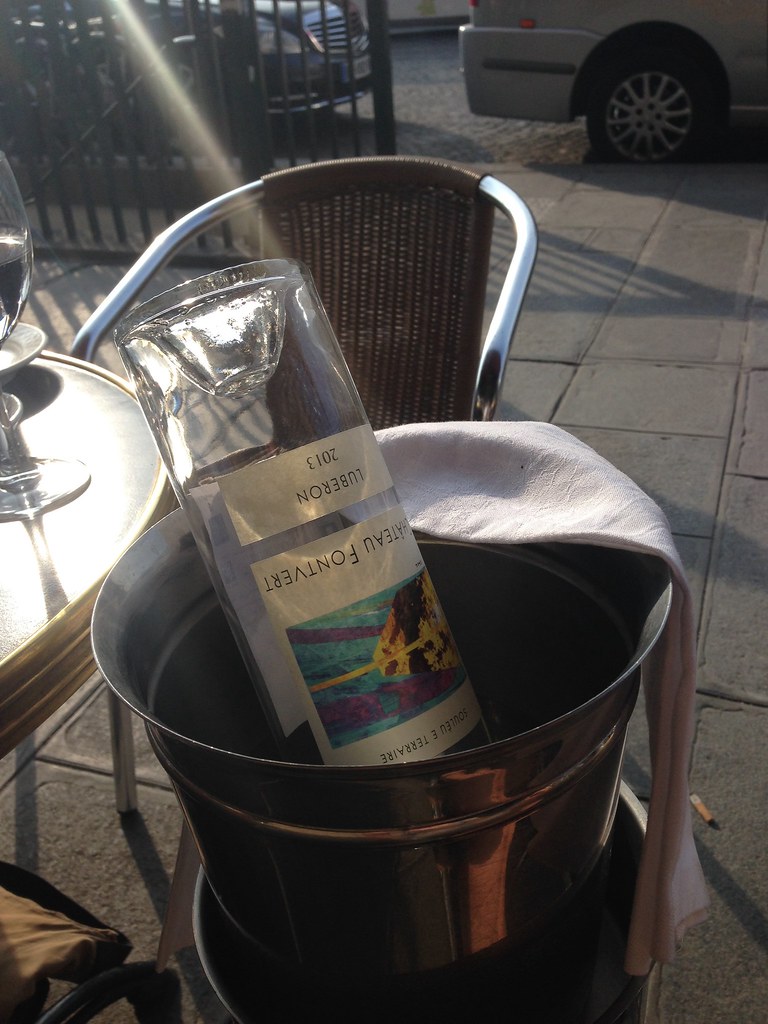 Perhaps my favorite meal of the trip was lunch at the Michelin starred Passage53. The interior of the restaurant is pretty much a blank canvas of white and it is very small, making it impossible for groups more than 6. The food and service were both stellar; finally some good service in Paris during a visit that was sorely lacking in it. Forest and I chose the smaller 4-course tasting menu with wine pairings. You don't actually get a menu, you just chose how many courses, and they ask about allergies, etc. Nothing makes me happier than some surprises! Also our waiter went out of his way to pair different wines for each of us so that we had some good shared tastes. In France 4-courses really means 5 as you are going to get an amuse bouche. Additionally, we chose to share a caviar course which was this amazing potato gnocchi, biscuit, and mascarpone. 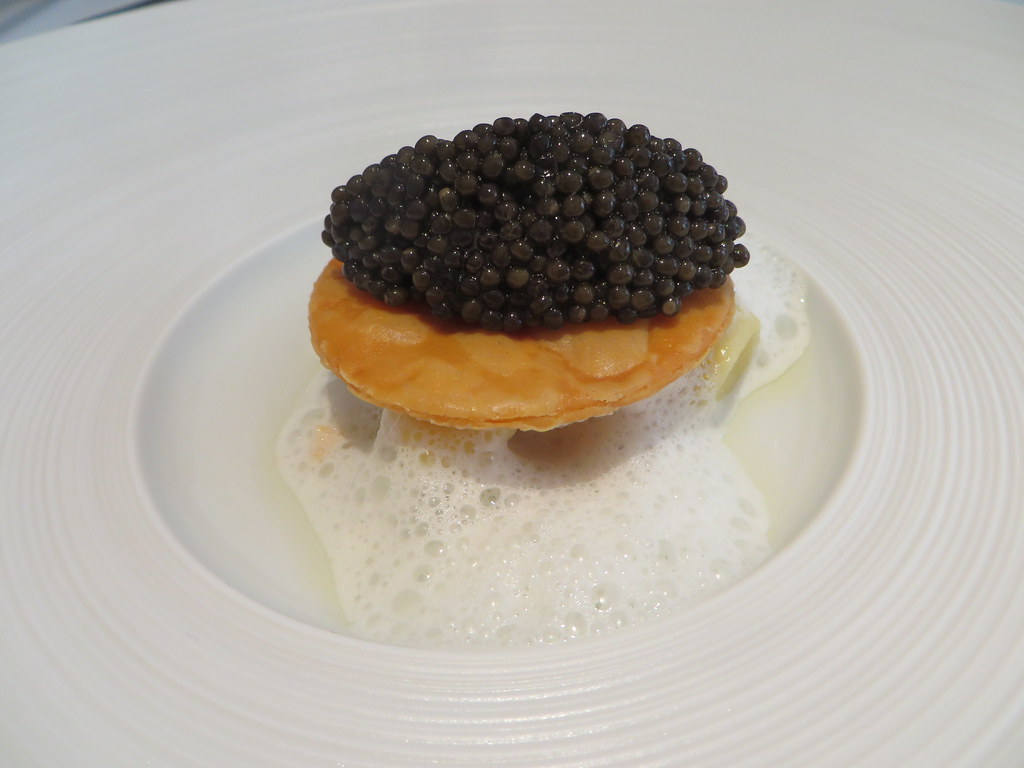 I will absolutely be returning, for either a longer lunch or a posh dinner, count me in!

Forest runs a group called The Chamber and they put on really fun and unique events on an ongoing basis. While I was in town, there was an afternoon of Tea & Tipples, held in a gorgeous private residence, and catered by a very talented baker. A small group of us enjoyed cocktails, snacks, and conversation. Very fun to meet other French people and also some expats. If you are going to be visiting the city and are looking to interact with some friendly folks, doing some fun things, inquire on their site. 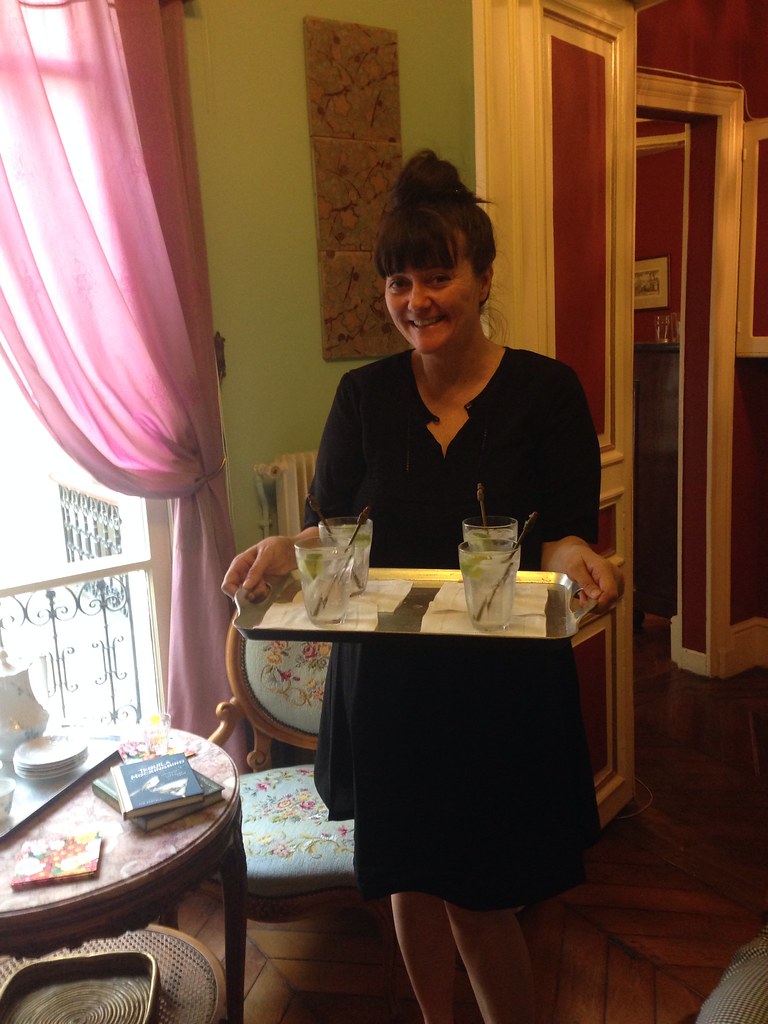 One night Forest and I did a very enjoyable little cocktail crawl where the 3rd arrondissement meets the 10th. We started the night at The Little Red Door, which is aptly named.  I had a bar snack of their version of chicken and waffles (savory waffle with duck rillettes, yum!) and a Paper Anniversary Cocktail which included paper syrup. Very nice and really interesting. They had special guest bartenders that night, the folks from 69 Colebrook Row in London were presenting their own menu. We were handed escargot shells and were told to shoot the tiny cocktail inside, which turned out to taste exactly like a french onion soup. All very fun. 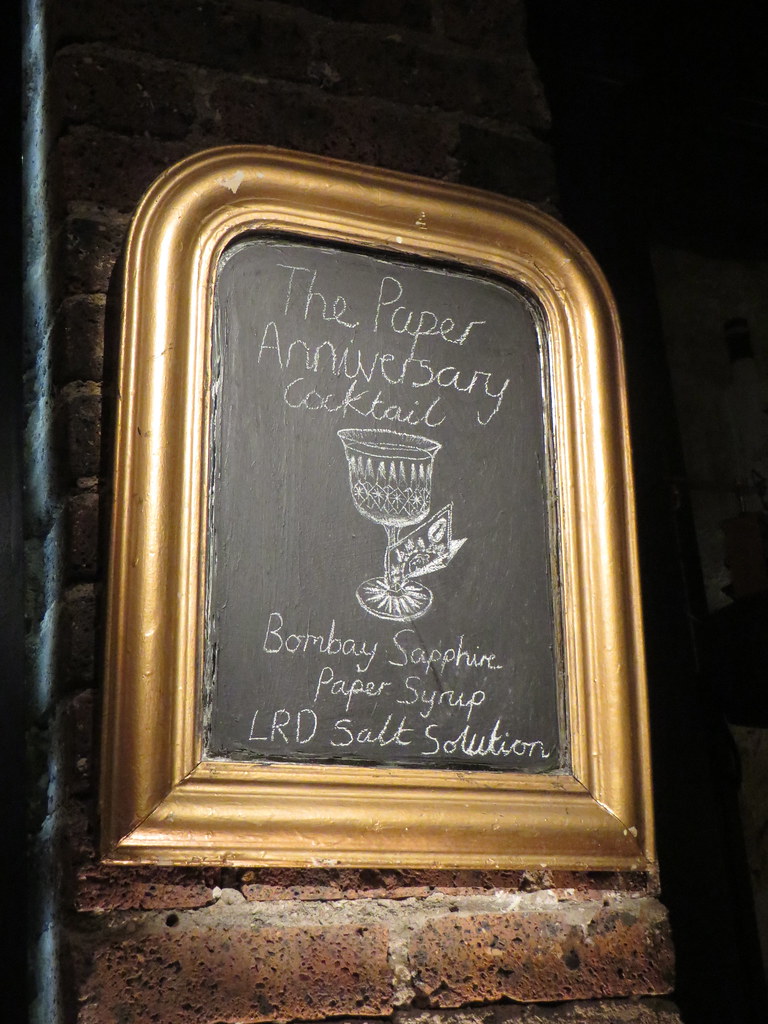 Next up was Le Mary Celeste. The place was packed, as is usual I am told, and the vibe was really fun and lively. I liked that the bar is set up in the middle, a bar-in-the-round. Lots of good drinks and people watching.

We finished our cocktails and made our way to the soft opening of Copper Bay in the 10th for our last crawl stop. What a gorgeous interior! Most everything is copper (natch), and the room is very spacious with high ceilings and huge front windows. Our cocktails were good but they hadn't really had time to work out the kinks, I'd suggest going in now that they've been around for two years! 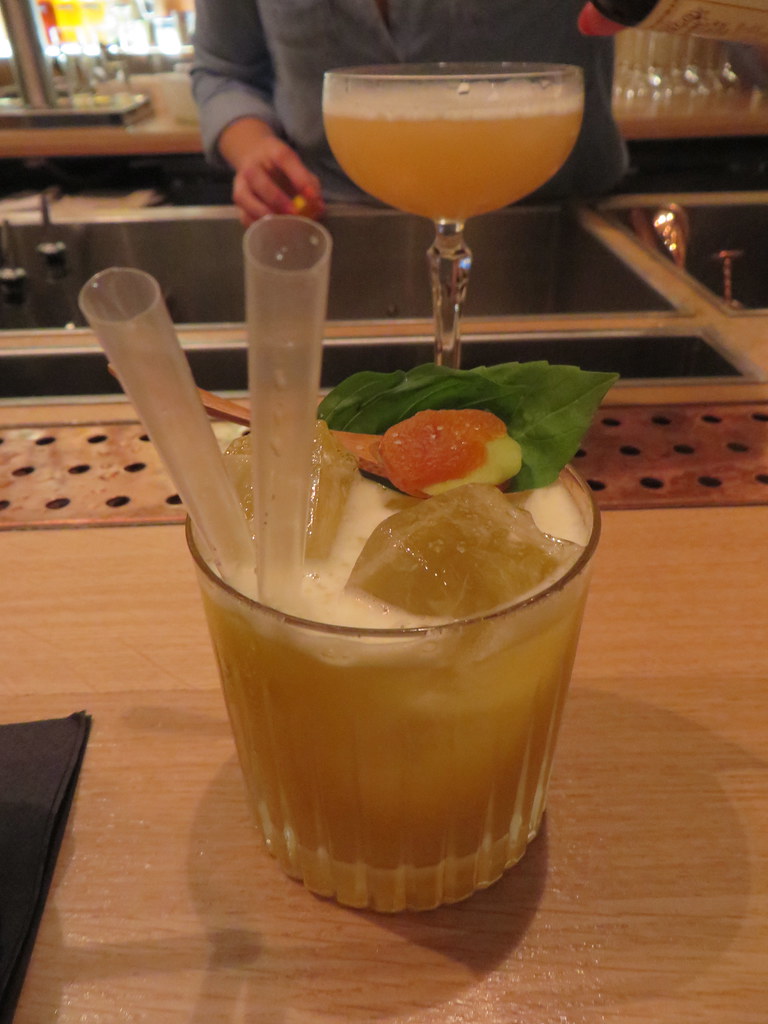 Another night we went to Dirty Dick in the Pigall area, it had not been open the last time I had been in town. This rivals some of the best tiki bars in the states, no surprise as it is owned by an American. Both the drinks, the decor, and the staff were all top notch! Super fun and especially perfect for when the weather calls for a serious refresher. 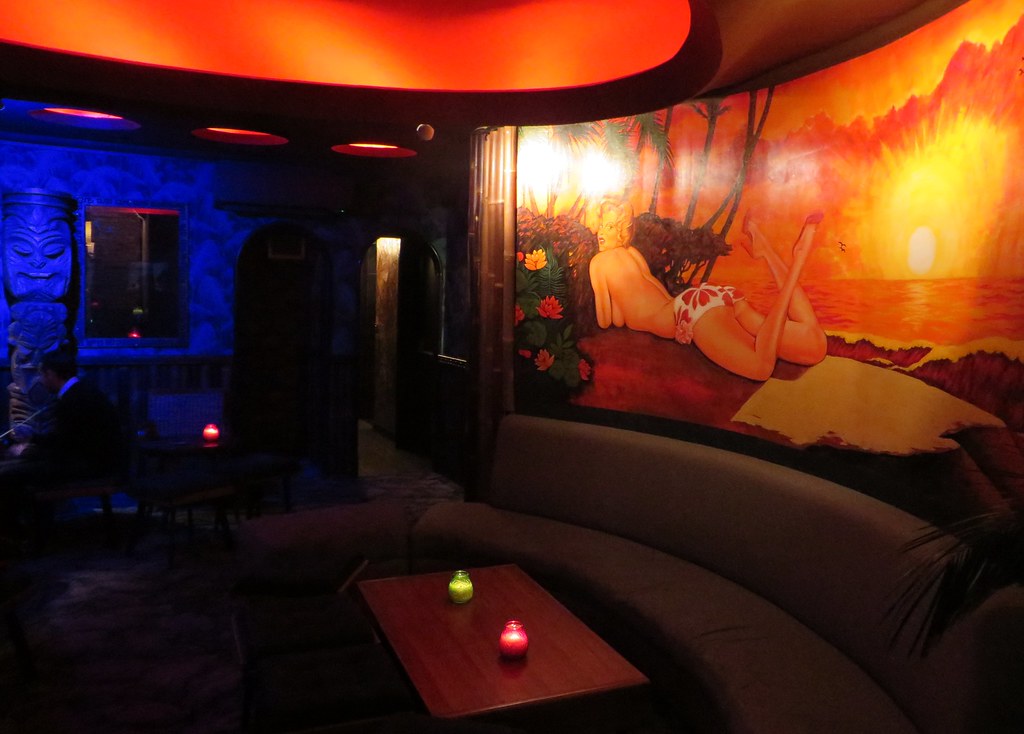 Forest and I met a couple of girls at the (then) newly opened Lockwood, a very cool multi-level cocktail bar which I hear also has great coffee. We weren't there long as we were on our way to dinner at the highly lauded restaurant Yam'tcha. Forest and I both had talked of going here for a few years so we were excited. Unfortunately we were both disappointed with our meal. 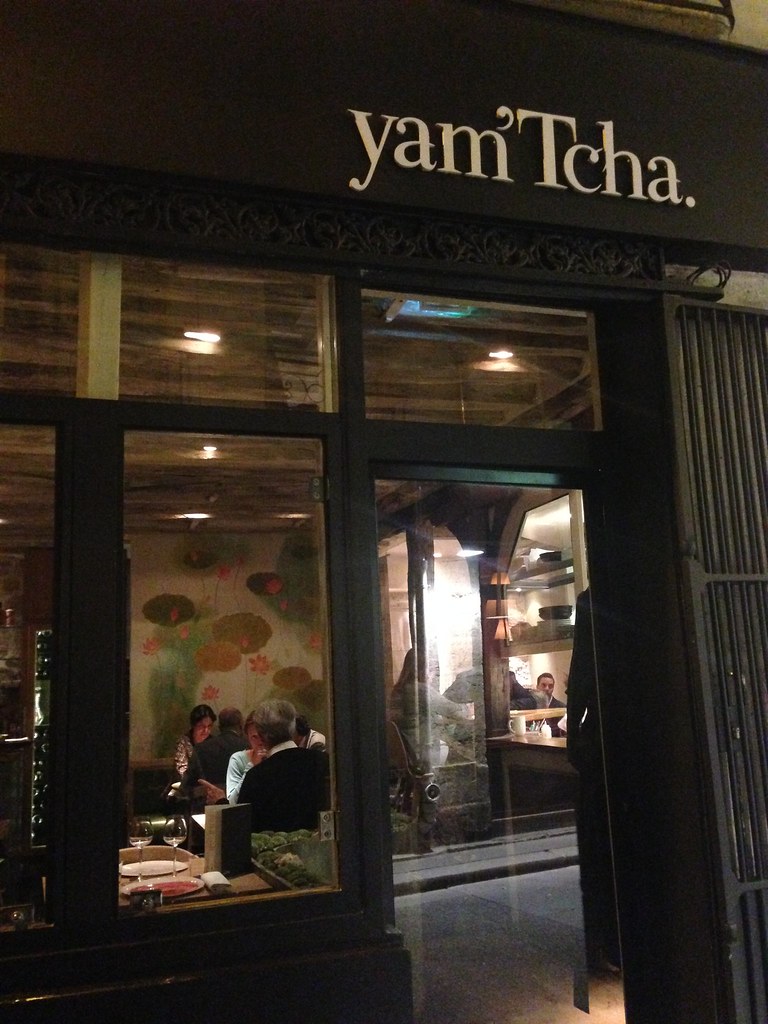 The combination of French and Chinese sounds great to me, add to that a tiny jewel box space that only holds 20 and I'm on board. But everything from the flavors to the service were just not great. It started off good, with a couple of delicious bites, and then turned boring, and then just bad for me. The famed bun (bao) filled with stilton and cherry is not a flavor combo I ever want to have again. So 6-courses of ok to bad dishes for 136Euro. And all that is fine but on top of things we were stopped as we got into our cab by our waiter who realized they had under charged us. They actually requested another 50Euro from us in the cab! Not the actions of a Michelin starred restaurant and one that I won't be going back to.

For dinner one night some of us headed to Verjus Wine Bar. This little cave is separated from its bigger sibling restaurant of the same name, and serves a more casual menu along with wines by the glass. There are no reservations taken and we had to wait a bit at a bar down the street before there was room for the five of us. It's a great bar, and the meatballs, fried chicken bites, and cepes were all delicious. 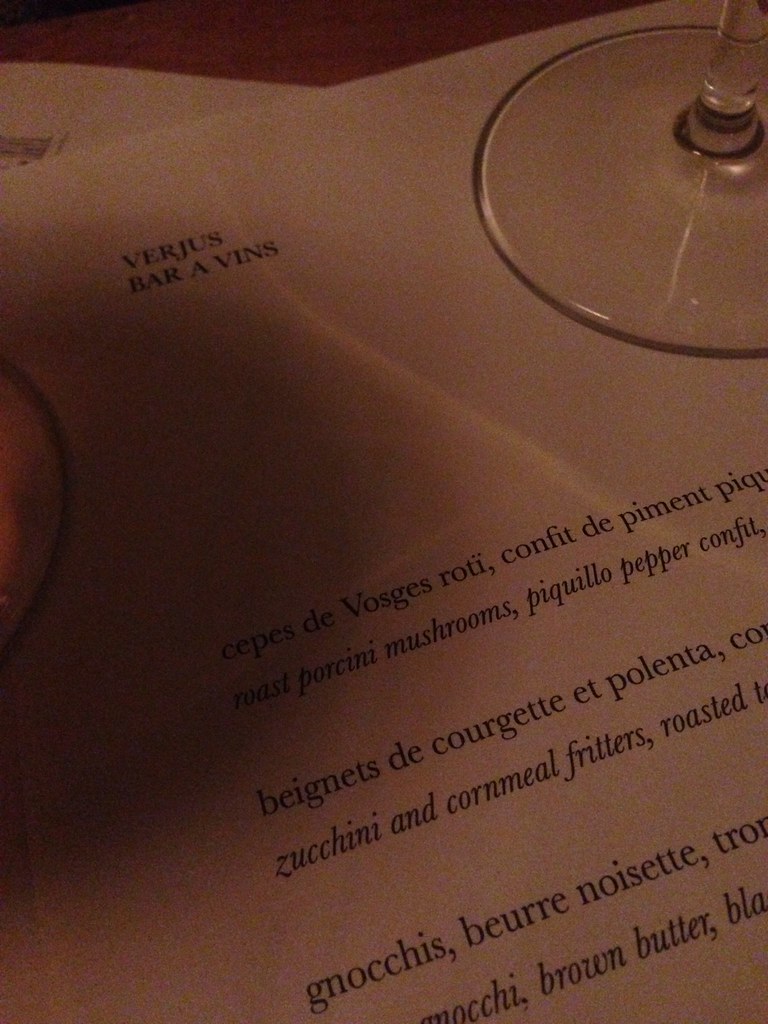 Having friends who live in Paris also means that sometimes I get invited to their house for dinner. Beef Bourginon, made by my Parisian girlfriend in her and her husband's cute apartment in the 12th. With fabulous cheeses for dessert. Anytime thank you very much!

And one afternoon I went to the Musee de l'Orangerie. It had been closed for renovations all the years I had been visiting Paris, finally reopening a few years ago. The museum is best known for housing the huge works of Monet, Les Nymphes. I've seen Monet's works, I've been to Monet's museum housed in his old house. I get it. But these absolutely took my jaded breath away. Go. (No photos allowed)

Also at the museum was a special exhibit of Emile Bernard. I totally enjoyed learning about this artist, and the layout of the show gave a great complete look into his career. I also felt that he was the original "selfie" guy although again, no photos were allowed.

It was Fashion Week so after I browsed the collection of Paul Guillaume I left the museum, passing by many of the events, models, show goers, and stunning windows like this one, on my way to meet a girlfriend for some outdoor rosé. 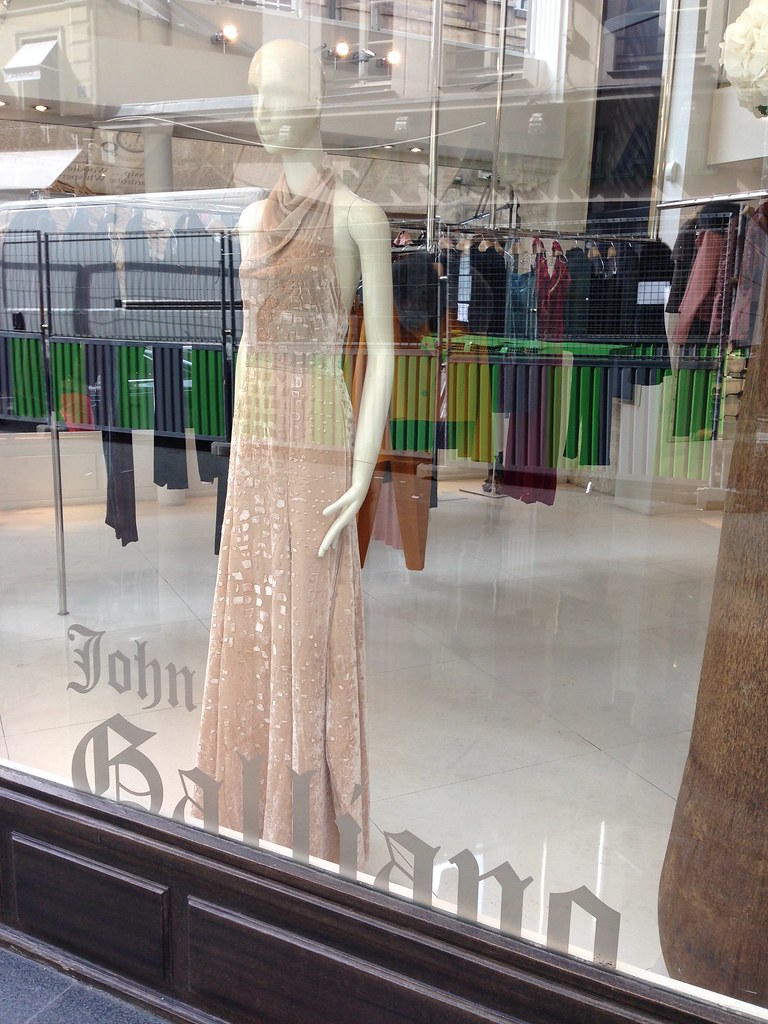 Good luck fitting into that dress if you've eaten and drunk even half of what I've outlined here!