One morning of walking was not going to take care of all the bread, wine, and cocktails, so on my last day in town Forest had planned a full day of exploring. A friend had sent her an article on the hidden passages of Paris so we set out to find these forgotten gems. 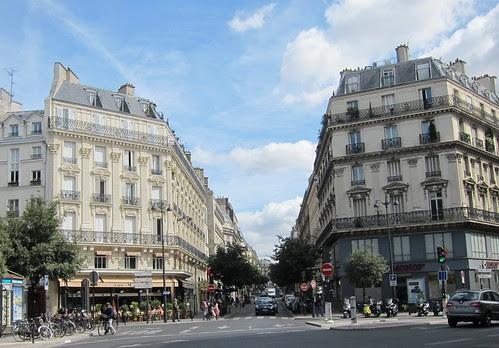 At the end of the 18th century, town planners build over 100 passages, covered shopping arcades in the spaces between larger buildings. These passages were a respite from the rain, mud and open sewage that the city was inundated with. They were beautifully adorned and many were connected, making them logical and pleasant routes for Parisians on their way to and from home. Time took its toll and many were forgotten, abandoned and left to crumble. Now only 20 survive, Forest and I set off to hit as many as we could.

We hadn't walked more than two blocks when we spied the Repetto shop, long known as the place for ballet shoes for professionals and also modern flats and heels for professional shoe shoppers. In we went and out we came, both with beautiful new patent leather heels. Ok, we are easily sidetracked. 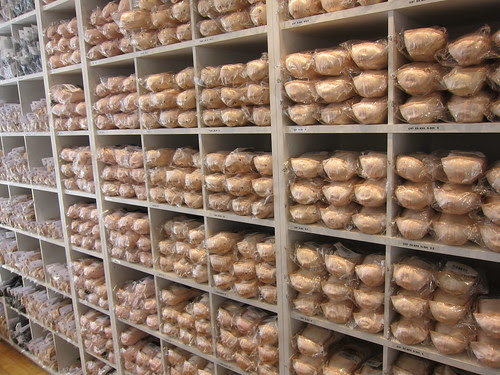 On the way to our first passage in the 10th we stopped at the smallest house in Paris. What had once been a passage of its own was turned into a ground floor shop with a room upstairs due to a family quarrel over possession. Blink and you could easily miss it! 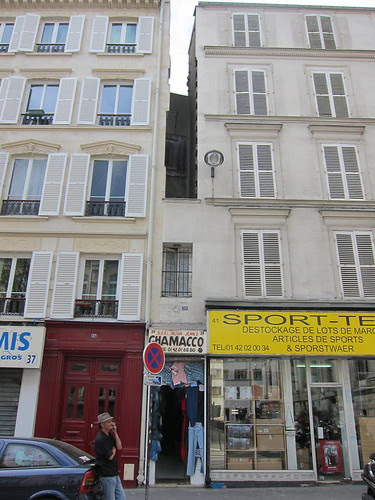 Passage Brady was our first on our list, it's comprised of Indian restaurants and shops selling fabric, spices, produce, etc. The first section of the passage wasn't covered and felt more like we had stumbled upon some cafe tables set up in an ally. The second section was more typical of the passages we would see throughout the day. 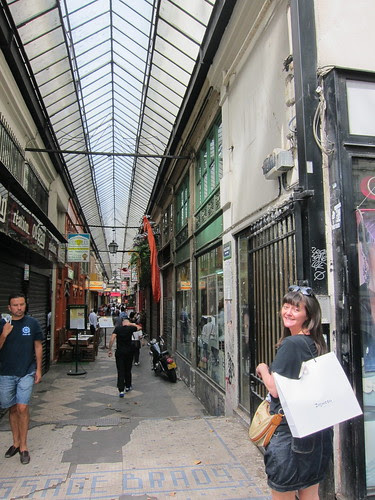 We passed by but didn't go into the very Art Deco looking Passage du Prado, it's in the area of town where hundreds of hair extension salons are, you'll see the hair blowing down the streets. Weird. It is also just outside the arc at the Porte Saint-Denis. 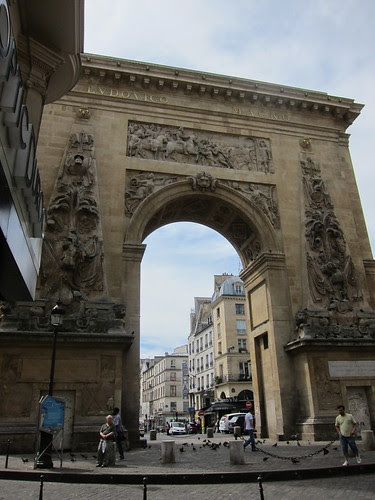 Over in the 2nd we arrived at Galerie Vivienne with it's stunning mosaic tiled floors and ornate architecture. The boutiques here, though closed for August, were very high end. We stopped in to Les Caves Legrand for a nice glass of wine and a peek around their cellar. 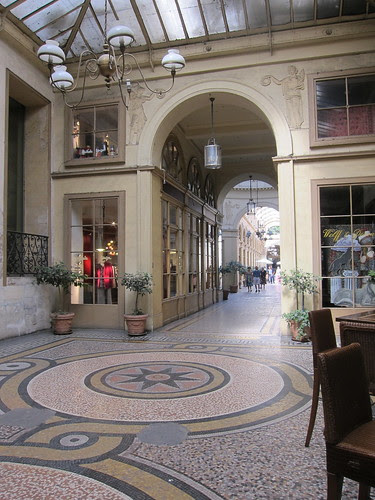 Across from Vivienne we stumbled upon two passages not on our list. Passage des 2 Pavillions, which was made up of only an adorable courtyard and two handmade shoe shops, and Passage Bourg l'Abbe which had many businesses but all of them closed. 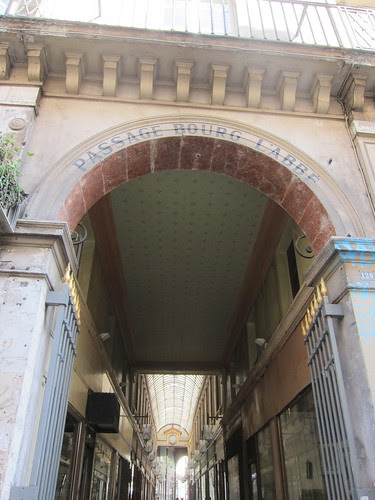 We walked over to the 1st arrondissement and entered the recently restored Passages du Grand-Cerf, not far from Rue Montorgueil. A high end florist, a few antique shops and a cute little wine bar cheekily named Le Pas Sage (the naughty boy) all had residence. 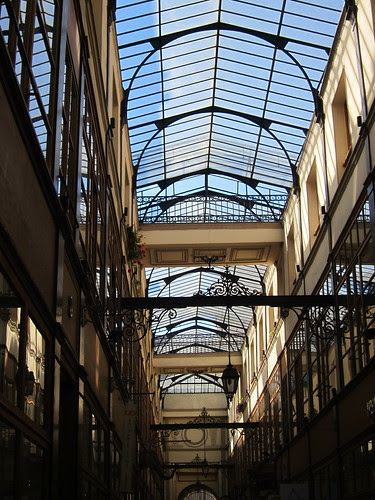 The Passage du Cair is not only a working garment district but it is the oldest of all the passages, opened in 1799. We passed store fronts of mannequins, bolts of fabrics and men pushing racks of clothing from one end to the other. There were many side passageways and a 2nd level with apartments above the shops. 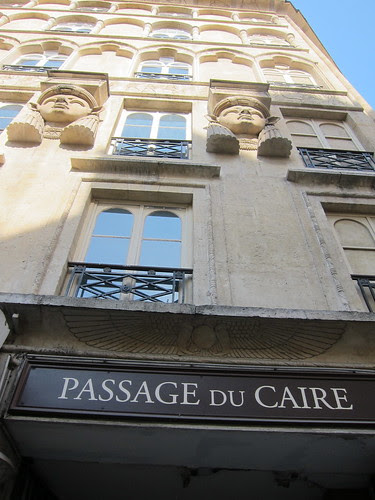 Passage des Panoramas is the second oldest, since 1800, and the first to have gas lamps. It has more than it's fair share of wine bars, including the much lauded Les Racines. It's bustling with locals and tourists alike and has a few separate branches that lead off in various directions. 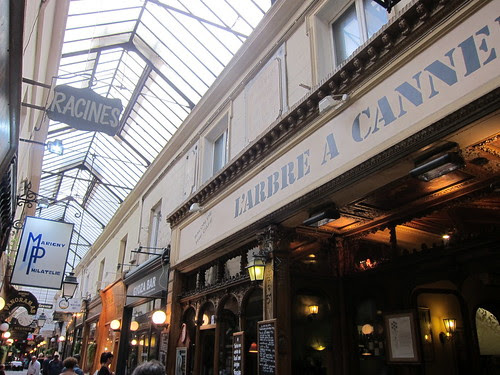 Exciting on Boulevard Montmartre, we crossed into the 9th and directly into Passages Jouffroy. Surrounded by touristy restaurants and shops this was the most busy of them all. Amongst other stores there is a funny wax museum, a store entirely for walking sticks, a book seller and two hotels, including a Best Western. 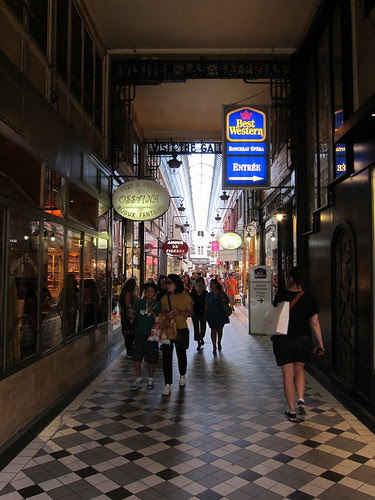 And again here, when we exited we were directly across from our last passage, Passage Verdeau. It's easy to see how these connected the city. They are truly fantastic little spaces. 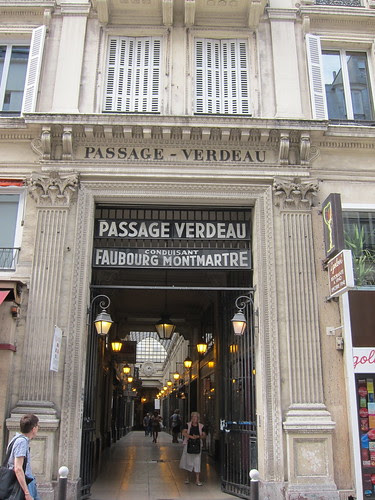 I couldn't help notice more than once, that these passages were right near other things I'd been to time and again. Passage du Caire for instance, is just down the street from Frenchie Wine Bar. All these passages are hidden in plain sight, you just have to look for their entrances, and it was surprising that we found a few on our own once we started noticing. We found 10 and I'm planning on finding the other 10 in subsequent trips.

We ended our very full day of walking in another hidden spot, the back terrace of the Hotel Amour, were we each had a glass of something cool while surrounded by lush greenery. 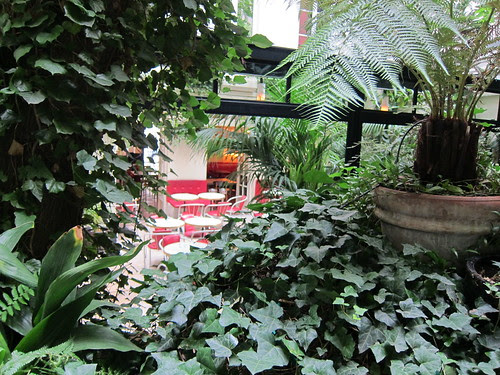 All the passages photos are in here
- Posted using BlogPress from my iPad
at October 19, 2012