The new year started with a bang for us, literally! In Oslo for our annual trip the 6 of us began the night with champagne, foie gras & Wasa crackers in our room at the Hotel Bristol. The price of drinks (& everything else!) in Norway was quite high so we packed a lot of our own booze in. Unfortunately both Forest's and Matt's bags were relieved of their bottles of champagne while leaving CDG so we had to make due with just the one we had picked up in Amsterdam duty free.

Earlier in the afternoon while exploring the city we had come across this very popular fireworks stand people were lined up at. Little did we know that what they were selling were not traditional fireworks like we get but boxes of mortars that would rival the city's show. 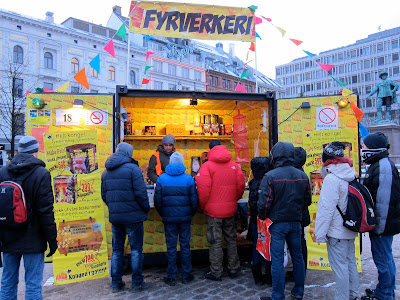 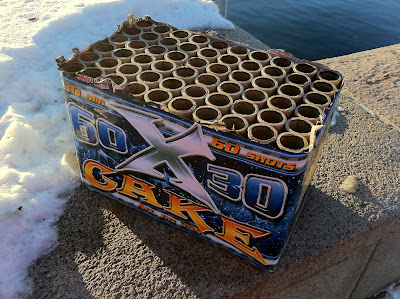 We had heard that the city puts on a big fireworks display so after dinner we headed out towards the waterfront and for the first time in a week saw actual crowds of people. The holidays seem to be a very private affair in Norway, spent at home with families, so we hadn't really seen a lot of people until this night! 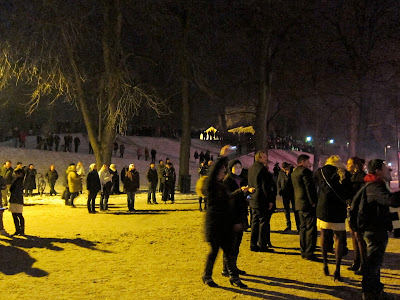 Locals were setting off their pre-show which easily equaled some professional ones!


And then right at midnight Oslo put on a really big show. The fireworks were beautiful! And lasted much longer than expected. What is it about fireworks that bring out the kid in us? 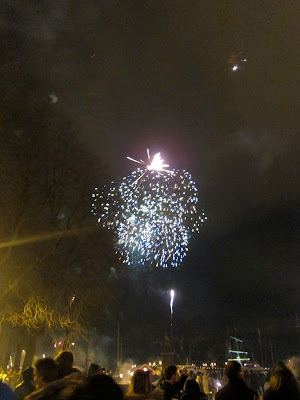 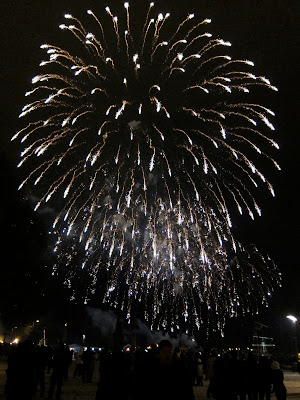 Afterward we headed back to the hotel bar where they were selling bottles of Veuve Cliquot for over $300, you don't even want to know what the Dom Perignon was going for... 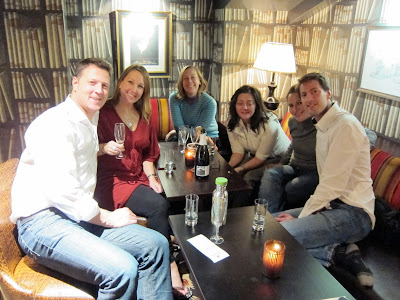