A free night in our favorite SF Kimpton, a few new cocktail bars & restaurants to check out and Dave & Dino's birthday party... all great reasons for a weekend in the bay!

We couldn't help but notice that there was no traffic when we landed on a Friday night last month, we were checking into the Palomar 30 minutes after we had landed! After snacking on the chocolate dipped strawberries waiting for us in our room we grabbed a cab and headed out to The Alembic Bar. This wasn't our first time here but last time we had met friends on a Sunday so there was a much different vibe going on Friday evening. We had a few cocktails made expertly by Danny & Daniel- The Gilded Lily with real gold dust (although a bit too perfumy for my taste), The Southern Exposure (which was a delicious blend of mint, lime juice, celery juice & Junipero), a Promissory Note (Repossado, vermouth, Canton, honey, absinthe and a radish slice and grated nutmeg garnish), and a "Take Your Chances" which resulted in a Dark & Stormy. 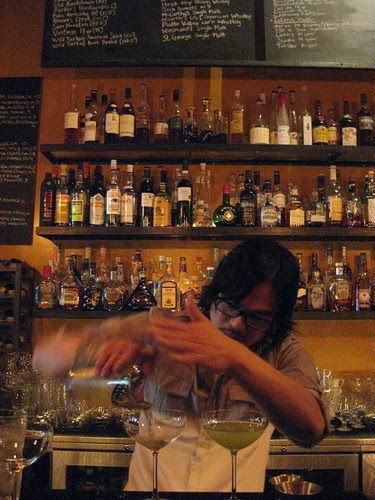 We had to only wait a few minutes before we could sit at the bar but by the time we left it was packed. Go before 9pm and you should be fine. It was sitting here at the bar that I first noticed the bartenders could shake one drink while stirring another simutanously- envision the head patting/tummy rubbing and you get the idea.

Off to dinner at SPQR. They don't take ressies so we went down the street to Dosa and had a cocktail and a dosa, which was yummy! The place is very large and pretty and was quite a scene. We headed back to SPQR and were seated at a tiny table in the front window next to another tiny table, the space was really too small for even a 4 top so two 2 tops was a squeeze to say the least. All our food was good and if this were in my neighborhood we would frequent it but it wasn't good enough to be a destination restaurant in my opinion.

Off to Heaven's Dog where another round (or two) of wonderful cocktails like the Bumble Bee, Remember the Main, Tiger's Milk #2 & an Old Fashion were served up by Erick, Jackie and Eric. And again there was the simultaneous shake/stir going on! 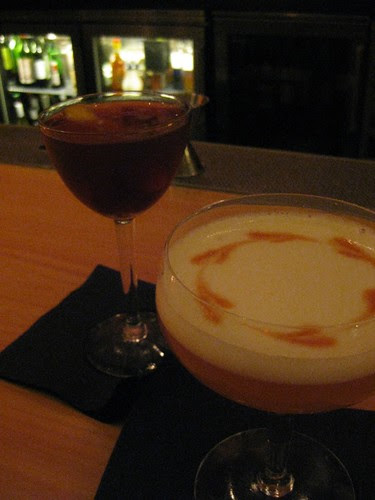 The next day was beautiful and sunny so we headed out to the Cherry Blossom Festival in Japan Town. It is a small community festival with lots of dancing, music, Japanese street food, etc. A very nice way to spend the day! 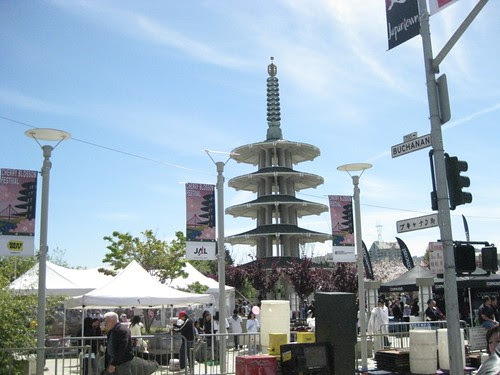 Later that evening we joined our friends in celebrating Dave & Dino's birthday at a great little wine bar in Burlingame. This was the second year in a row we were able to travel down and play with the boys, very fun and lots of great wine! 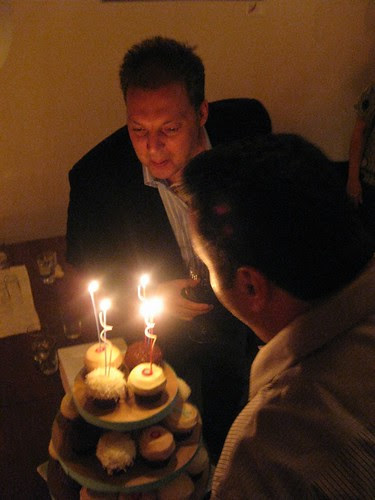 The next day Ally made a wonderful Easter breakfast for us all and then we went for a little walk in the Skyline area. We were all looking forward to lunch at In n'Out Burger before hitting the airport but they were closed for the Easter holiday! grrrrrr!!

We left the sun and our friends and came home to dark, stormy skies greeted at SeaTac by this double rainbow! 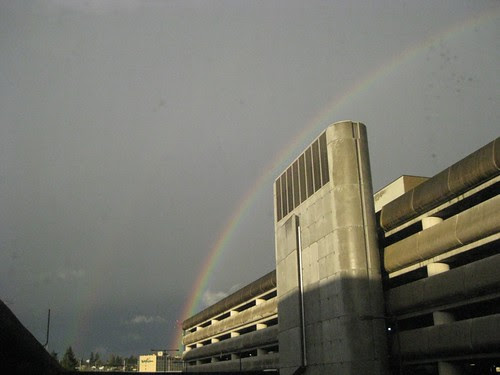