I saw the post on Facebook, condo available in Las Vegas - $350 for the week, and immediately messaged my friend, the poster, that I would take it. 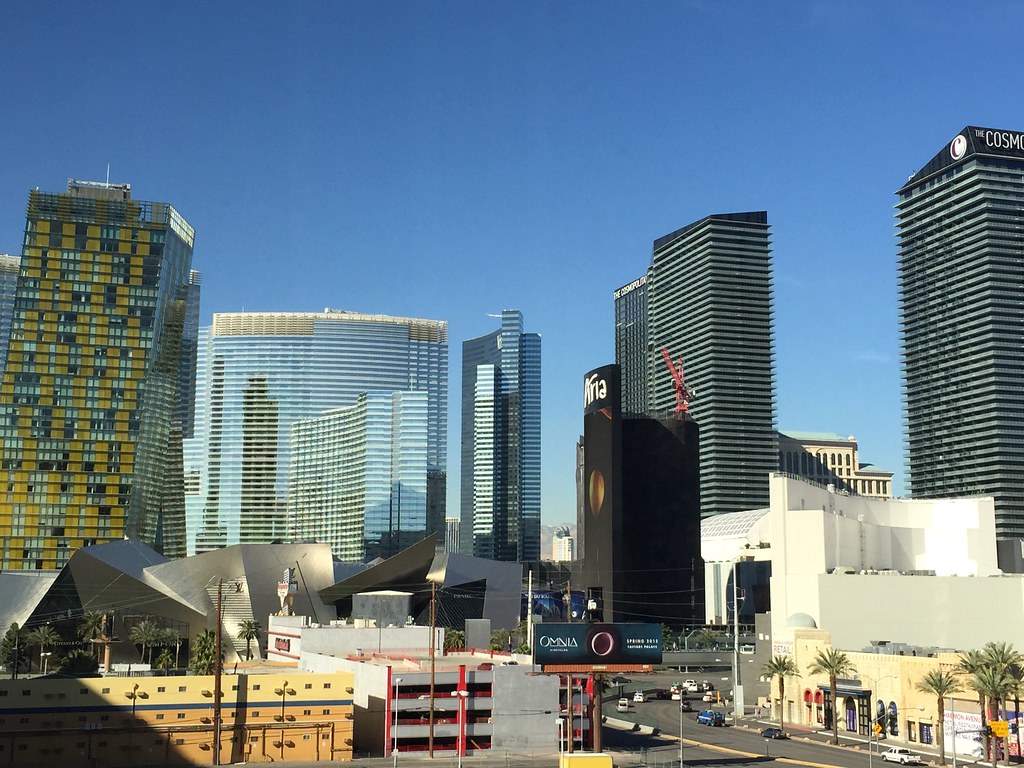 A week in Vegas? I've been to sin city almost yearly since I turned 21 mainly for weekends. But a one-bedroom condo, half a block off the strip, for $350 was too good of an offer to turn down. And I can work anywhere right?

So I called up a few friends and invited them to come down too; Lorraine for the first 3 ½ days, Jen and Matt for the last 3 ½. The week would be starting on Super Bowl Sunday, Lorraine & I anxiously watched the Seahawks in the playoffs from different locations, texting back and forth on which ticket to buy- the more expensive ticket which would get us there in time for the game, or the cheaper one which would get us there near the end. Seahawks won their trip to the big game and we immediately purchased tickets to be in Vegas to watch it!

We had a plan; land, quick taxi to the Marriott Grand Chateau, drop our luggage, get to the MGM Grand, get our bets in, get a seat at a bar with TVs, watch the Super Bowl, play video poker, drink free drinks.

All except one of those things happened. The queue to place bets was over 45-minutes long and kick off was in 15. We resigned to not bet on the Seahawks but happily watched the game while playing video poker. That missing bet situation paid off, so to speak as the Seahawks delivered a heartbreaking loss.

After the game, I sat down on a blackjack table and proceeded to win much more than I would have on the game. 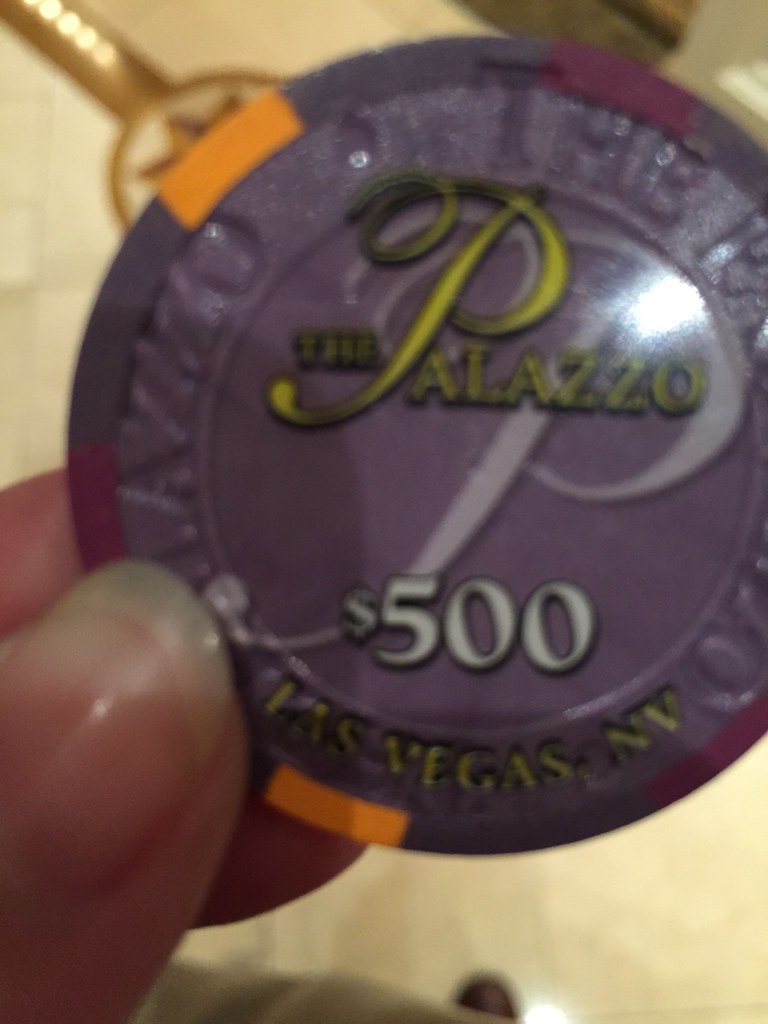 We grabbed a cab to the Venetian and I sat down at another blackjack table while we waited for our dinner reservations at Yard Bird. I walked away with another big win and after dinner Lorraine decided to join me back at the same table. I won $1200, more than I ever have in Las Vegas! The week was off to a great start. And the fried chicken at Yard Bird was good too. Winner, winner chicken dinner!

The rule for the week was I worked during the day while my guests went out and played. When quitting time rolled around for me on Monday I met Lorraine for a late lunch at Shake Shack outside the New York New York. Burgers and fries paired with glasses of wine were delicious. My first Shake Shack burger, finally! I understood the appeal. 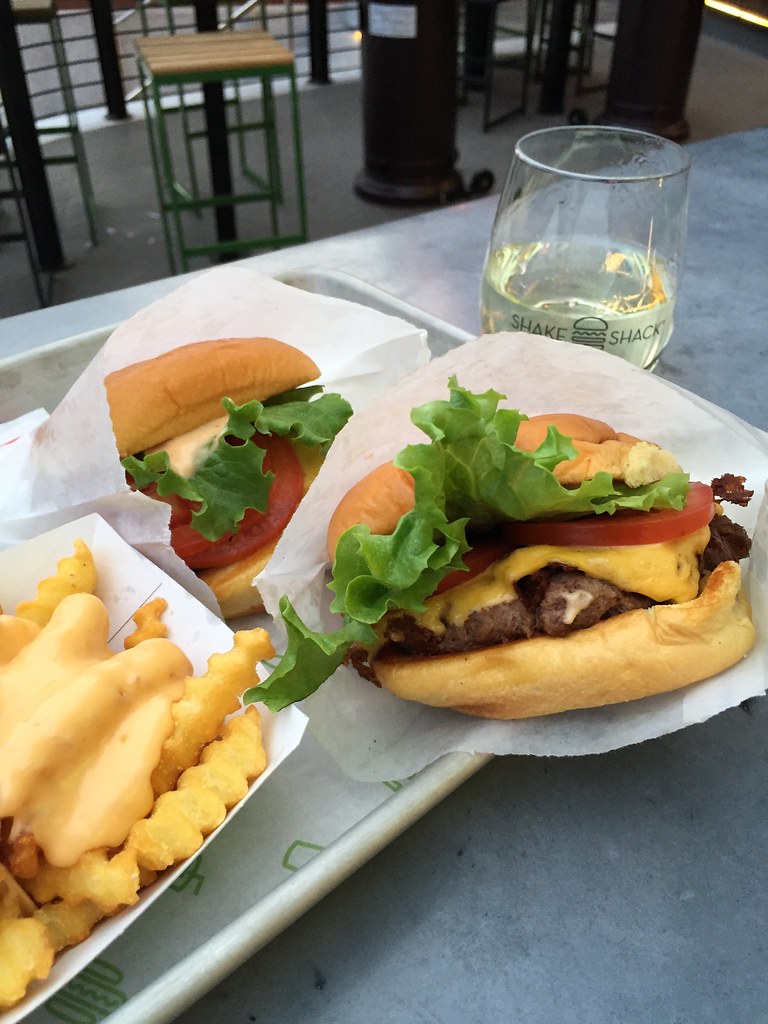 That evening we headed off the strip to Herbs & Rye for cocktails. It looks like a divey Italian joint from the outside, inside it looks about the same. Our cocktails were old school in the classic sense, the bartenders were absolutely great, and we ended up staying for two rounds as the drinks were delicious. This place might be different on the weekends, but on a Monday night it seemed to be us and a bunch of locals which was super chill and fun! 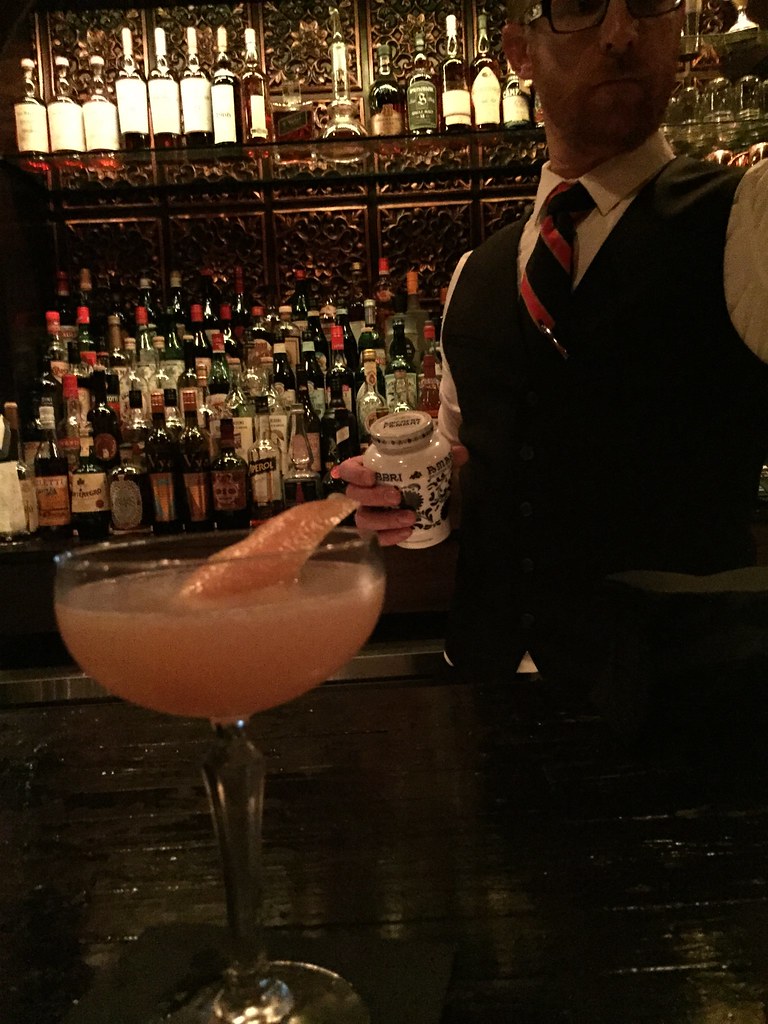 We had chosen the highly discussed Raku for dinner that night, a very authentic Japanese restaurant housed in a strip mall. What became apparent almost immediately was that we were in for some comically slow and terrible service. Which was too bad as most of our food was very good. Highlights were the Yellow Tail belly, served sliced and barely charred, the Wagu beef also served just seared, and the foie gras egg custard. We could see we weren't the only table receiving such horrible service so we left wondering about others' experiences here.

We headed back in the direction of The Chateau and stopped at the Cosmo hotel for a nightcap. We found seats at the over-the-top beautiful Chandelier Bar, unfortunately the menu read like a sorority girl's fruity-vodka dreams so we left. Free cognac at the black jack table downstairs would have to suffice. Unfortunately the drinks ended up not being free as I left some winnings there. 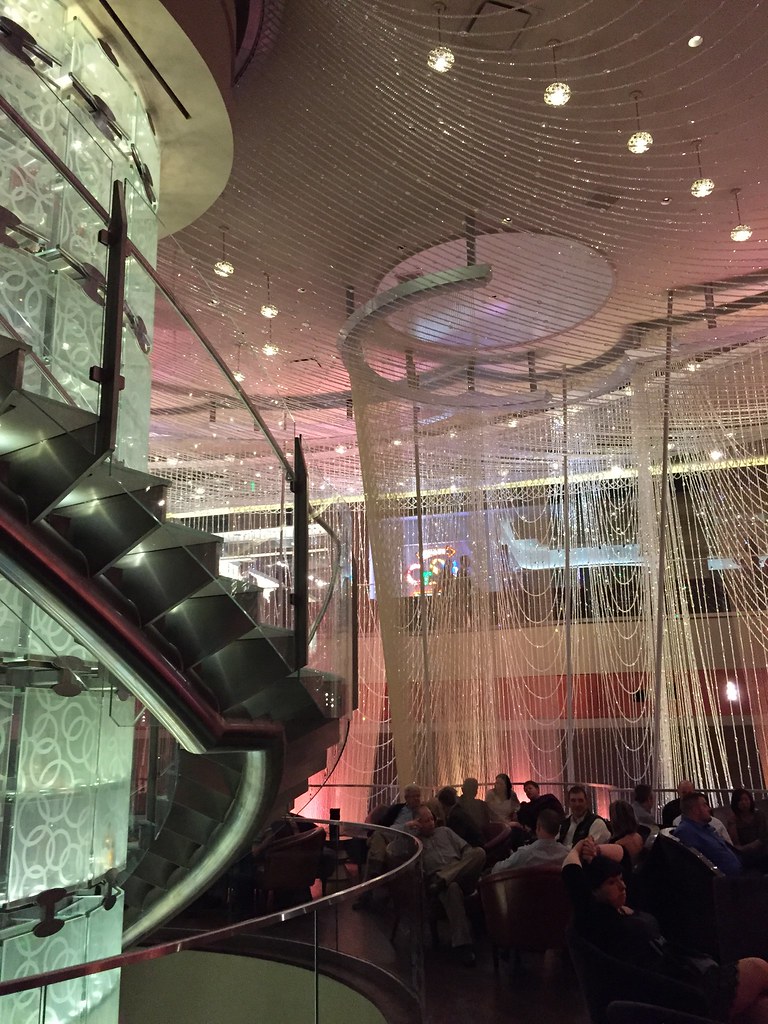 I worked all the next day and didn't meet up with Lorraine until that evening when we headed to the Whiskey Bar at the MGM Grand. Our cocktails here were surprisingly good, the space is all big leather couches and open to the casino floor. Our main event for the evening was dinner at Joel Robuchon also in the MGM Grand. 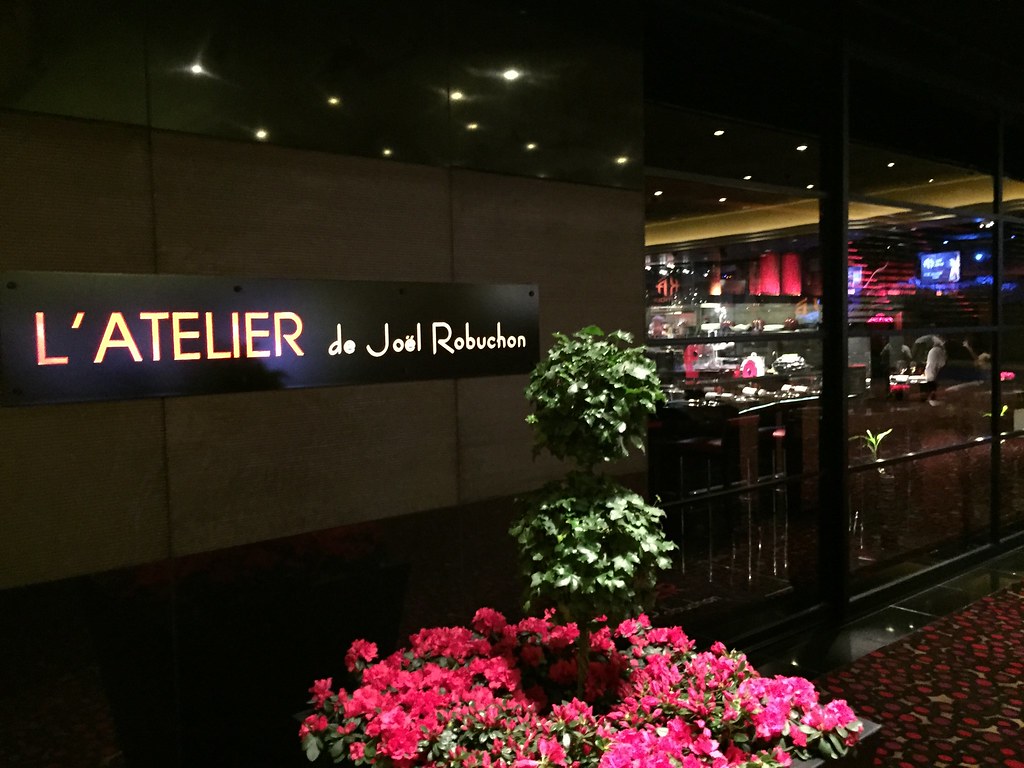 I had been to the original in Paris years ago and it wasn't the best experience, but Lorraine hadn't been to a Michelin starred restaurant before and I was game to give it a try. We had an outstanding dinner, with above par service and some really incredible dishes. Major standouts were shrimp carpaccio with yuzu & caviar, foie gras ravioli in brothcaramelizeded quail stuffed with foie gras, and the amazing cheese plate they put together for us on request! 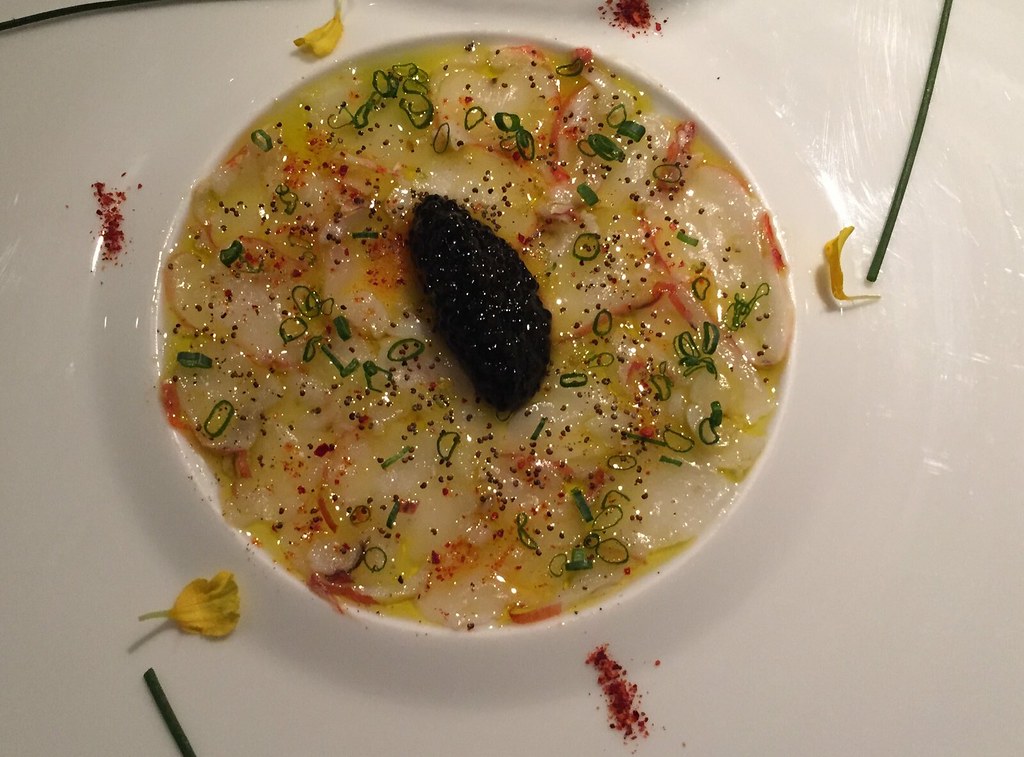 We closed down our posh evening with blackjack and complimentary cognac at Harrah's. As you do.

On Lorraine's last day I met her back over at the Cosmo for lunch at Jose Andres restaurant Jaleo. We weren't really in love with anything here; the space felt very phony ( I know, we were in Vegas!), and our pri-fixe lunch was really simple and not very interesting.

Lorraine headed out to the airport and I headed back to work in the condo. So far my winnings were holding out and Matt and Jen were on their way into town.