October last year I met two of my girlfriends for a much over due trip to Chicago. The last time I had been in the city was 2009! The thing about traveling so much is I'm constantly reading about or discovering new places to go. That makes it hard to get back to the places I love with much regularity. Hence the once-a-month on average travel schedule. First world problems, yea I know. 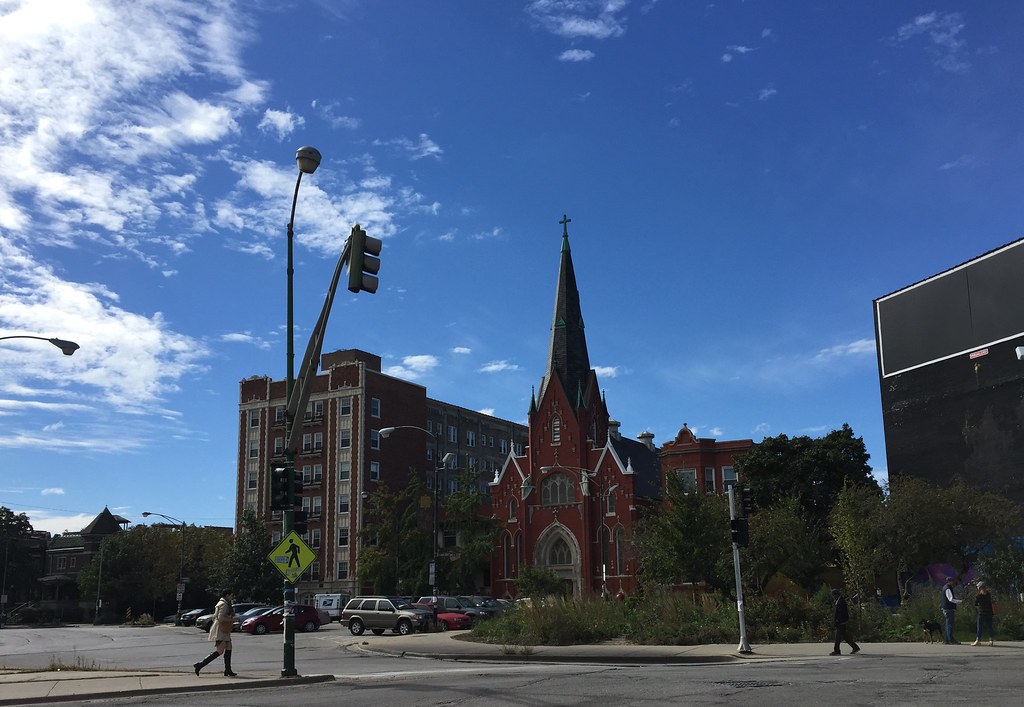 Forest flew in from Paris and landed about the same time my flight got in from Seattle. The two of us hopped on the train from the airport and got off in Logan Square, where we met up with Kate who had flown in from Geneva, at our 3-bedroom Airbnb flat. We'd be living here for the next five days and were super excited to check out both a selection of new places as well as some of my favorite city to-dos. This was Kate's first time and Forest hadn't been since college or so.

After a quick trip to stock up on groceries, and a nap, we headed out that night to Billy Sunday for cocktails. This place is really unique, specializing in old and rare Fernets; they have 7 pages of them. I'm not into Fernet but loved reading through the bottle list while enjoying a couple of not-so-bitter cocktails. 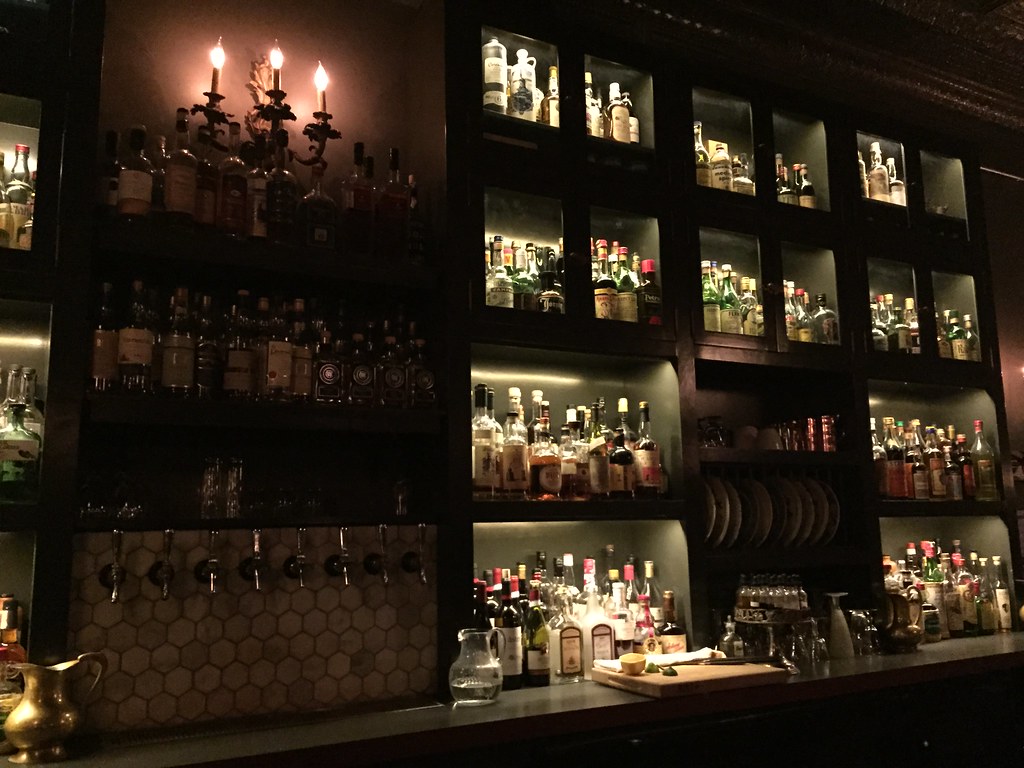 We stayed in our 'hood that night, checking out the relatively new and well-written up Parachute for dinner. Although we felt the space was really cool, and we could not get enough of the potato bread served with sour cream butter, overall we felt our main dishes were just ok. 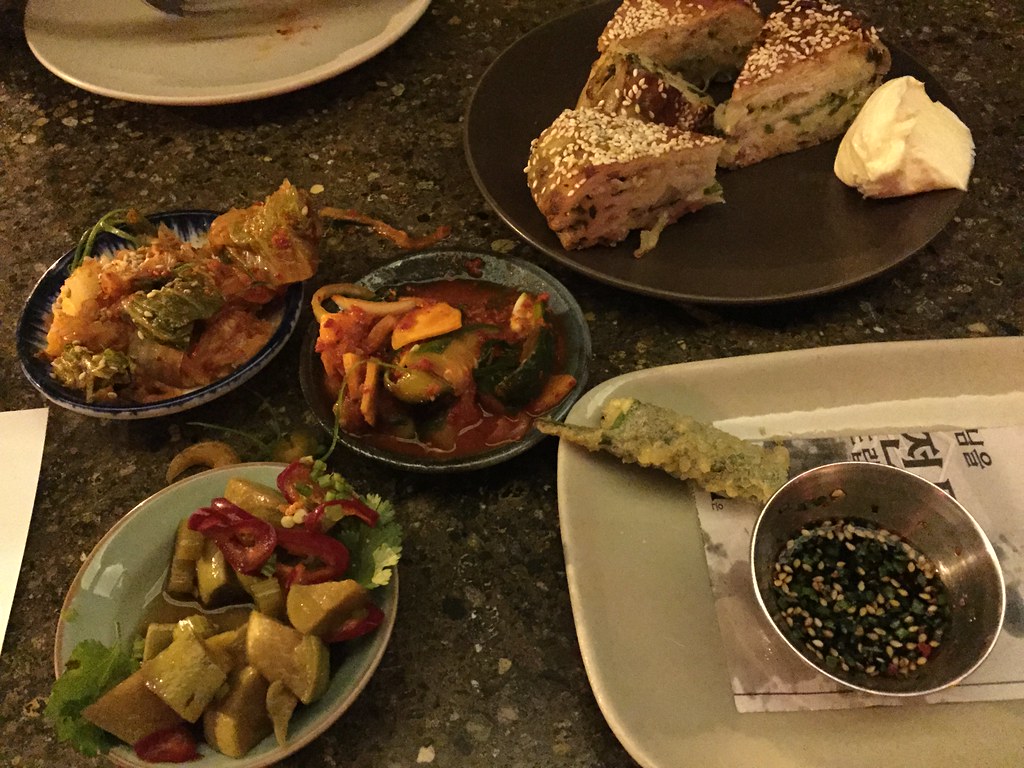 The next morning we met my friend Jesse for lunch at another popular Logan Square restaurant, Fat Rice. OMG! This place is awesome! Super fun, hipster vibe with outstanding food. We basically ordered the entire menu of modern Macau inspired dishes, we may have ordered the dumplings twice. 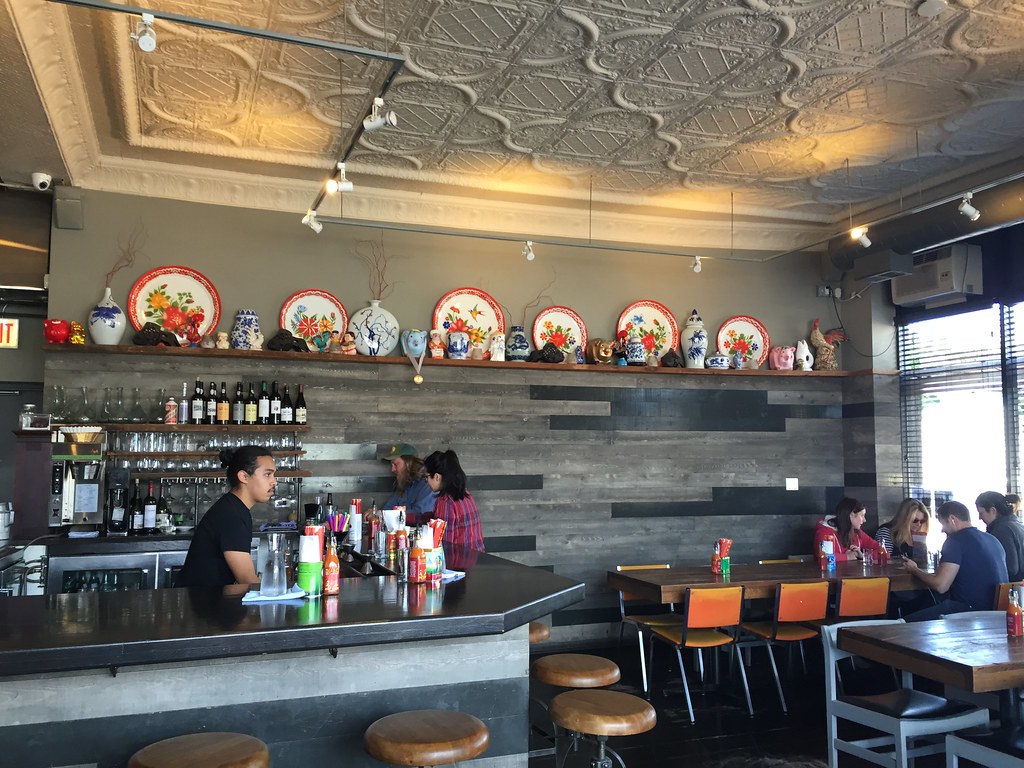 We took advantage of the gorgeous weather after lunch and walked part of The 606 from Logan Square to Wicker Park. This is a cool walkway made up of elevated unused rail tracks, very similar to the Promenade de Plantée in Paris and the Highline in NYC; both of which I love! 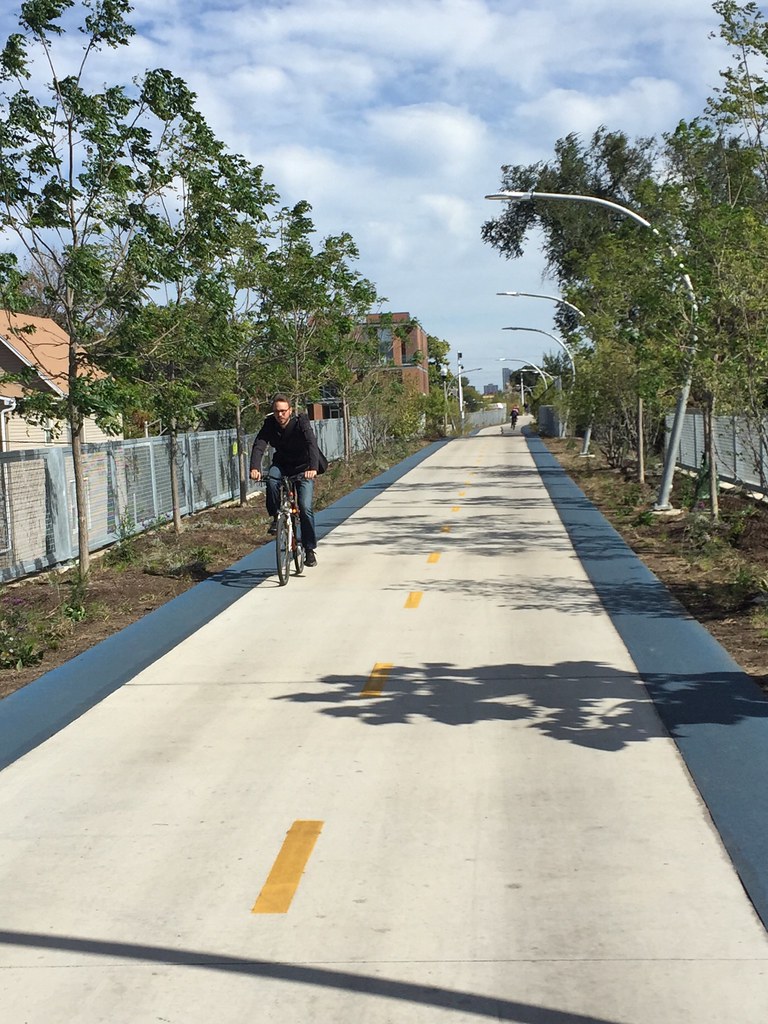 It was unusually warm, so when we spotted a little Costa Rican restaurant, we thought we'd sit for a glass of wine. Turns out they are a byob only (very common in Chicago) but pointed us across the street to a very cute wine shop. Chilled bottle in hand, we headed back over for some snacks.

We continued into Wicker Park's main area and for a bit of shopping. One of the first stops we made was the Walgreens store. Now I'm not usually one to blog about a drugstore, but the Walgreens in Wicker Park is in an old bank building and is really impressive. Besides the architecture, they have what they call their Fresh Market: sushi counter, juice bar, coffee bar, fresh sandwiches, etc. You should check it out when you're there! I'm not sure about the sushi though... 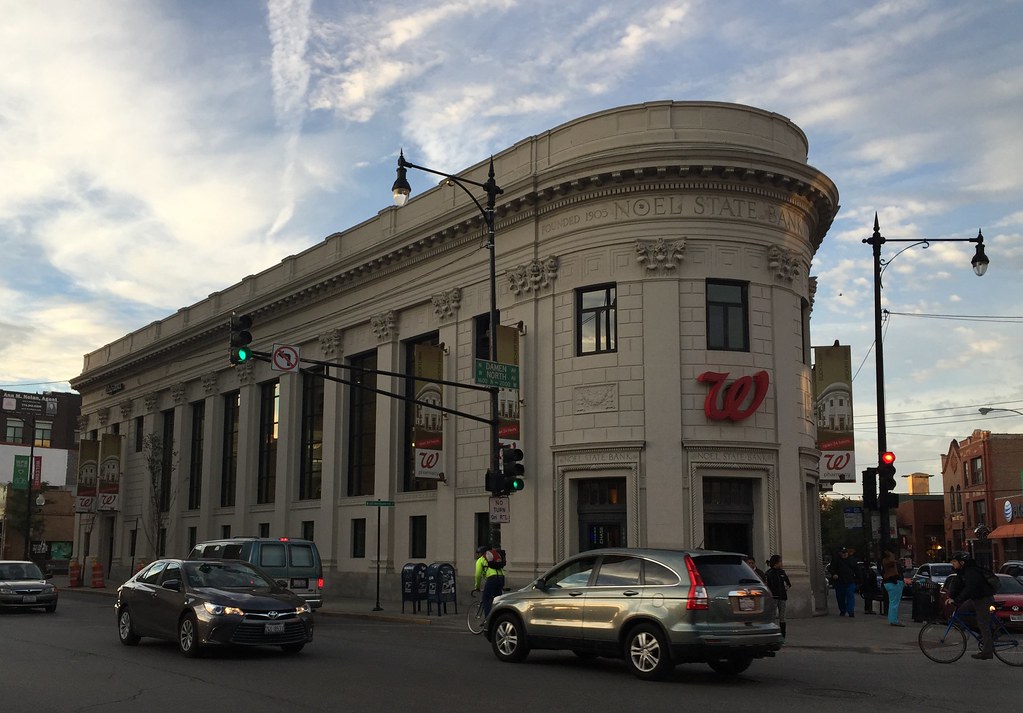 Another quick wine sit down and then we caught the train back to Logan Square. 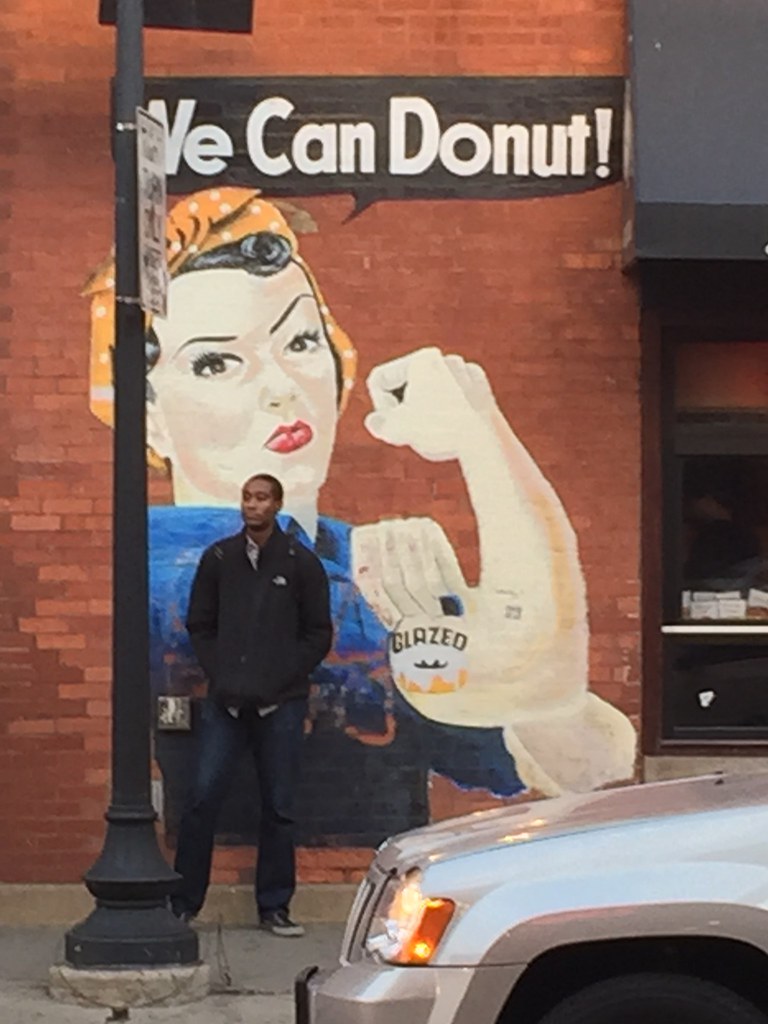 That night we started with cocktails at the super cool Maude's Liquor. What a great place! The cocktails were lovely, it was busy but not douchey (Friday nights can be like that IMHO), and the interior was very antique French-ish. The restaurant was packed too, and I've heard it is quite good for dinner. But we had other plans... 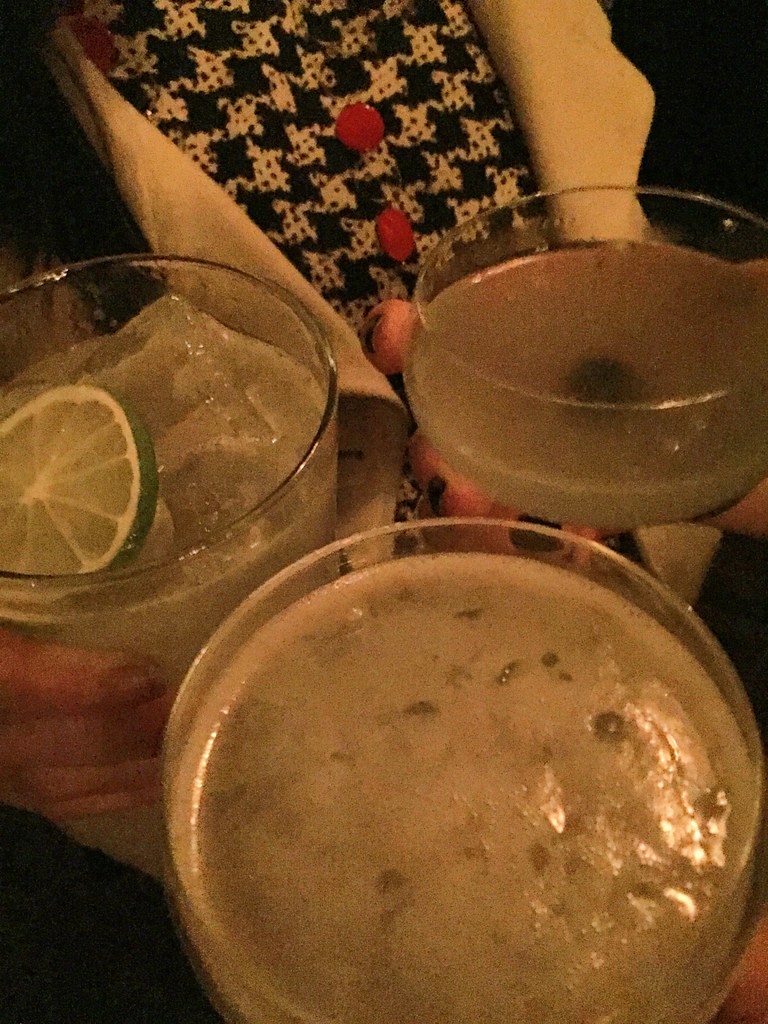 We tabbed out and headed across the street to Girl and the Goat. I'd wanted to eat here for quite some time even though I had read and heard really mixed reviews. Chef/ owner Stephanie Izard, winner of Top Chef season four, had become a hometown hero of sorts, and that doesn't always play out well with the food. 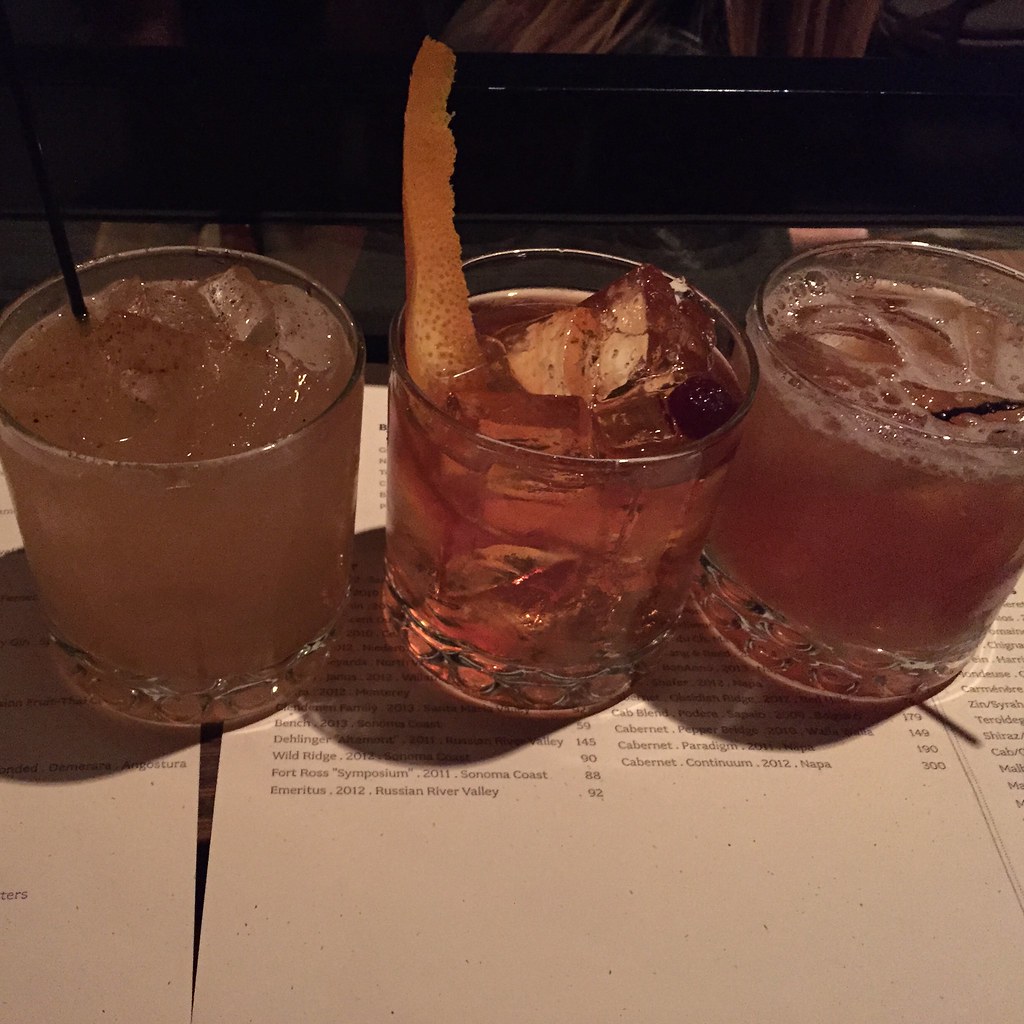 When we checked in for our reservation we were told we were going to have to wait a bit. First red flag. We headed to the bar for a cocktail and the crowd seemed very "Yelp"-centric (ask me what I mean if you're not clued in to Wendy-speak). Second red flag. When we were seated and our waitress appeared, we mentioned it was our first time and we were having a hard time deciding on dishes as they all sounded great. She happily made suggestions — some we had to turn down as it would have just been too much for us— and asked us where we were from. Normally, Paris and Geneva would get the big attention but turns out she was from Seattle so we had a bit to chat about. 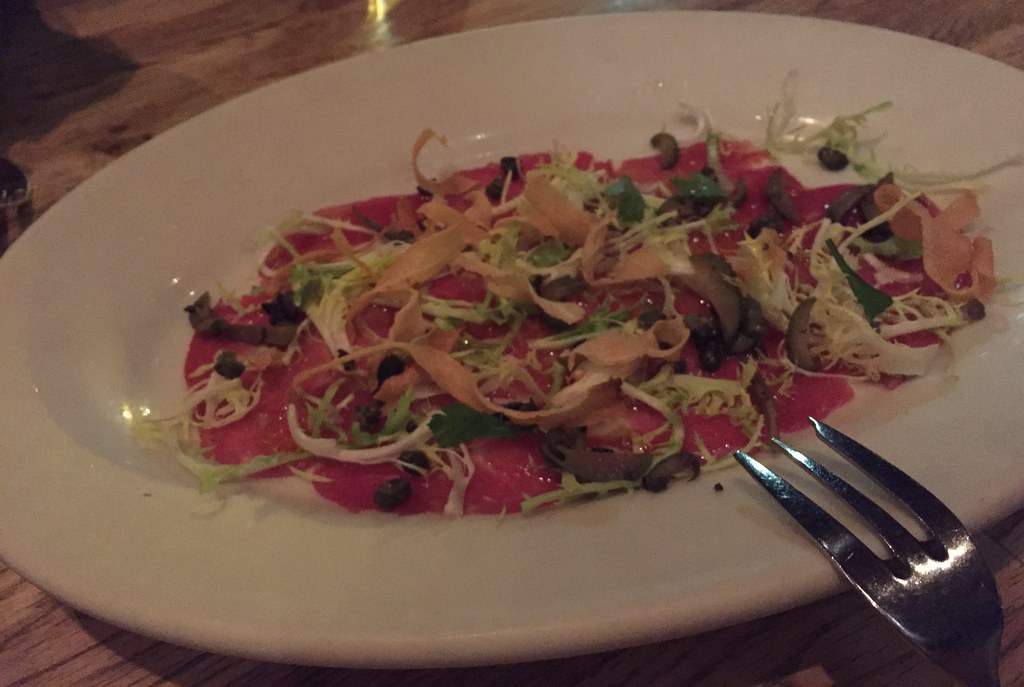 When our dishes arrived (not surprisingly most starring goat) we noticed there were a few extras (like this goat carpaccio!). Our waitress gushed that she just could not not have us try them and they were on the house! And when we were entirely too full to eat everything she boxed them up without asking and insisted they made the best breakfasts. Red flags be damned, Girl and the Goat was an excellent dinner experience!

And indeed, the next morning we realized she was right about those leftovers...

Other posts from this trip:
A Night at The Aviary
Culture and Cocktails in Chicago
Chicago Cocktail Crawl