After having such a fun-filled hiking trip with Nic and Forest the year before, we decided on another one, this time in Nic's home country of Ireland. I had never been so was super excited, and as I researched what I wanted to see and do I realized that I would need a bit more time than the 1-week hiking adventure with the girls. 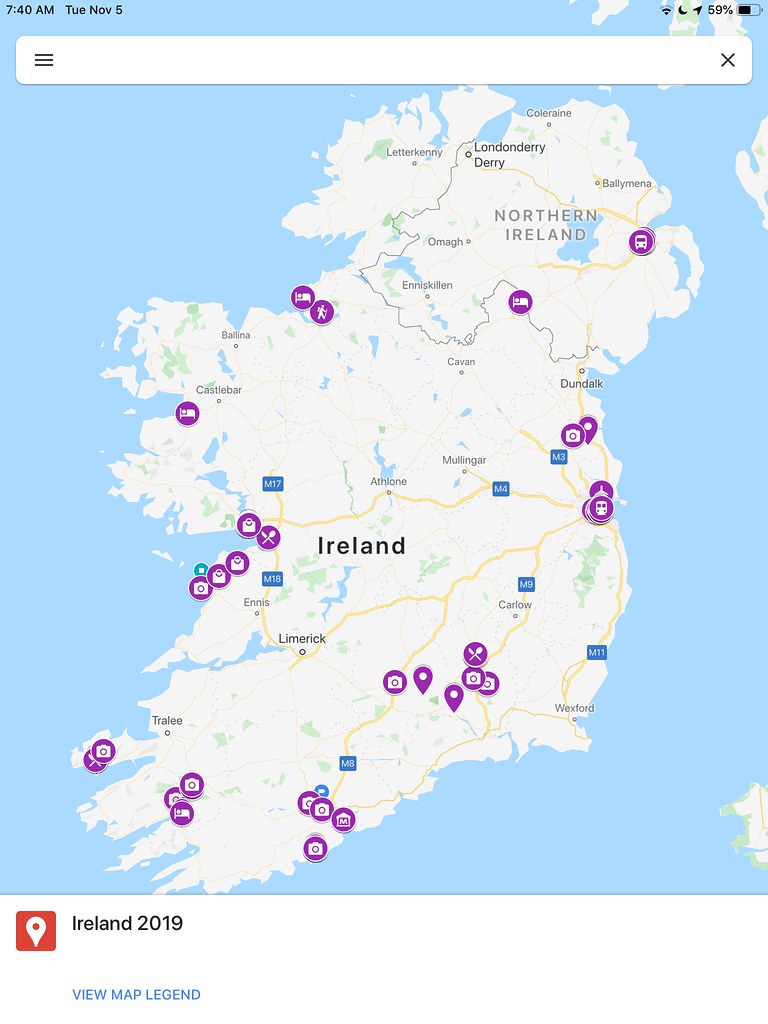 I took advantage of an airfare sale on Aer Lingus and got round trip in coach for $750! I would be driving around the country for 2 weeks on my own before meeting the girls in the northwest for some hiking and castle touring for another week! 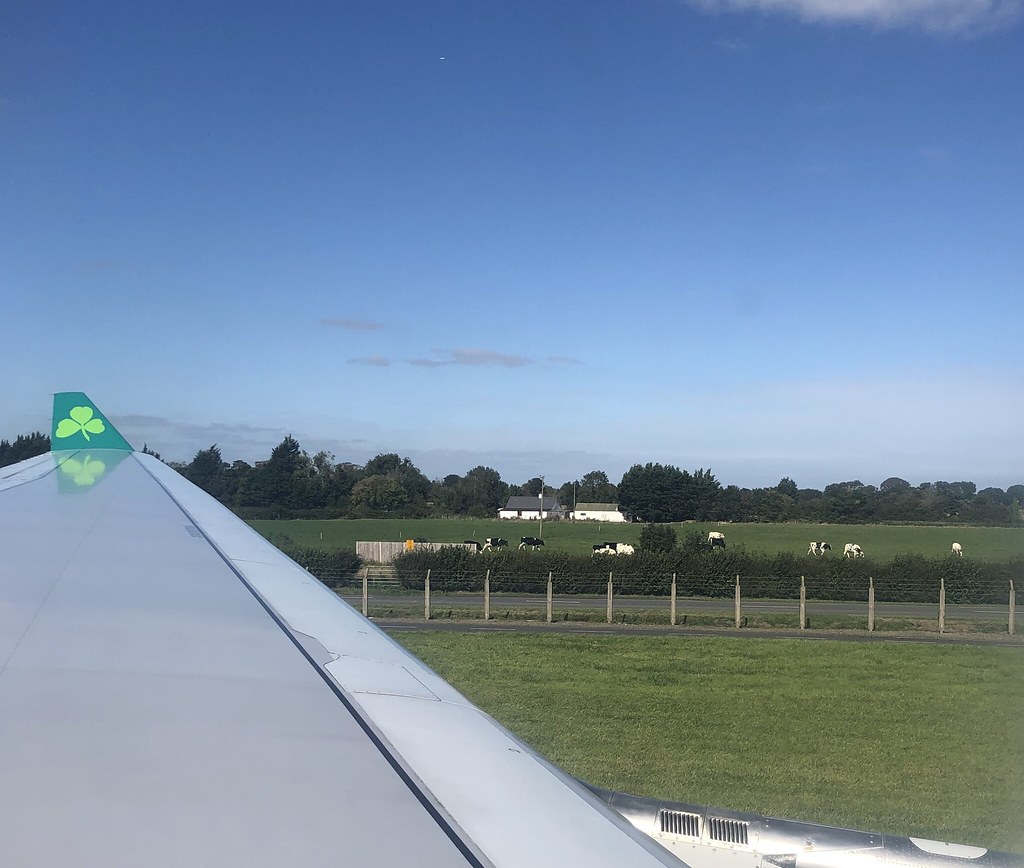 It was my first time on Aer Lingus and unfortunately the flight was delayed by 1½ hours, which wasn't the first impression I had hoped for. I used my priority pass and had a light dinner in the lounge at SeaTac. It was an uneventful overnight flight directly to Dublin. 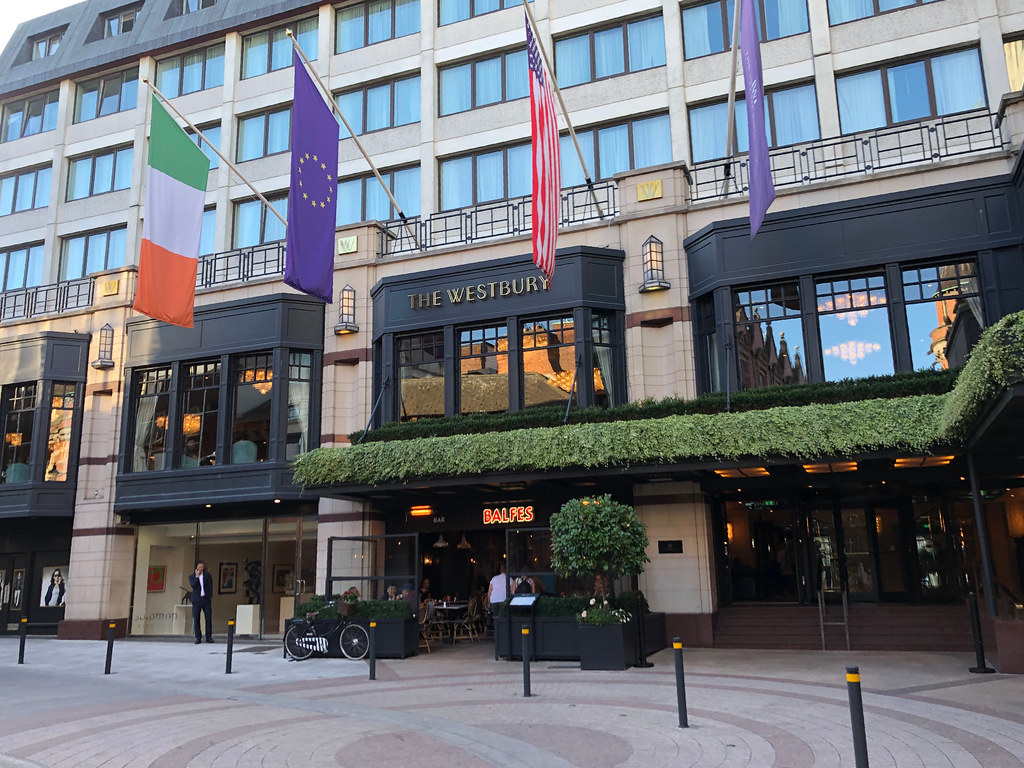 I took a taxi for €24 to the 5-star Westbury Hotel located right in the center of Dublin. The hotel was absolutely gorgeous and posh (there was a cushioned bench in the elevator!) as was my huge king bed room. I had used points from my Chase Sapphire Reserve card so my 3-night stay was free! 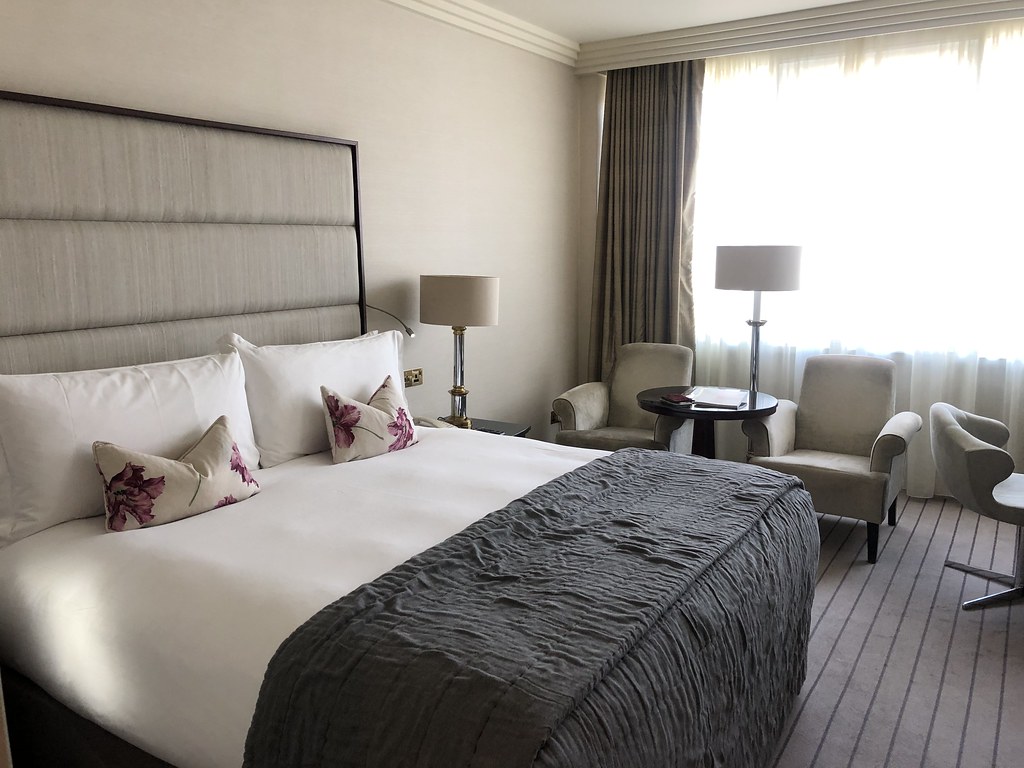 There was just enough time for a quick nap before I headed out for my first night in Dublin! Friends of mine had suggested doing the Musical Pub Crawl tour. Touristy? Yep! Super fun? Absolutely!
The tour met in Temple Bar (not a bar but a particular area of town! who knew?) at Gogarty's pub. I grabbed a pint while waiting for the guide to show up and lead us to our first stop. 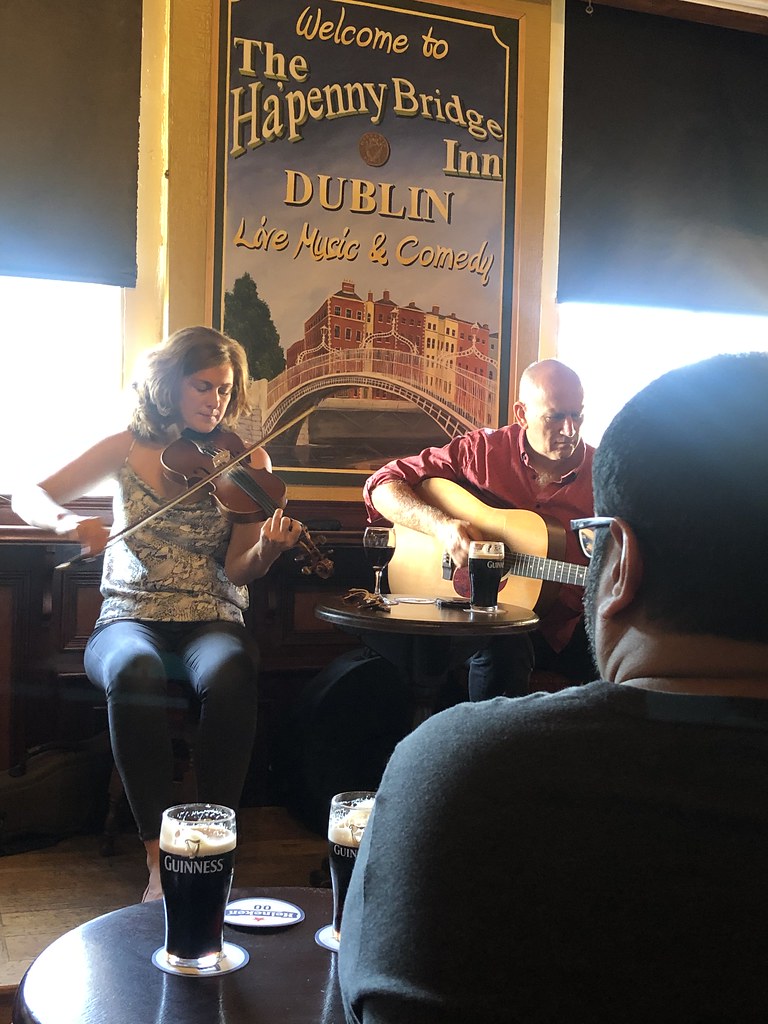 At Ha'penny Bridge Inn we were introduced to our musicians for the night. Bernadette Nic Gabhann is a well-known fiddler who has traveled the world and just happened to be filling in for another musician.
Not only was it super fun to listen to traditional music but they taught us lyrics (which would come in handy in numerous pubs on my trip!), history of the songs, different styles of songs, and general manners while out listening to trad music.
The last stop also included some traditional Irish dance as well as dinner. This was the only thing that I would suggest skipping, I'd book for just the regular pub crawl and grab a bite somewhere else.
As it was still relatively early I decided to hit one of the cocktail bars on my list before heading back to the Westbury. Vintage Cocktail Club took a while to find but it was worth the search. 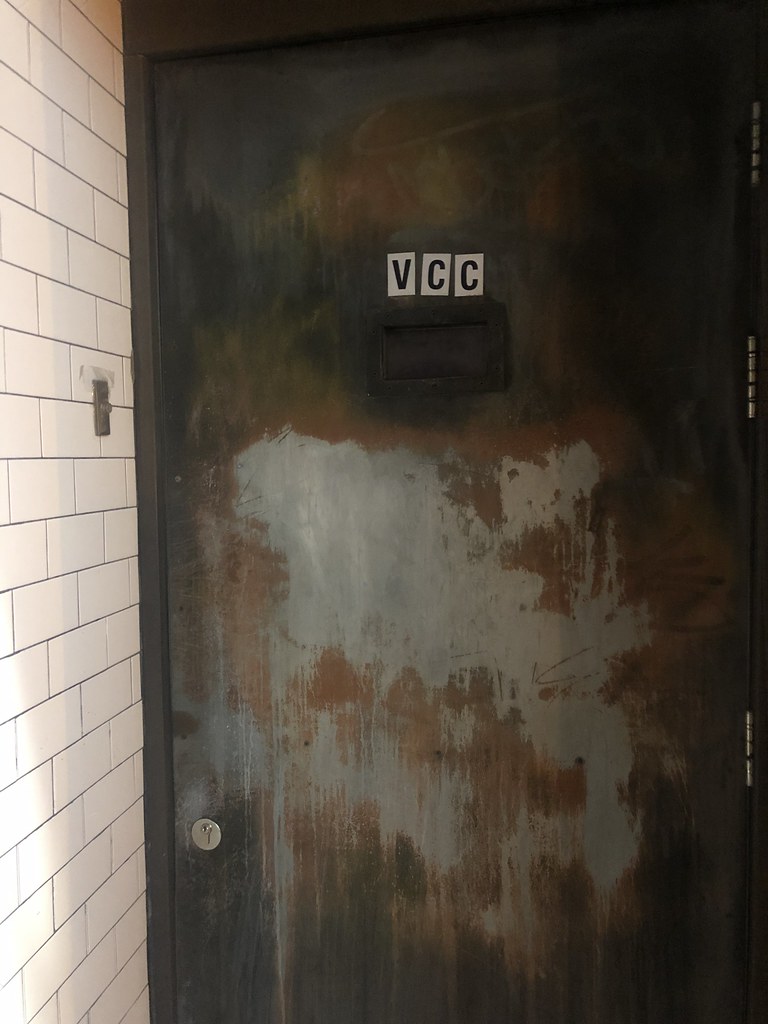 I was led up a series of flights until we reached a tiny room with low ceilings and overstuffed furniture. Tables were lit by candlelight. It felt a bit Alice in Wonderland! I loved it and stayed for two rounds. I think they take reservations which would be a smart move. 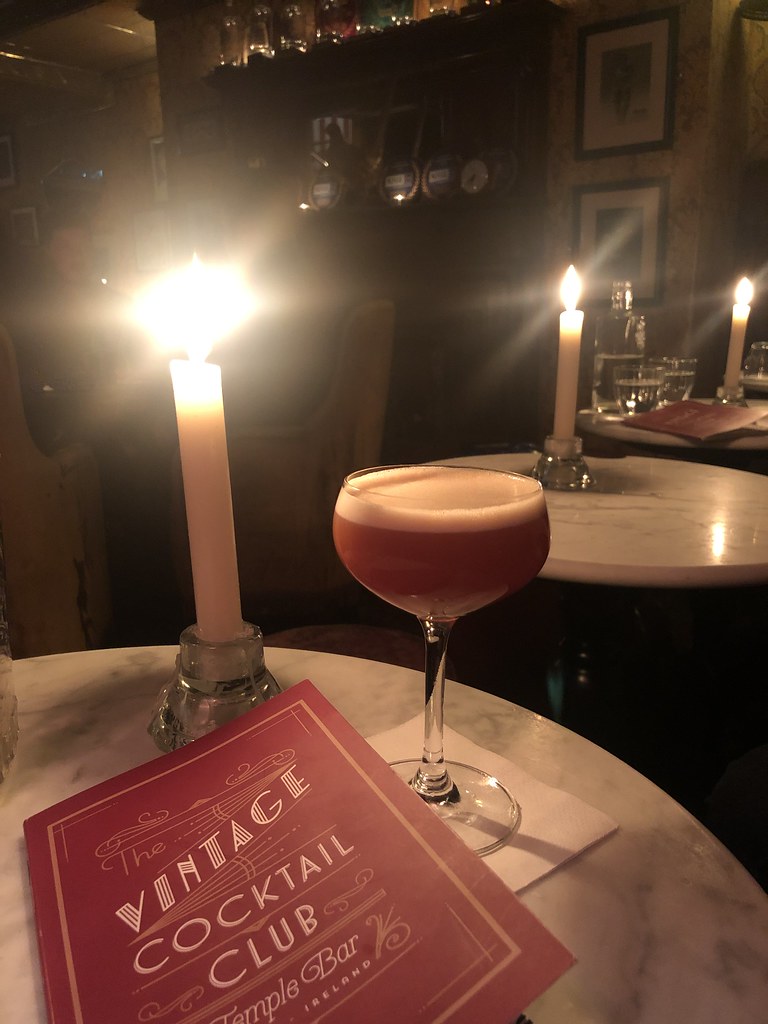 It was a gorgeous night walking home, and pretty quiet as most bars close at midnight on weekdays. I was absolutely taken with how cute the streets and buildings were. I also walked past incredibly drunk people- one who was passed out in the street while their friends stood over them chatting. It was a Tuesday. haha! 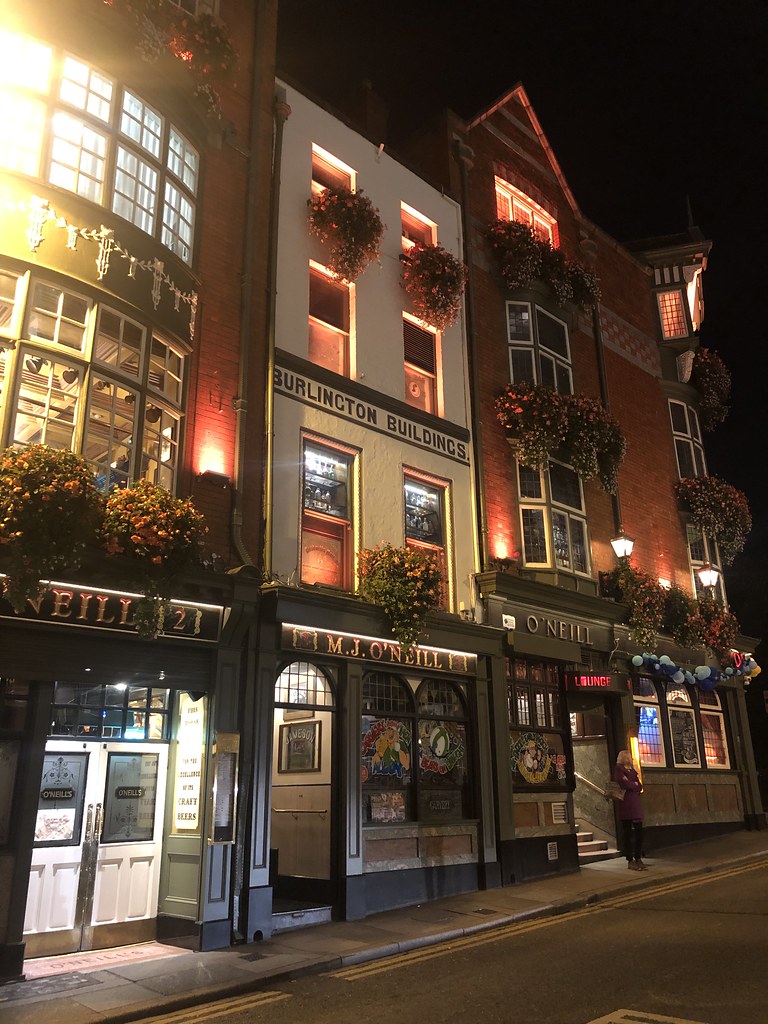 Back at the Westbury, I noticed that their cocktail bar, The Sidecar, was still open. As I waited for my nightcap martini I was served a tiny coupe of champagne. They were guaranteed to see me again with that service! And there had been turndown service in my room which makes me incredibly happy. 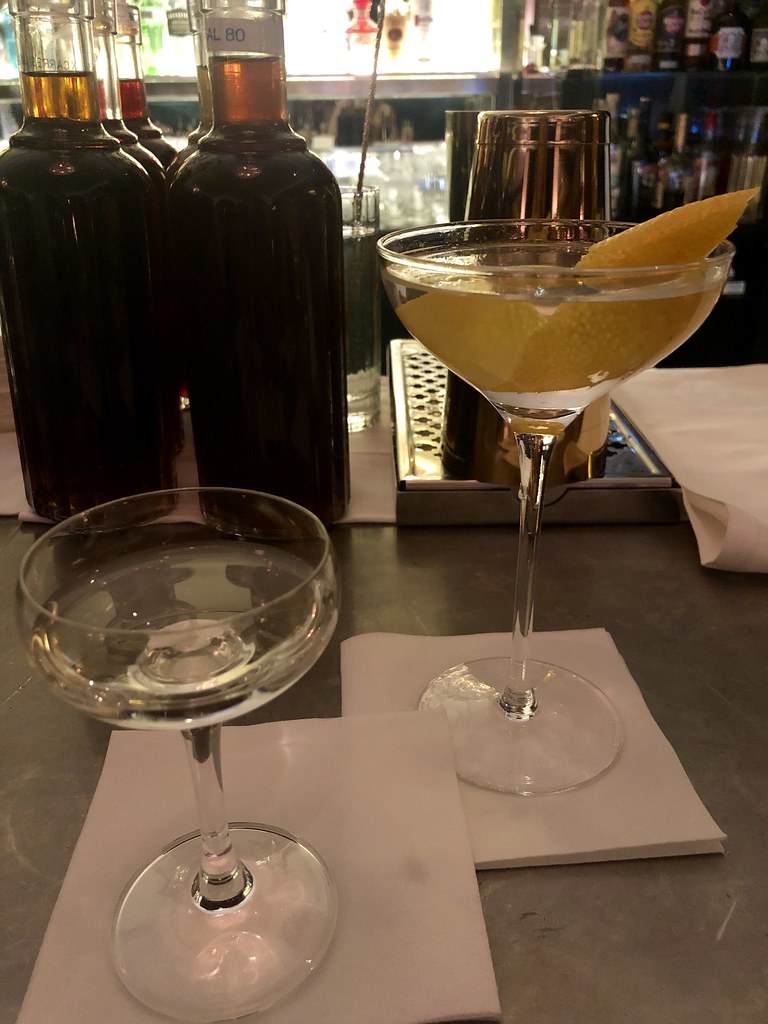 Day 1 in Dublin had been excellent!