Bangkok, Over and Out

We took the overnight train from Chiang Mai to Bangkok which left at 4pm and arrived at 6:30am. The four of us shared a sleeper with four bunks and depending if you reserved upper or lower each 2nd class ticket ran about $22, not bad Thailand!

The train was fine but they had the air conditioning cranked and it was freezing. Everyone on the train was completely bundled up and shivering. Not the best experience but what can you do except pile on as many layers as possible.

For this second Bangkok visit we booked in at the Aetas Bangkok Hotel. Not only did they have our rooms ready even though we arrived so early in the morning but they upgraded us to suites, too bad we were only going to be there for one night! 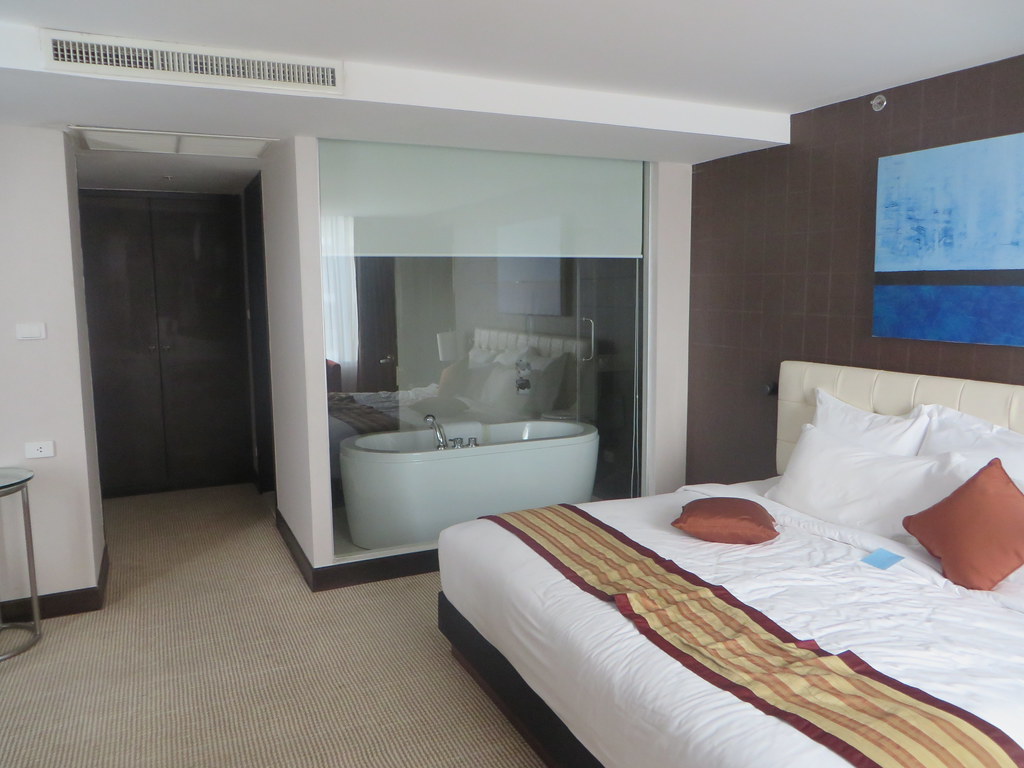 We were all starving and saw a food cart across the street so we headed over for some delicious pork noodles. Al fresco dining at its finest. 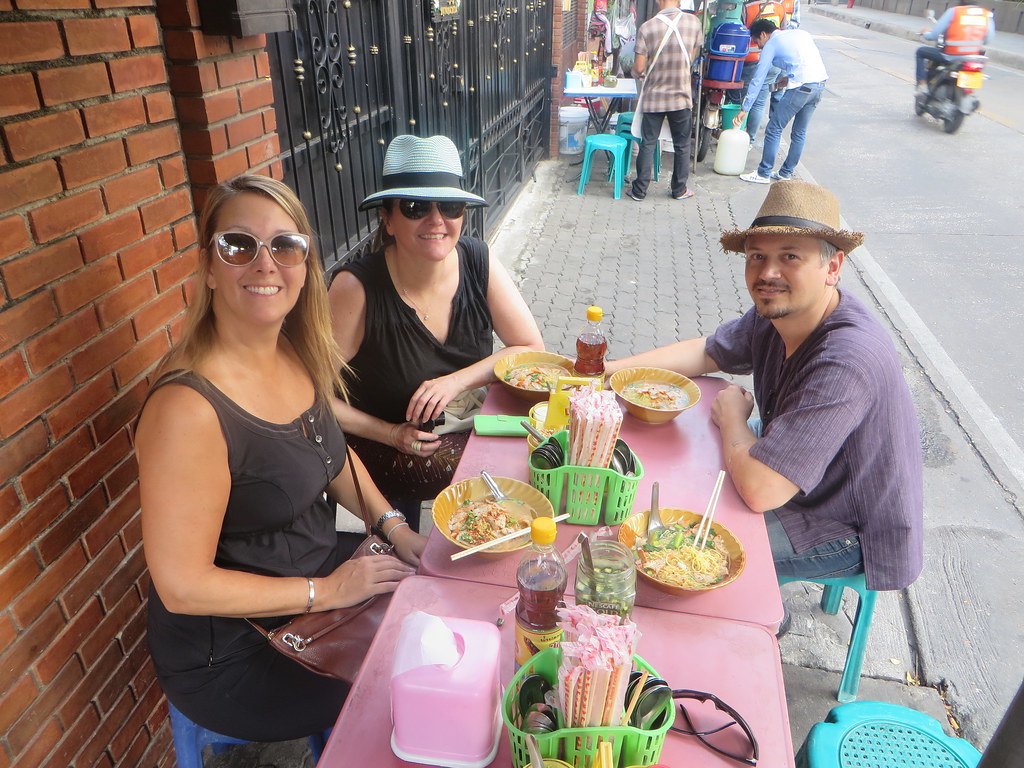 We grabbed a cab and headed to the Royal Palace for a morning of sightseeing. Forest and I had both brought scarves to wear around our shoulders but the palace was having none of that and we were forced to rent shirts if we wanted to enter. And of course they were very fashionable. 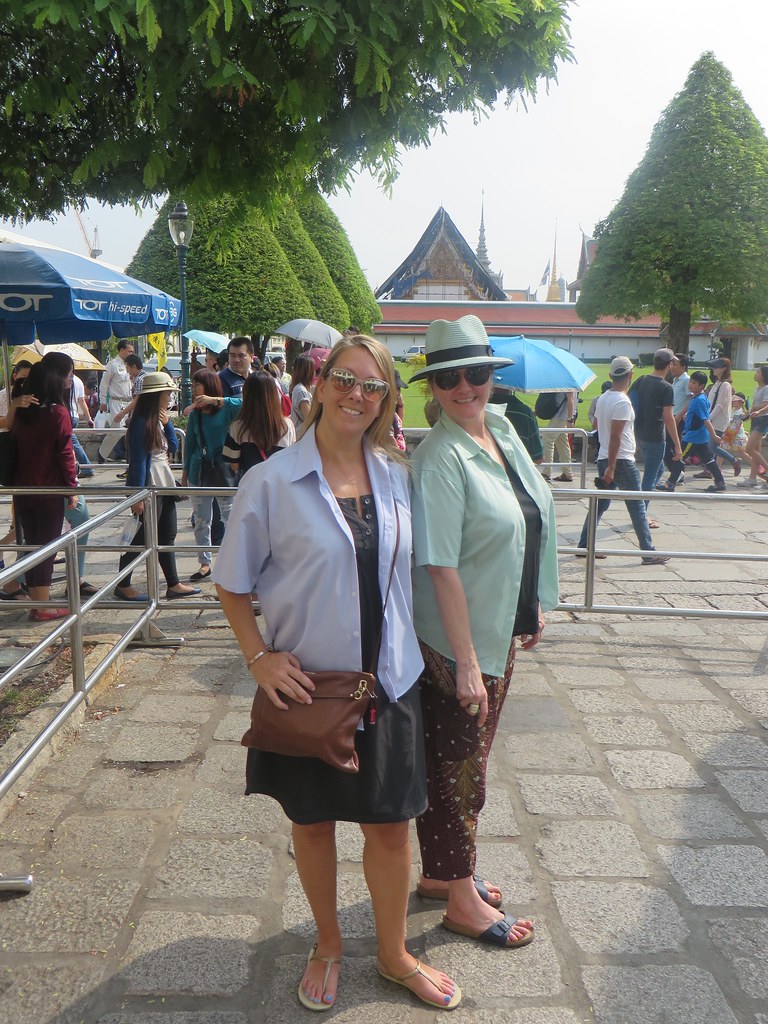 The palace grounds are absolutely incredible. Opulent is an understatement. Even having visited numerous temples at this point we were all ooohing and ahhhing. 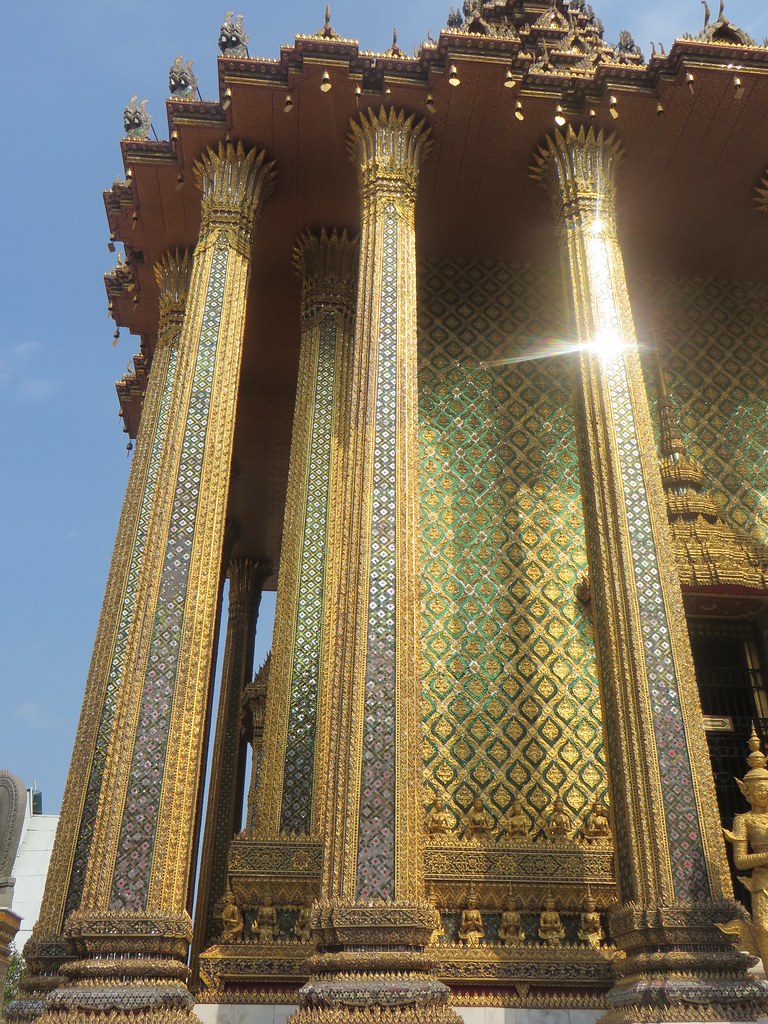 Wat Phra Kaew on the palace grounds houses the Emerald Buddha which, just like the Mona Lisa is smaller than expected, but still beautiful.

We left the palace after a couple of hours and headed to Wat Pho home of the Reclining Buddha. Unfortunately it was closed for lunch hours. The heat was absolutely baking so we headed back to the hotel for some refreshing pool time, a much needed nap, and then cocktails in the hotel bar before heading out for the night. 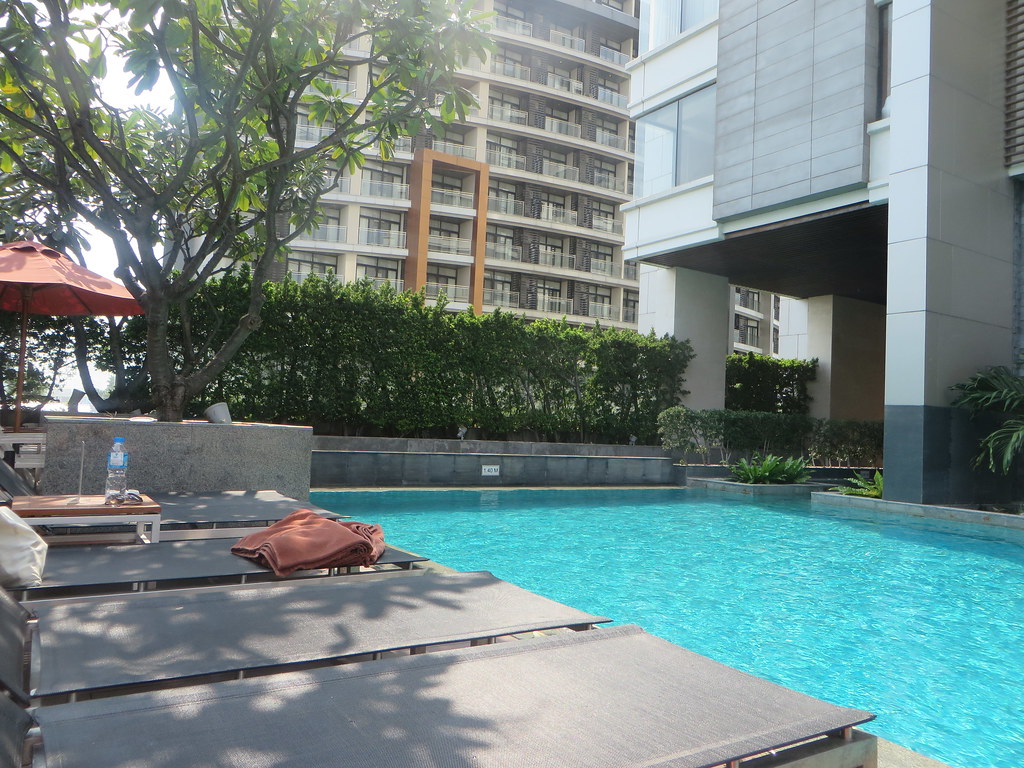 Our destination was 38 Soi, a small street lined with all sorts of food stands. We grazed on noodles, grilled chicken, and mango sticky rice (served in a plastic bag of course). 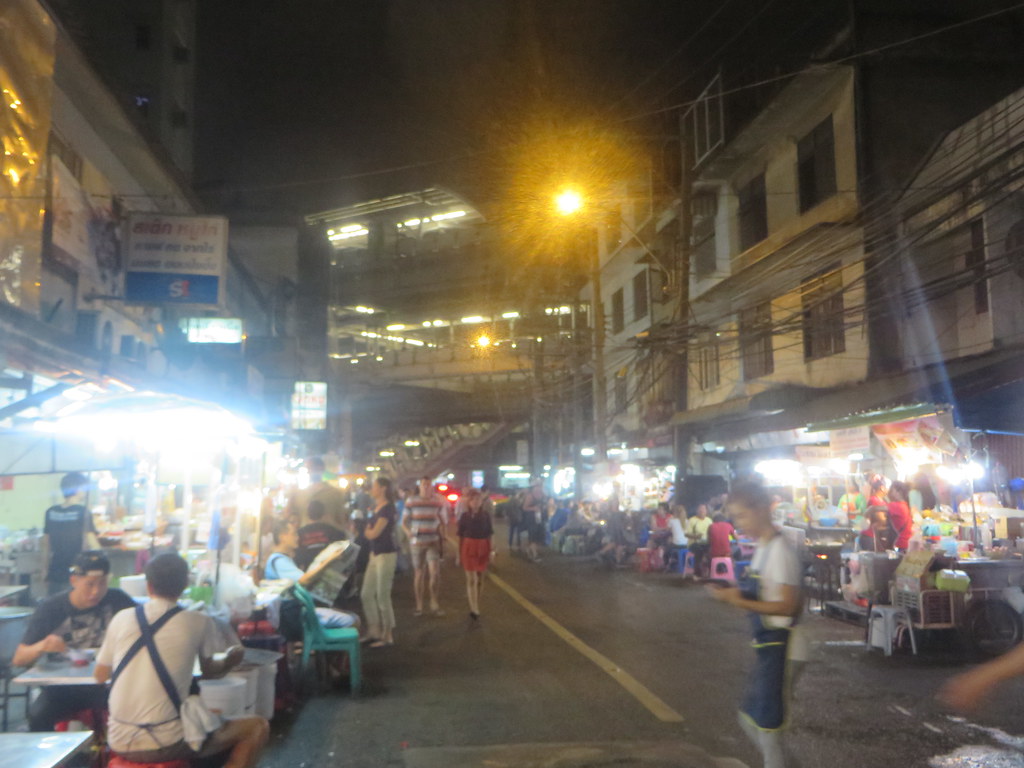 Nightcaps were had at the popular WTF cocktail bar, which was ok, and then later nightcaps at the bar in our hotel and more in our hotel room. Hey, our trip was almost over! Don't judge!

The next morning we took the skytrain to meet up with a small group for the Bangkok Food Tours. We had booked a 9am-1:30pm walking tour and immediately were so happy to have our guide Mot as she was knowledgable, friendly, and a foodie!

We tried the specialties at four different restaurants as well as various street stalls, having about 15 dishes overall. Mot was also great about pointing out buildings, temples, etc. that were interesting and giving us a bit of history.

A few standouts were the roasted wild duck with rice at 50-year old and 3rd generation run Charoen Wieng Pochana. 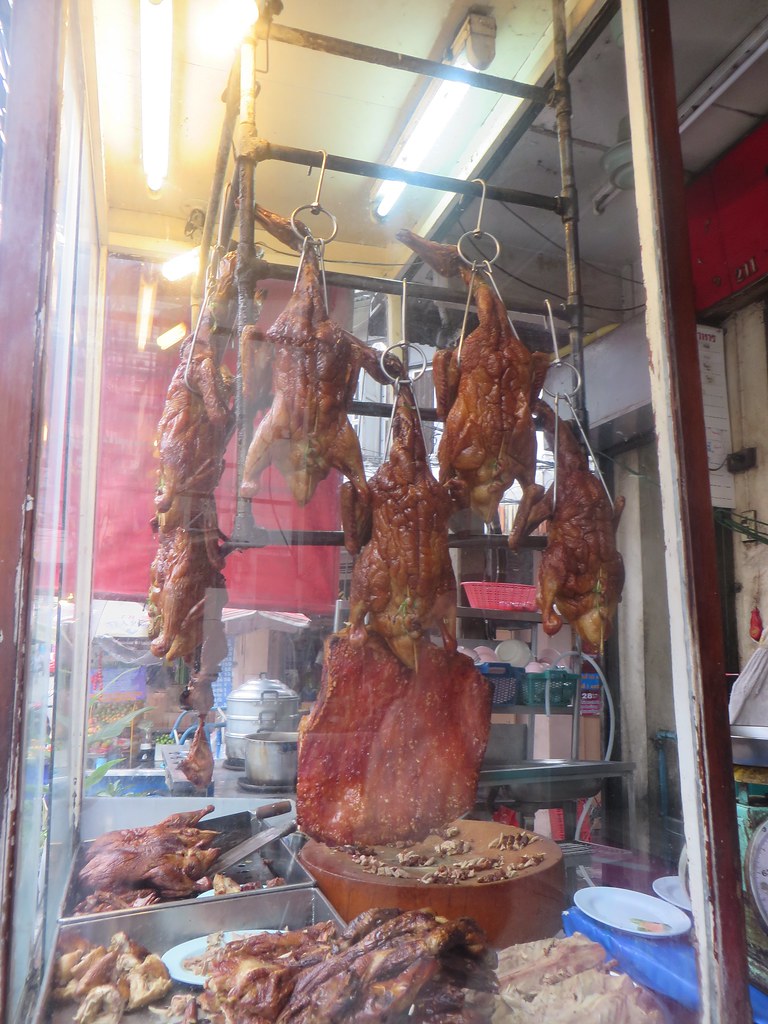 Absolutely addictive curry noodle and stuffed roti (mataba) at a Muslim restaurant. Tasting a selection of interesting sweets from a street vendor. Traveling across the river by pedestrian ferry to get green papaya salad, fried catfish, and fried chicken at Yum Rod Sab. Heavenly banana pancakes from another street vendor. Pan Lee Bakery for BBQ pork bao and Thai ice tea. And this gorgeous green curry chicken with savory roti at Kalpapruek. 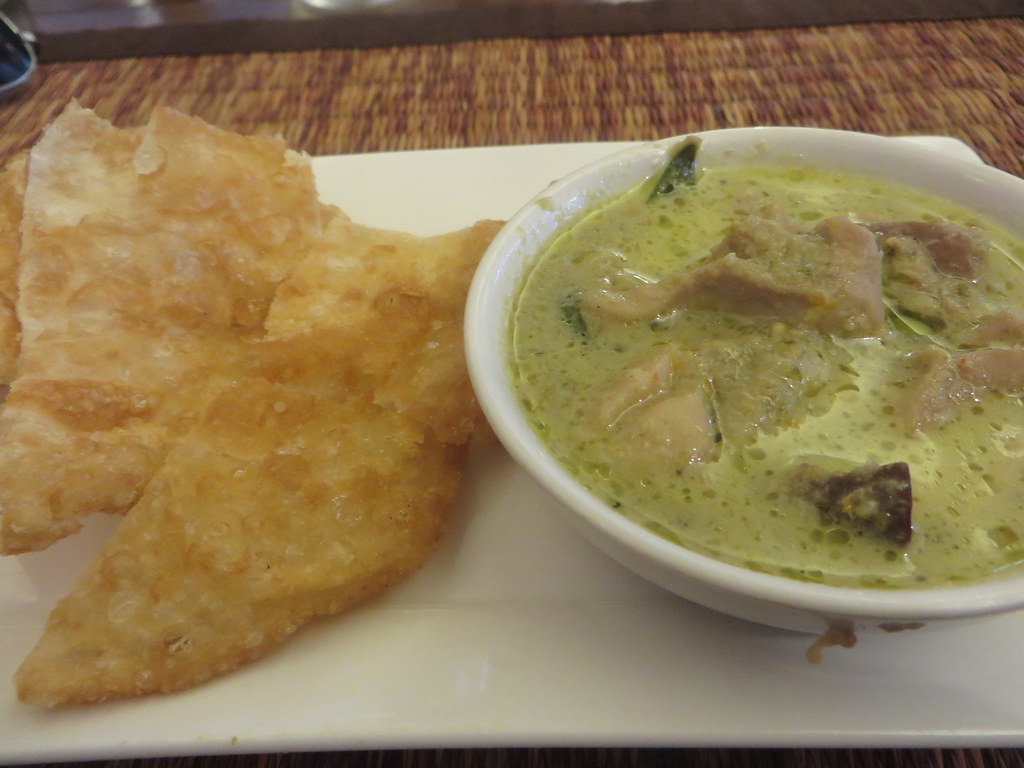 To say we were stuffed would be an understatement! I highly recommend taking one of these food tasting tours, we tried to get one earlier in our trip but they were booked up. Make a reservation for your first full day and you'll learn what to search out the rest of your time there!

We were thirsty after all that eating so we headed near by to the super posh Mandarin Oriental for a drink at The Veranda Bar (the Bamboo Bar is only open at night) where two Hemingway Daiquiris put Forest and I back about $22. Not bad if you are in the states but figure that was about the same price as each of our train tickets from Chiang Mai! 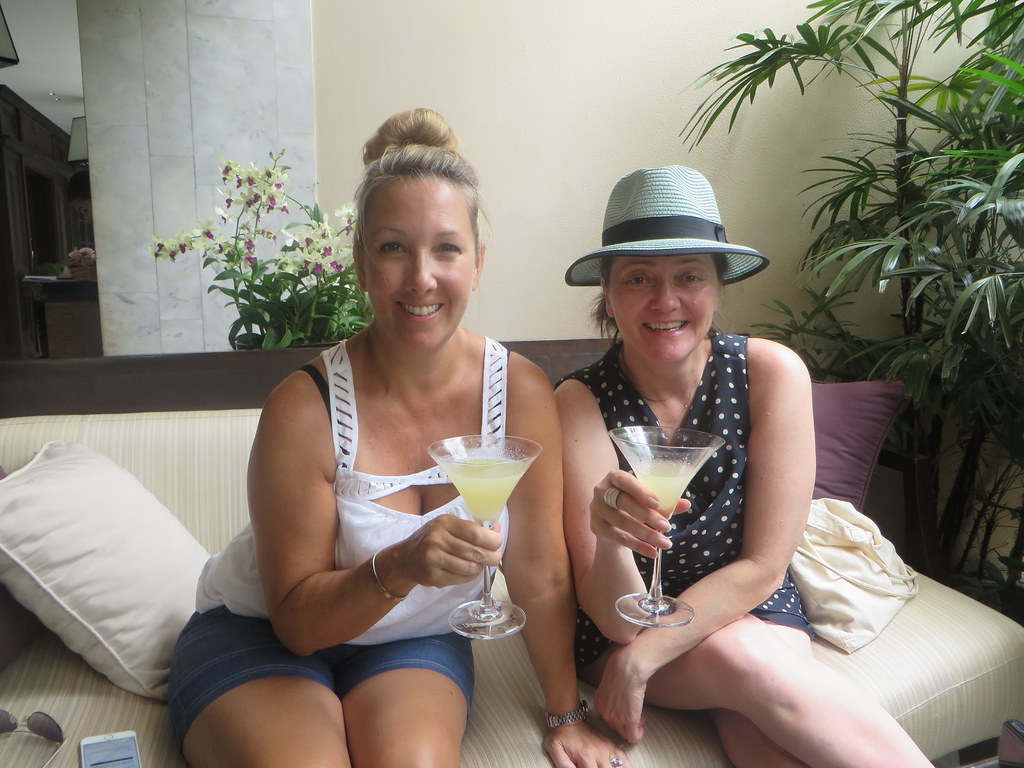 We had paid extra at our hotel for a 6pm checkout so we headed back to cool off by the pool and pack before dinner. As our dinner that night was inside the Metropolitan Hotel we just took our luggage with us and checked them with the bellhop.

We were very excited for dinner at what is reviewed as one of the best restaurants in Thailand, Nahm, currently #22 on the World's 50 Best list and holding a Michelin star.  The space and service were fantastic and all the dishes were really interesting modern takes on regional classics. Having had so much fantastic street food over the last two weeks, it was tough to say what was better! Much different set up than the street tables though! 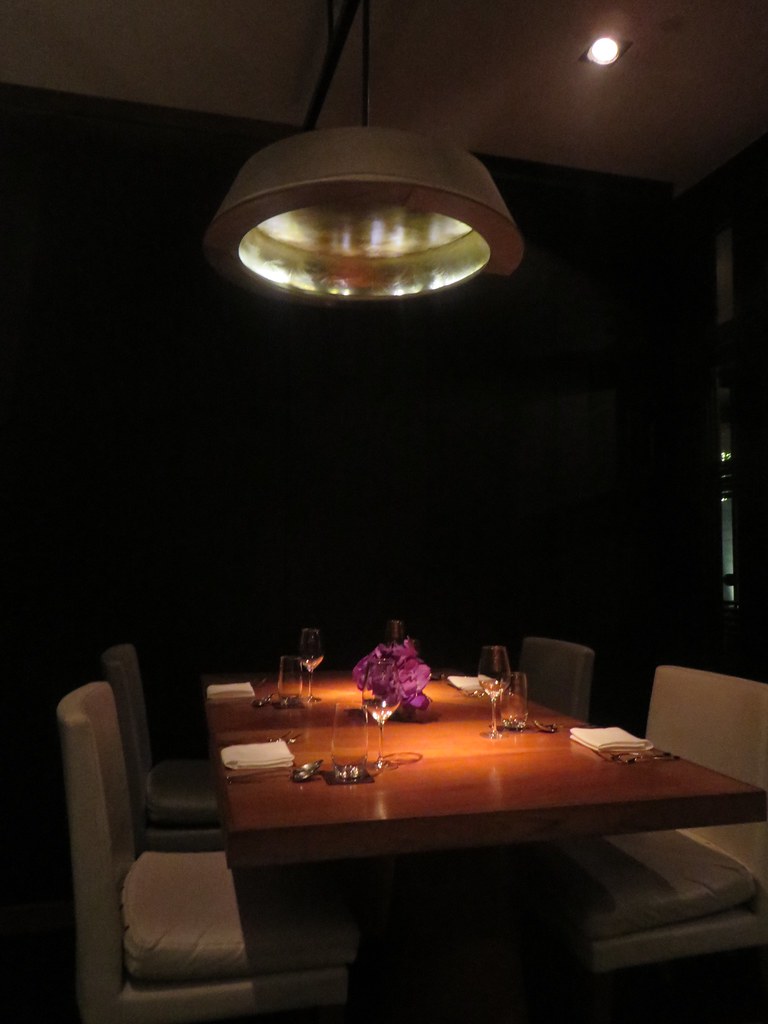 We all shared a cab to the airport, Thibault and Forest caught their flight home while we stayed at the airport Novatel. Our flight left at 7am the next morning so it was incredibly handy to have the hotel connected to the airport. 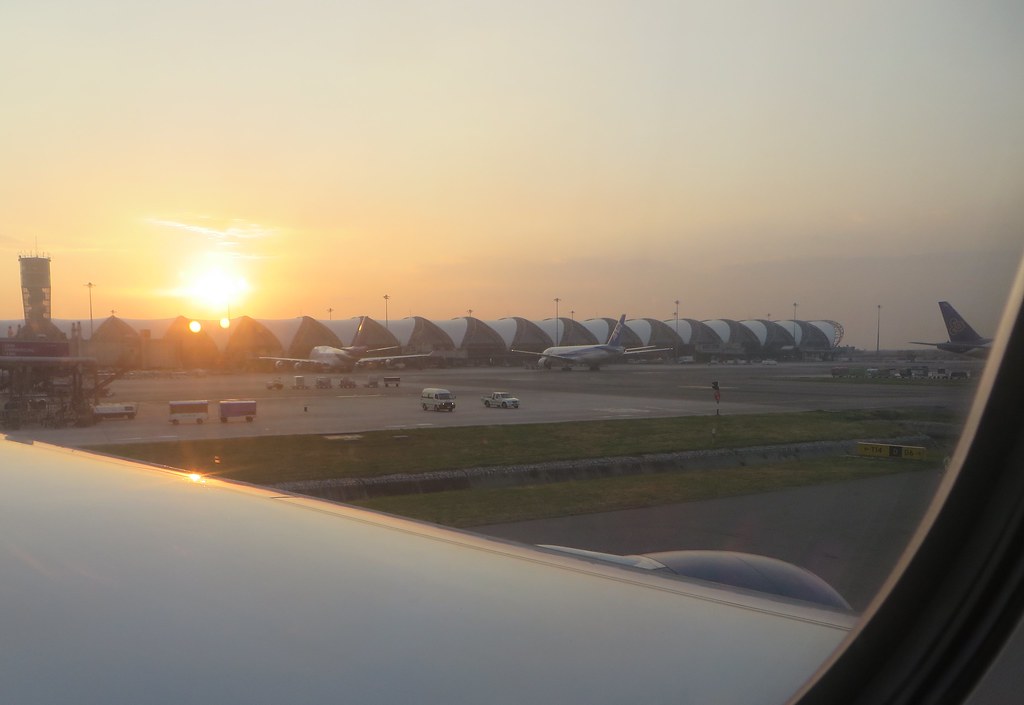