On our 3rd full day in the Sacred Valley we hired a private taxi driver for the day. After another great breakfast at Hotel Inti Nan (this time with the owner's wife making us homemade tamales for breakfast!) we made the short drive out to the Salinas de Maras to see the salt flats. Our driver stopped on the road above the flats so we could get an aerial view; they are unlike anything I've ever seen!

As there had been a lot of rain the day before so the ponds were colored with the runoff of the surrounding hills. Our driver explained that normally they are shades of brilliant white, which you can see here. 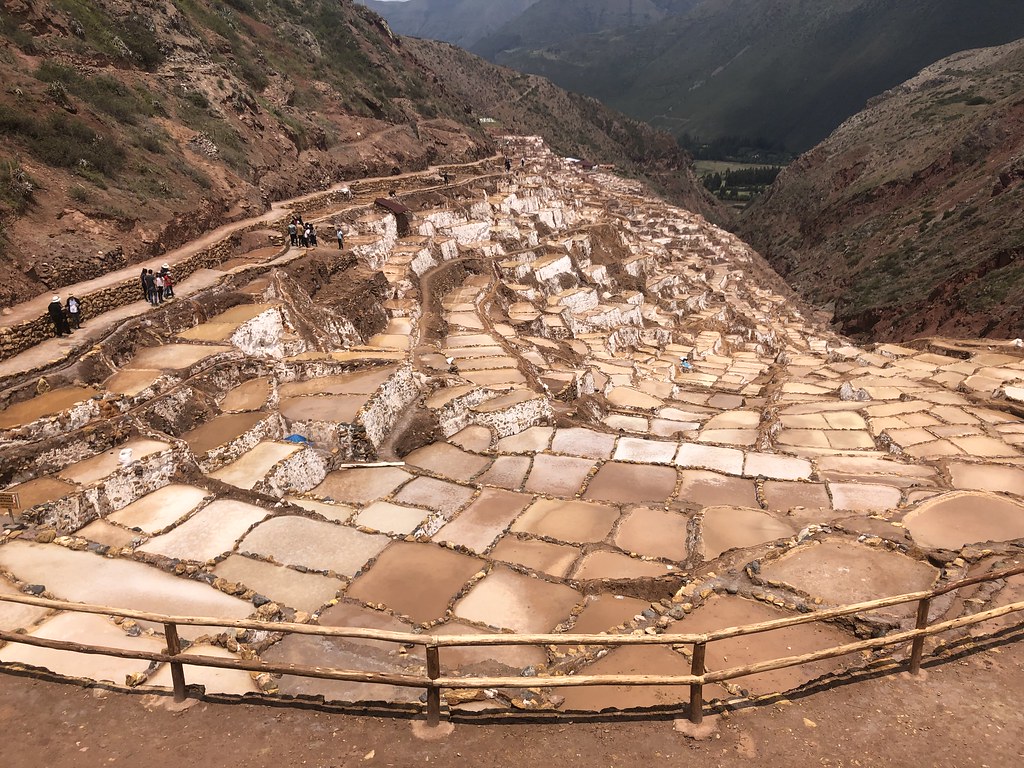 Once inside, we were allowed to wander on paths around the ponds. There are about 5,000 ponds that are fed by a natural salty stream from the Andes mountains. The flats are at an elevation of 9,800 feet and have been in use since pre-Inca times. It was very cool to see the salt as the pond water evaporated. They looked like stalactites! 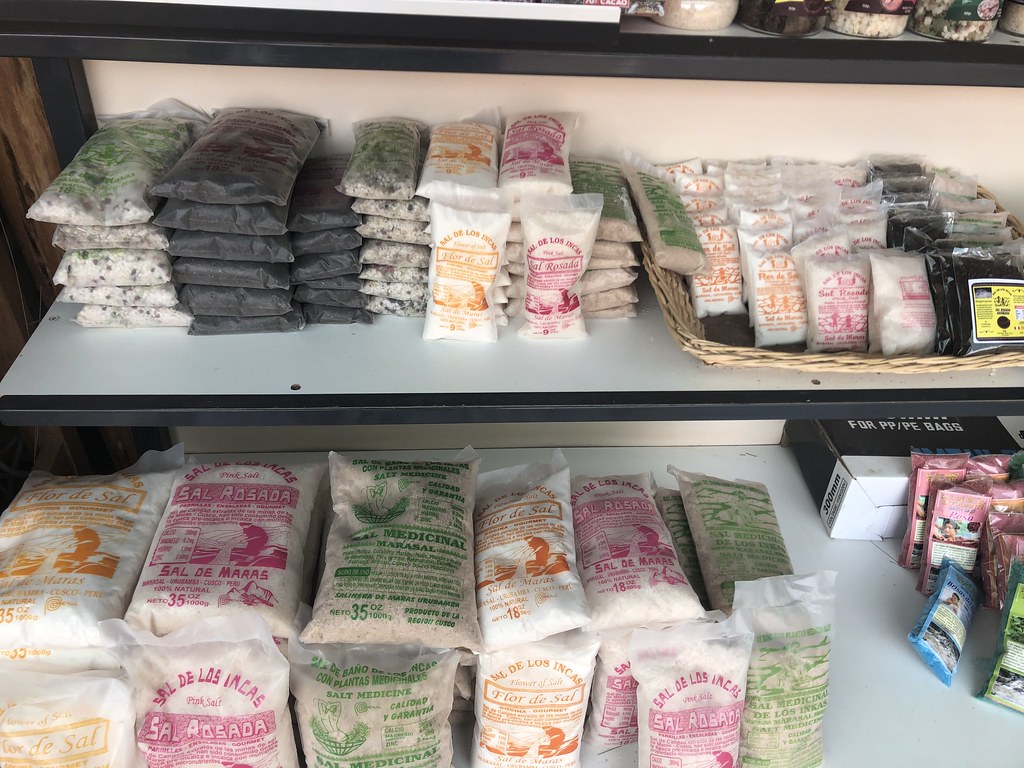 On the way out we were able to sample salt from the many families who harvest and sell it. I chose to buy from a father and daughter who also sold bath salts and chocolates. It is some of the most "salty" of the salts I have from around the world (I buy a lot of salt when I travel!)

Next we drove to the Inca ruins of Moray, which was the 3rd ruin we were able to use our pass for. The site is still a bit of a mystery, it contains no buildings, just circular terraces complete with an irrigation system. The terraces are dug down on this high plain, making it look like a giant crater. 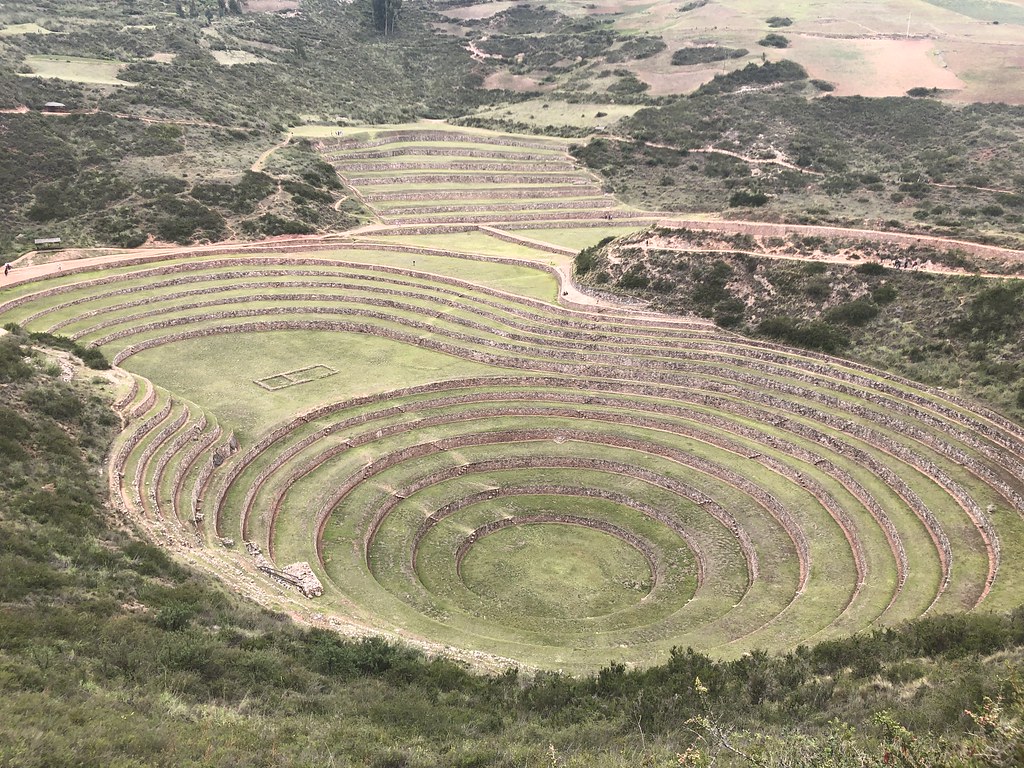 We didn't have a lot of time so we skipped walking down into the site, as we had reservations for lunch at the newly opened MIL. Chef Virgilio Martinez, who owns Central in Lima, opened this restaurant on the same grounds as Moray. We just walked down a dirt road from the ruins to get there. 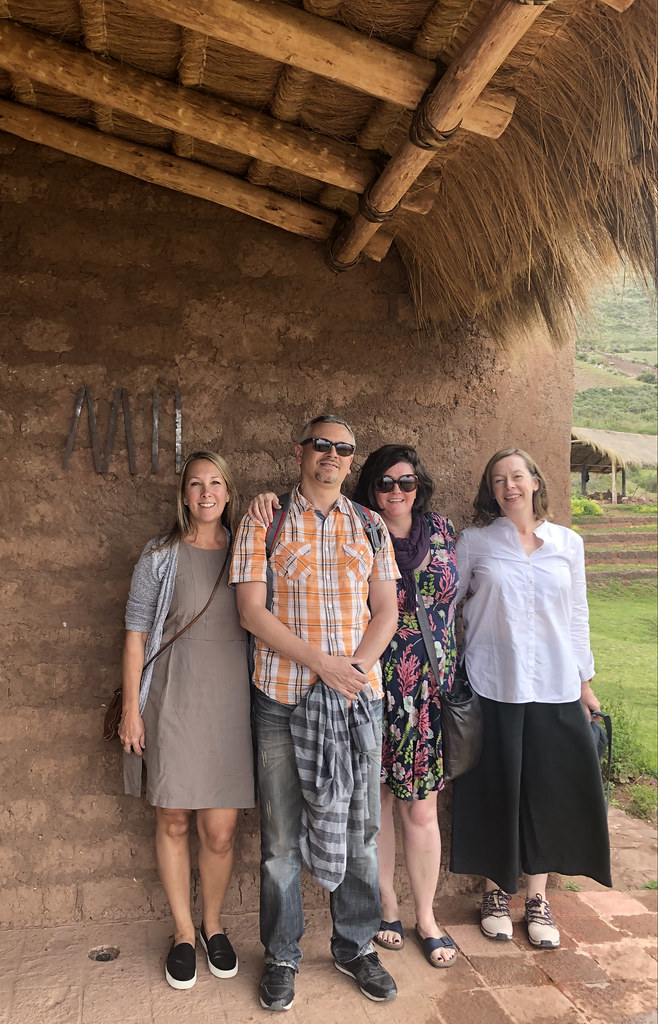 The restaurant is only open for lunch, and is at 11,700 feet altitude! We were led through the building and shown some of the experiments the restaurant is doing: working with chocolate & coffee beans, infusing plants (& fish!) in various alcohols, air drying meat & fruits, etc. It's all quite interesting! 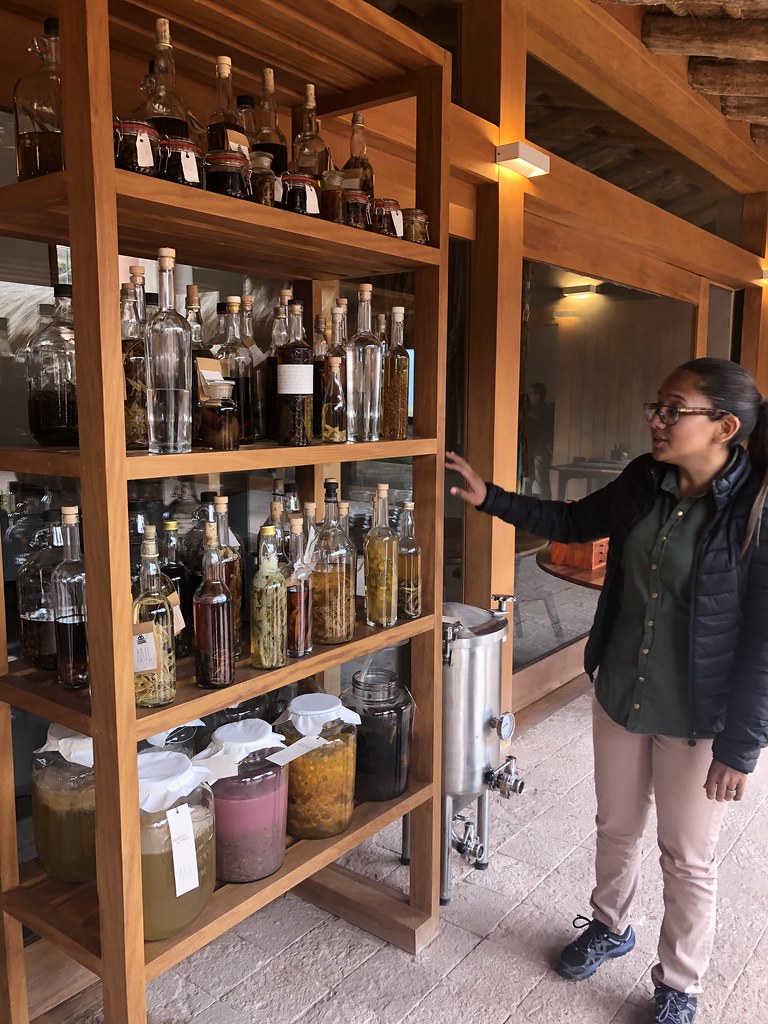 We were seated in one of two dining rooms, with high ceilings and stone walls. It was explained to us that there wasn't any heat or air conditioning in the dining room and the temperature at this altitude can swing widely, so we were offered blankets made of the softest baby alpaca wool. 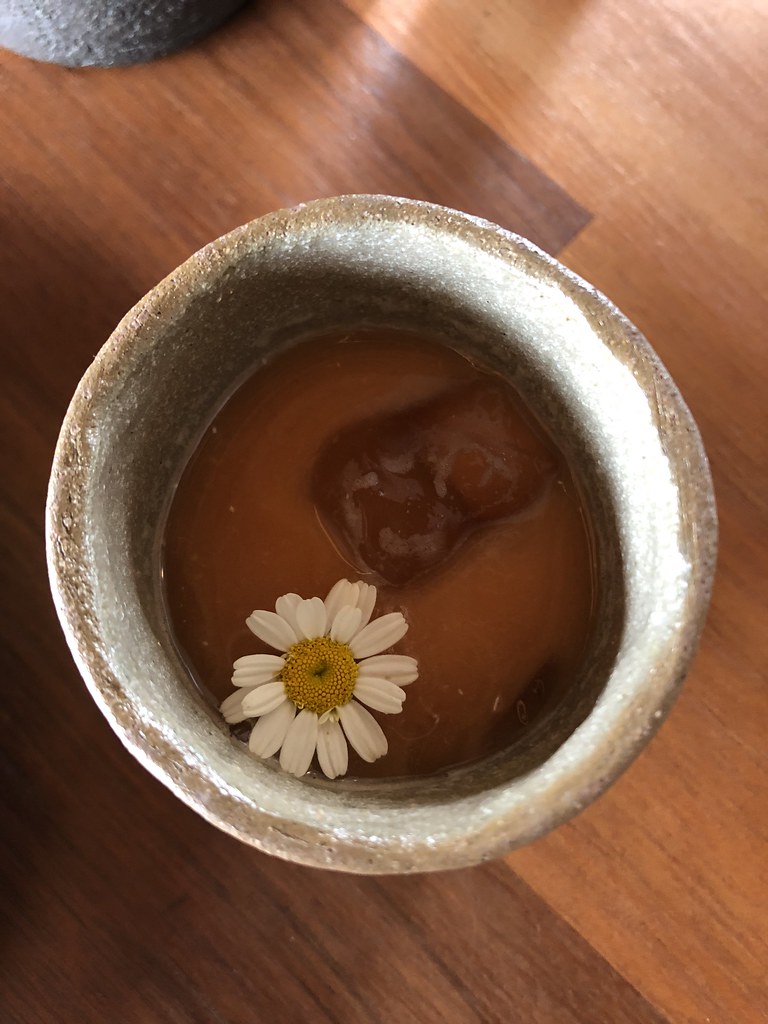 MIL only offers a set tasting menu which highlights Peruvian agriculture grown at different altitudes for $165USD. Forest and I chose the drink pairings, which consisted of some cocktails, beer, and wine for an additional $90USD. 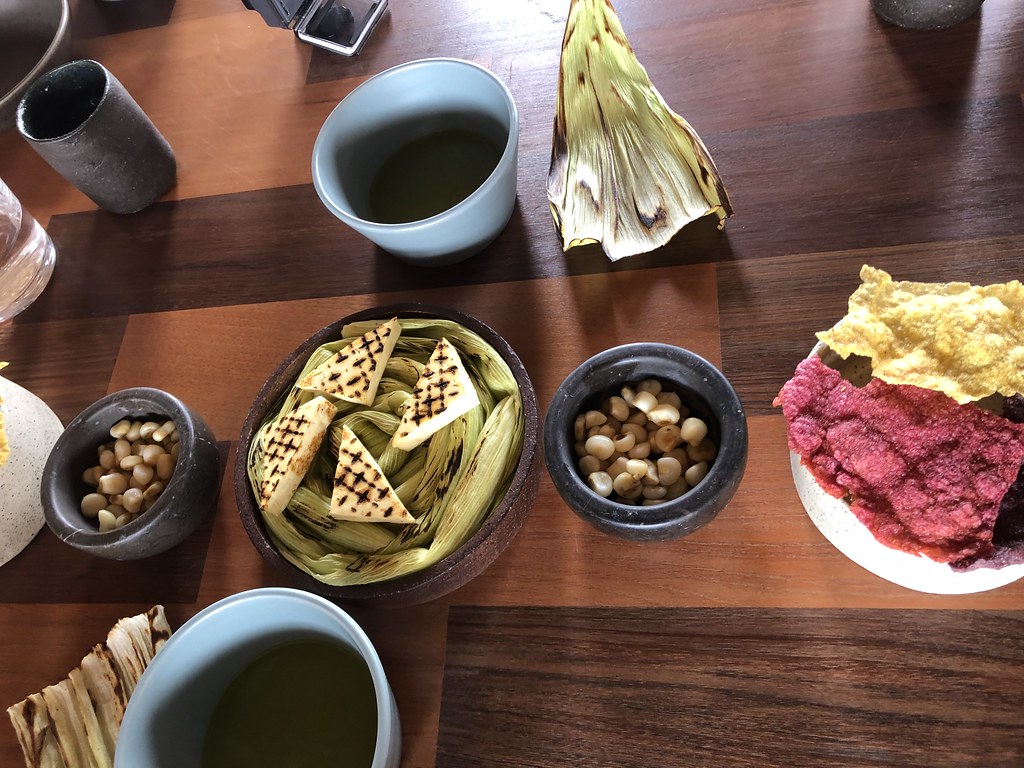 The food was all really good; most of the dishes came in "pieces" and we were instructed on how to create the perfect bites. The courses had interesting names like Andean Forest, Diversity of Corn, and Extreme Altitude to reflect the dishes theme. And the service was really exceptional, not to mention the atmosphere. 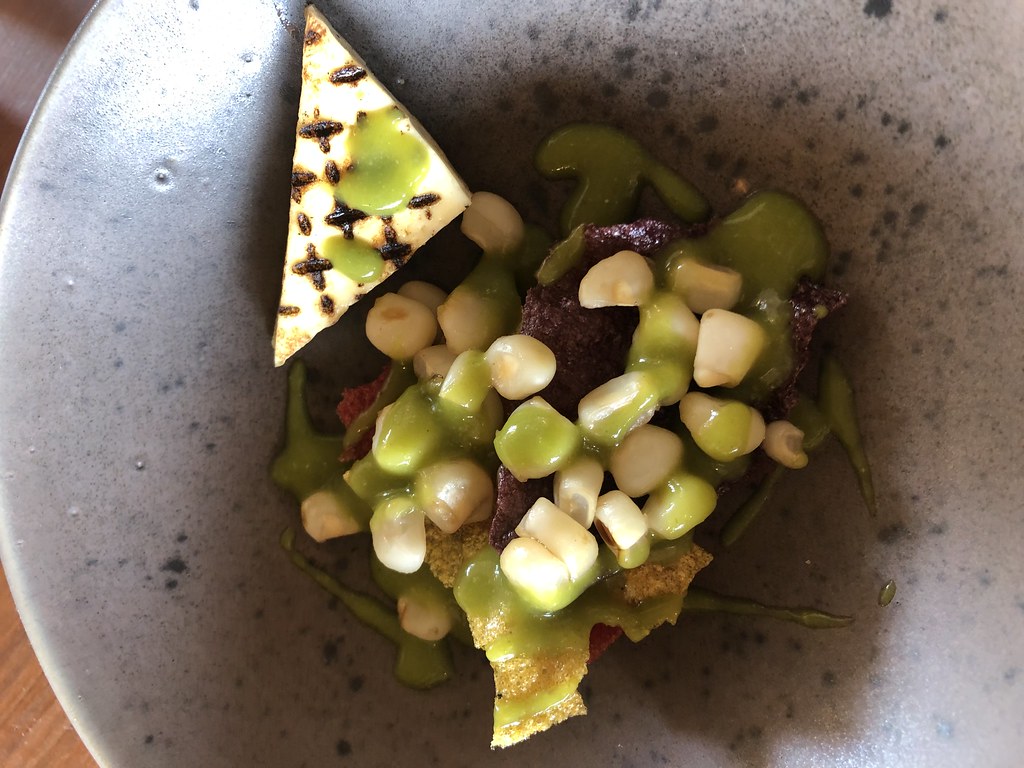 I didn't think the beverage pairings were that great however. A few of the cocktails were quite nice, one was so highly alcoholic that both of us had a hard to drinking it (now that is really saying something!), and the others were just fine. But nothing felt like it really went with the dish it was paired with. I'd probably do a cocktail starter and then just choose wine if I did it again. 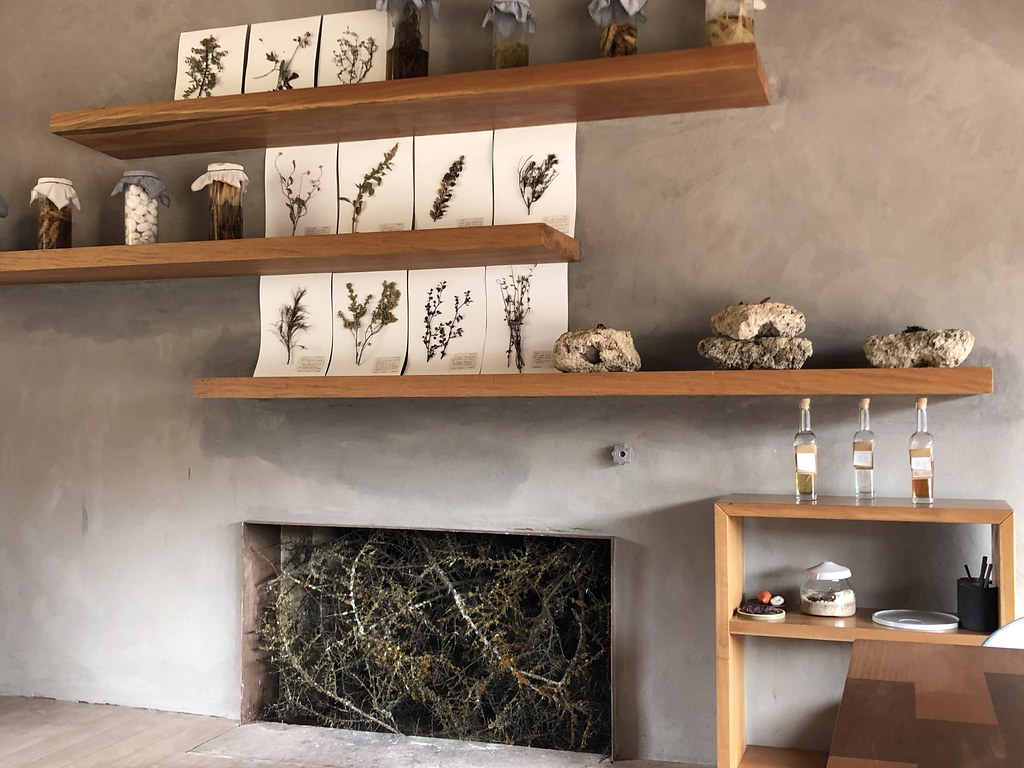 Also, as the altitude is so high , the staff offered to check our oxygen levels during the meal by coming around with a finger monitor. We were all fine but a gentleman in another party had to wear an oxygen mask for a bit!

The restaurant works with local farmers for the majority of their ingredients and even invites locals in to dine from time to time. It's a great community program and a very interesting idea. Forest wrote more about the restaurant and the program here. 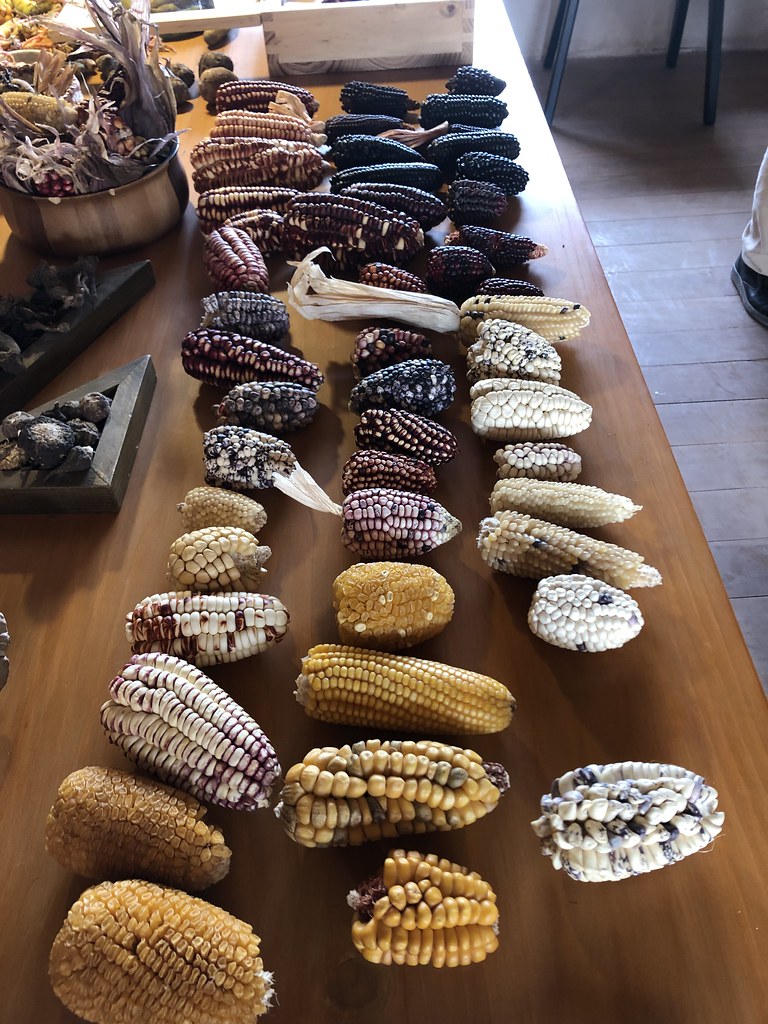 We visited the shop after lunch where they have more displays of grains, potatoes, and corn that have been being grown since the Incas farmed here. I also bought one of those incredibly soft blankets!

On our walk back to Moray's parking lot to find our taxi, we passed crops of potatoes on one side of the road and the Moray ruins on the other. It's quite a unique experience and one I would highly recommend.

It's not often you start your day exploring Inca ruins, then have lunch in a modern, high-end and expensive restaurant next to one, and then drive home past Peruvians herding their flocks. Lots of extremes, not even including the altitude! 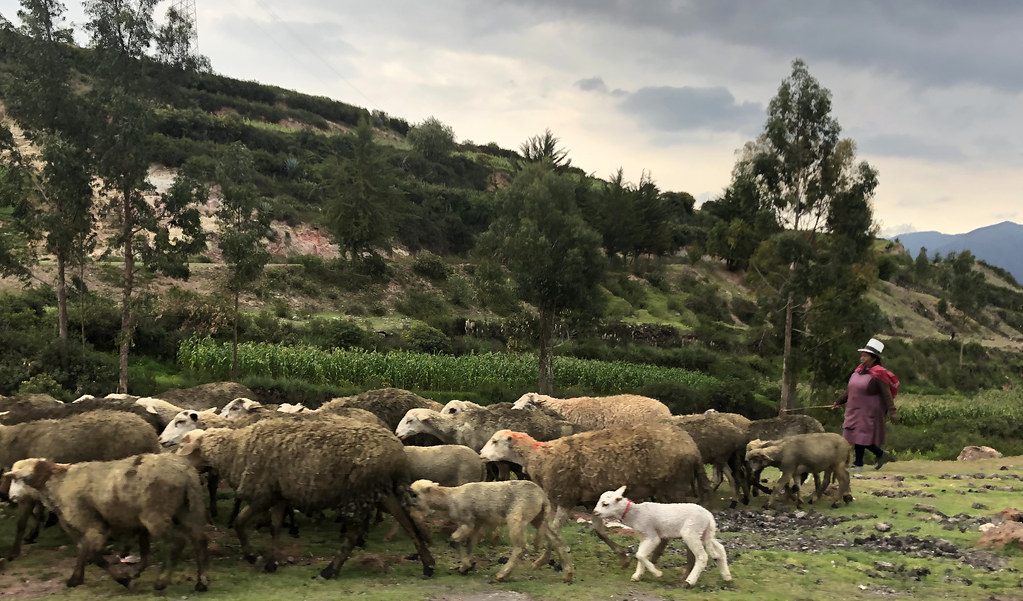 All photos from the Sacred Valley here.

Other posts from this trip:
24 Hours Miami
Lima City of Kings
Welcome to the Jungle
Piranhas and Pink Dolphins
Ringing in 2019 in the Amazon
The Sacred Valley of the Incas
Discovering Machu Picchu
Cusco Daytrip
Return to Lima
at May 04, 2019