On our last day in the Sacred Valley, we checked out of the Hotel Inti Nan in Urubamba and had a taxi driver take us to the Incan ruins of Sacsayhuaman. The ruins, which are also called Saksaywaman, are in the hills behind Cusco, and were the largest fortress ever built by the Incas. 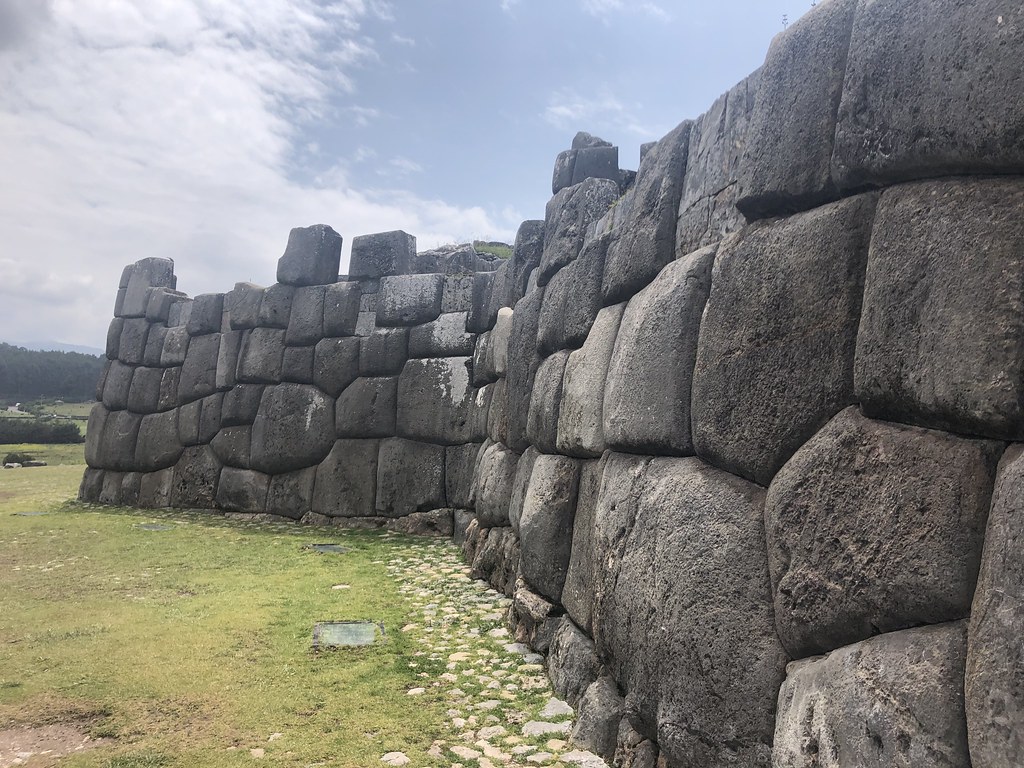 The fortress sits at 11,864 feet altitude and offers great views down onto Cusco. But the real reason to explore here is to marvel at the giant boulders which were hoisted to build the 60 feet high walls! There are also herds of cute alpaca :)

When we finished we had him drop us off at the Hotel Plaza des Armas which sits right on the main square in Cusco. The hotel nicely stored our bags for the day and we headed upstairs to their cafe for a coffee. 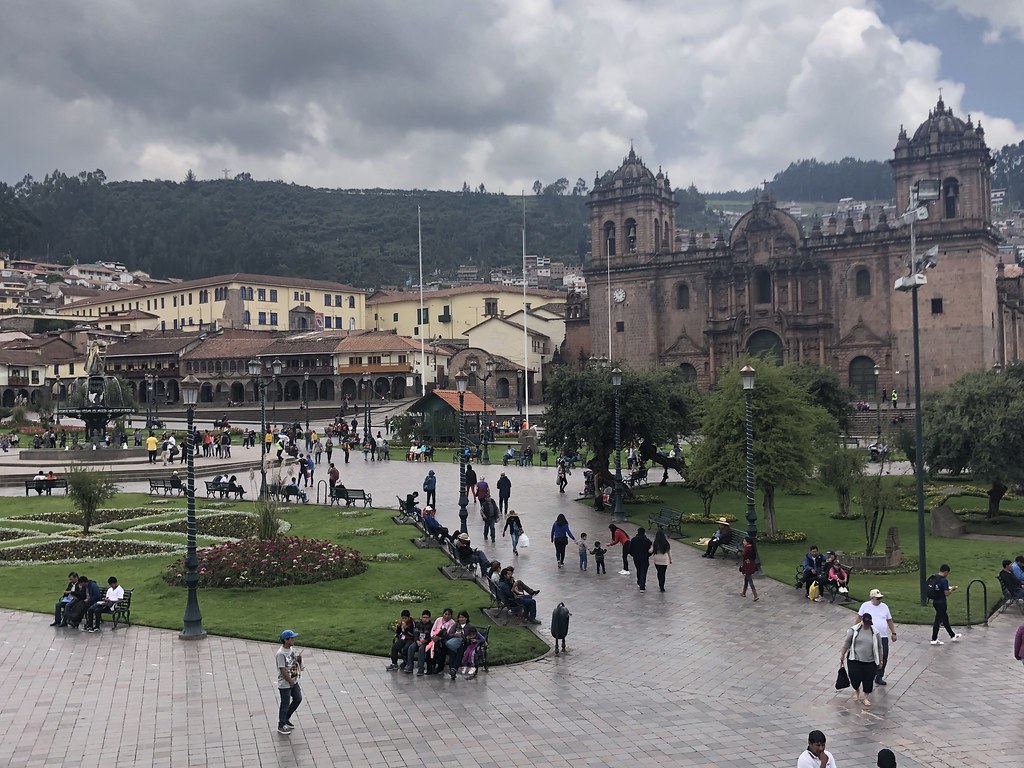 Cusco is beautiful! And it's down at a mere 11,152 feet in elevation. ha! The city is bustling with business people, locals in traditional village costumes, and tourists. And it is very easy to walk around. 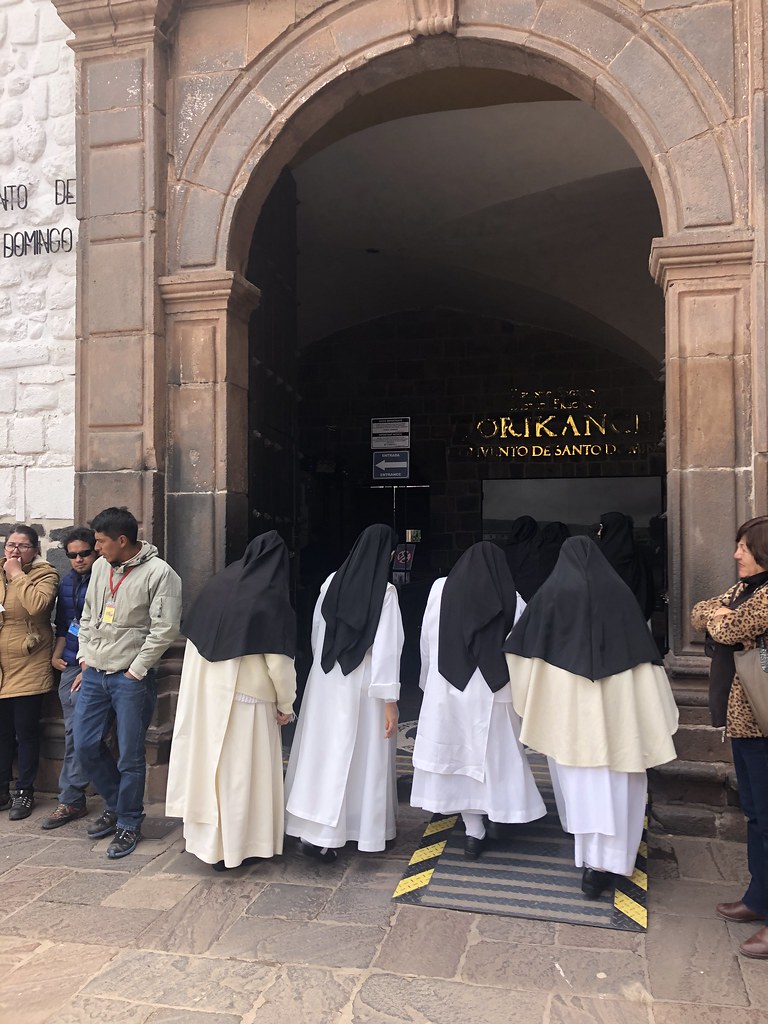 Our first stop was to Qorikancha. This Inca temple was built in approximately 1438 and contained the Temple of the Sun, the most important temple in the Inca religion. 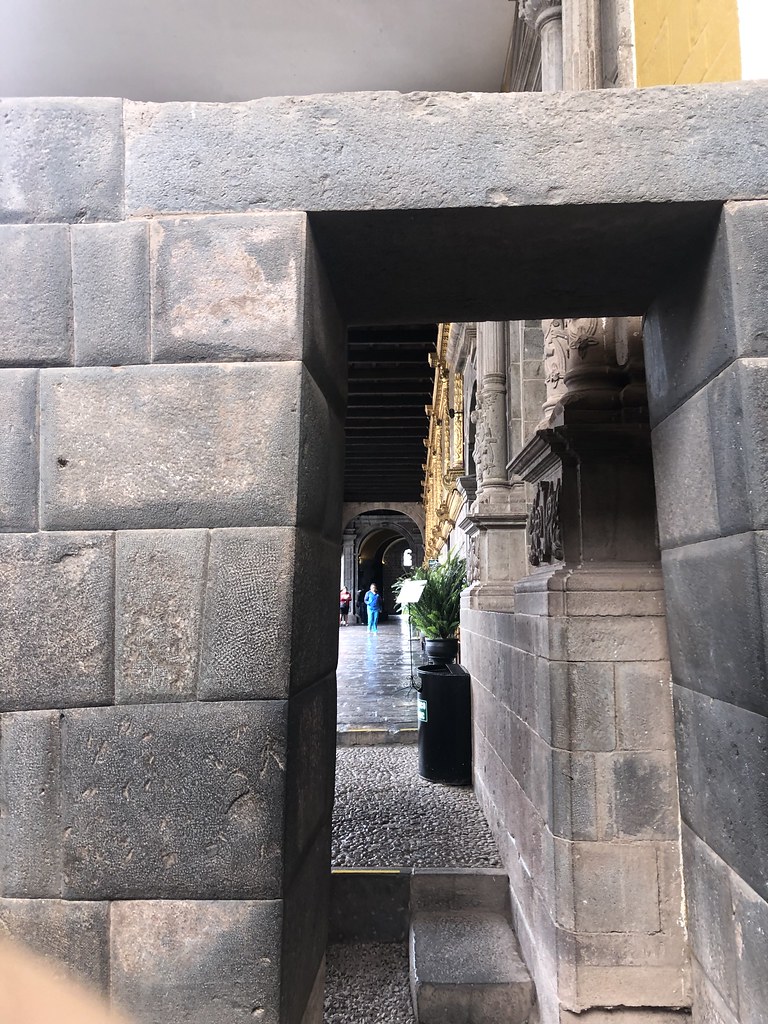 After the Spanish conquered the Incas, they built the church of Santo Domingo right on top of the temple in approximately 1680. That is some F-U! It also makes for a very interesting site! 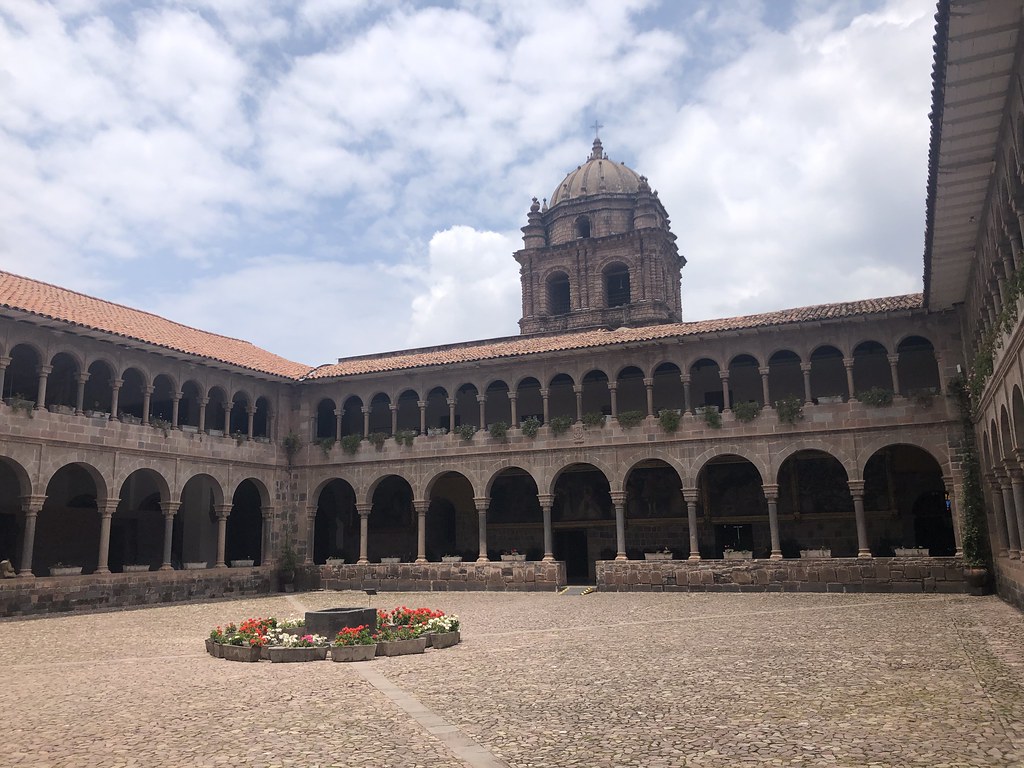 Unfortunately all the sacred gold items were taken by the Spanish and melted down. What a huge loss!

Besides the Incan ruins and the cathedral, the 2nd floor houses an art exhibit which is interesting to wander through. 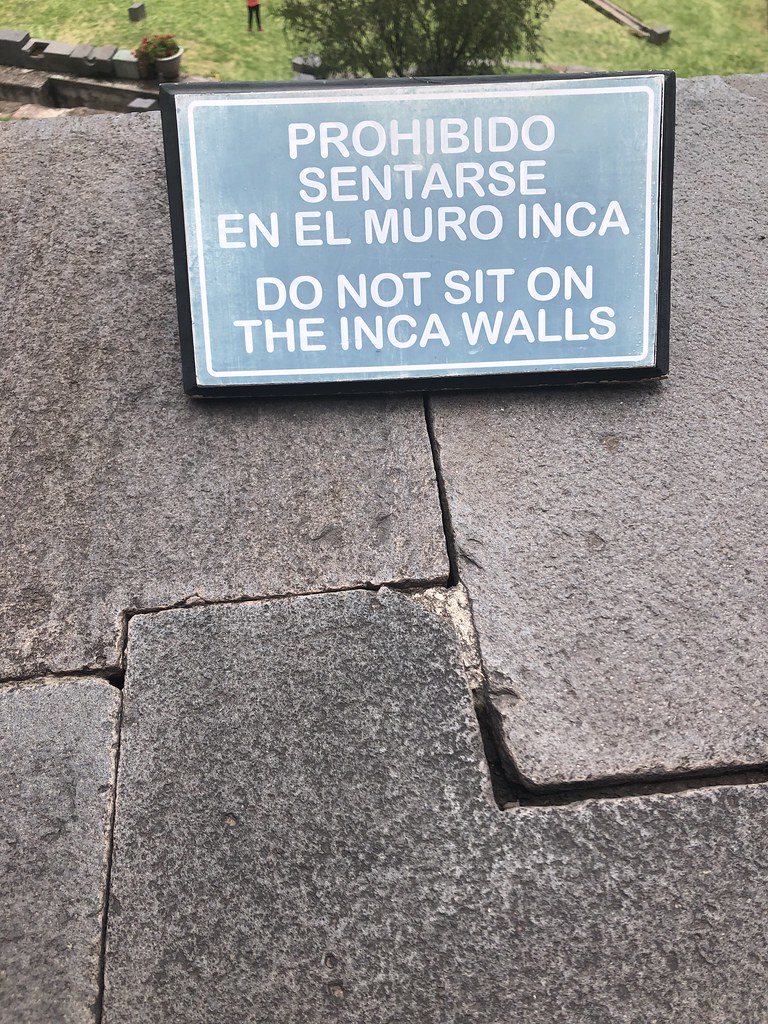 From here we walked to the San Pedro market in the central district. We could tell we were getting close when we started passing women, many in traditional dress, selling all sorts of things. There were wheelbarrows of watermelon, dragon fruit & prickly pear, food carts with fresh juice, or boiled quail eggs, piles of fresh herbs (which are used by Shamen), and blocks of cheese. 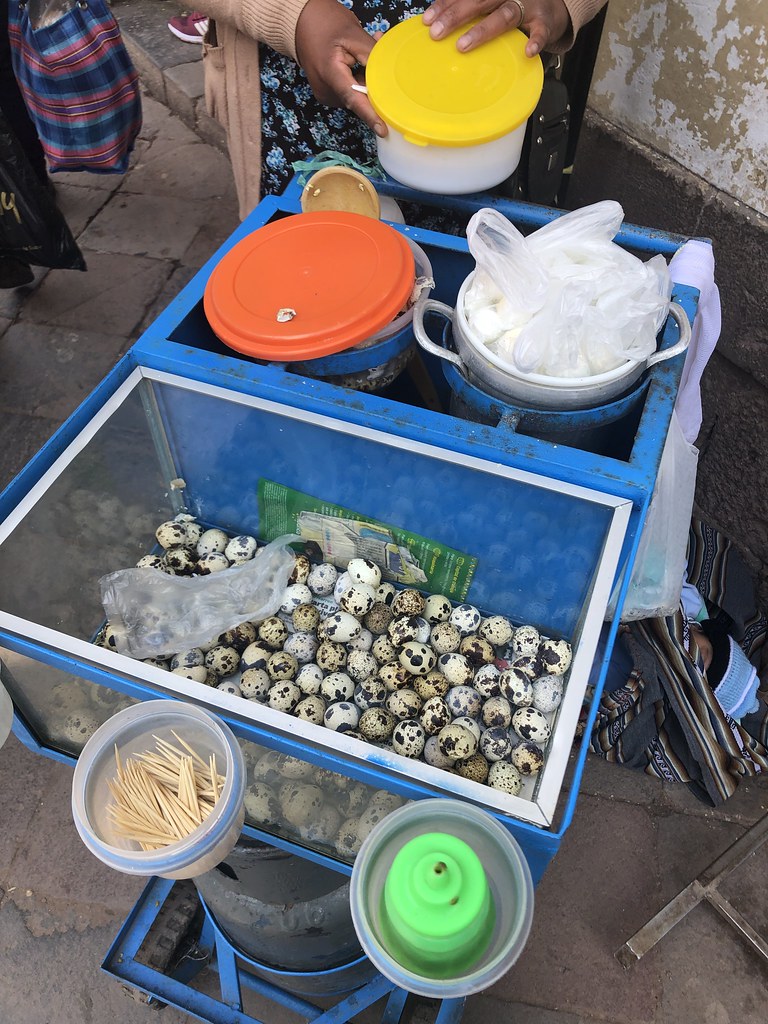 Once inside the large open market, my senses were assaulted with delicious smells. I would have loved to sit down at one of the stands, crowded with locals having lunch. But we had other lunch plans so we wandered the aisles checking out the many unique offerings! 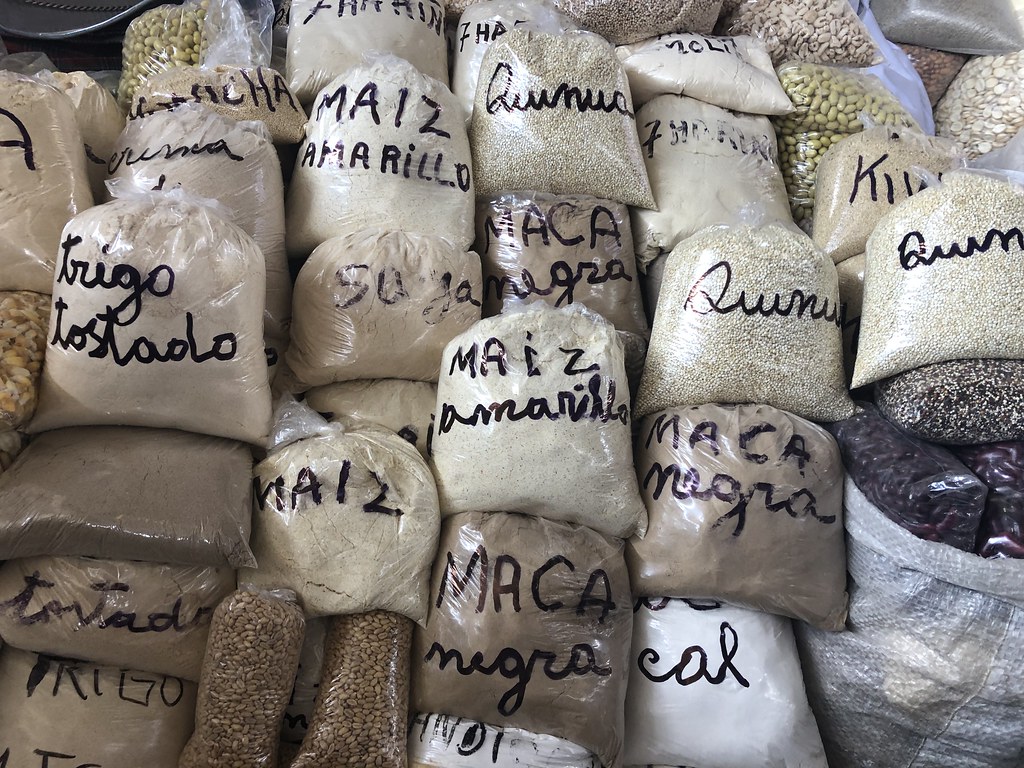 Each aisle had multiple stalls selling similar items. All the bread products were in one, rows and rows of potatoes and tubers down another, and tables piled high with grains and rice. 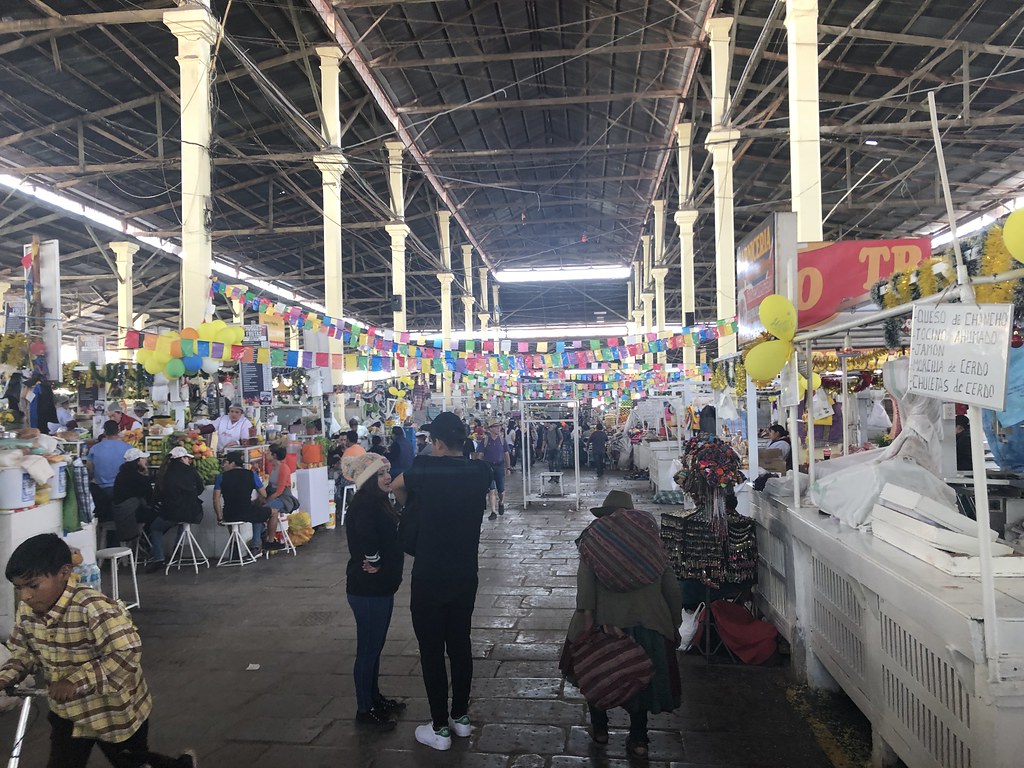 There were butchers, and fishmongers, and lots of stalls which we had no idea what it was they were selling! It's a great market to wander thru, just don't go hungry as we did!

We made our way back to the Plaza des Armas and found the restaurant Rucula which had been recommended by a friend of Forest's. It's a bit hard to find, up a tiny cobblestone side street, but serves both lunch and dinner and happens to be very vegetarian friendly. 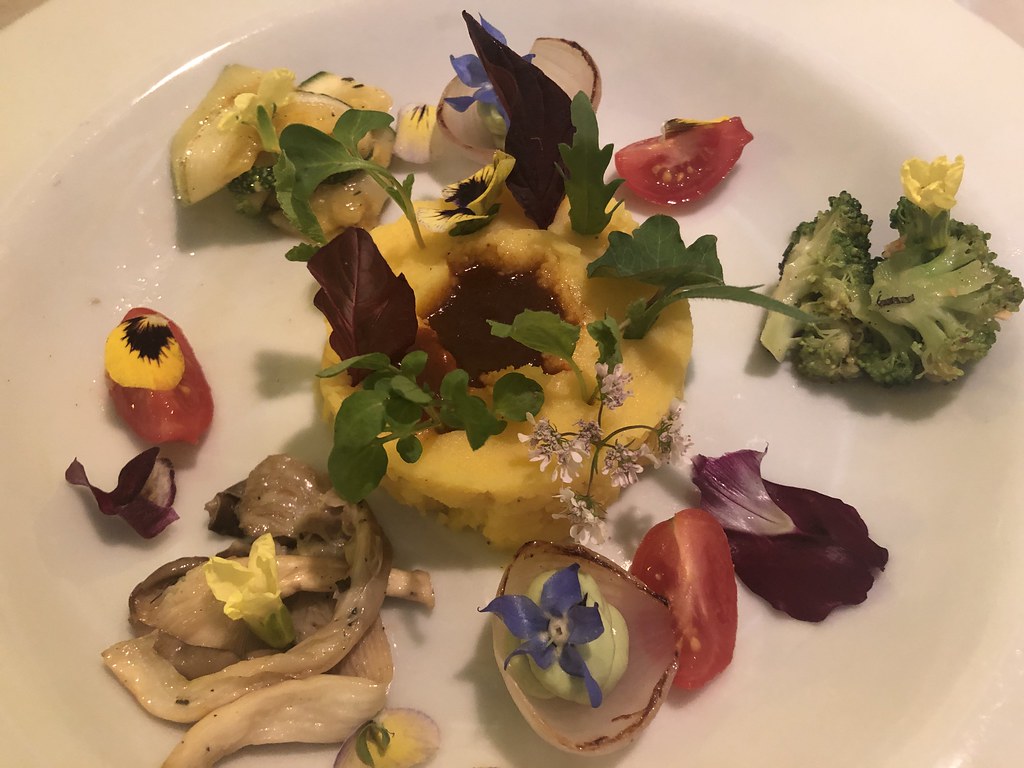 I had their take on the traditional Peruvian dish causa, which is a cold, layered mashed potato dish usually with tuna or chicken. It was very good and very pretty. In fact everything in the restaurant is garnished heavily with flowers and herbs, including our pisco sours!

The others decided they wanted to finish the afternoon at the restaurant over some cold beverages, but I really wanted to check out the cathedral in the square. The church is the oldest in Cusco and has the most amazing gold alter I've ever seen! 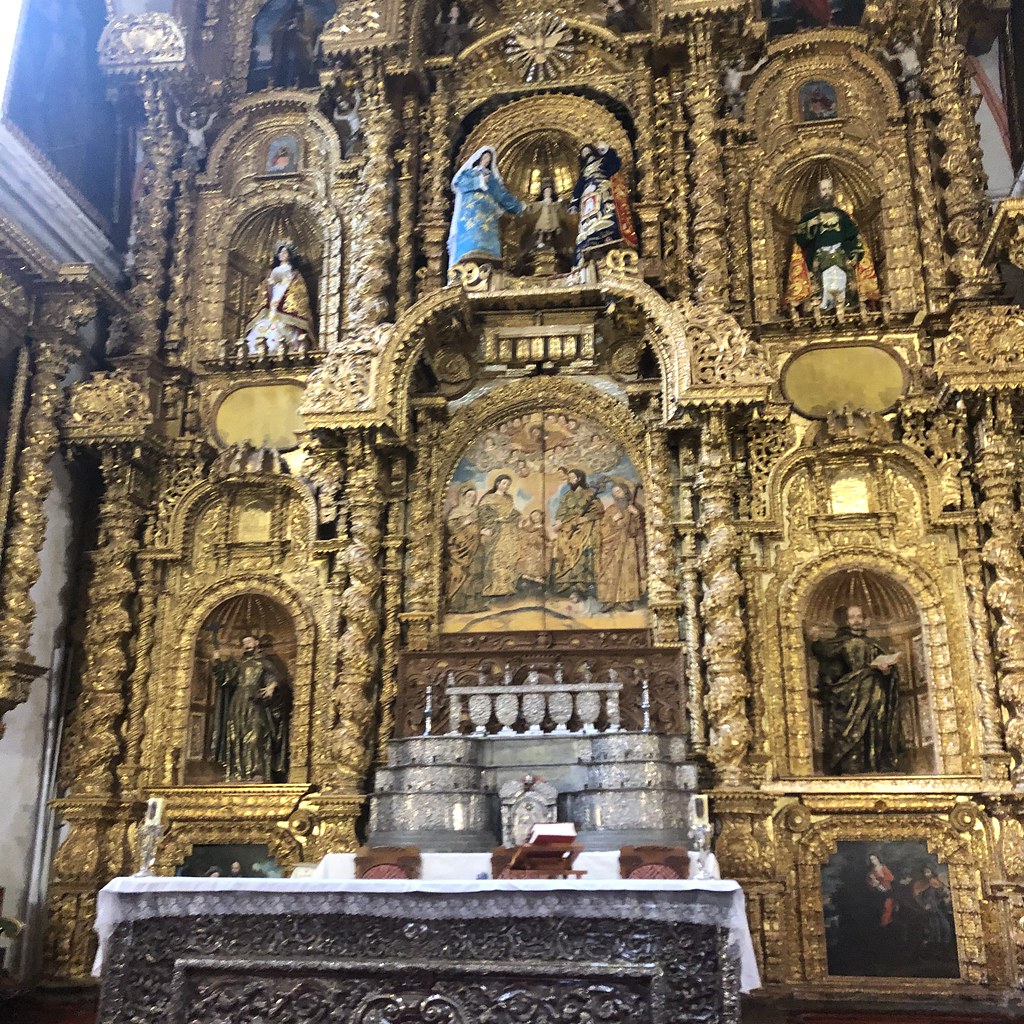 In here there is a painting of The Last Supper  with a roast cuy (guinea pig) as the main course! 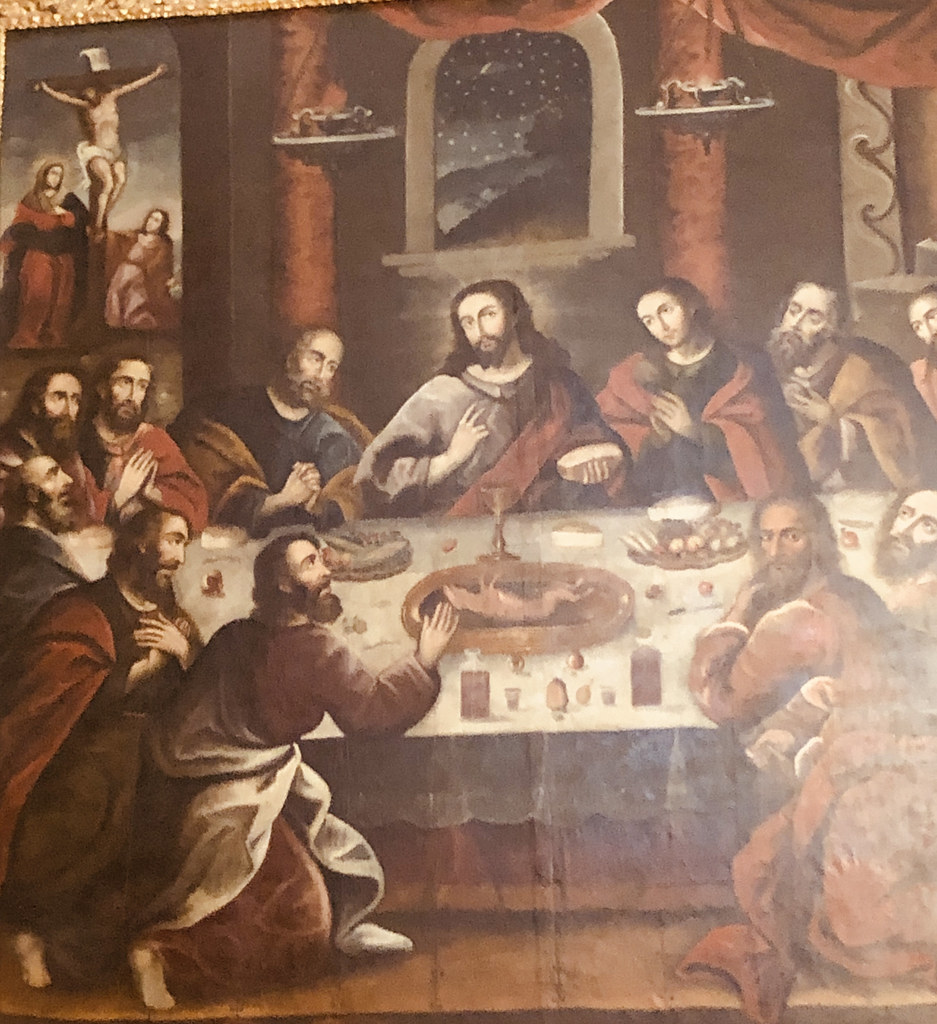 Photos are strictly prohibited in the church so I had to hide my phone under my guidebook and shoot blind while pretending to read. Someone finally caught me and I was sternly reprimanded!

I had to meet the others back at the hotel, as we were leaving for the airport, so I didn't have time to go into the other church on the square. I also couldn't find a postcard anywhere near the square! Now that's a first. 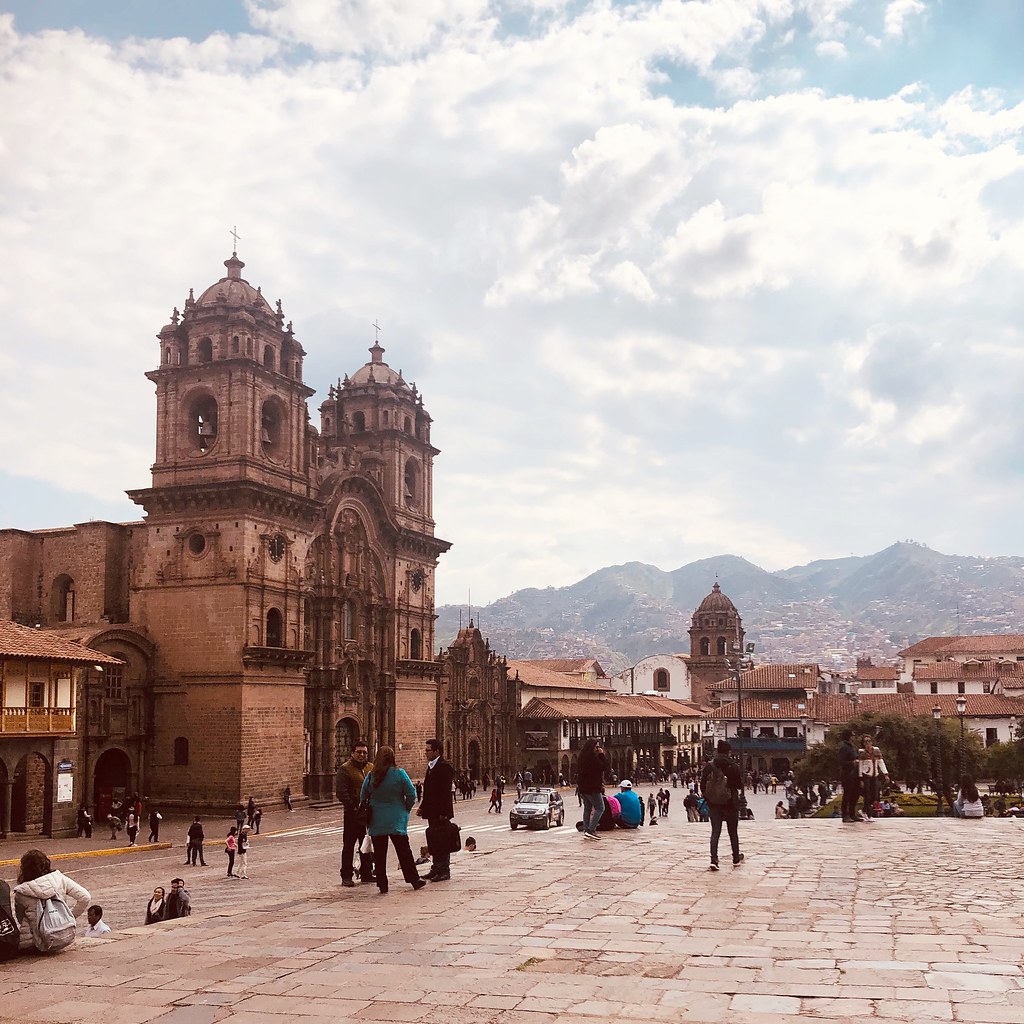 It was a great day spent in the former capital of the Inca Empire!

All photos of Cusco here.

Other posts from this trip:
24 Hours Miami
Lima City of Kings
Welcome to the Jungle
Piranhas and Pink Dolphins
Ringing in 2019 in the Amazon
The Sacred Valley of the Incas
Discovering Machu Picchu
Dining at 11700 Feet
Return to Lima
at May 13, 2019