Thursday June 21, 2017 was summer solstice, the longest day of the year. I've always been a bit enamored by this day as my birthday typically takes place on the winter solstice and when I was a kid I thought it literally was a shorter day than the others. 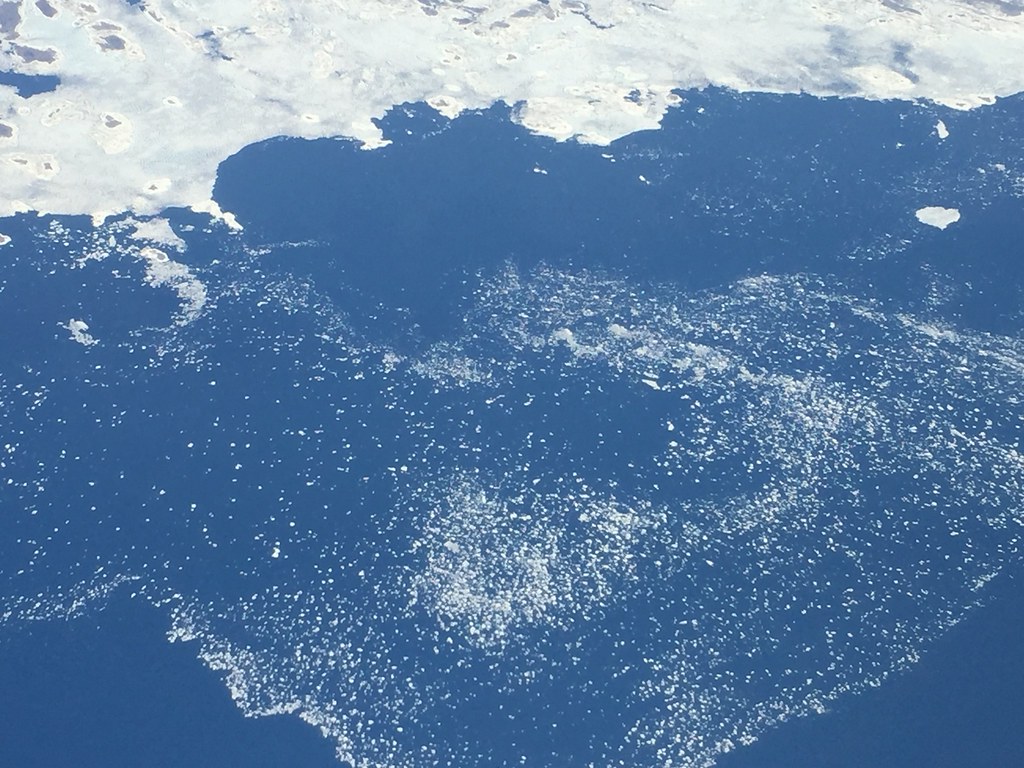 I've also long been curious about white nights or midnight sun; regions of the world where it stays light long into the night during summer. Seattle even stays light until almost 10pm on that day (if it's clear out!).

Add to the things I'm currently slightly obsessed with- Scandinavia! So what better plan than to fly on the summer solstice to someplace that has midnight sun and is celebrating a pagan holiday! I was on my way to Sweden! 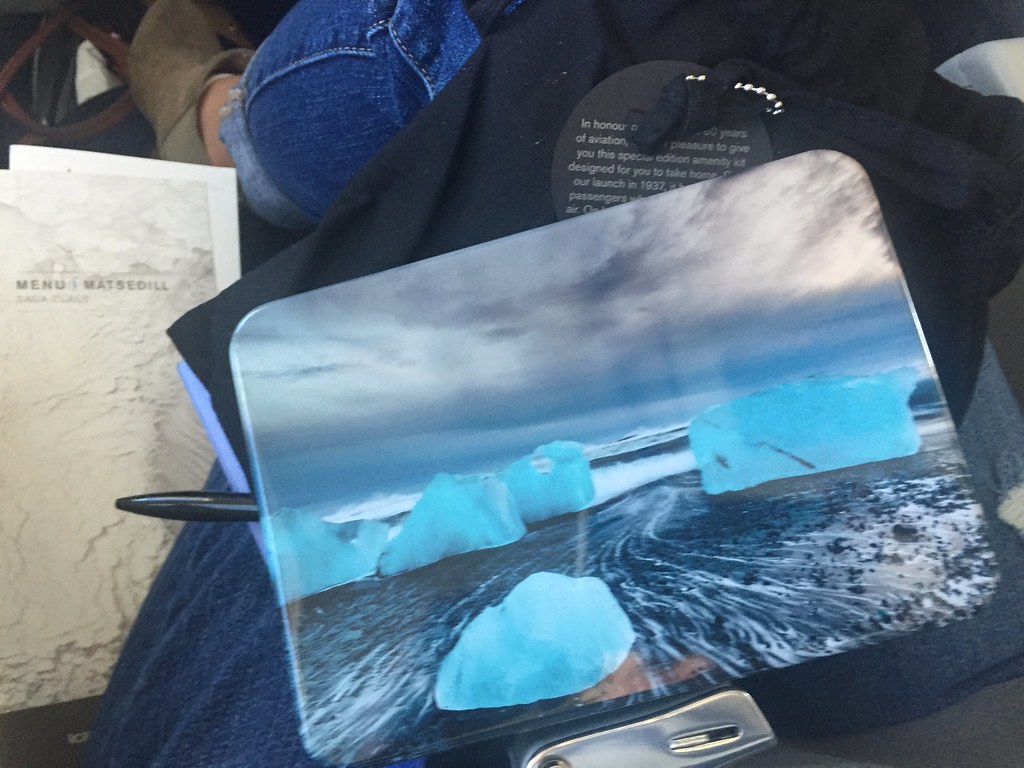 I took advantage of an IcelandAir sale and bought a Saga Class seat from Seattle to Stockholm. I've flown Saga Class before, it's like Alaska First Class and is quite nice (no lay flat bed but also 1/2 the price!). I had access to the First Class lounge at SeaTac, free wifi, a nice pillow, comforter, cute little tin of Blue Lagoon Spa products, great food from Iceland's Bocuse d'Or winning chef Viktor Orn Andrésson, and a footrest. I have to say, give me a footrest and I'm pretty much happy anywhere!

The flight was gorgeous, so many icebergs! This picture was taken near Greenland. 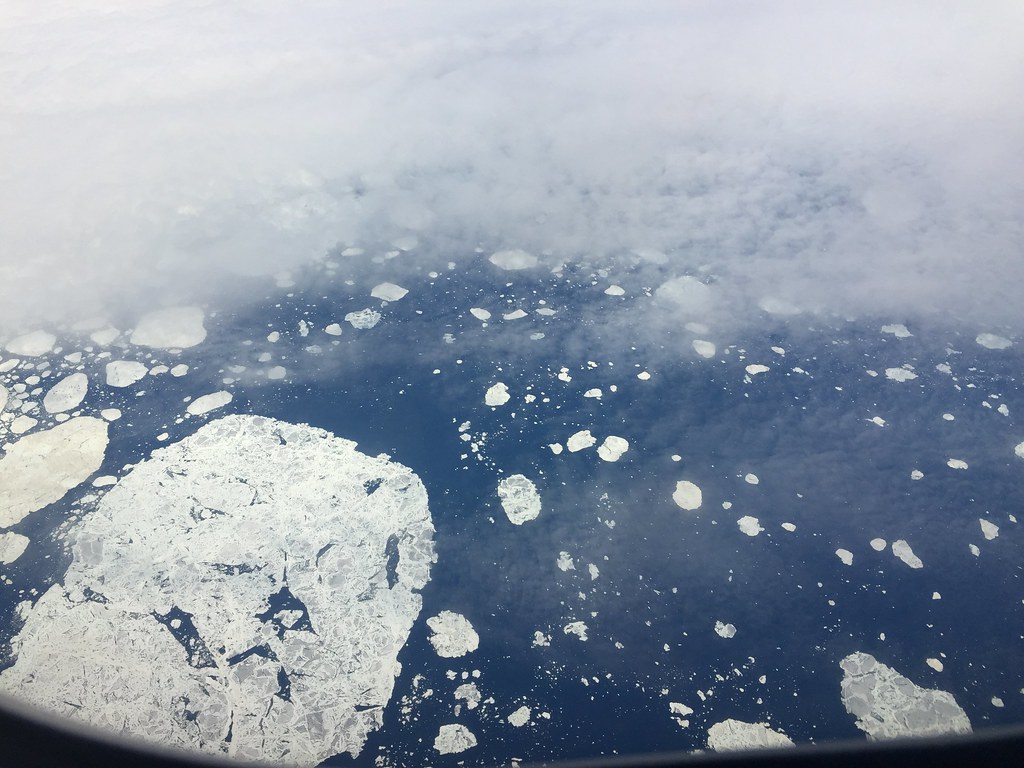 I had a 2-hour layover in Iceland, landing at 11:30pm, the sun set at 12:30am! I hung out in the Iceland Air lounge and had some champagne marveling at how light it was out. It was cloudy, so it wasn't as dramatic as I'd see in the next few days, but it was so cool! 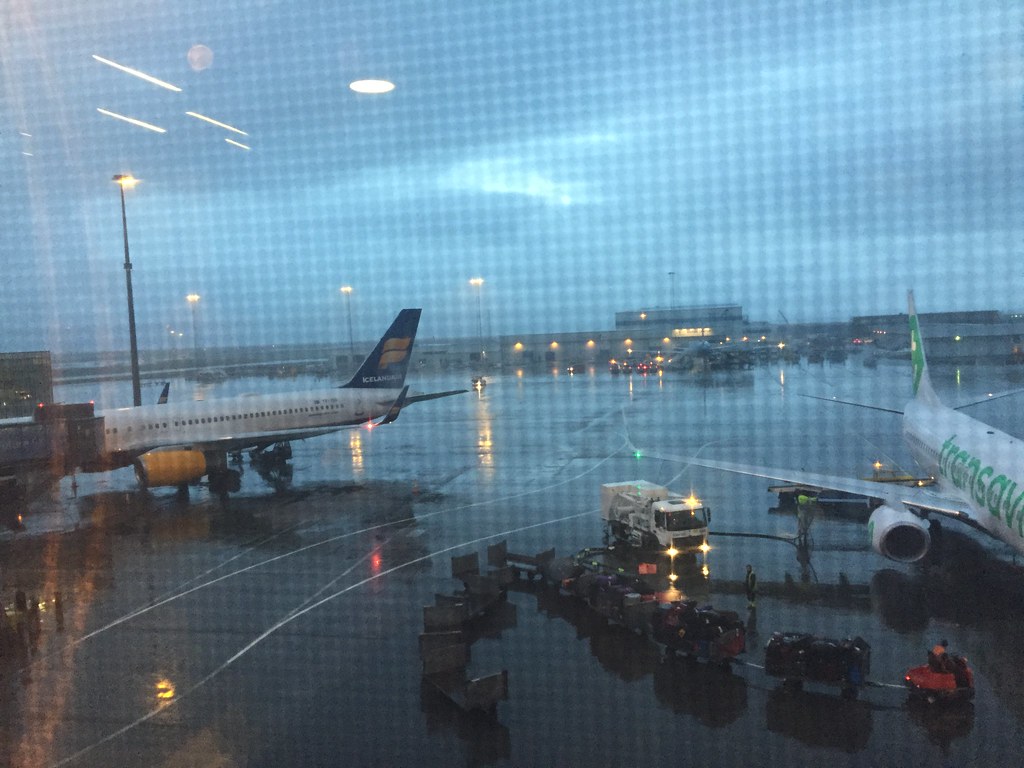 I had a delicious meal of smoked salmon, pickled herring, shrimp salad, with dark bread and butter on my next flight to Stockholm. I absolutely love Scandinavian food! All went perfectly with the complimentary champagne. 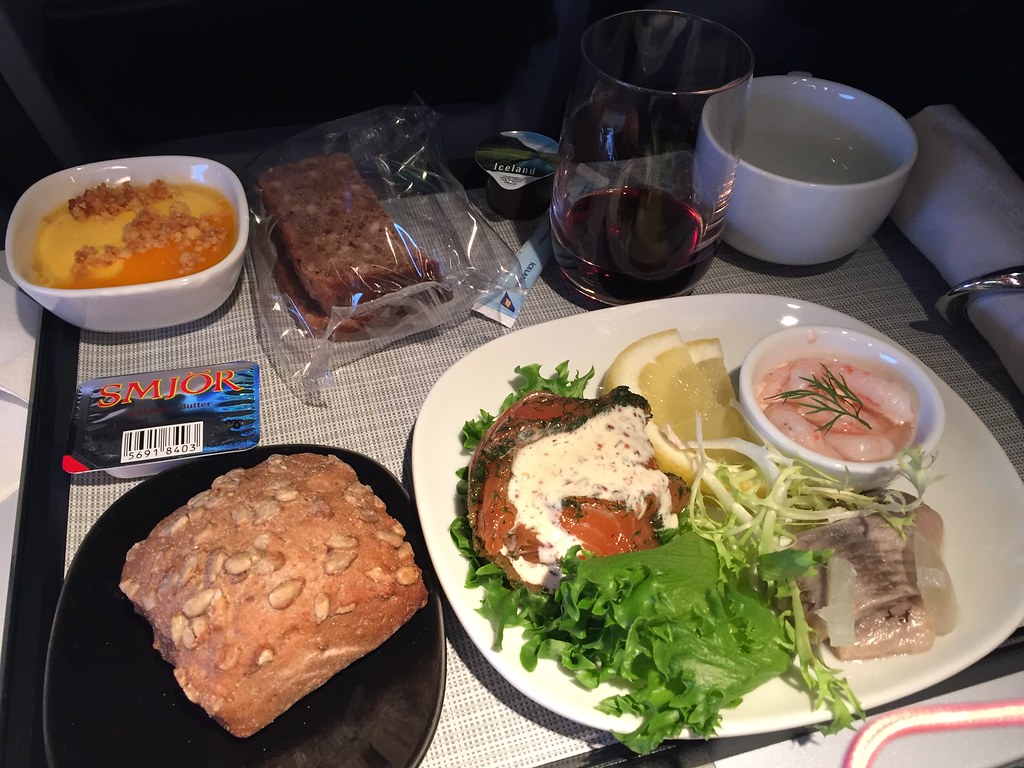 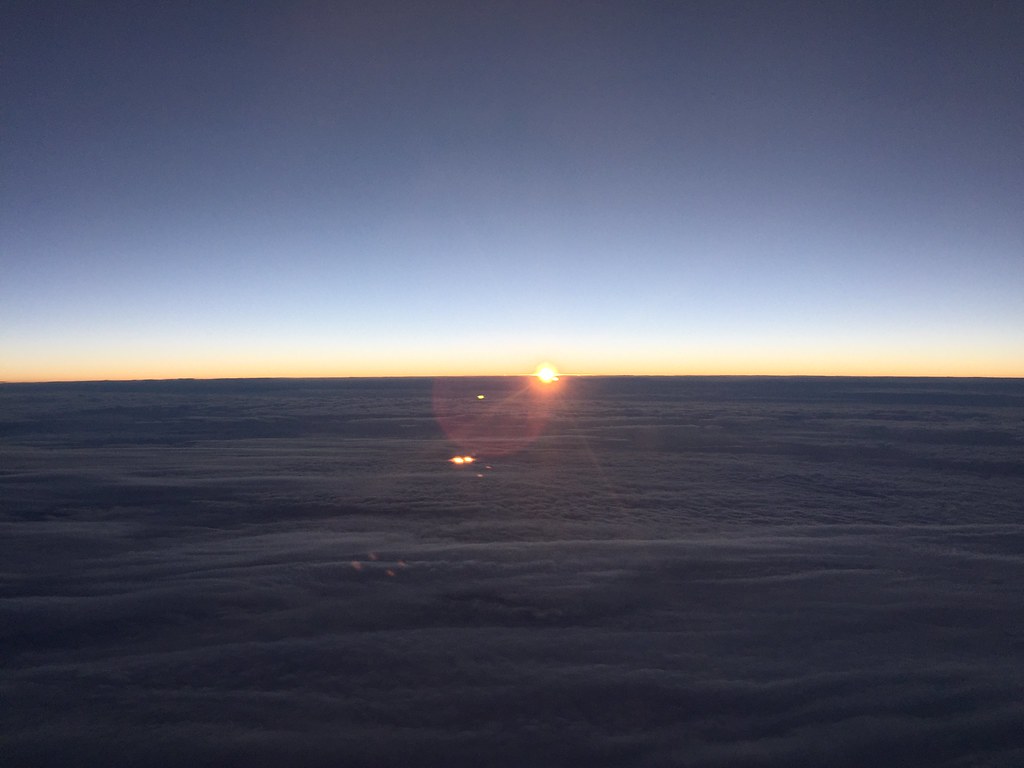 I left Seattle at 9:15am on June 21st and landed in Stockholm at 6am on June 22nd and it was daylight THE ENTIRE TIME!!! I know that not everyone could give one fuck about that but I was thrilled! 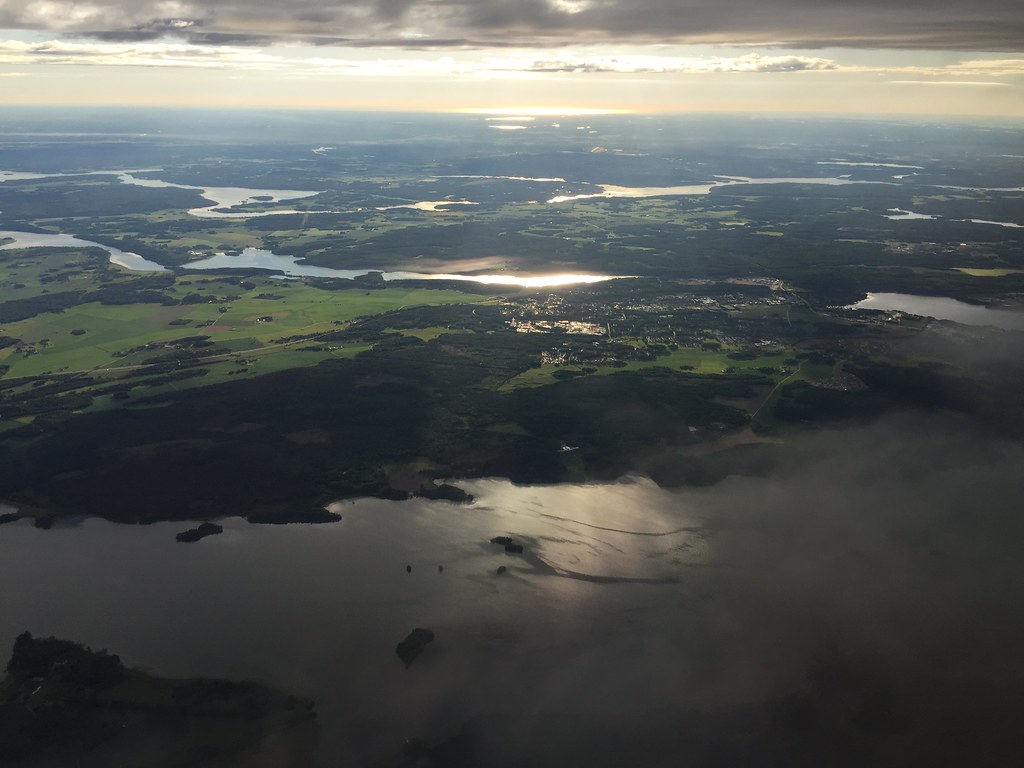 Other posts from this trip:
My Midsummer Dream
30,000 Islands & Counting
Iceland Stopover