I was heading to Copenhagen to meet my Europe girlfriends for some fun. I had been wanting to visit this city for years, I was so excited!

I flew from Seattle via Paris, a few hour layover gave me time to do some relaxing duty-free shopping. Once I arrived in Copenhagen I took the train from the airport to the Central Station which took all of 15 mins and cost about $6. From the station I had a 10-minute walk to the Hotel Alexandra. 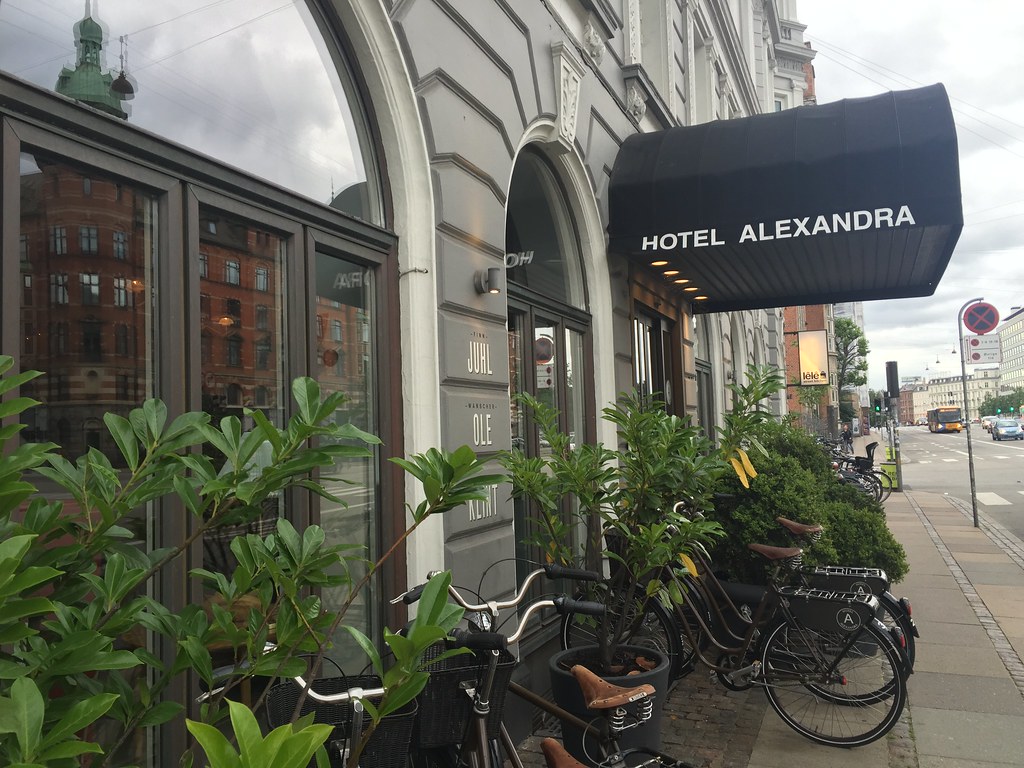 I was arriving a full day before my friends to shake off the jet lag, since they would all be only 1 hour ahead of their normal time zone. I had picked this absolutely adorable hotel, completely furnished with Danish design, for immediate immersion. My room was a small single, but it was lovely. And I don't know if it was my jet lag or the linens, but as I grabbed a nap I thought it was one of the most comfortable beds I have slept in!

On my first evening I called an Uber (the hotel concierge told me they were illegal at the time as the city's cab companies were fighting them but they were still available) and had him take me to the water bus stop on one of the harbor canals. It was a very interesting Uber ride as he was deaf and I didn't have the exact location mapped. We finally arrived and I saw that the water bus only came once an hour. And it had just come. It was next to the very cool Royal Library though so I counted this as my first sightseeing. 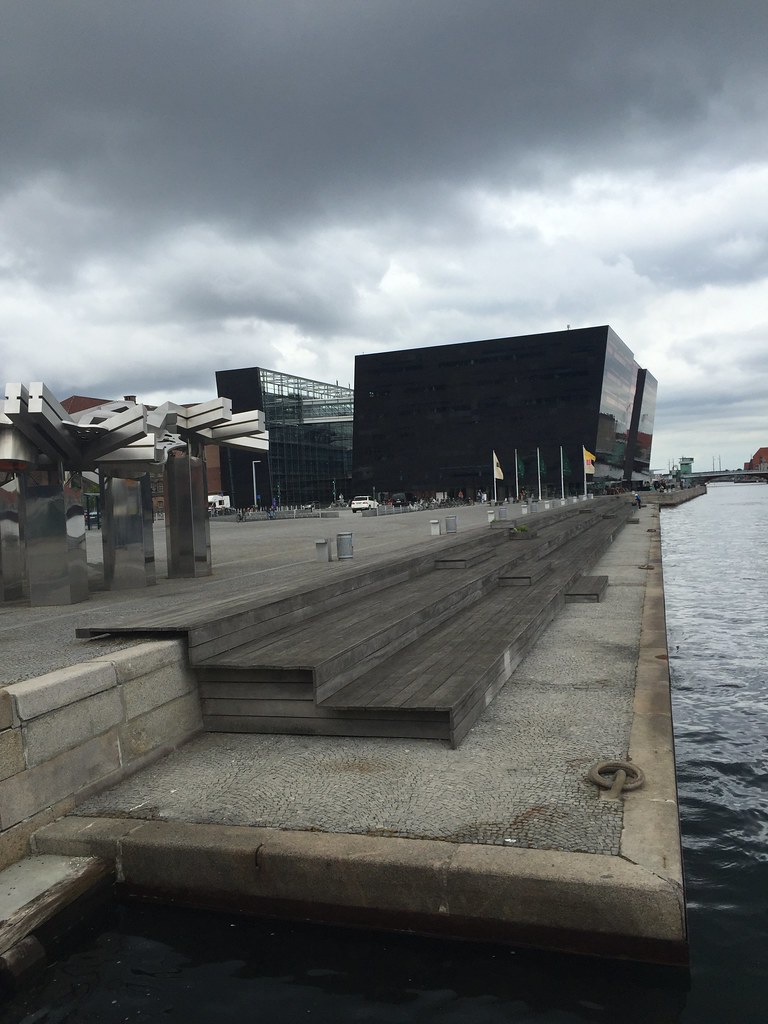 Since my plans for the night involved hopefully snagging one of the non-reserve seats at Amass, I didn't feel like I could wait an hour. So I called another Uber and $15 later I arrived at this strange industrial space in the middle of a field.

I made my way downstairs to the dining room was very happy to be told there was a seat at the window table, a counter with a few VERY high chairs which looked out onto the field. On this evening there was a hippy yoga exhibit going on, with the participants camping out and having a communal dinner. It felt a bit weird to be having such a beautiful 7-course meal with wine pairings while yogis were outside washing their Tupperware out with a garden hose! 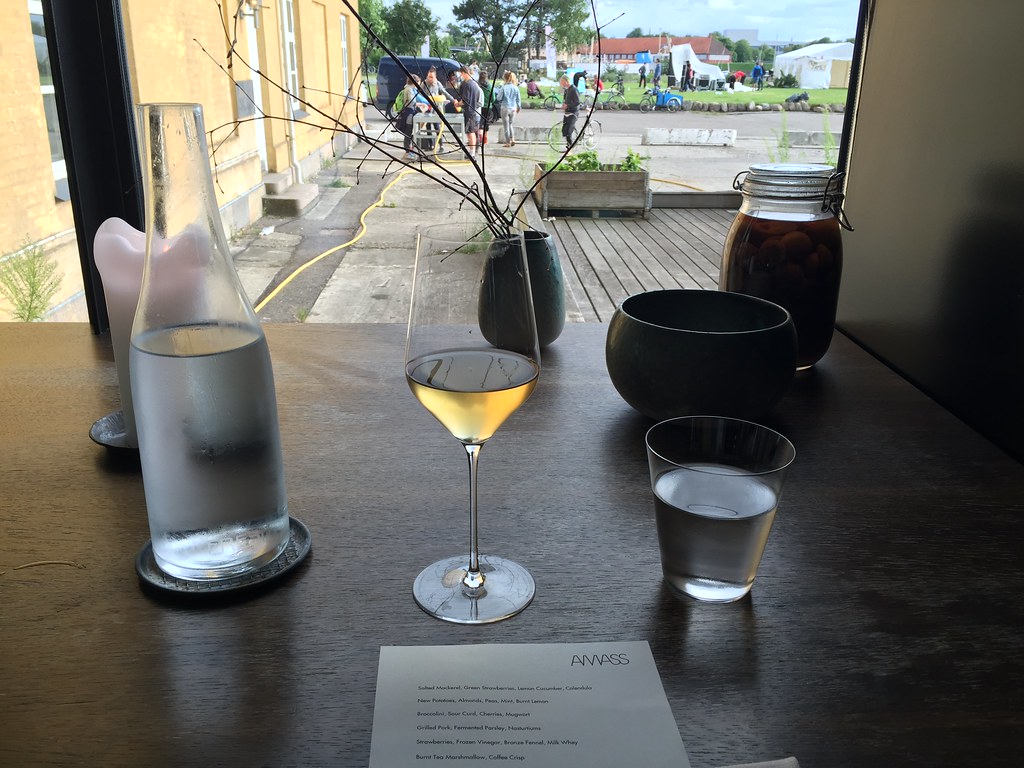 This was one of my favorite meals of the trip and I would tell anyone going to Copenhagen to book a table here. Chef Matt Orlando worked at Per Se and has brought a very unique style to Denmark. The dishes were incredible, and beautiful, and were mainly vegetables with only one fish course and one pork course. Each was paired with a natural wine, it's quite the rage all over the city, and a few of the wines were misses in my opinion. But the dishes were all hits! 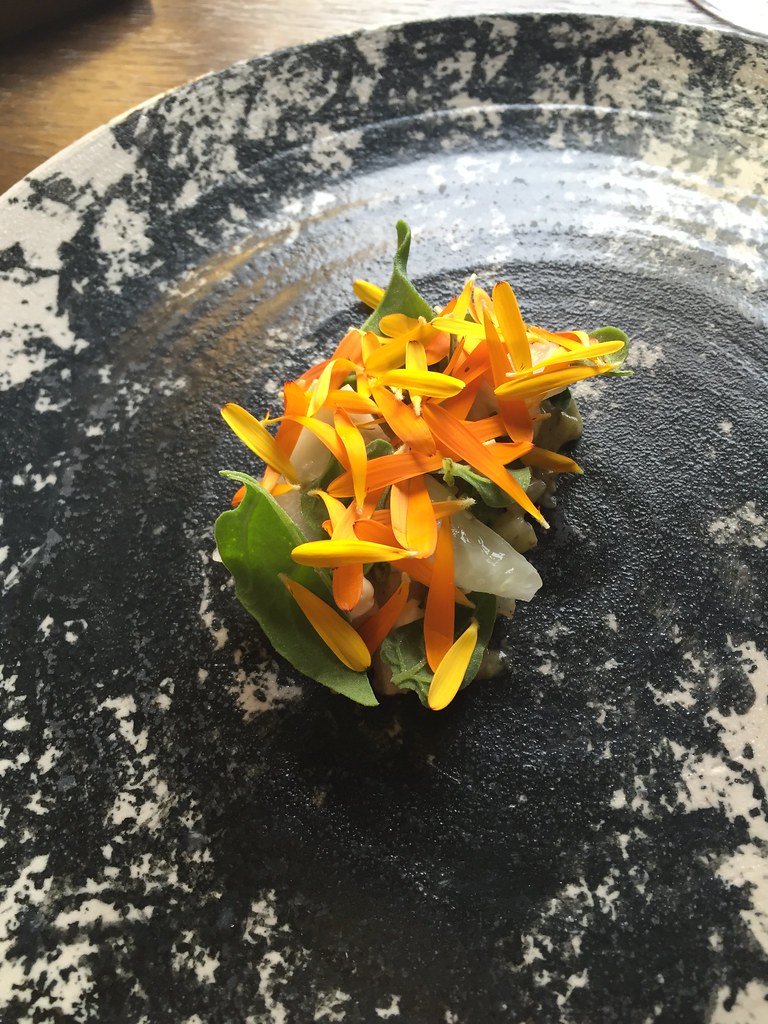 Midway through my meal, right before sunset, the waiter invited me to take a walk out in their gardens. Lovely raised beds full of vegetables, with views of the canals, and picnic tables for outside lunches. The evening was just beautiful! 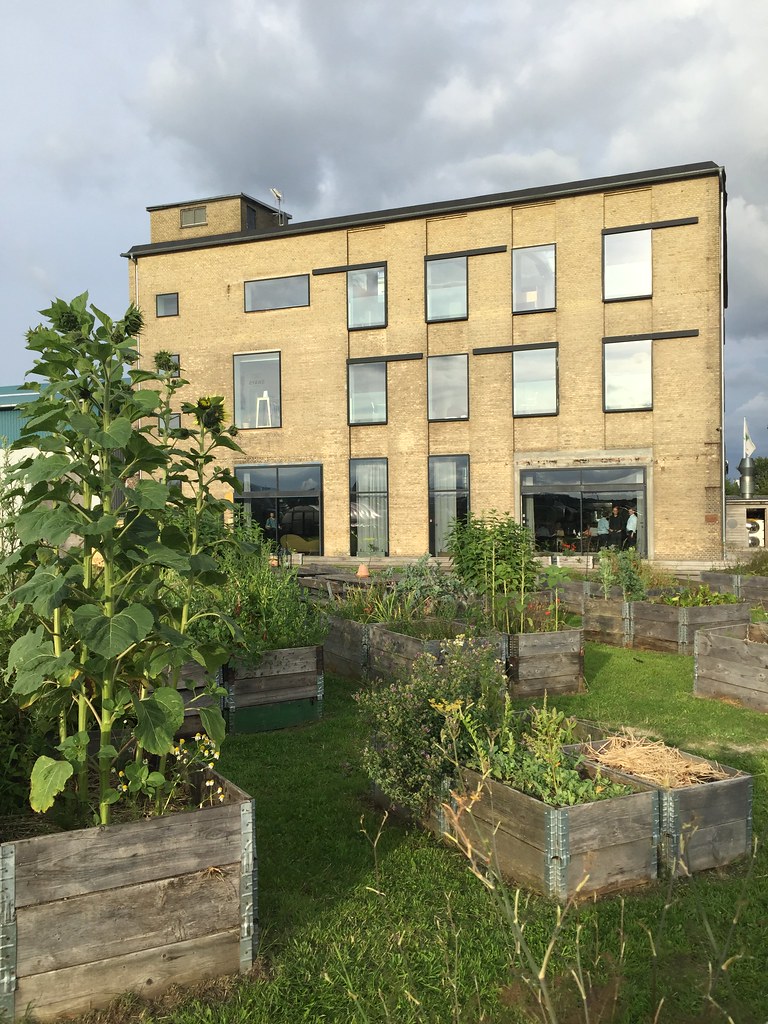 Back inside each dish was delivered by the chef who had worked on it (a very Scandinavian style of service). When Chef Matt Orlando came out with his, he was super friendly and talkative when I told him I was from Seattle as his friend Chef Edouardo Jordan owns Salare here. I'll also take this moment to mention how good looking he is!

As my meal wrapped up I was offered a digestif and chose a local whiskey. I had noticed a couple of fire pits outside in the garden and saw they were being lit, the waiter invited me to enjoy my drink outside (something that would happen in Bornholm as well). I was a damn happy girl sitting next to a bonfire on my first night in Copenhagen, after an amazing meal, and excited to see my girlfriends the next day. 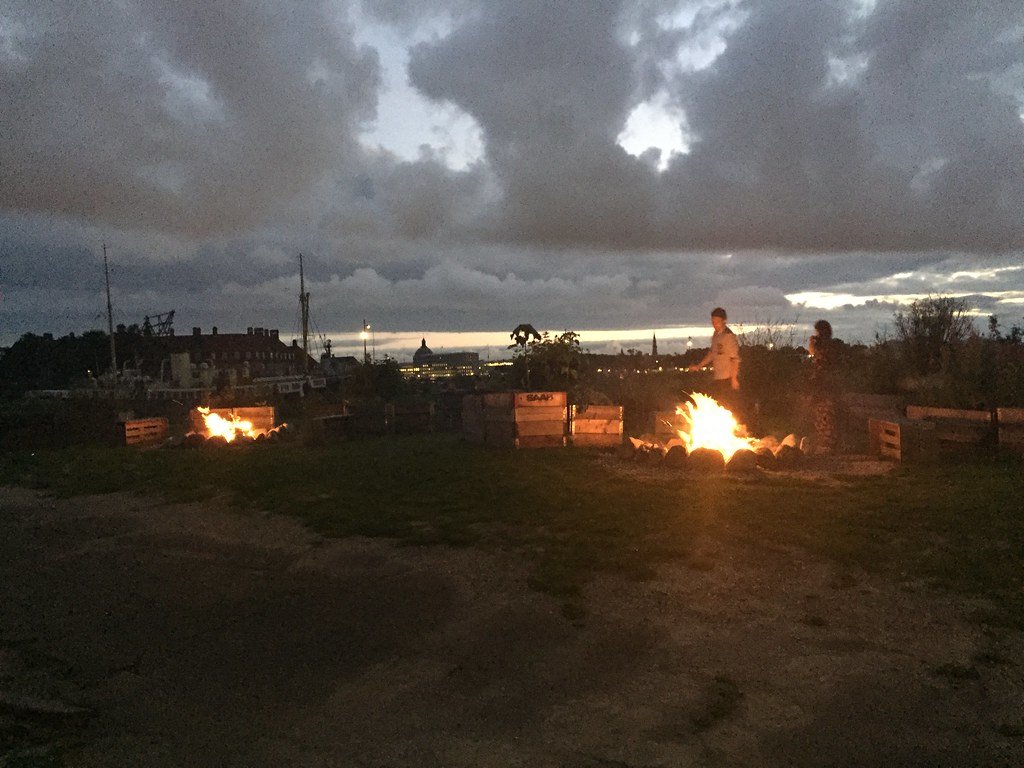 I took another Uber back to my hotel and found they had an honor bar cart set up with an assortment of liquors and also some wines. I took a glass of wine to my room and got hygge.

The next morning was nice and sunny as I walked to Torvehallerne, the large central market. Although there are farmer's stalls here, the market is mainly a collection of delicious food kiosks, coffee shops, and specialty shops. I chose to have coffee and porridge (both of which the Danish are very serious about) at Grod. I grew up thinking porridge was bland and boring; I can assure you that mine with fresh strawberries, skyr, and caramel was anything but. 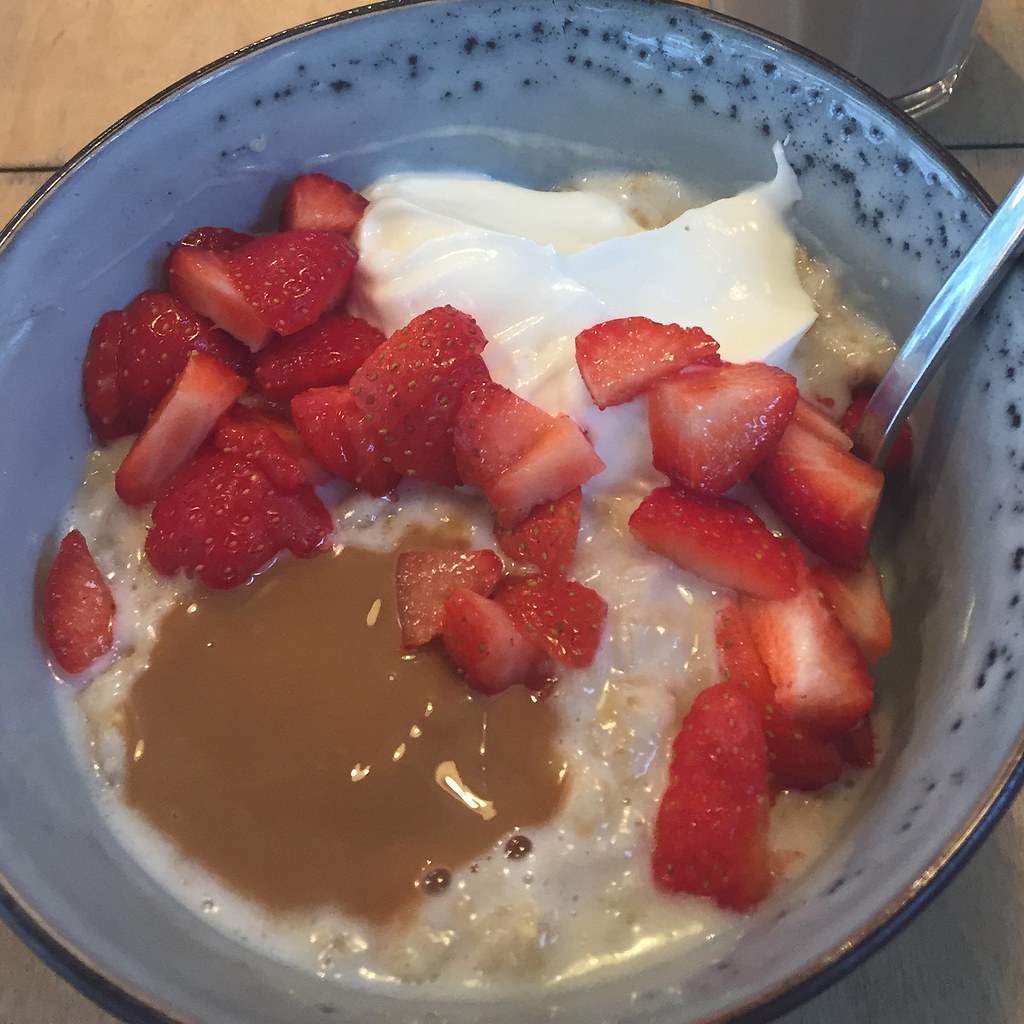 I went wandering around town, through the Kongens Have (Rosenborg Castle Gardens), and around the central area. One thing that is obvious immediately is that everyone rides their bikes here. I've been to Amsterdam multiple times, and I know that is a primary mode of transport as well, but here it is calm and organized. Even the mailman was on bike! 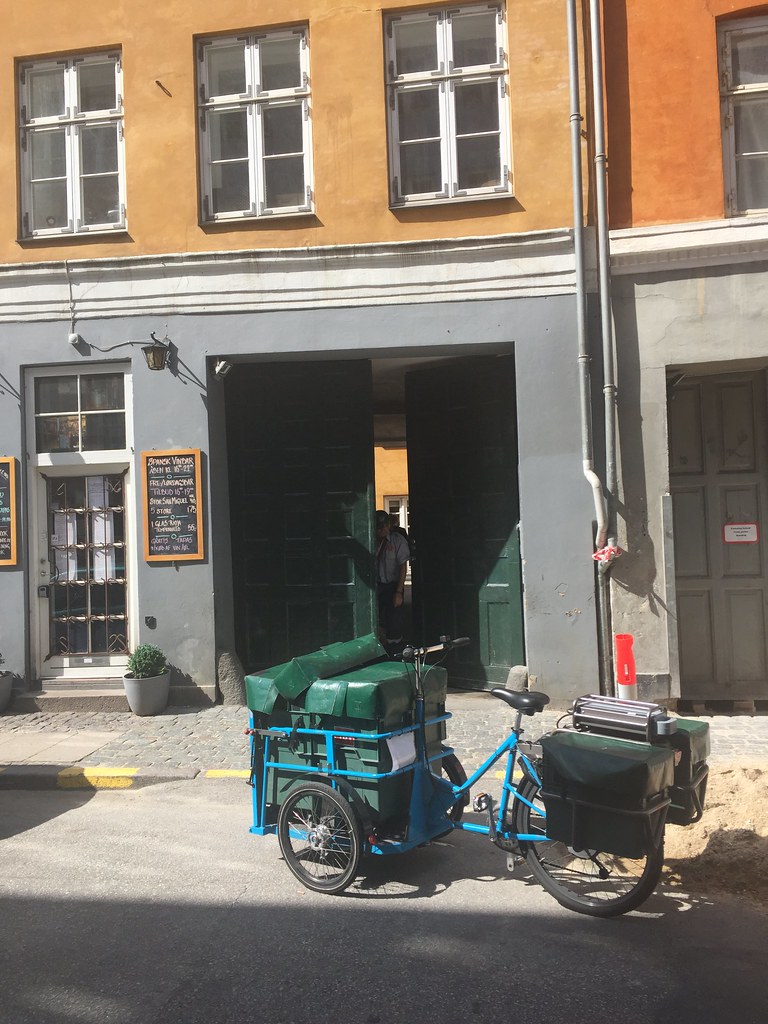 Caitlin was the first of the girls to land so we met back at my hotel and the two of us went to Schonnemann for very traditional lunch of smørrebrod. This popular spot has been opened since 1877 and serves only lunch, twice a day (11:30-2pm & 2:15-5pm). We got very lucky with the last available table during the first service and had an awesome meal of open-faced sandwiches and schnapps. They are very proud of their 140+ bottles and will happily make recommendations to you. Go here, but make a reservation. We witnessed many people being turned away. 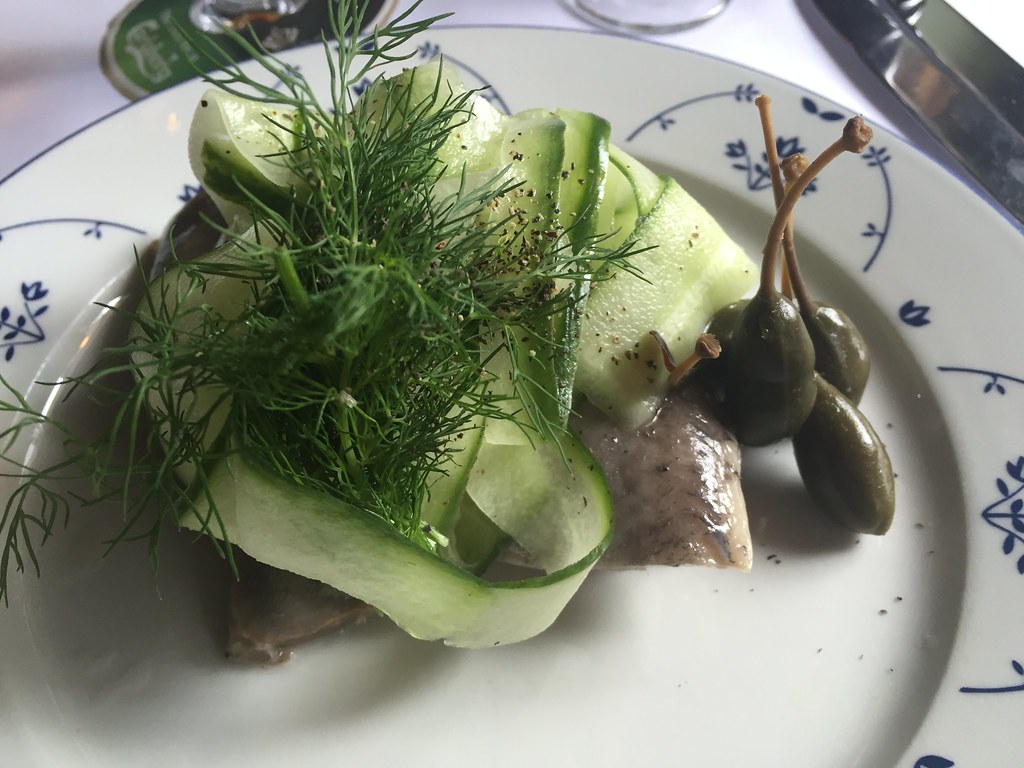 Kate and Forest arrived next and we met them at our Airbnb which was located right on one of the canals and not far from the market. I'd traveled with all of these ladies but this was the first time we were all traveling together! We went out for a walk around town before getting cleaned up, calling an Uber, and heading out to dinner at Relae.

As we arrived a bit early we grabbed some wine across the street at Manfreds, which is under the same ownership. We weren't super happy with our wine but it was a natural one which none of us are big fans of.

When we sat at Relae we were all super charmed by the space. It's much more casual than most Michelin restaurants, but about the same as the Danish places I'd continue to experience. The tables were custom built with drawers at each diner's seat, holding an array of silverware that we would provide for ourselves throughout the meal. 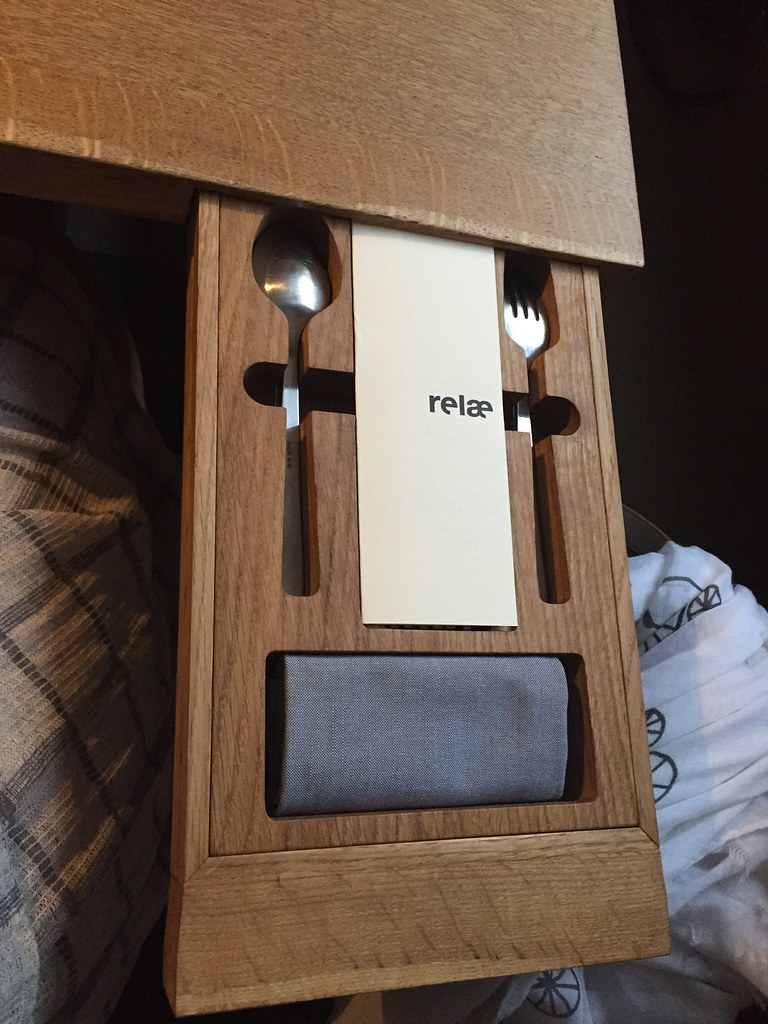 We had a great time and a great meal. Many hail Relae as their favorite restaurant in CPH, for me it was very good but Amass still gets my vote.

We headed back to our canal and had many rounds of nightcaps while catching up, as girls do.

The next day was our big day, lunch at Noma, the entire reason for the trip!

All Copenhagen photos here.
Other posts from this trip:
Hygge Time!
Last Days in Copenhagen
An American in Bornholm
Dinner in the Middle of the Baltic Sea
Best Restaurant in the World?