First off, a weekend is nowhere near enough time to spend in Burgundy. Second, if the thought of driving through picturesque Bourgogne villages, tasting wine in chateaus, and eating delicious meals paired with said wines doesn't sound like your kind of holiday, we probably won't get along. 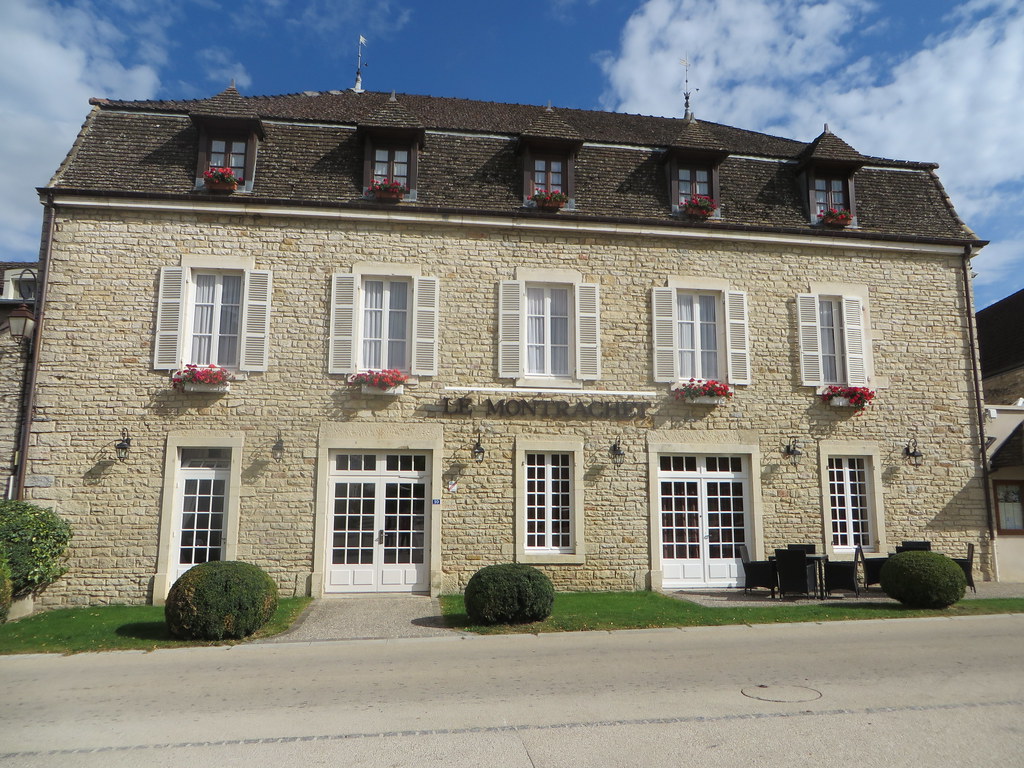 September of 2014, Forest and I left Lyon and made the easy drive towards Beaune, which would be our home-base while in the wine country. We stopped in the town of Puligny-Montrachet and had a decadent lunch at Le Montrachet, seated outside on their elegant terrace. Few things make me happier than enjoying the sun with a glass of Cremant, a tasting menu, a bottle of 2010 Bzikot Puligny- Montrachet, and a luscious cheese trolly! 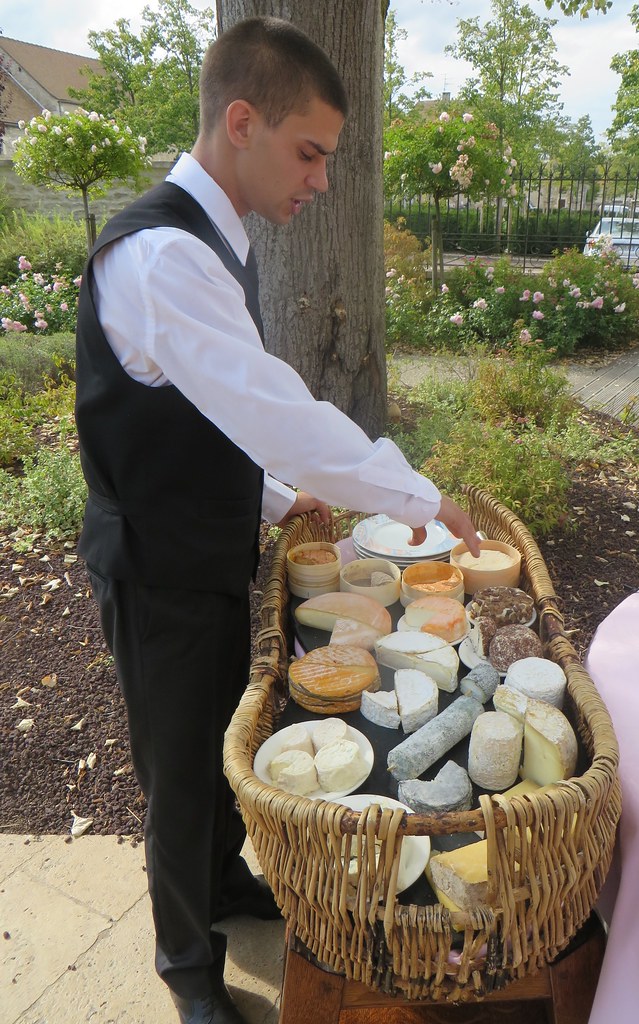 We had a bit of time before we needed to check into our Airbnb in Beaune so we walked across the street for our first wine tasting at the Caveau de Puligny-Montrachet. This is a wine shop that also does tastes; once we got a chance to sit up at the counter and get some information from owner Julien Wallerand it was a very nice experience. We had 6 wines for 18Euro each, my favorites were the 2012 Puligny-Montrachet from both Domaine Bzikot and D. Jean Pascal & Fils (the latter was a 1er Cru) 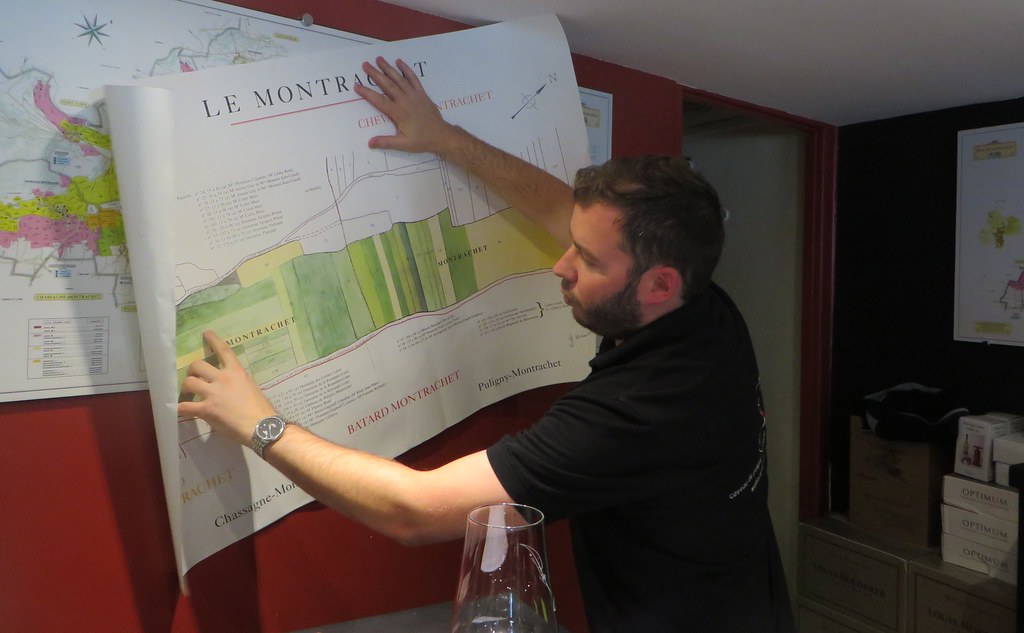 We made our way to Beaune, driving past the tiny villages of Meursault and Volnay. I was blown away glimpsing these famous appellations that mark the bottles of some of the best wines in the world. To see how truly small they are is head shaking! We found our Airbnb, which was a little house just outside Beaune, made a quick run to the grocery store for provisions, and had aperos in the back yard that seemed to be expecting a much bigger party. 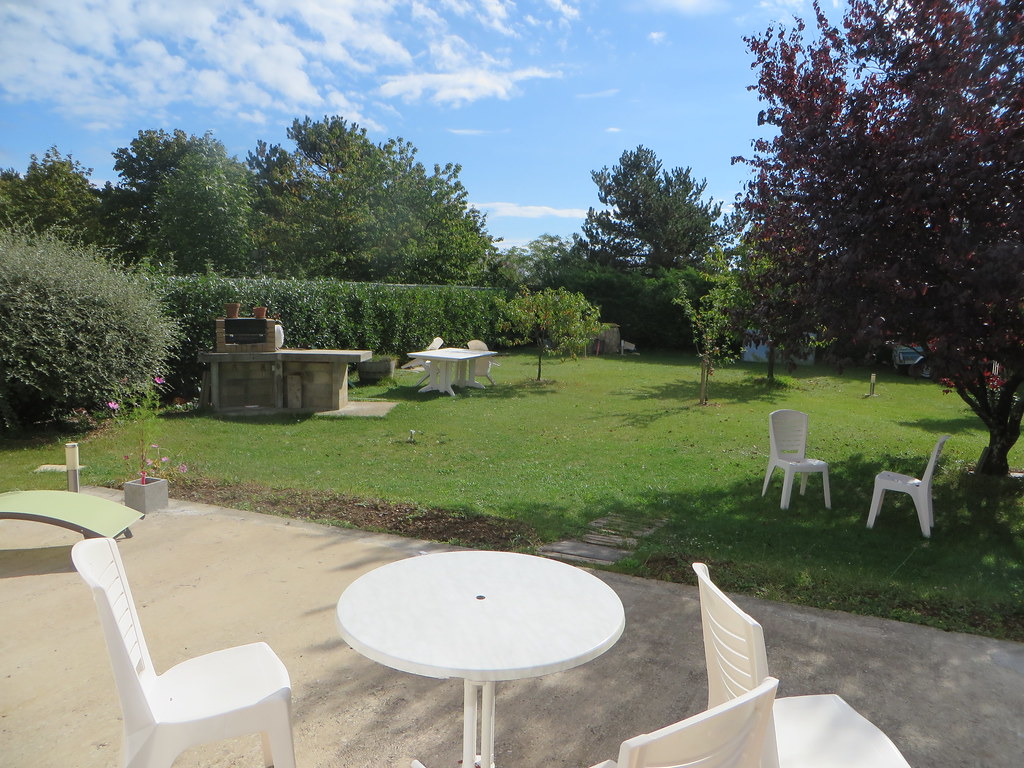 That night we had dinner at the charming Ma Cuisine. The restaurant is housed in a little wine cave and is quite well known in town. The owners were very helpful as we tried working through the 800+ bottle wine list. Some delicious charcuterie, garlicky Burgundy snails, a lovely 2010 Gran Cru Corton, and a nightcap of rare Spanish Chartreuse made for a fabulous first dinner! 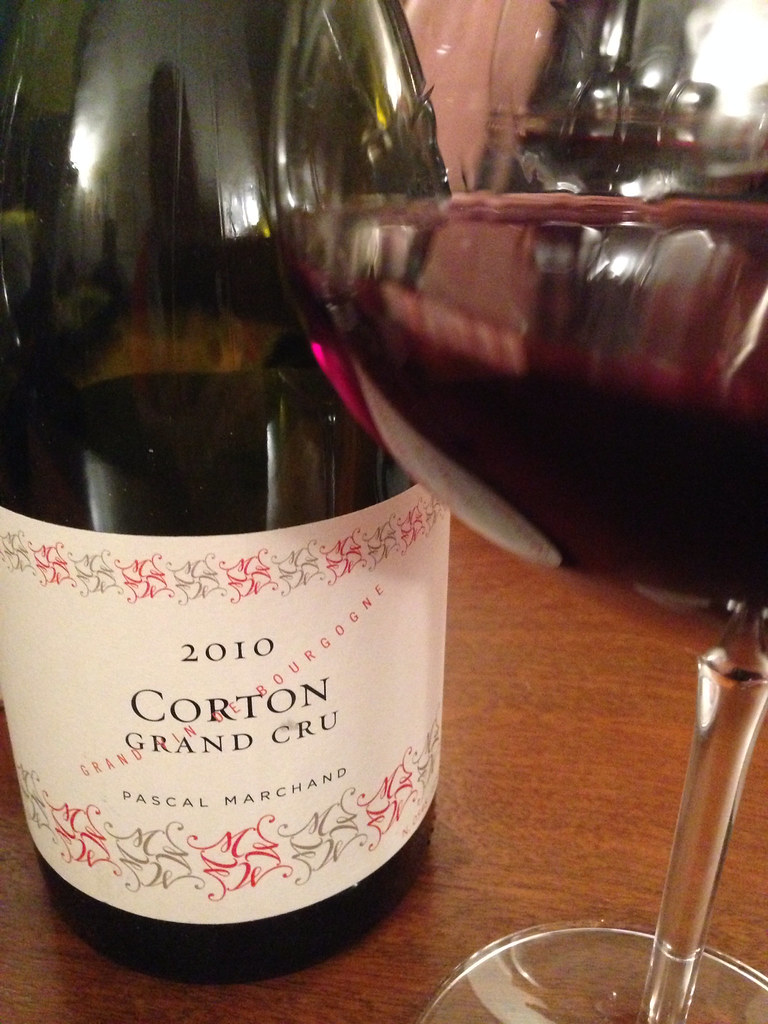 Friday morning we decided to drive the short way into town as it was gray and drizzly. We started with a 3-fixe lunch at the Caves Madeleine and a 2011 Butterfield Monthélie Blanc, an appellation I'd never had before. This little restaurant had really great food, wine, and service! 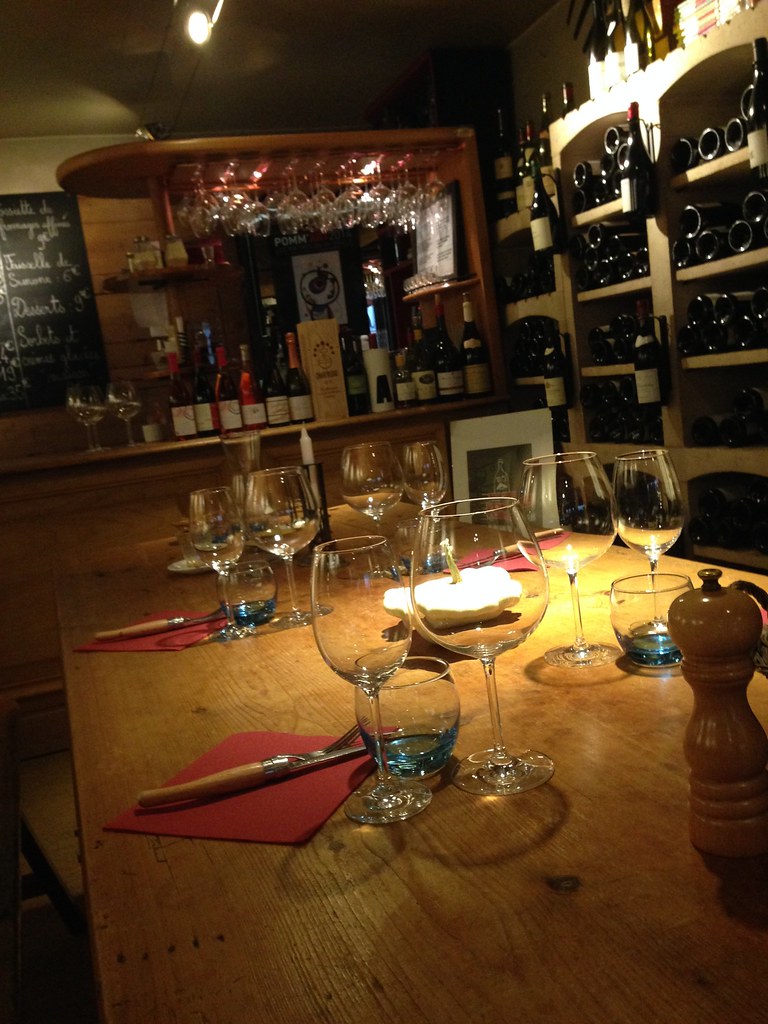 We dashed through town in the rain to make our first tasting appointment at the grand daddy, Domaine Drouhin. Our vacation had coincided with the season's harvest, which we found out when we started calling and emailing for tasting appointments and were told by the smaller houses that they would all be in the vineyards!

At Drouhin we had a nice tour and tasting of six wines in the cellar. All the wines were great but the highlight for me was getting to taste the 2008 Meursault-Genevrieres Premier Cru Hospices de Beaune. 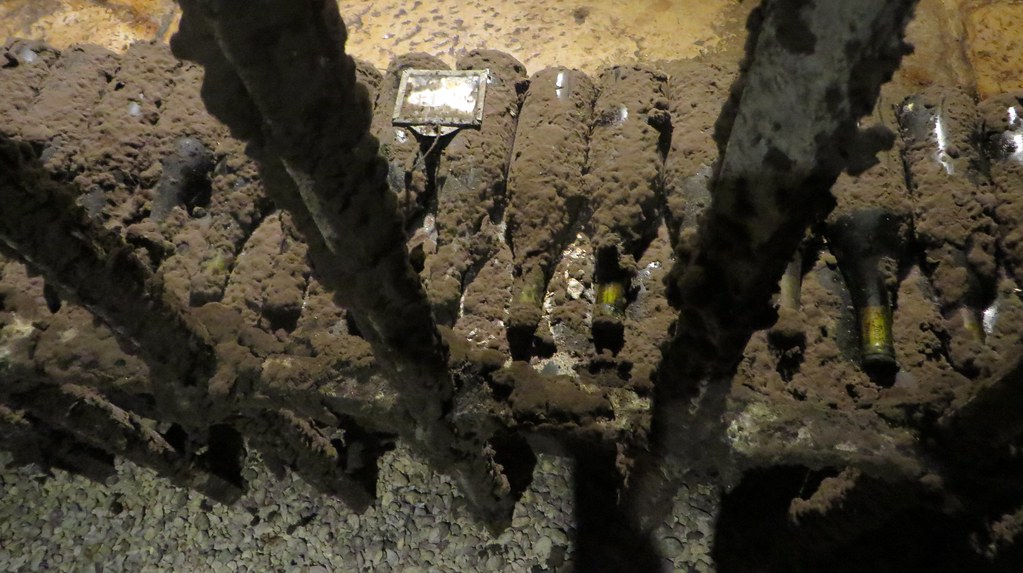 When we were done it was still raining so instead of heading out to the surrounding villages we stopped in at the Marché aux Vins right in town and signed up for a tasting. This was a self-guided tour of the cellars, with self-pouring tasting stops along the way. We had one white and one rosé, which were ok, and then a 2008 Chateau Marsannay Marsannay which was good, and a 2006 Comte de Moucheron Premier Cru Beaune which was quite nice. We finished in a space that use to be a church where they had a dispensing machine of Grand Crus which we got to choose two from. It was pretty funny that the entire tour and tasting was self done. I'd say this is a fun thing to do if you're palate is a bit busted from other tastings or you are with people who are not geeking out on the individual wine makers and houses as much as you are! 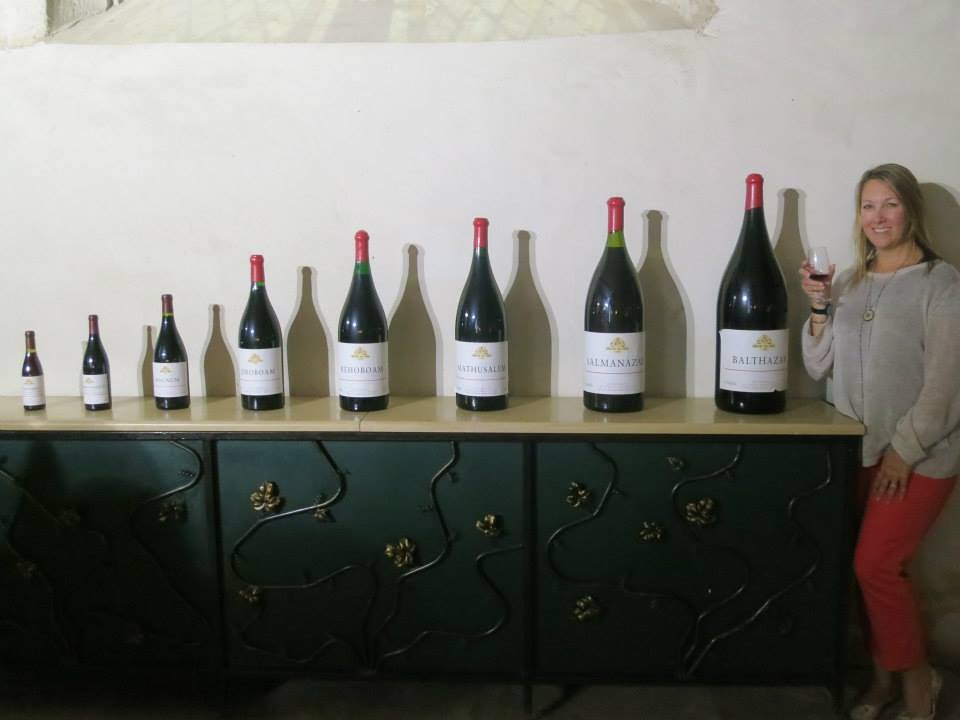 We headed home to chill out, have an apero, get cleaned up, and then out to dinner at 21 Boulevard. Our meal here was excellent! The restaurant is in an old farmhouse and we were seated in the cave area, low lit with curved ceilings. They offered a delicious 3-course menu; the highlight for me were ravioli with escargot and sweetbreads in a garlic cream broth. Swoon! We chose a nice Cote de Nuits Village from their massive list, followed by a nightcap of Marc de Bourgogne. 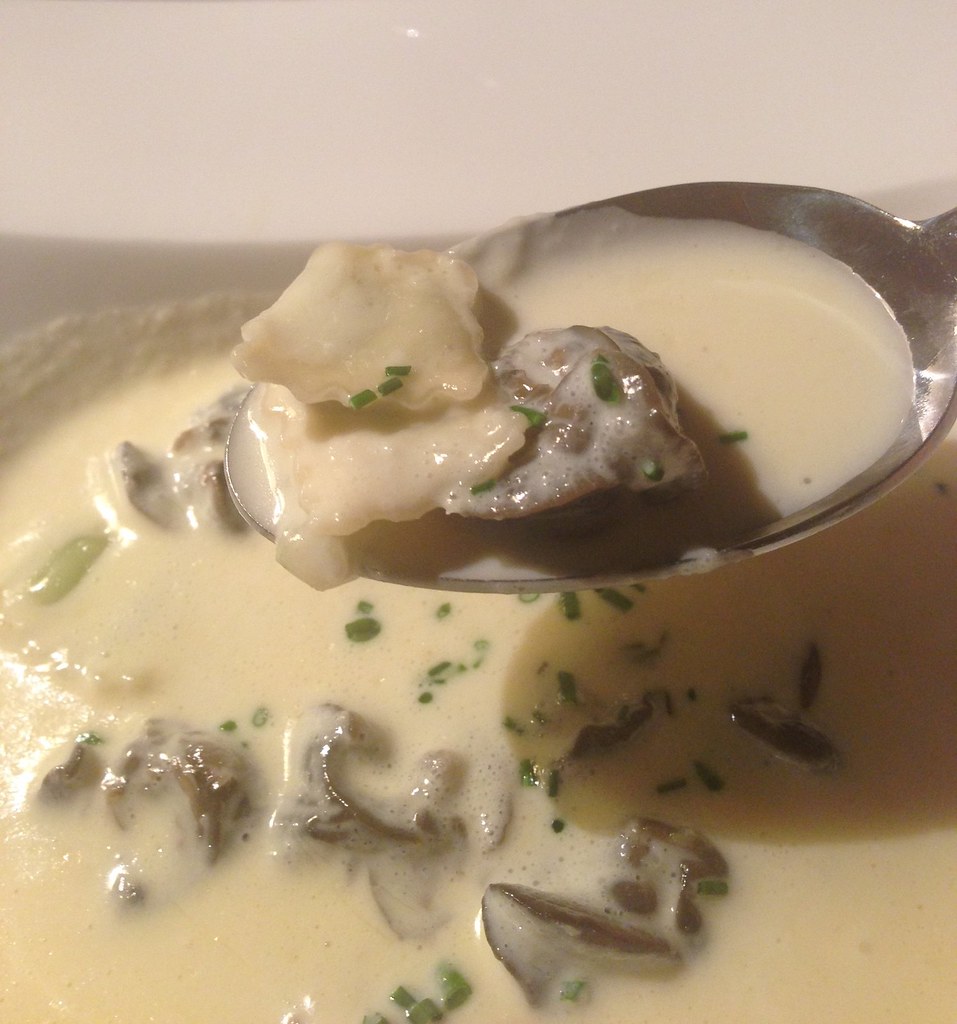 So far Burgundy was working out quite well for me!