When I was in Mexico City last year I got to see some really incredible sites. I barely scratched the surface of incredible sites however, I'll just have to fill in the blanks when I go back. And I will go back. 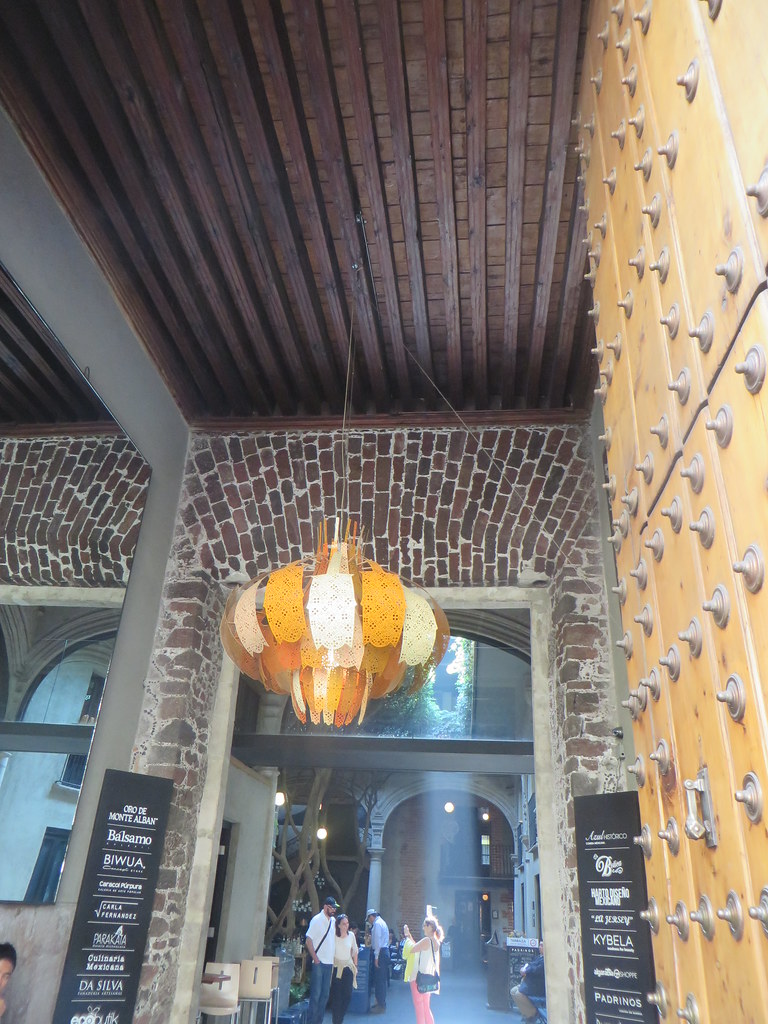 Besides the awesome walking Market Tour (which I highly recommend), experiencing a lot of delicious food and drink, and getting a chance to visit the Bacardi rum distillery and other very cool events with Tales on Tour, my brother and I set out to see some of the incredible art and history that this city (and country) is known for. 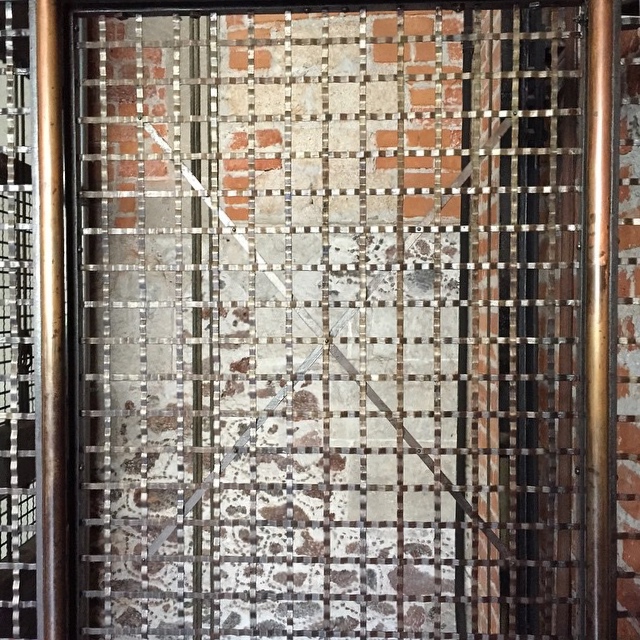 My first four nights were at the very central Hilton Reforma, where Tales on Tour was being held. Deciding to stay central I chose the uber cool Downtown Mexico Hotel for the last part of my stay. As I entered the historic building through massive wood and metal doors, I found myself in a beautiful and serene courtyard which contained various boutiques, bars, and the restaurant Azul. After I found my way to the very dim check in counter I was shown upstairs to my room. We took the antique lift to the second floor of what I learned was once the Palace of the Countess of Miravalle. This tiny boutique hotel has just 17 rooms, and all of them are very industrial-chic. Mine had incredibly high ceilings, a big open bathroom/shower, and a huge king size bed. The rooms are dim but they feel intimate instead of oppressive. 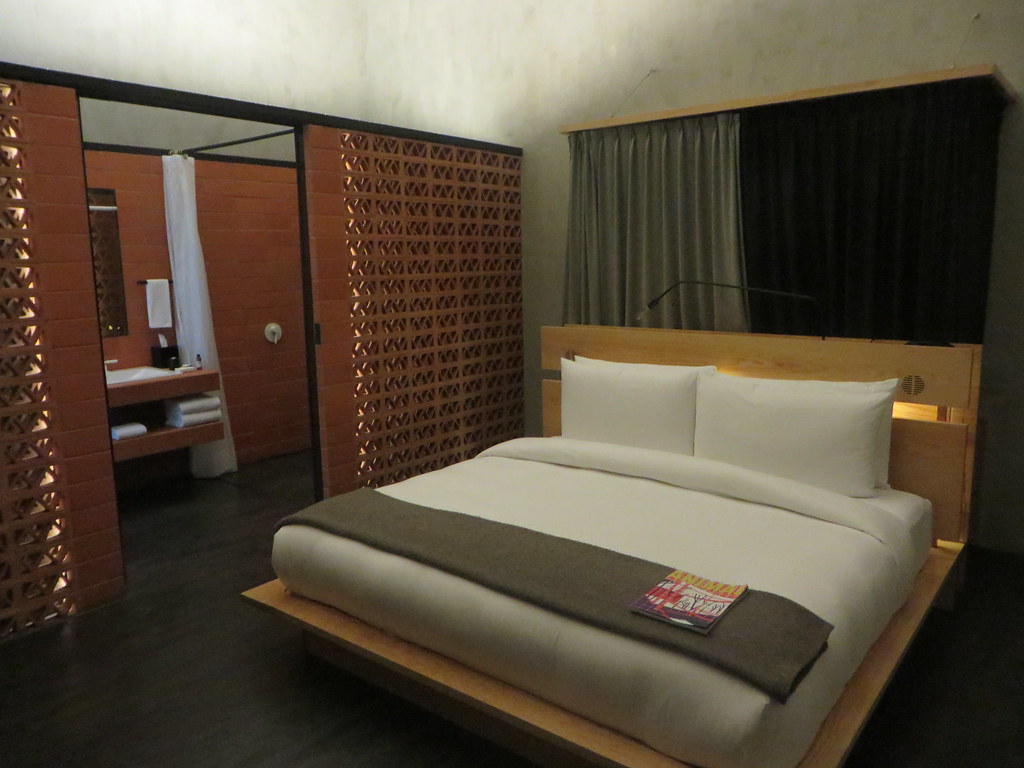 I dropped my bags and headed up to the rooftop pool for some sun and a beer. This will surprise no one who knows me. 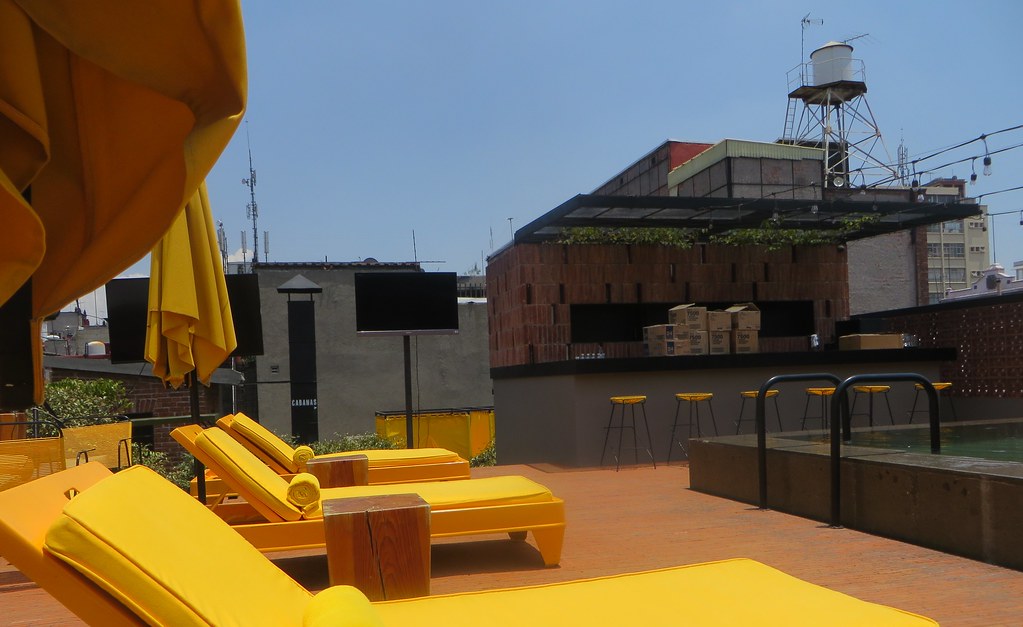 The next day my brother and I started out by walking over to the massive Zocalo (Plaza de la Constitución), which is one of the world's largest squares, and into the cathedral which sits on the north side of the square. The cathedral is quite grand with two huge gold alters; The Alter of Forgiveness and The Alter of the Kings. There are also 16 chapels and a crypt. The church was built on the site of an Aztec temple and has been sinking since the day it was built, as all of CDMX was built on a lake bed. 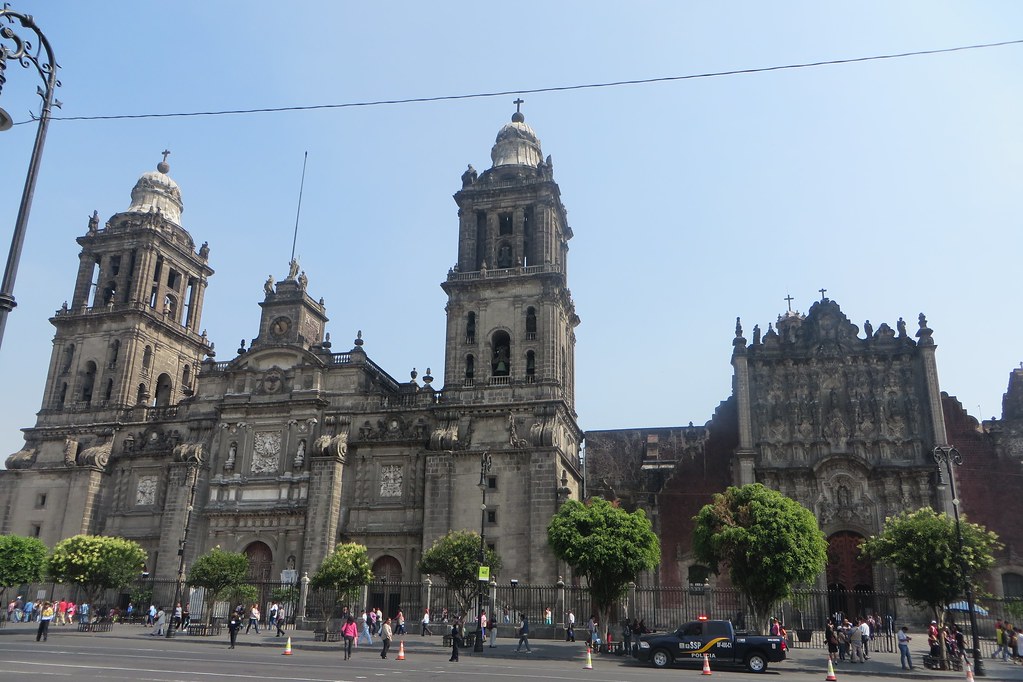 From here we walked across the Zocala to the south side and through the covered passages of the Federal District Buildings. There were police lined up all over, dressed in riot gear but nothing seemingly going on. I asked if it was ok to take a photo and these guys gladly posed! 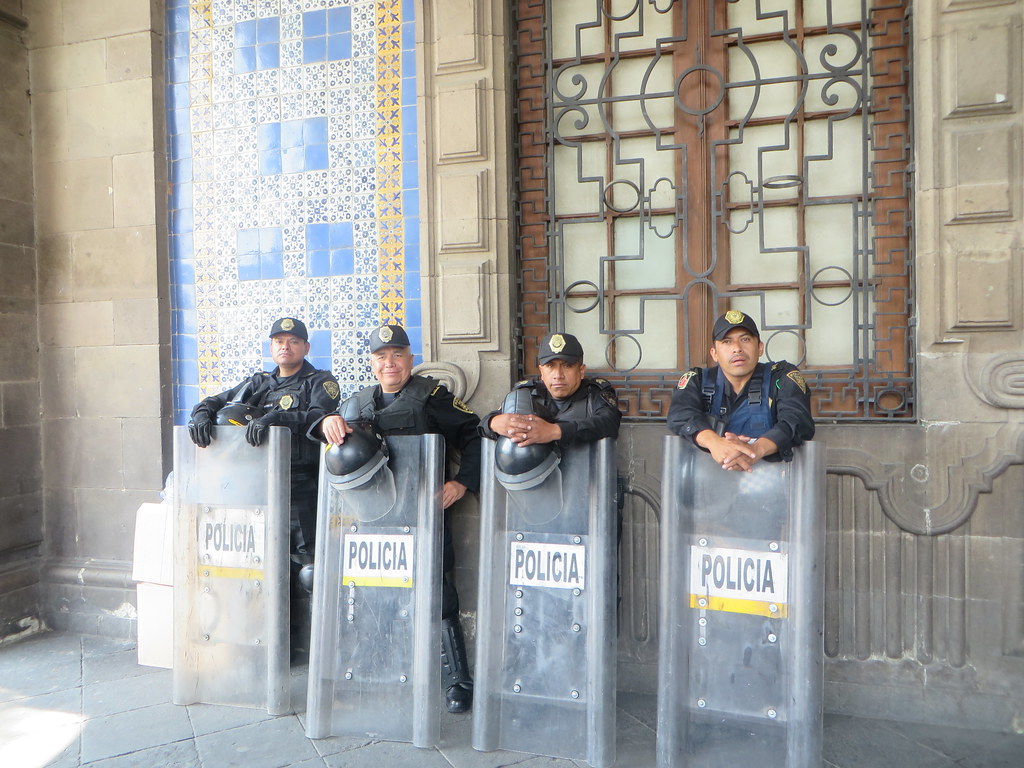 We continued over to the National Palace. You must have your ID/Passport to enter but there is no fee. Inside a central patio are Diego Rivera's History of Mexico murals. They are amazing! We spent a good amount of time admiring them and thought it was so interesting to see images of huitlacoche (a 'gourmet' corn fungus), agave, pulque, tortillas, etc. Of course there are also images of power struggles, slavery, war, politicians, etc. I loved getting to see these, and we were pretty much the only people there! 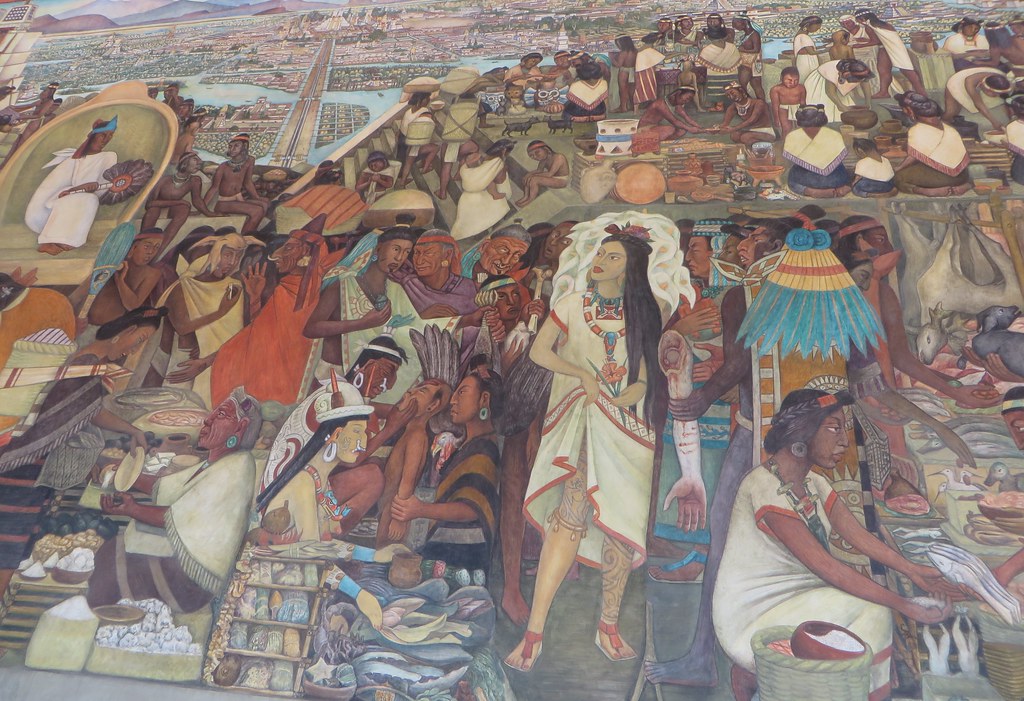 The Palacio de Bellas Artes is another place to see some amazing murals by Spanish artists. The building itself is stunning with its glass and iron dome. 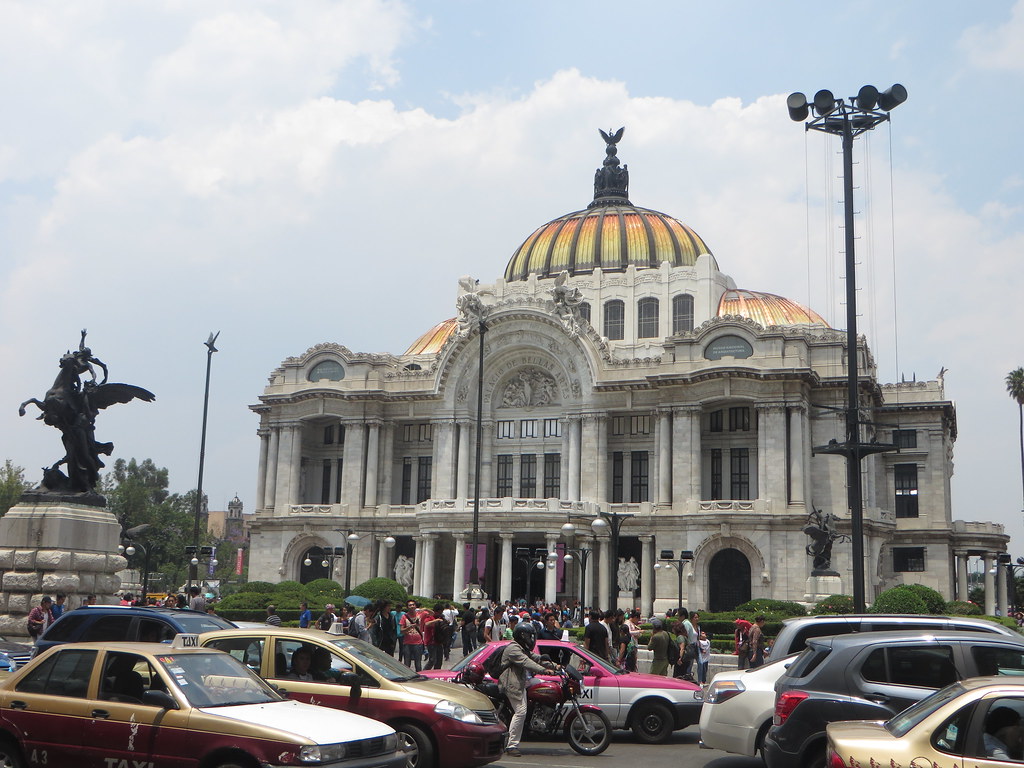 The works of Rivera, Rufino Tamayo, David Alfaro Siqueiros, and others are beautiful and larger than life. The art deco design of the building seem perfect for the mood. It's a good size collection with two floors housing the murals. When we were there one of the pieces was being cleaned and restored which was interesting to watch too. 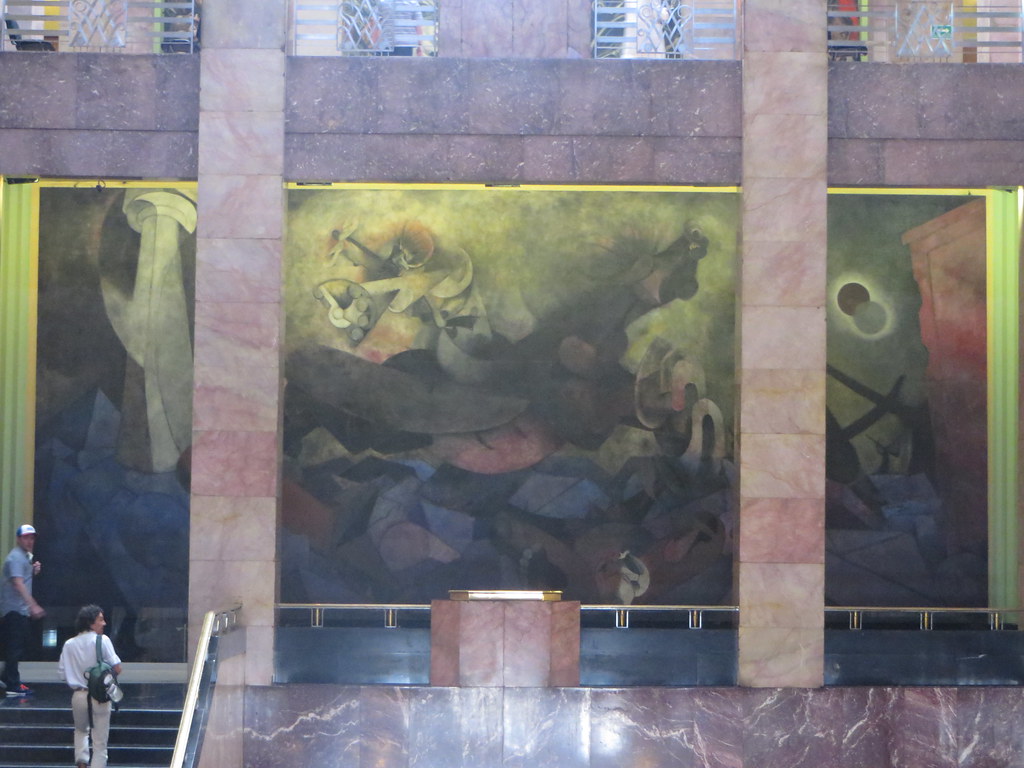 Another day we took the subway out to the Anthropology Museum. I've been to a lot of museums but I have never been anywhere with such an amazing collection as this; highly recommend! The U-shape set of buildings are comprised of 11 salons, each focusing on a certain period of time in Mexico, starting with the Introduction to Anthropology from BC-50,000 to 6 million BC. So there's that! 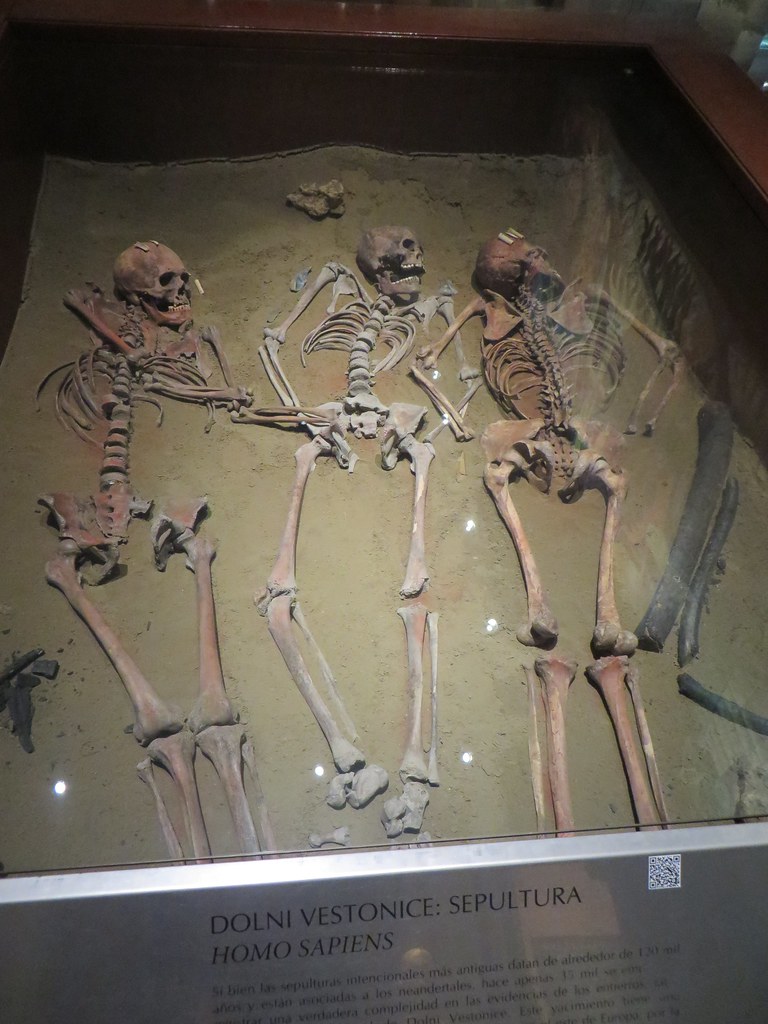 I loved these replicas of temples with surrounding jungle! 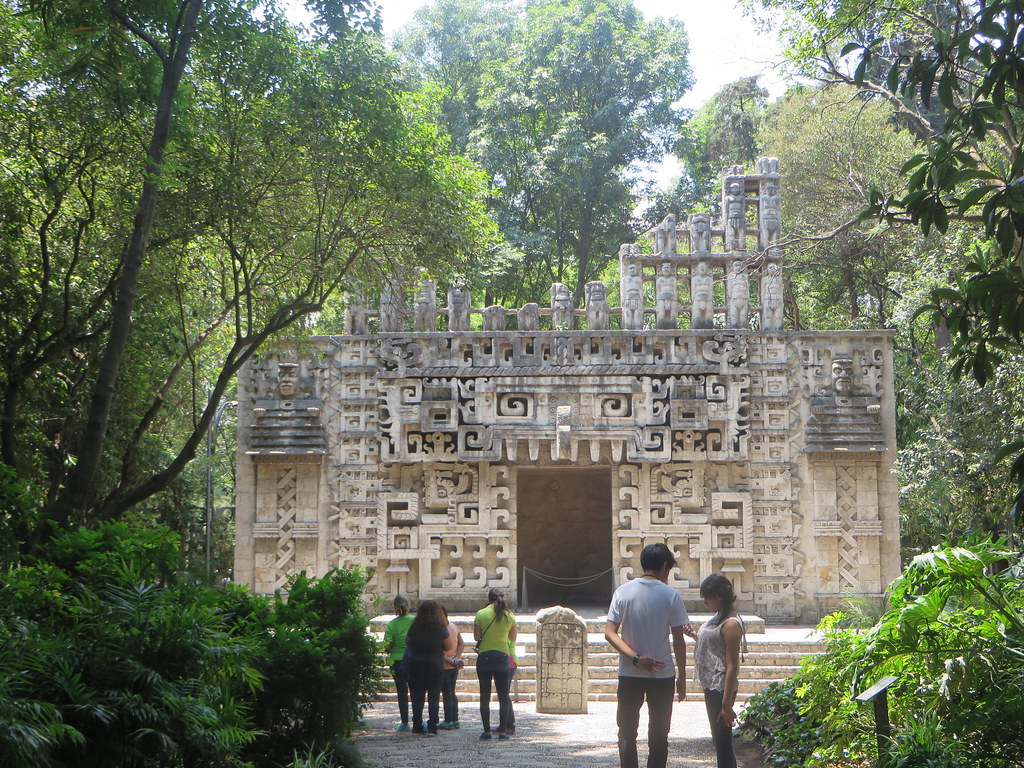 We spent some time walking through the park that surrounds the museum as well, it is gorgeous and the perfect place to grab a torta and eat it on a park bench.

On our last night my brother and I caught the sunset at the Top of the Latin Americano Building. The most touristy of things you could do, but the views are amazing. The cocktails not so much, so we stuck with aged rum on the rocks and took in the 360-degree views of this incredibly huge city with an amazing past. 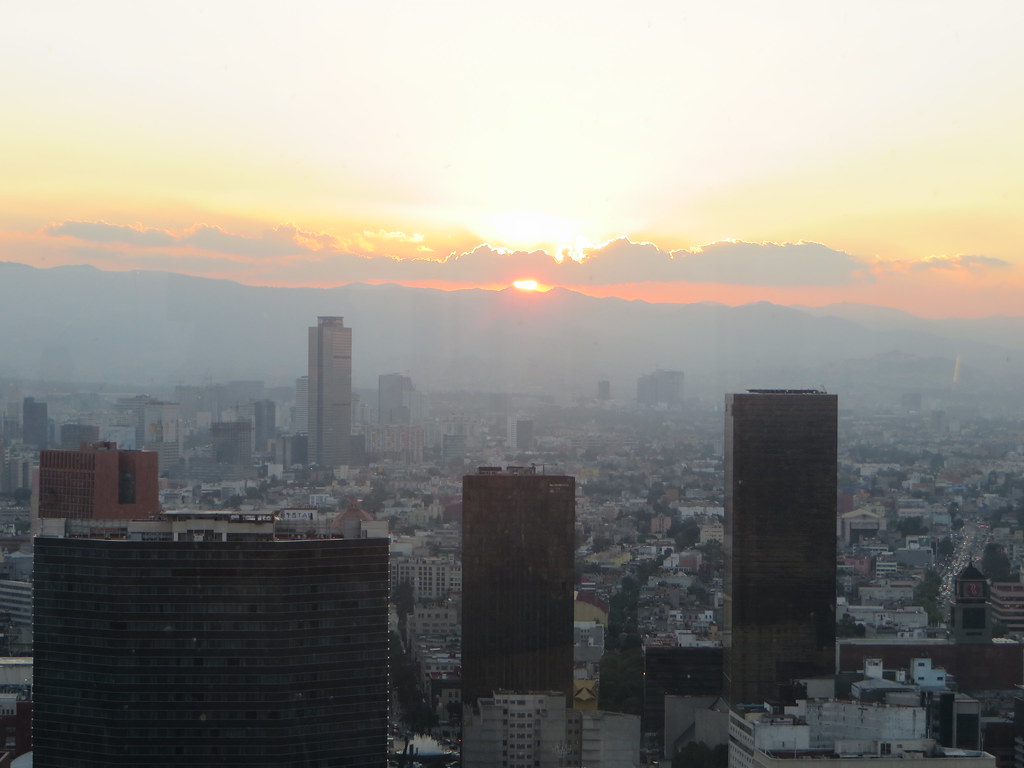 I can't wait to go back!

Other posts from this trip:
CDMX Markets Tour
Mexico City; From Street Food to Fine Dining
Mexico City; More Than Tequila
at May 28, 2016