I was in CDMX for a full week and I never had a bad meal (or drink), the place is seriously delicious! And I found the prices to be very inexpensive, whether eating finger-licking street food or dining at award-winning meccas. If you love food (and drink) get yourself down there.

The first night, after almost 15 hours of travel, it was all I could do to walk next door to our hotel for my first al pastor of the week at Taqueria El Caifan. This is street food in a casual eatery and it was good! 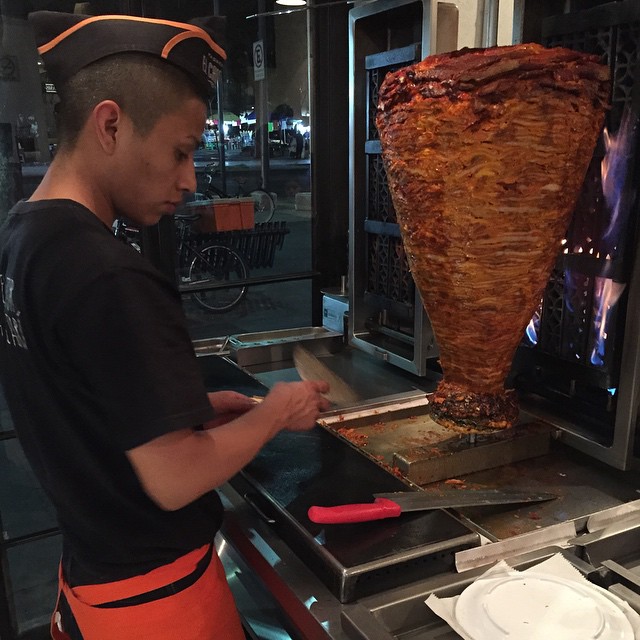 The next morning Forest and I had some fantastic food during our incredible walking tour of the markets which I wrote about here. That night we were doing our first of a few bar crawls and needed some food after our second round of cocktails at Felina Bar. We walked (it was safe, bar manager Jane even confirmed!) to El Califa for tacos. And chicharron de queso, a specialty of the house and damn excellent! Basically, it is a huge sheet of baked and melted cheese, rolled up into a cylinder which you break off and eat. Sounds simple, tastes amazing! I also revisited this place a few days later with my brother for more of the same! 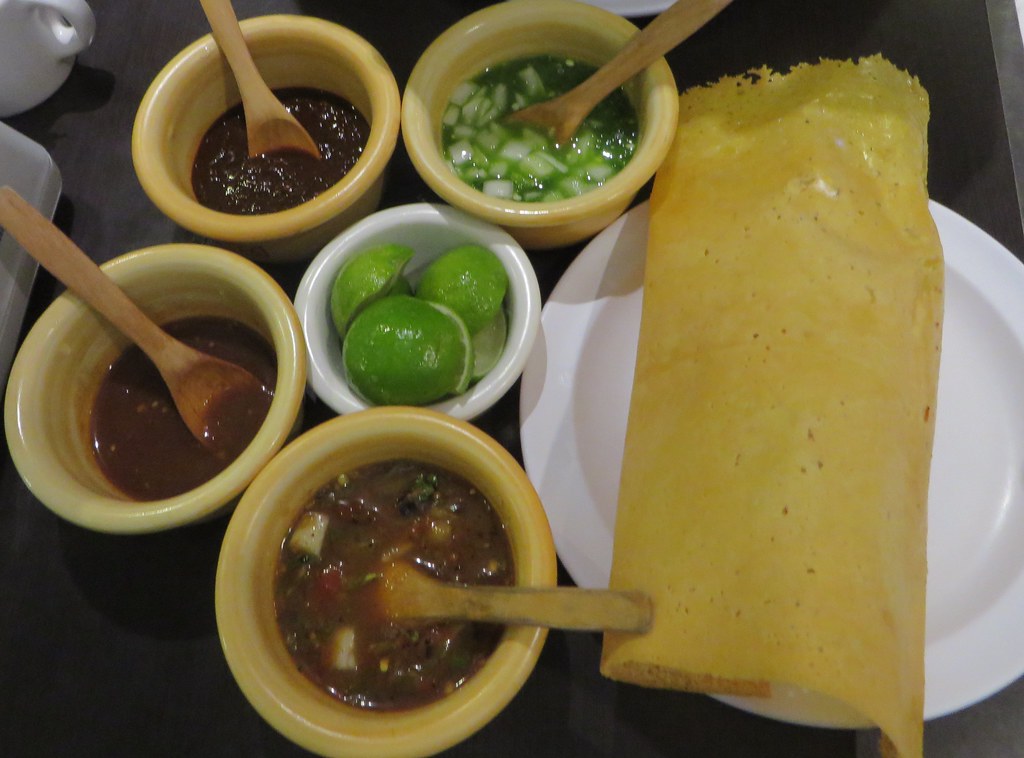 Another highly touted taco place is El Faraon. We went there after a full day of Tales on Tour parties. Forest said I liked it, but all the rum, tequila, and mezcal had caught up with me and I really couldn't tell you. I'd take her word on it though.

Probably my favorite taco place was El Tizoncita where the specialty is al pastor. Al pastor looks like shwarma or gyros only the meat is pork and usually at the very top where the meat is skewered into the grill there is a large piece of pineapple and an onion. As the waiters sliced the meat from the large rotating cones, they swiped up with their knives freeing a slice of pineapple; meat and pineapple landing in the small delicate tortillas and then topped with diced onion, cilantro, fresh salsa, and lime juice. Sooooo good. And cheap! My brother and I sat at an outside table with my friend Tracy and ordered plate after plate, all washed down with a chelada; beer, lime juice, and salt. 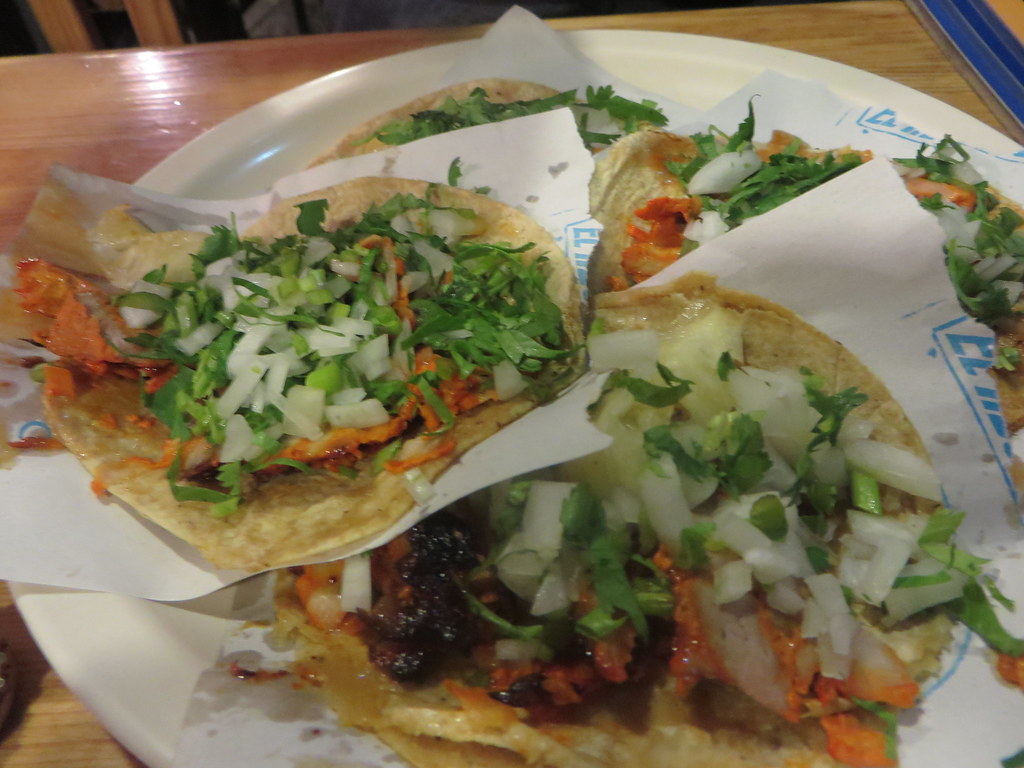 El Cardenal has a few locations around town and is a locals favorite. We had one of them inside the Hilton so Forest, my brother, and I met for breakfast one morning. Fresh baked Mexican breads, amazing hot chocolate, huge plates of grilled steaks, scrambled eggs with housemade chili sauces... there's a reason why everyone loves this place!

Right off the massive Zocalo, my brother and I found the terraced restaurant Balcon del Zocalo one day for lunch. The tableside guacamole service could have been kitschy but with add-in choices like chapulines or chicharrones  (which we got both) it was just delicious. And the gorgeous views of the Zocalo, the cathedral, and the palace made it a perfect afternoon stop on more than one occasion. 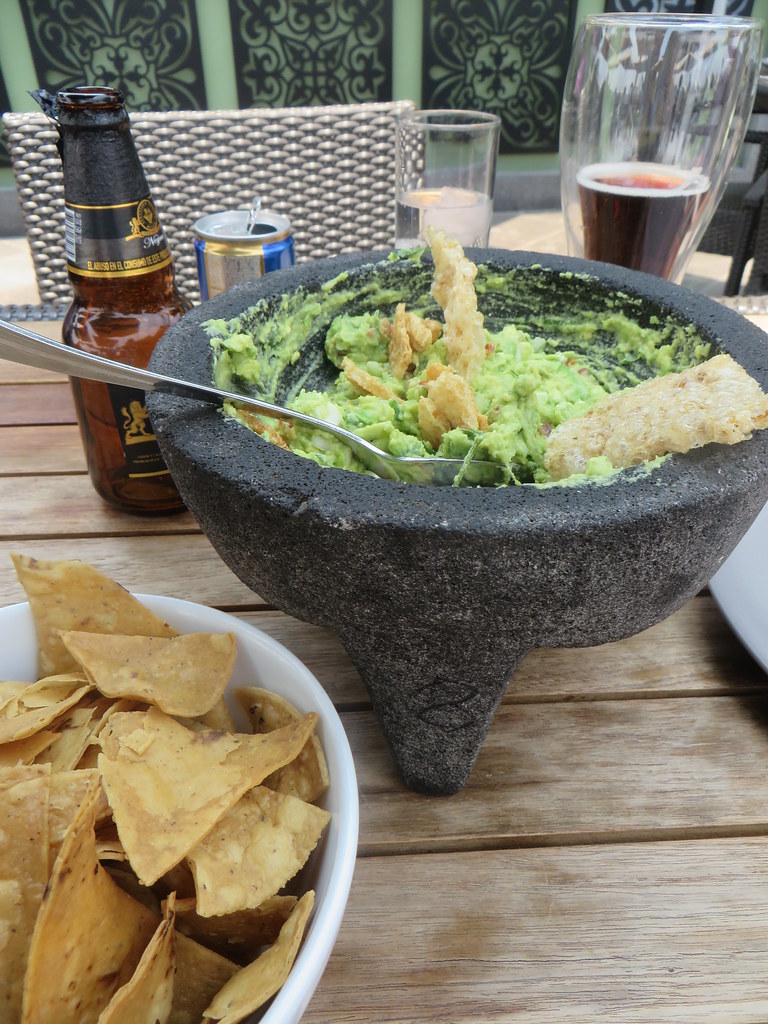 Mexico City is more than just tacos, much much more. The city is full of award-winning chefs using traditional flavors and modern techniques to create amazing fine dining experiences.

Azul Restaurants have four locations around the city and one just happened to be in the same building as my hotel, Downtown Mexico. The open air courtyard of this former palace was a magical place to dine. And our dinner, modern takes on cochinita pibil and mole negro, was fantastic. 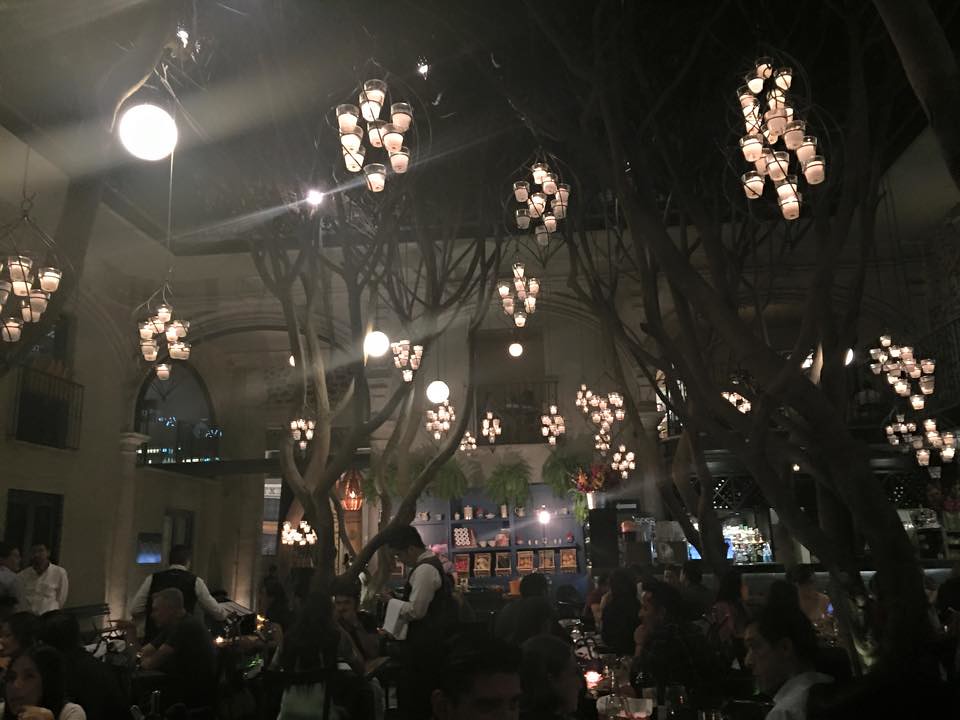 I also had an amazing meal at one of the most talked about restaurants in this huge city, Pujol. Pujol is currently #16 on the World's 50 Best restaurant list and offers some of the most unique food in town. Chef Enrique Olvera has a mole that when I was there was 637 days old. It's like nothing I have ever had, nor will I again as now it is over 800 days old. They serve it simply with tortillas and alongside a fresh mole. You can hear him talk about the ongoing mole dish in a recent interview he did on Splendid Table. 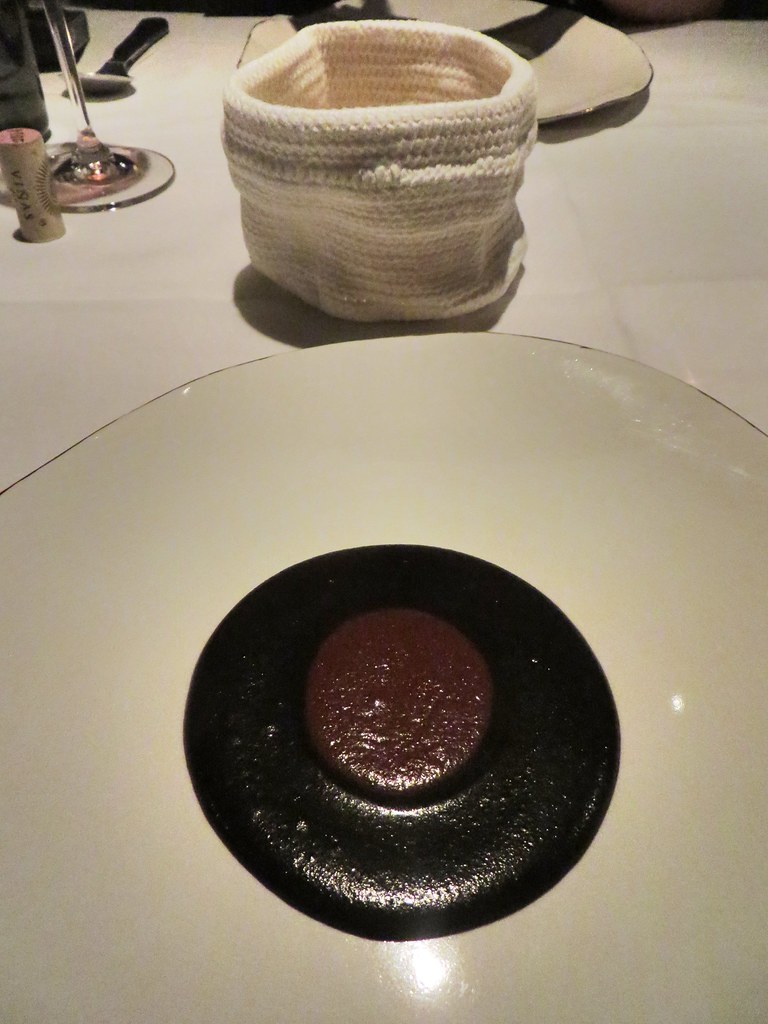 The service at Pujol was impeccable from start to finish. We were assisted in choosing wines from Mexico, including a rosé to start our meal with. Each dish was stunning, both visually and flavor-wise. And I got to try unusual (for me) ingredients like tongue, ants, and ant eggs (another thing they are very well known for). 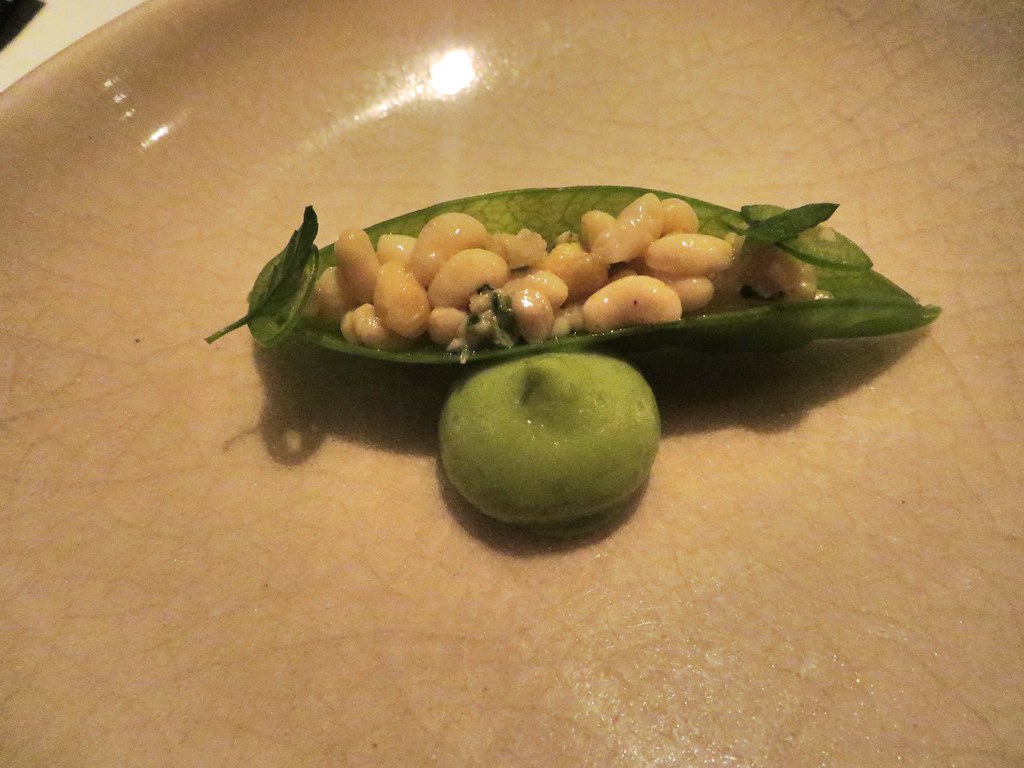 So no matter if you are a linen napkin type of diner, or a torta in the park washed down with a Jamaica aqua fresca, Mexico City has it. And you'll still have change for a taco.

Other posts from this trip:
CDMX Markets Tour
Sights on Mexico City
Mexico City; More Than Tequila
at May 01, 2016