Back to New York

My friend Lorraine and I had purchased tickets to see SJP and Matthew Broderick in Neil Simon's Plaza Suite... in 2019! Obviously Covid had other plans so after being rescheduled twice we were finally heading back to New York and to Broadway!

Normally I'd use miles to fly first class on Alaska but the price for Premium was only $286 to Newark and I couldn't pass up that deal! Additionally I took advantage of a 50% off Alaska Lounge offer via my Alaska credit card and was the last person allowed to use it that morning as they were quite busy. This end up being a great perk as my flight was delayed over 2 hours; free breakfast and mimosas while working was much more comfortable in the lounge.

I took an Uber into the city for $56 and met Lorraine at The James Hotel in NoMad. This was an excellent hotel for us- the room was huge with two Queen beds and the location was great for all the walking we did. 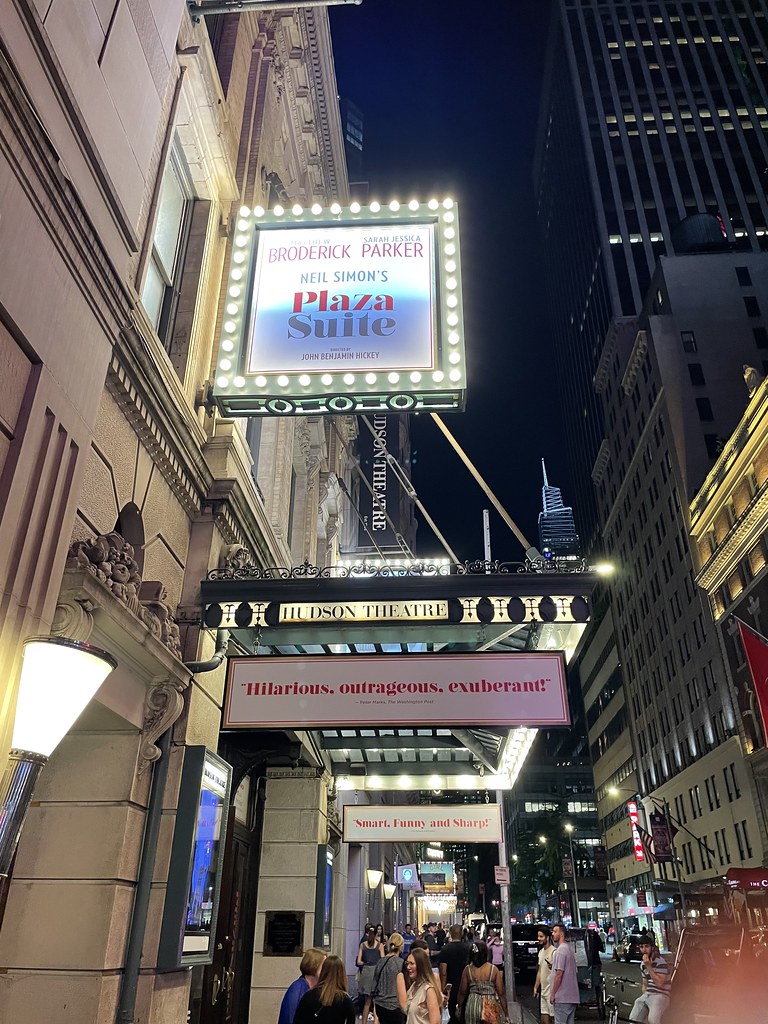 The show was at the Hudson Theater which has some great history and is one of Broadway's oldest theaters, opening in 1903. The original operator of the theater, Henry Harris, died on the Titanic! It's also been a radio studio, tv studio, adult film theater, movie theater, and the Savoy nightclub before reopening in 2017 as a theater. It's tiny compared to more modern venues with only 970 seats (compared to ~2800 seats at the Paramount in Seattle where I live!) so our 8th row seats felt very intimate.

The show was great fun and as someone who is rarely, if ever, around celebrities I loved being so close to Broderick and Parker in their performance. It had been a long time since I'd seen a show on Broadway and this was a great return! 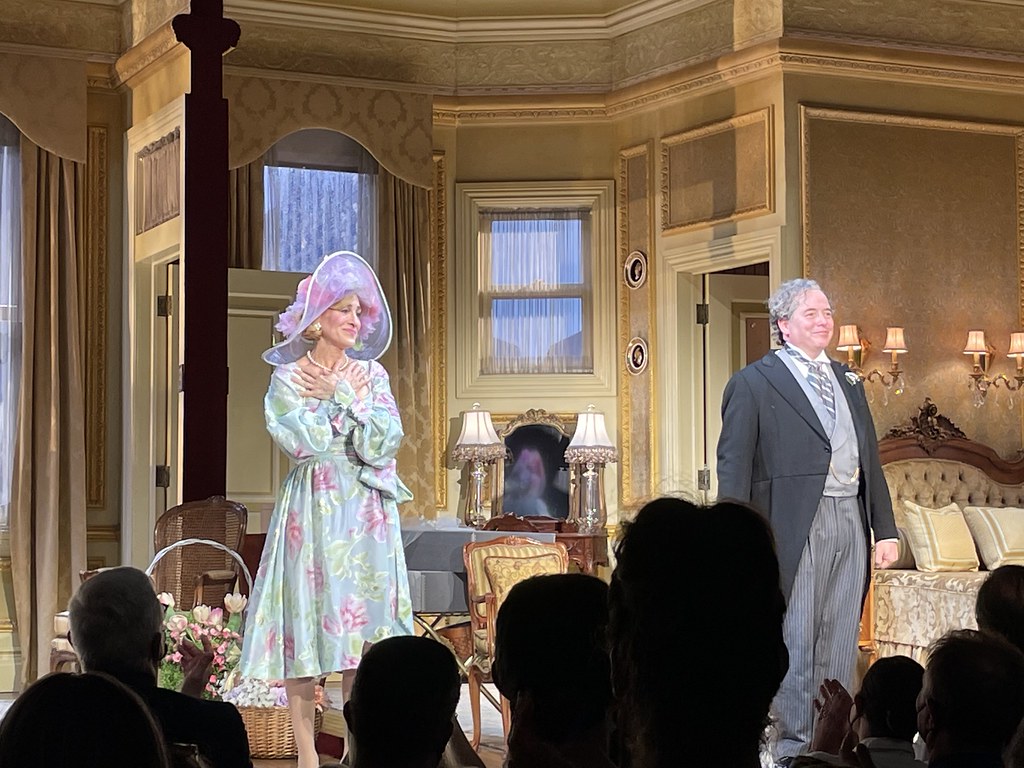 We did a lot of sightseeing over our long weekend as no matter how many times I've been to NYC there are still a million things to see and do. One thing that had been on my list for years was the Morgan Library.

Founded in 1906 by J.P. Morgan his library is a treasure trove of some of the earliest printed books, like the Gutenberg Bible, sheet music from Beethoven & Mozart, ancient manuscripts, murals, porcelain, etc. And it's all in an absolutely stunning room. 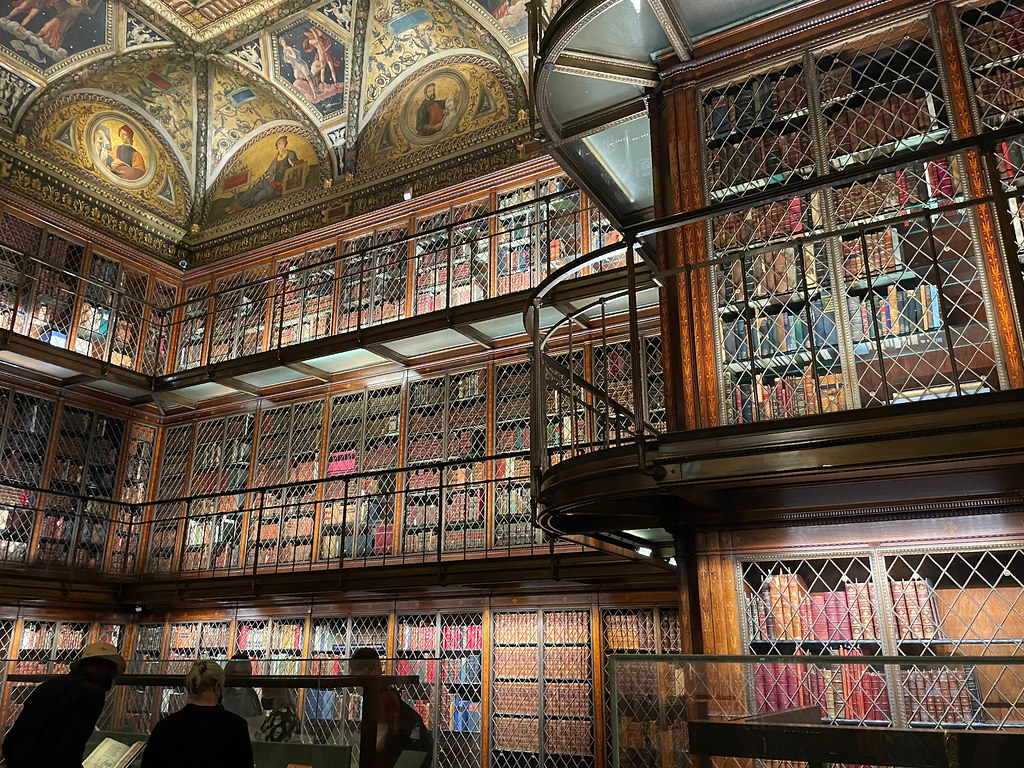 The museum holds special touring exhibits as well as Morgan's collection of 1,157 ancient Asian seals which date from the end of the fifth millennium B.C. to the fourth century B.C. It's quite unique!
Besides the library you can also walk through the study which is where Morgan met with friends and business associates. I loved exploring here! 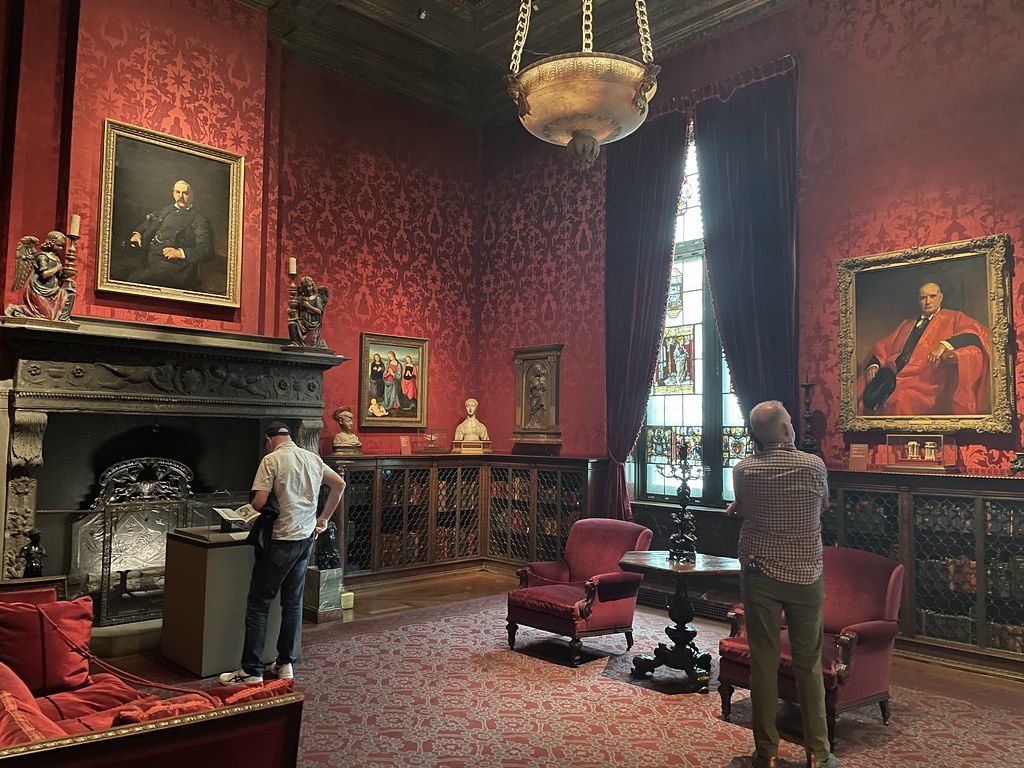 Far away from the Murray Hill neighborhood we took the subway down to the World Trade Center and exited through the magnificent Oculus. 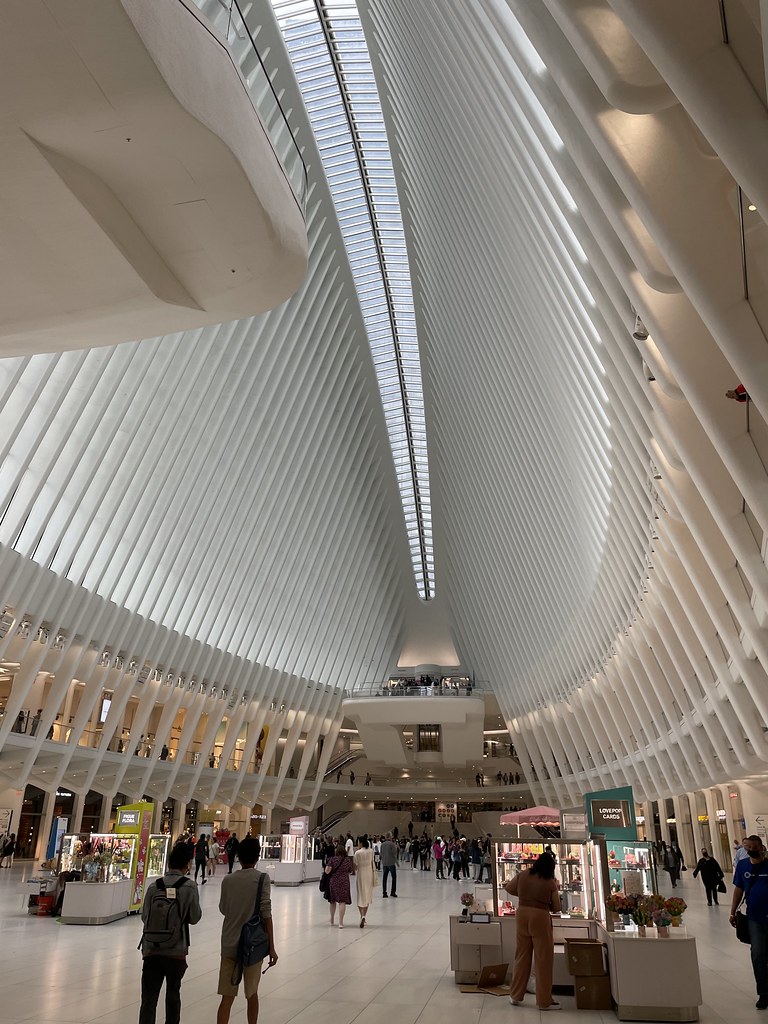 It's a stunning building, built along with the 9-11 Memorials on the grounds of the fallen World Trade Center buildings. Besides being a transit hub, it's also a shopping mall.
From here we walked around the 9-11 Memorials; two reflecting pools built on the site of the two towers that were destroyed, the names of all those killed engraved in bronze. 400 oak trees are planted on the grounds as well. It's a touching and somber and beautiful area. 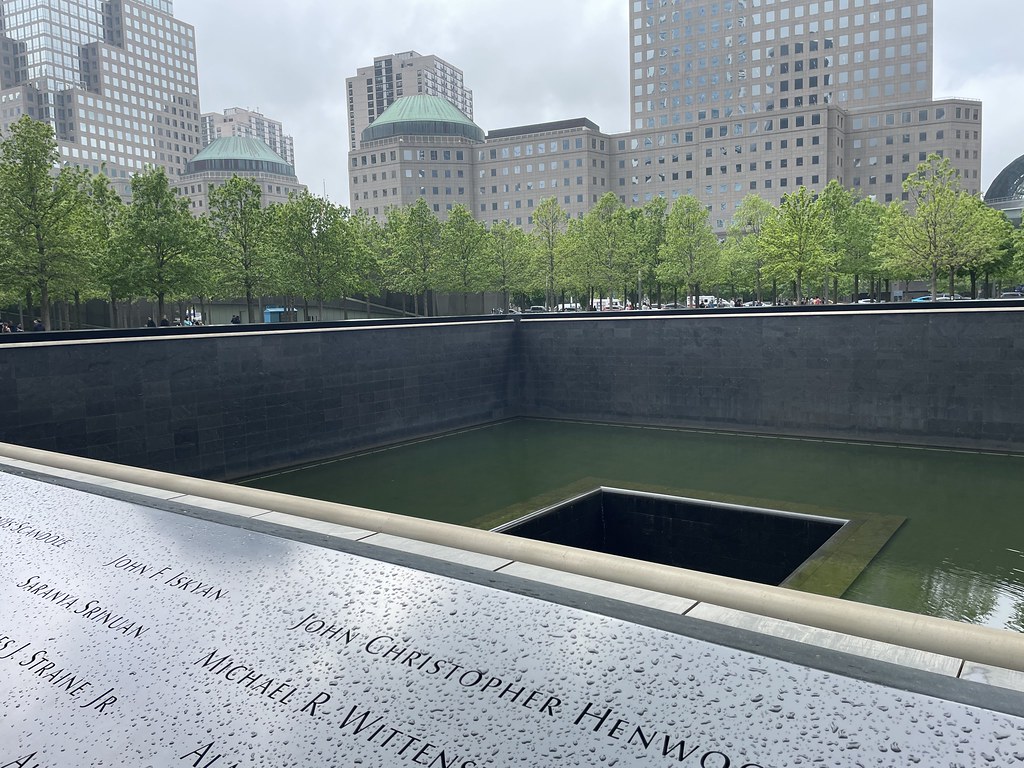 From here we walked to the Fearless Girl, which has been moved in front of the NYSE, but not before Lorraine took me to the lobby of Waystar Royco (I'm a BIG fan of that show!) 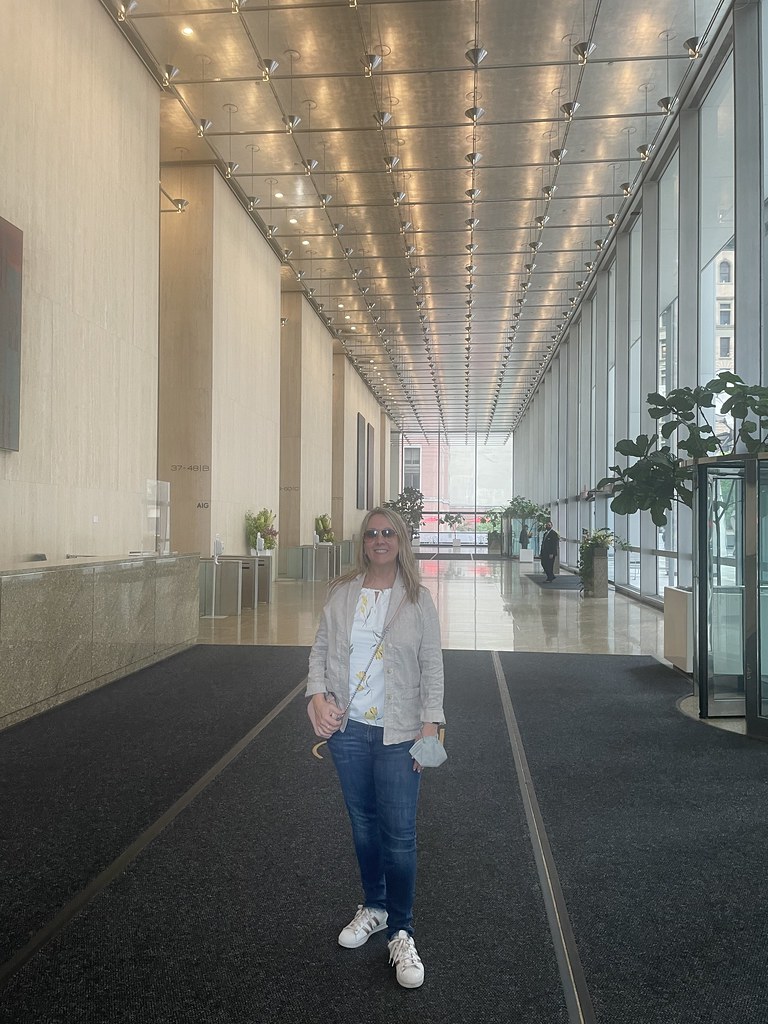 We continued on to the Charging Bull sculpture and it was about then that it started to rain. And I mean REALLY RAIN! Here in Seattle we get rain obviously, but it rarely pours down in sheets like I've experienced more than once on the east coast! So we ducked in the 176 year old Trinity Church which I hadn't been to since my very first trip to NYC when I was in college! 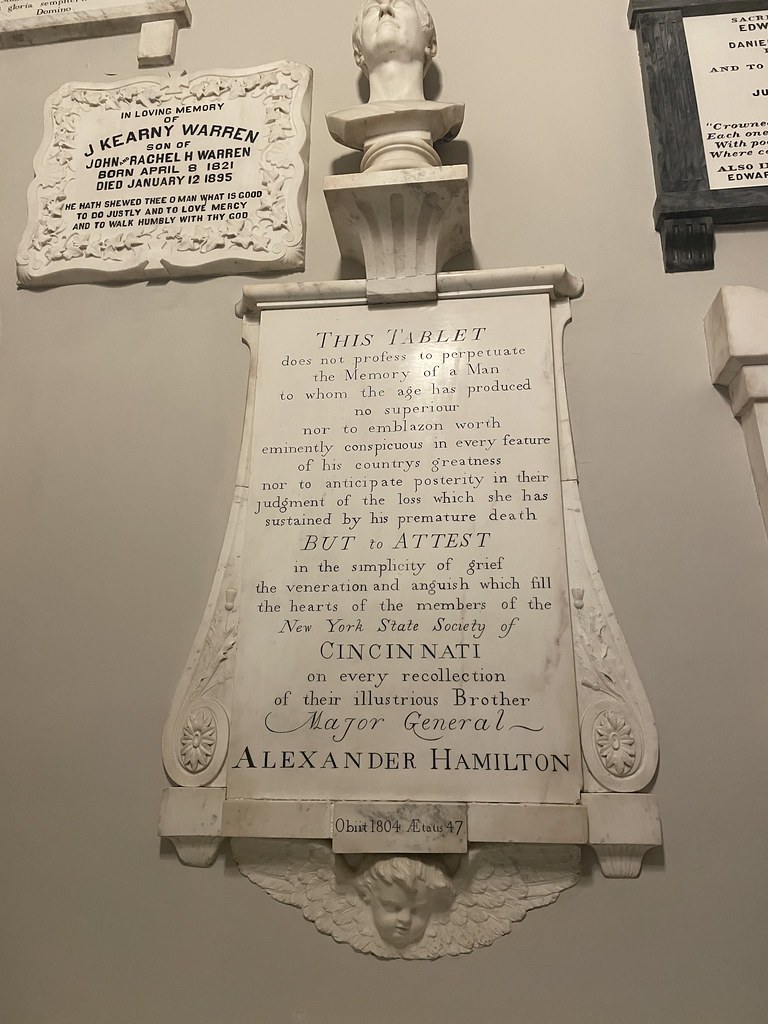 Another place I hadn't been to in years was the Met! In the past I've just wandered some of the main halls but for this visit we had tickets to two very cool exhibits. The first was In America: An Anthology of Fashion where clothing from the 1800's to the present were on display in the American Wing period rooms. 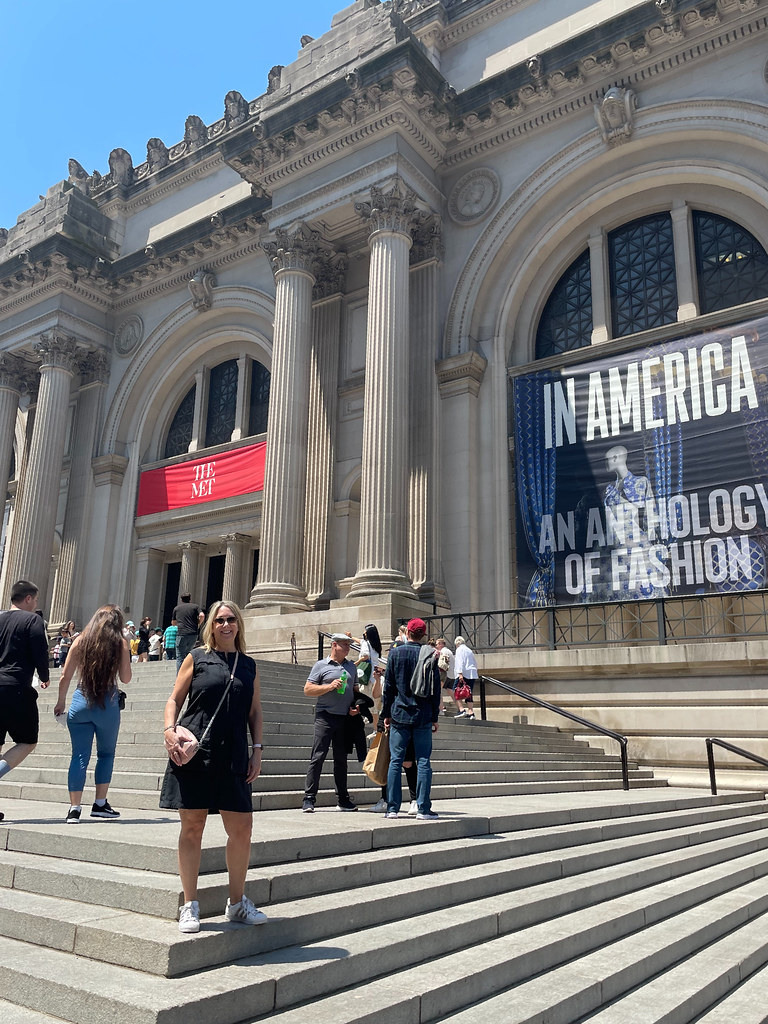 The rooms highlighted designers or styles that were influential of the time. There was a lot of great stuff here including a dress of Mary Todd Lincoln's, a side by side comparison of a couture dress and it's mass marketed knockoff, and an amazing display of American designers doing battle in a nod to the Battle of Versailles. 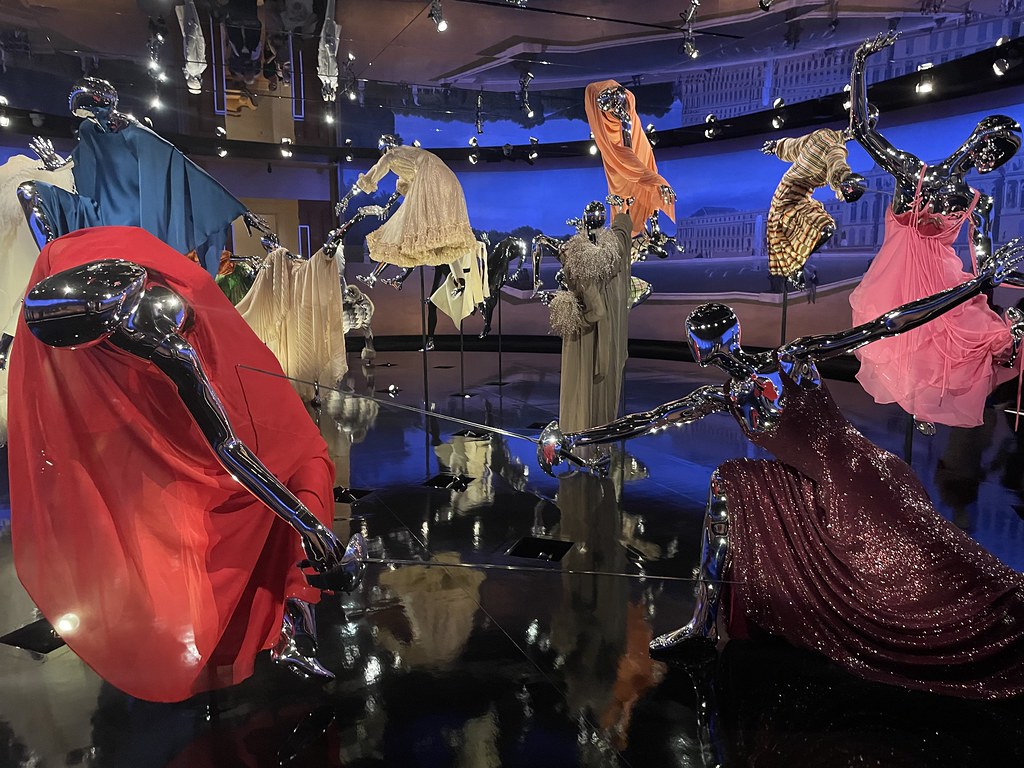 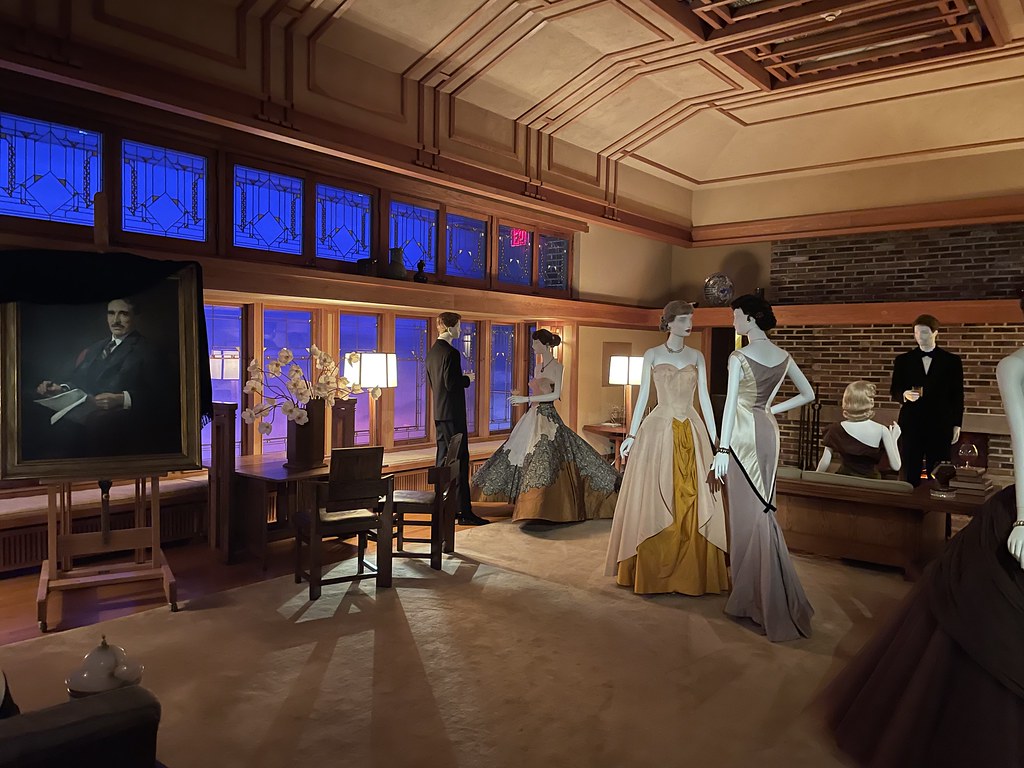 The second exhibit, In America: A Lexicon of Fashion, was downstairs in the Anna Wintour Costume Center. 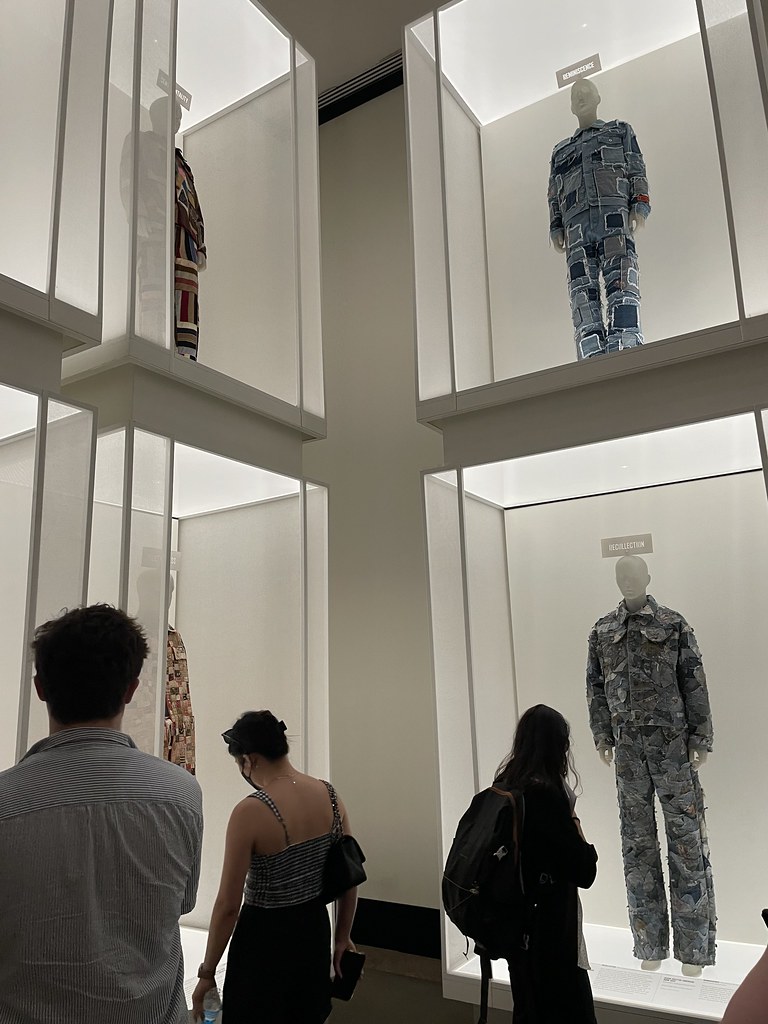 100 outfits from American designers were showcased, each in their own window. The "squares" made up a "quilt" of American fashion culture. 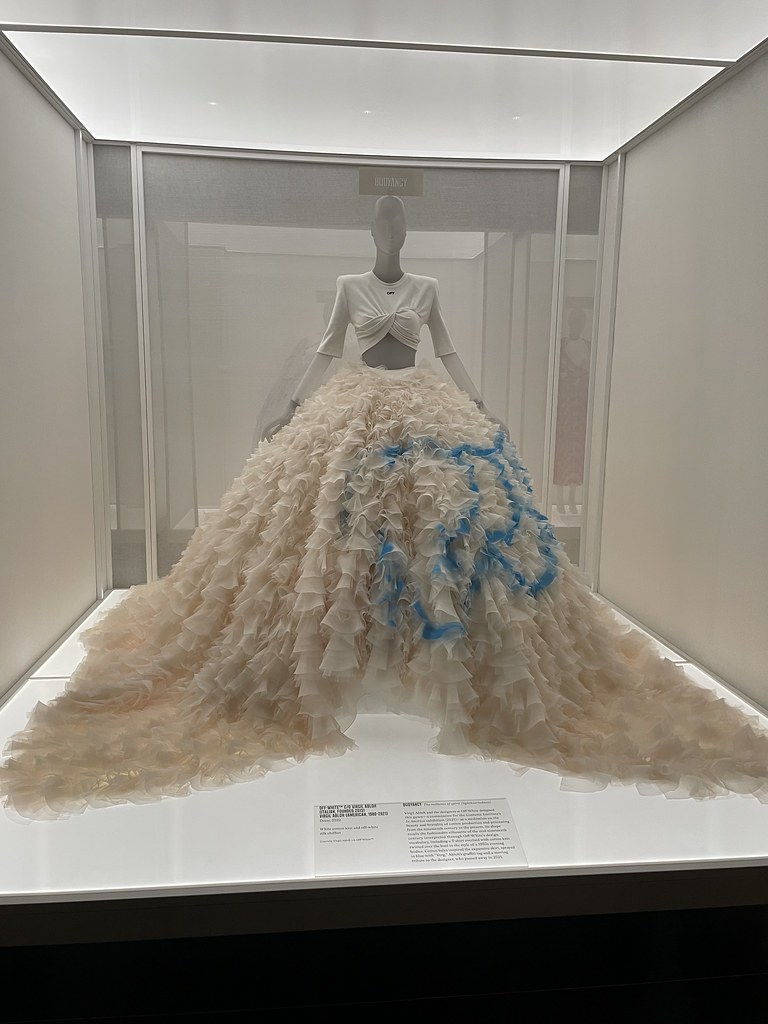 It was a stunning display; pure eye candy!
So great to get back to NYC, and so much fun to revisit some old fave places while discovering new ones.
All photos from New York here.
Other posts from this trip:
Drink Like a New Yorker
Eat Like a New Yorker