Ten Things To Do in Ho Chi Minh City: Part 2

I don't think I've ever been to a city that has more rooftop bars. They are really a thing in HCMC! The first one we checked out was Social Club on top of the Hotel des Arts Hotel. They have a long G&T menu, pairing different gins with tonics that they feel are complimentary, fantastic city views, and a scary glass bridge that you can cross, 25-floors up. It's a bit posh and definitely more expensive than other places we drank at but we had a great afternoon up there. 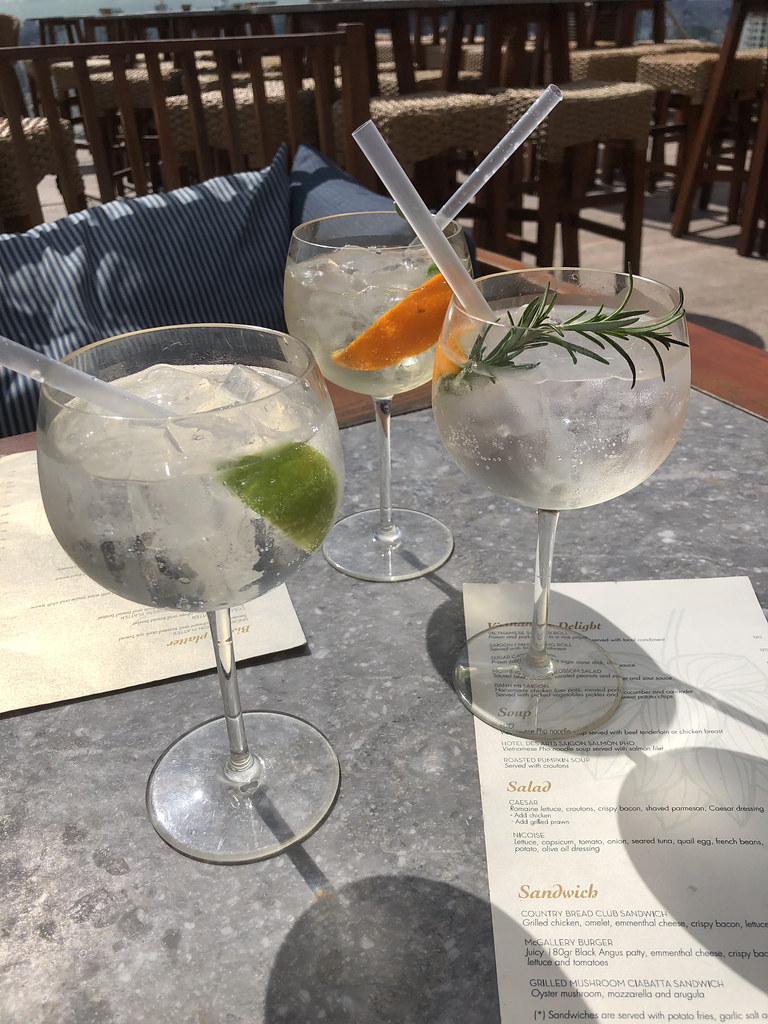 More casual was the oddly named Broma Not A Bar. It took us a bit to find the building, marked only by its address, and then work our way up the dark interior stairs to the roof. But the bar has good views of Nguyen Hue Street, is very comfortable, and had a large craft beer list as well as cocktails. 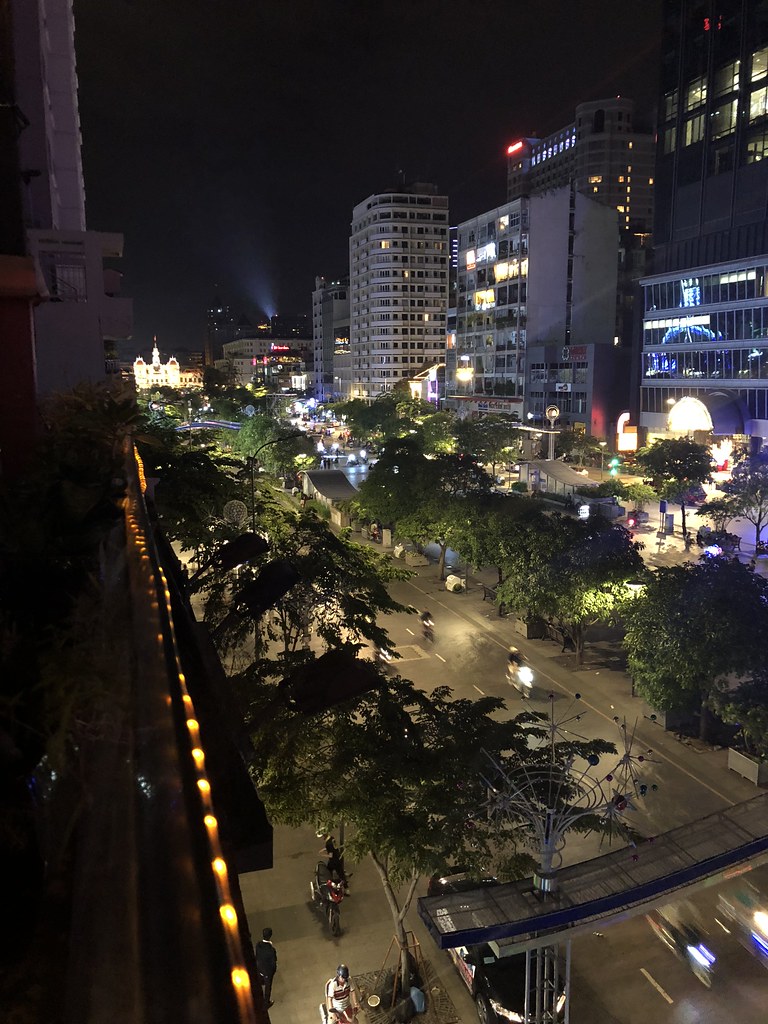 The Caravelle Hotel rooftop bar is well known for being the bar to correspondents during the Vietnam War. The bar has a good menu of drinks, and has both inside and outside options.

As we were there during the holidays the hotel also had some large and very fun gingerbread displays, including a replica of the hotel itself! 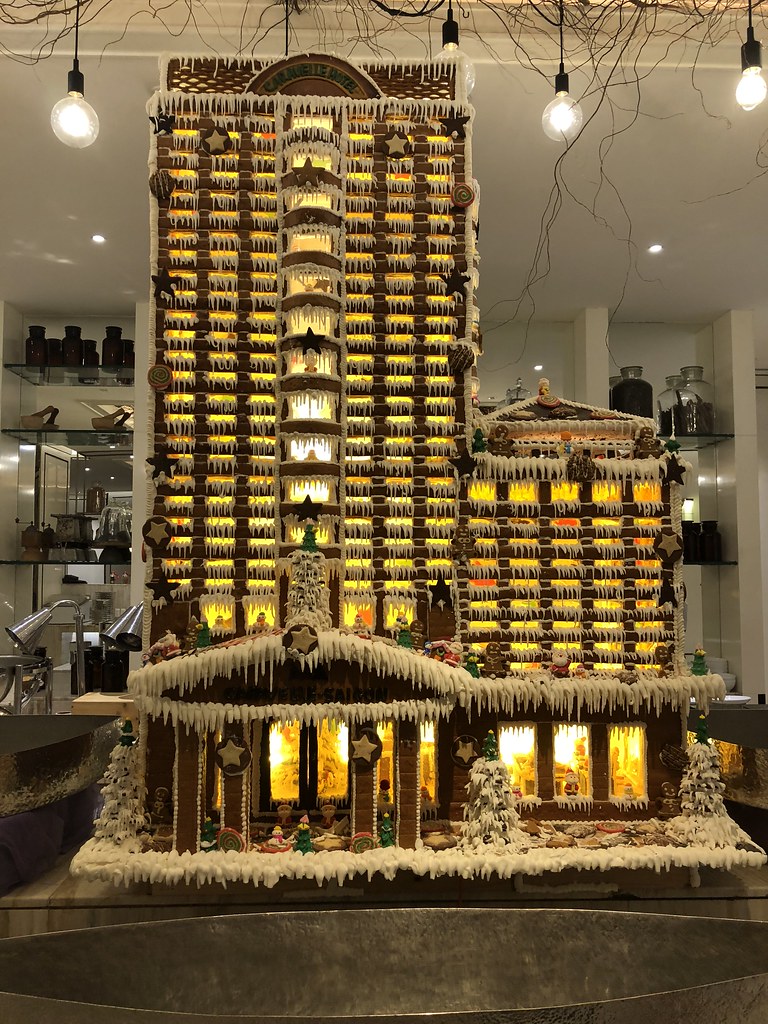 One night our group decided to take a "Back of the Bike Food Tour". Ho Chi Minh City is huge with over 10 million people and 8 million bikes. Roads are jammed packed with bikes and intersections don't always have signals. Crossing the road can be a death-defying act. So we were all a bit nervous, and a bit excited, to zoom around the city on the back of a motorbike. 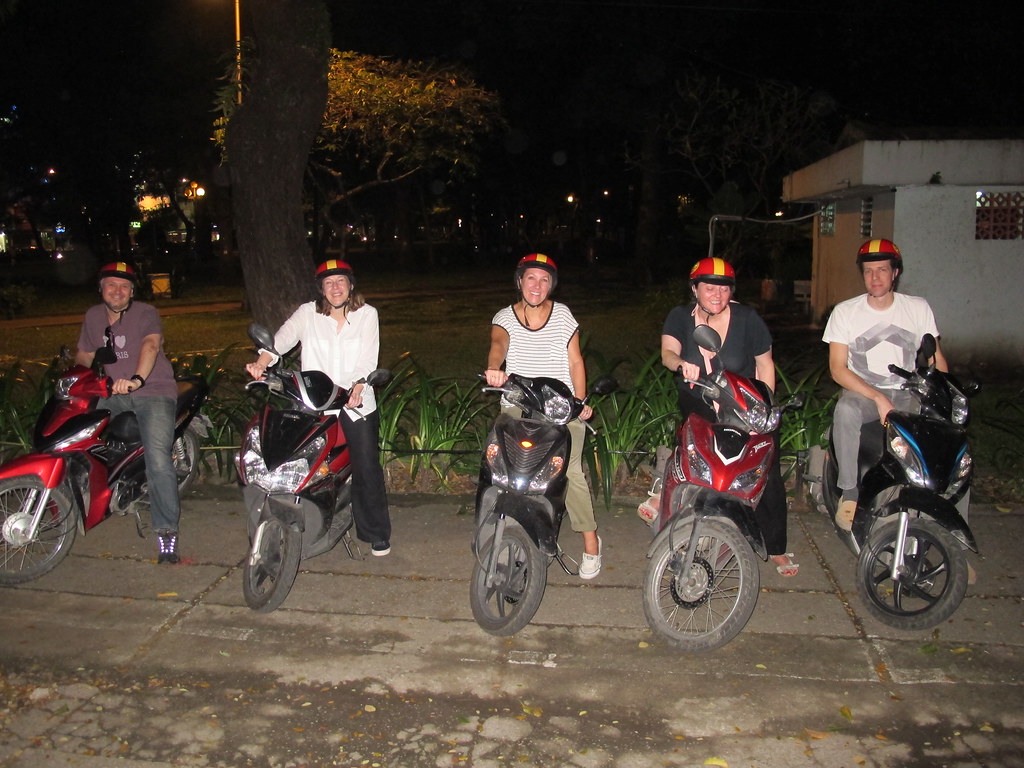 We were picked up at our Airbnb and set out for the night. Our tour was 3-hours and our drivers were mainly college students, they were super friendly, fun, and great to chat with.

I started out so nervous that my guide joked I had "very strong thighs"! haha! There was more than one intersection where we came very close to having a collision. But that's kinda the way it is in Saigon! 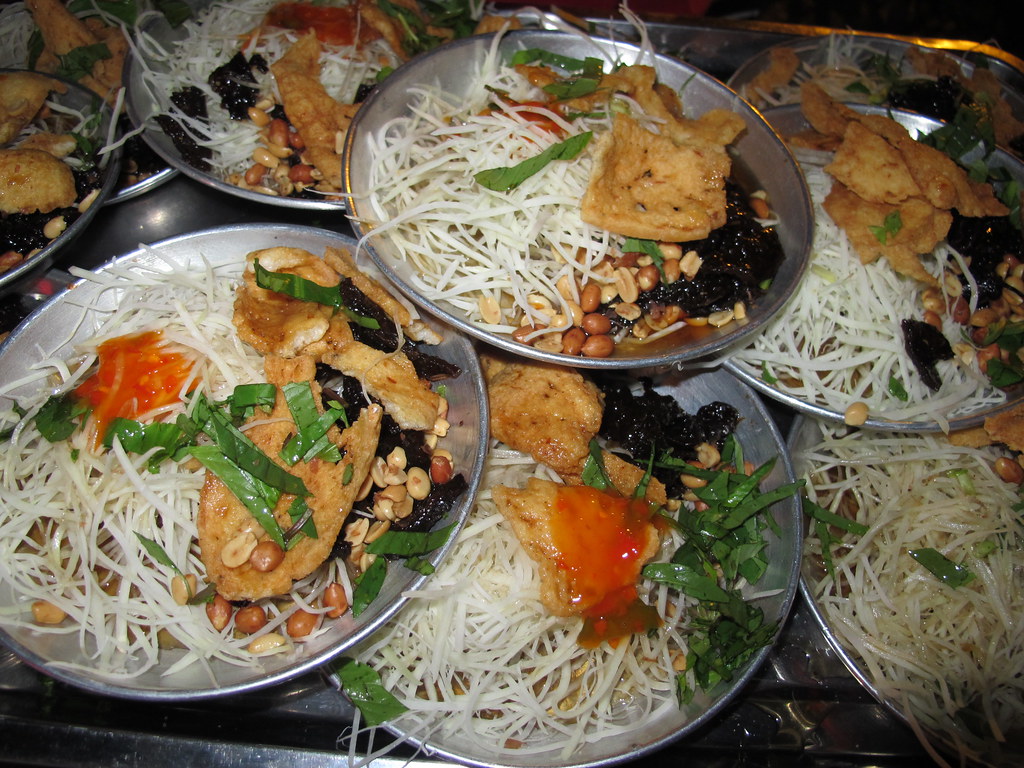 We made five different stops, all over town, and at each one we were served drinks and the specialty of the house. Everything was delicious and our guides also sat with us and showed us how locals would use each condiment and eat each item. 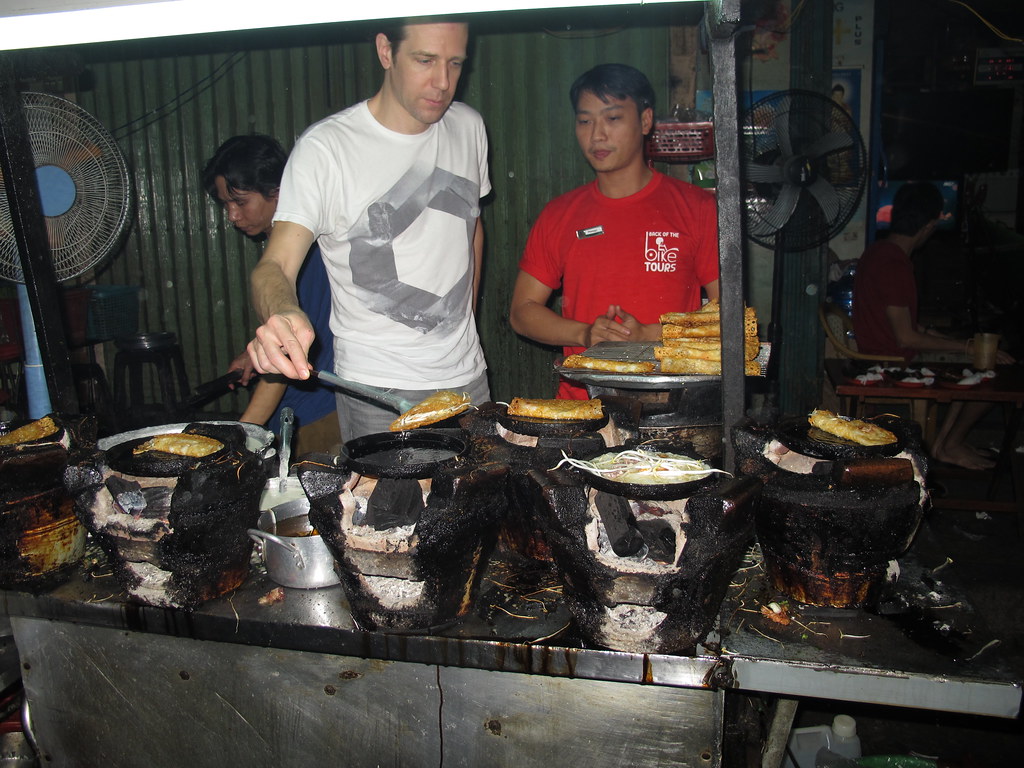 Our friend James got to try making banh xeo, and at this particular stop you could try balut eggs also. These are the eggs containing a partially developed fetus. I chose not too but I think Forest did?

At the end of our trip, our guides nicely offered to drop us off at the cocktail bar we were going to. And I was definitely in need of a cocktail! 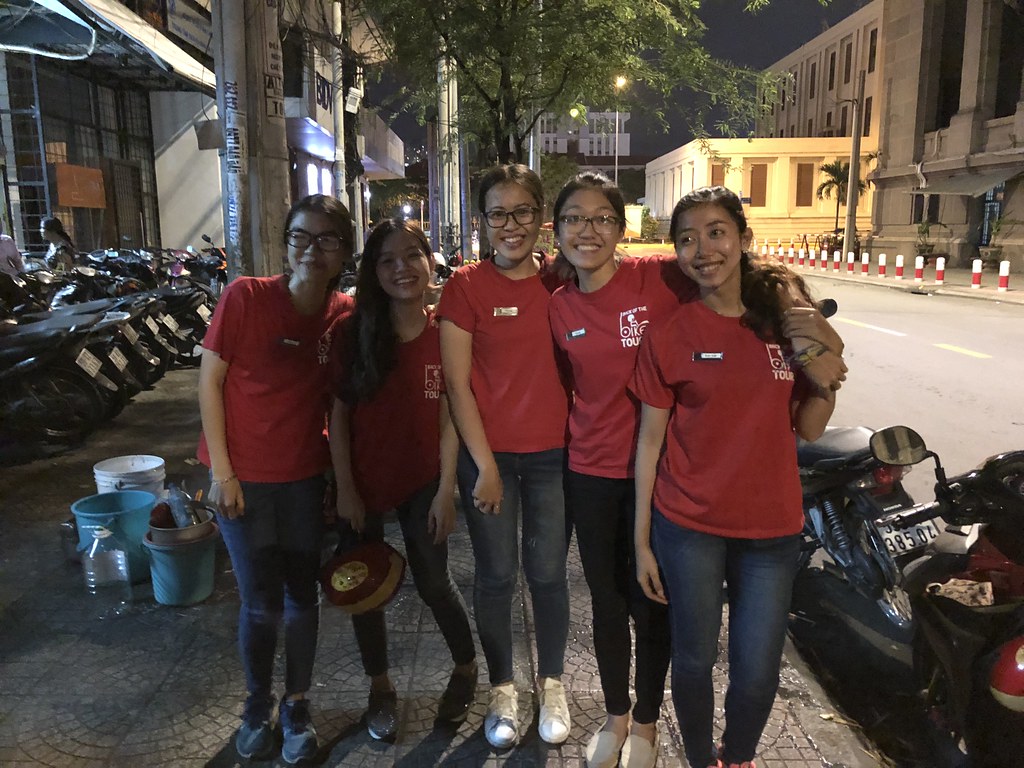 It was a fantastic tour, I highly recommend!

Vietnam's history here can be a little overwhelming. As can trying to understand this one-of-five still communist governments in the world. I have only been to communist Cuba before, which is much more traditional with its lack of capitalist businesses, ration-carded locals, and a government which is still very much feared. Vietnam has one of the fastest growing economies in the world right now, which I don't generally associate with communism. 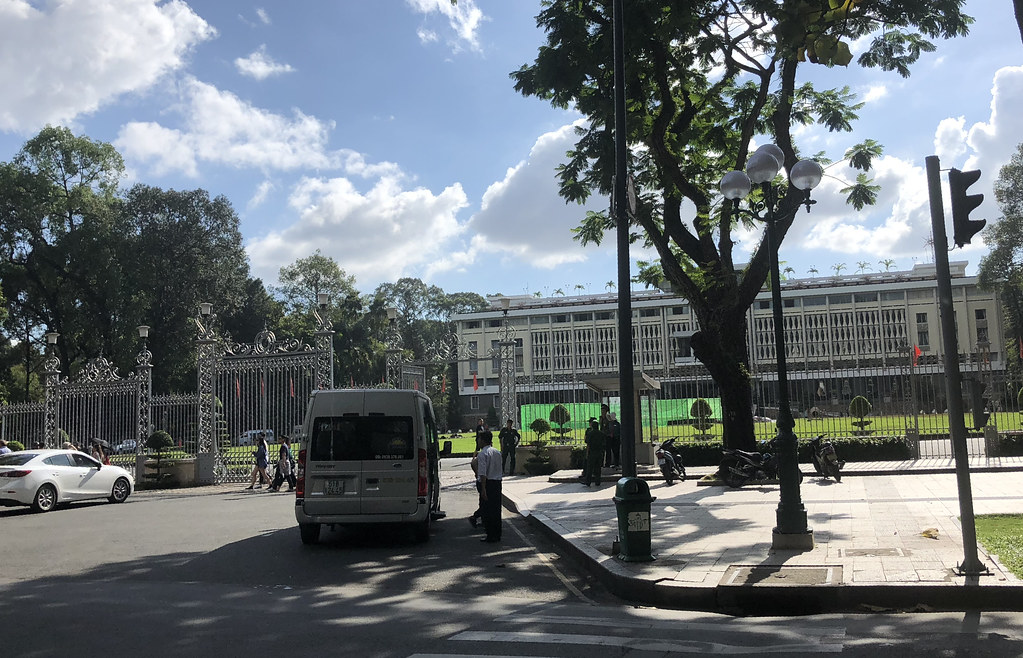 We started our trip with a nice walk around the city, and it was easy to spot the communist flag flying from all government buildings. We strolled past the Reunification Palace, the site of the end of the Vietnam war when a North Vietnam tank crashed through it's front gates.

From here we walked to Notre Dame Cathedral, and then into the big old beautiful central post office. 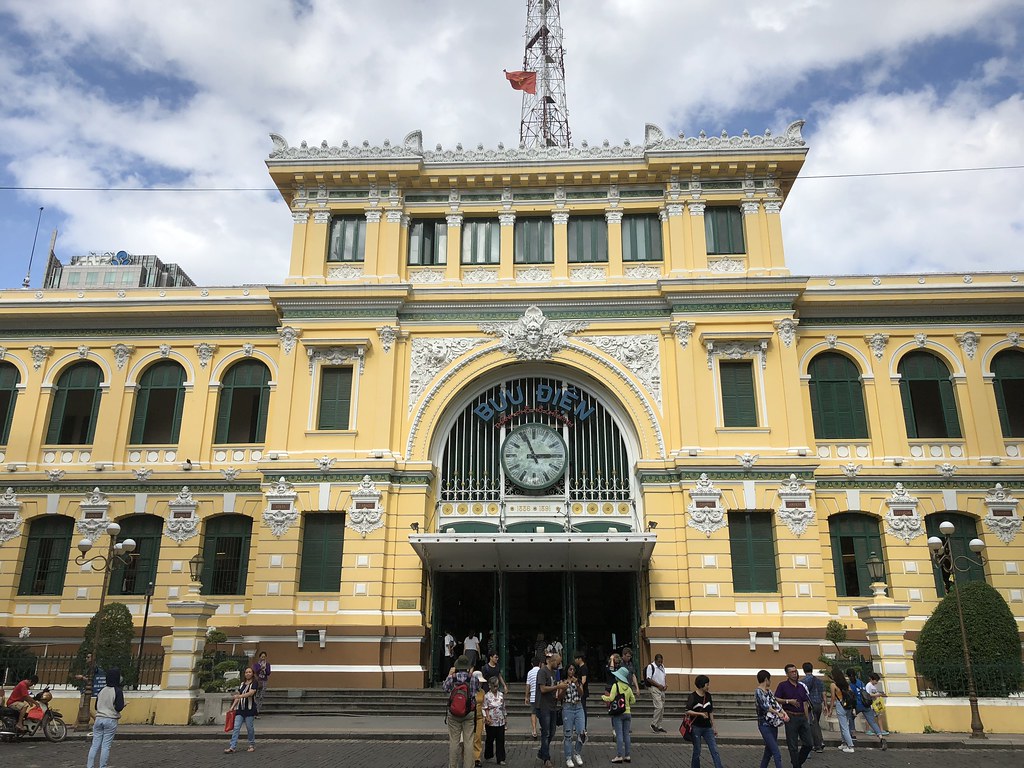 We continued on to the Hotel de Ville, and then into the pretty city park where the statue of Ho Chi Minh stands. 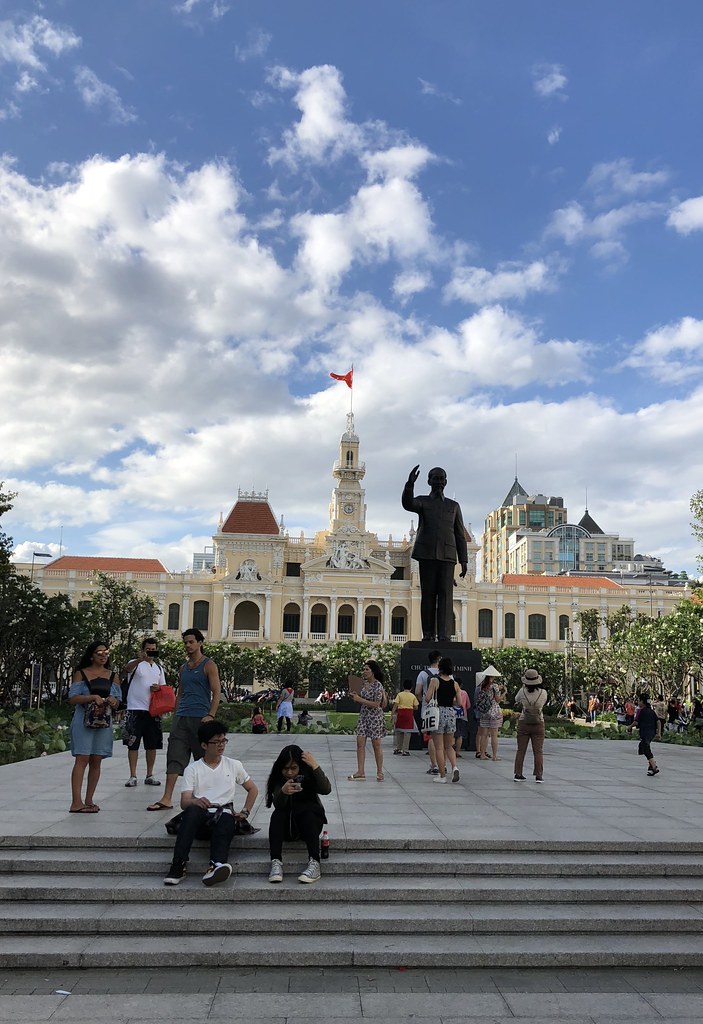 Another day we all met up at the War Remnants Museum which chronicles the support from other countries of Vietnam as well as the war crimes of the Chinese and Americans against the Vietnamese during the war. It's not for the faint of heart and I had to cut my visit short after about an hour. 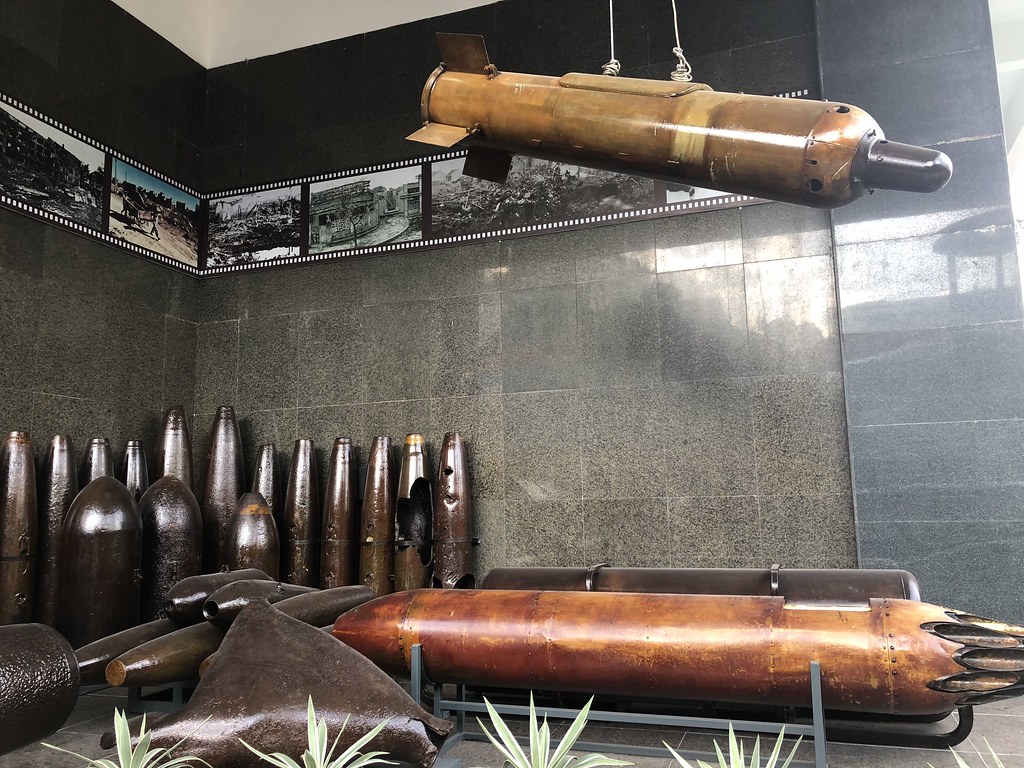 There are also displays of bombs used on the country, and planes, helicopters, tanks, etc. that were captured or left after the war.

Vietnam is known for their coffee and for good reason. Served hot it typically arrives with a traditional single brewing filter. Served iced, I had mine with regular milk, but condensed milk gives you a decadent caffeinated buzz. 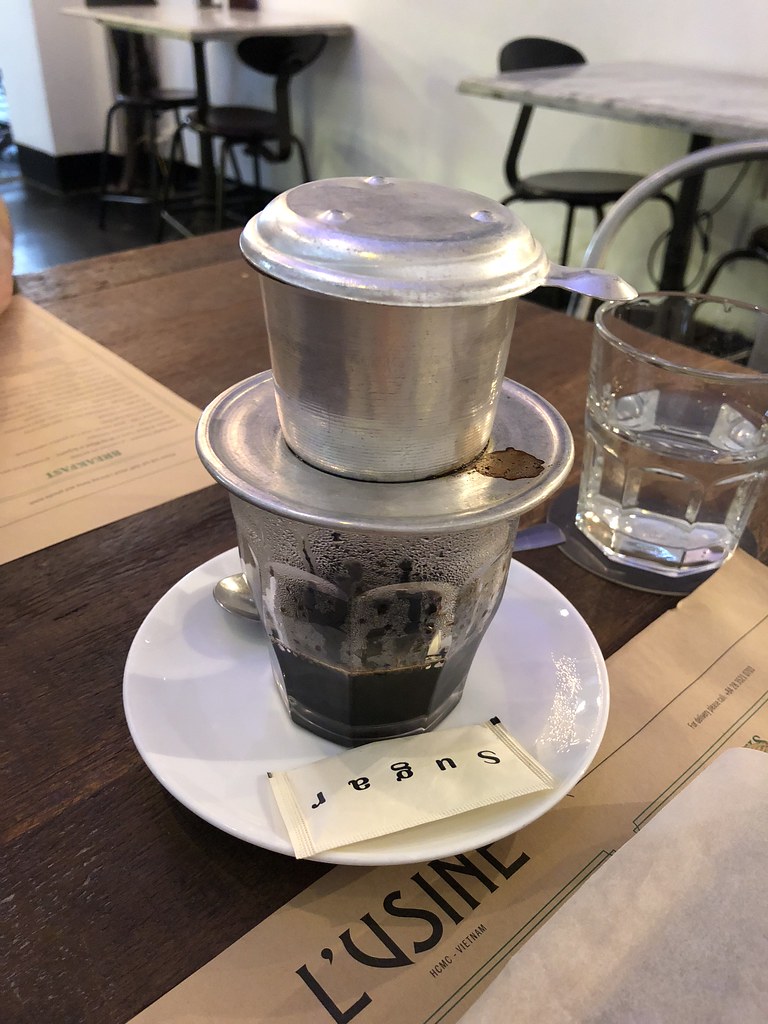 Caitlin and I went shopping at one of Nguyen Coffee retail shops so that we could bring home bags of beans. They also sell the little tin pour over contraptions.

One morning we made our way to L’Usine cafe. This part boutique/part cafe, served up excellent coffee. We also had a delicious brunch here. It wasn't a cheap & cheerful type of spot but it was very good and it's in a cool building. 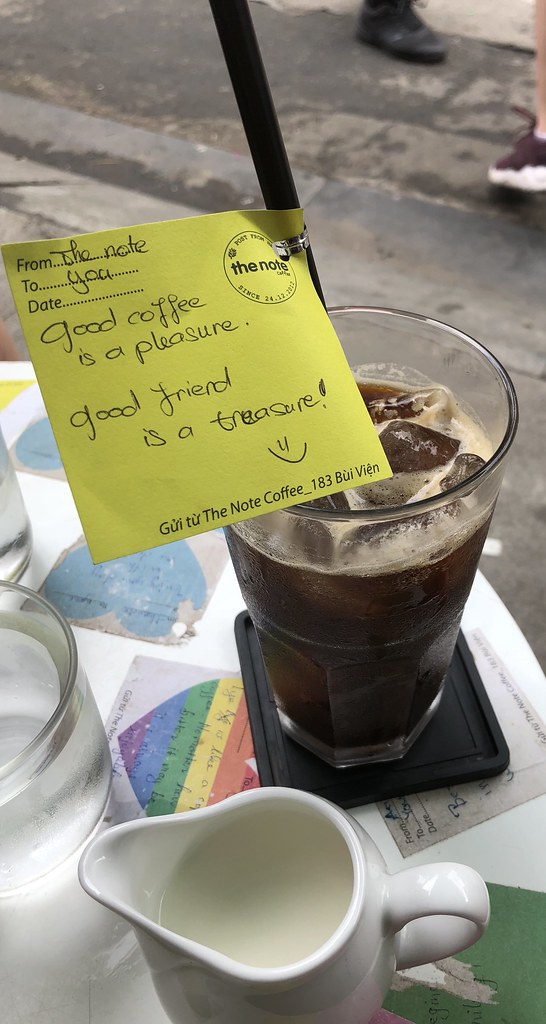 In the backpackers district, near our spa, we checked out The Note Coffee. The baristas spent about 15 minutes asking us all sorts of questions regarding how we wanted our coffee order. We were served delicious coffee, with cute little notes attached, at a ridiculous expensive price. The free WiFi almost made it worth it.

Ben Thanh Market sits right in the center of District 1 and is bustling with every type of good you could want. Clothes, household items, produce, meat, flowers... it's all here. We stopped in one afternoon in search of a snack and were confronted with way too many options. We chose to sit at a very small stall that was being run by 3 women, and the specialty seemed to be all manner of mollusk. Not on ice. 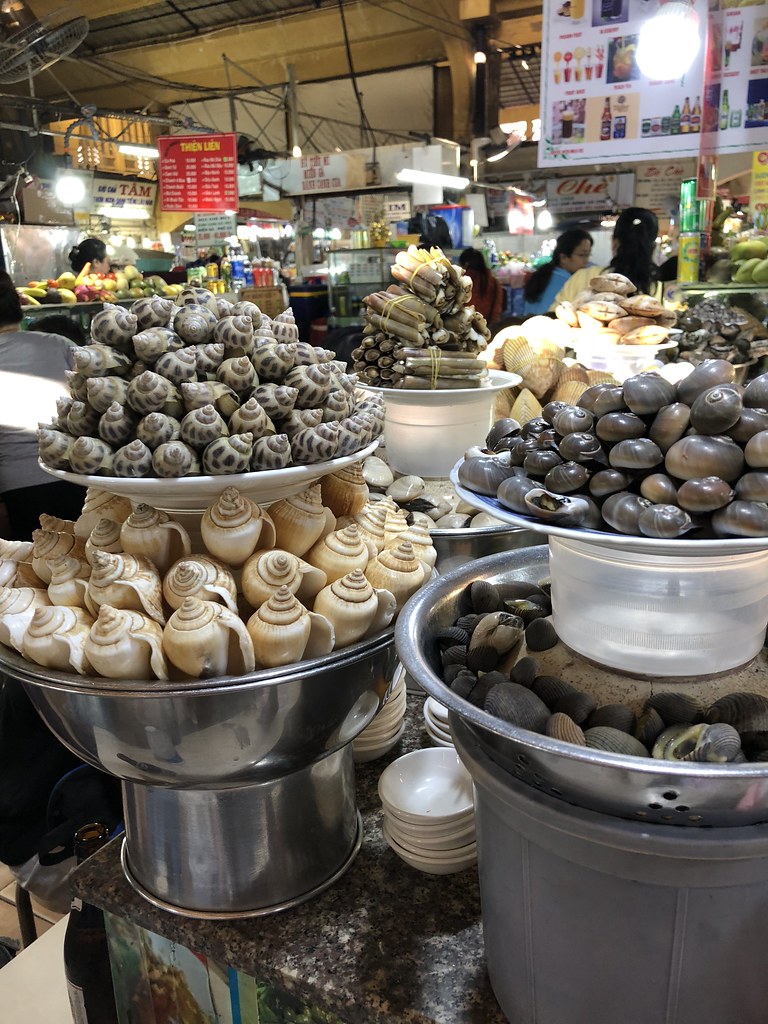 We went for the safer items of bo lot and bun cha  with a few beers. But the displays of shells were impressive and they had a lot of customers ordering. I was just amazed that the 3 women were able to prep, cook, and do dishes in a space the size of my bedroom closet!

It was really hot that afternoon and it was sweltering in the market so we only did a quick browse after our snack but it's an awesome market for sure. 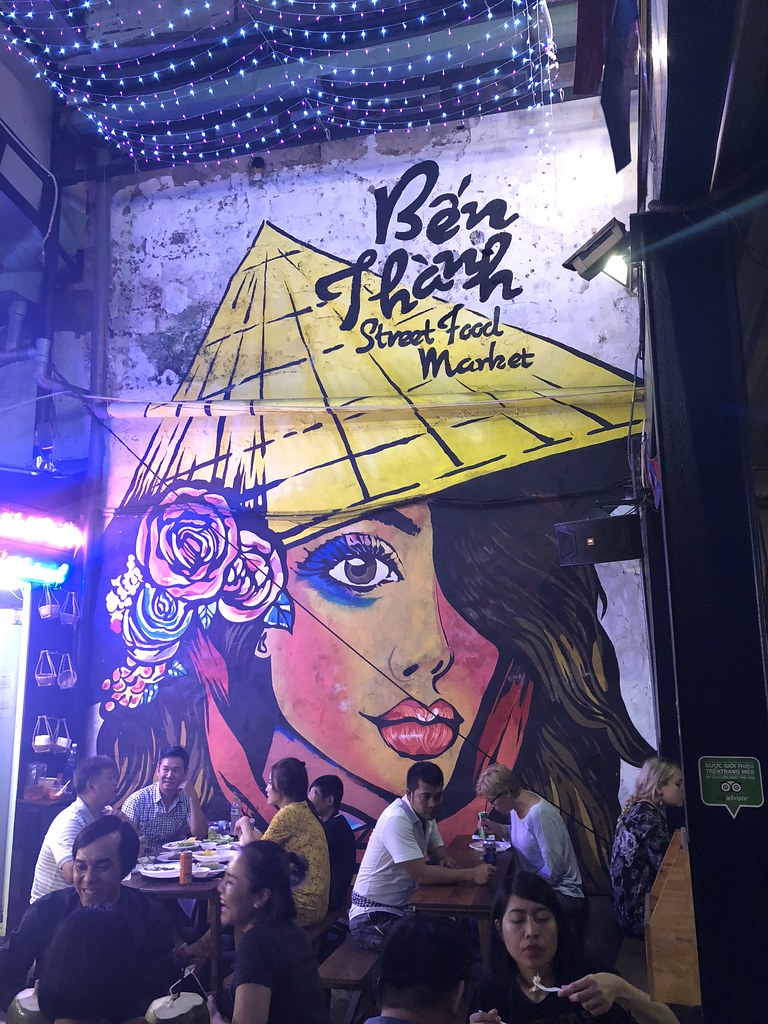 There is also the Ben Thanh Street Food Market which happens at night. It's a great atmosphere with all sorts of food stalls, communal picnic tables, and is very tourist friendly. In fact, I doubt there were any locals but it was perfect for our group as we could all get whatever we wanted and sit together with a bunch of Tiger beers. 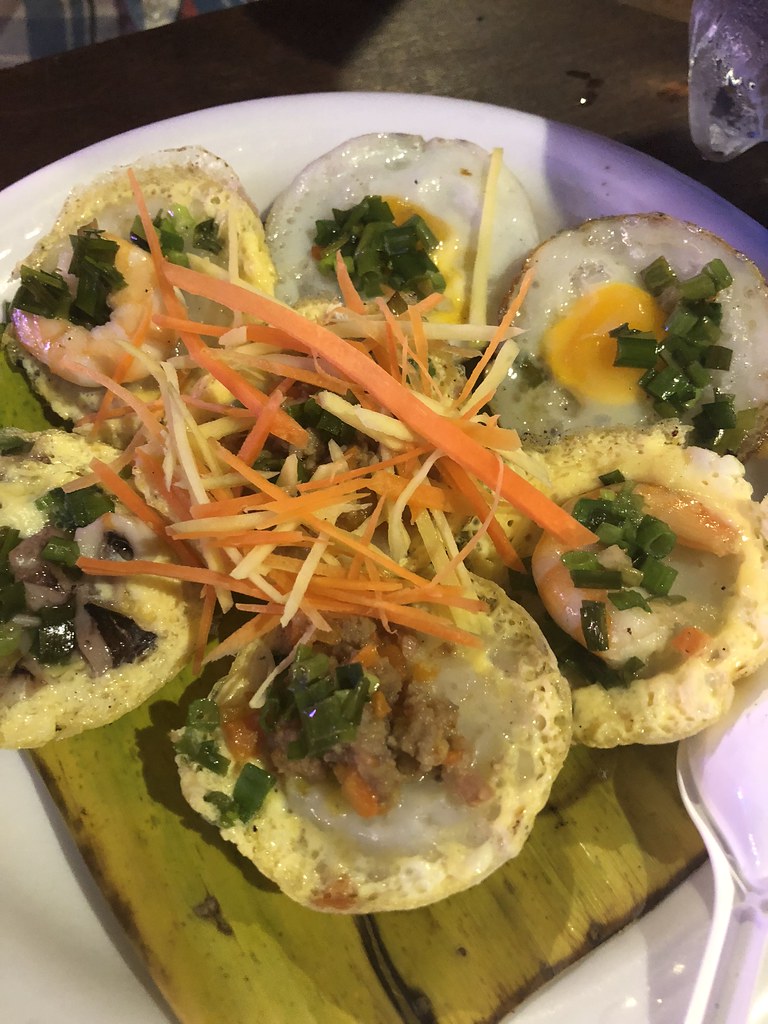 I was after banh khot, tiny savory rice flour "pancakes". I found them and got a delicious variety order of them, as well as had some great bo lot  and a good banh mi.  It was also a very fun atmosphere. 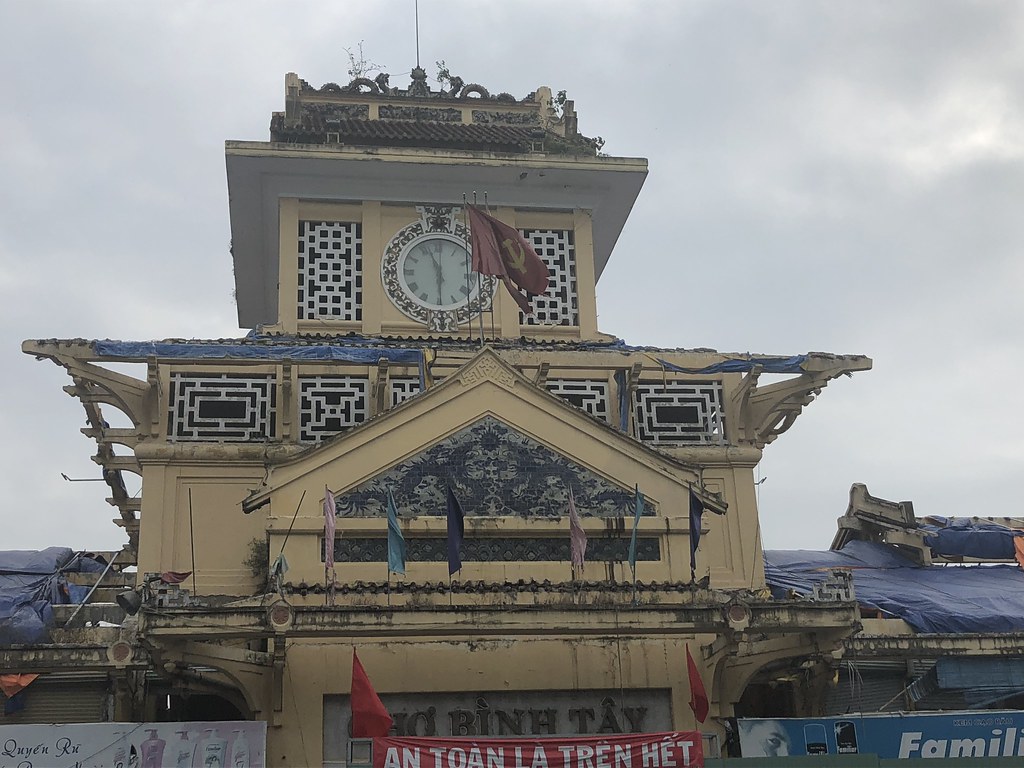 Farther away in the Cholon district, we visited the Binh Tay Market. This area is called Chinatown and the market is massive! When we were there, the main building was under construction so stalls were in long, narrow, temporary buildings. Each one seemed to be selling the same things; one of kitchen products, one of candy, one of Chinese New Year decorations. The walkway down the middle was hardly there! 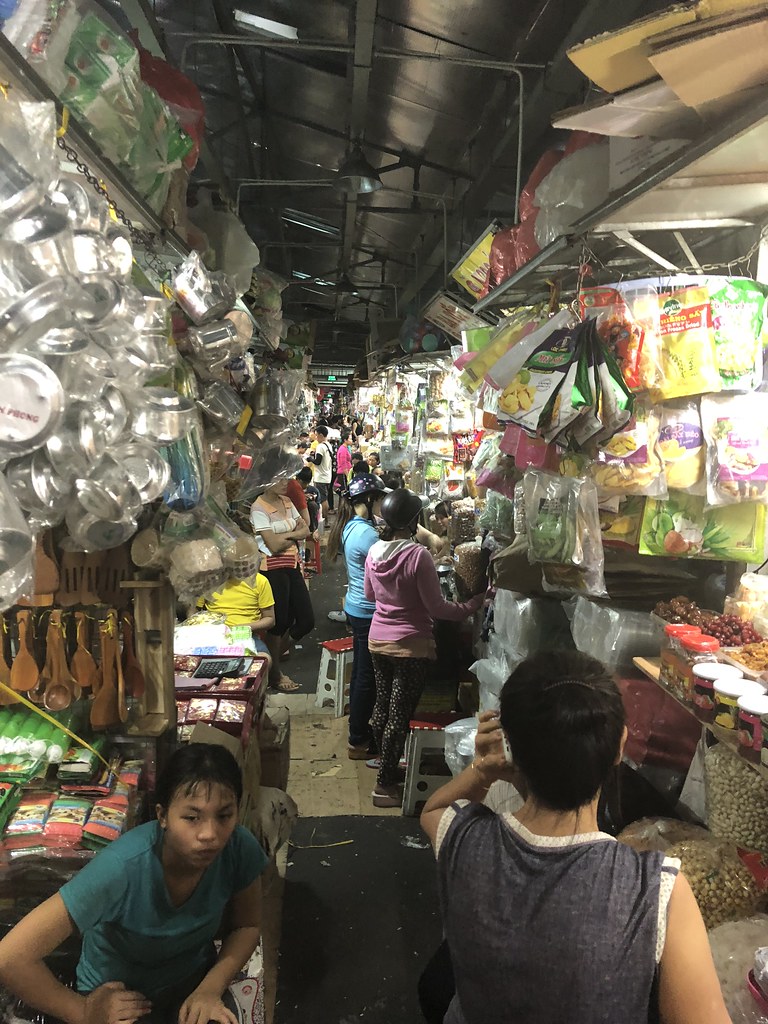 When we were able to find a proper walkway we had to jump out of the way of motorbikes and dodge street food vendors. It was a madhouse and very claustrophobic! It was also unlike any market I have ever been to (which is a LARGE number!). 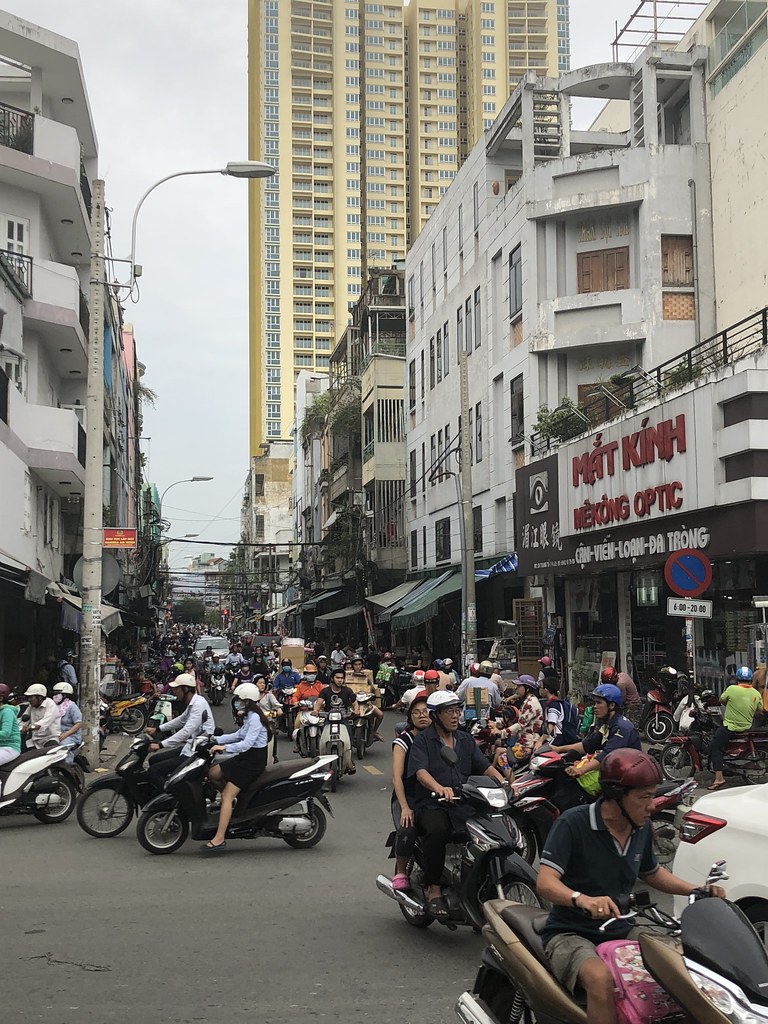 The Cholong neighborhood was also an absolute sea of traffic. Just the noise was confusing to the senses! Buses, taxis, cars, motorbikes, pedestrians, all jammed together with no streetlights or crosswalks. It was crazy!

I'd recommend going to this market and area but I would actually hire a private guide to lead. 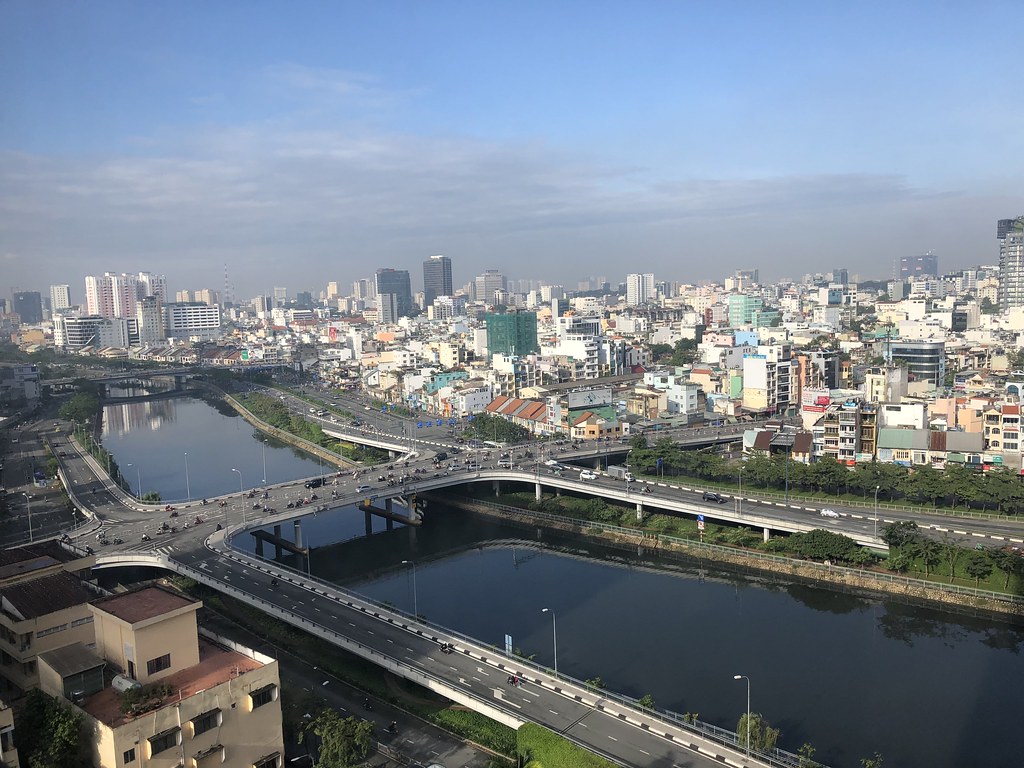 We found that there was so much to do, see, and eat in Ho Chi Minh City that we never got outside of it for any day trips. I absolutely loved this huge bustling city and hope to get back to explore more.

Other posts from this trip:
Ten Things To Do in Ho Chi Minh City: Part One
Cruising the Mekong River
Sailing Away; Vietnam to Cambodia
Ringing in 2018 Phnom Penh Style
Wat a First Day
Temples Take Two
Stationed in Siem Reap