Trip date: November 2019
As is the norm for people in Seattle during the winter, I wanted to go someplace warm and sunny over Thanksgiving. My friend Gail had an Alaska Air companion fare that was expiring and wanted to use it. She also mentioned that she had wanted to go to the Turks and Caicos since another friend of ours had gone.

I didn't really know too much about these islands except that my brother had been and had told me the beaches were amazing. I didn't really need much more convincing than that! We booked round trip flights to Fort Lauderdale and decided to spend one night on Miami Beach on the way down.
The trip started out on a high note as we were upgraded to First Class! That always helps to take the sting out of having to get up early. We took an Uber from FLL to the AC Marriott Miami Beach. We barely had time to change and then we were back in an Uber heading to The Surf Club for dinner. 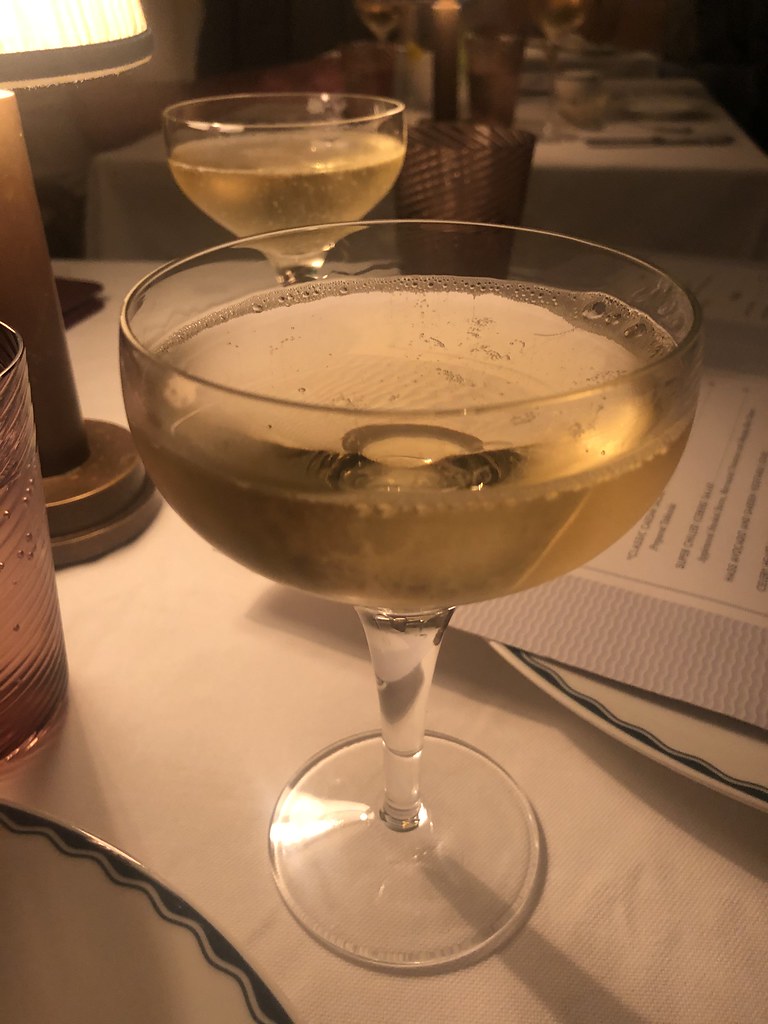 Thomas Keller's restaurant, inside the Four Seasons Hotel, is full on old school glamour. There was a champagne cart, tableside Cesar Salad, servers in beautiful suits. We were thrilled! Gail's pasta was accompanied by a waiter carrying a wooden box, inside was a white truffle which he then shaved an obscene amount onto her plate. I had lobster thermidor which was insanely rich and decadent. 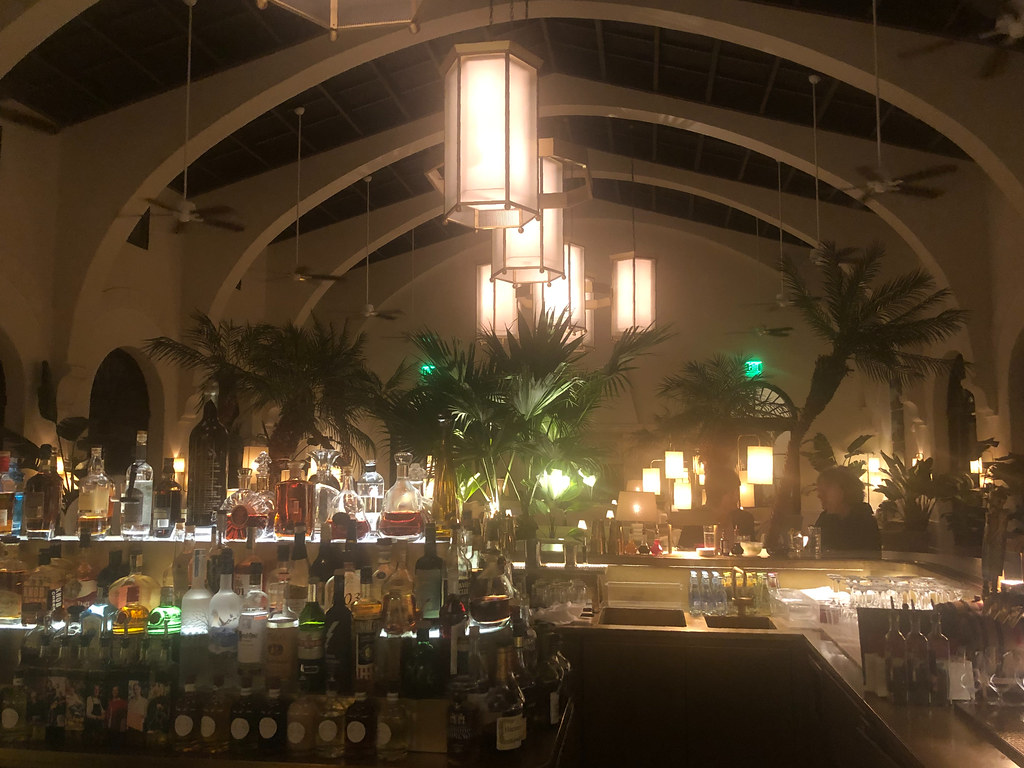 Afterwards we had nightcaps in The Champagne Bar. It was a pretty luxurious evening and I'd happily do it all over again!
It was a 1 ½ hour flight on American from Miami to Providenciales Island, also known as Provo. We actually almost missed the flight as we were enjoying some margaritas at the airport; the very last people to board! We took a taxi from the airport to our hotel the The Sands at Grace Bay for about $40 (even though Turks is a British Territory they use the US Dollar, go figure).
We had booked a 2-bedroom ocean view unit at the 4-star resort and we were ready to get a tropical drink and hit the pool! Except when I went to the desk and gave them my name to check in they told me they'd be right back with the manager. Not a good sign. 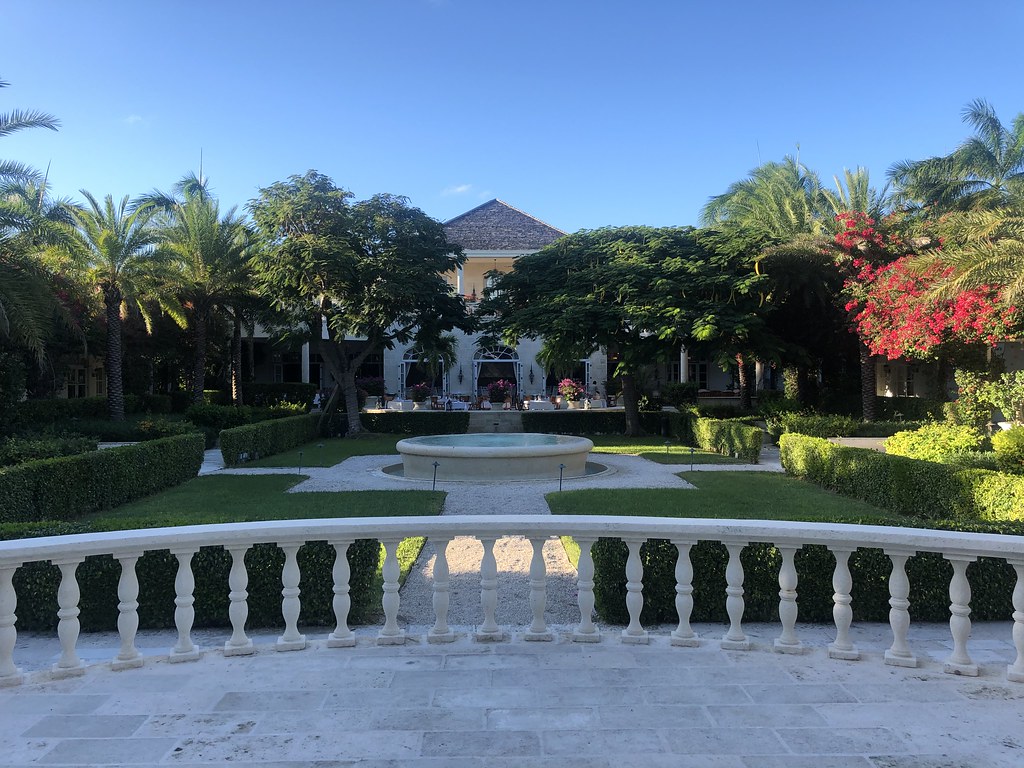 Long story short, they had overbooked the hotel. But they were putting us up at their sister property the 5-star The Palms for the same price. After a bit of negotiating they actually put us in a 2000 square foot owner's suite; 2 bedrooms, 2 bathrooms, and ocean views from the living room, kitchen, and dining room. The suite normally goes for $2500 per night! We had to wait quite a while to get into the room however as the owner had just left after being there for a month so they had a lot of cleaning to do. I also negotiated that we each got $100 credit at the swim-up bar since that's where we would be hanging out until it was ready. It was absolutely ridiculous! 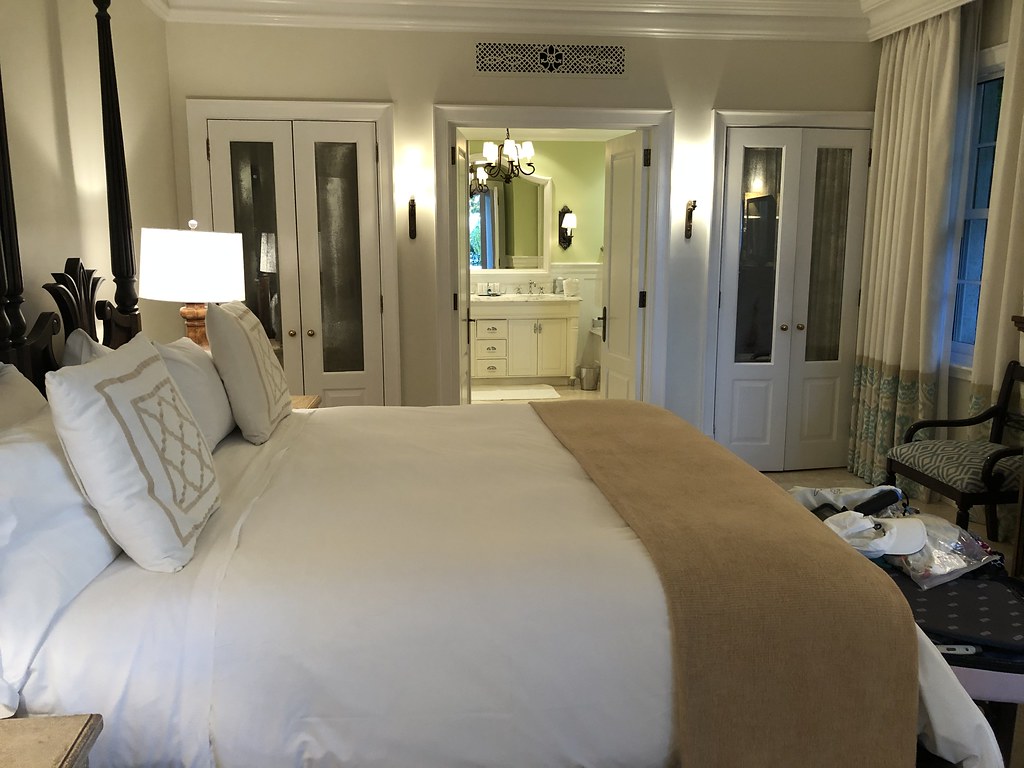 We spent the next six days completely giddy about our fancy suite with uninterrupted views of the ocean. When hot tub conversations with other vacationers turned hoity toity we pointed to our suite and watched their jaws drop. LOL!! 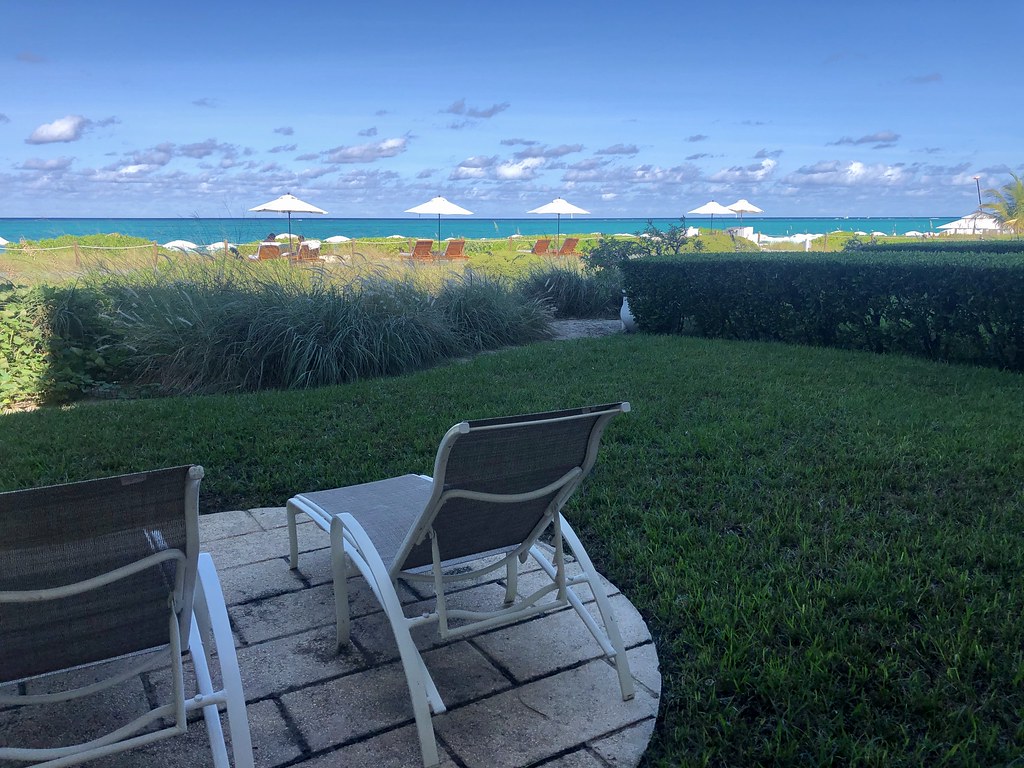 Gail made friends with one of the pool-girls and every morning she had our loungers made up and waiting for us. Our daily schedule was made up of morning beach walks, breakfast buffet (included with our room) outside at the hotel's garden patio, and then the entire day by the pool or on the beach. 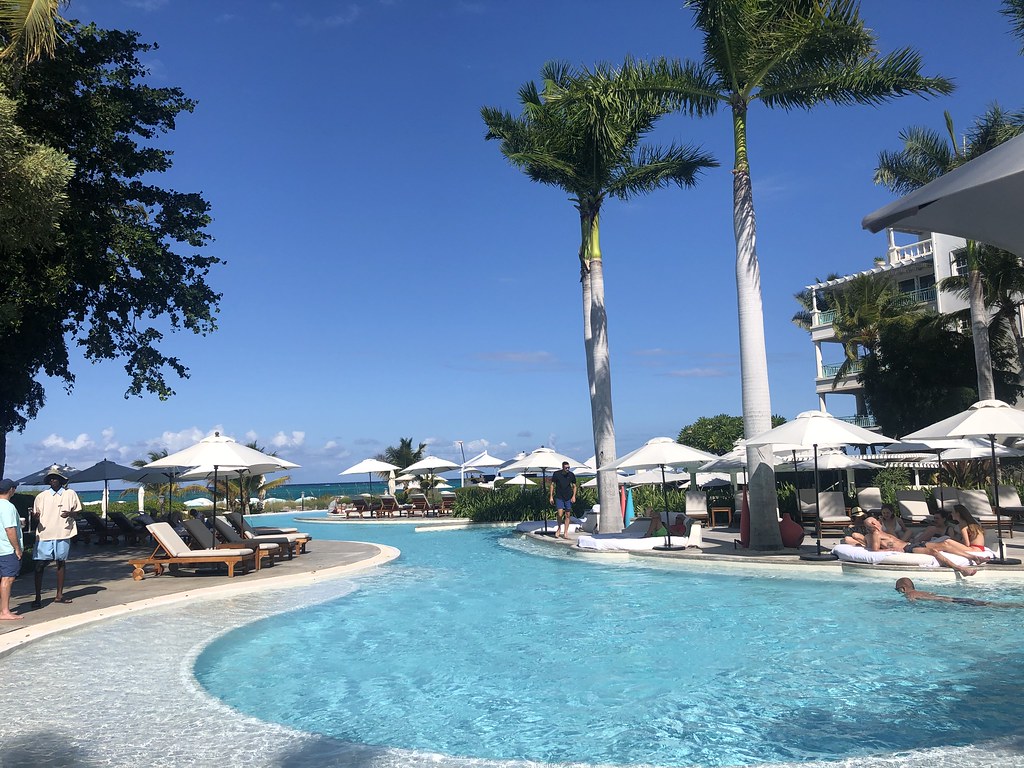 The sand on Grace Bay beach is absolutely unbelievable. It's incredibly white and as fine as talc powder. There was rarely anything washed up on the beaches and when you walked out in the water the bottom was smooth and felt like clay. It was everything I had imagined! 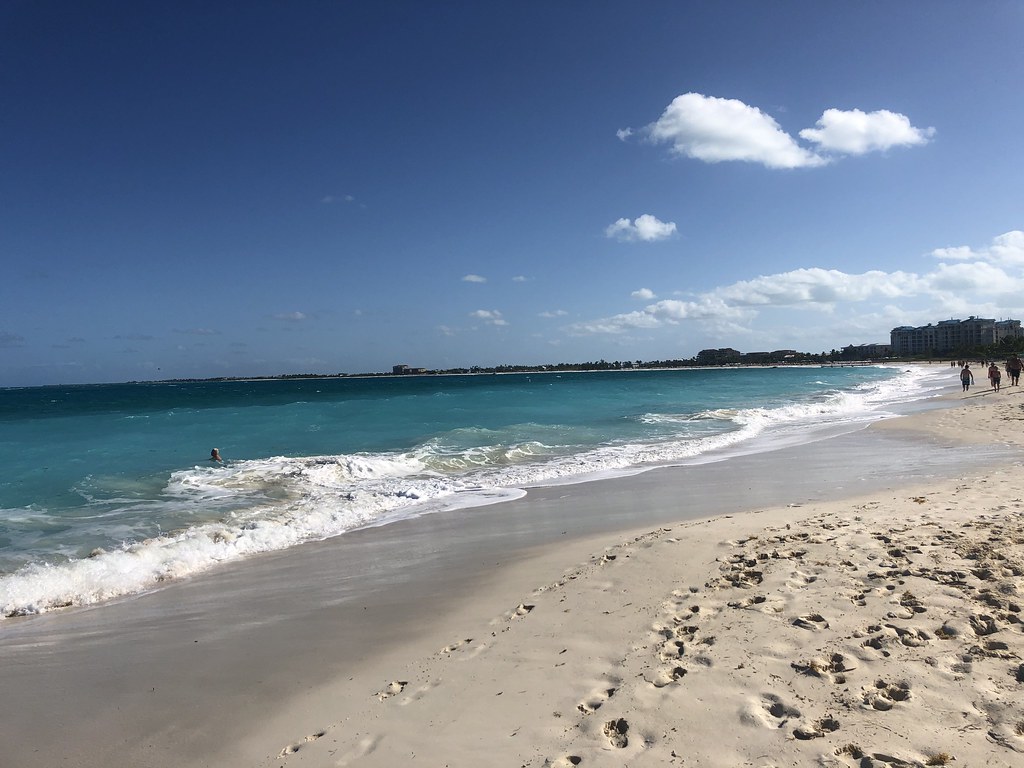 As the day grew longer, Gail and I would move to the hottub and visit with the other guests. Most seemed to be from the East Coast, especially New Jersey. 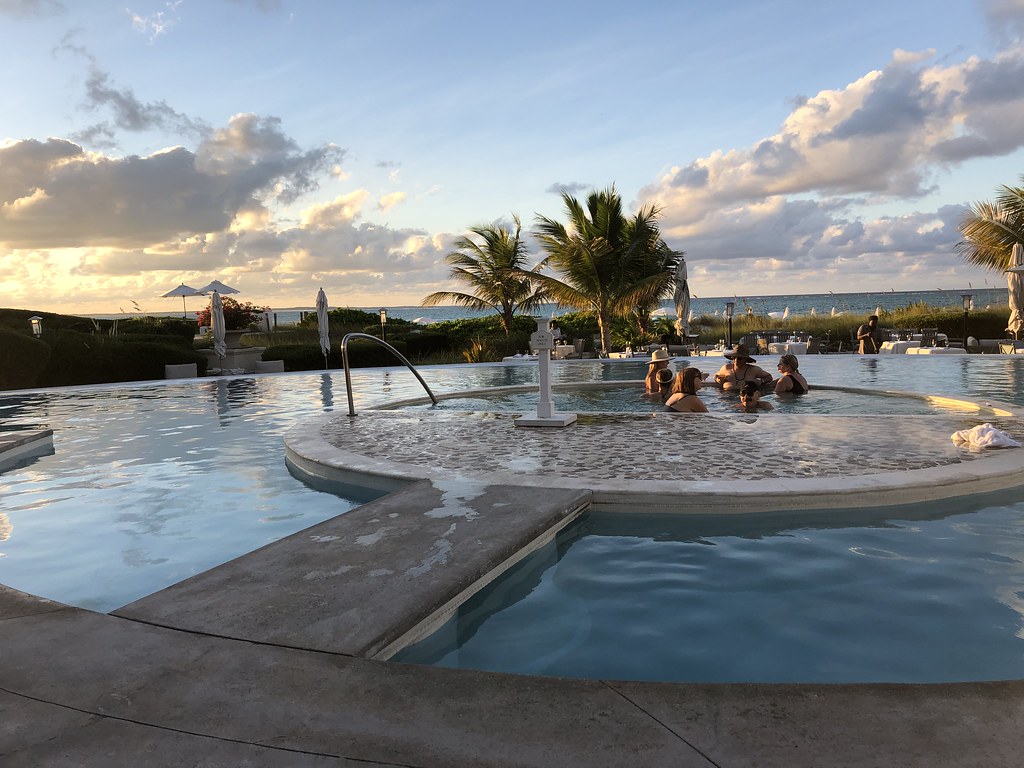 The resort had a little shack on the beach serving cocktails where most people, including us, gathered around nightly for the spectacular sunsets. 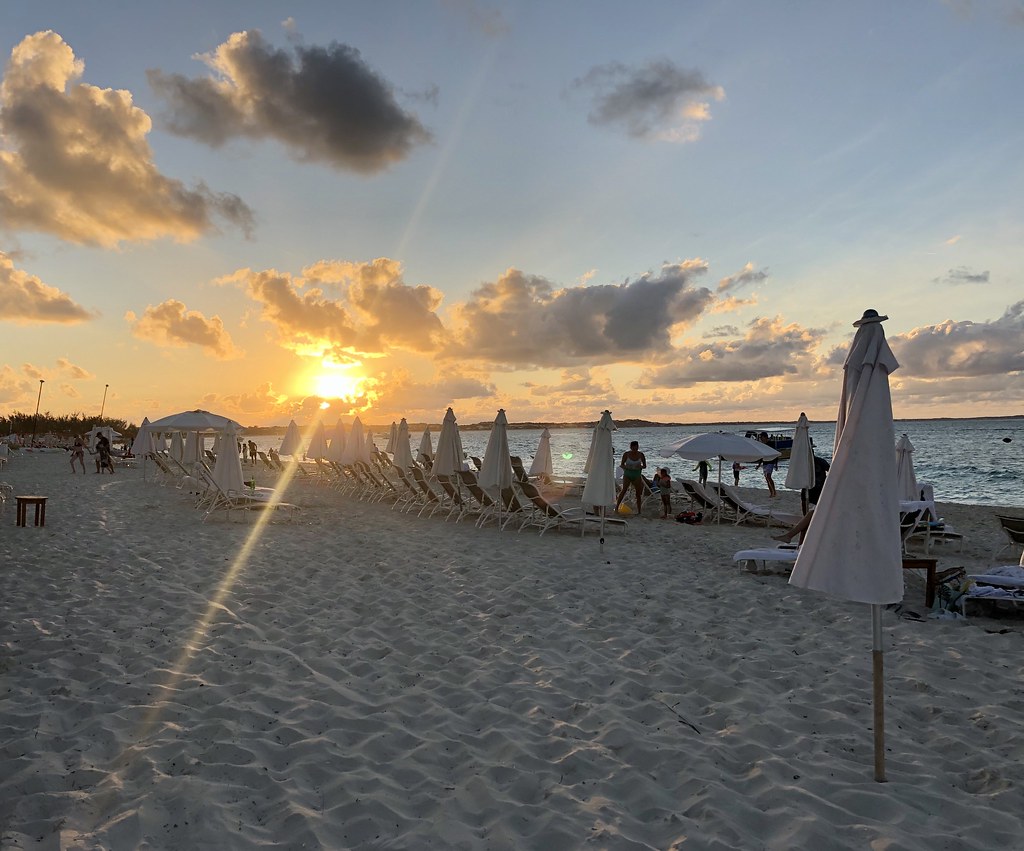 This was such a great trip! Absolutely relaxing, no running around (we did go out a bit which I'll write about next), just a gorgeous resort with wonderful service. Highly recommend!

If you are looking into traveling to the gorgeous Turks and Caicos, you can find information and updates about COVID-19 related news here.
Part two of Turks & Caicos trip here. All photos here.
at February 27, 2021